Automatron is a supercharged V8 engine and was buit from a built from a 1924 Singer Sport
using switch gear from a Lancaster Bomber, Austin 7 front wheels, hand drill mechanism for auto gear changer and huge Micky Thompson rear tyres.
there is so much to look at and the more you look the more you see, bike brake levers are used inside and Hispano-Suiza parts from either aircraft or car and parts from anything salvaged that would fit the job at hand. 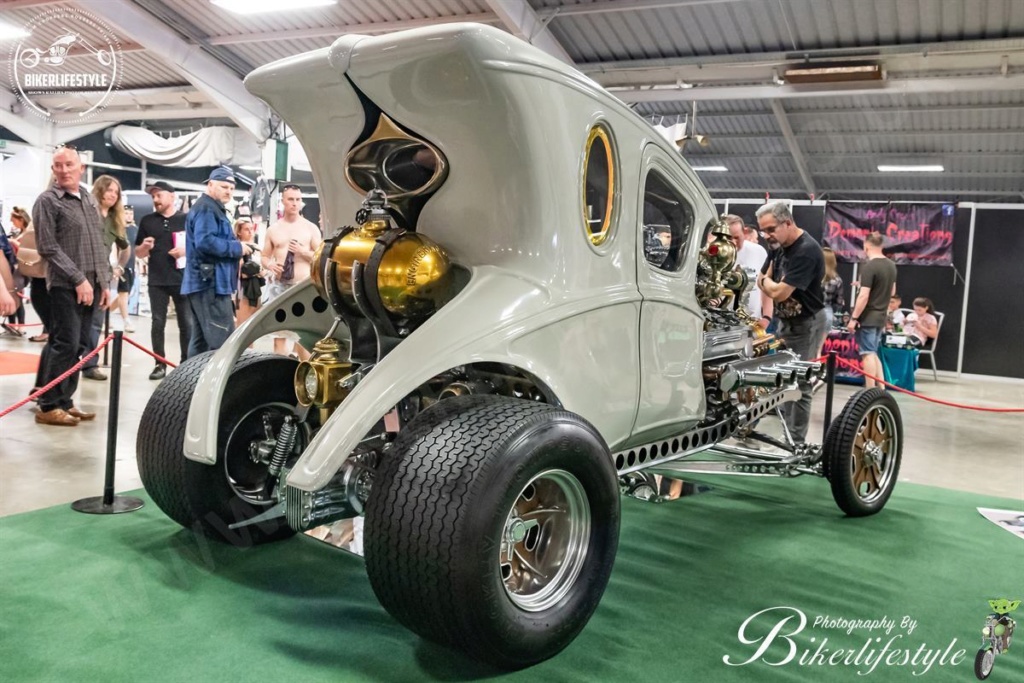 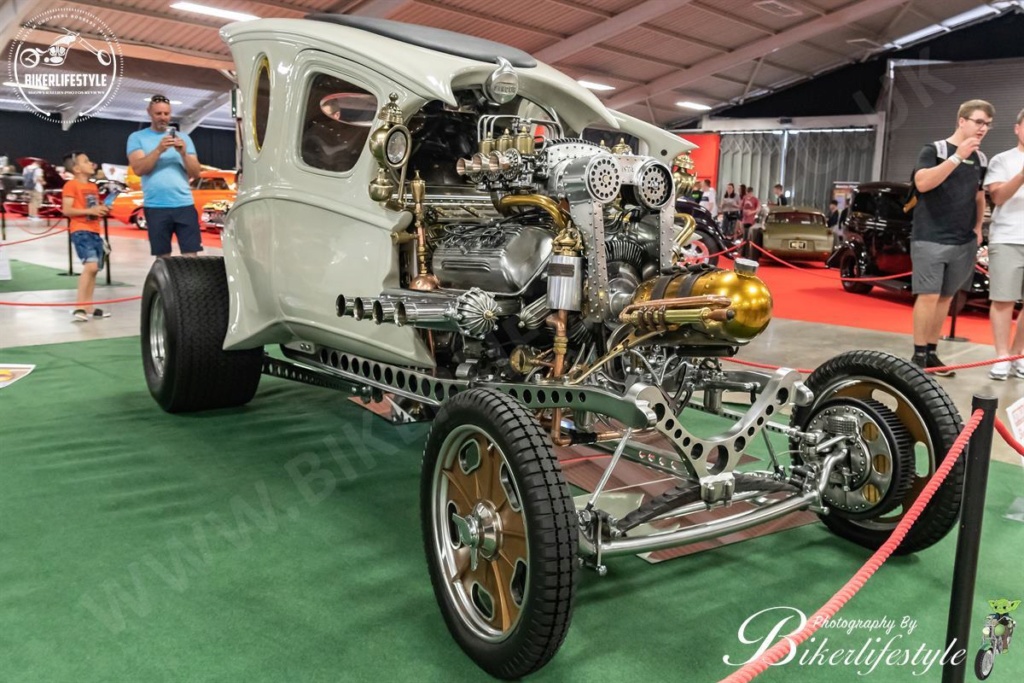 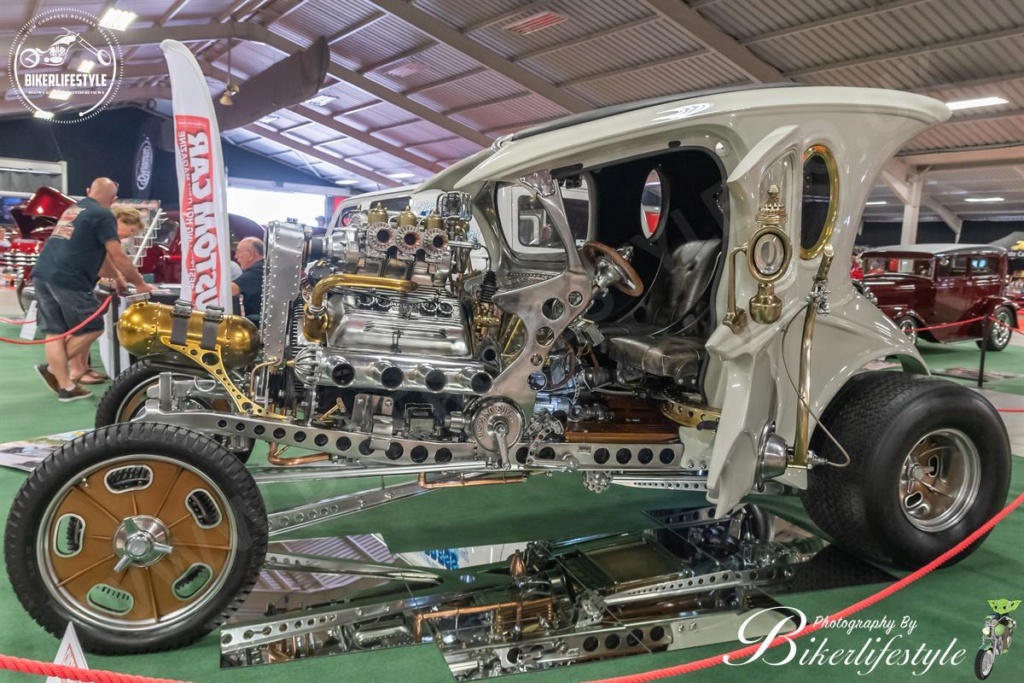 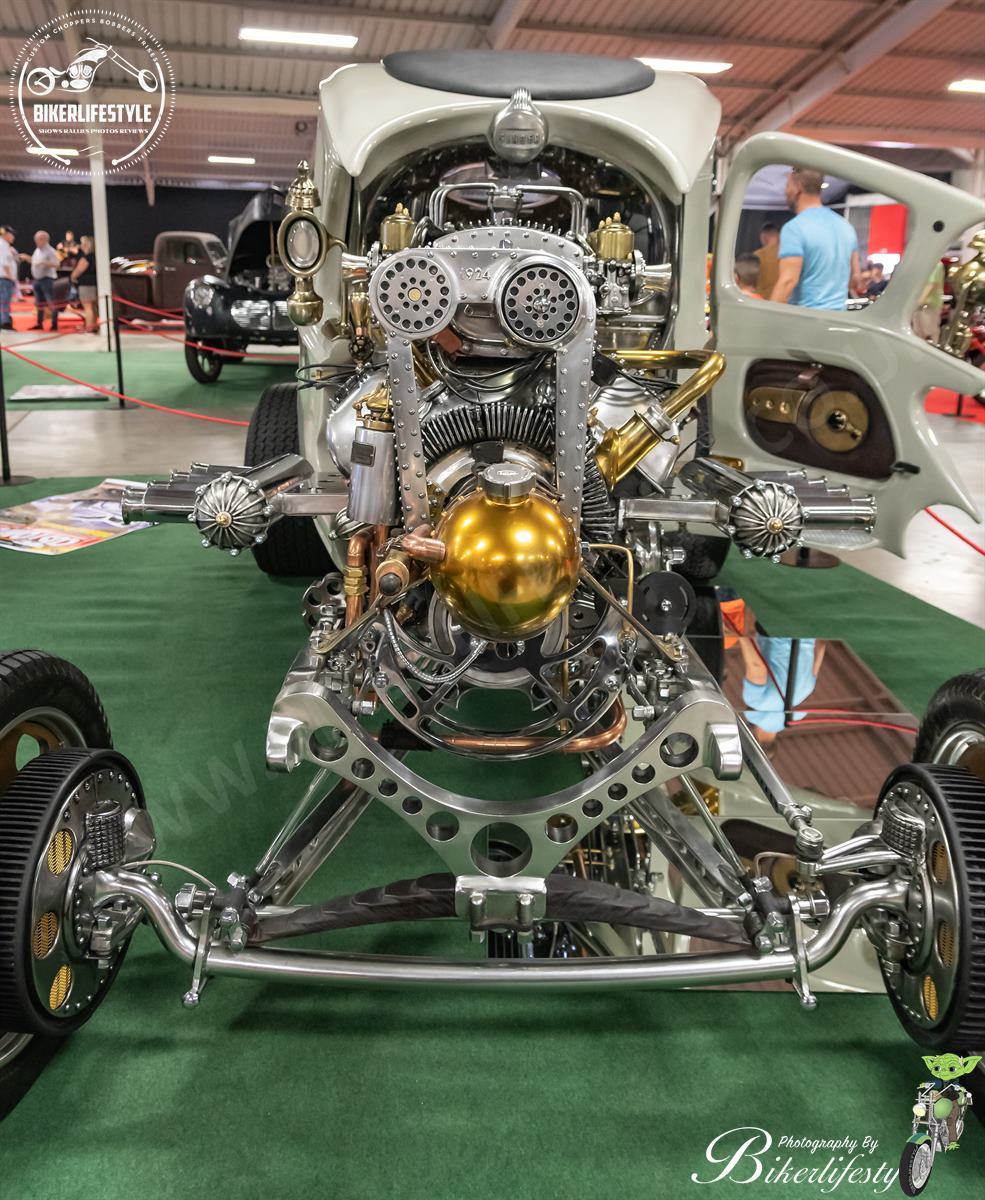 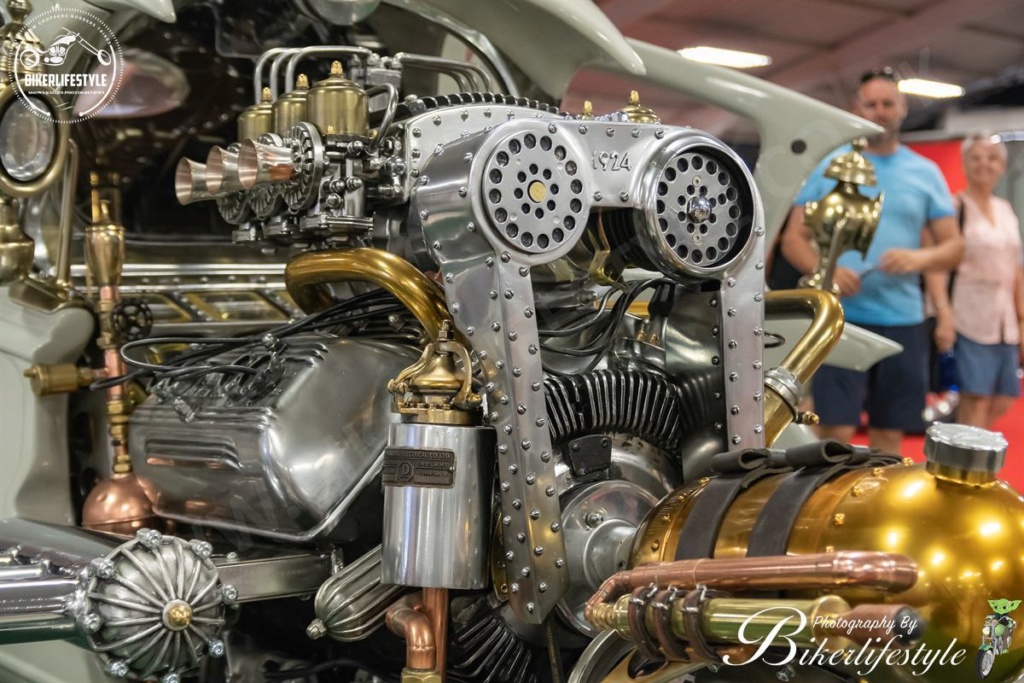 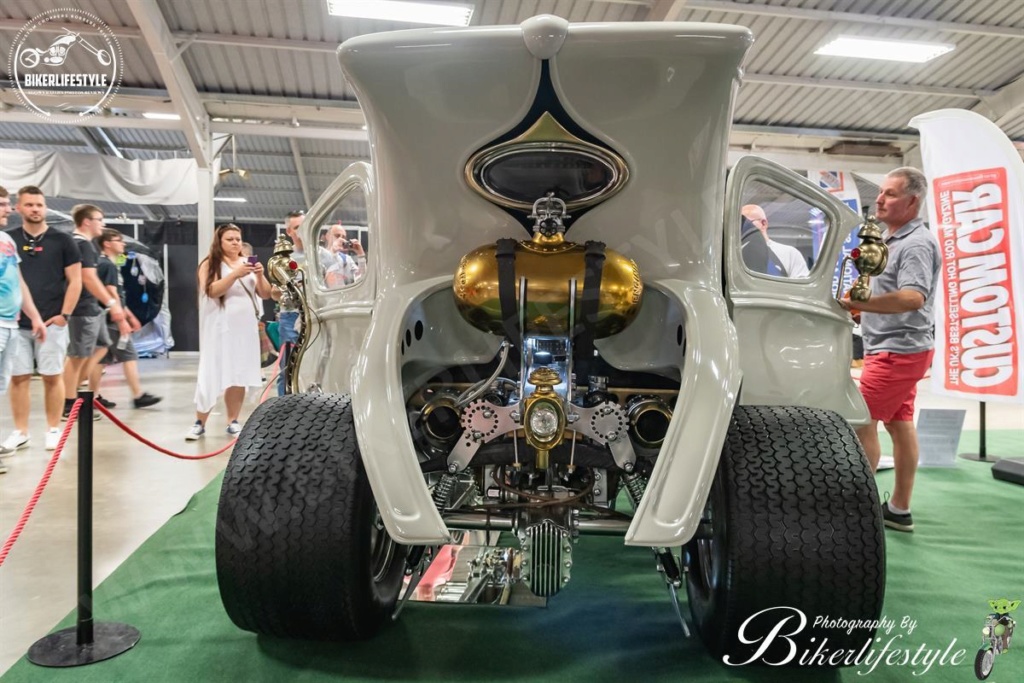 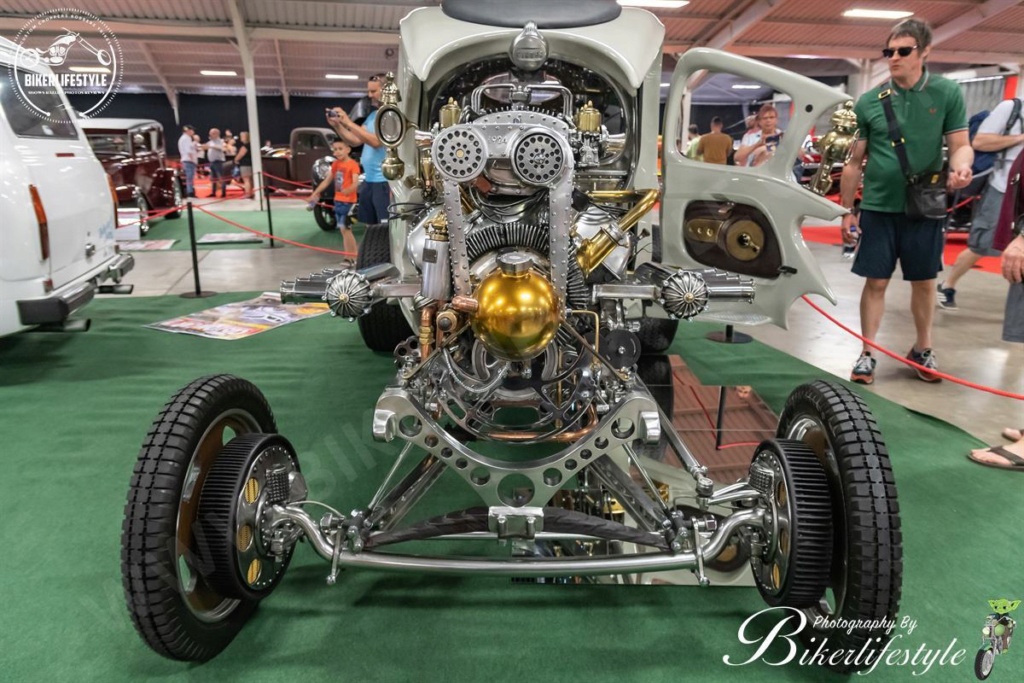 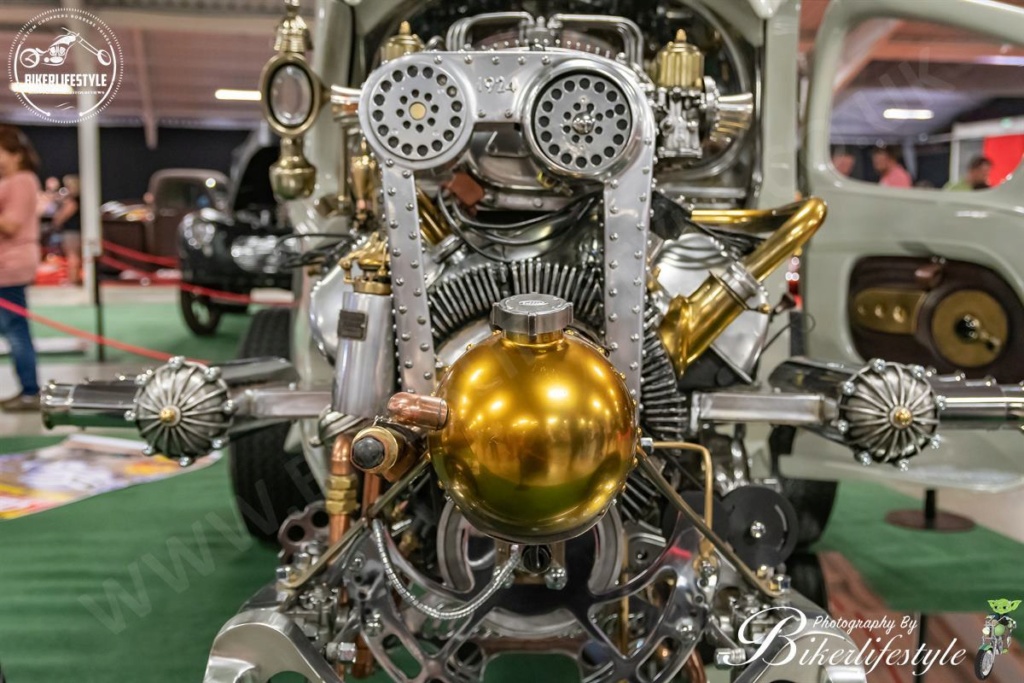 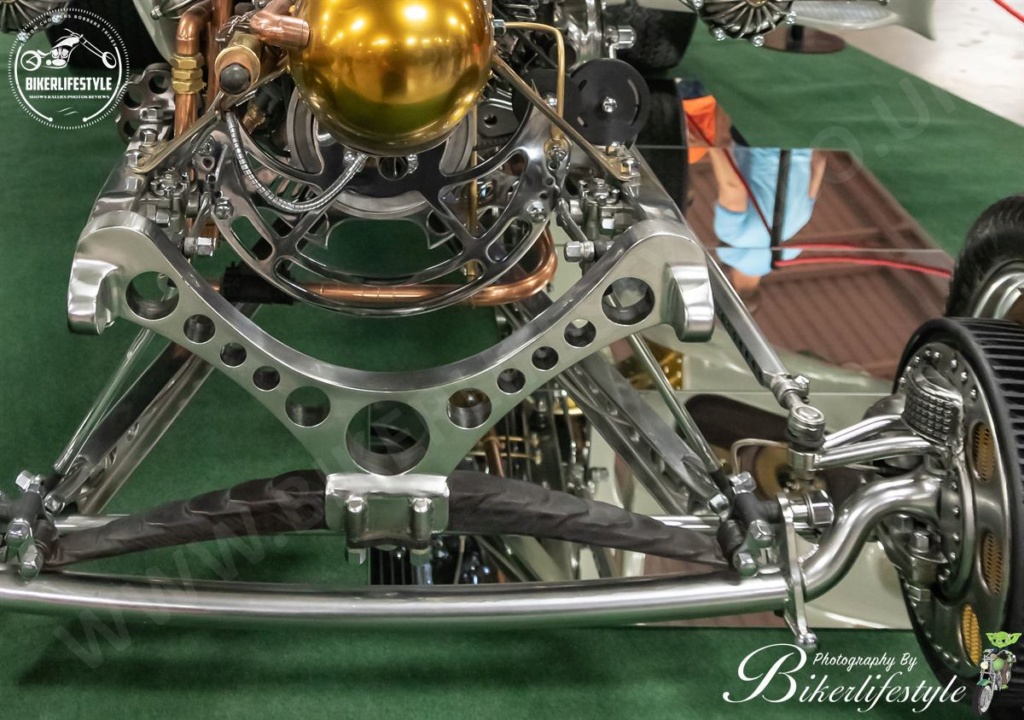 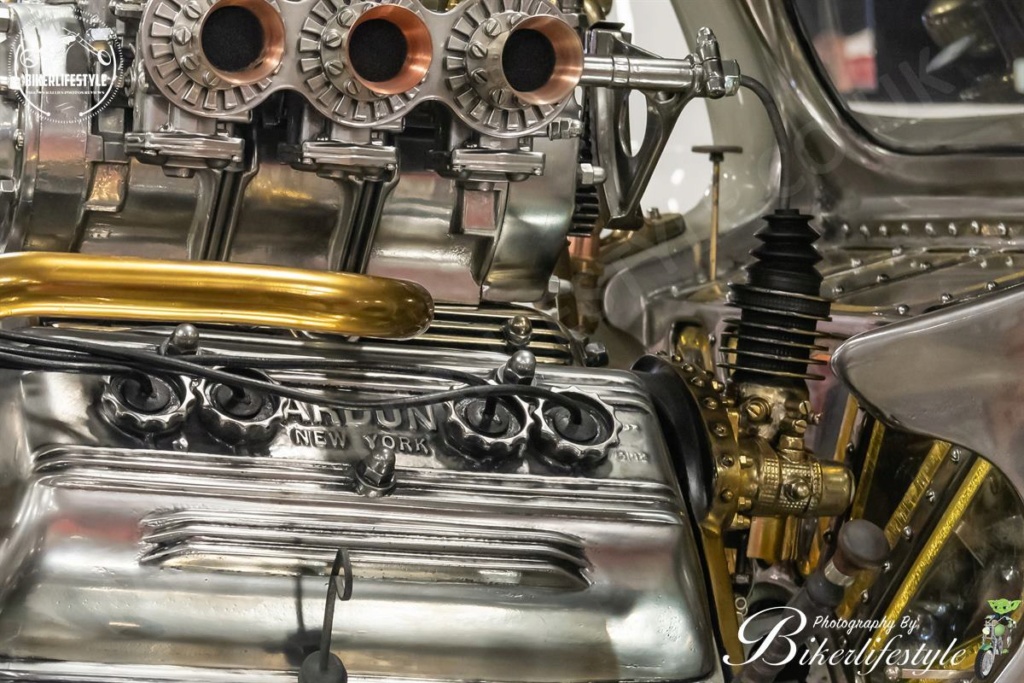 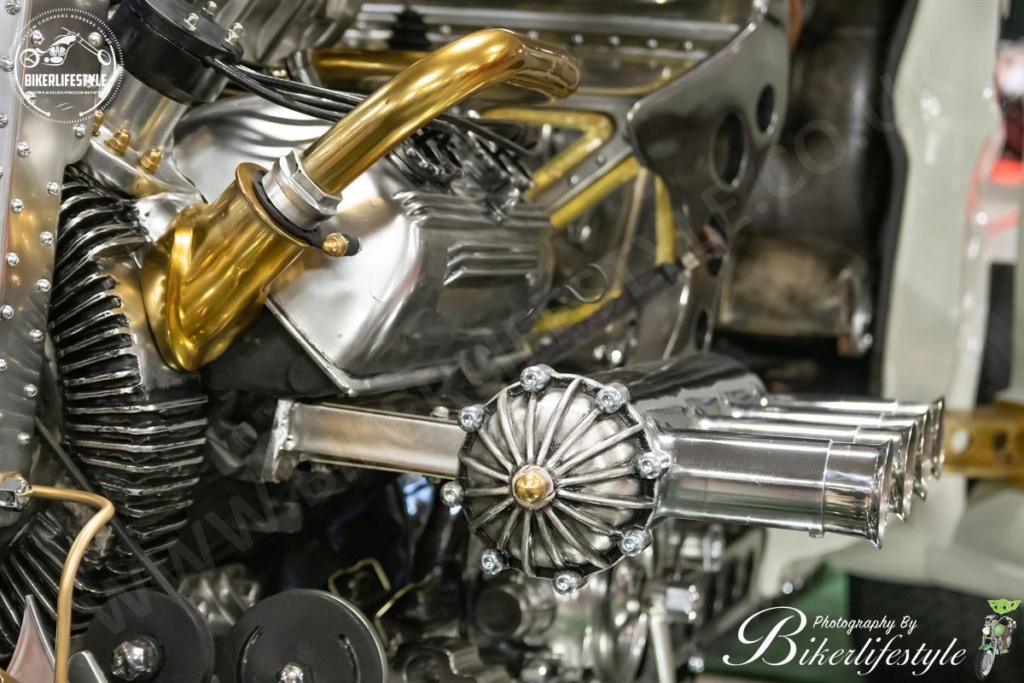 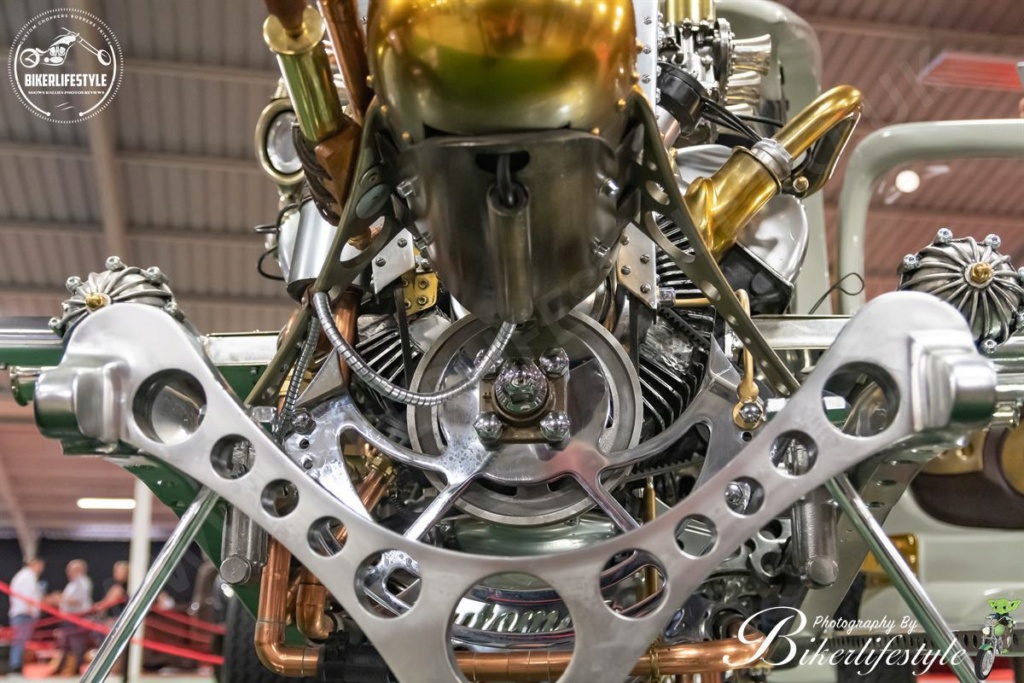 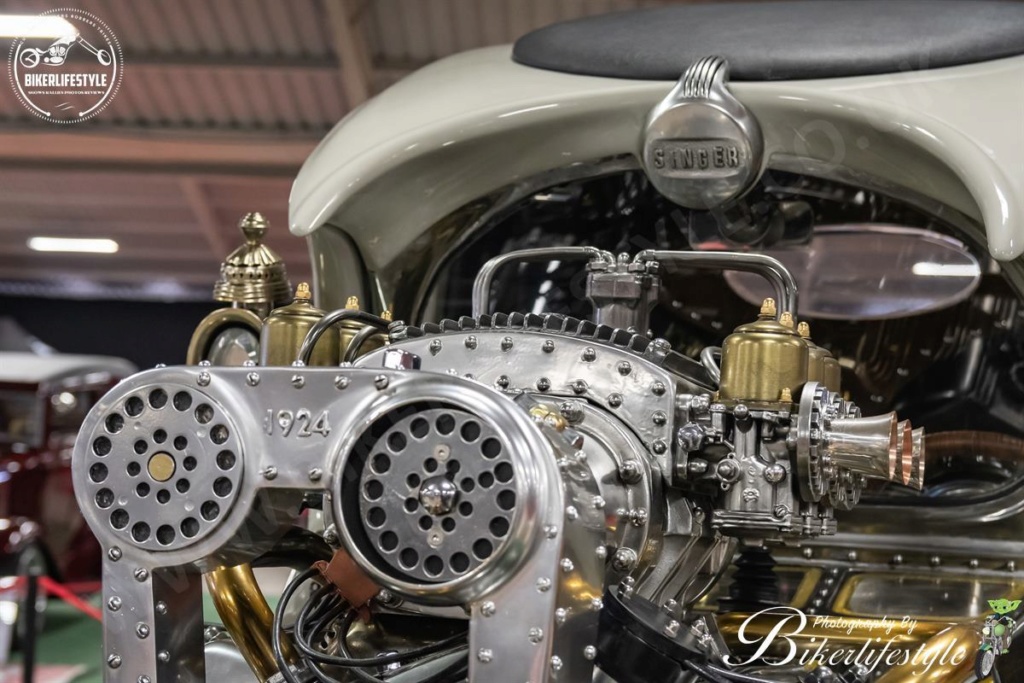 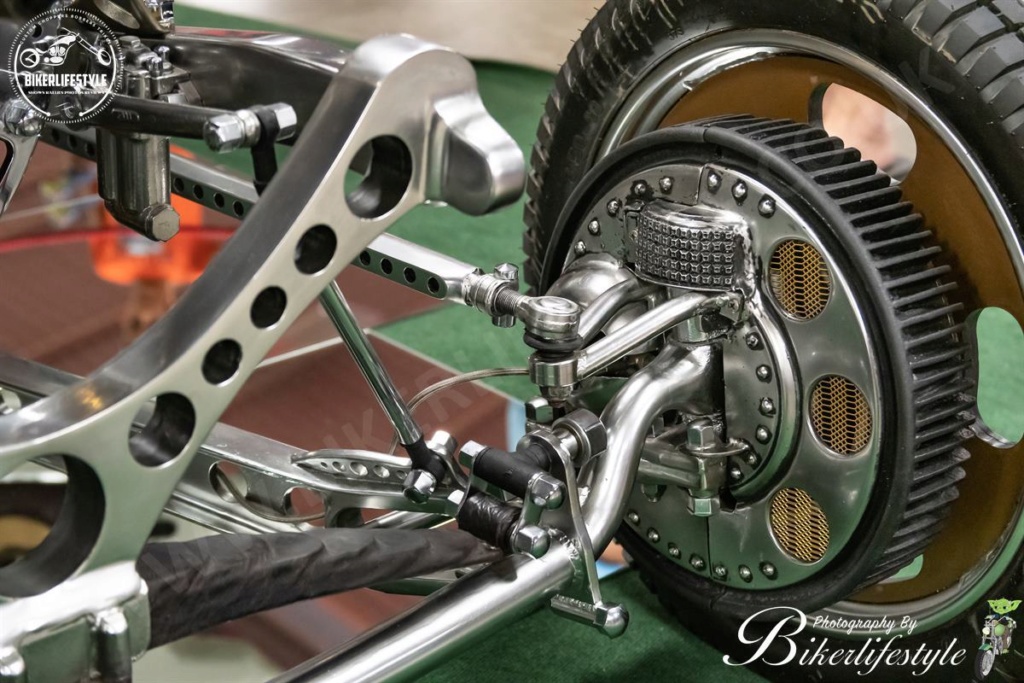 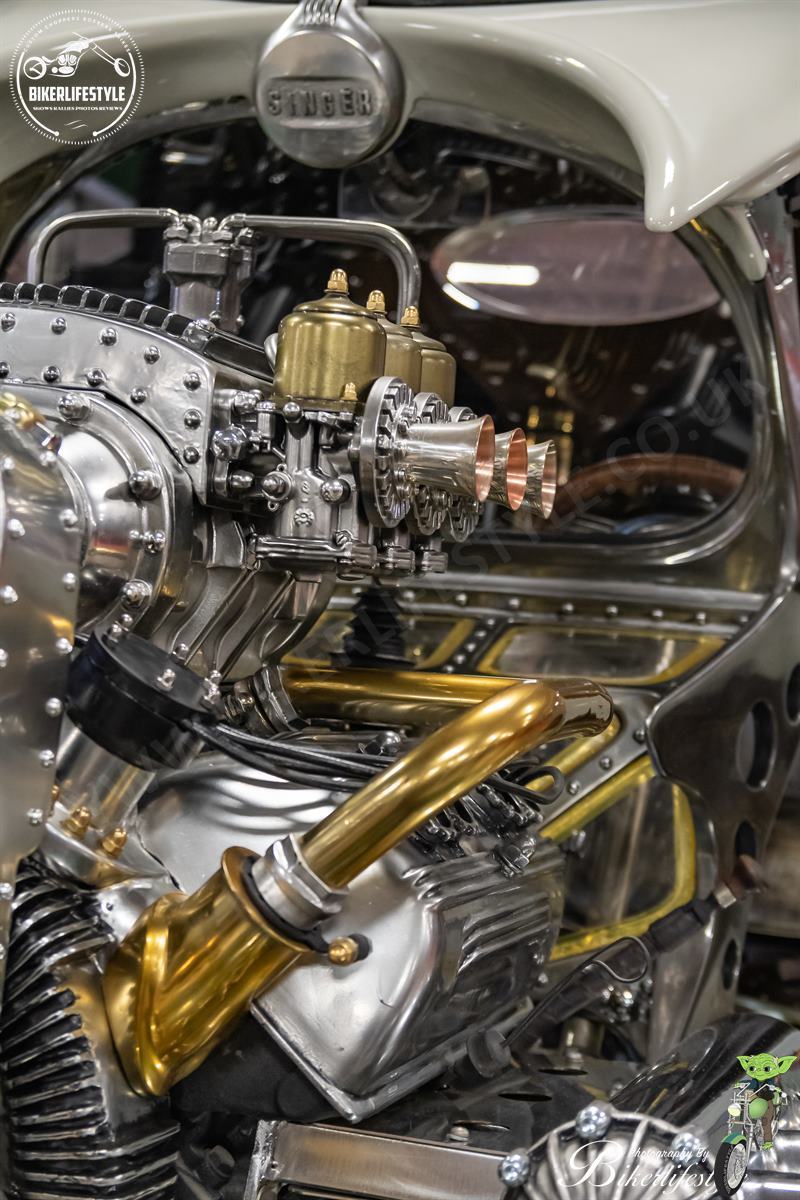 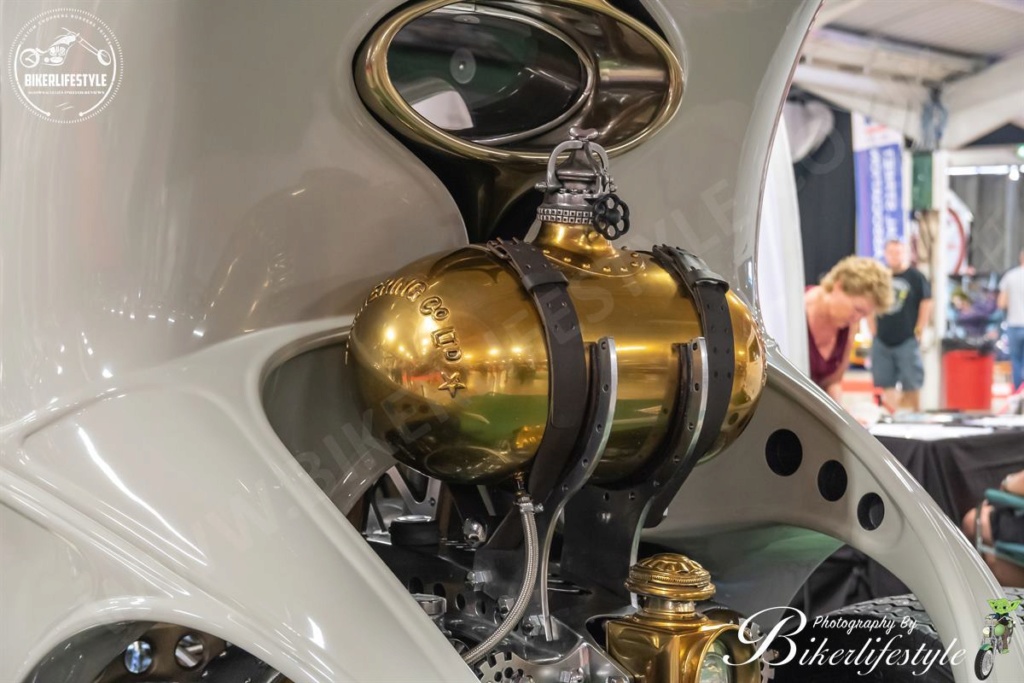 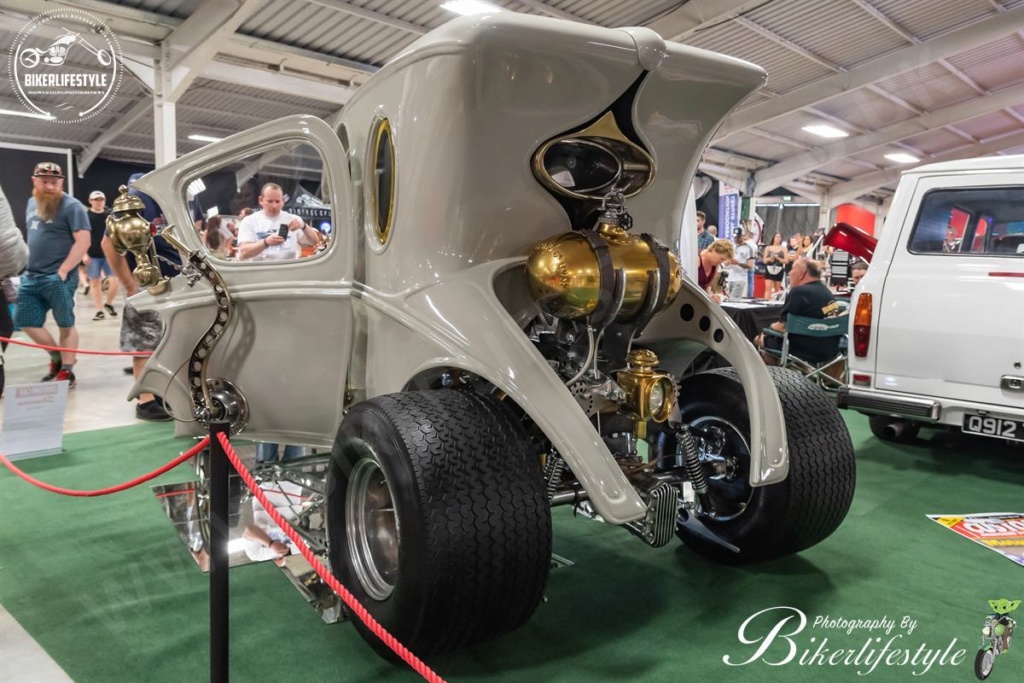 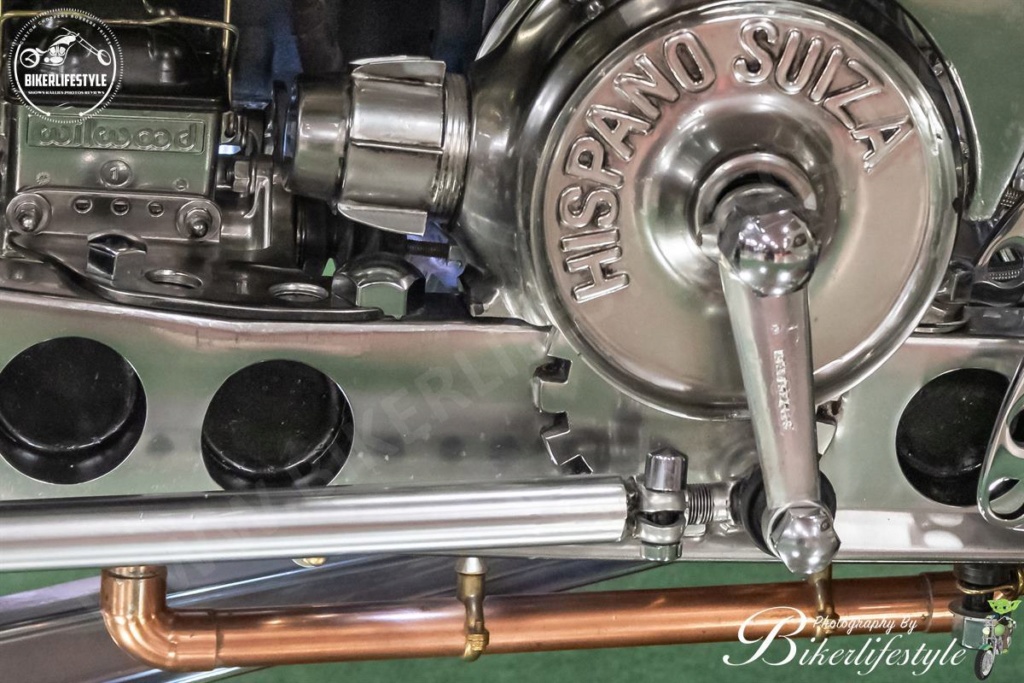 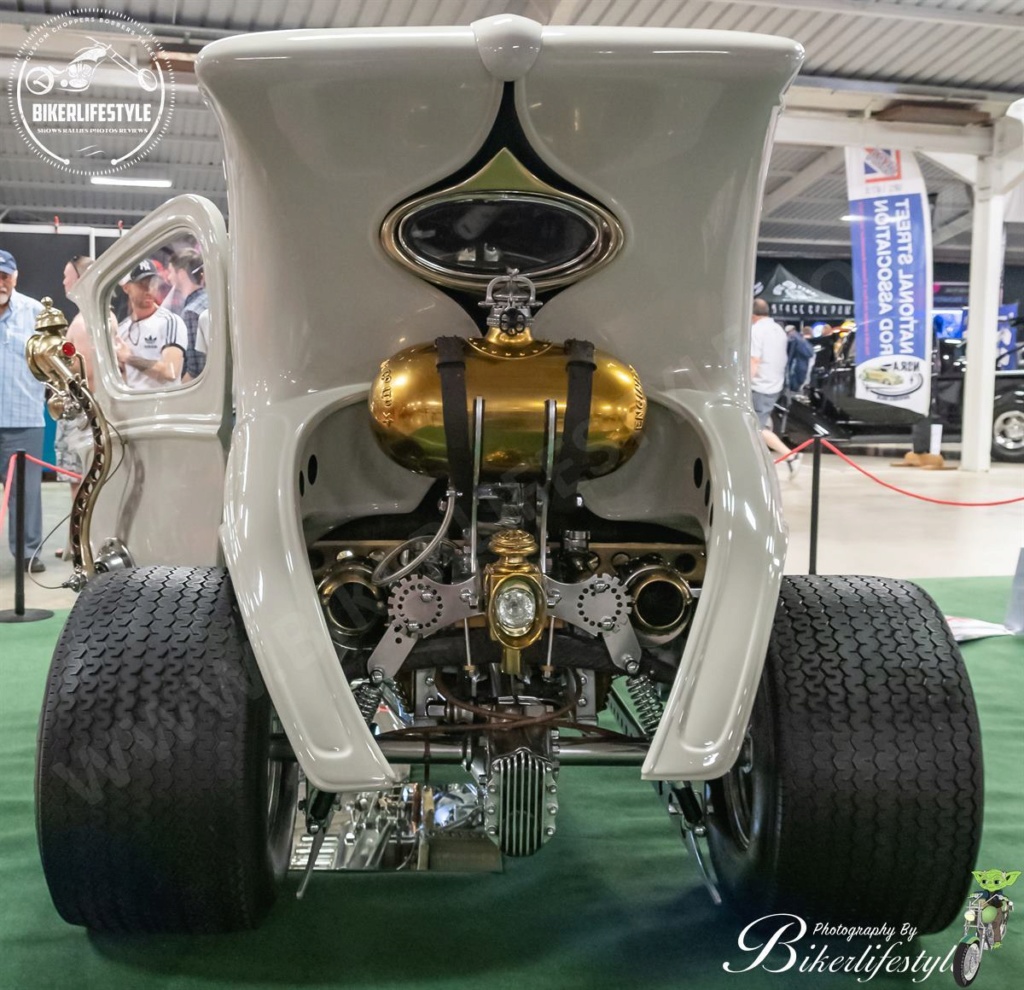 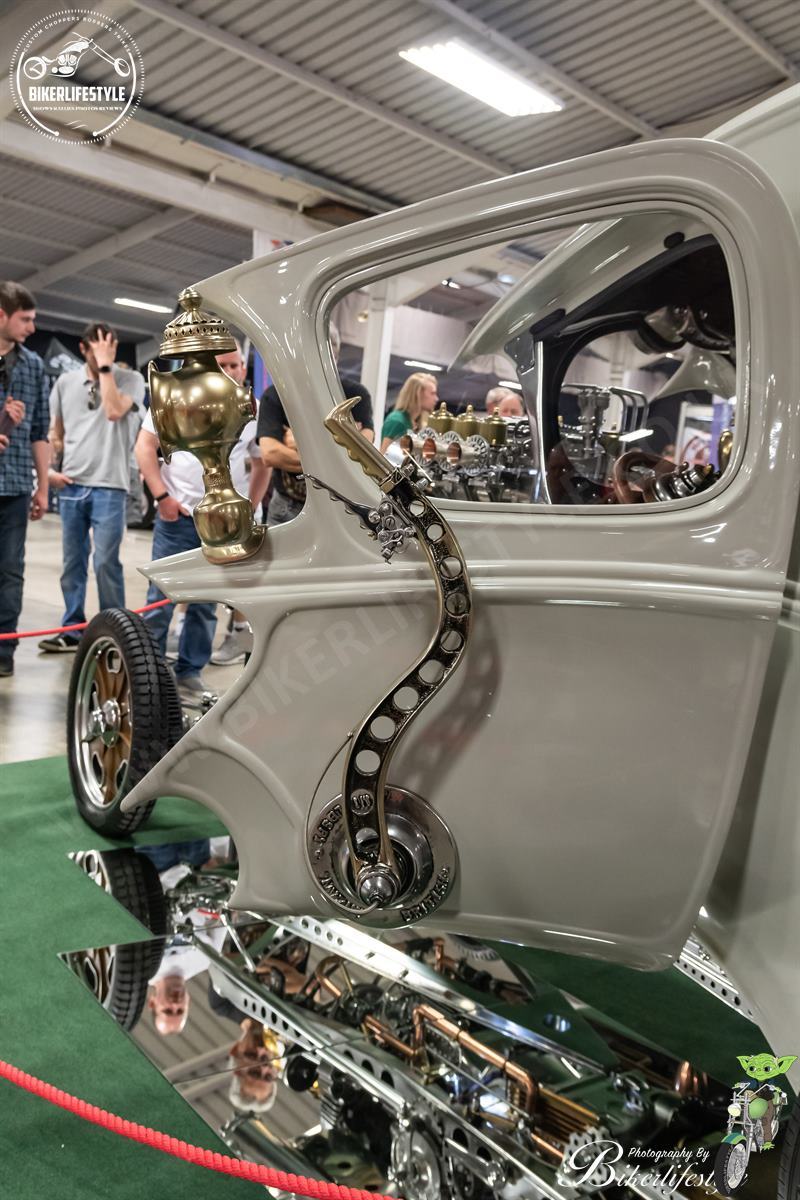 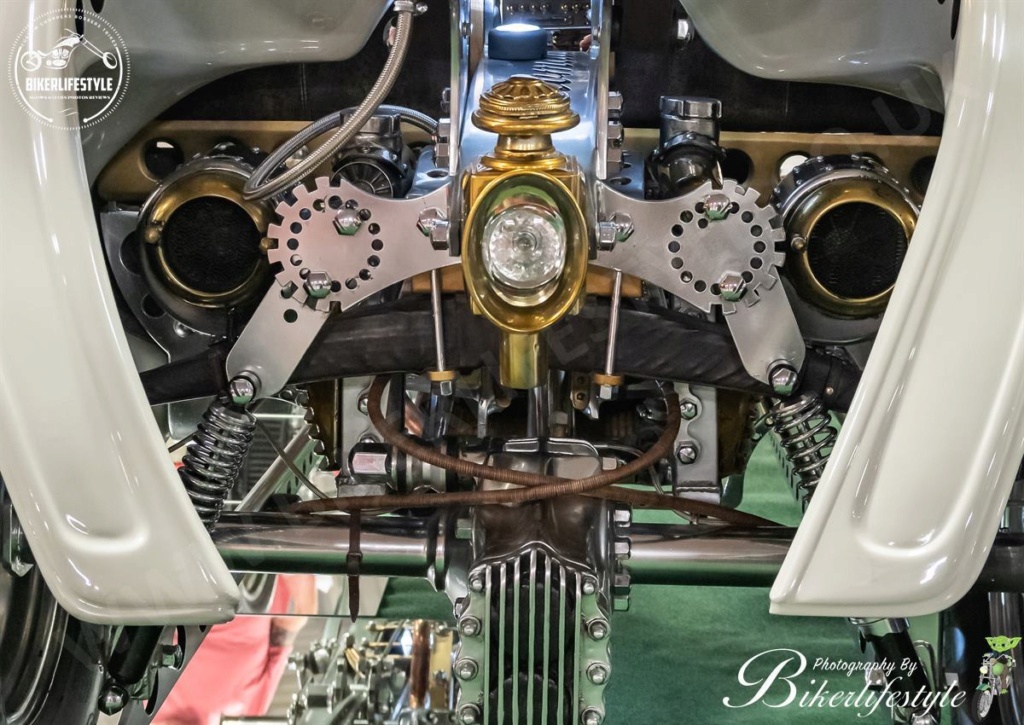