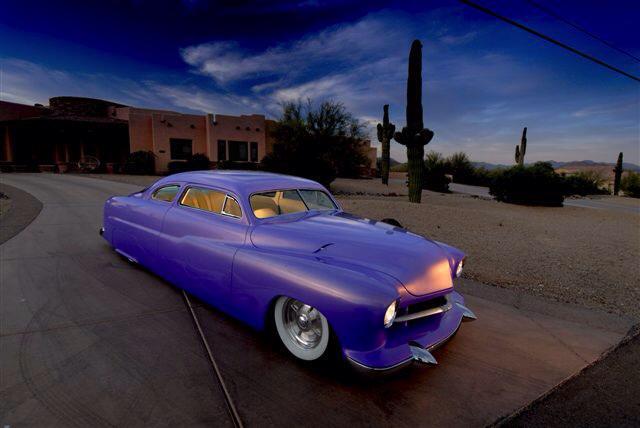 This 1951 over the top custom Merc was built by Rick Dore as his personal car and was built to be driven. Over half a century ago, when Sam Barris artfully chopped his nearly new 1949 Mercury, transforming a somewhat bulbous design into a sleek, modern show car, he initiated a trend that shows no sign of stopping. Almost overnight, as several more hammered coupes soon emerged, the radically chopped and lowered Mercury became the poster child for the burgeoning custom car movement. Over the years, countless artisans have modified Mercury coupes, but only a few efforts have achieved lasting stardom. Many changes were in store for the Mercury line in 1951, Ford Motor Company stylists extended the rear fenders on the 49 to 50 Mercury, giving the newer model a longer, more distinctive silhouette. Customizers didn€™t hesitate to begin work on this updated canvas. The famous Barris built, hard topped 1951 Mercury, constructed for Bob Hirohata and copied many times, has long been considered the definitive early 51. With the hindsight of history, and incorporating his own inspired vision, Rick Dore created his own signature Mercury which is reminiscent of older customs, yet with a thoroughly modern chassis and drive train. Acknowledged as one of the country€™s premier custom craftsmen, Dore has been elected to four Custom Car Halls of Fame, and won awards at every major venue, including the SEMA Show in Las Vegas. Dore€™s inimitable technique is to subtly elaborate on classic custom car themes, enhancing them with a combination of past and contemporary styling cues. Starting with an excellent 1951 Mercury coupe, Dore chopped the top four inches in front and five and a half inches in the rear, then reshaped the entire roof, creating a smooth rearward sweep. That involved carefully modifying the panel area behind the rear windshield, and substituting an earlier 50 Merc rear window to retain a continuous line. In keeping with classic custom practice, the body was nosed, decked and unique hood vents with chrome spears were added. The door handles were then shaved, all superfluous trim was removed, and a set of hand-formed and flared fender skirts were fabricated, then flush-fitted. The floating grille bar is a one off creation, and those subtly peaked headlights are reminiscent of 56 Olds units, with the front fenders extended to accommodate them. The rear fenders were lengthened to enclose hand formed, lucite taillights making the car appear a mile long to give it that look. Smoothed bumpers, created from Cadillac components, with 53 Cadillac bumperettes, are devoid of any disruptions. All the bodywork was accomplished in metal. It€™s flawless, as you€™d expect on a Rick Dore custom. The gleaming, iridescent lavender pearl finish by the legendary Art Himsl fades subtly from top to bottom and subtle ghost flames enhance the look to perfection. It€™s a significant element of Rick Dore€™s signature. Inside, front bucket seats and cleverly sculpted rear seats were trimmed in soft white pearl leatherette, complemented by a unique console that flows in a continuous line from the custom dash, through the passenger compartment, then up to the rear package tray. Custom garnish moldings were especially created to accentuate the chopped windows. The Art Deco steering wheel is from a 40 Ford, and it€™s seamlessly mounted to a GM tilt column. The reshaped Mercury body has been mounted on a modified 1980 Buick chassis, with AirRide adjustable suspension, instantly modernizing the car, improving its braking capability, and providing a smooth, reliable platform. Unlike the old Mercury underpinnings, this new chassis can readily be repaired, should the need ever arise. Colorado Custom billet wheels were created to resemble those of a 56 Cadillac. Under the nosed and smoothed hood is a reliable 350 cubic inch Chevrolet V8 linked to a 350 Turbo-Hydromantic transmission. There is no question that this Merc is the finest in market today. The original Colorado Custom front rims come with the car in addition to the hand made 40 Ford steering wheel. As we all know personal touches are important to any owner, the current owner has installed a Colorado Customs billet flamed steering wheel with white leather ring trim to complement this stunning Sled. The list of up-grades by the current owner goes on and on, here are just a few: Remote door and trunk entry. Custom one off 4 piece front hub caps that you just have to see to believe. Custom Mounted lake pipes which can be easily removed and re-installed. All new air bag system with 2 via air pumps on remote. Thumping sound system with remote and Ipod hook up. 1950€™s original California embossed black and yellow license plate 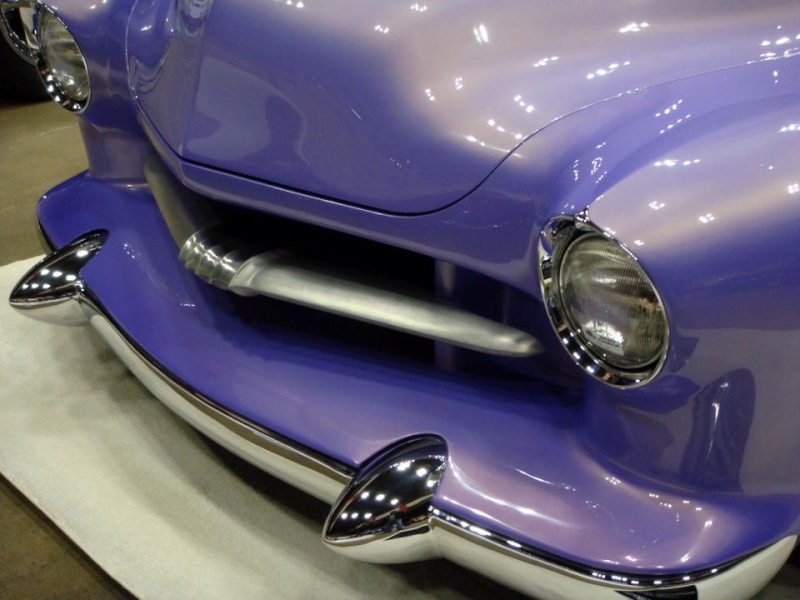 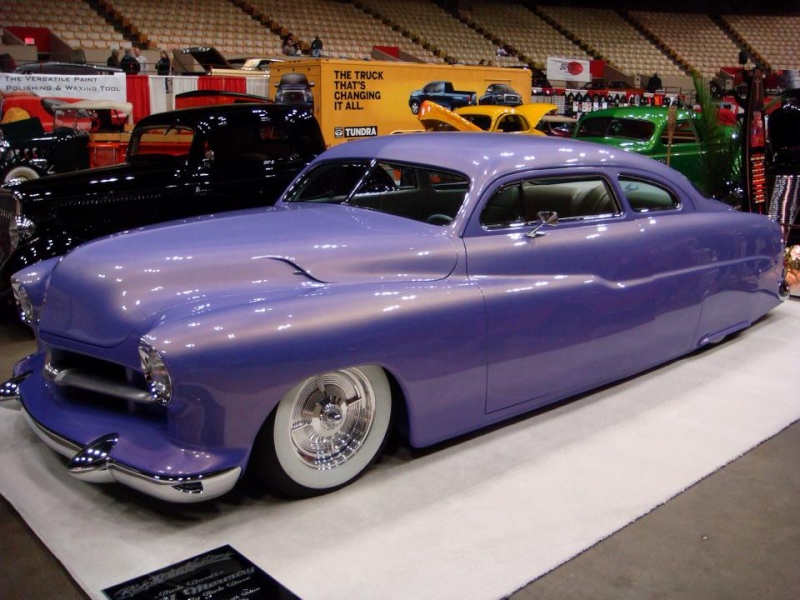 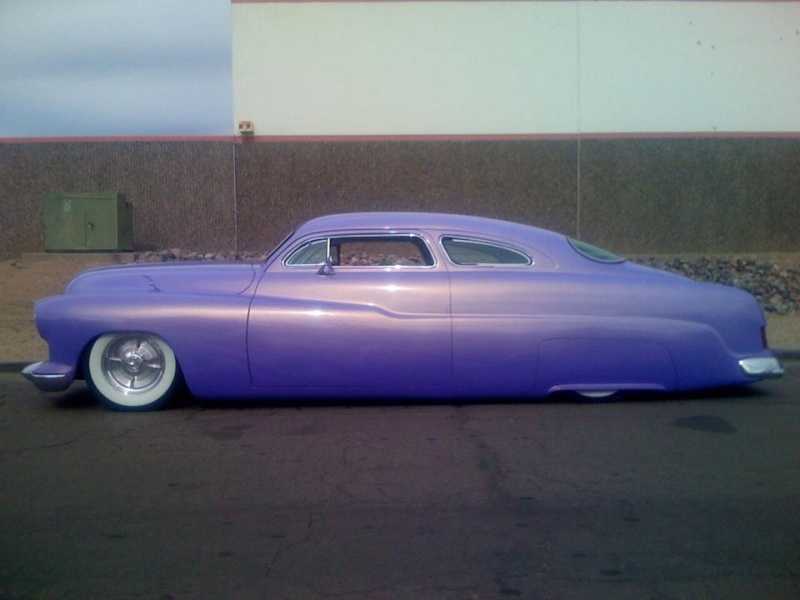 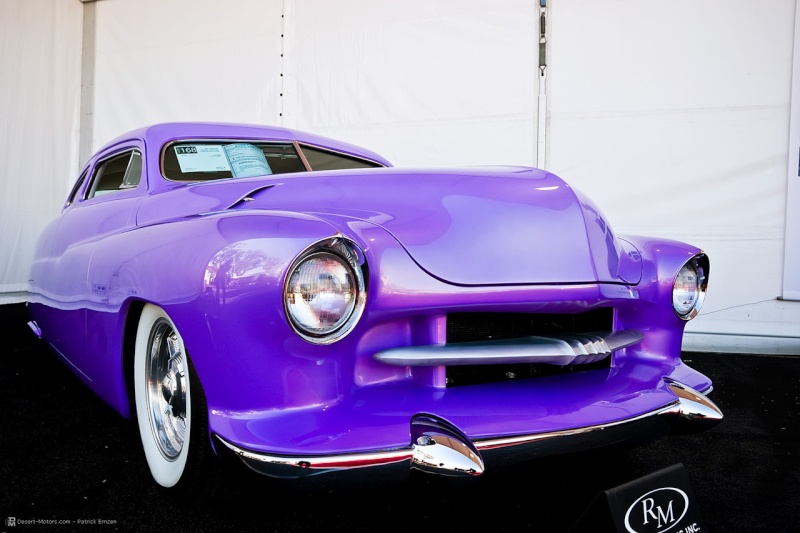 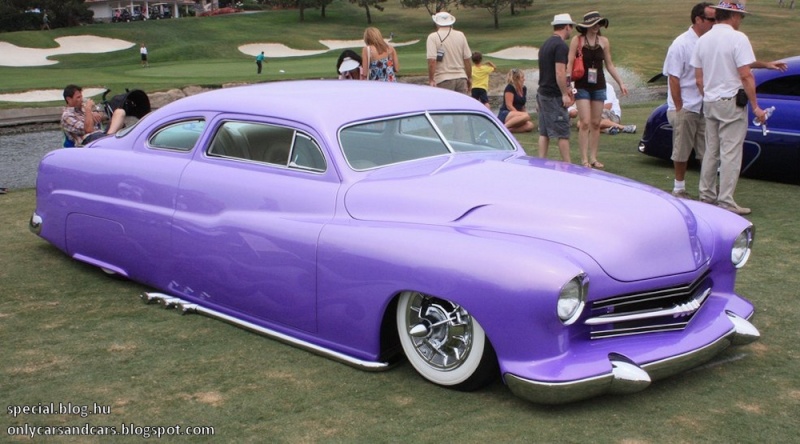 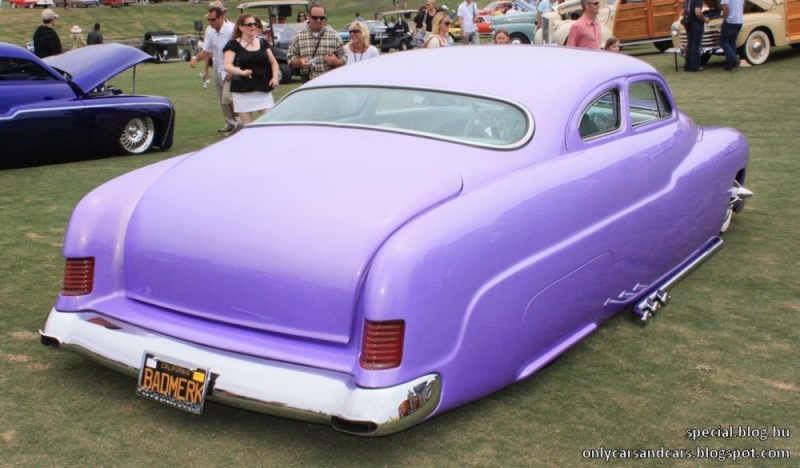 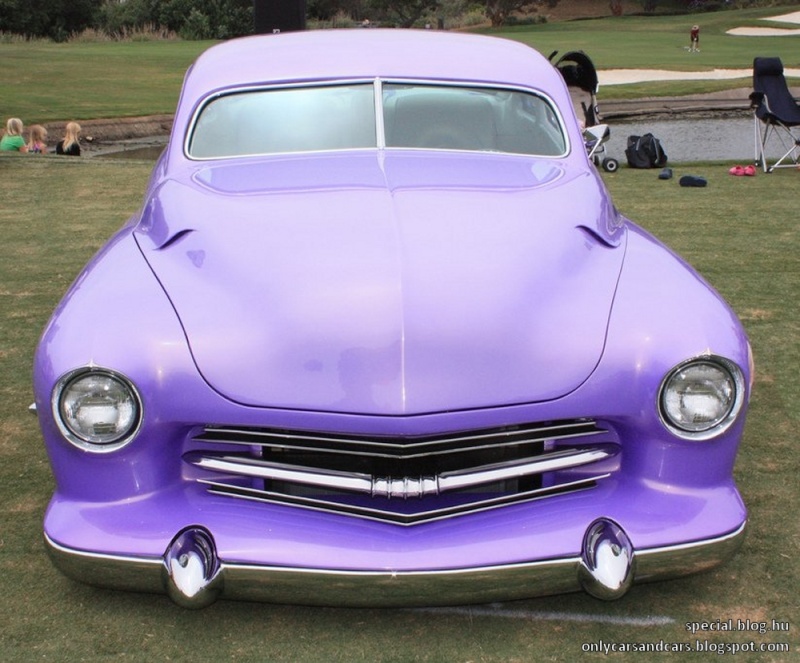 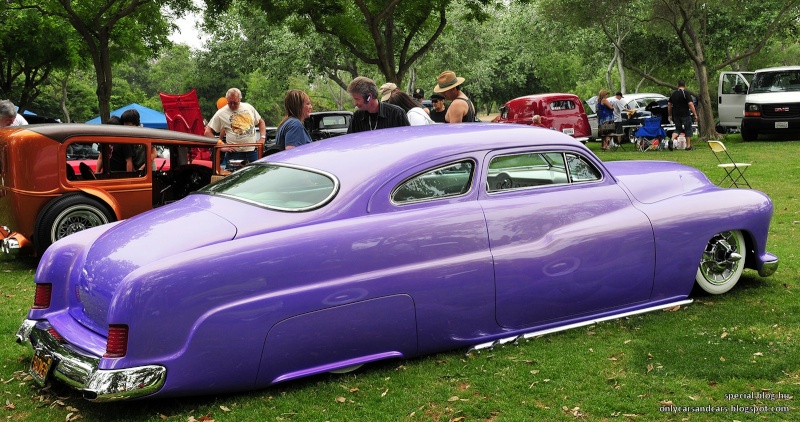 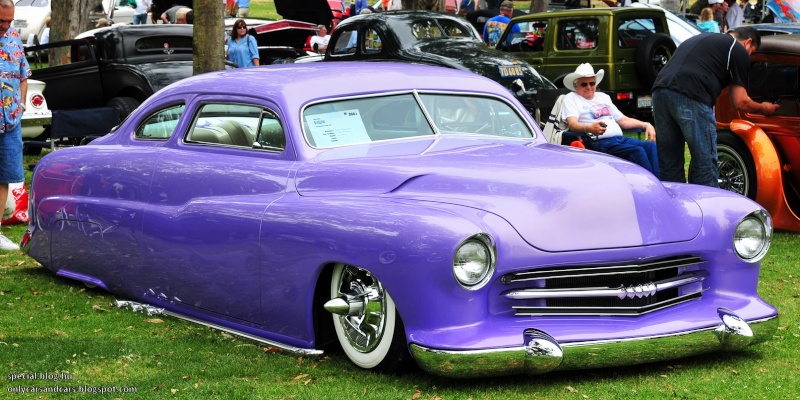 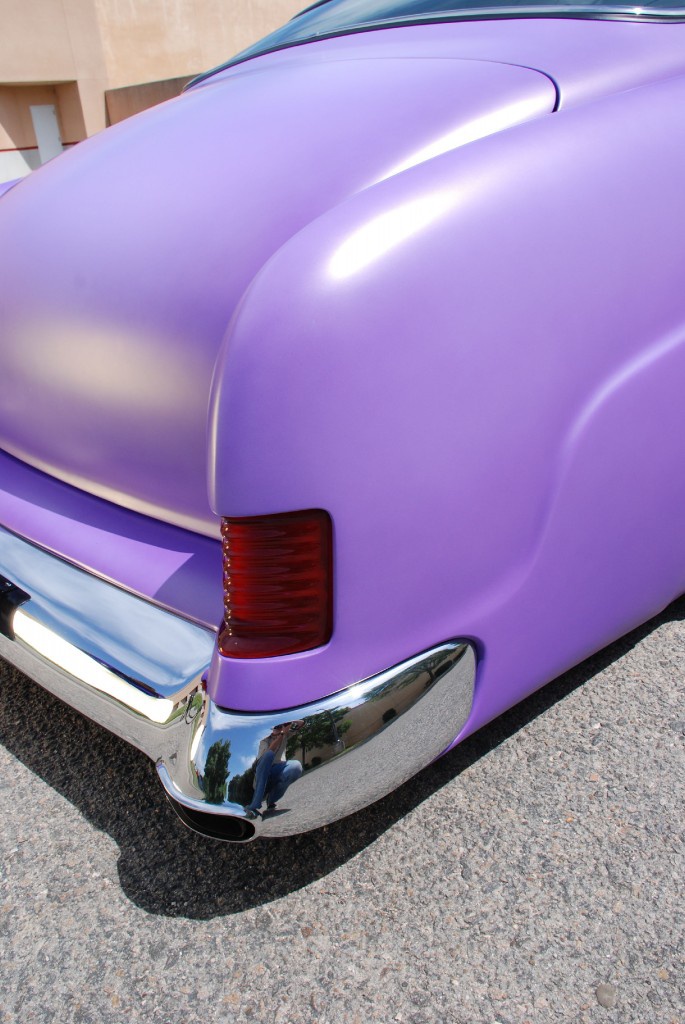 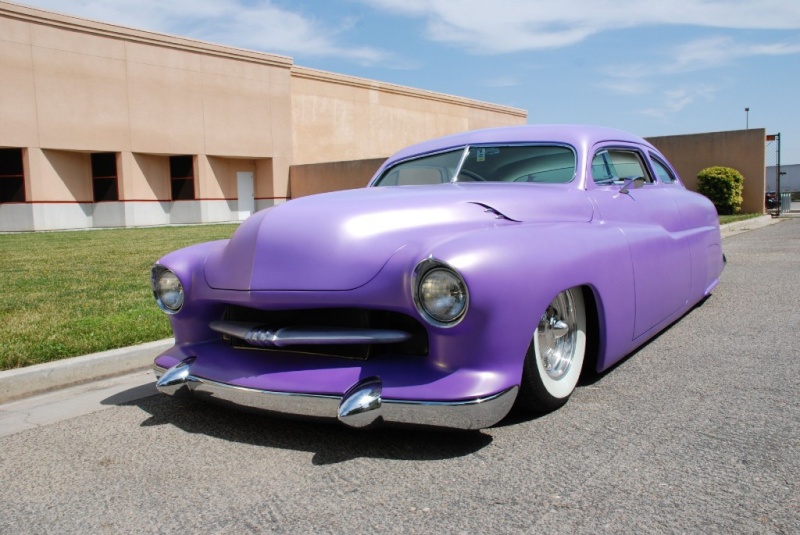 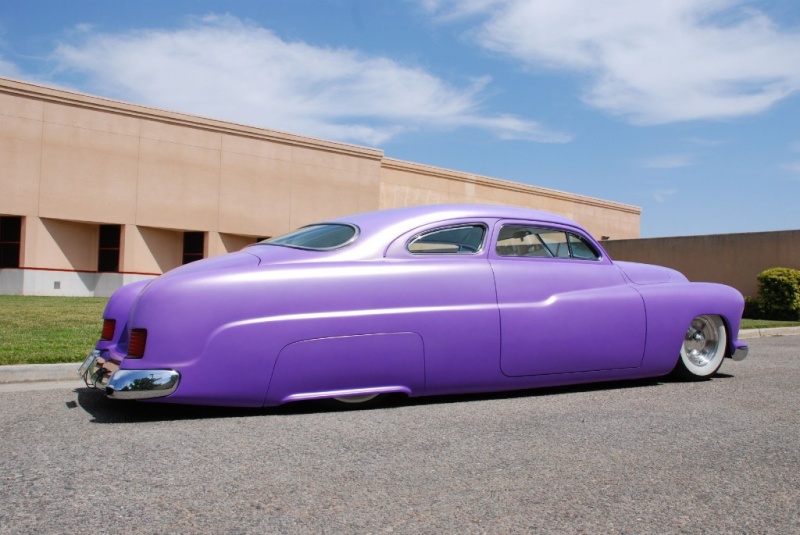 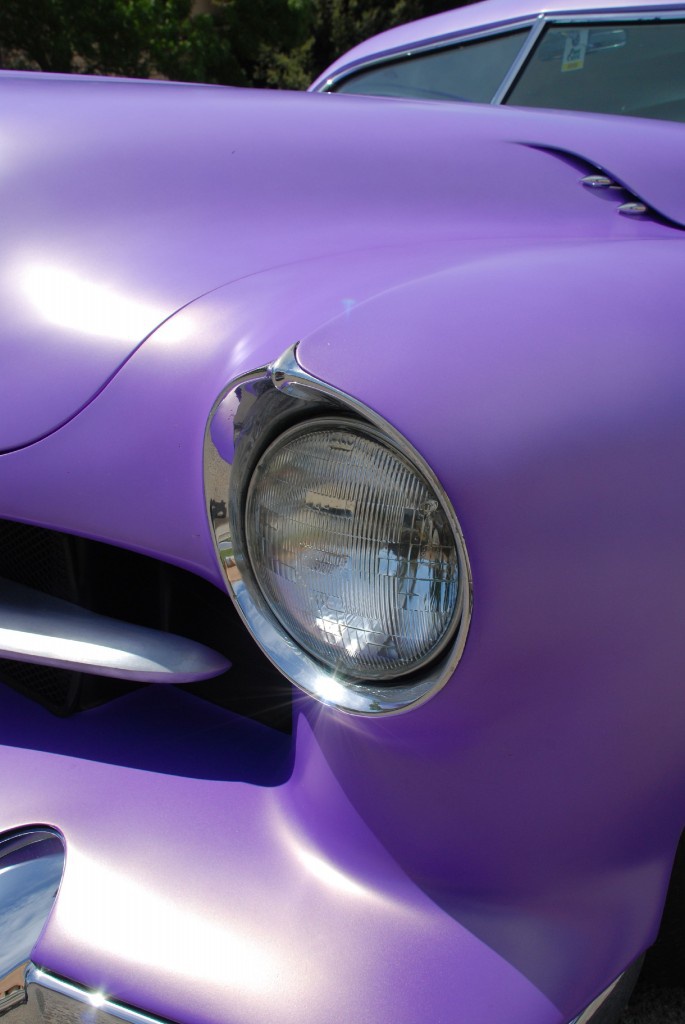 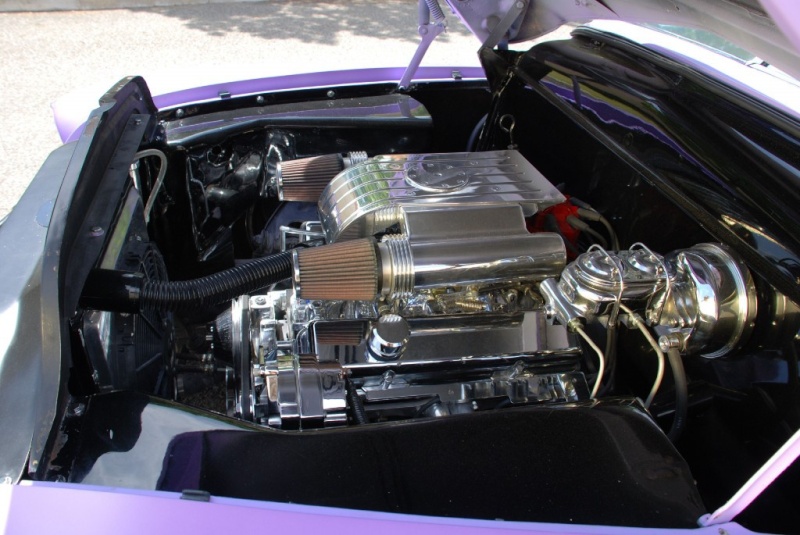 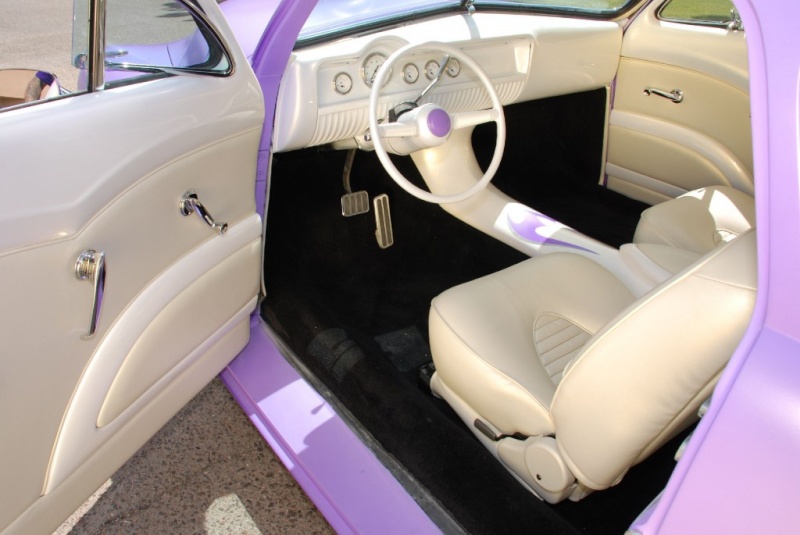 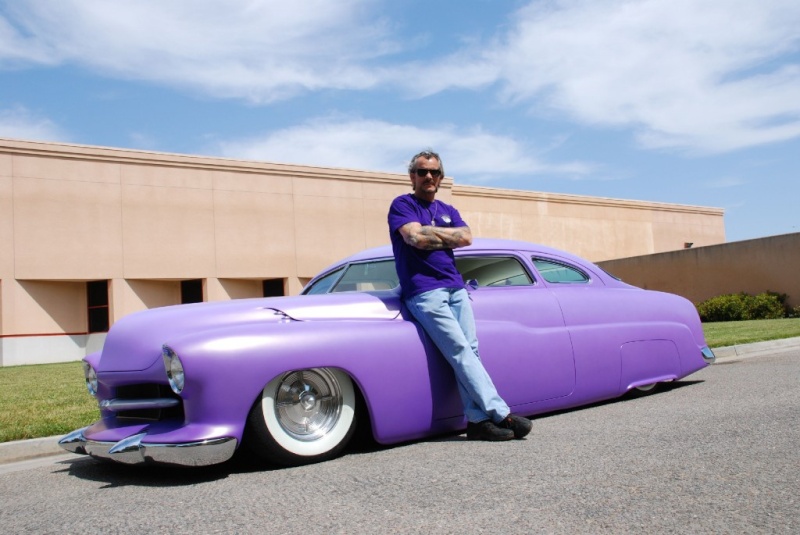 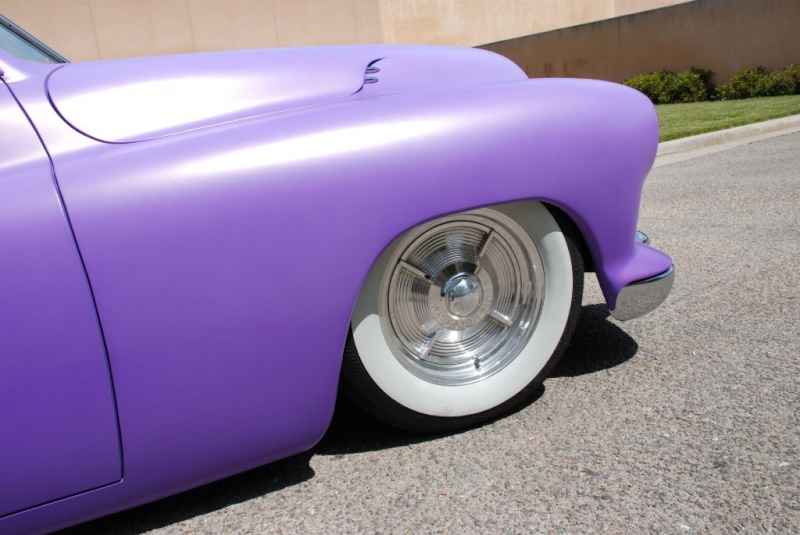 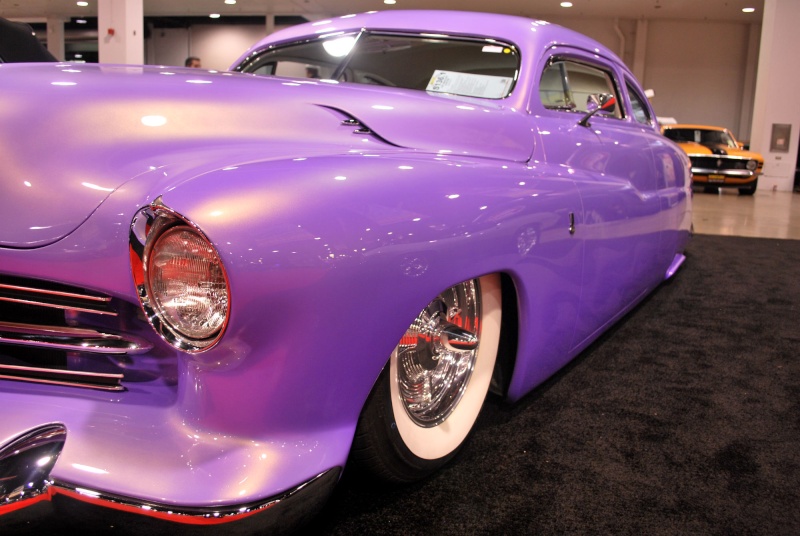