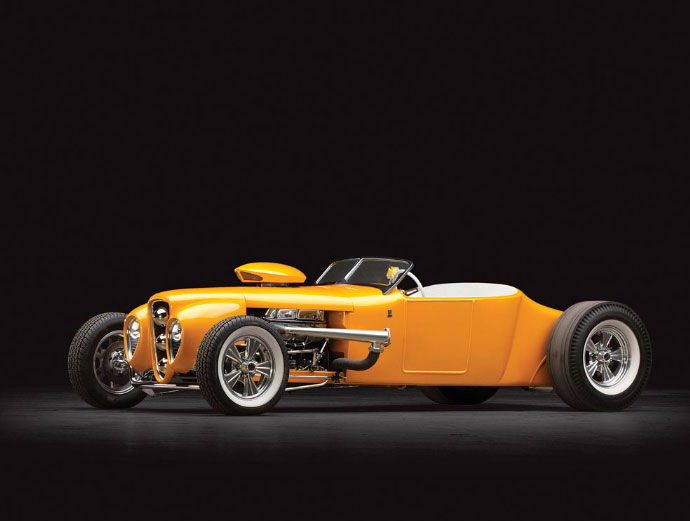 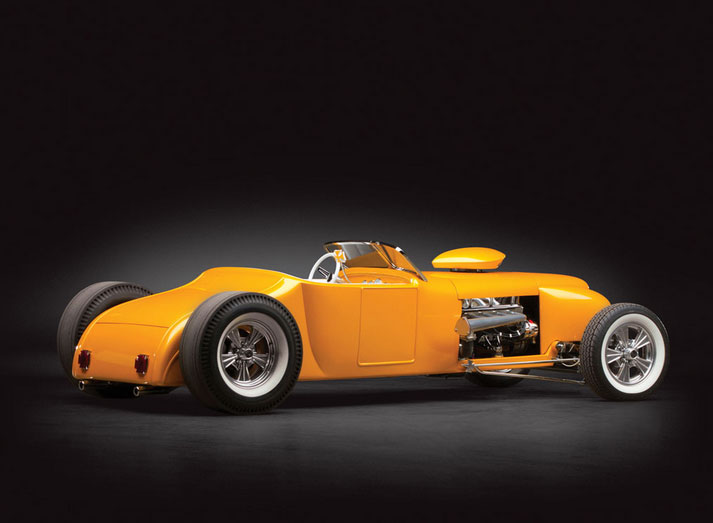 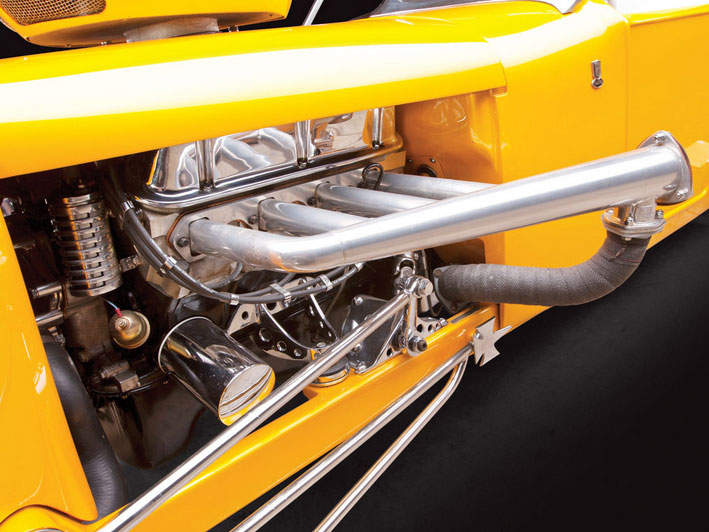 One of hot rod and custom car culture’s more recognizable names, Rick Dore, got his start in creating custom cars in the early 1990s and then eventually transitioning both his fanatical attention to detail and unique designs to the world of hot rods. With numerous awards and show-winning custom creations to his name, he has become a mainstay in the custom car culture. 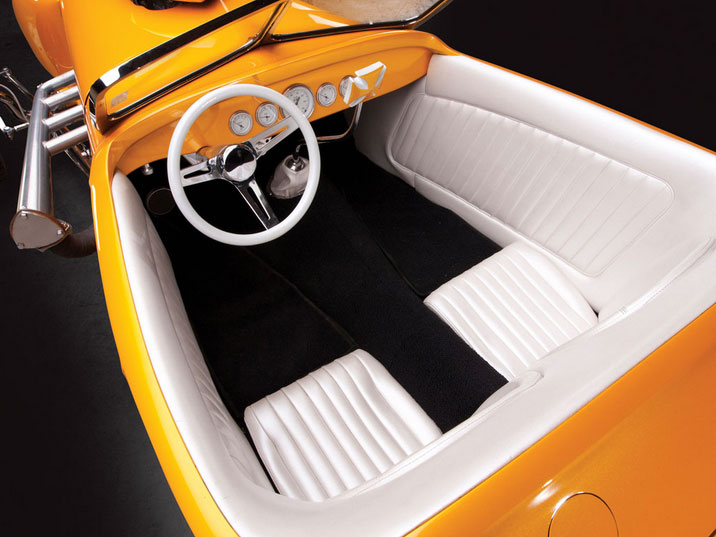 Working with his daughter Suzanne, Dore’s design for this car evokes hot rods of the 1960s, which is known as the Golden Era of hot rod history, where cars were inspired by earlier hot rods but still bore visual cues to contemporary vehicles. Dore sought to evoke the same principles in Golden Era, so he created a car design that evokes hot rods of the past but still stands on its own. 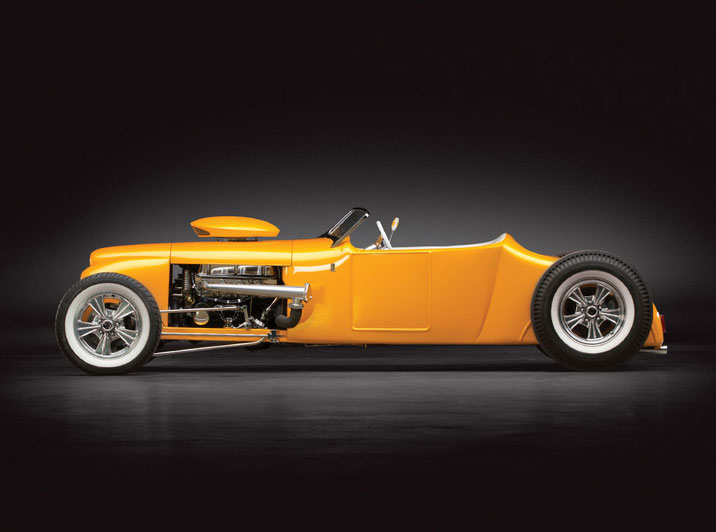 There’s certainly nothing subtle about this Roadster from the outside, as it boasts a truly striking translucent Melon pearl finish that is further accentuated by a pearl white interior with black carpets and whitewall tires, and the powertrain is anything but as well. Golden Era was built on an extended and boxed Model T frame and sports a longer 106-inch wheelbase. It is powered by a 351-cubic inch Ford V-8 that is topped with a massive four-barrel carburetor and can produce 325 horsepower. Power is sent to a Ford nine-inch rear axle with 3.73 gears through a Ford C-4 automatic transmission. 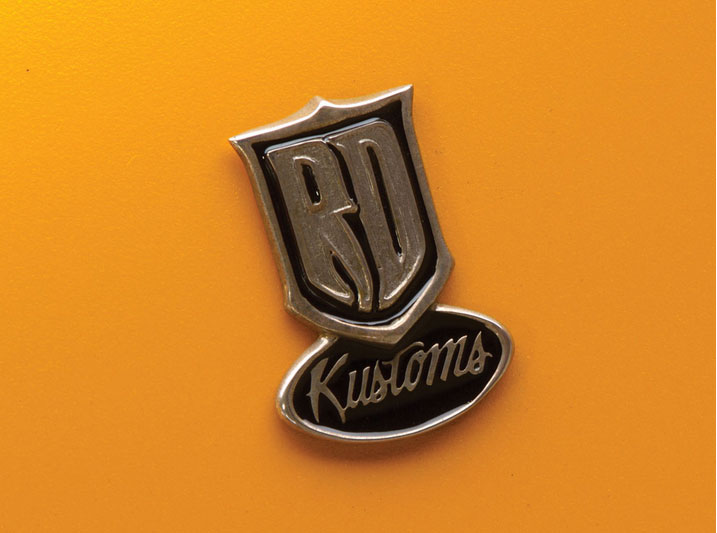 Golden Era was purchased shortly after completion by John O’Quinn in August 2006, the same month it was featured in Street Rodder magazine, and then it found its home in the Sam Pack Collection several years later. Accompanying the car is a binder of documentation and photographs that illustrate the car’s build. This Ford Custom still shows quite well and would be a compelling addition to any hot-rodder’s garage.
_________________
We don't care the People Says , Rock 'n' roll is here to stay - Danny & the Juniors - 1958 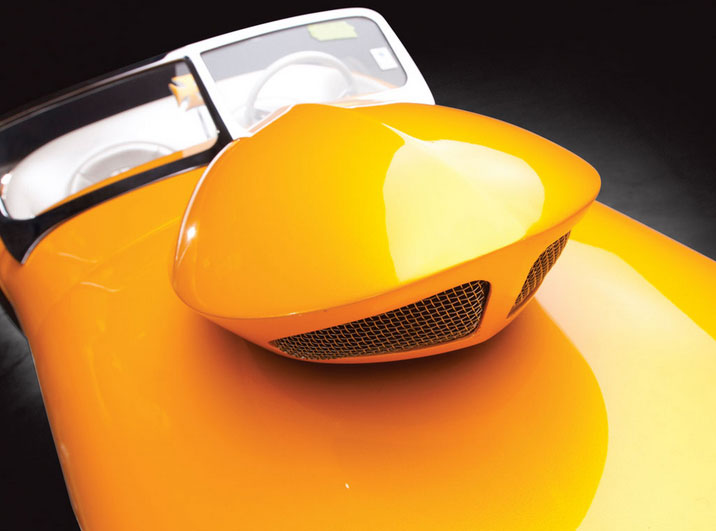 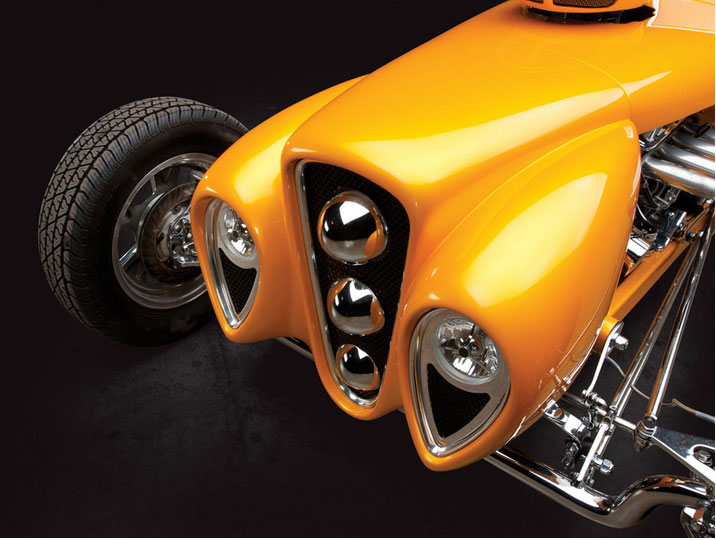 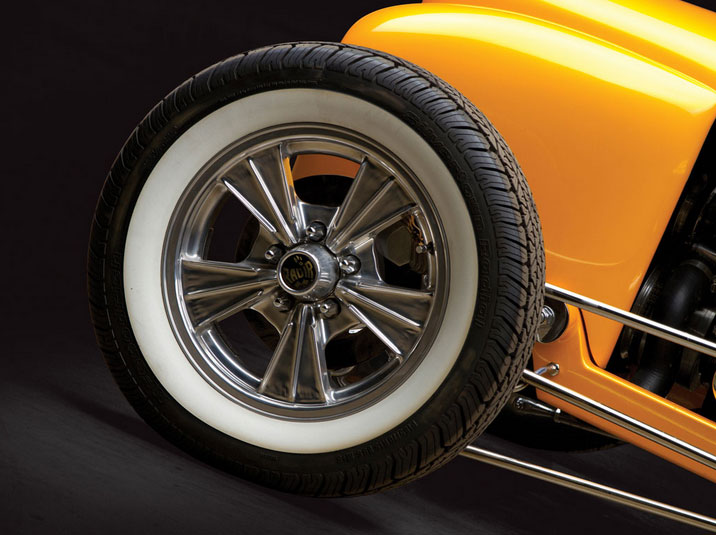 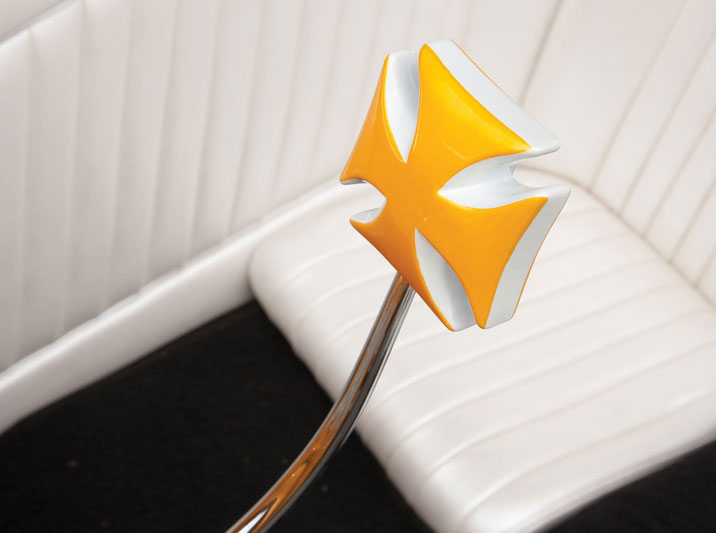 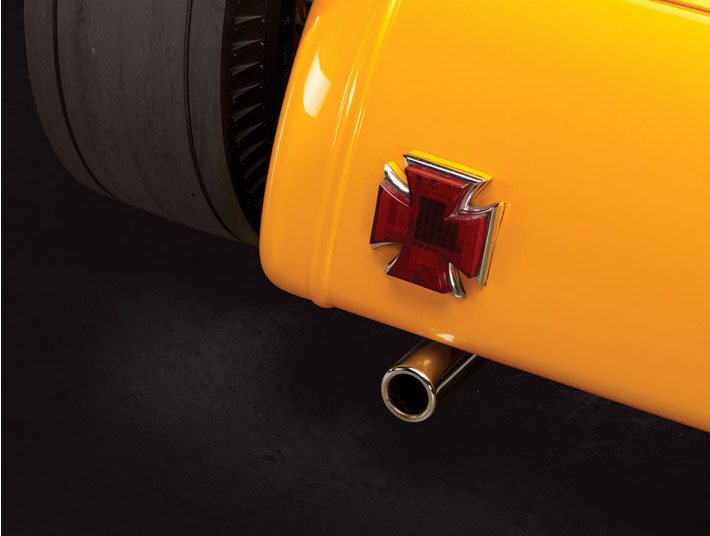 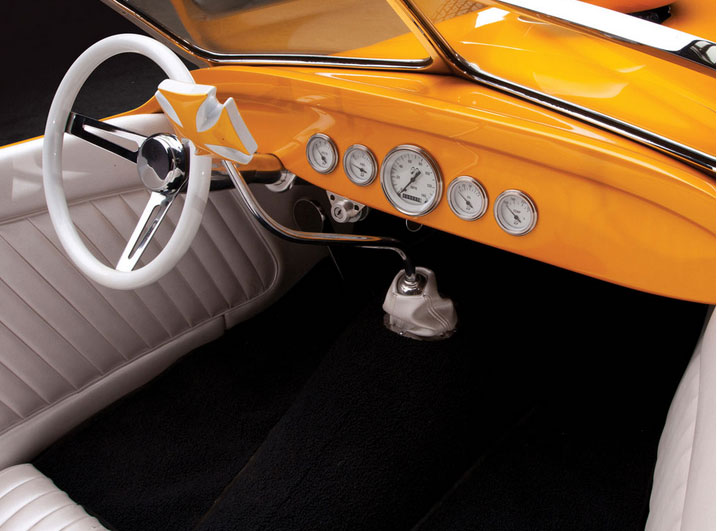 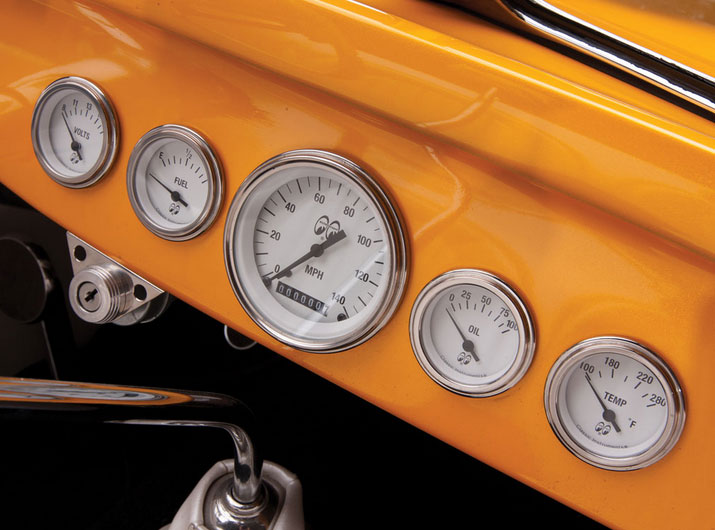 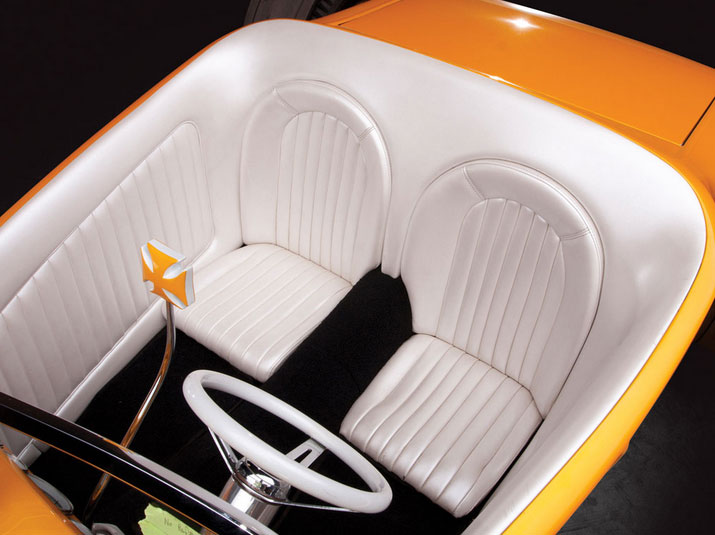 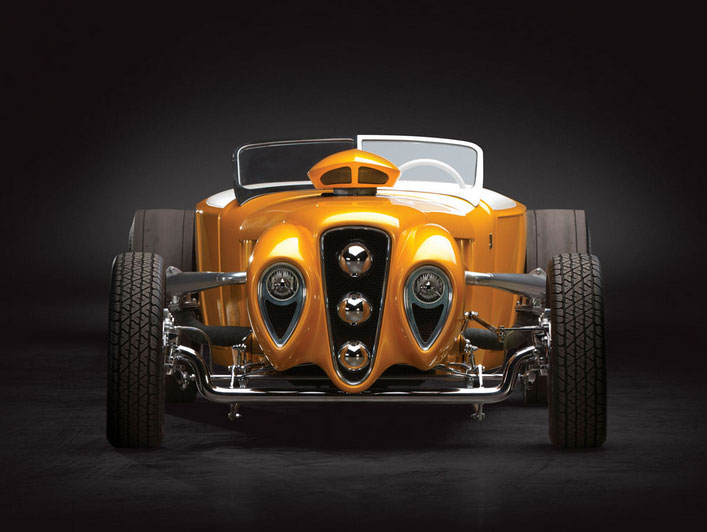 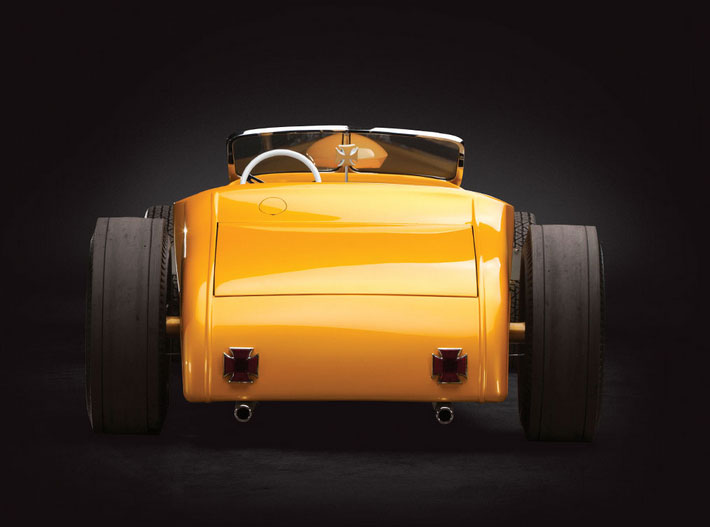 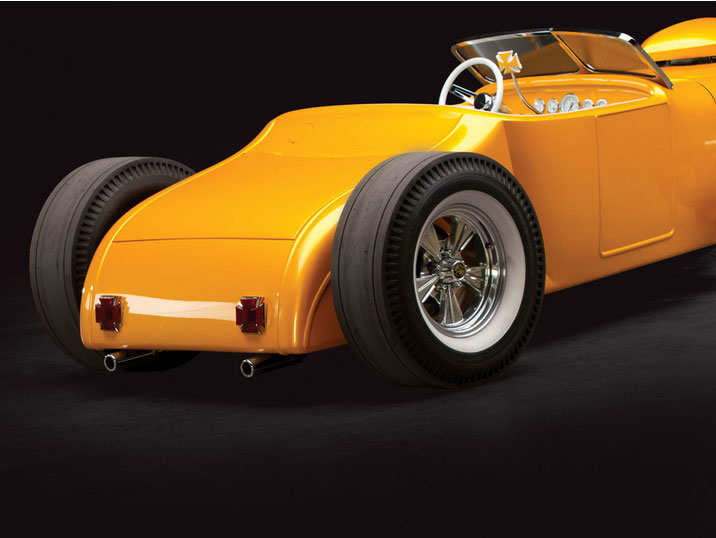 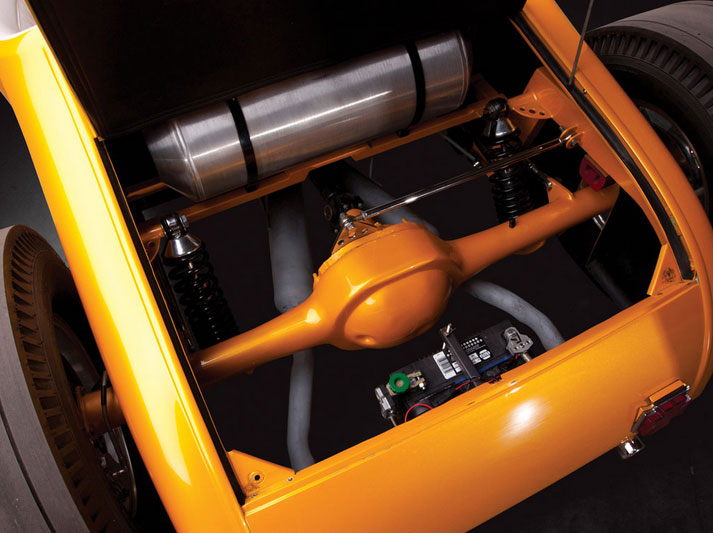 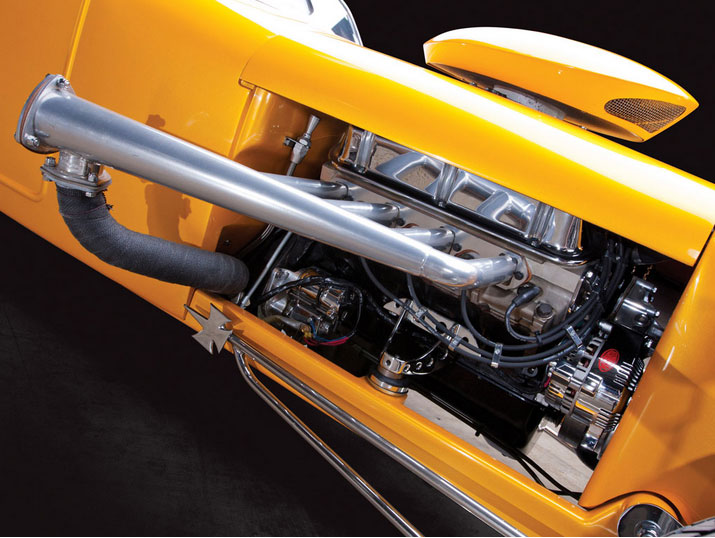