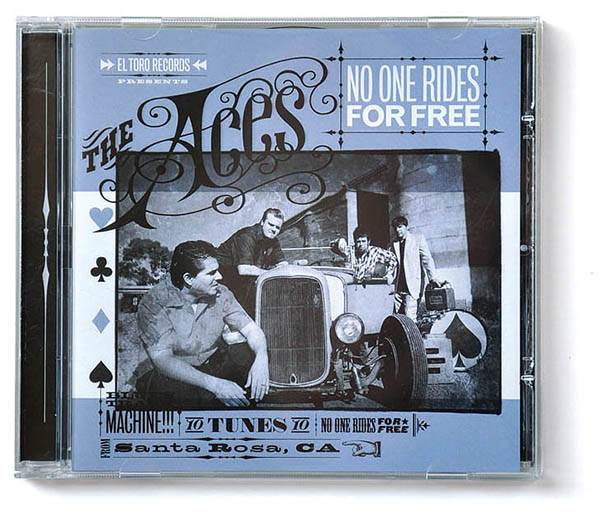 In March 2009, The Aces signed with El Toro Records. Hailing from California (USA), their debut album “ No One Rides For Free ” is a collection of 10 original songs which fans of the band call punk trance blues or pounding riffs and a distorted wall of sound topped by wailing harp. The bands goal was to capture that raw primitive sound which is present at their live shows. The record was recorded live in the studio with no overdubs utilizing old fender tweed tube amps pushed to the brink of exploding captured with 1940’s and 1950’s microphones. What makes the band unique is that there is no bass player. Instead The Aces opt for a lead and rhythm guitar combination which has a fresh “old reminiscent” sound. Listen to the lyrics and you will hear streams of poetic consciousness sung from real life experiences. The songwriting of the band shows that they are not trying to sound like anyone, but are moving tradition forward. The Aces are Sky O’Banion on Harp/Vocals, Derek Irving lead guitar, Mike Gutsch on drums and special quests on rhythm guitar. The Aces sound will charge you!
_________________
We don't care the People Says , Rock 'n' roll is here to stay - Danny & the Juniors - 1958