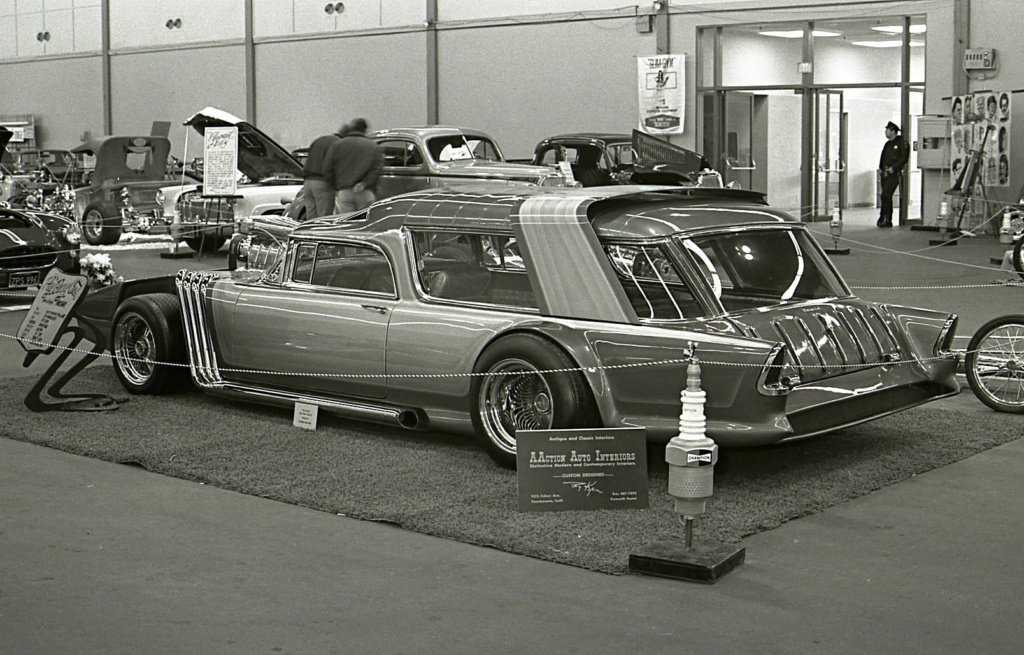 Built by Eric Medeiros
The "Playbunny Coach" was first created from a '55 Chevy Nomad in the late 60's. Eric Medeiros chopped the body 8" and the top 4", reconstructed the firewall and handmade the all-metal front end and installed the Vista Olds Cruiser glass in roof. It was originally shown in the 70's and featured with various Playmates and a regular on the Winston Championship Show Car Circuit. It has recently been completely redone with many changes including, handmade metal dash and console extending around rear seats, custom seats and upholstery, indirect interior lighting, AM/FM/CD, A/C, heat, power disc brakes, PS, PW, remote door opener, racing fuel cell. The 396 engine and transmission were rebuilt, Mustang II front suspension, Lincoln rear end. Stainless steel headers and side pipes, Cougar sequential tail lamp system. Winner of many awards in the 70's - shown only in Northern, CA since completed in 2001 in 7 shows (585 miles).

The car had at least two other paint jobs other than this one
Was at Barrett Jackson Scottsdale in 2007 with a paint job by Art Himsl Sold for $49,500.00 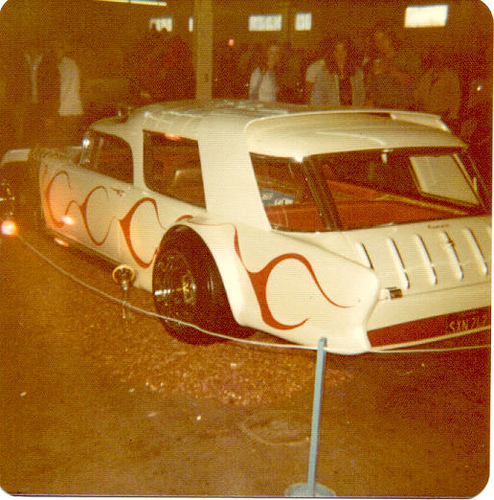 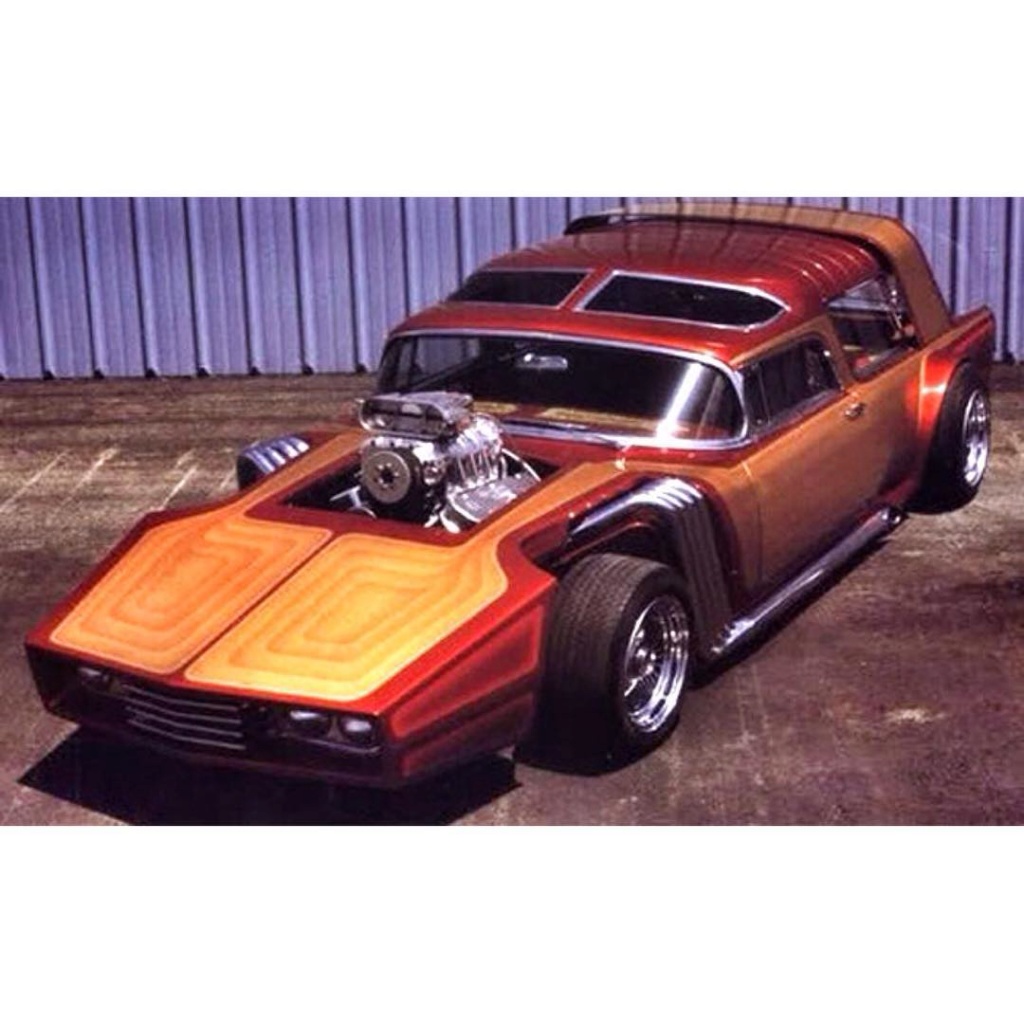 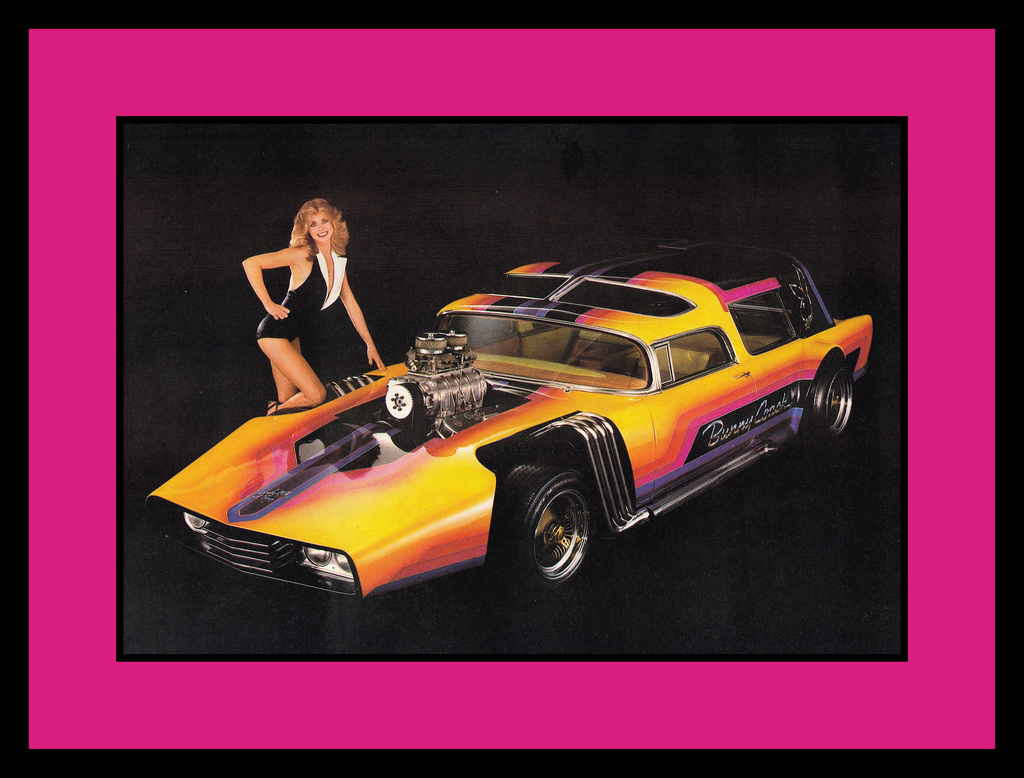 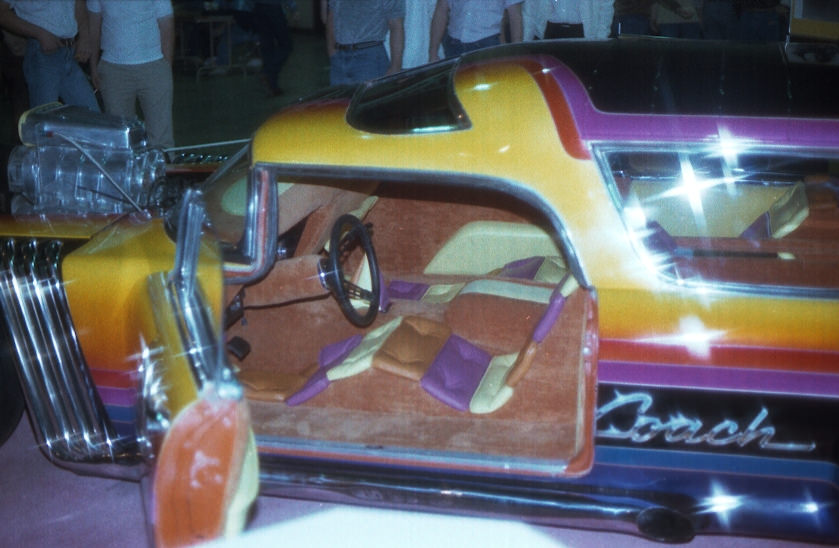 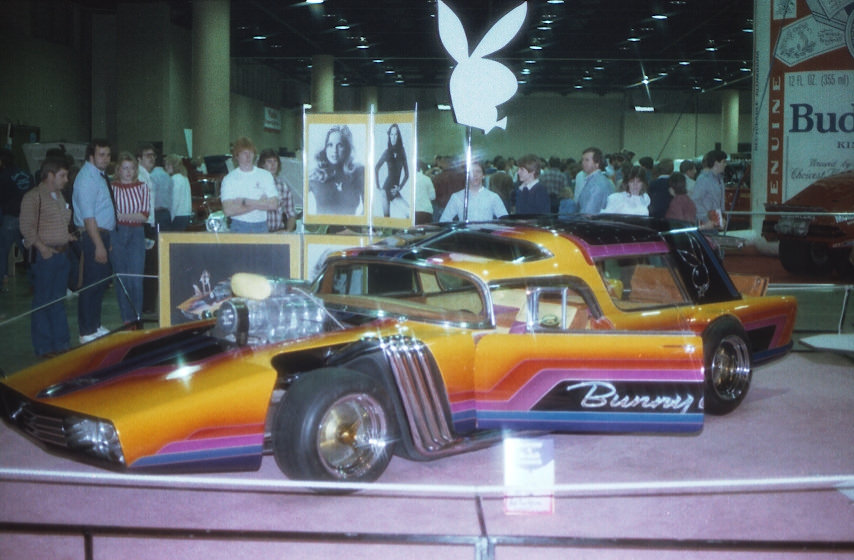 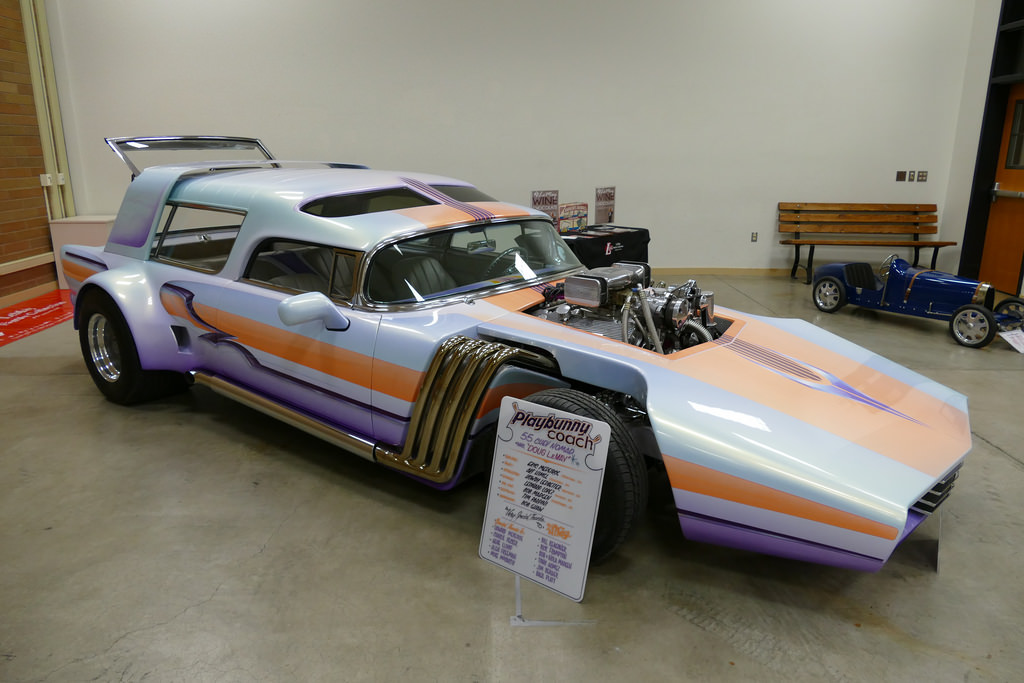 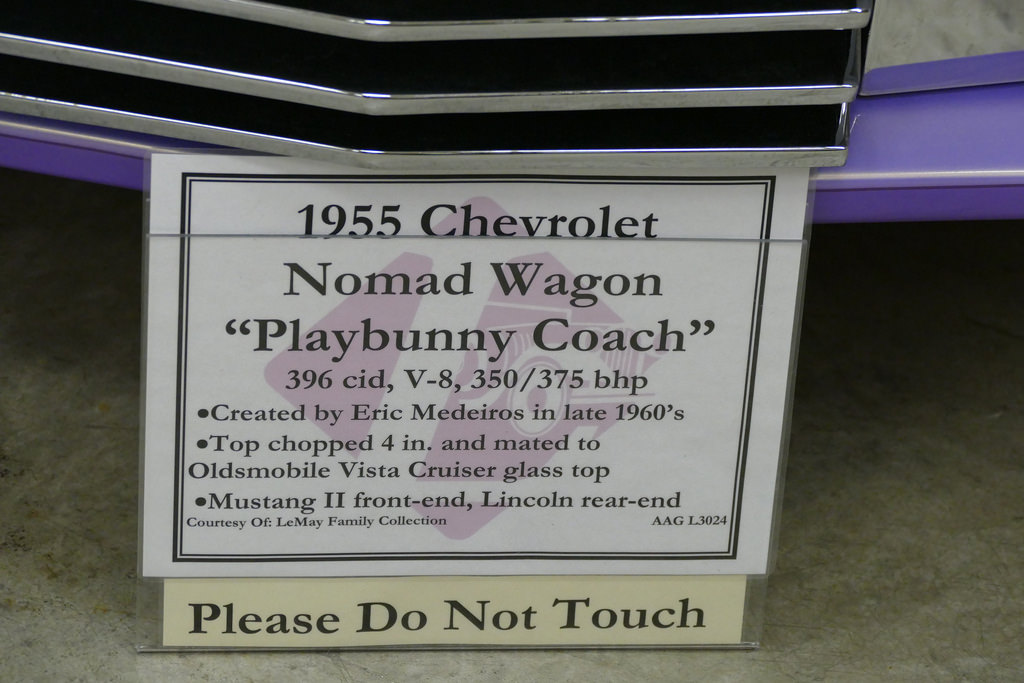 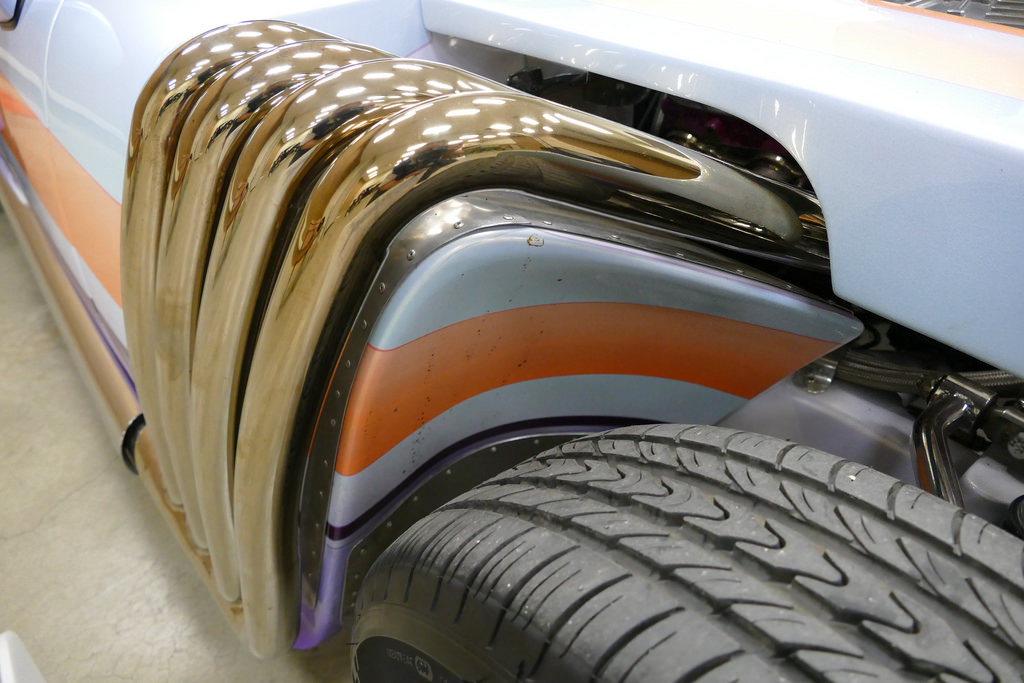 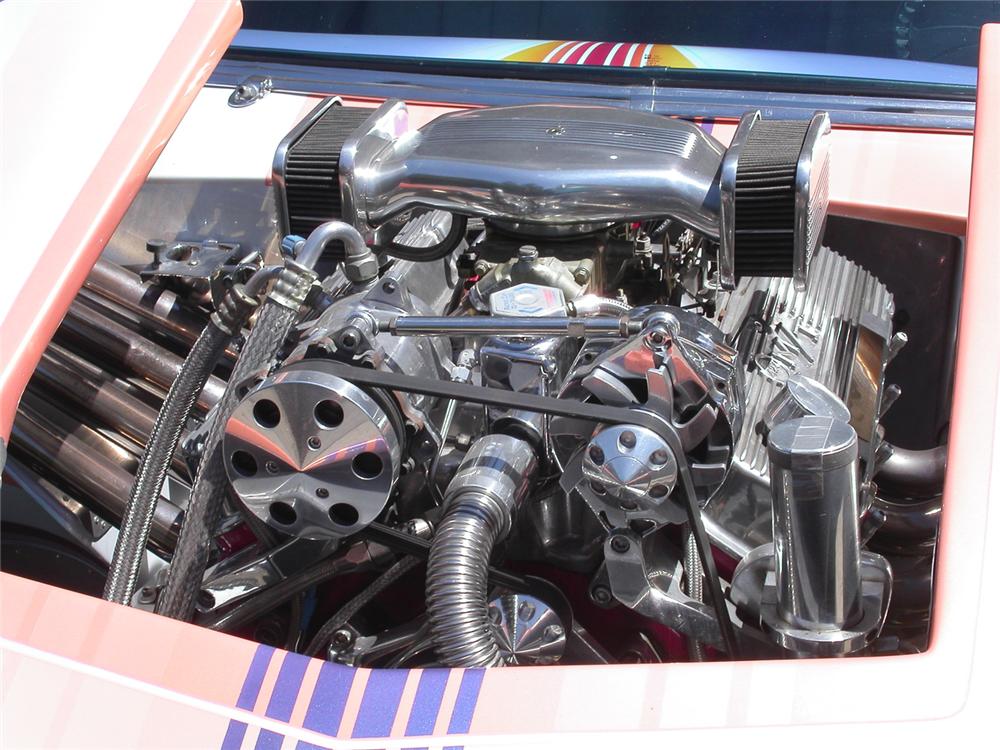 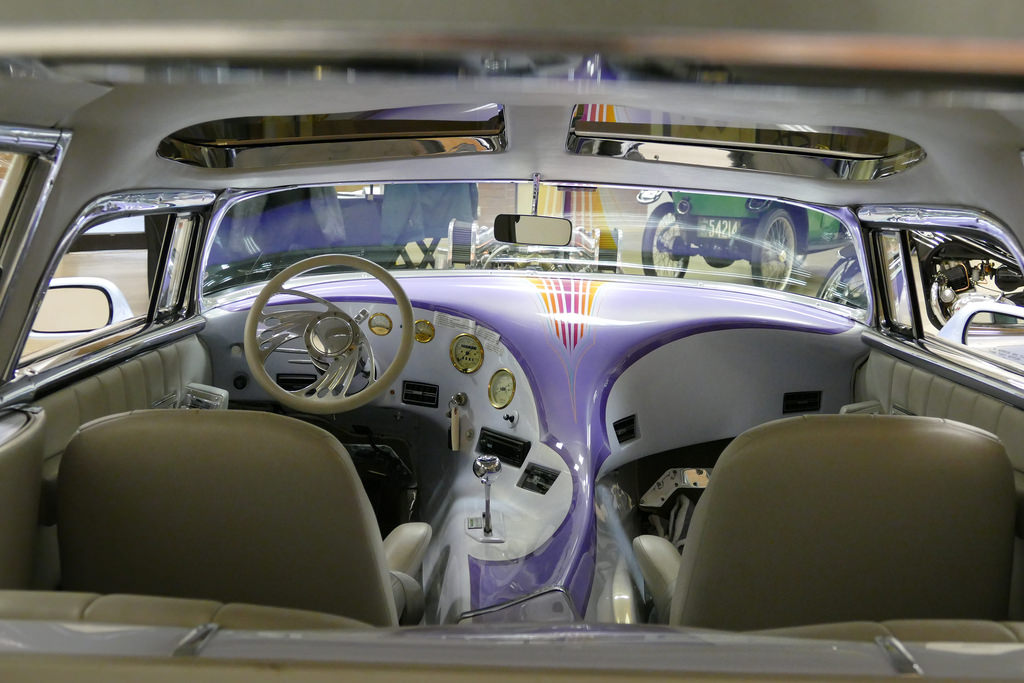 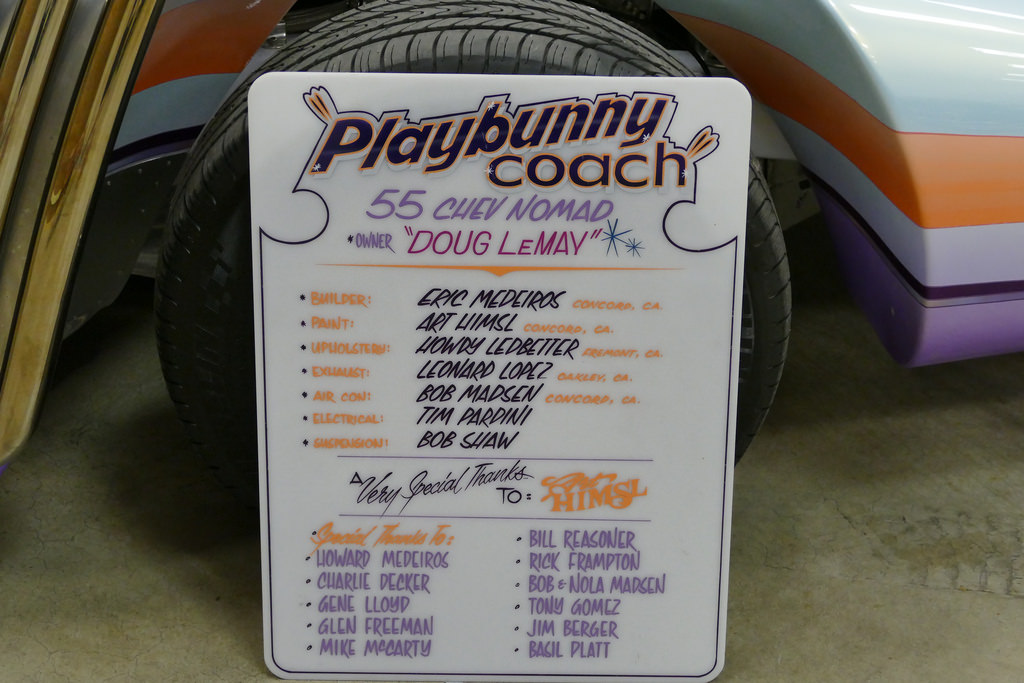 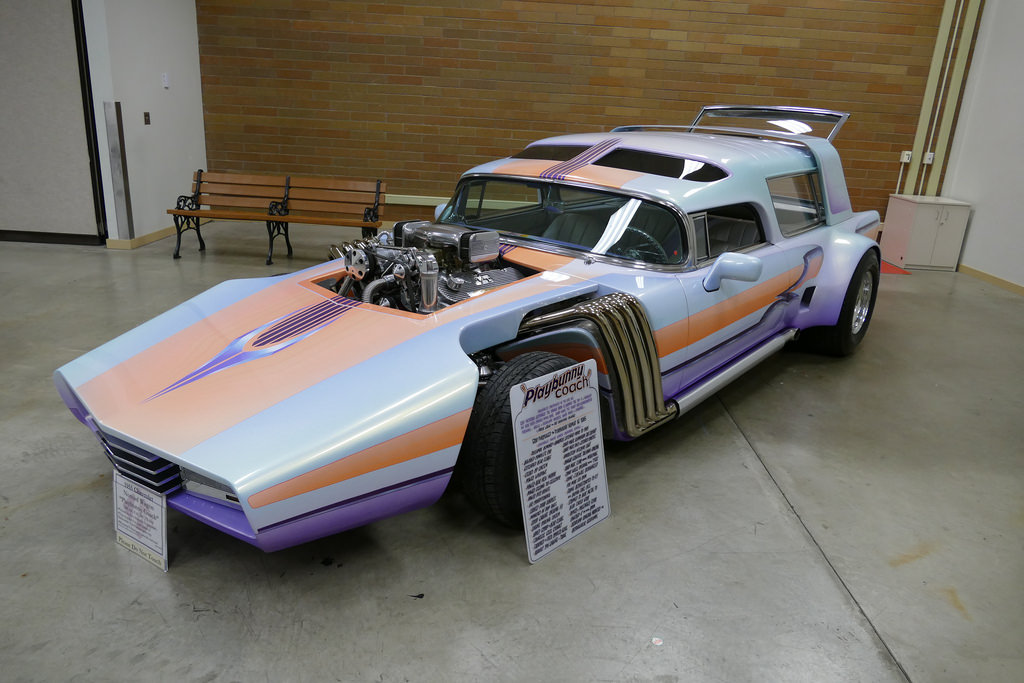 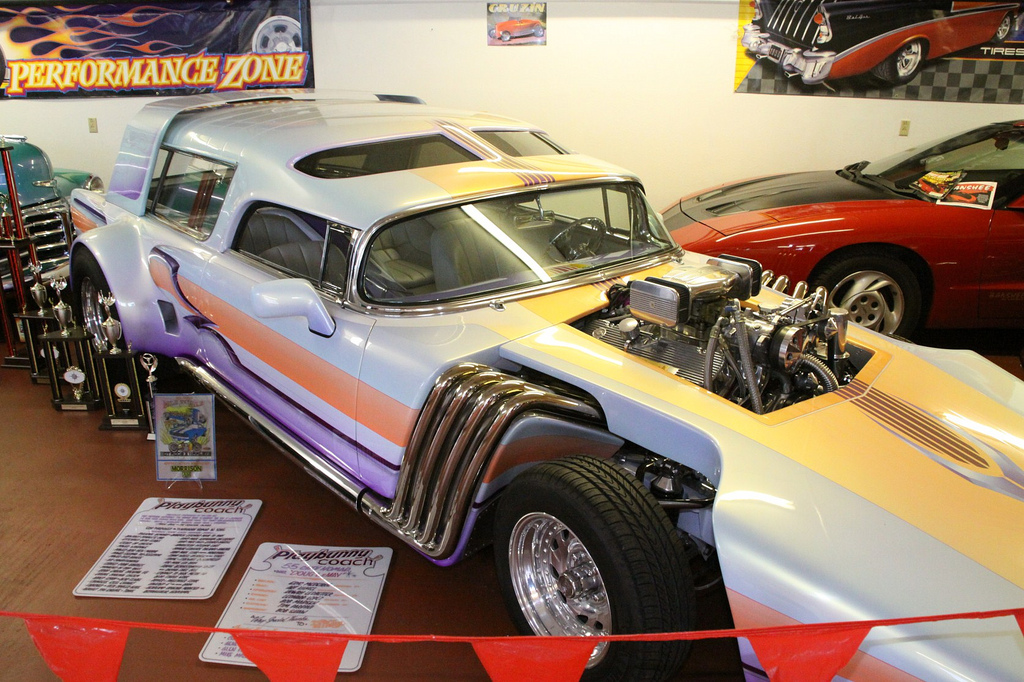 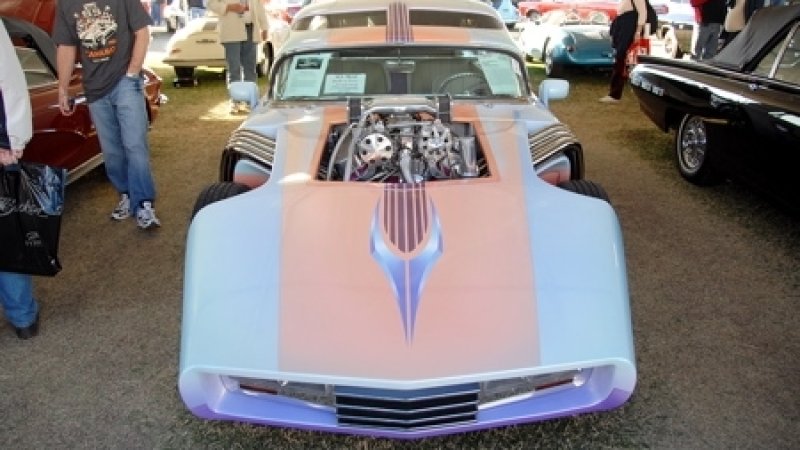 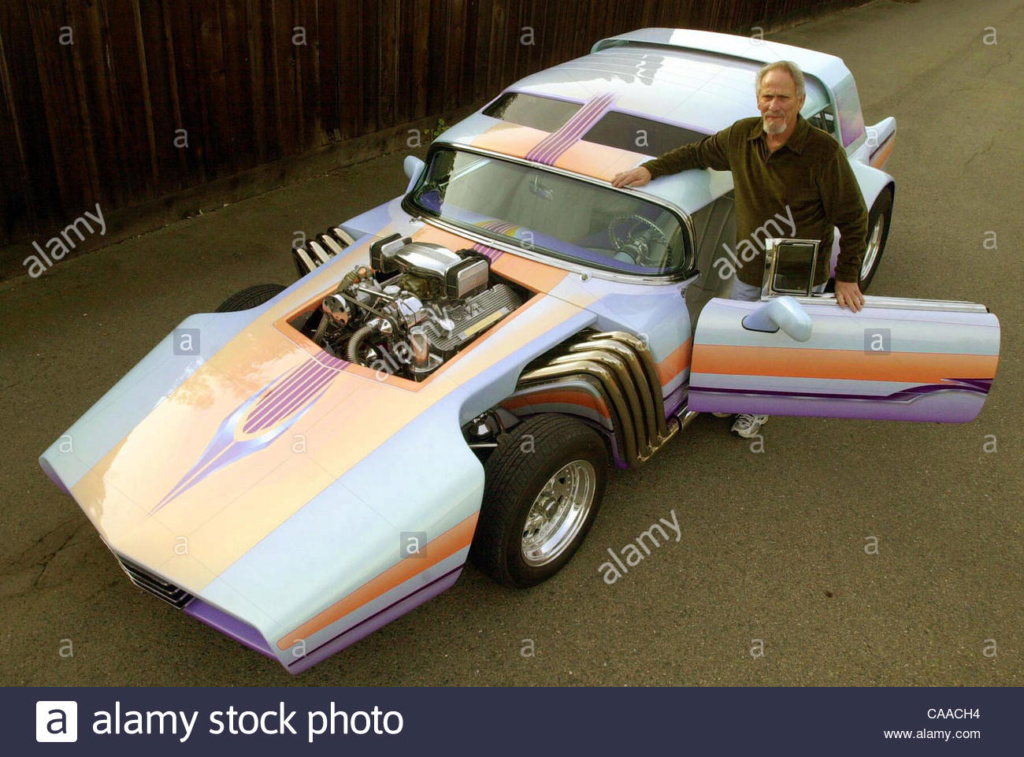