The Tower Theatre for the Performing Arts is a historic Streamline Moderne mixed-use theater in Fresno, California. Built in 1939, it opened to the public on December 15, 1939, under the management of Fox West Coast Theater Corporation. The building was designed by S. Charles Lee, with its tower inspired by the "Star Pylon" at the 1939 New York World's Fair. The theater underwent a renovation and reopened as a performing arts center in 1990, after being closed as a repertory cinema in 1989 due to financial troubles. 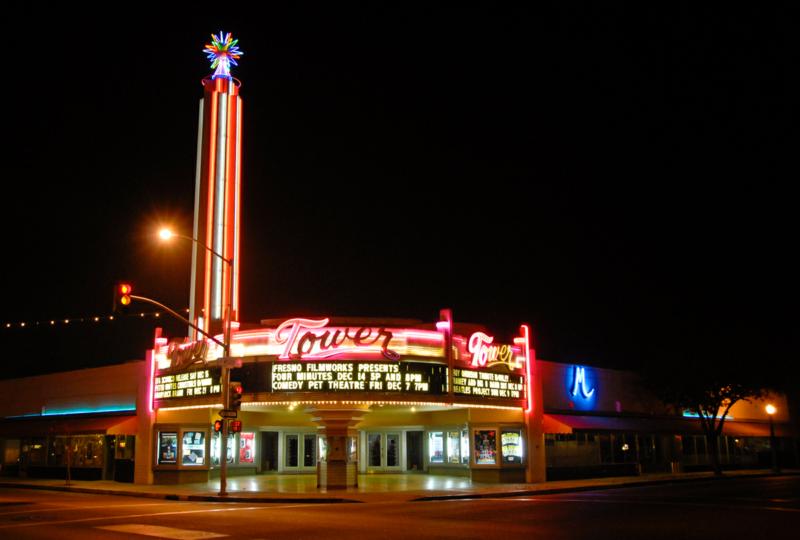 he theater is located in a part of Fresno that had been developing into a shopping area since about 1923. Discussions of building a theater in the neighborhood began as early as 1927.[2] The first of three proposals for a theater was made on December 3, 1938, published in The Fresno Bee.[2][3] Fox West Coast Theater Corporation, in cooperation with A. Emory Wishon, proposed a $200,000 theater similar to the S. Charles Lee-designed Ritz Theatre in Westwood, Los Angeles. The project would be built on the whole block at the northwest corner of Olive and Wishon Avenues. The property was owned by the Wishon Estate and was a playground at the time. A second proposal was made for a larger structure to be built, also on the Wishon property. It was designed in early 1939 by Thomas F. Chase, but was abandoned. [2] A third plan, for a smaller $65,000 theater, was made about the week of April 16, 1939, for Redwood Theatres, Inc. William David was the architect for the proposed structure at North Van Ness and Olive, but the plans never materialized.[4] 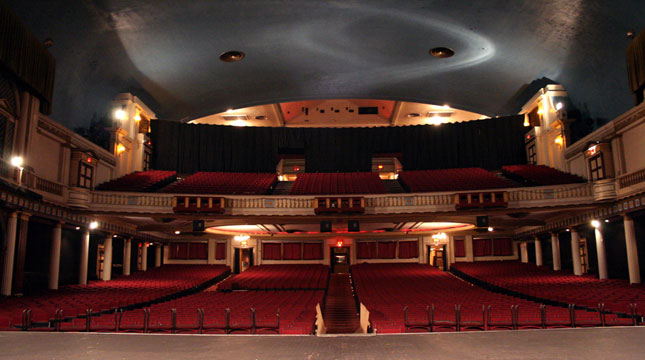 Building permits were issued on May 11, 1939, by the city of Fresno for a Wishon/Fox theater. Codenamed "The Ritz", the design was significantly smaller than the original Wishon/Fox proposal. It was designed by S. Charles Lee and was estimated to cost $100,000.[4] Construction began immediately following the issuing of permits under the direction of general contracting firm Trewhitt, Shields and Fisher.[4][5] The original design for a finned tower was revised by Lee in August 1939. The new 80-foot (24 m) design resembled the 130-foot (40 m) "Star Pylon" at the 1939 New York World's Fair, designed by Francis Kelly and Leonard Dean to symbolize the "force of electricity".[a] On December 14, 1939, the theater, formally dedicated as the "Tower Theatre", opened to a private party for local dignitaries and people associated with Fox Theaters with a premiere of the film Balalaika.[4] It opened to the public the next day, featuring the films Dancing Co-Ed and Henry Goes Arizona. The theater was not certified as complete until January 29, 1940, but there was a push to occupy the building prior to Christmas 1939.[6]

Following A. Emory Wishon's death in 1948, the theater property was sold to a Fox Theaters subsidiary by his estate.[7] The theater was converted to CinemaScope in 1954, resulting in the removal of a false proscenium stage.[8] The theater stopped showing first run films in 1980 and switched to a repertory cinema format. The theater later ran foreign films for several years until 1989 when it ceased operation. The theater was deeply in debt and running films was no longer economically viable. A Certified Historic Rehabilitation began on the property, renovating the theater and retail wings. Following the restoration, the theater reopened as the "Tower Theatre for the Performing Arts". The renovation earned awards from the California Preservation Foundation and the San Joaquin Chapter, American Institute of Architects.[9]

The non-profit organization Fresno Filmworks has been showing first-run independent cinema at The Tower Theatre on the second Friday of each month since 2002. The theater also hosts the annual Fresno Film Festival in April.[10] 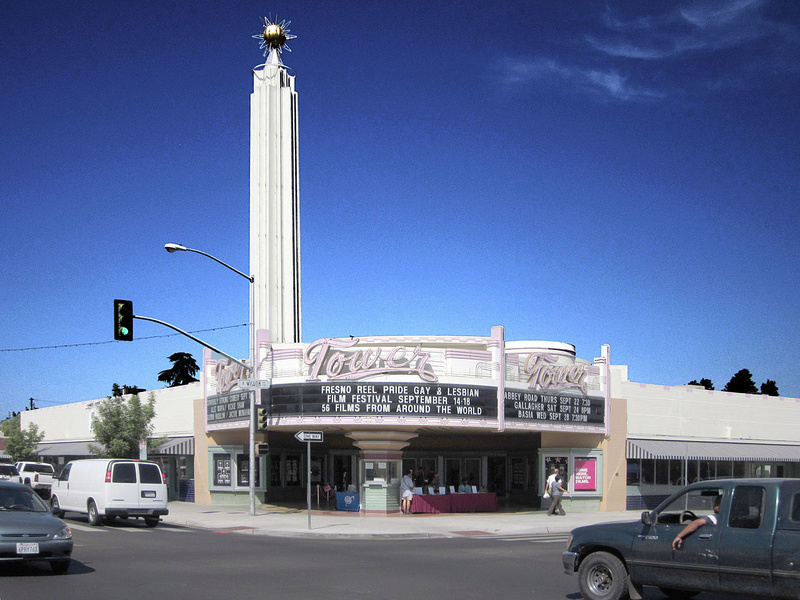 The theater was added to the National Register of Historic Places on September 24, 1992.[1] It was nominated under Criterion C for its local architectural significance within three contexts. It was built at the close of the Great Depression and during the peak popularity of the Streamline Moderne style. The theater was the only work completed by Lee in the city of Fresno, and is representative of his designs for suburban movie theaters. Lastly, it is one of only six extant vintage theaters in Fresno; the only one designed with an on-site parking lot and the only suburban facility.[11] Its period of significance was given as 1939–1940, the construction and completion of the theater being the primary significant events in its history.[12] No claim of significance under Criterion B was made, since its owners and developers were not singularly associated with the theater.[7] 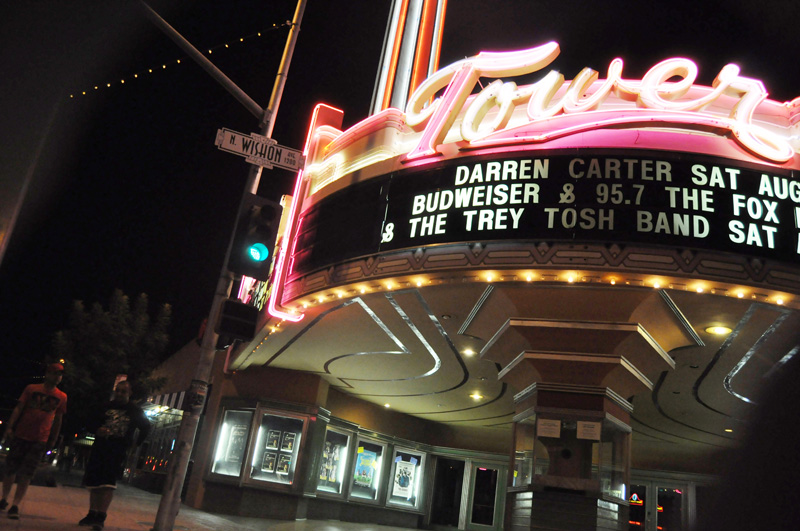 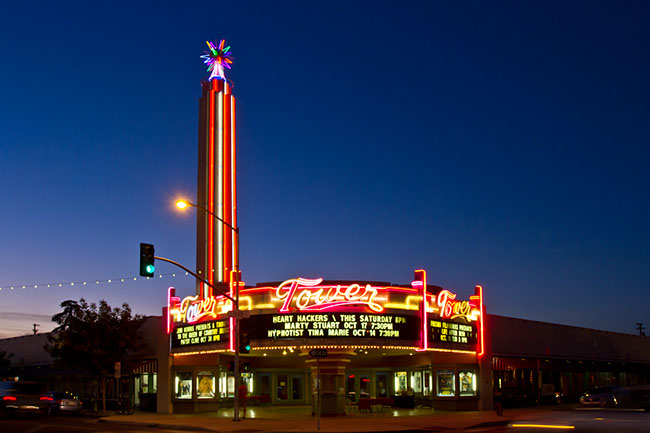 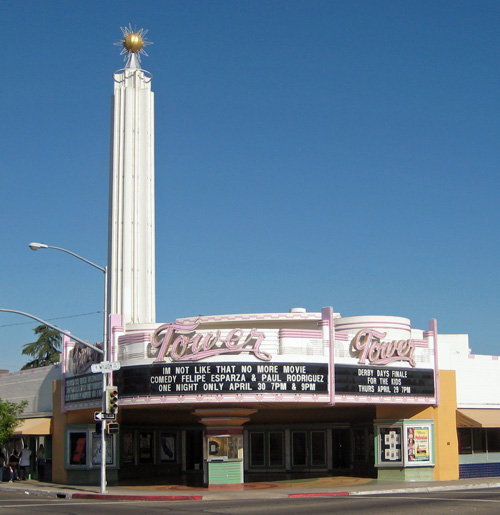