1940 Chevrolet convertible owned by Fred Crellar of Concord, California. The car was restyled by Fred and his brother Don, and the build was started in 1948. Working out of a small airplane hangar, the brothers fit the car with a brand new 1949 Cadillac grille and surround.[1] It received two 1948 Buick front bumpers, and all chrome was shaved before the running boards were removed and replaced with formed steel that covered up the frame below the body. Stainless steel covers were installed to cover up the holes in the fenders after the running boards had been removed. The windshield was chopped approximately 2 1/2 inches before it was dressed up with dual Appleton spotlights and a padded top by Hall Upholstery.[2] Inside it featured a plain Maroon and White interior. Other accessories included a rare 1940 Chevrolet spinner accessory steering wheel and a cowl mounted antenna. According to later owner Ron Brooks, the build was completed around 1951 - 1952. It was lowered a few inches, and it ran a set of aftermarket Moon type hubcaps and wide white wall tires. Power came from the stock 216 ci inline six engine.[3] 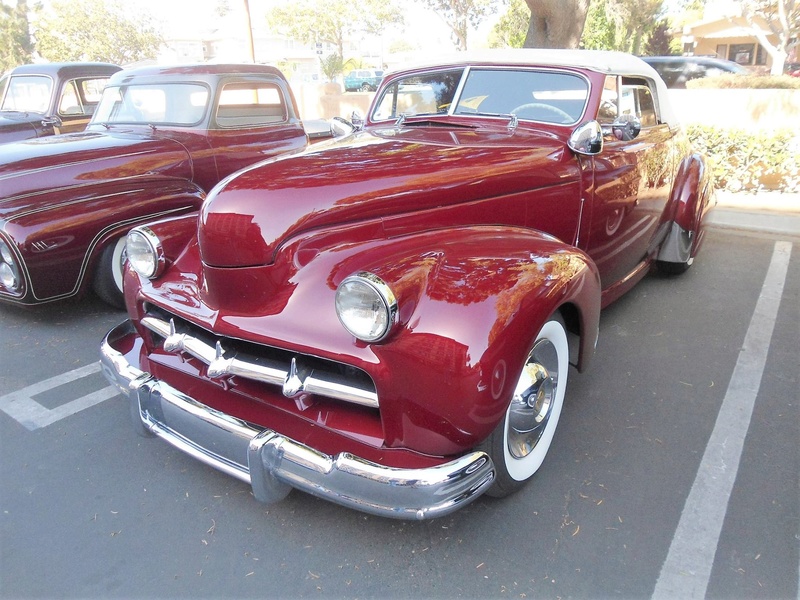 Fred sold the custom to his brother Don in 1958.[1] Don kept on to it for 16 years, before he in 1974 sold it to Satan's Angels member Ron Brooks of Castro Valley, California. When Ron bought the car it featured chromed garnish moldings and a black diamond button interior. In 2016 Ron told Kustomrama that he believes the moldings were chromed in the 1950s. The interior was installed by Don in 1962.[3] 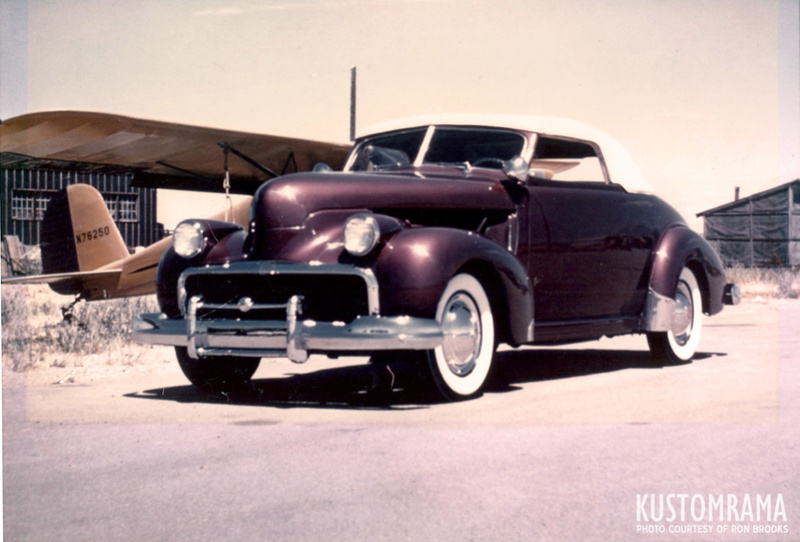 Ron upgraded the look of the car in 1977 by installing teardrop fenderskirts. This was the first in a series of upgrades that Ron over the years performed on the car. After enjoying the old custom for four years, attending several shows and runs, he decided to restore and redo the old custom in 1978. The work was done in Ron's garage and driveway. He began by stripping away the old paint. When the body was in bare metal he molded the Cadillac grille-surround to the front fenders in order to reduce the with of the grille. He kept the grille bar, but installed three grille teeth from a 1953 Chevrolet. During the same operation, the headlights were moved back and sunk into the fenders to improve the look of the car. The bumpers were shortened 6 inches to better fit the car. The modified bumpers were installed closer to the body for better proportions. The front bumper guards were sectioned and a sunken antenna was added before the car was painted.[1] 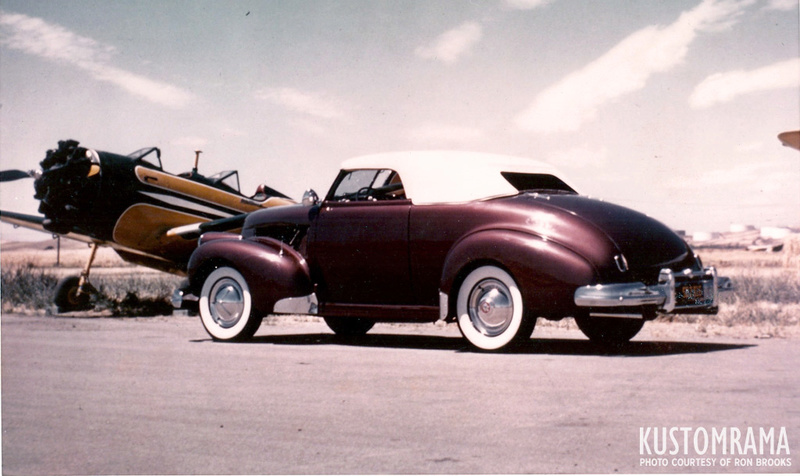 In 1984 Ron attended the 3rd annual West Coast Cruise with the Chevrolet. At the show he won the Koolest Kemp Award.[4]

After enjoying the car for 13 years, Ron decided to show the old custom at the 50th Grand National Roadster Show. He had been using the car a lot since he completed the first restoration, so he decided to restore it for a second time in 1991. During the second restoration, Ron removed the taillights and fit with the car with bumper guard taillights. Most of the paint was again stripped before Ron and his brother Mark gave it a new paint job in Ron's backyard. Mark painted the car Garnet Red Poly.[2] 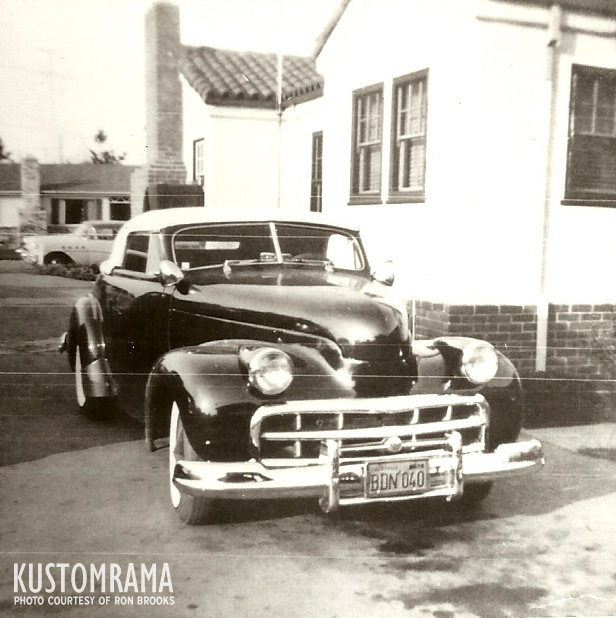 In 1998 Ron decided to replace the black diamond button interior that Don installed in 1962. Ron and his buddy, Doug Howe, redid the upholstery, sewing all the tuck and roll pleats themselves. The car was fit with a red and white upholstery.[1] 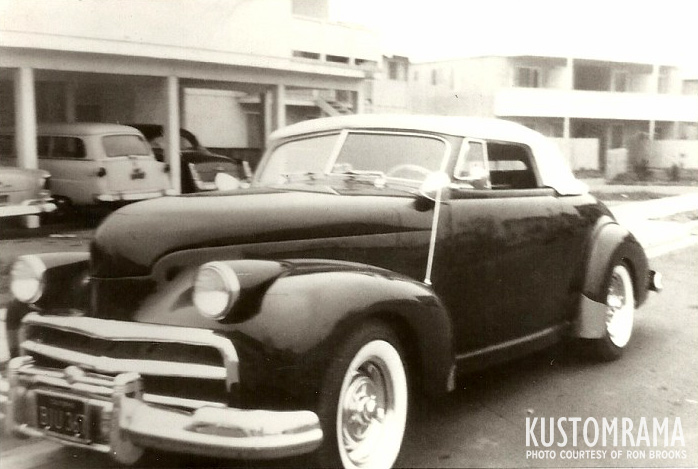 In 2002 the engine was rebuilt by Jack's Engine in Oakland. Danny Gonsalves helped Ron with the job, and the original closed driveline was replaced with an open drive. The transmission was replaced with a Saginaw 3-speed with overdrive. A Nova rear end was also installed.[2]


In 2008 Ron's Ford was featured in Kustoms Illustrated Issue 19. This version featured Cadillac Sombrero hubcaps. In order to install the hubcaps on the Chevrolet wheels, Ron had to weld them to a beauty ring.[2] 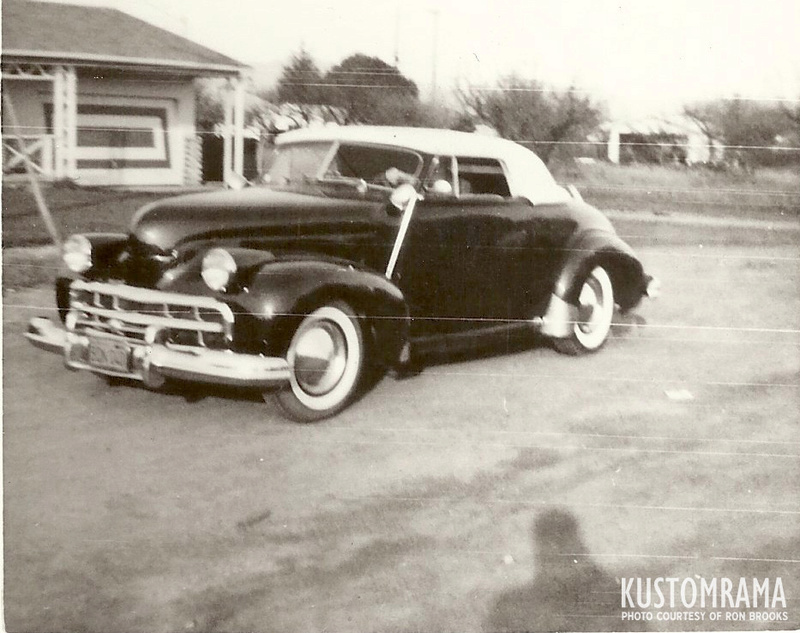 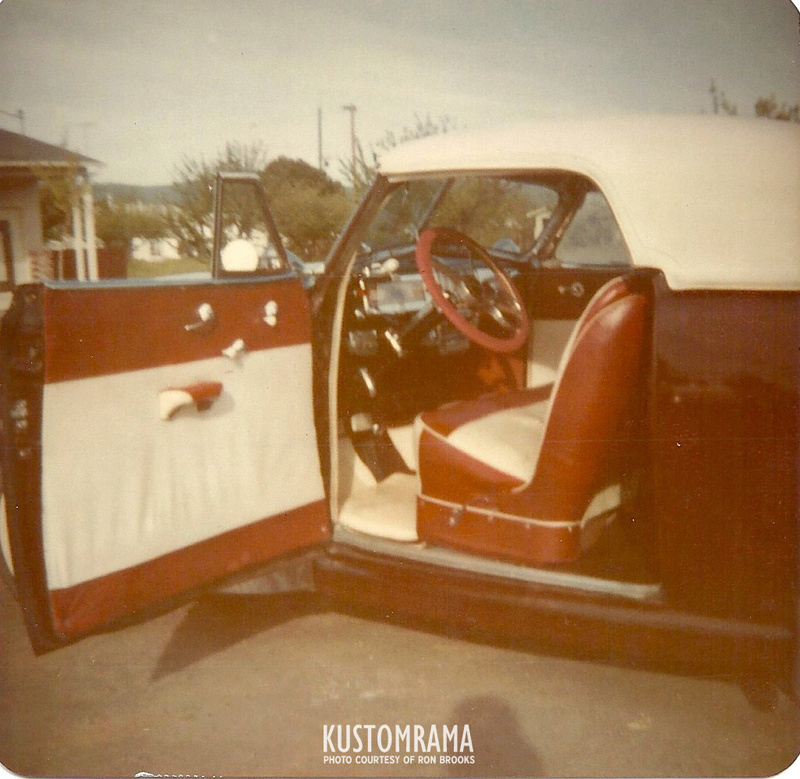 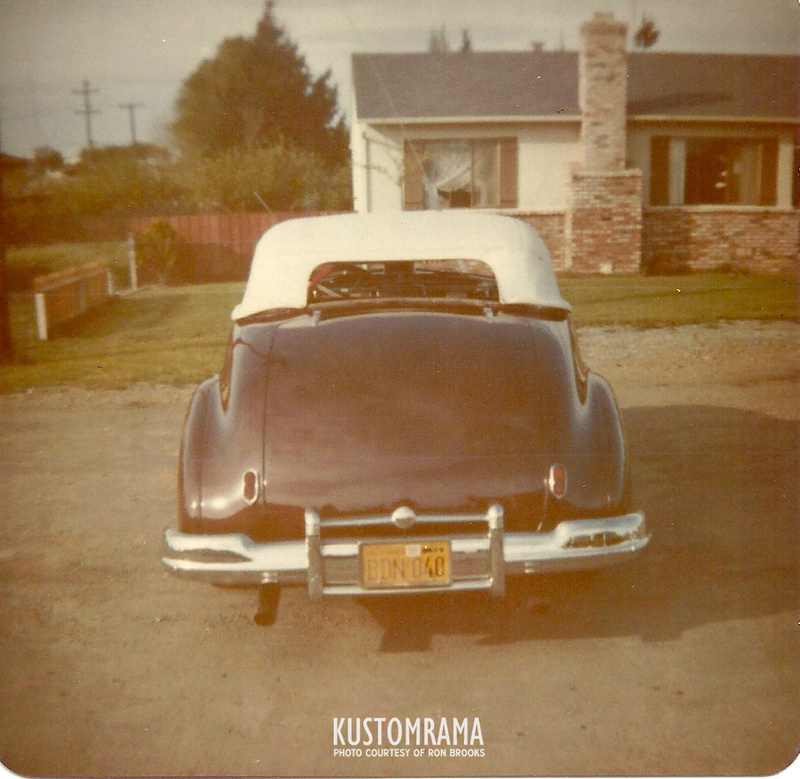 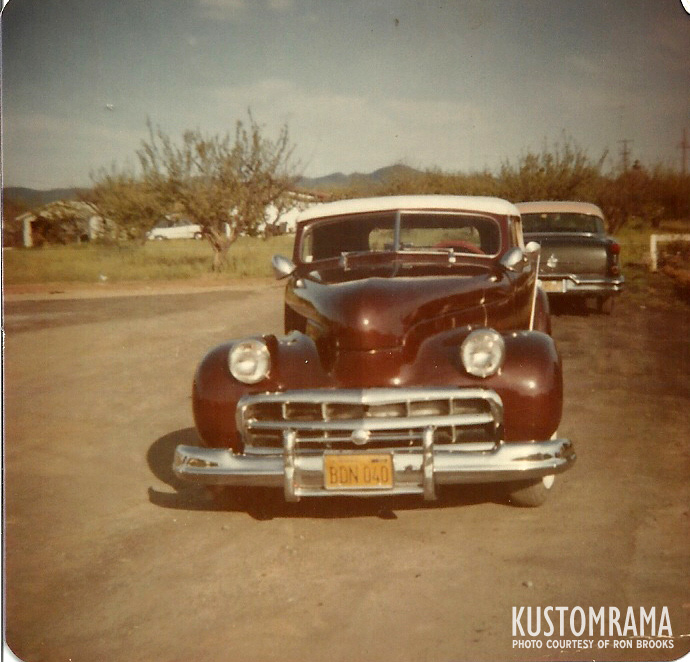 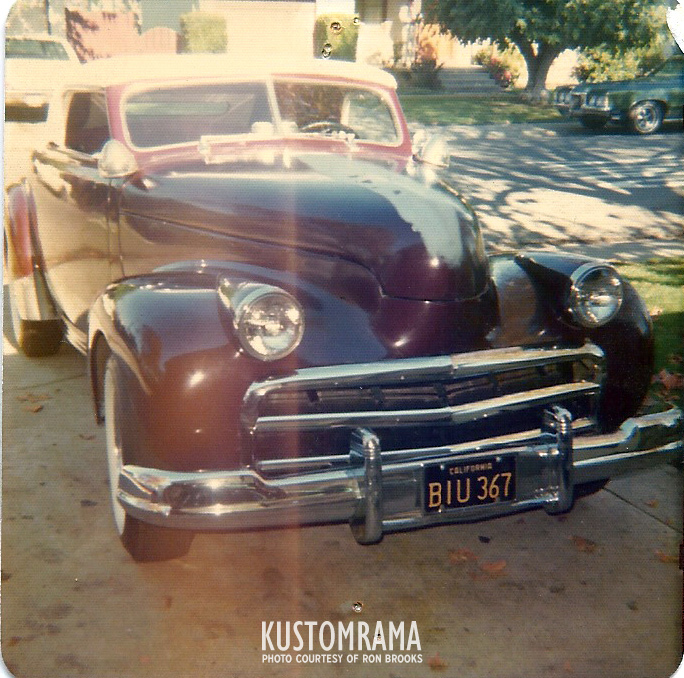 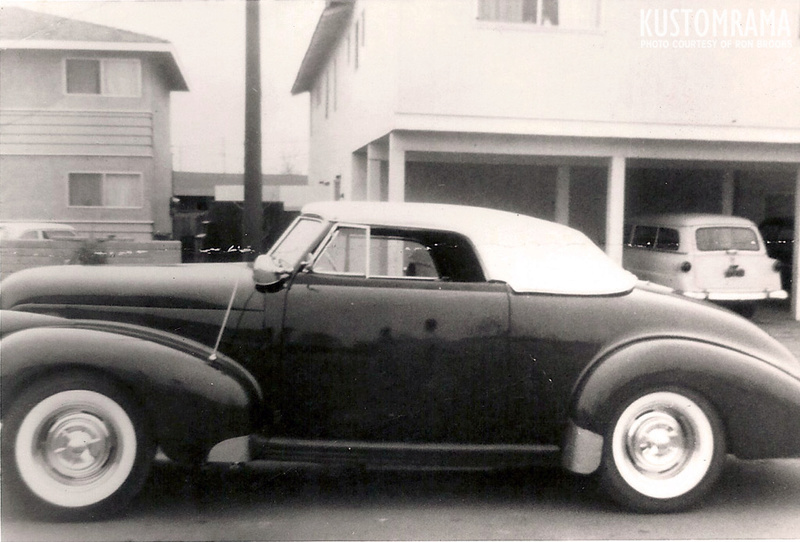 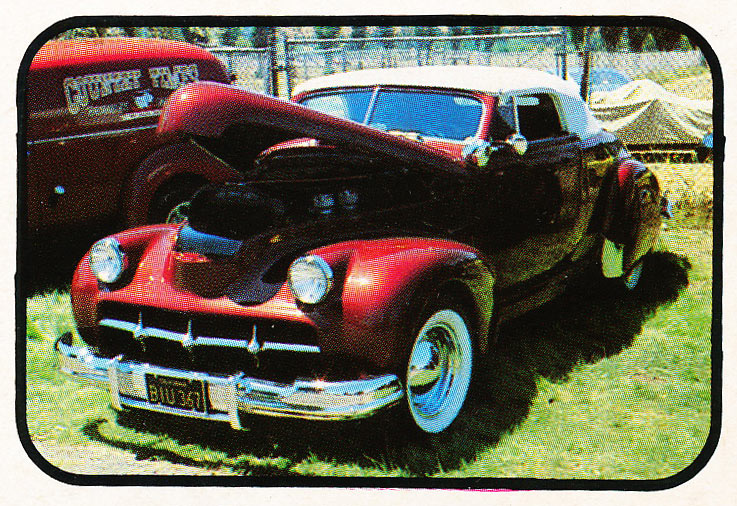 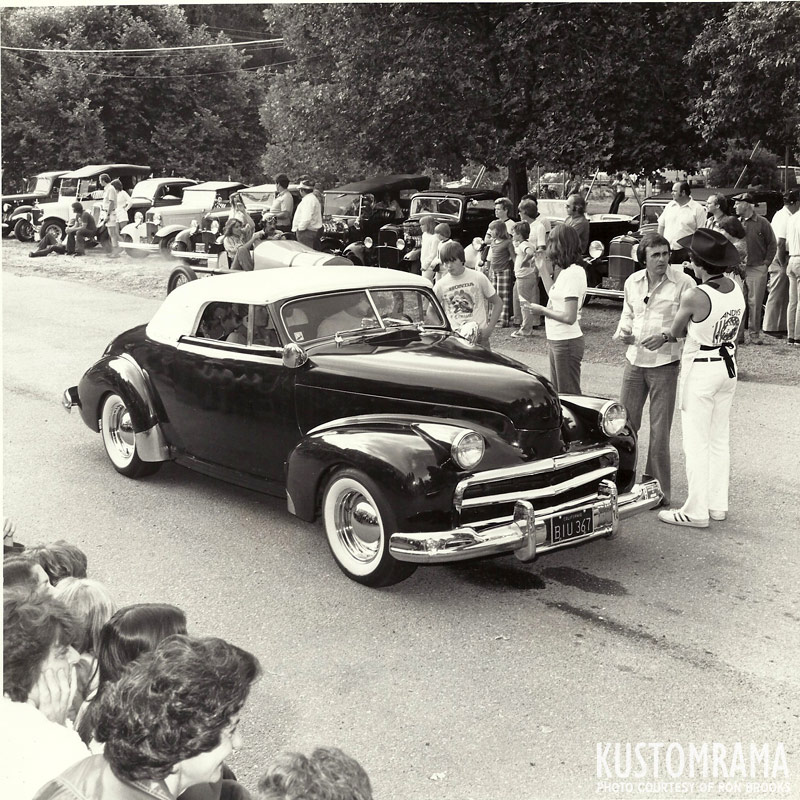 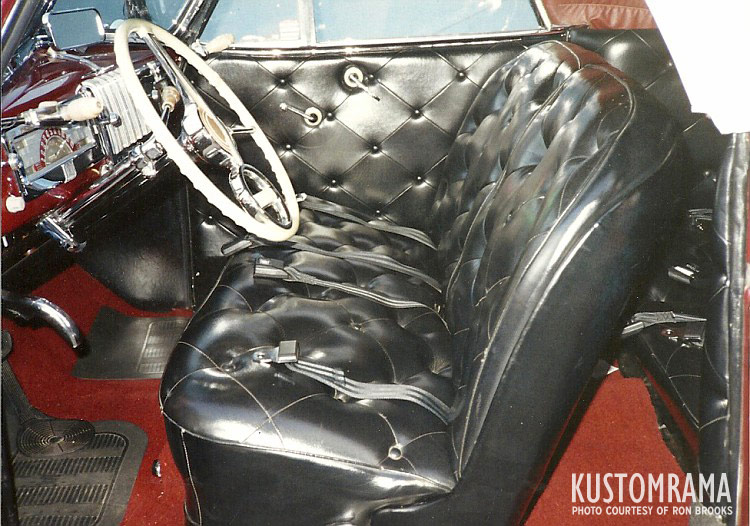 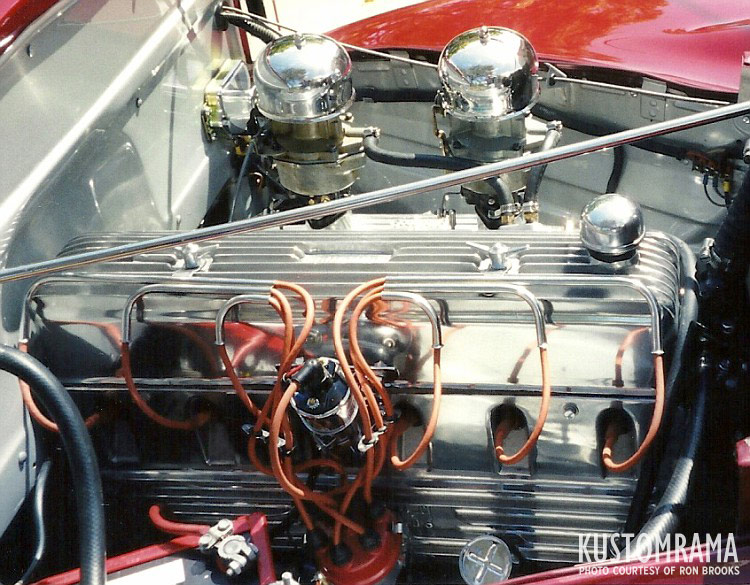 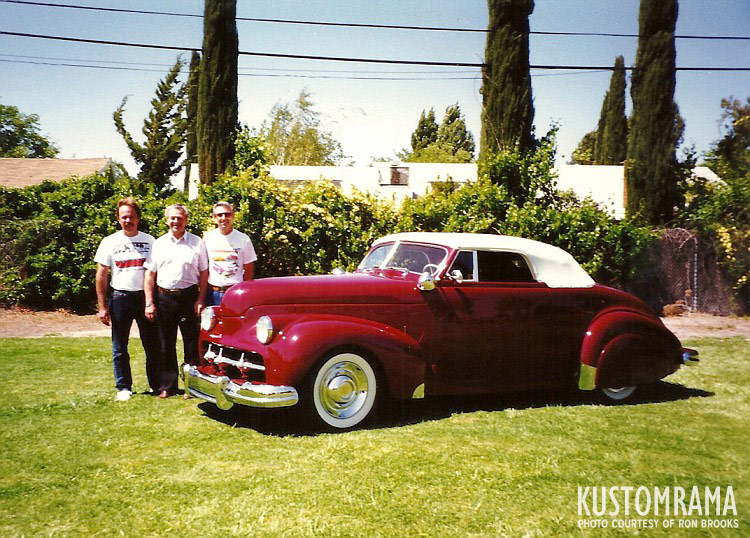 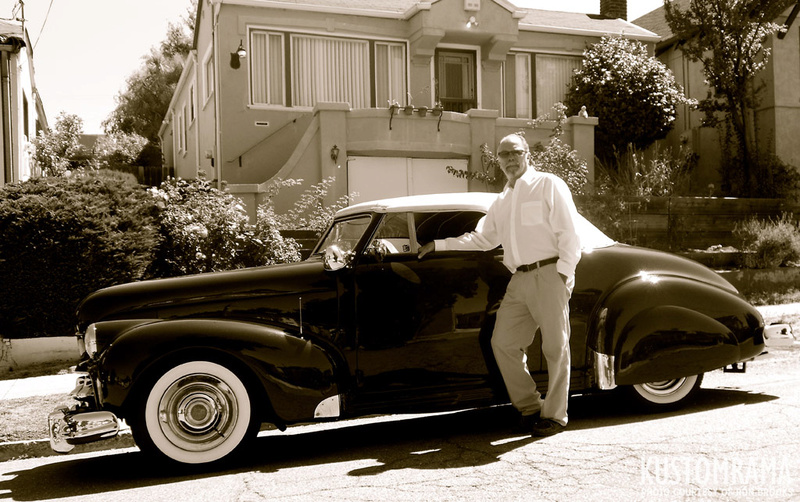 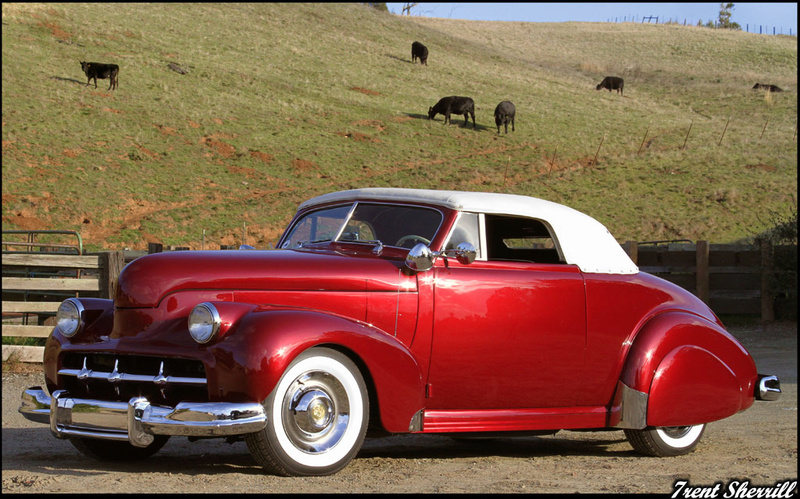 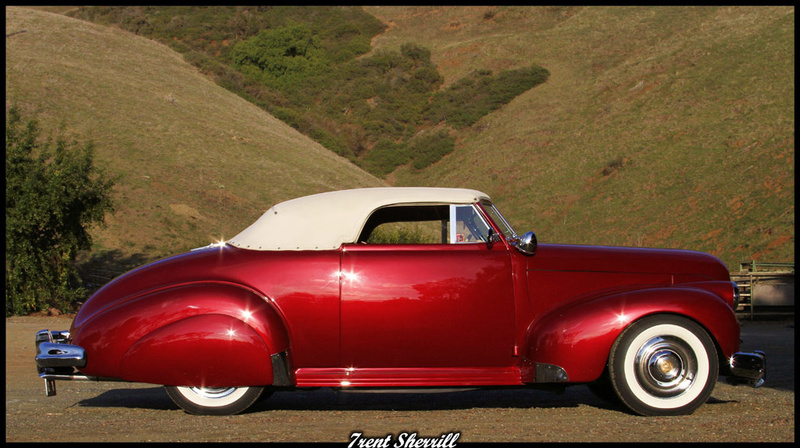 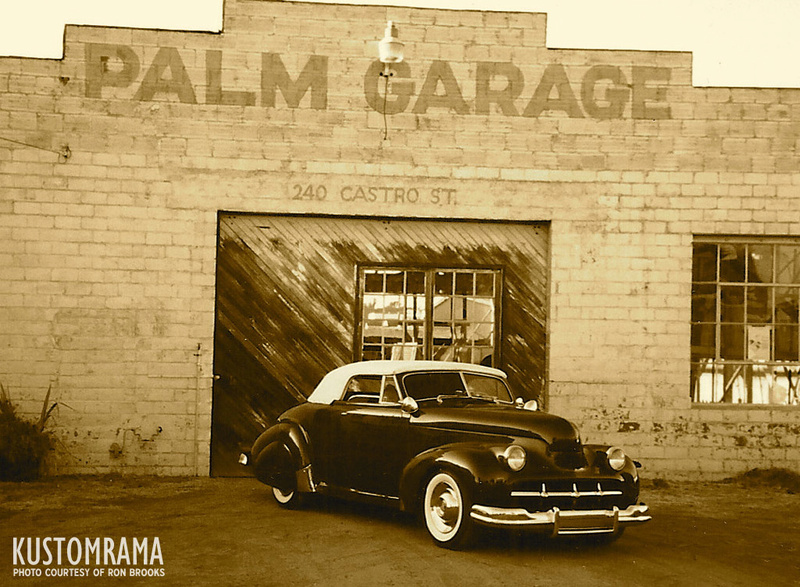 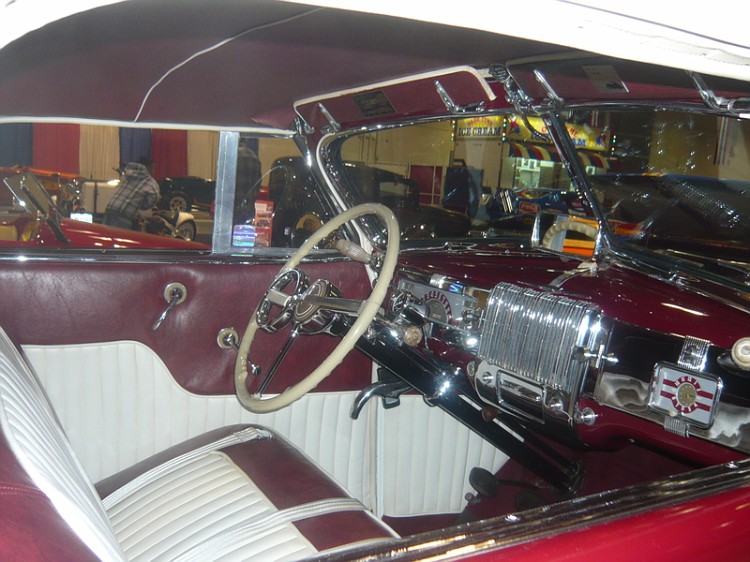 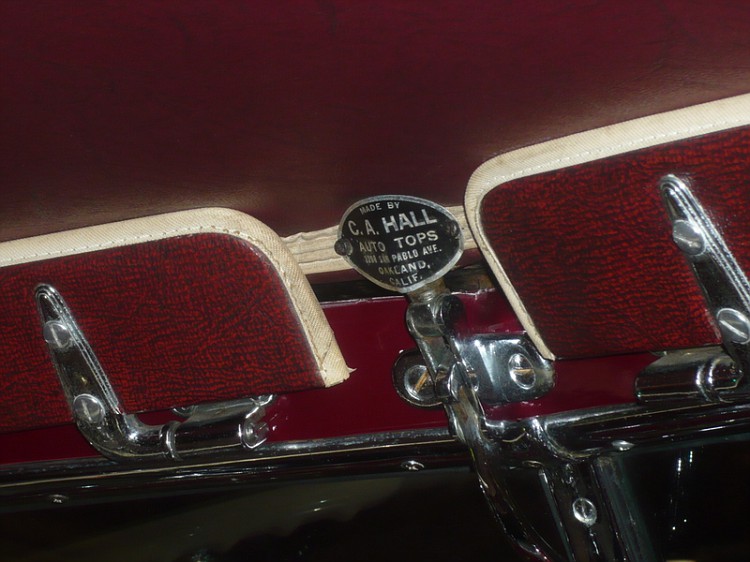 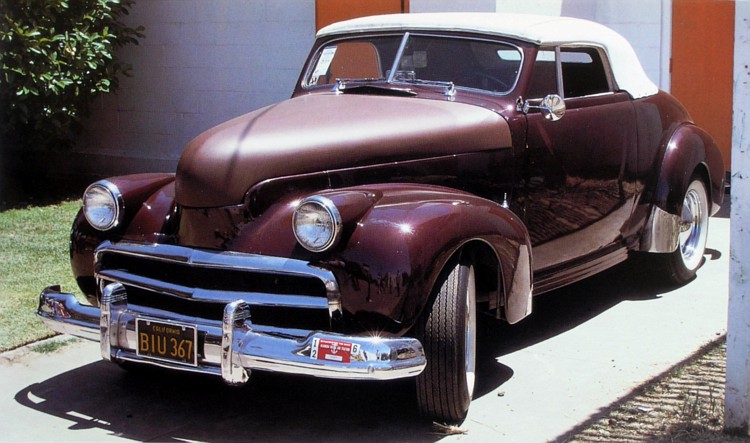 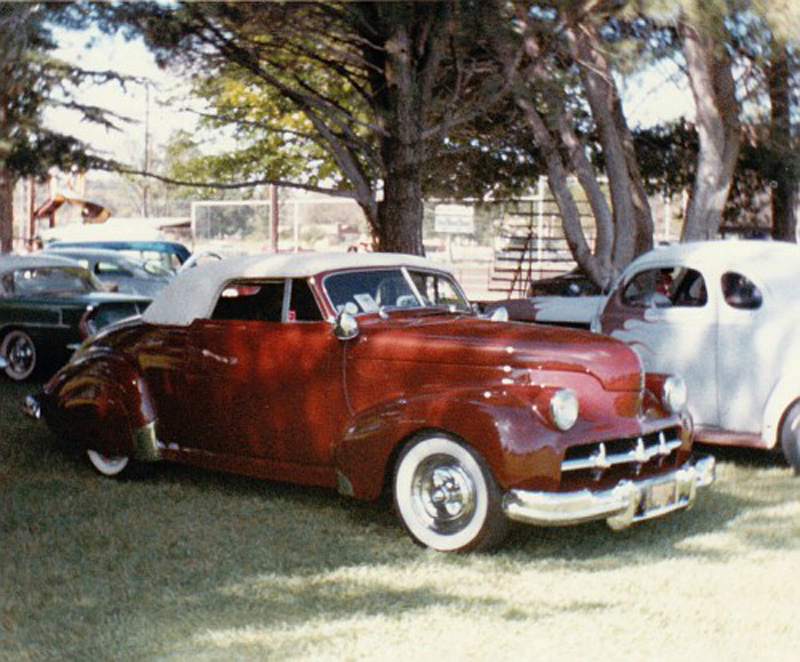