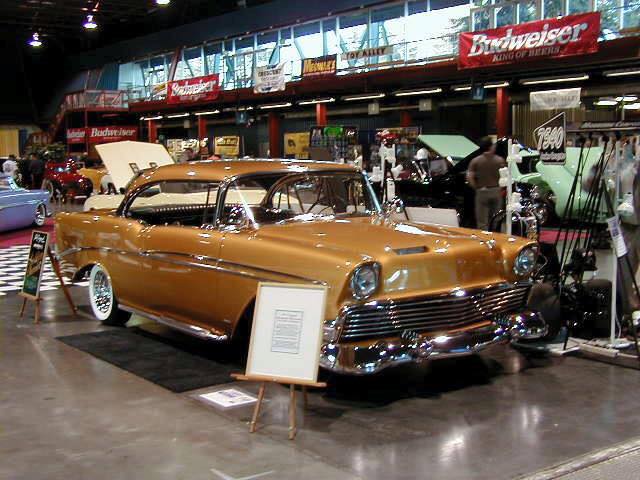 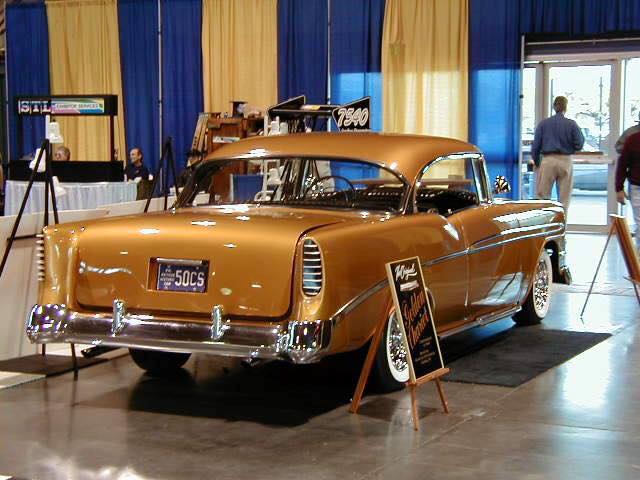 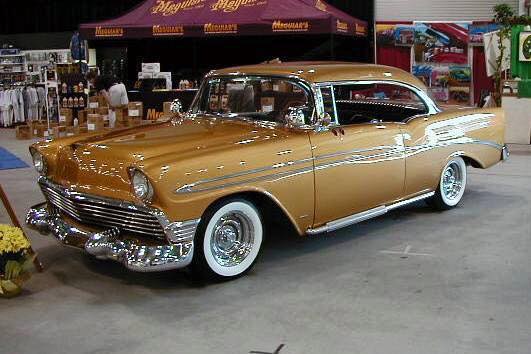 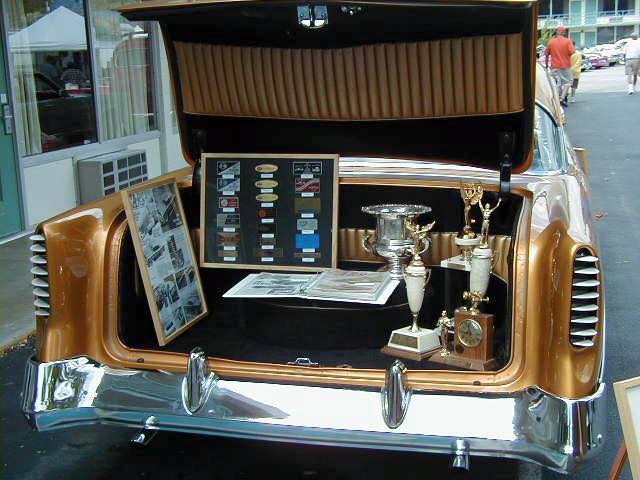 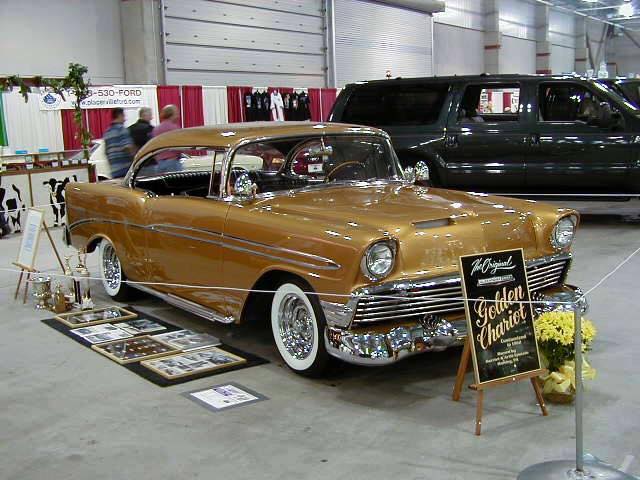 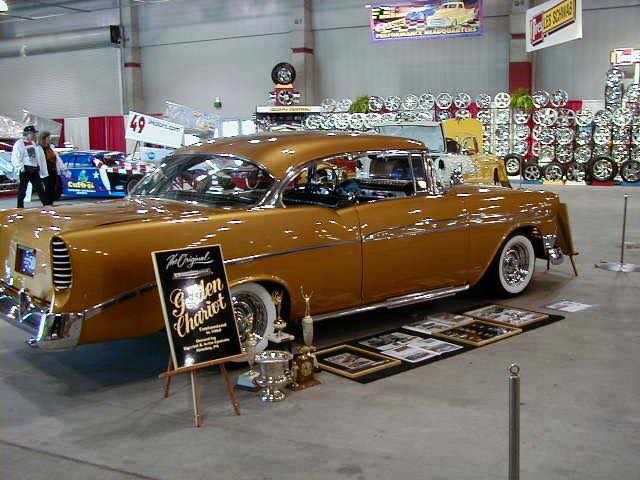 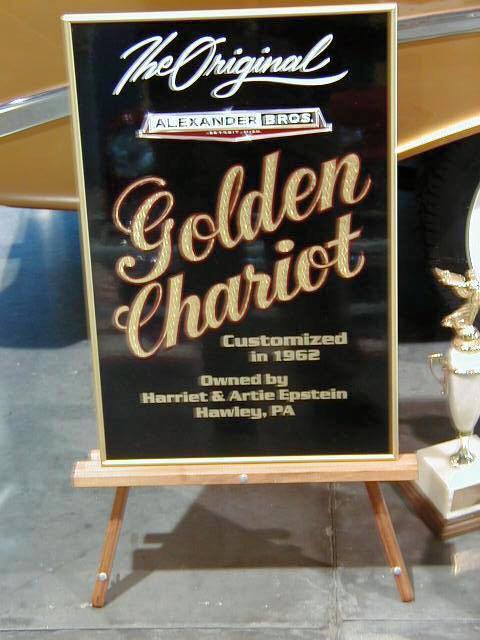 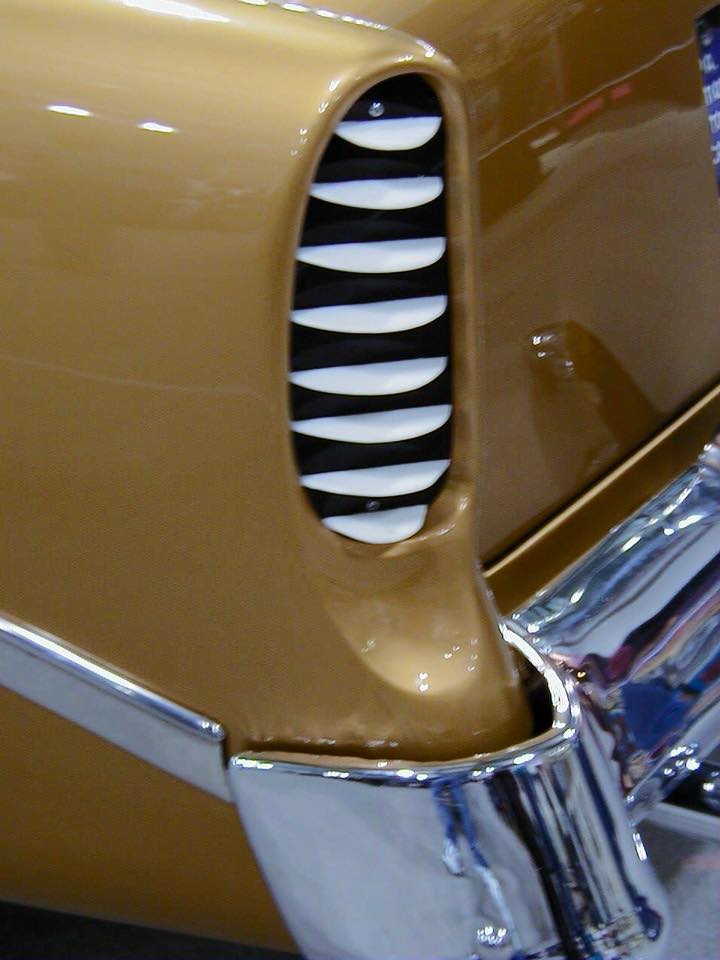 https://www.kustomrama.com/index.php?title=Dan_Tschan%27s_1956_Chevrolet
1956 Chevrolet owned by Dan Tschan of the Toledo, Ohio area. In 2016 Al Velker told Kustomrama that he first knew the car as a black two-door hardtop mild custom with Copper like flames; "It was known as "The Inferno" at that time. It was entered in the Toledo Autorama shows in this configuration." Dan later had the Alexander Brothers redo the car as "The Golden Chariot" in the early 1960s. Again it was shown at the Toledo and Detroit Autoramas. Dan sold the car, and it was later owned by a few other Toledo area residents over the next several years.[2]


In the late 1980s or the early 1990s Arthur Epstein bought the car and had it restored.[2] Arthur later sold the car to Lou Calasibetta. 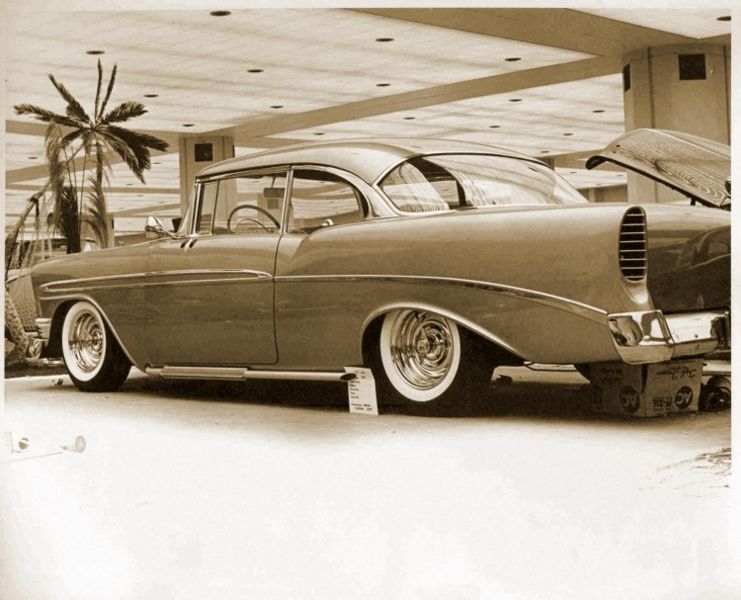 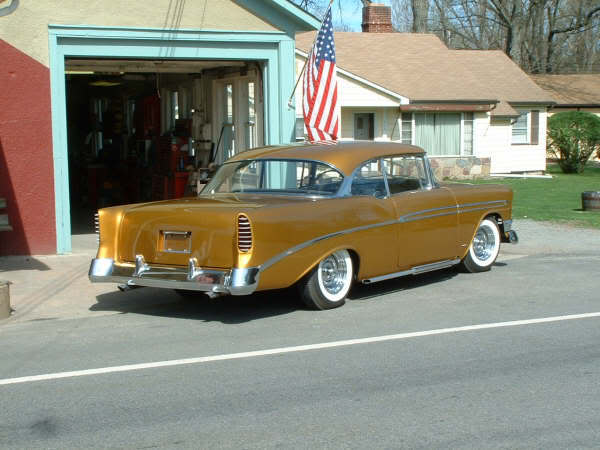 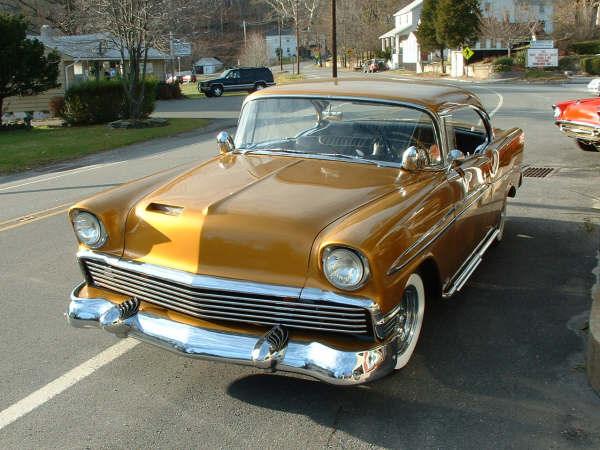 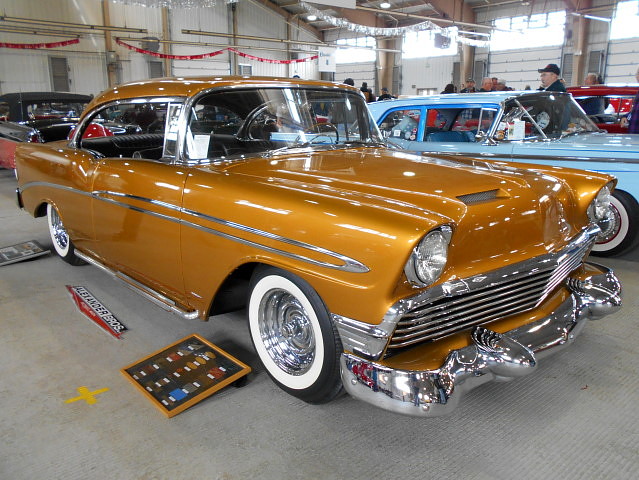 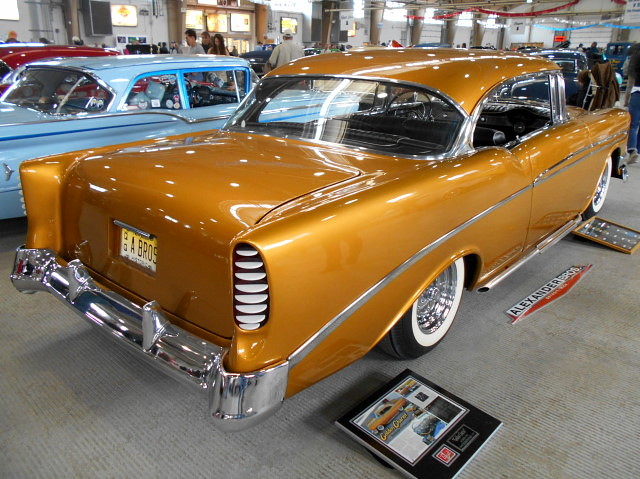