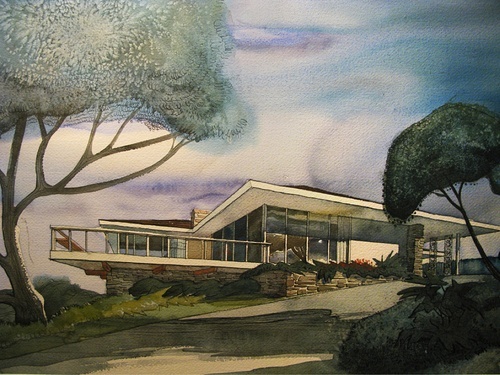 Our circa 1961 ranch house was designed by the Sacramento firm of Rickey + Brooks (Kenneth C. Rickey, architect and Fred E. Brooks, designer) from 1959-1961 for a semi-retired pear farmer. His family still owns and operates the pear farm in Walnut Grove, CA. Above is the original rendering by Fred Brooks that the original owner's kin still had in a pear shed when I went to visit them. It was in somewhat sad shape from spending a long time in the shed -- rippled and a little mildewed -- but amazingly perked up with a little TLC.
I am painstakingly researching more regarding the original architect/designer team Rickey and Brooks. Their work was published in Architect & Engineer, AIA Journal, Engineering News, Western Conservation Journal and House + Home. They received awards for their work in the Sacramento and Carmel regions.
_________________
We don't care the People Says , Rock 'n' roll is here to stay - Danny & the Juniors - 1958 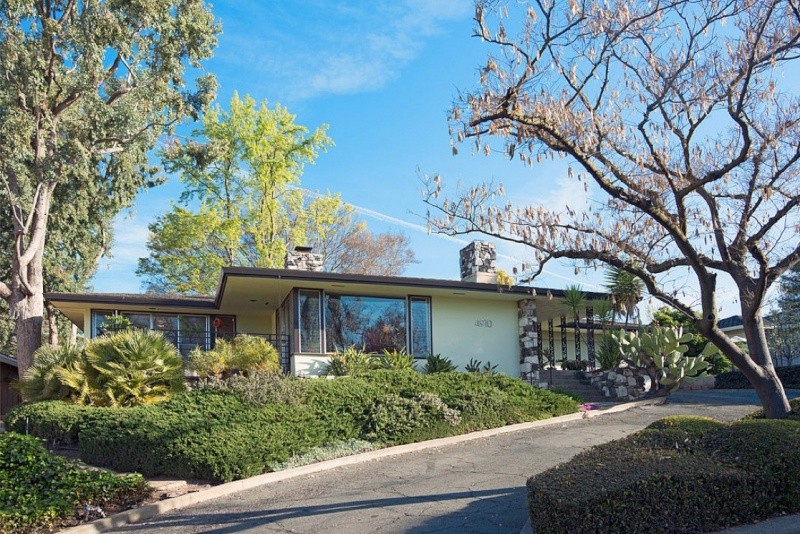 The house originally had a cantilevered deck on the west side which lasted for almost 30 years but fell into disrepair. We'd like to think we will some day recreate this engineering feat but really have no idea when we'll ever have the time or money to do so.
Fred Brooks apparently lived in Carmel and worked from there often. I even found another watercolor piece online that he painted of Cypress Point in Carmel. Occasionally we get people who come by with offers to buy our house, sight unseen except from the street. The last people had their agent come over to make an offer on the "Play Misty For Me" house.
_________________
We don't care the People Says , Rock 'n' roll is here to stay - Danny & the Juniors - 1958