Known for its exaggerated, futuristic design, Googie architecture originated in Southern California during the 1940s and remained popular through the mid-1960s. Googie-style buildings were known for upswept roofs, geometric shapes, sharp angles, bright neon colors, and their unusual use of glass and steel. This modern, post-WWII style of architecture was heavily influenced by the Space Age, car culture, jets and the Atomic Age. It was named after John Lautner’s pioneer design of a West Hollywood coffee shop called Googies. Other coffee shops, along with motels, gas stations and fast food chains, quickly jumped on the bandwagon and continued the trend. 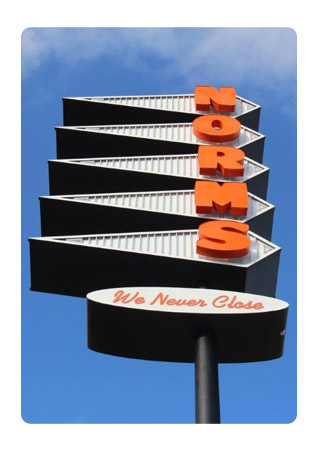 NORMS has its own history with this iconic style. NORMS’ La Cienega location, which is near Melrose, is a classic example of Googie architecture. Designed by Eldon Davis of Armet Davis Newlove Architects in Santa Monica, it opened its doors in 1957 during the peak of the Googie trend and won the National Restaurant Association’s design award at that time. Currently, it’s the oldest NORMS still operating today, and on May 20, 2015, the Los Angeles City Council voted to add it to the list of Historic-Cultural Monuments. The Los Angeles Conservancy, Cultural Heritage Commission and Councilmember Paul Koretz were instrumental in helping NORMS’ La Cienega location achieve that status. A picture of the location can be seen here.

Another NORMS location that boasts the Googie style is Huntington Park on Slauson Avenue, which is near Pacific. As the second-oldest NORMS operating today, it features full-exhibition cooking where guests can enjoy a front-seat view to the making of NORMS’ notable eats. Two later NORMS locations — Figueroa and Sunset Boulevard — mimicked the Huntington Park location’s design, but both are now closed. The last NORMS restaurant built with the Googie design was on Long Beach Boulevard at PCH in Long Beach. While that location is no longer open, the building still stands but has since changed. Only a trained eye could recognize its Googie roots.

In 1991, NORMS opened its Whittier location near Colima, and the building was a nod to NORMS’ previous Googie-styled buildings. It was designed by the same firm as the La Cienega location, Armet Davis Newlove Architects, but Victor Newlove was the architect that brought back the flavor of those early days. Now, three other locations have been based on that design: Downey, Anaheim and South Torrance. Not all locations have the same design. Some locations resemble each other, depending on when they were built. However, in each restaurant, there’s the feeling of NORMS’ architectural roots from the La Cienega design.
A Penchant for a Pennant 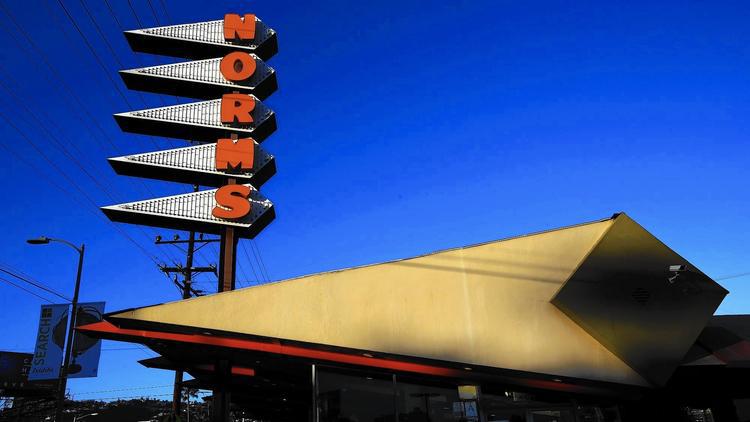 NORMS’ sawtooth pennant sign is well-recognized in SoCal and continues the Googie style of the restaurants. Originally designed for the La Cienega location, Norm Roybark and Eldon Davis actually drew it on a napkin. The original sign was metal with neon letters, and its famous washing and flashing has come to signify great food and great service. Although 13 of 18 NORMS’ locations have a sawtooth pennant sign, only some of them wash and flash. The signs are usually out of compliance with planning departments throughout SoCal, but NORMS always petitions for a variance as more restaurants are built. The city of Torrance allowed a scaled-down version in 2000, and the city of Anaheim agreed to grant a variance after moving the restaurant within the city around 1995. NORMS’ Claremont location now boasts the first freeway pennant, towering 100 feet, and the Pico Rivera location, which opened in 2014, has the first digital pennant.

Last week, the Los Angeles City Council designated the city’s oldest surviving restaurant of the Norms chain a historic and cultural monument. Built in 1957, the La Cienega Boulevard diner was designed by architects Louis Armet and Eldon Davis in the Googie style. The futuristic design movement originated in Southern California in the late ’40s and used bold curves and sharp angles to draw motorists to roadside businesses.
_________________
We don't care the People Says , Rock 'n' roll is here to stay - Danny & the Juniors - 1958 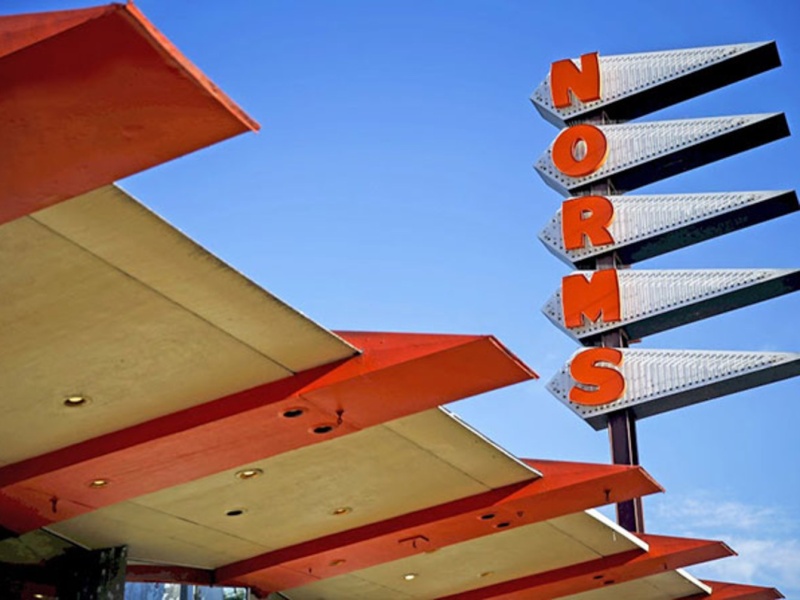 City officials heard public outcry when the building, noted for its elongated diamond façade and trademark sign, was slated for demolition. Preservationists fought swiftly for its protection on the grounds of architectural significance as well as human value—Norms, they argued, was a community mainstay.

In an event held earlier this year, Mad Men creator Matthew Weiner disclosed that his acclaimed television show got its start at the restaurant, where he penned notes on its first episodes. “We should recognize its artistic value, its symbolism as a vision of Los Angeles,” said Weiner. “It is an inspiration and a treasure and should be treated as such.”

Any demolition at Norms now requires additional approval by the city council, and with such an outpouring of support from the community, that approval may be hard to get. 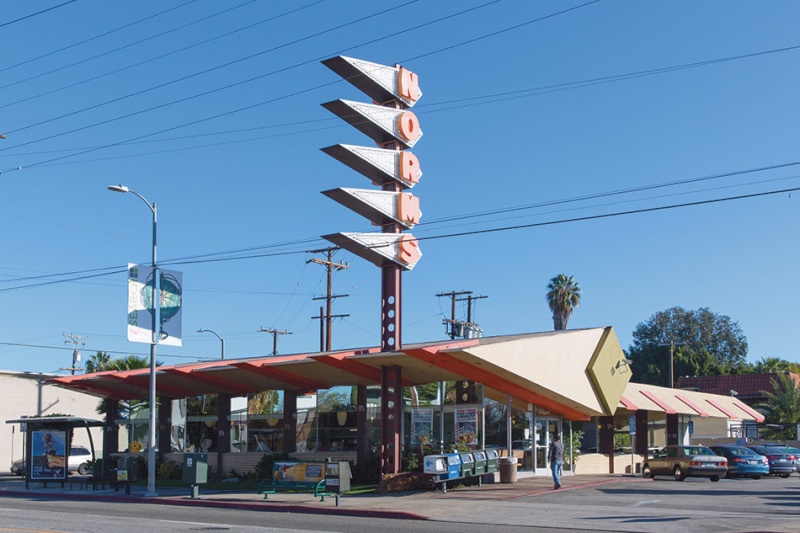 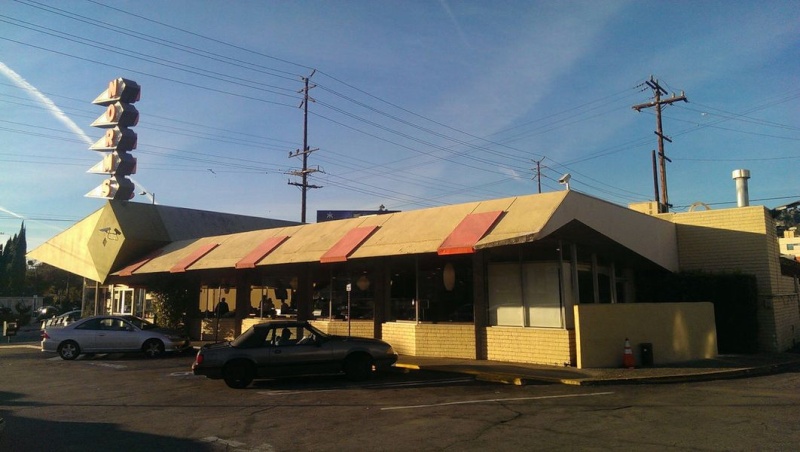 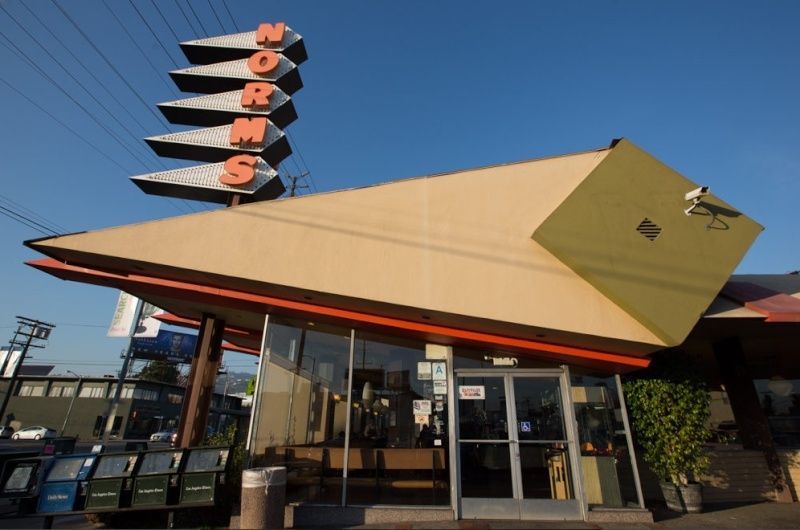 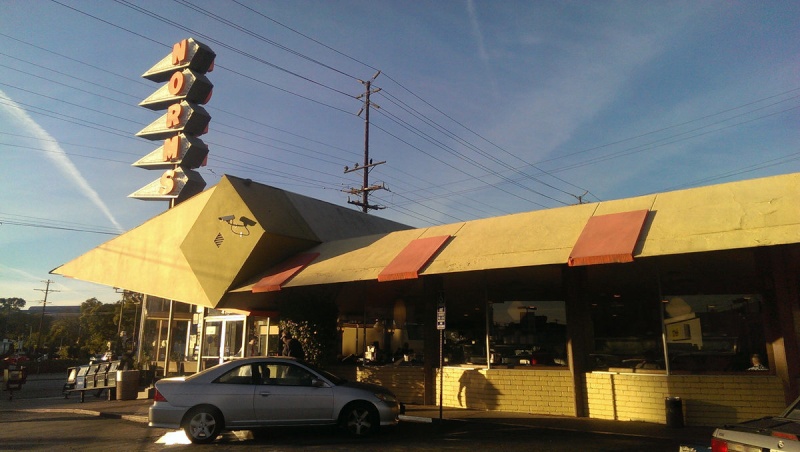 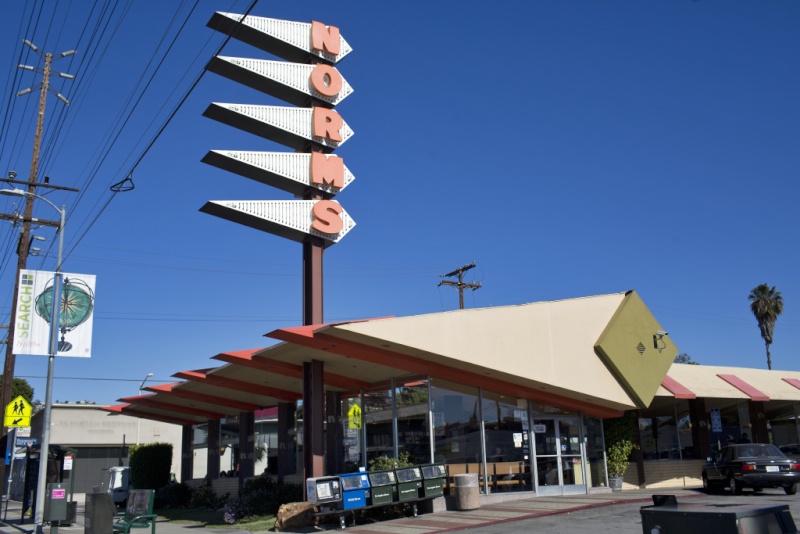 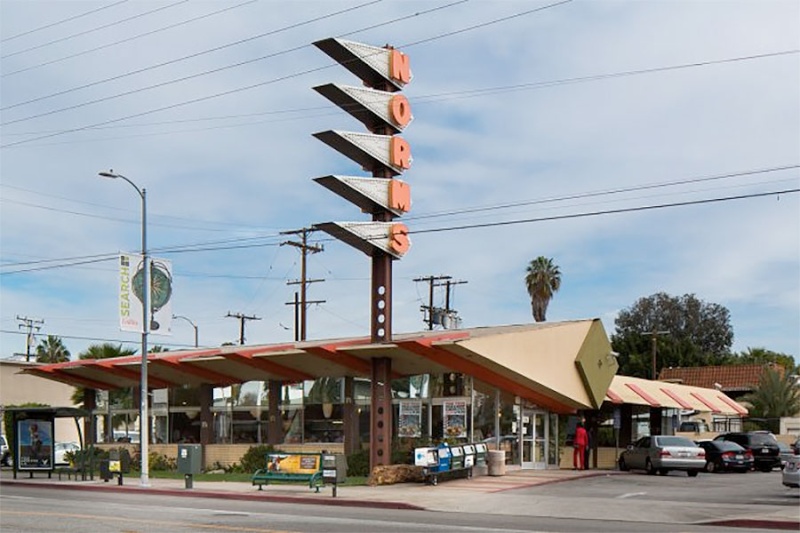 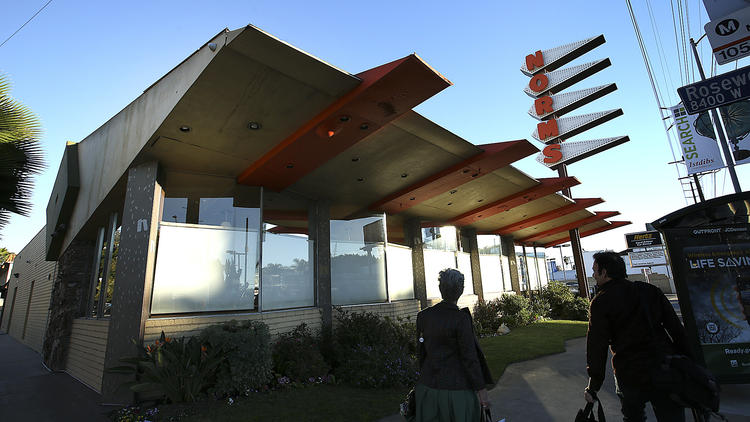 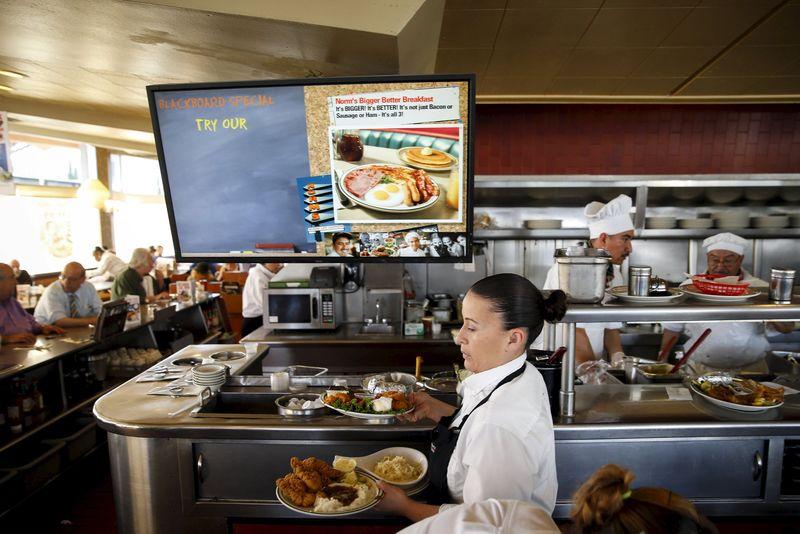 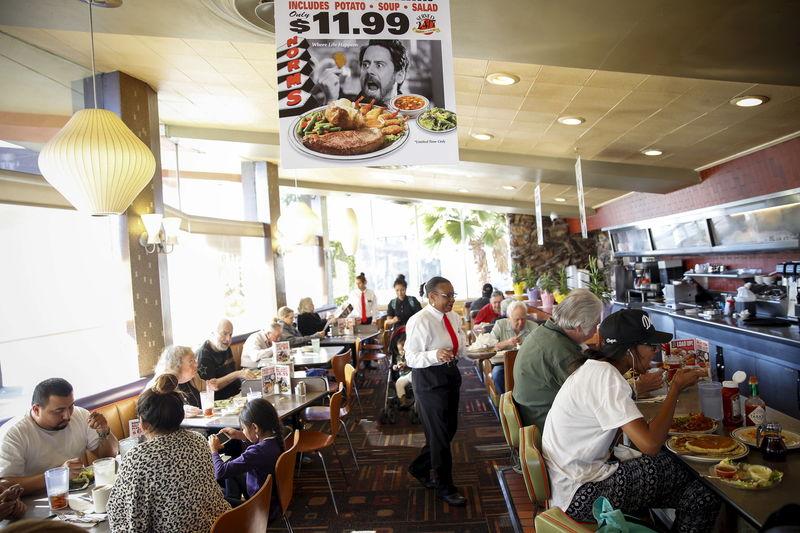