Someone please save This GEM! 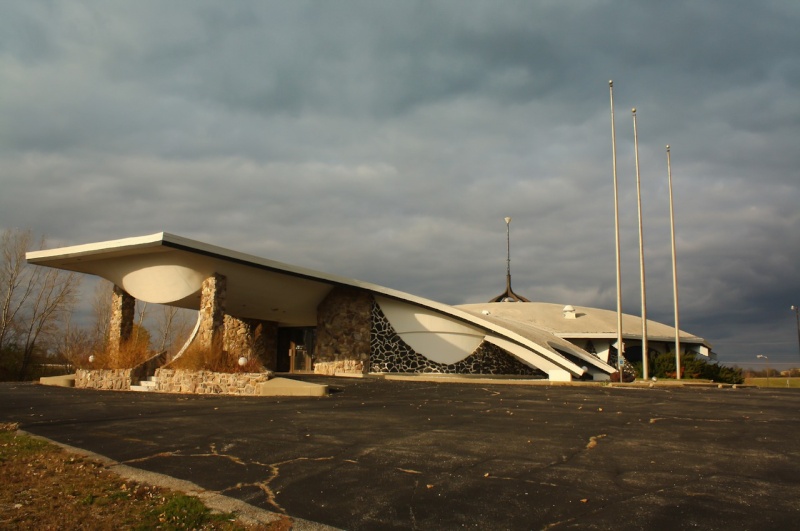 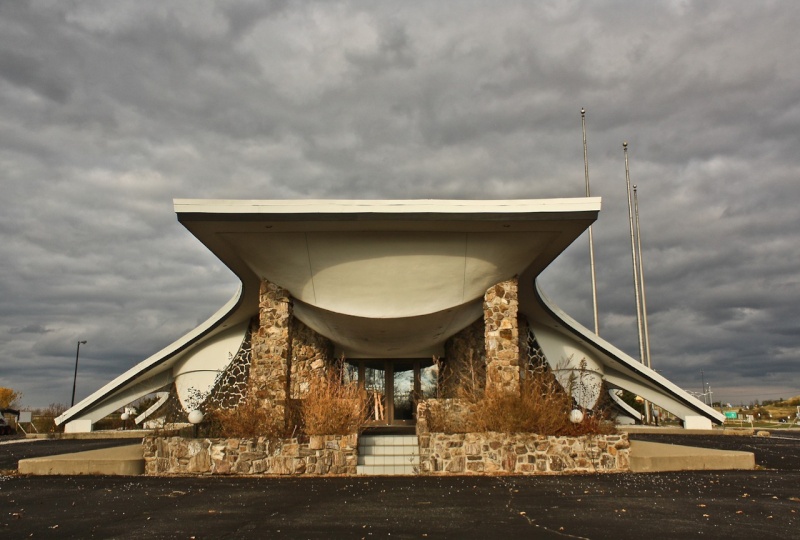 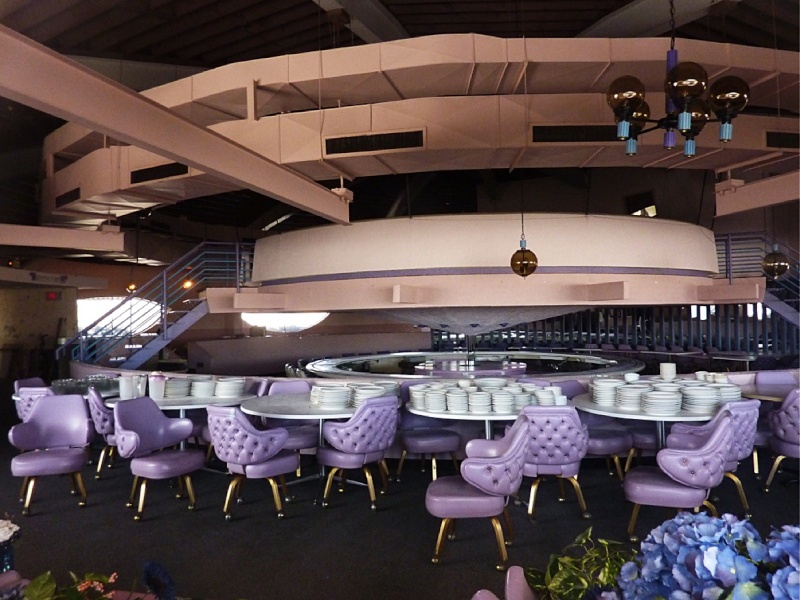 Re: The Gobbler Restaurant & Motel in Johnson Creek 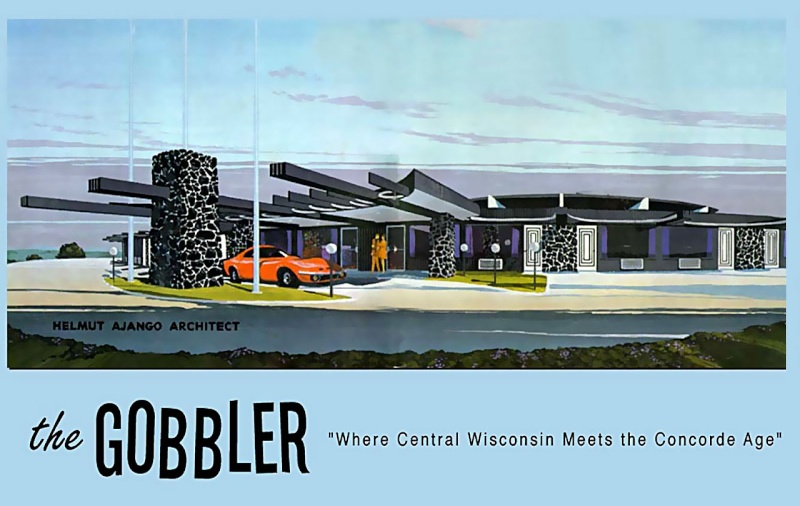 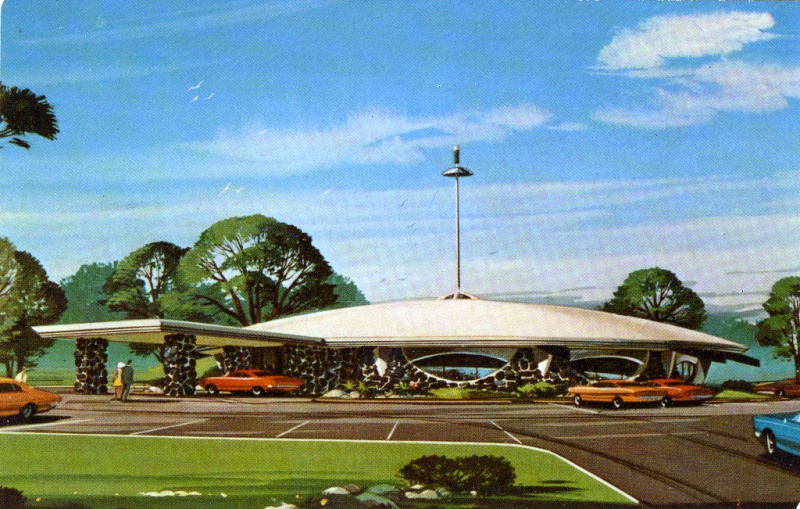 The Gobbler Restaurant & Motel in Johnson Creek, Wisconsin was designed by architect Helmut Ajango for local poultry processor Clarence Hartwig and opened in 1967. The menu featured turkey, prime rib and steak. A rotating circular bar that completed one revolution every 80 minutes was a signature centerpiece of the building.

in later years, the business struggled and Clyde Hartwig closed operations by 1995. After the Hartwig family sold the property, several restaurants were opened but ultimately failed because the owners had no experience as restaurateurs.

The legendary supper club remains, but the motel was burned (because of structural wood rot) as a fire department training exercise in 2001. The last tenant went out of business in mid-2002. In 2011, the locally produced film “Missed Connections” was shot on location at the restaurant.