1934 Ford Convertible Sport Custom owned and restyled by Robert E. Roeder of Emmaus, Pennsylvania. Robert worked as a Sheet Metal Finisher for the nearby Mack Truck, and in 1938 he bought a 4 year old 1934 Ford Cabriolet. Robert's father did also work at Mack, and he and Robert used to share ride to work in the Ford.[1] 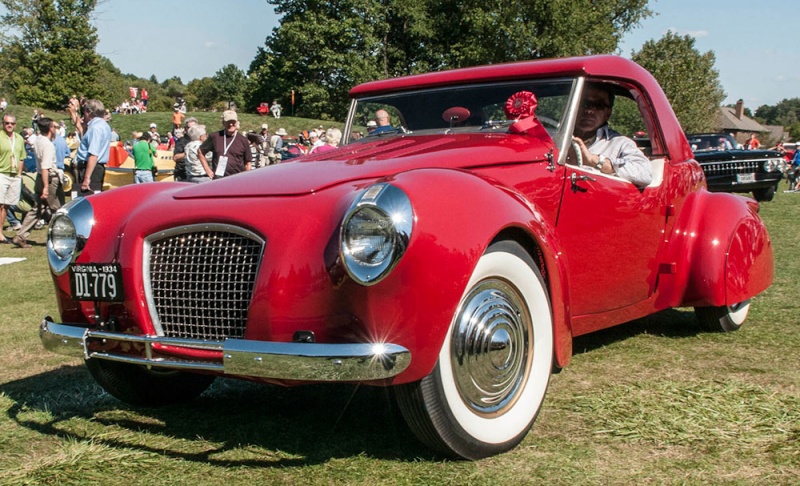 After painting the cabriolet a jaunty gray and maroon with the help of his brother Paul, a local body and paint shop pro, Robert started to feel the customizing itch. Then came the war, and the car was put up on blocks while Robert served WWII with the Marines. Like many returning veterans, Robert’s mind was filled with new ideas that were fueled by what he had seen and heard. He poured over magazines and books for more ideas, but it was a sketch of a low sporty car by his young son that gave him the final plan. Robert’s buildup of the custom started in 1948, after minor contact with the rear of a dump truck at an apple orchard. Robert channeled the body about 6 inches over the stock frame and fit it with 1940 Mercury front fenders. In the rear the car received a pair of sectioned 1940 Ford fenders that were shortened, trimmed and had opening shapes altered. All the fenders were molded to the body. The front required some innovative inner fender and nose panel fabrication to complete the restyling. An example is the grill opening panel which is based on a 1937 Studebaker trunk lid! A rear opening hood was fabricated from aluminum and used the original rumble seat’s hinges. The rear valance panel looks to be sourced from the same car as the rear fenders, being added over the stock valence. The valence was altered to serve as an accent to the spare tire and dual exhaust tips. The doors received a Euro treatment, with scooped down tops and no side glass. The cabriolet cowl was shaved smooth and a 1937 Packard roadster windshield frame was narrowed and chopped to fit the cowl top. The fuel tank is a cut down aircraft part and takes the place of the original rumble seat’s position with dual filler caps on the body. Several interior and exterior trim pieces came from the Mack parts bins, like the one-piece fabricated grill surround being based on Mack fire truck trim stock. Robert equipped the car with a lift-off steel hardtop, made from the rear roof section of a 1948 Plymouth. All bodywork was finished in lead, and the car was painted red.[1]


Inside, the dash panel received a Studebaker speedo in an unknown chrome panel. A steering wheel and column from a 1938 Lincoln Zephyr and a pair of 1940 Bantam Phaeton bucket seats were installed. Red pleated seat vinyl and red, white and black door panels finished it off.[1] 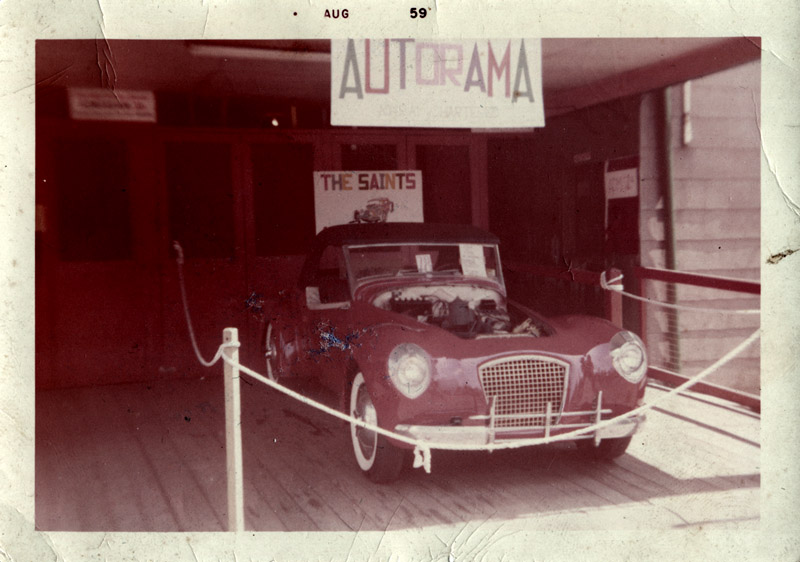 The chassis was updated with a 1940 Ford rear axle and hydraulic brakes all around. The stock front axle was kept, but tube shocks were added. The first powertrain used was said to be a "full house" Merc flathead and a toploader 3 speed stuffed with Zephyr gears. The initial build lasted 5 year, but his vision really evolved over the next 20 years. New ideas like the taillights, which were inspired by the new 1953 Corvette, were added by Robert in 1954 to keep the custom fresh.


This engine lasted until 1958 when it blew up after some spirited driving. Roeder went to the local wrecking yard and plucked a 265 small block engine from a nearly new 1955 Chevrolet. The engine was adapted to the Ford toploader transmission. A hand made dual exhaust that exited through the rear valance panel was made for the car.[1]


Roeder drove and showed the now red roadster in the Allentown area for more than 30 years, collecting numerous trophies and praise for his custom. He found fellow hot rodders to cruise with in the local Saints Car Club. He kept the car until his passing from cancer in September 1971 at age 43. When he died the car was almost unmodified from the initial version. After Robert died, his widow kept the car for 20 more years. In 1998 Terry Bean went back to Roeder's house in order to ask about the car. Robert's widow had kept it stored in the garage since his death. Terry, who had admired the car since he was a little kid, was able to buy the Ford from Robert's widow. Terry kept the car until 2010, when he sold it to Stephen Salata of Pickney, Michigan. After buying the car, Stephen handed it over to Orchard Auto Restoration in Redford, Michigan for a freshening up. At the shop the Roeder Sport Custom received a new paint job, some interior work, and a few other upgrades. The restoration was completed by March, 2011.[1] 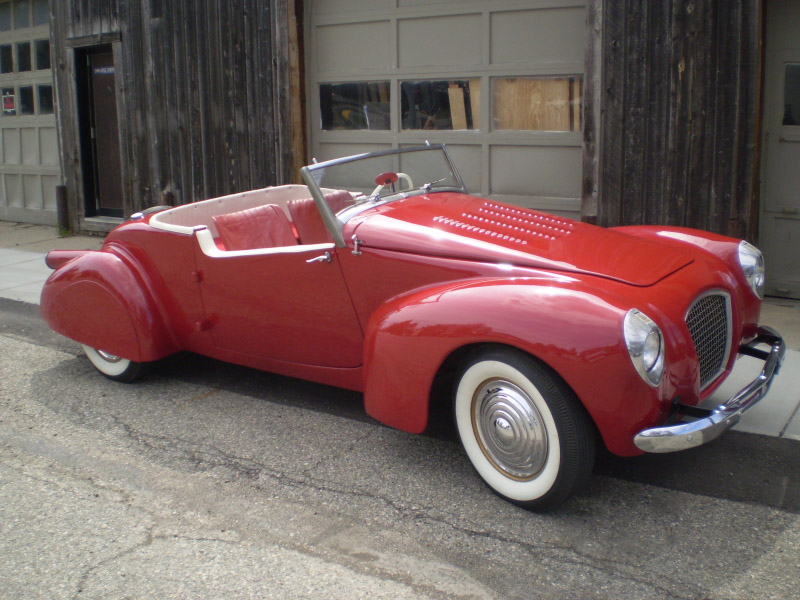 In November of 2011 the car was advertised for sale on eBay. In September of 2012 the car won an "Award of Distinction" in the "Mild to WIld: Customs" class at the Glenmoor Gathering. Current owner was Wayne Carini of Portland, Connecticut and Ralph Marano of Westfield, New Jersey.[2] 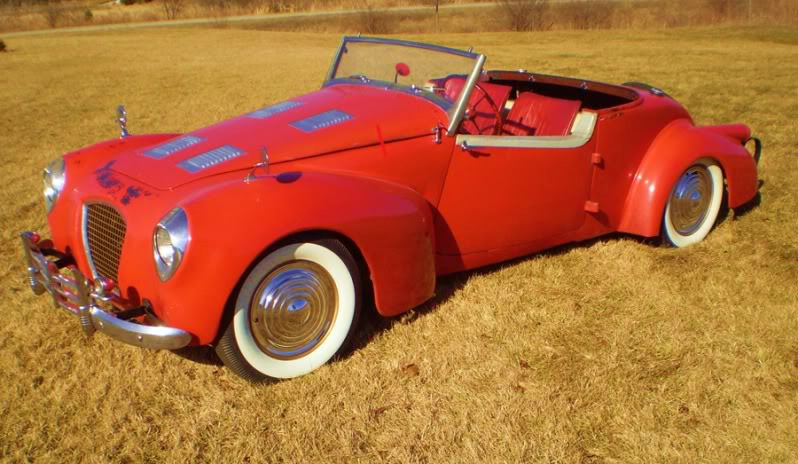 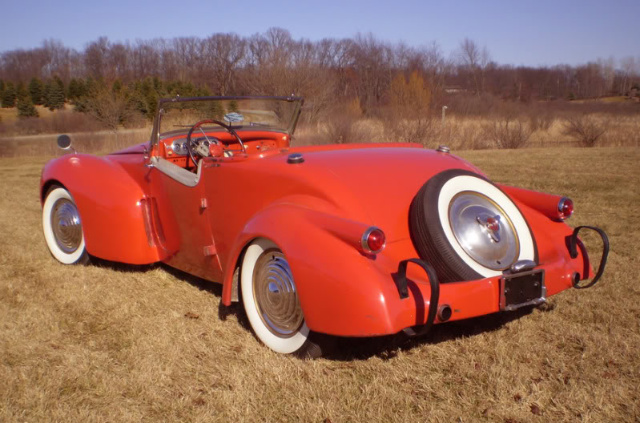 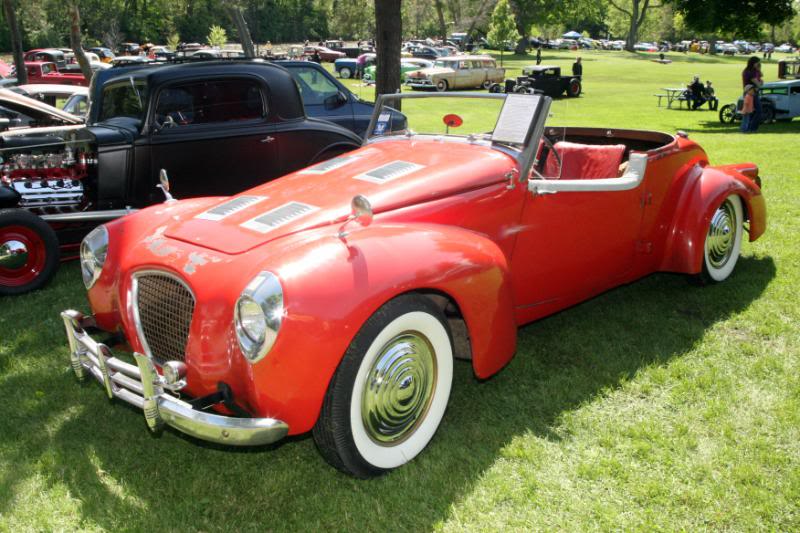 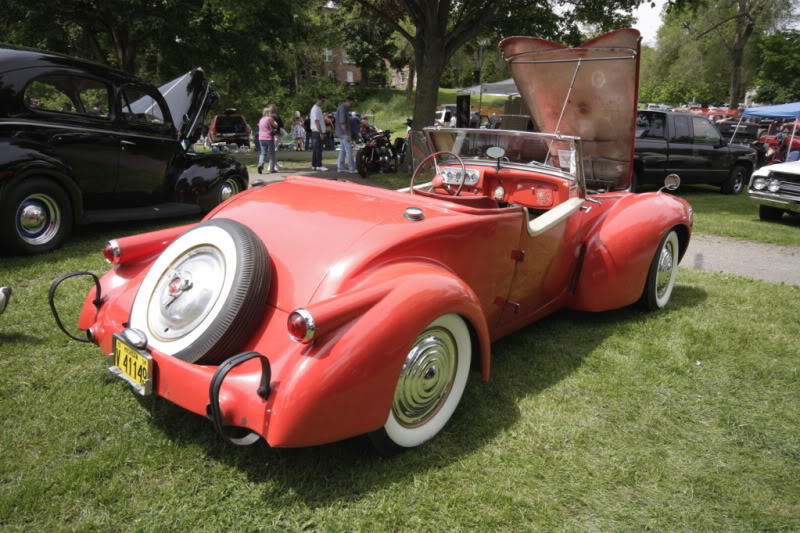 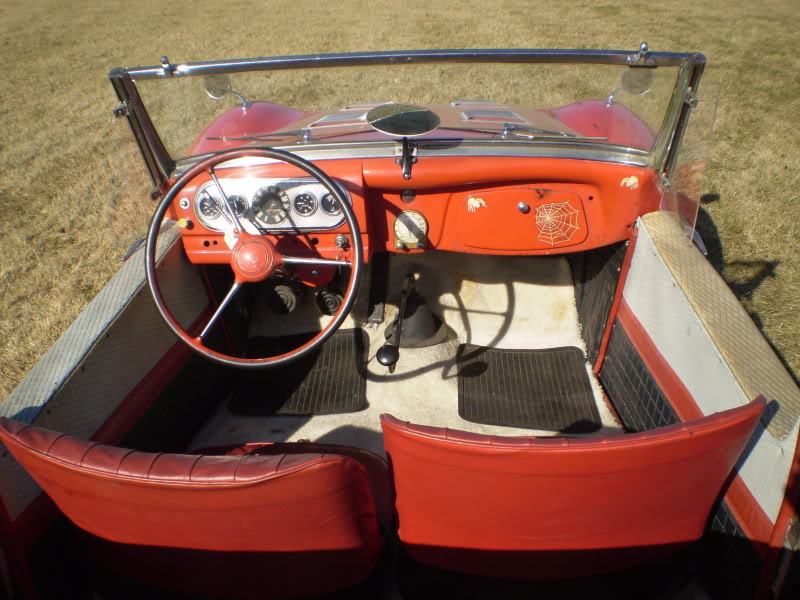 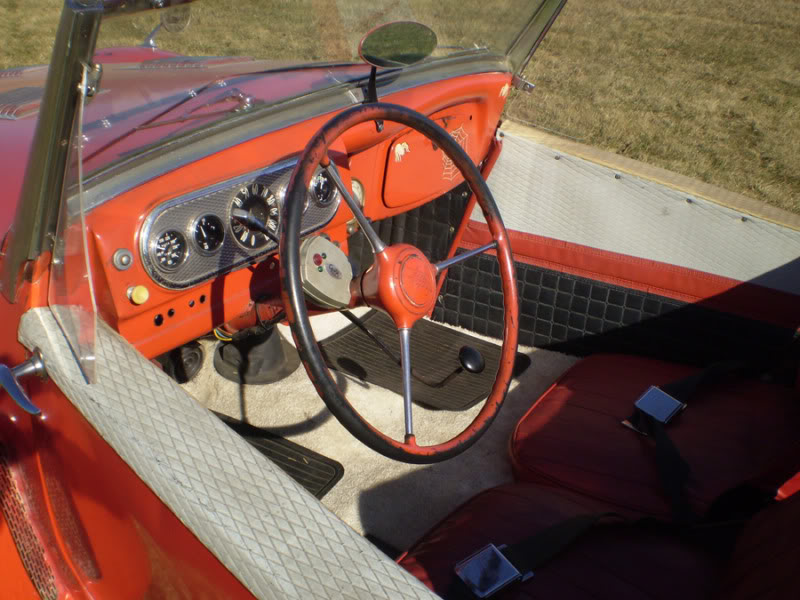 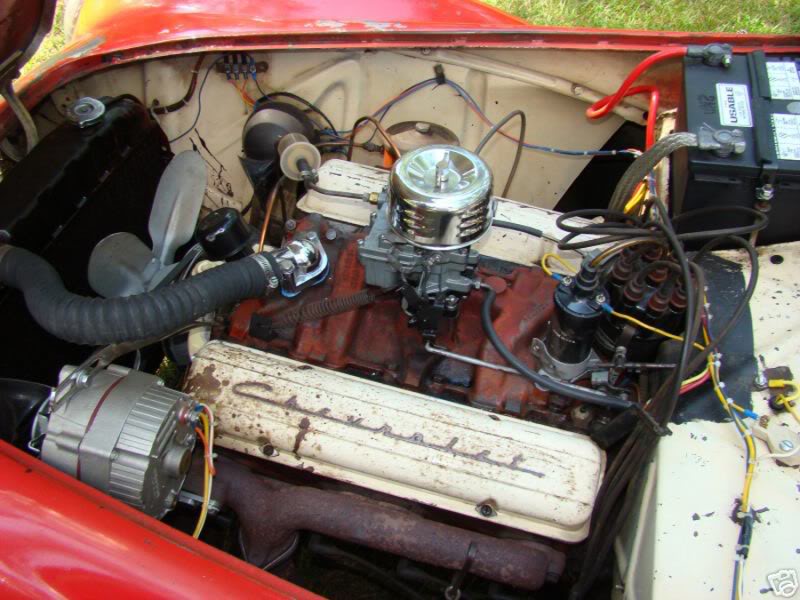 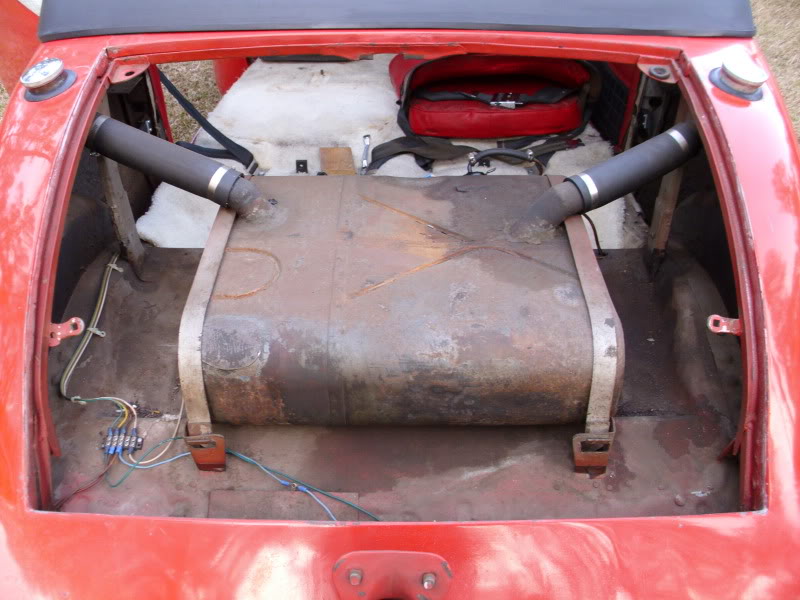 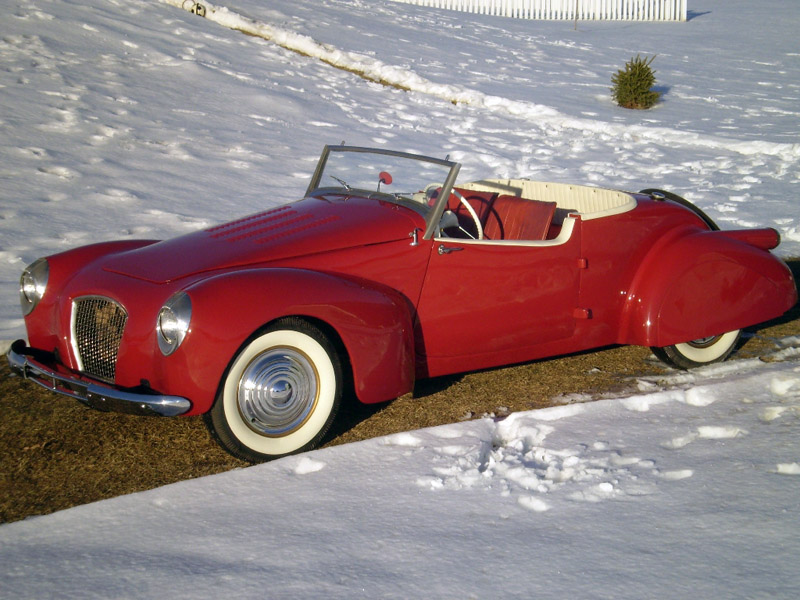 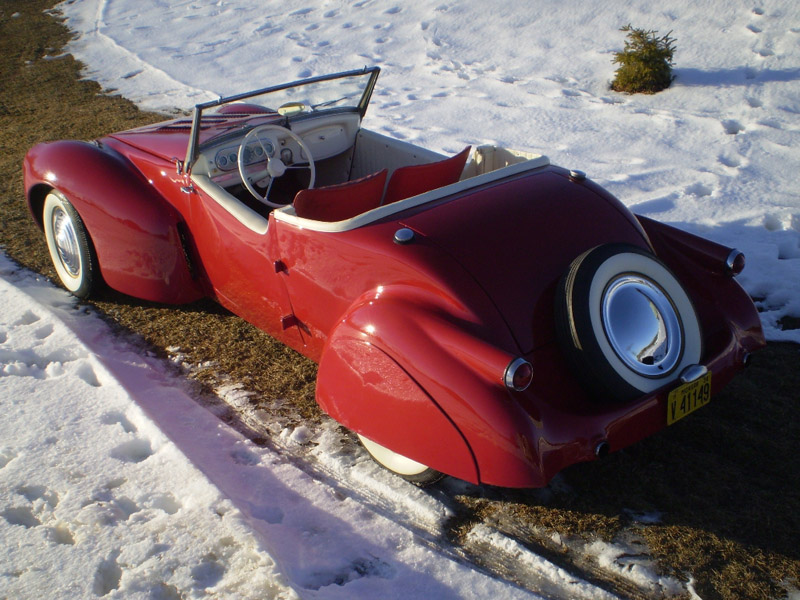 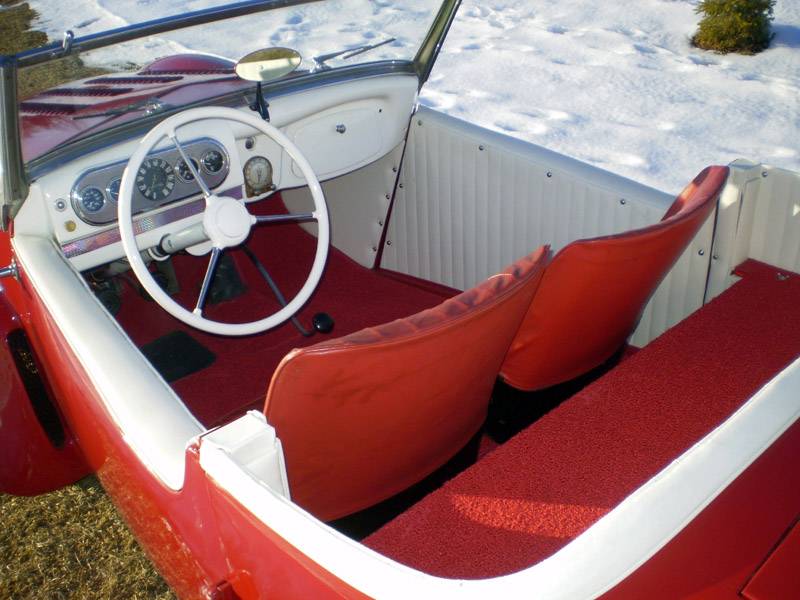 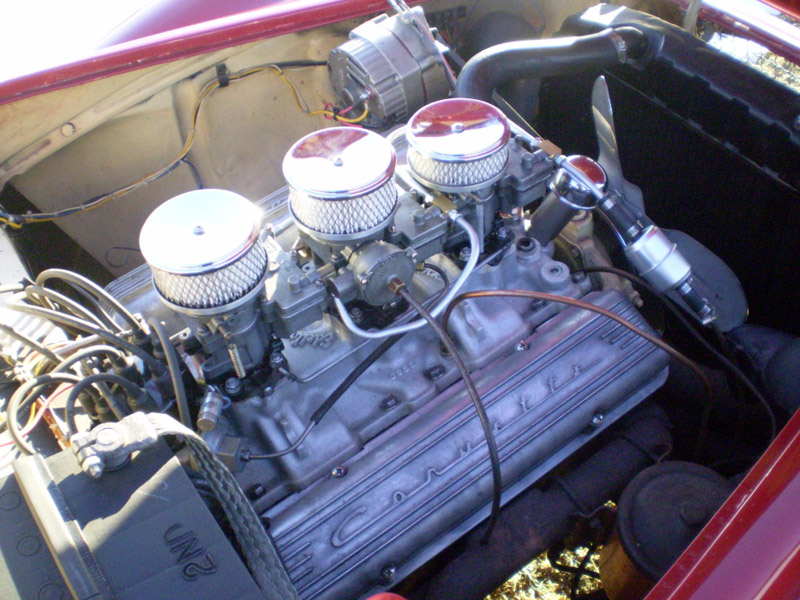