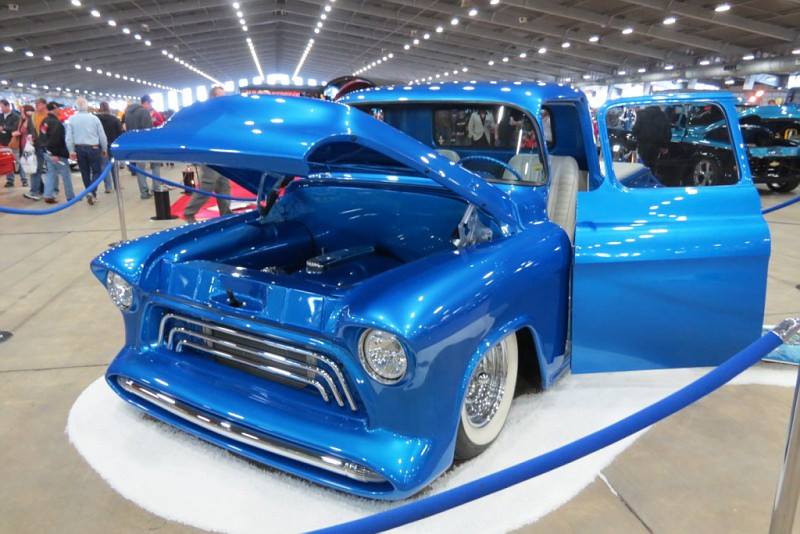 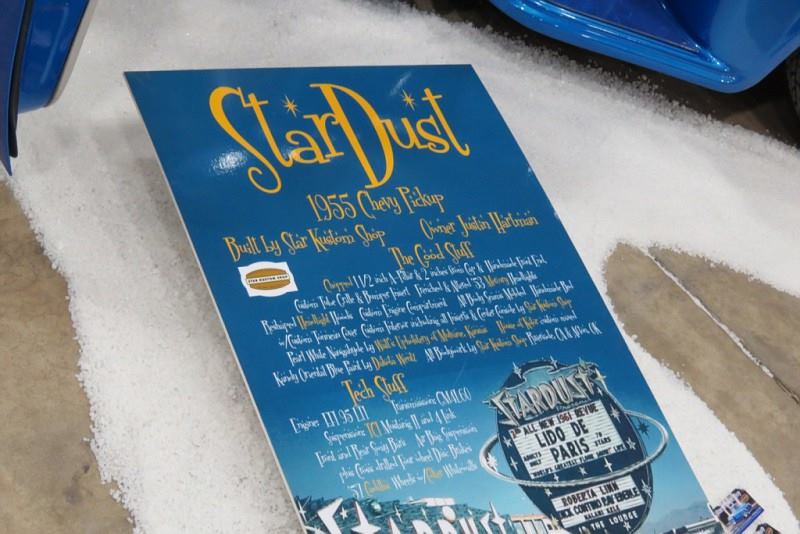 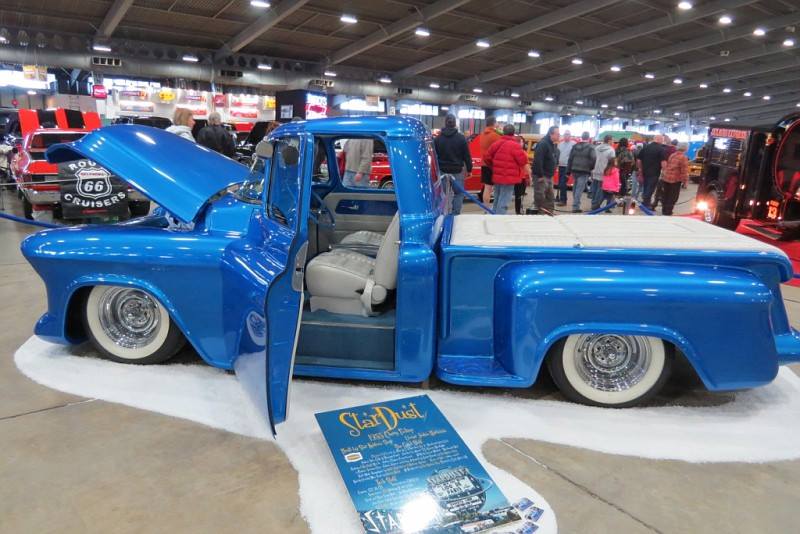 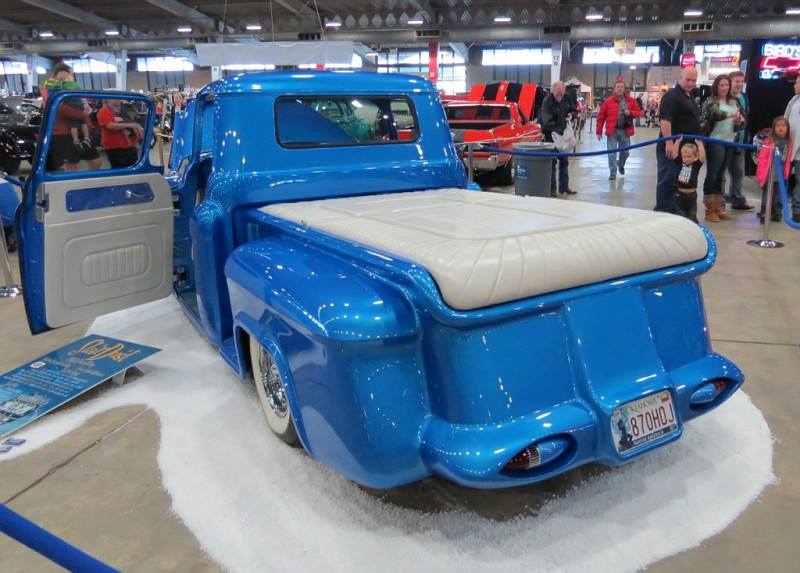 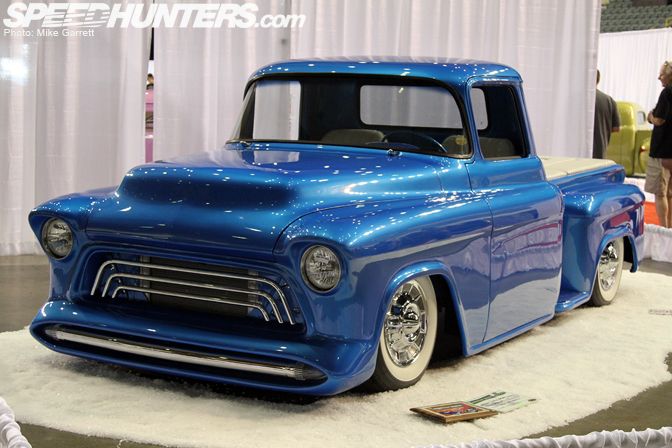 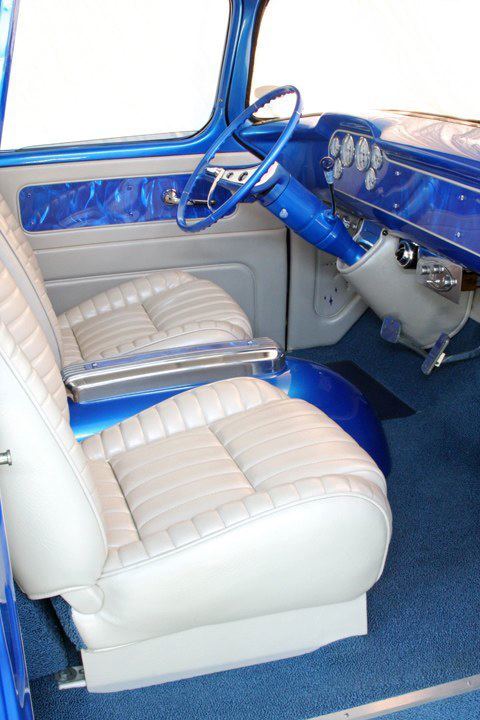 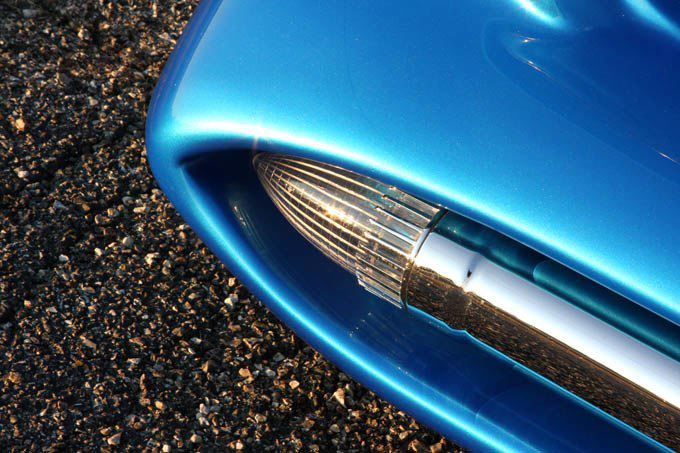 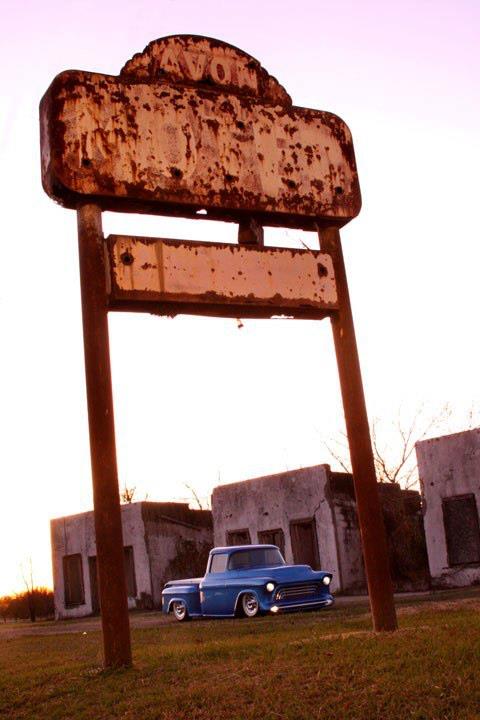 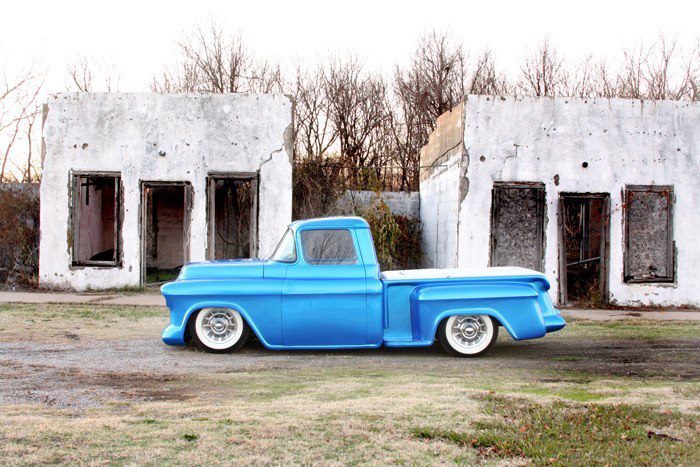 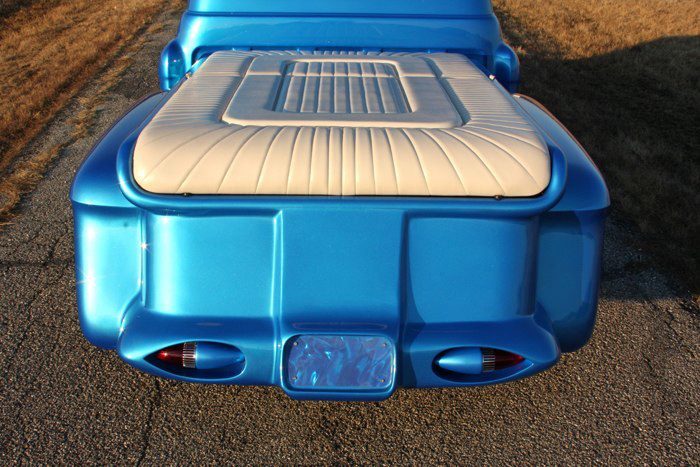 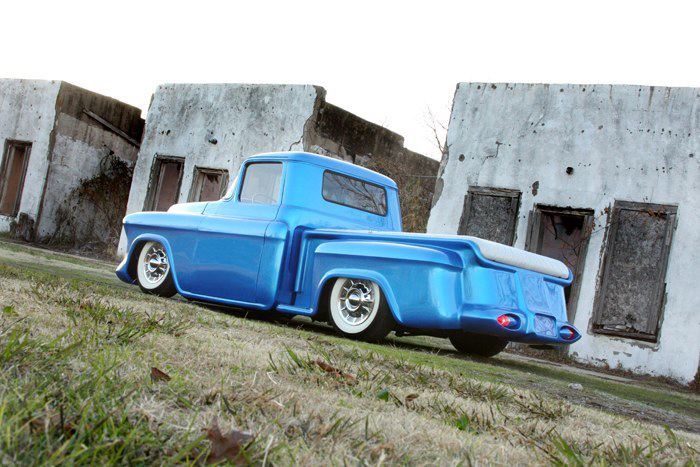 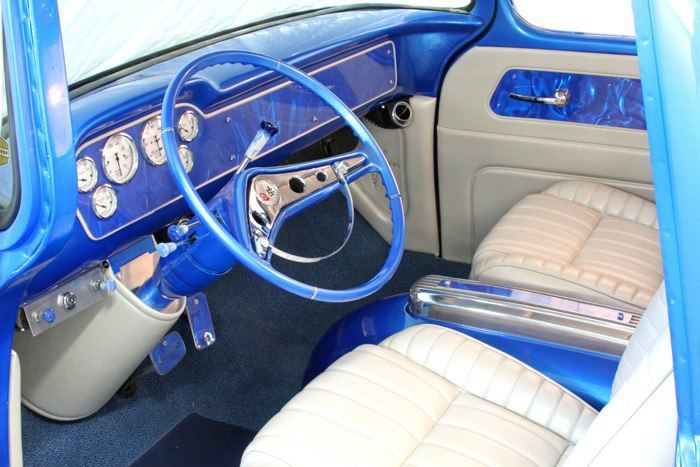 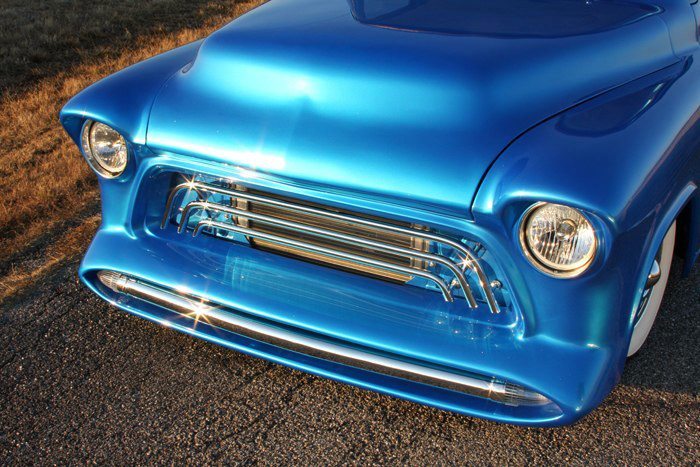 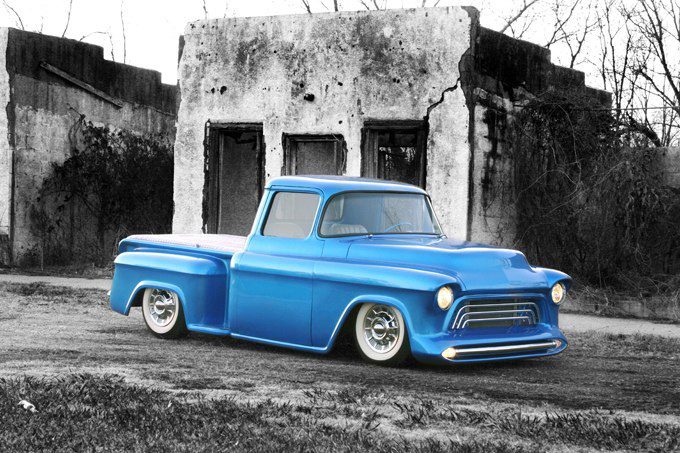 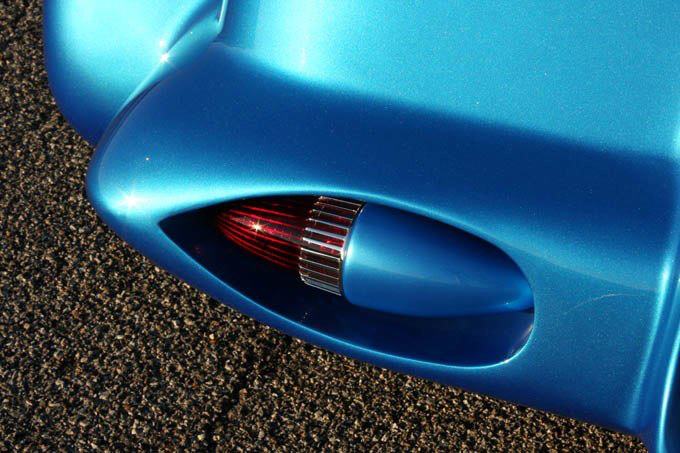 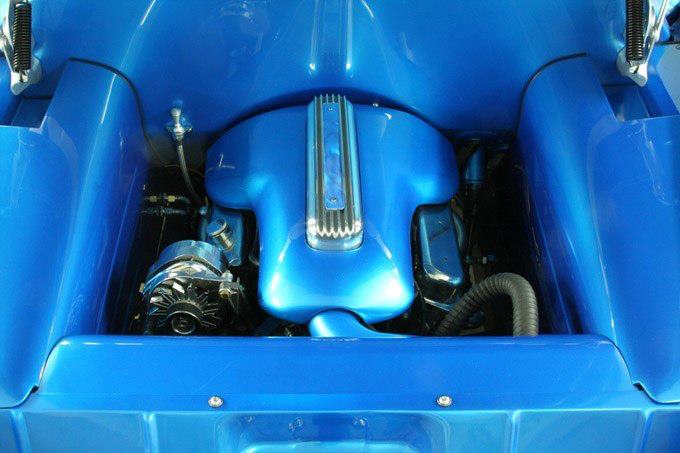 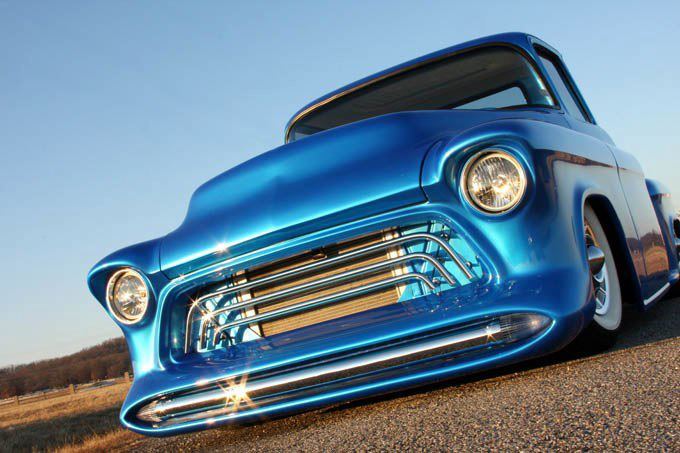 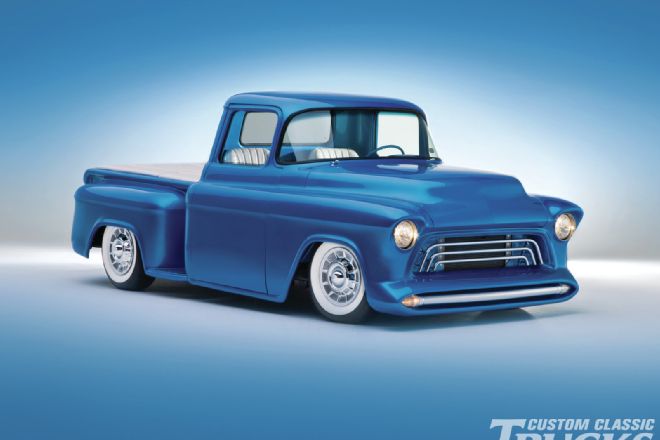 If various aspects of this ’55 Chevy truck seem familiar, well, it’s no coincidence. Over the past few months there have been a handful of stories on the pages of CCT on building Star Kustom Shop’s newest project, “Stardust.” As mentioned through the stories, Stardust is a throwback to the golden era of customizing, mixed with fresh ideas and a blend of modern-day tastes. But before we get too in depth about the truck, let’s go back to the beginning and see how this custom came to fruition. 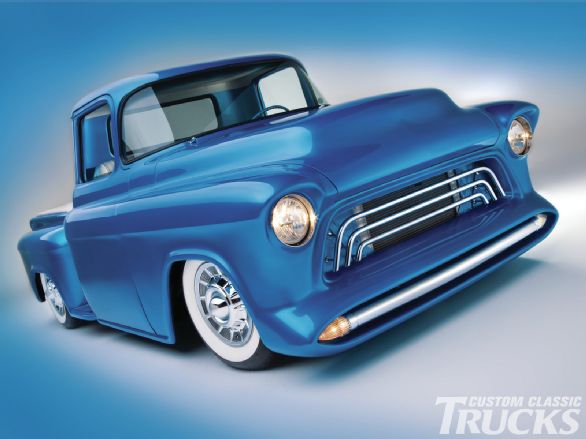 It’s creeping up on two years since Justin Hartman, the owner of this ’55, first called the shop. After our initial conversation there were so many ideas floating around that an episode of Keeping Up With The Kardashians had more direction! Ten years before our encounter, Justin had an artist pen a rendering of the ’55 in what would best be described as a turn-of-the-millennium street truck. Not exactly my taste, and not what he was after anymore, either. But his initial rendering did have a few ideas that suited our likes: a molded tailgate, custom tonneau, frenched headlights, and everything shaved. From there I intertwined my thoughts with Justin’s styling cues and came up with a Star Kustom Shop original.
3/14 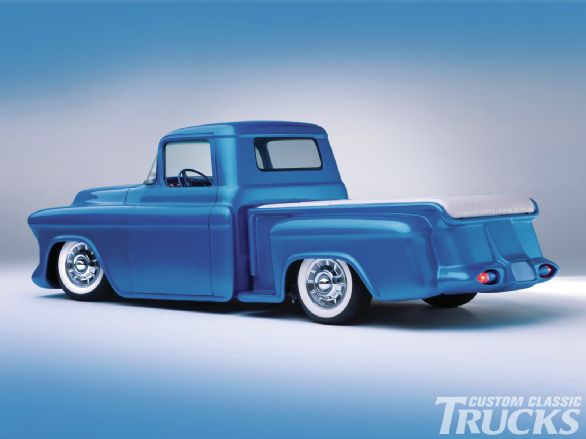 The build started at the rear of the truck, and the idea of molding in the tailgate stuck. Expanding upon that concept is the fact the gate was laid down to match the rear angle of the fender. Taking things a step further, I felt the bed lip should cascade down into the gate. After some planning it was apparent the easiest way to accomplish the new look would be to hack off the rearend and construct a hand-made, 20-gauge sheetmetal rearend—which was demonstrated in the first CCT article (“Freedom of Expression,” Oct. 2011). The angles and contour of the new rearend follow the dimensions of the factory fenders, but the rest of the ideas are unique to the ’55. For starters, a flowing custom license plate overrider was inserted, and at the bottom of the rearend the bumper was tossed for a custom roll pan fashioned in the vein of dual ’53 Studebaker pans. Nestled in each corner of the roll pan is a hand-made taillight encompassing ’59 Cadillac lens and bezel with a custom bullet. Bucking the normal trends of Cad lights, the assembled taillight was laid horizontally inside a congruently shaped cavity. From there the bed received a bedrail made from 21⁄2-inch exhaust tubing, which flows from step plate to step plate uninterrupted. Then the rest of the bed components were molded in. Justin’s original idea was to enclose the bed in a custom sheetmetal tonneau, but upholstery seemed better suited. Therefore, a two-piece tonneau cover was fabbed to mount flush with the bed, and then later covered in pearl white Naugahyde. 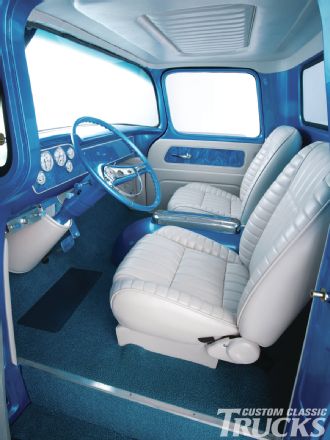 Instead of customizing for the sake of change, a flowing profile from front to rear was mandatory. For that reason the dual Studebaker pans crept into the picture when the front bumper was ousted. Inside the opening of the roll pan a custom insert was fabricated from a piece of 3-inch exhaust tubing. Continuing with the ’59 Cadillac theme clear lenses and bezels—that now functions as turn signals—perch at each end of the insert. We both wanted frenched headlights, but again true to ’50s fashion. We landed on ’53 Mercury rings and bezels with reworked inner headlight hoods, which we showed in depth on the pages of CCT (“Head Strong,” Apr. 2012). The rest of the frontend was shaved and molded, and a scratch-built 1-inch tubular grille in the vein of a ’47 Oldsmobile was placed inside the grille opening. 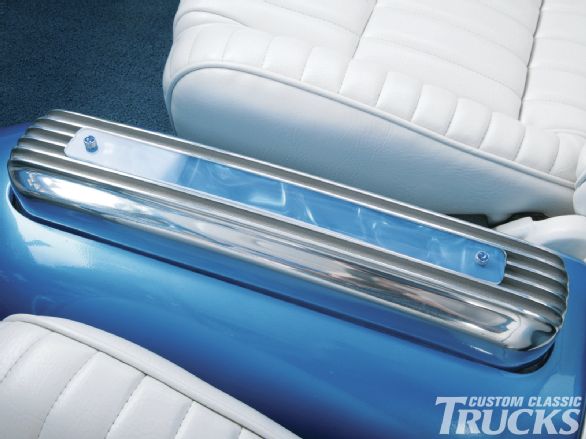 In my eyes everything needs to be chopped, but being that Justin is 6 feet, 4 inches tall, he was reluctant. We settled on a unique chop to suit both of us. I cut 11⁄2 inches from the front of the A-pillars to bring the windshield’s top line even with the top edge of the side glass. From there 3⁄4 inch was sliced from the rear of the cap, and the windshield overhang was removed so it could be pulled down to create a smooth transition from glass to metal. When it was all said and done, an inch was shaved out of the rear, 31⁄2 inches from the front, the contour and glass lines of the roof now reside on an even keel, and the doors, B-pillars, and structure of the A-pillars were never touched! 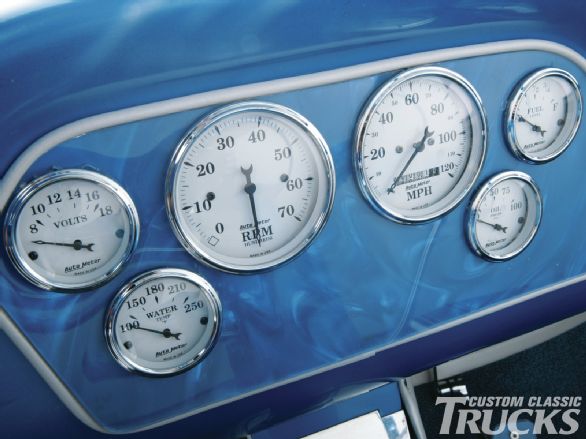 Although the outside of the truck screams ’50s custom, what lies beneath is all 21st century. The freshly painted semigloss metallic gray chassis was outfitted with a Total Cost Involved Mustang II crossmember—complete with rack-and-pinion and disc brakes. The newly positioned GM 10-bolt, also equipped with disc brakes, received a Total Cost Involved four-link. Sway bars roost at both ends of the chassis, and a RideTech air ride system ensures the truck sits right for whatever duty calls. Power is supplied via a GM LT1 engine situated inside a one-off custom engine compartment fabricated from sheetmetal. Camouflaging the telltale signs of the LT1 is a custom engine cover, featuring a Mooneyes valve cover with a custom inlay. Power is channeled through a GM 4L60E.
10/14
_________________
We don't care the People Says , Rock 'n' roll is here to stay - Danny & the Juniors - 1958 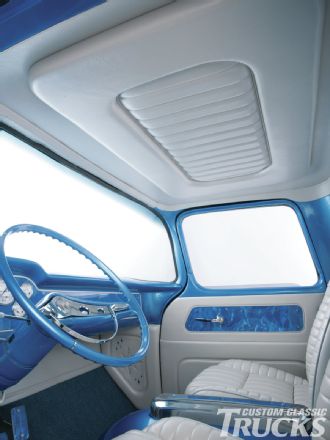 From the beginning Justin was set on blue, yet we couldn’t find a blue that either of us liked, which meant it was off to the laboratory. Eventually we landed on a custom-mixed House of Kolor Kandy Oriental Blue I concocted from hours of trial and error. In the end I wound up laying the blue over a white basecoat, and then sprinkling in some diamond dust in the clear—hence the name Stardust. Complementing the brilliant blue is a set of Coker whitewalls and ’57 Cadillac hubcaps. Advanced Plating in Nashville plated the rest of the chrome adornments. 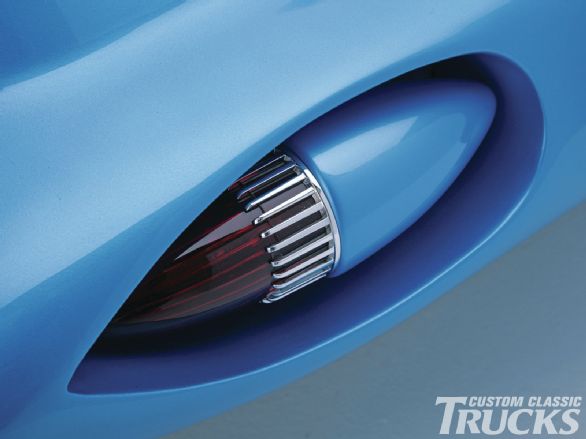 Being that the majority of the style of the truck is all custom, it was only fitting the truck feature an interior cut from the same cloth. When Justin stumbled across the three-dimensional blue drum set wrap, we had our building block. Therefore, various interior components, including the dash, door panels, pedals, console, as well as other exterior features, received the wrap. Placed over the drum wrap is Plexiglas held in place via blue-jeweled CB radio screws that Justin found at a truck stop! A ’59 Impala steering wheel mounted atop an ididit column was installed next. At that point the truck was taken to Mulvane, Kansas, where Walt’s Upholstery covered the entire truck in pearl white Naugahyde. Walt’s kept a simple ratio of vertical to horizontal lines consistent with the upholstery. Along with that, a custom insert is present in all panels, including the tonneau cover, headliner, door panels, and more. Lastly, a custom center console—designed to mimic the engine cover—was installed between the seats. So, as they say in Hollywood, “That’s a wrap!” CCT 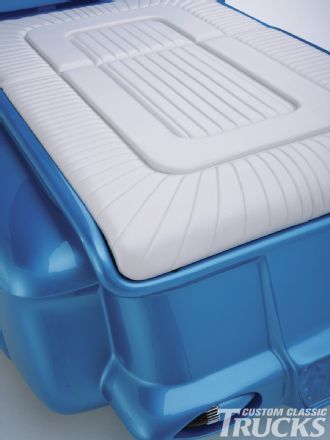 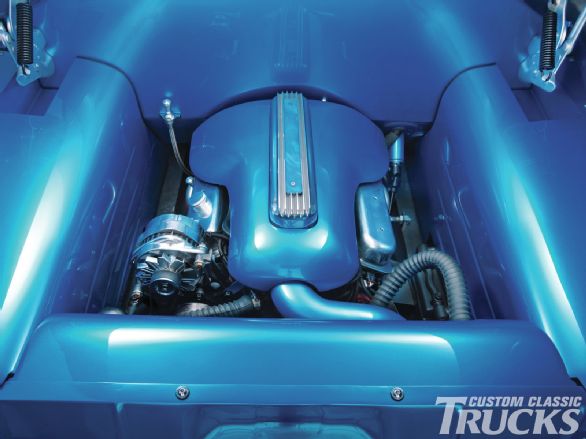