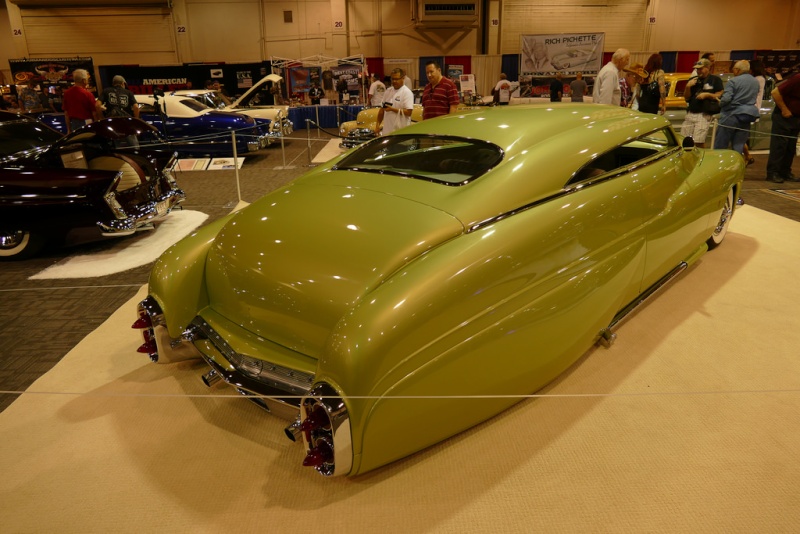 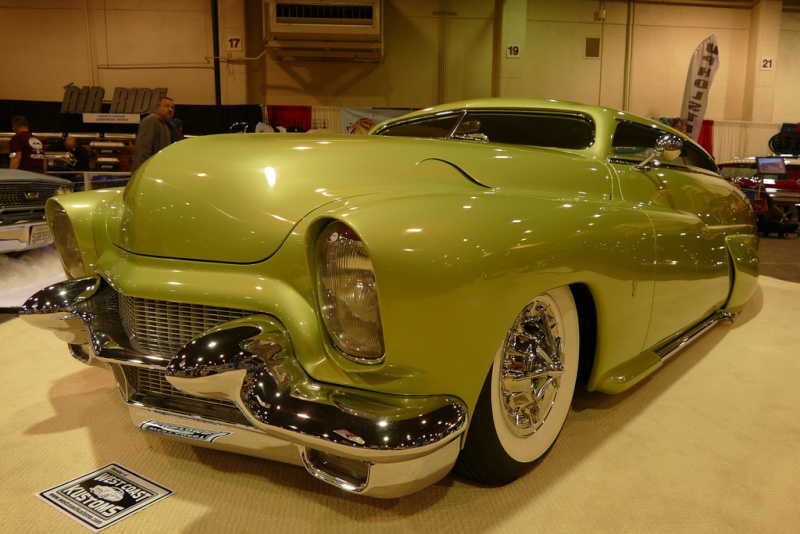 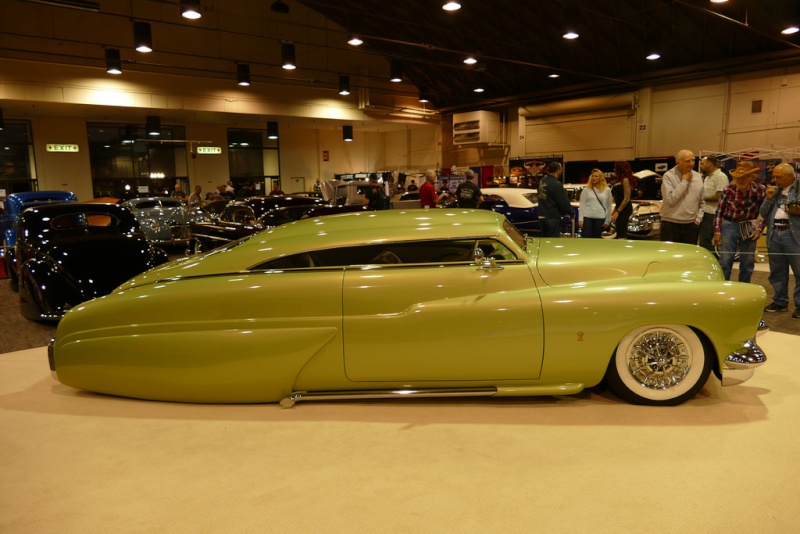 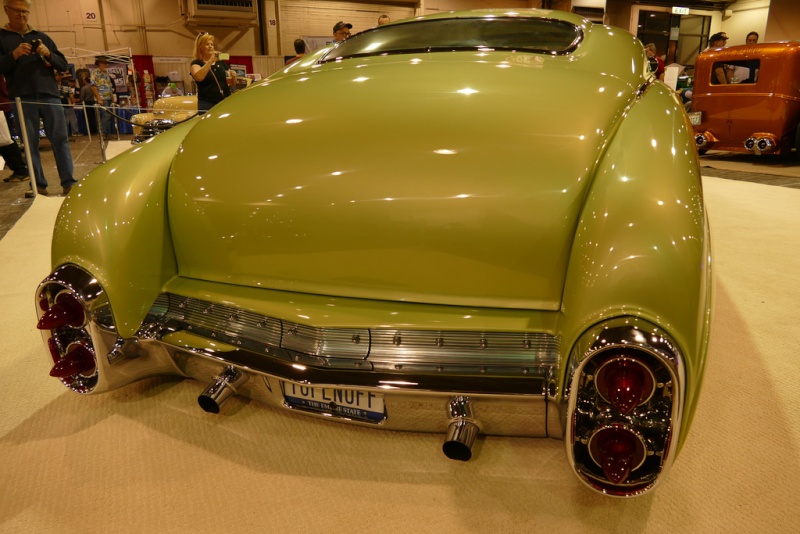 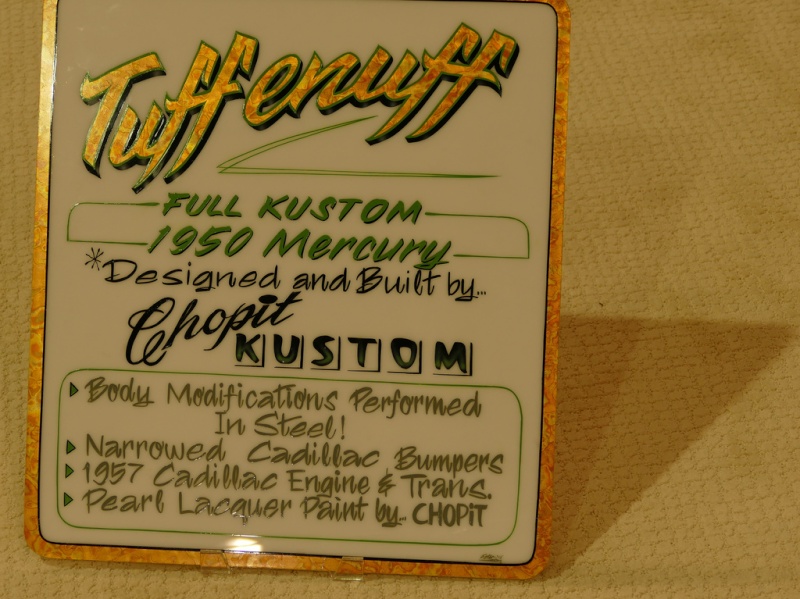 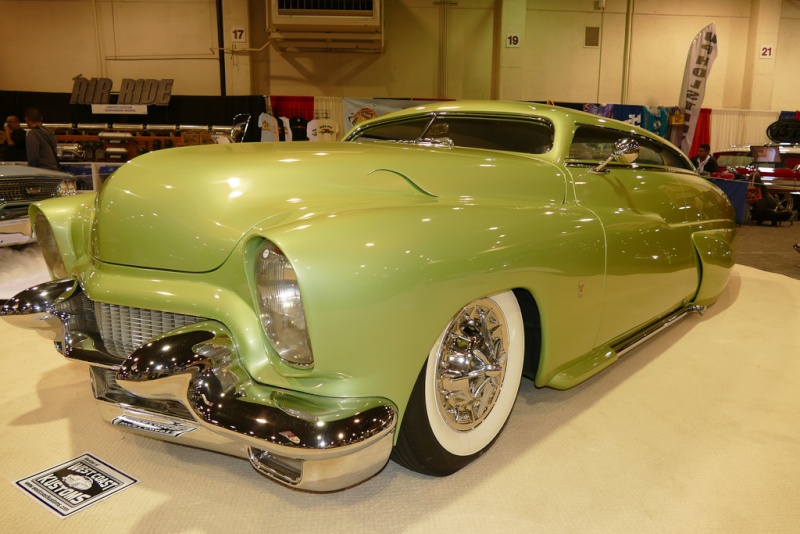 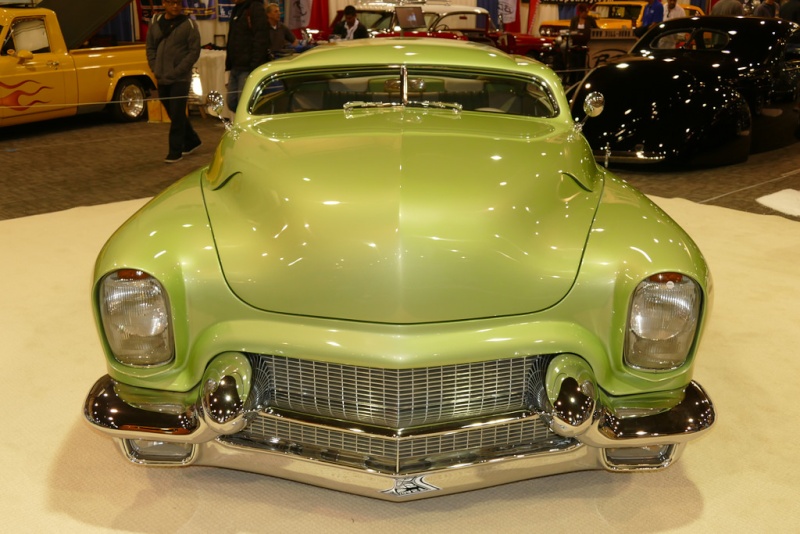 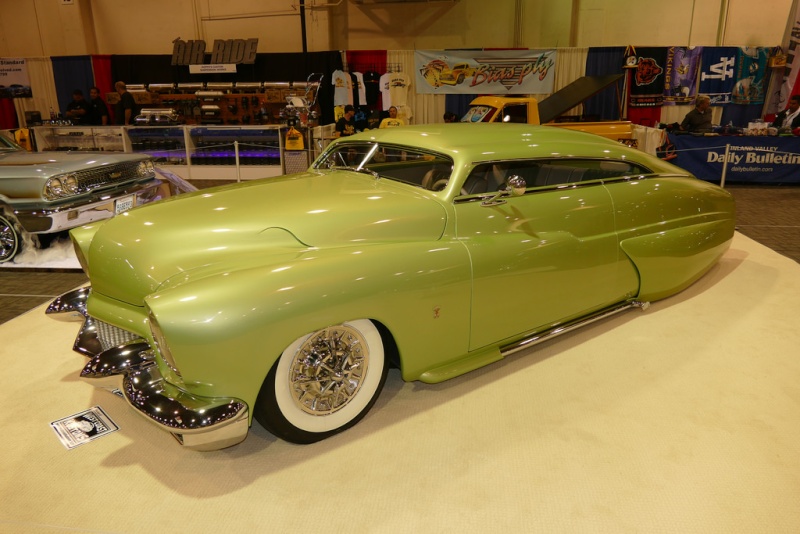 New York contractor Phil Krasnoff had known what he wanted for a long, long time-a '50 Merc that'd rival the likes of those built by the masters. Unfortunately, Phil thought his dream was all for naught. The legends of the custom world-Barris, Cushenberry, Hines, Farhner, Thompson, Bailon, Jeffries-were out of the question (some for obvious reasons). So, how was an East Coast custom car lover gonna end up with a masterpiece without the aid of a master?

Down but not out, Phil began to investigate his possibilities. There had to be a craftsman in the east that'd rival the West Coast legends of the past, someone who (quite literally) picked up the torch and ran with it. Well, his prayers were answered when he was directed to a kat by the name of Gary "Chopit" Fioto. Chopit, Phil was told (by more than a few, by the way), that chopit was one of the nation's precious few modern masters of the custom car world-and would without a doubt be the one that'd bring Phil's dream into reality. So without further hesitation he gave Chopit a call and arranged a visit to Chopit Kustoms (remarkably close by in North Lindenhurst, NY) to see if he was game and to hammer out the details if he was. 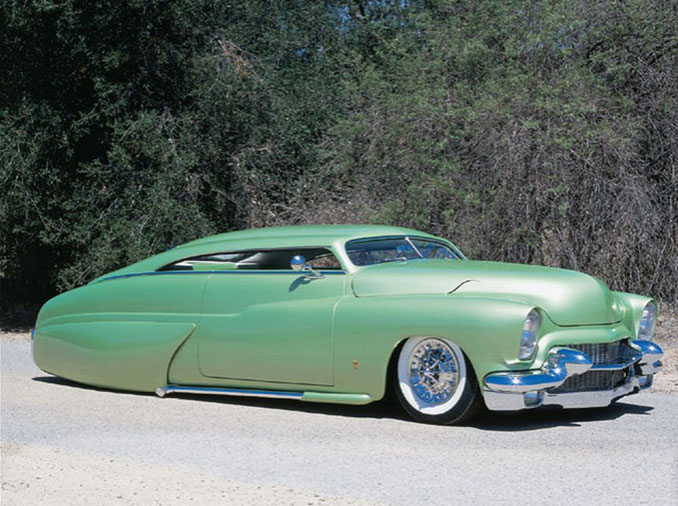 As we stated earlier, Phil's plan was to own a Merc custom that'd rival the icons of the past-a modern-day Hirohata Merc if you will. After checking out the in-the-works projects at Chopit Kustoms, Phil and Gary got down to the nitty-gritty. Phil told him what he wanted in a custom car, and Chopit laid out the ground rules. A custom car is a piece of art. A custom car builder (of Chopit's caliber) is an artist who creates that art using their vision, skills, and abilities. If Phil were confident enough to give him free reign on the project (after viewing the many examples of Chopit's creations), he'd start on it as soon as the Merc was delivered to the shop. Well, obviously Phil agreed, and the rest is, as they say, history.

As soon as Phil's Merc was delivered to the shop, Chopit began his magic. The body was completely stripped; everything that could be removed was-trim, glass, interior, etc.-and the body was then lifted free from the original chassis. Chopit then turned his attention to prepping the replacement foundation for the Merc. He acquired an '84 Buick Electra and proceeded to surgically separate the chassis and complete floorpan from the rest of the car. Once that chore was completed, the hulk of the Merc was raised into the air and its floorpan removed. Chopit then lowered the balance of the Merc onto the frame and pan of the Electra, trimmed the Buick pan to match the confines of the Merc, and began to join the two. Once the floor was fit and all the welding completed, the assembly was again lifted off the chassis and set aside.

The new chassis was then completely disassembled, custom crossmembers and engine/trans mounts fabricated, and all critical components were replaced or rebuilt. The front and rear springs were replaced with a complete Air Ride Technologies ShockWave system, and the completed chassis ground, smoothed, prepped, and painted. With the chassis work handled, Chopit then began the task of building the drivetrain components for the car.

Artists don't farm out portions of their creations to others, so of course Chopit Kustoms creations are contrived completely in-house. Chopit dug through his extensive trove of classic bits and pieces and retrieved a '57 Caddy 365-cube V-8 and matching Hydramatic transmission. The engine was torn down, completely rebuilt and outfitted with a vintage Offy three-deuce intake and a trio of Rochester two-barrels. The block was smoothed and painted and then treated to a massive amount of chrome-plating and polished aluminum, including a pair of Mooneyes finned valve covers and vintage air cleaners. The Hydramatic was rebuilt, as well, and a custom driveshaft constructed to tie the engine/trans combo to the Buick rearend. With the chassis and drivetrain handled, the fun part (for Chopit, anyway) was about to begin. It was now time for him to let his creative juices flow and begin sculpting the sheetmetal.

Chopit (as his moniker implies) is renowned for his keen eye and masterful skills in the art of the radical top chop, but his talent doesn't stop there, by any means. Every graceful cut, curve, bend, and panel is the result of a razor sharp imagination and an experienced hand. In this particular case the Merc's roof was severed from the rest of the body at the A-pillars and tops of the quarter-panels. The windshield pillars were shortened a full 6 inches and then laid back 3/4 inch and pinched inward at the top by about a 1/2 inch on either side. The original roof was relegated to the scrap pile, and a new graceful framework constructed out of tubing. Once the desired flow was achieved, Chopit loaded his English wheel with a fresh sheet of steel and began to fashion the roof's new skin. As Chopit works without predetermined plans or artwork, he's free to let his artistic juices flow as he goes. So, in the midst of wheeling his new roof panels he came across a late-'40s/early-'50s fastback Chevy rear glass, which he used as the culmination of Merc's new, flowing, multiple-crowned roofline.

The original rear quarter-panels were then dissected, re-flowed, and extended considerably. Another trip to his treasure trove of early goodies netted him a pair of '60 Caddy taillights and a quartet of '59 Cad lenses. The rear portions of the extended quarters were handcrafted to accept the donor taillight housings and a completely re-worked and matching '60 Cadillac bumper narrowed and tucked between the modified quarters. He then began the task of fabricating a matching pair of skirts nearly 7-feet long. At the base of the re-flowed decklid, Chopit fabbed a nearly invisible trap door to house the fuel filler and trunk release mechanism. The door and decklid corners were of course rounded in the process, as well.

Up front, Chopit has obviously heavily massaged the Mercury's hood. Aside from rounding its corners and forming sculpted scoops, the hood front was re-worked to accept a radically cut and narrowed '56 Caddy grille. The front fenders were whacked off just forward of the front wheel openings and handformed buckets fabricated to accept a pair of '67 European Mercedes headlight assemblies. Then, a '56 Caddy front bumper was narrowed and sucked up close to the body, as was done to the rear. With the major mods completed it was on to the myriad of small details that abound on nearly every portion of the car. Things like the handformed bead around the tailpipes, the tubular shrouds around the lake pipes, and the flowing ridge around the Caddy taillights evoke a frenched effect. Chopit added a custom-mixed metallic mint green to complement the chrome and polished aluminum.

The interior of Phil's Merc received the same amount of attention and detail as the rest of the car. That donor Electra mentioned earlier also gave up its seats (both front and rear). Chopit again began sculpting steel and fabricated the car's unique dash assembly. Once completed and installed, it was filled with all the best instrumentation (VDO), air conditioning (Vintage Air), air ride controls (Air Ride Technologies), and a top-of-the-line stereo/DVD player. Heck, to help out with rearward vision, Chopit even installed a closed circuit camera with a lens that peaks through the rear license plate.

At this point, Phil's dream has been made a reality, and Chopit has another award-winning custom to add to his list of accomplishments. Since its completion the Merc has taken top honors at Detroit, Fresno, Oakland, and Paso Robles. And we're convinced that "TUF ENUFF" has garnered a place in custom car history.