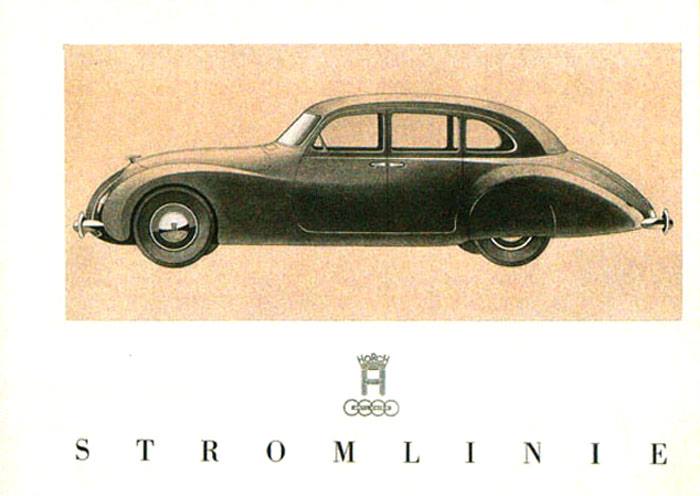 The Horch 930 S Stromlinie (1939)
"At the 1939 Motor Show in Berlin, Horch exhibited its 930 S and gave visitors a glimpse of how the future of the automobile was likely to look. This streamlined car was designed according to the very latest aerodynamic research findings, based both on the company's own wind-tunnel tests and on patents held by the pioneering aerodynamic engineer Paul Jaray. At the rear, there are clear similarities with the DKW F 9, but the 930 S has many other striking design details as well: there are for instance no B-posts, so that access to the rear seats is convenient and unobstructed. A hot-water heating system with outlets for the windows and footwells was a standard feature of this model, which even had a fold-out handbasin with hot and cold running water accessible from outside the car."
https://www.youtube.com/watch?v=qkmdOR-t1oM

"The streamlined Horch 930 S of 1939 can be regarded as the ultimate Horch V8 development up to the outbreak of the Second World War. Only two of these luxury cars were built, with an aerodynamic body that was well ahead of its time. The war prevented it from going into series production."

"The Horch 930 S was based on the 930 V with a streamline body.
The car was launched in 1939, and it was planned to built this car for the new German Autobahn. The war prevented it from going into series production. After the war about 5-7 cars were assembled from leftover parts." 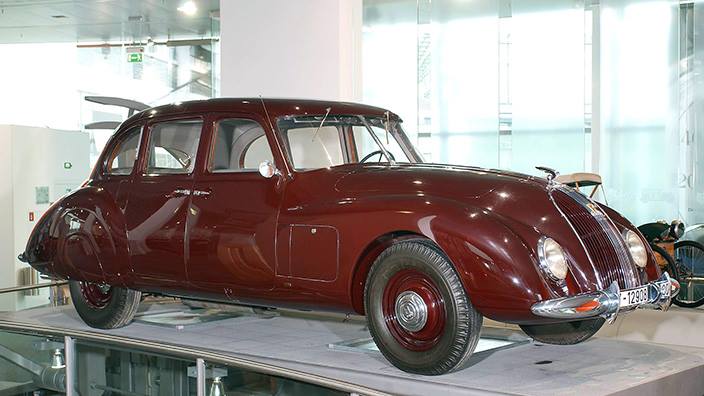 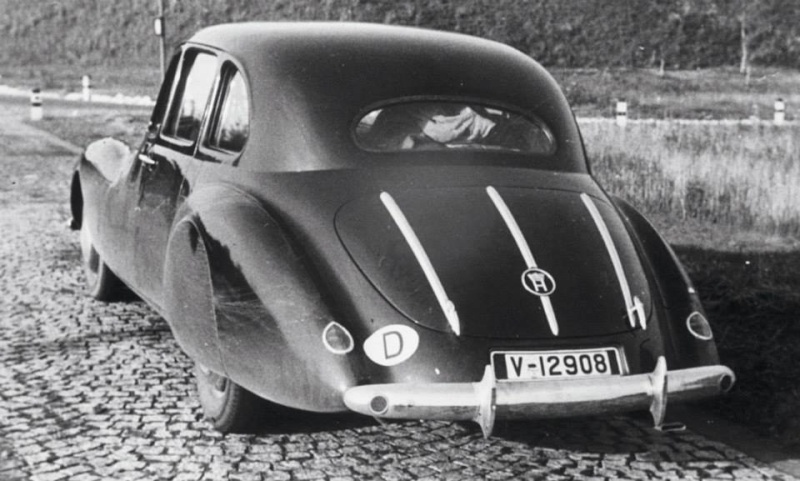 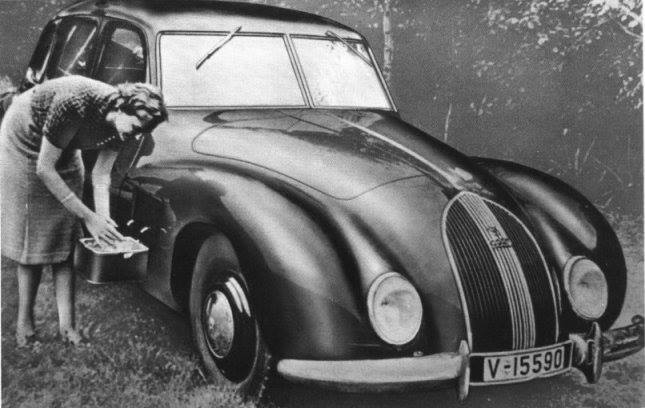 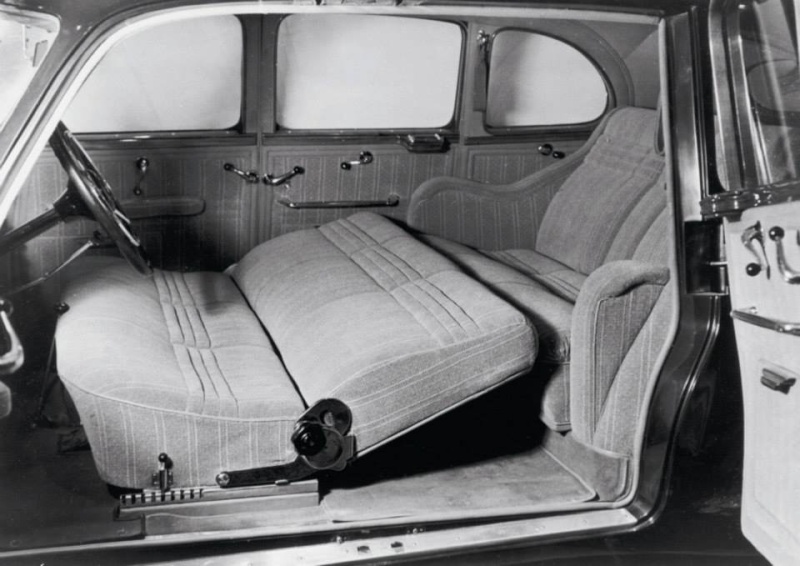 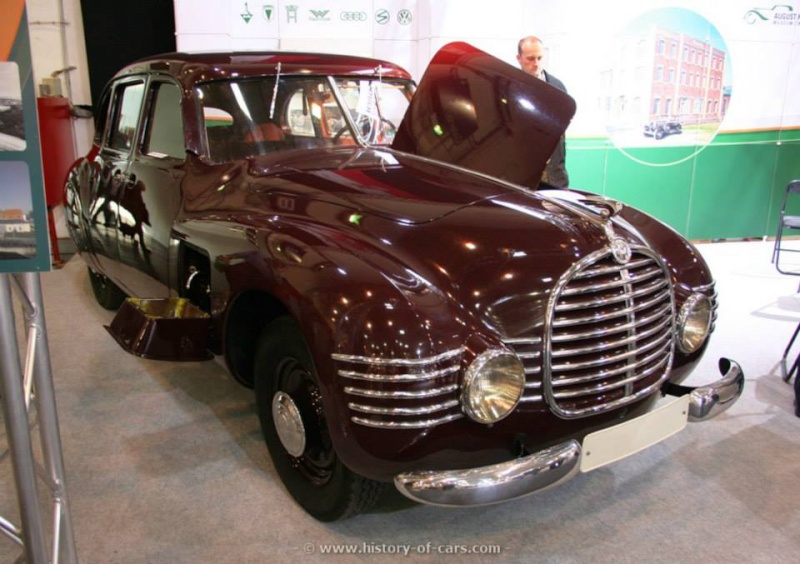 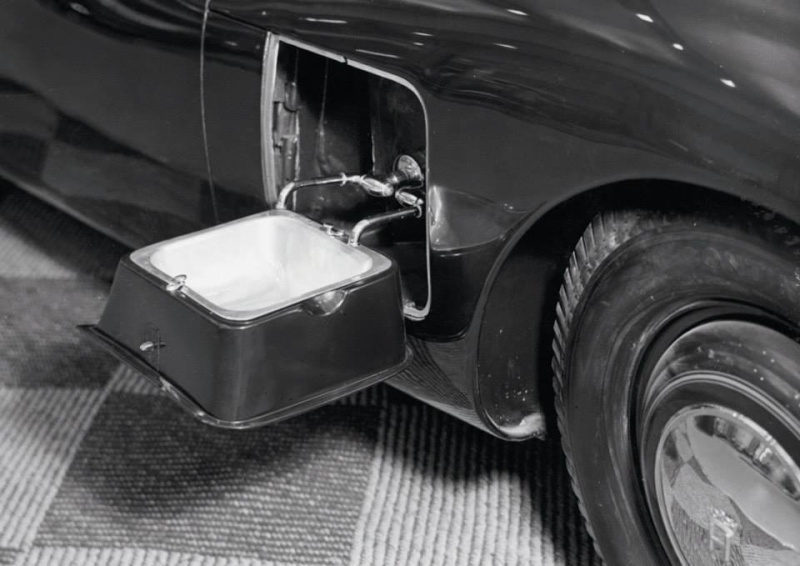 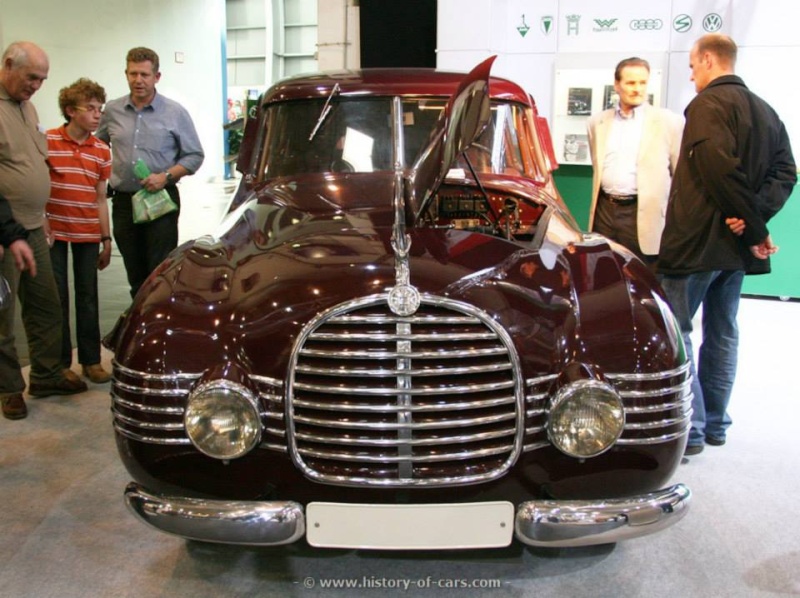