In 1958 Bob, Adolph, Ray and Joe started to build their dream car. This photo shows the plaster model made to fabricate a fiberglass mold. Photo provided by John Kutzler. 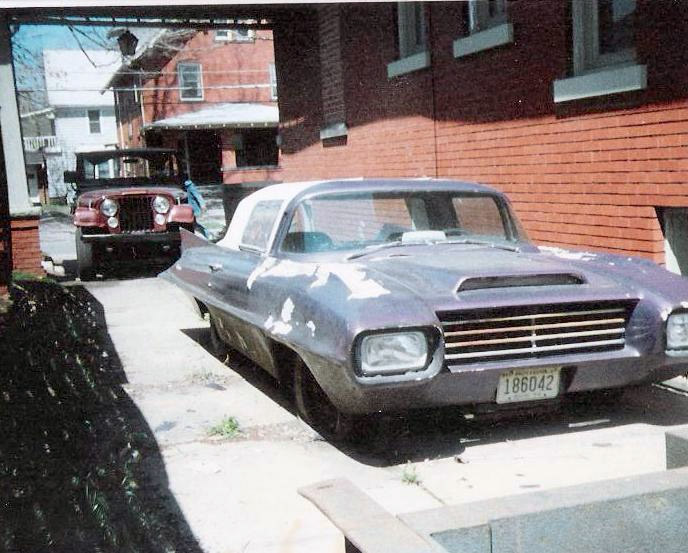 Four cars were started, but only one was completed. This photo shows the mold for the body as it sat in June 1960. The steering wheel is fake. Photo provided by John Kutzler. 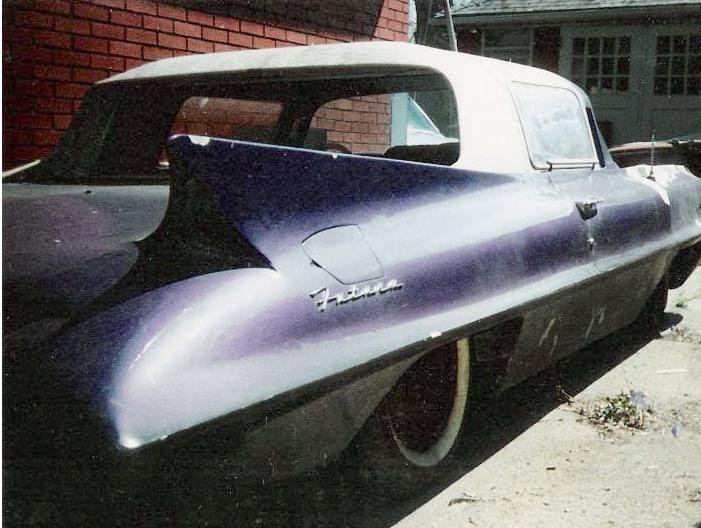 The completed car. This one was painted white and it was fit with Cadillac hubcaps. Photo provided by John Kutzler. 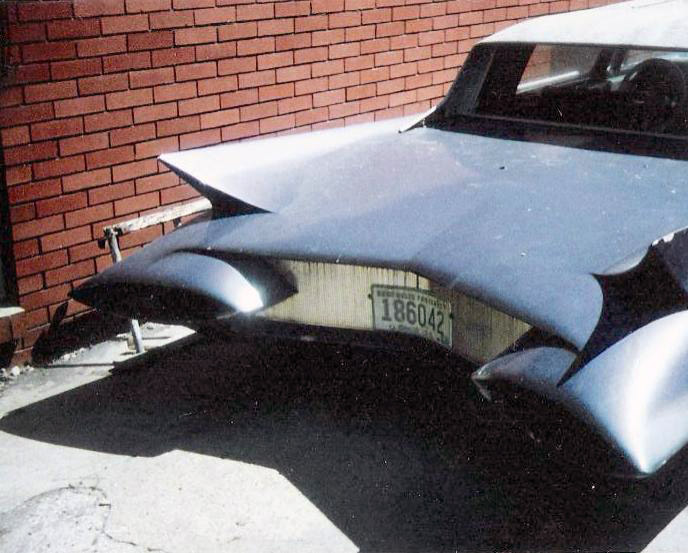 The Kutzler Dream Car is a futuristic fiberglass car built by the Kutzler brothers of Waukegan, Illinois. The futuristic car was designed by Robert Kutzler, and built by Robert and his brothers Adolph, Raymond and Joseph Kutzler. They had their own ideas as to what the ideal car should be, so they decided to design and build one each. Their basic idea was to build a car for maximum service and economy. The project occupied about two years on a part time basis. The build was started in 1958, and the brothers actually started building four cars. They were all based on a Henry J chassis. A clay model was made from Bob's sketches, before a plaster model was made to fabricate a fiberglass mold.[2] The bumperless design incorporated huge fins in the rear of the car, dual headlights, a tube grille and a large hood scoop. The doors had what the brothers called "gull wing windows", and they would swing up like bird wings.There was no trunk-lid on the car, but you could access the trunk from the rear seat. The engine in the car was a Super Hurricane 6 flathead, The interior was custom made, from the seat frames and the upholstery, to the handle that opened the window from the outside. Only one of the cars was completed. This car was painted white and it was fit with Cadillac hubcaps.[3] The engine in this car was overhauled completely, and the car was also reworked mechanically. The frame had to be lowered, and wood paneling had to be installed as the base beneath the fiberglass. Once completed the Chicago Tribune wrote a story on the "Auto of the Future" in March 1964. The car was driven regularly until it was sold with the molds in 1968 for about $900. The brothers went on to build racing boats.[3] 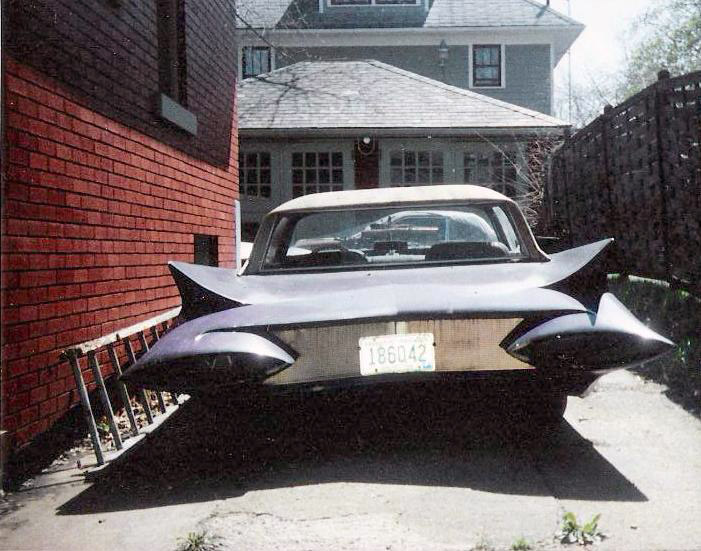 The Kutzler Dream car was spotted in Akron, Ohio in the late 1980s. By then the body had been painted purple, and the car was fit with square headligths. According to the current owner 12 cars were supposedly made. The car was later sold to a local dealer that took it to Hershey and sold it.[3] 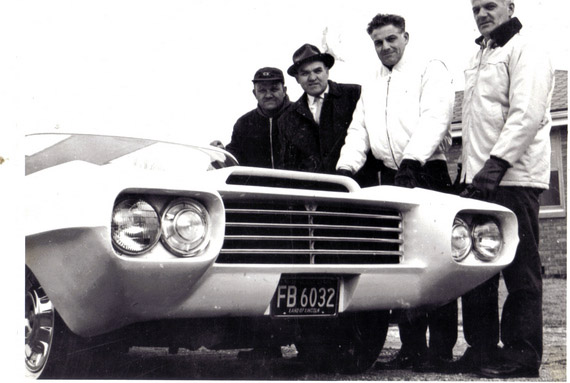 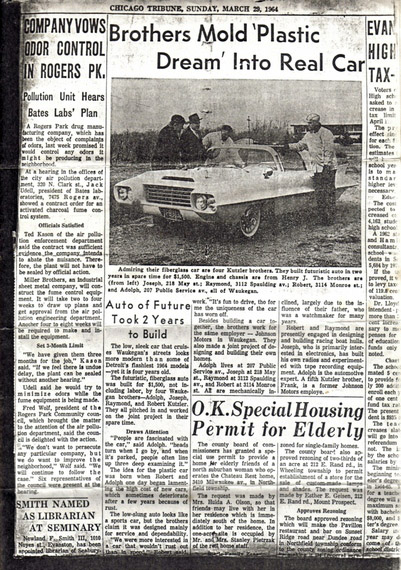 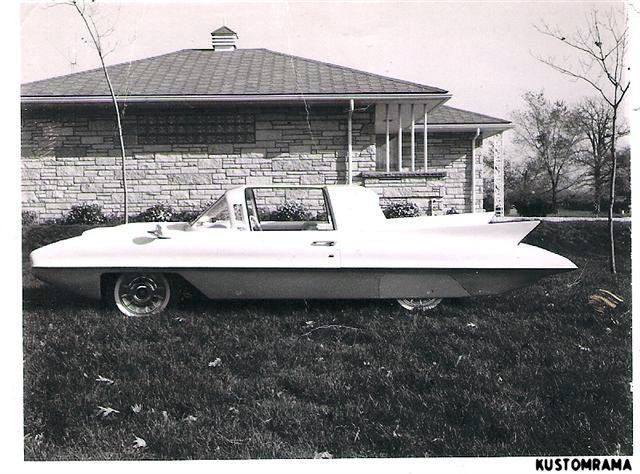 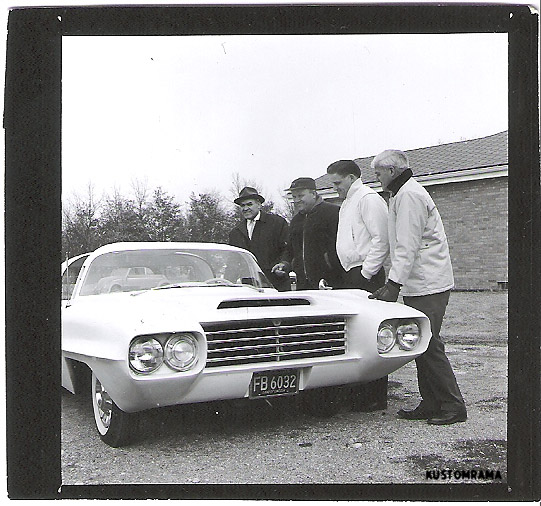 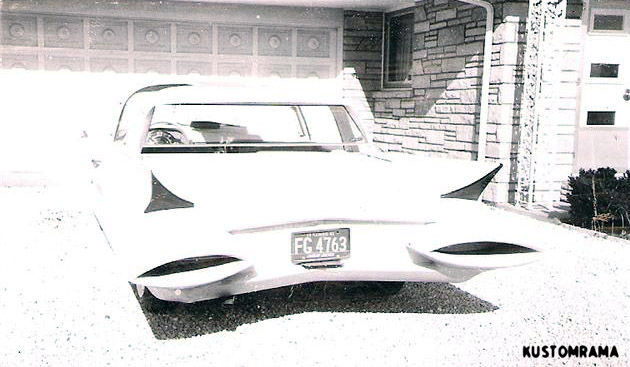 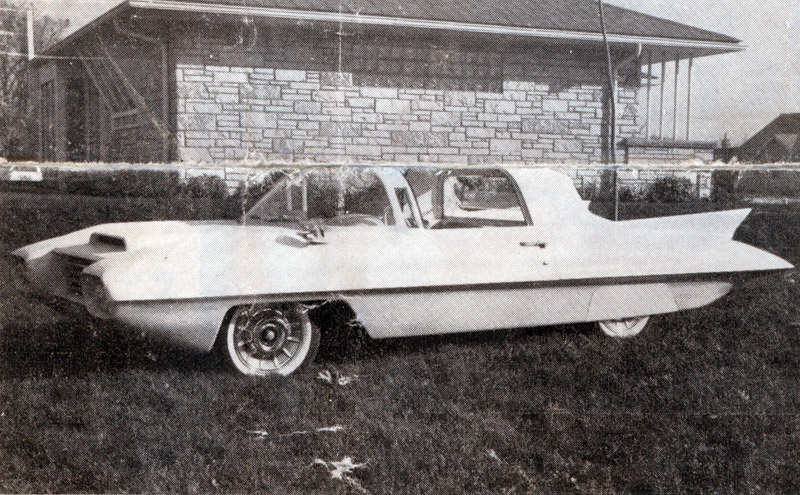 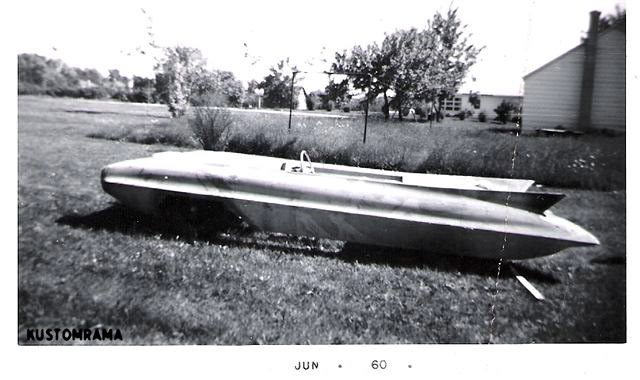 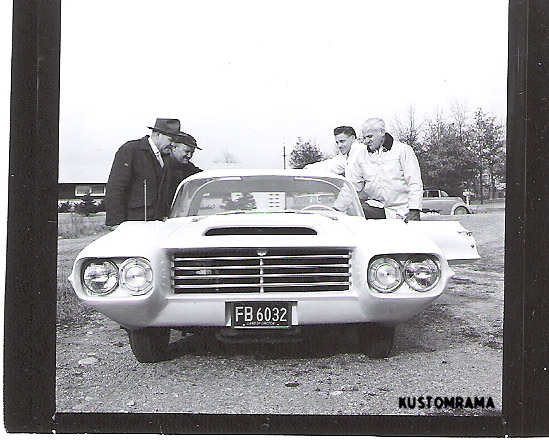 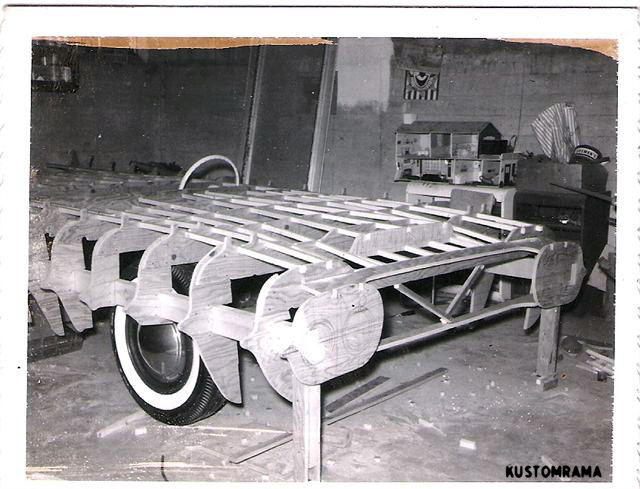 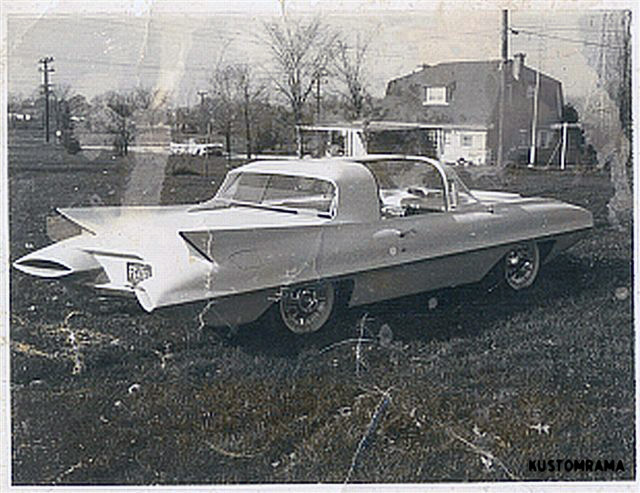 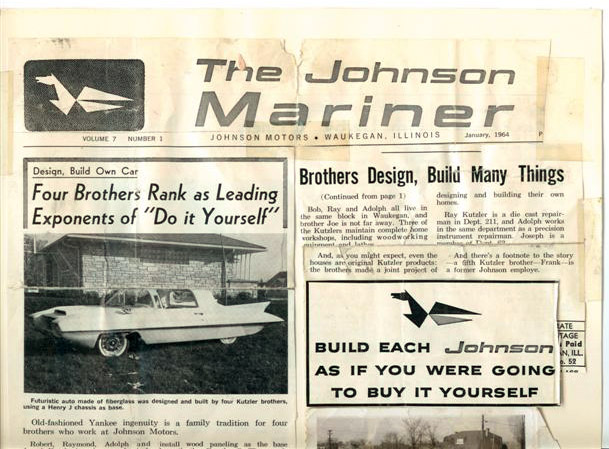 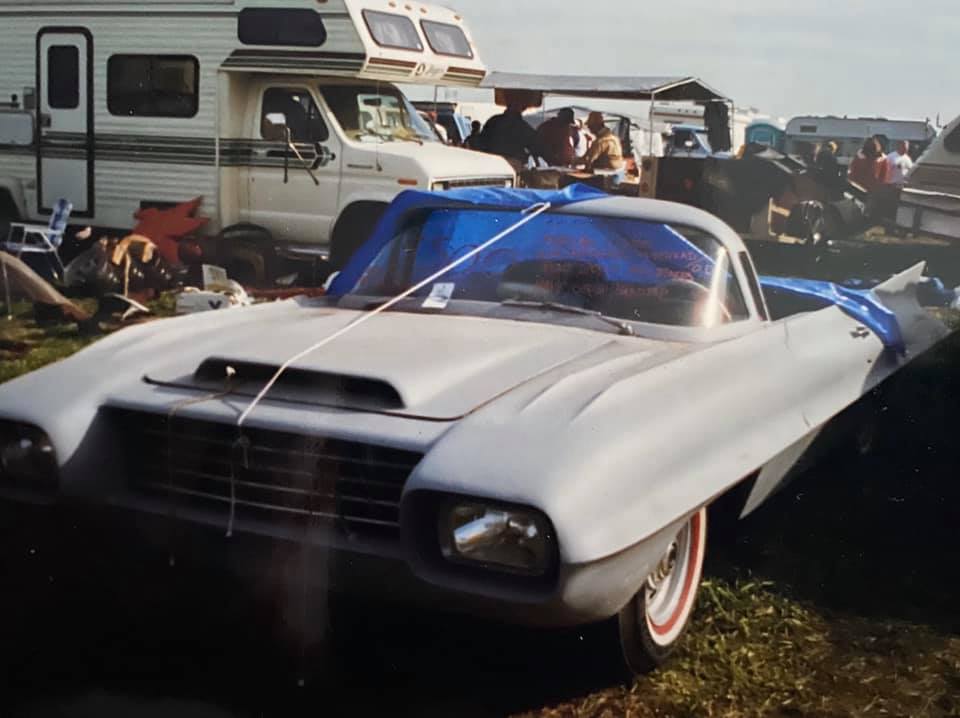 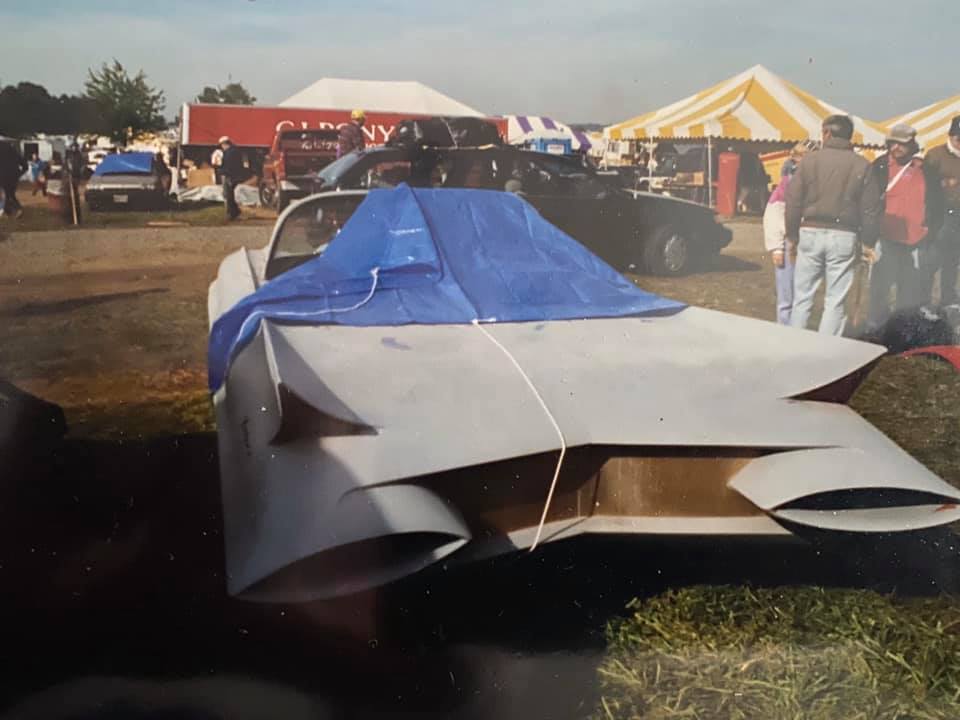