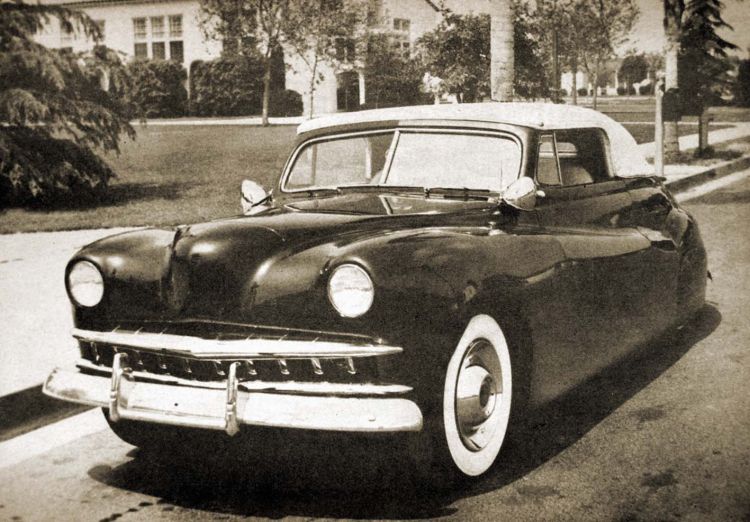 1941 Ford Convertible originally restyled by Barris Kustoms for John Vara in 1948. The car was nosed and decked, the handles were removed as well. The body was Channeled 8 inches it was dropped another 3 inches by inserting a level rear crossmember. Stock springs were retained for bumpless riding. Due to the extreme ground clearance, the front fenders were raised about the same amount to make sure the wheels still could turn. The hood sides were discarded and the edges were flared into the new fender lines ending into full Fadeaway Fenders. The entire front was welded into one piece, hood and fadeaway fenders were cut from sheet stock. The headlights were frenched and a new grille shell was created which housed two modified 1948 Pontiac grille bars. A 1946 Ford gravel pan was molded to the rear fenders and a pair of 1946 Ford bumpers were installed. Both bumpers were mounted compared to the side of the car. The rear license guards housed a pair of round motorcycle taillights. These were later replaced by inserted taillights custom made from red Lucite, similar to the one on Jesse Lopez' 1941 Ford. The deck lid corners were rounded and the license plate was recessed into the bottom of the deck lid. The body was sectioned by cutting material from the bottom of the body, the rear fenders were molded-in with a smooth radius to the body. The door openings were reworked so they would open all the way to bottom of the body. The windshield was cut 4 1/2 inches, and the car was fit with a padded top fabricated by Louis Chavez of American Auto Tops. Bill Hilborn of Inglewood upholstered the interior in red and white plastic. Exceptional for this interior was the small bar incorporated in the rear seat.[2] The dashboard was smoothed and chromed with accents of hand crafted clear red plastic trim pieces. Dual Appleton 112 spotlights, smooth hubcaps and 1946-1948 Ford fenders skirts wrapped up the style. Once the bodywork was done, Barris painted it dark metallic maroon. The total height of the Ford was only 56 inches. The build cost John over $ 5000. 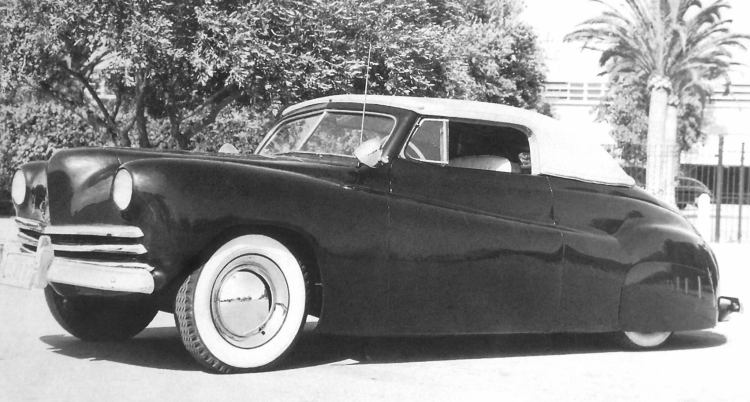 Not long after the car was complete, John traded it with Johnny Zaro's 1940 Mercury pluss some extra cash. Johnny replaced the smooth hubcaps with Cadillac Sombreros. He had Barris Kustoms to modify the grille. The 1948 Pontiac grille bars were replaced with a newer 1949 Pontiac grille which had its vertical bars removed. Studebaker teeth were installed beneath the grille bar. At this point, the small round taillights were remove. By December, 1951, when it was featured in Hop Up, it had been painted Tokay beige. Johnny regret the color chose and had it painted deep Polychromatic maroon with a lot of gold powder and many clear coats for extra shine. 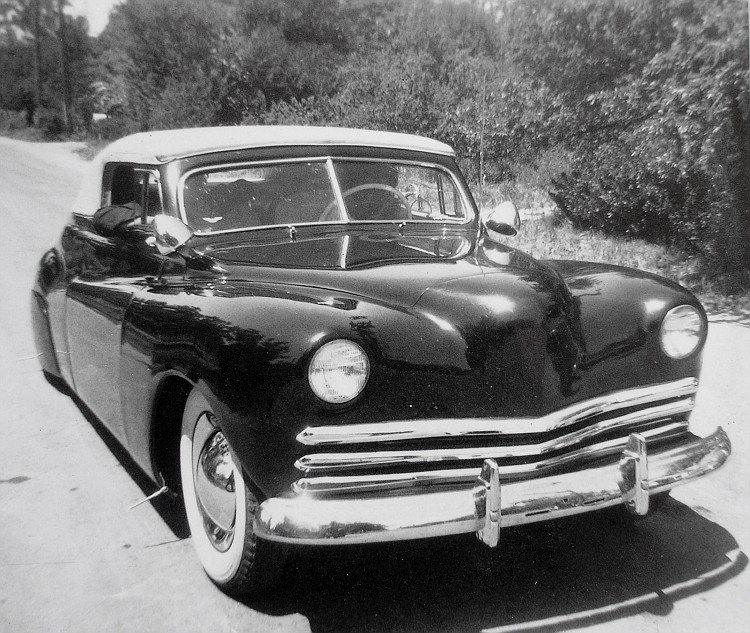 At some point, it was advertised in a car magazine. Springer Jones of Mitchell, Nebraska was the current owner. By then it was powered by a 1948 Mercury engine. The asking price was $2345 or best offer. 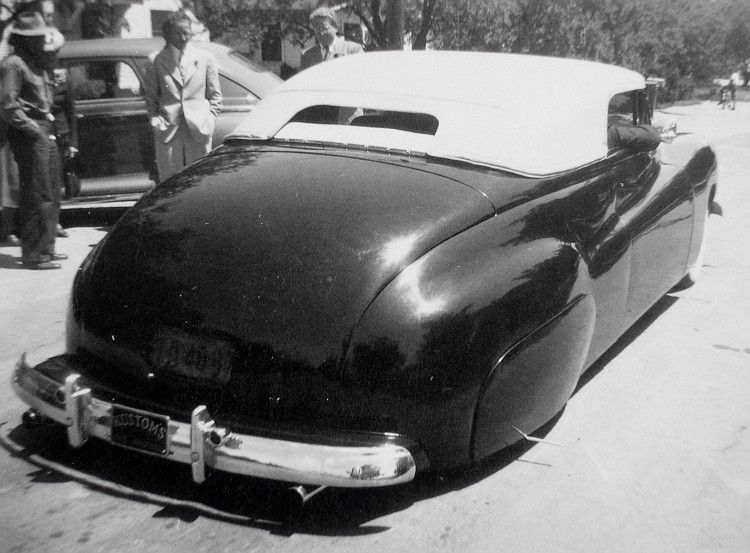 The car is still around today, fully restored back to its former glory. The new owner updated it with a pair of 1949 Plymouth bumpers, otherwise it is exactly as it was when Johnny Zaro owned it. 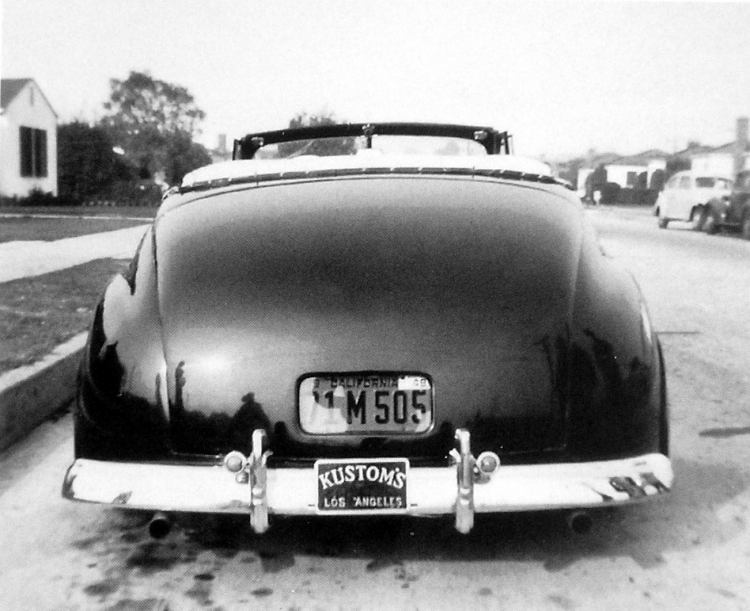 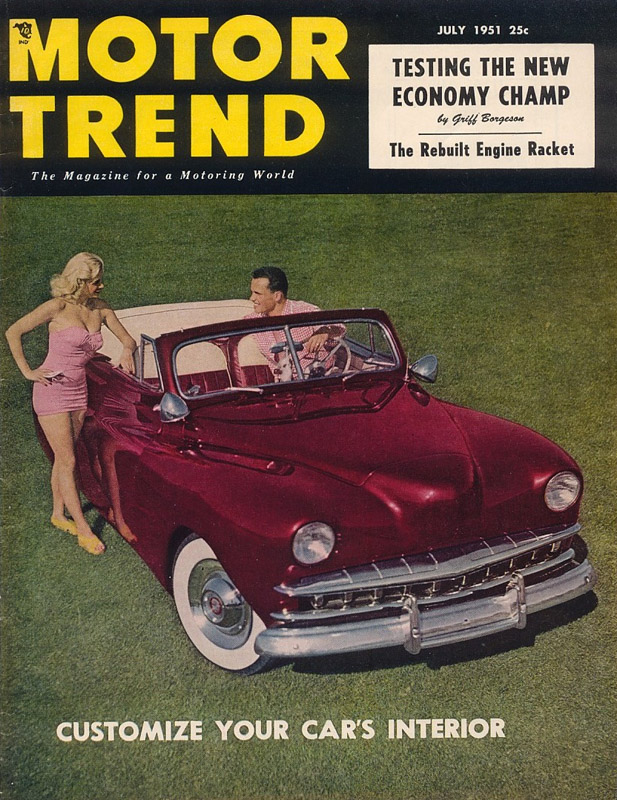 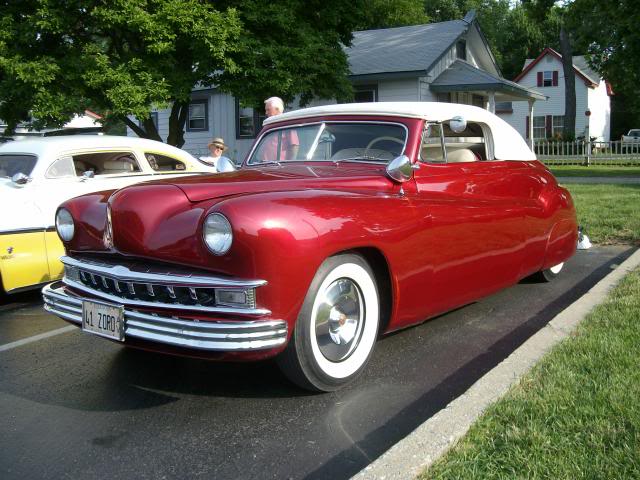 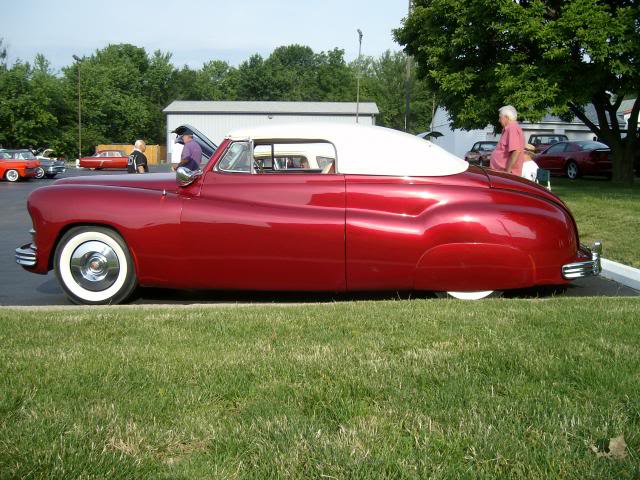 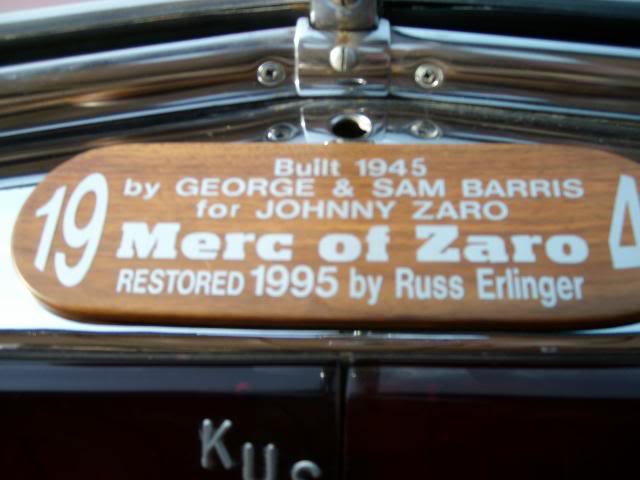 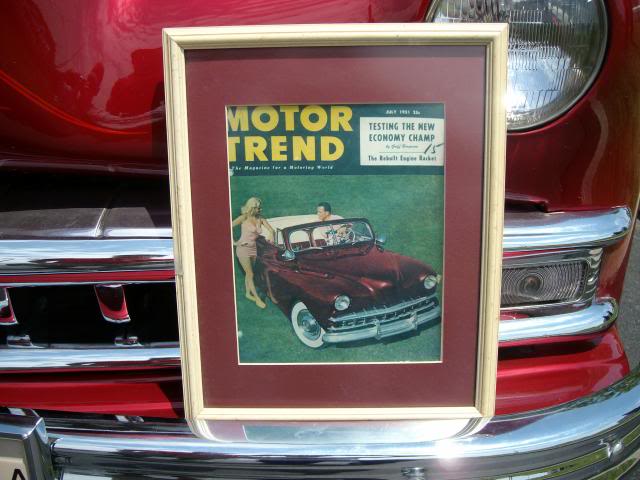