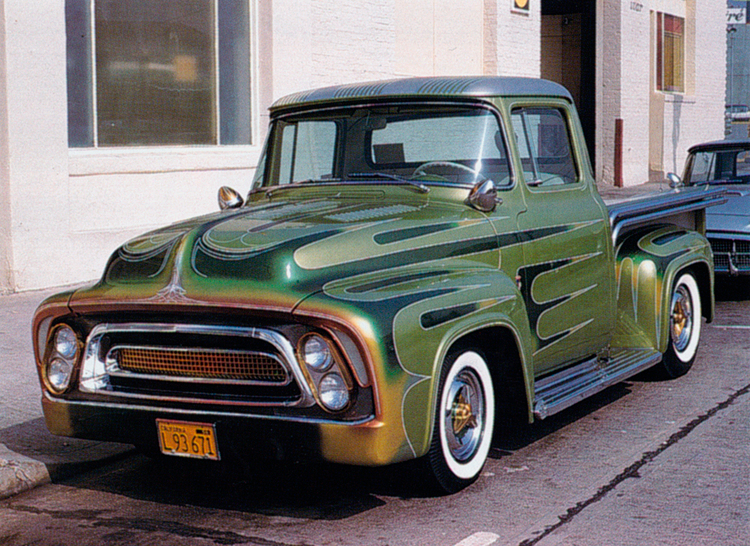 1956 Ford F-100 restyled by Barris Kustoms for Johnny Zupan of Hollywood, California. According to Custom Cars October 1958, the car was fit with 1958 Ford quad headlights,[5] however in Rodding and Re-styling March 1960 and Rod & Custom January 1959 the headlights were told to be from a 1957 Chrysler Imperial. The grille was made from a 1957 Chevrolet pickup outer grille filled with expanded metal and a backdrop of gold colored fine mesh screen. The space between the headlights and fenders were filled by installing Lucite custom made parking lenses. The door handles were removed, the hood was filled and louvered and the tailgate was filled with etched aluminum sheet stock. A 1957 Chevrolet grille piece was also adapted to the rolled rear pan. 1957 Chrysler Imperial taillights were canted and installed in the rear. Chrome tape was used to highlight the top of cab. Dean Jeffries painted the body green and gold metallic scalloped in Lime Green, Silver and Rust. Exhaust was routed under the flairs beneath the bed, while header plugs were routed through the fenders. A warmed over chromed Cadillac engine nestled under the louvered hood.[6] 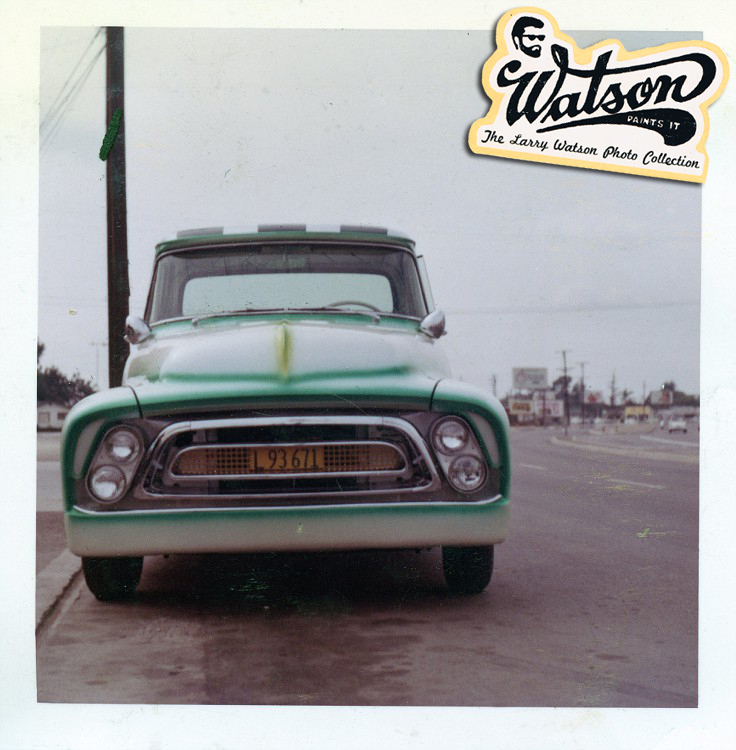 Johnny's truck was later re-painted in pearl white with fogging in green and gold around the edges by Larry Watson of Watson's House of Style.[7] 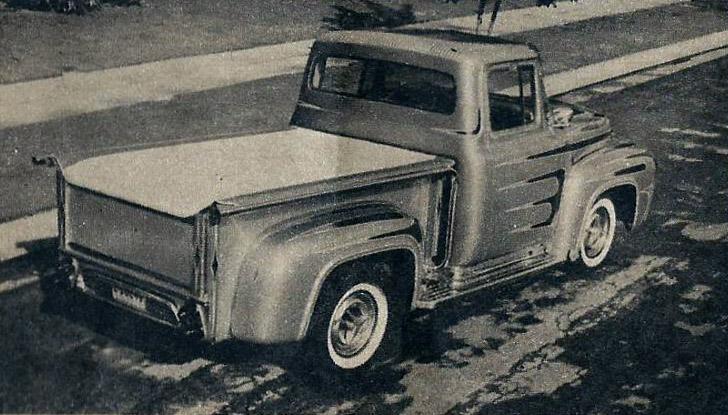 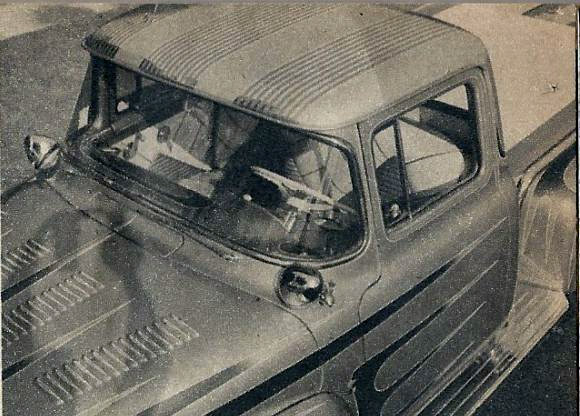 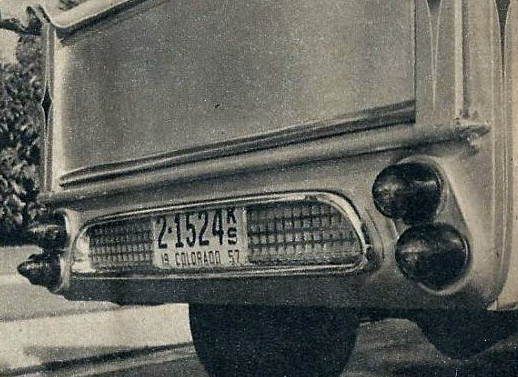 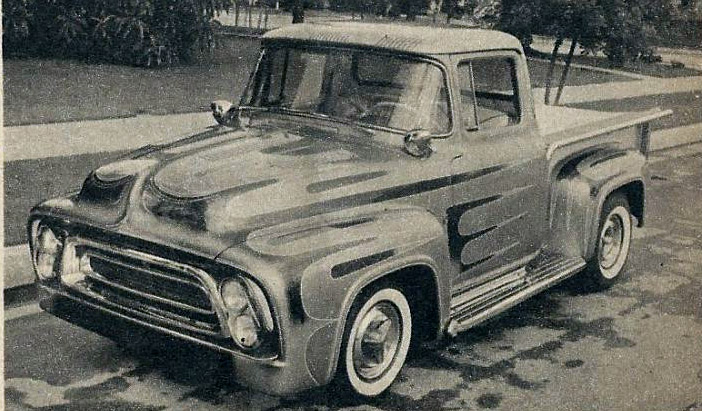 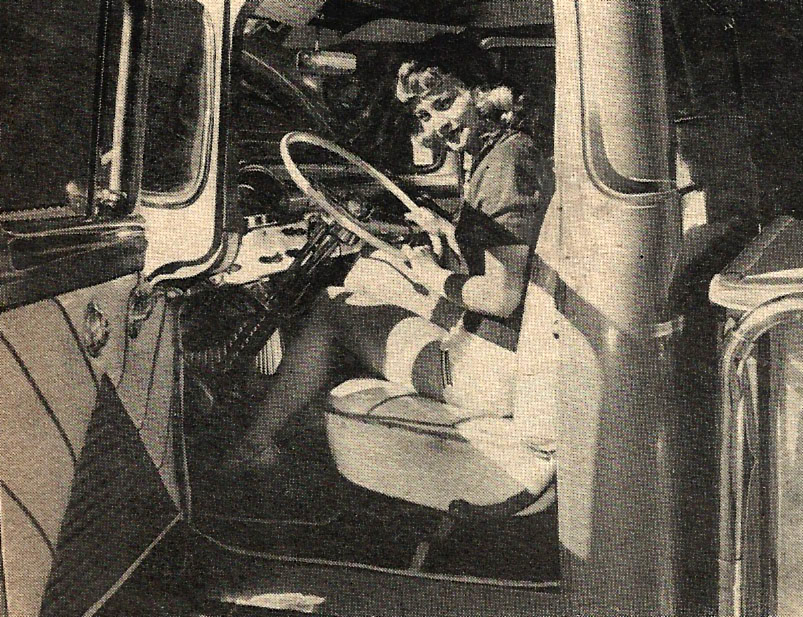 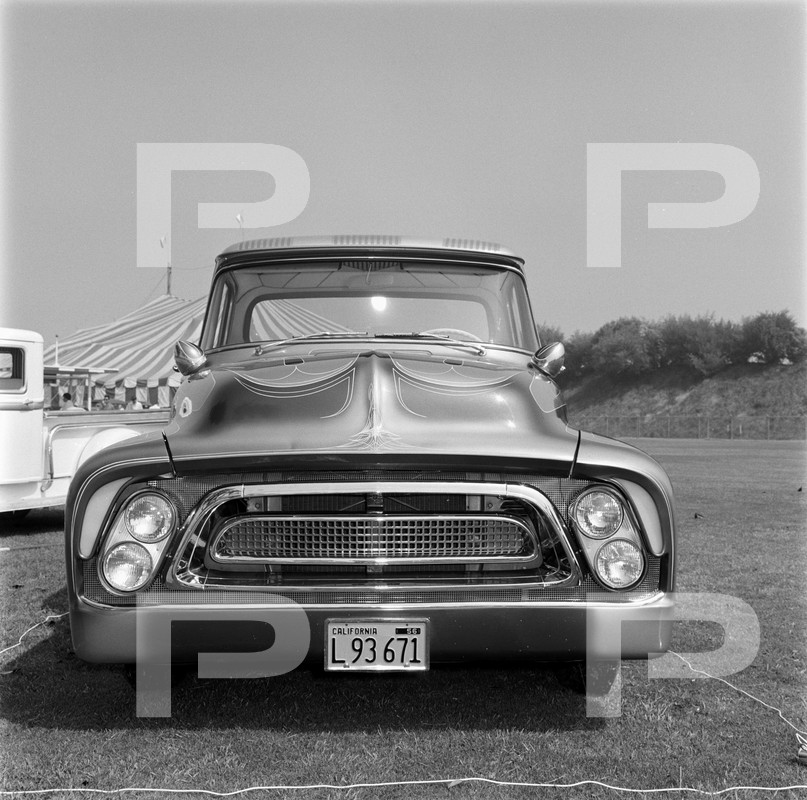 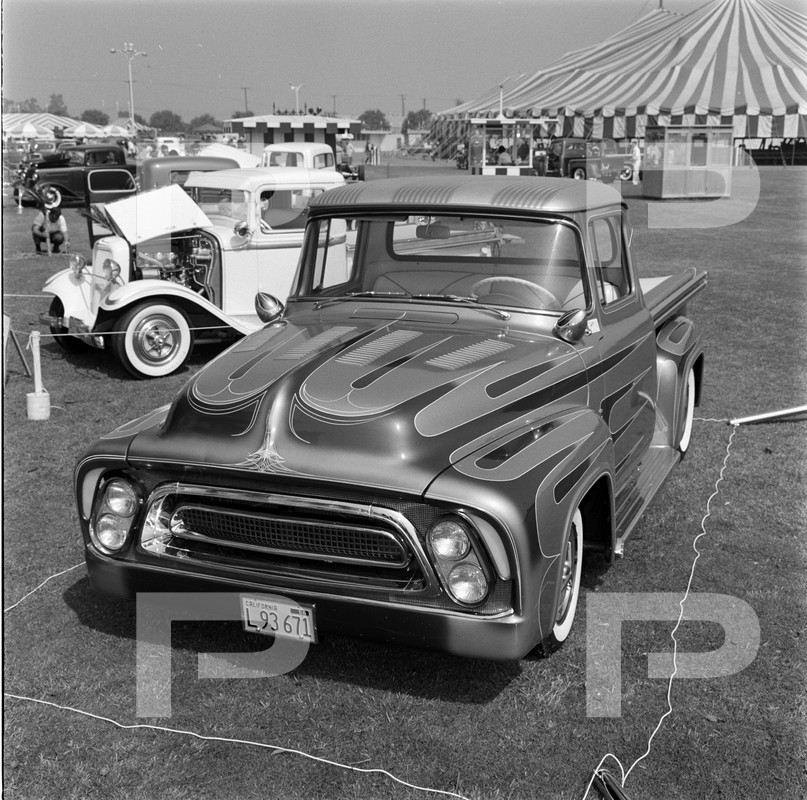