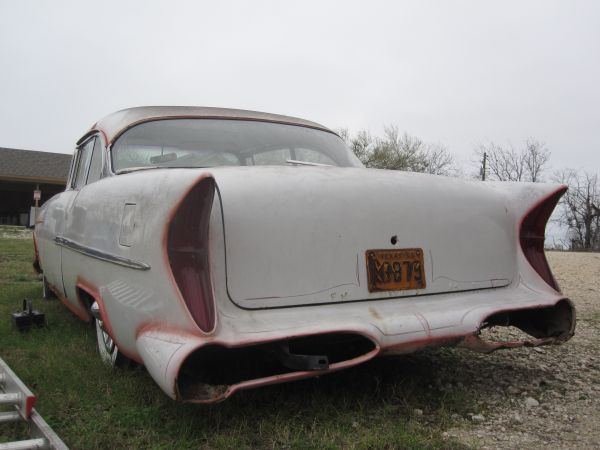 Ok,the car known as Earls Pearl is a 1955 chevy 2door hard top bel air and was customized in 1958 in Houston.The car is nosed decked and shaved a set of split Pontiac bumpers with buick bullets not sure what year probly 56 as is Alot of it.56 corvette grill quad and canted frenched head lights,hood and trunk corners have been rounded,front and rear pans are rolled,the crome trim cleaned up,57 packard tail lights double butted 59 steering wheel,Pearl white with candy fogg.Caddy sombrerros. 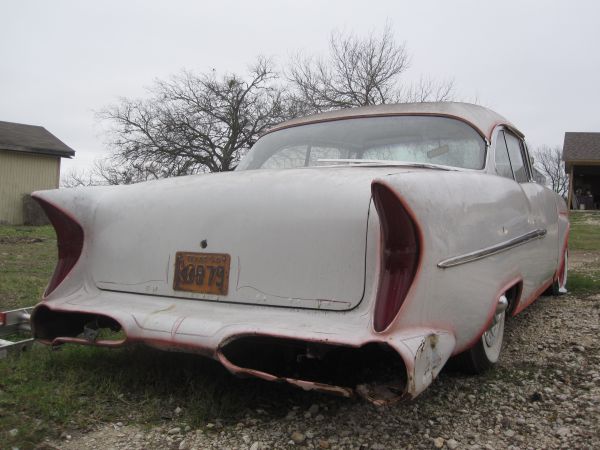 The front upper and lower arms along with backing plates,tie rods,and linkage has been crimes and still is.white naugahyde in the usual pleat and roll style for the interior.It took three years to complete.T 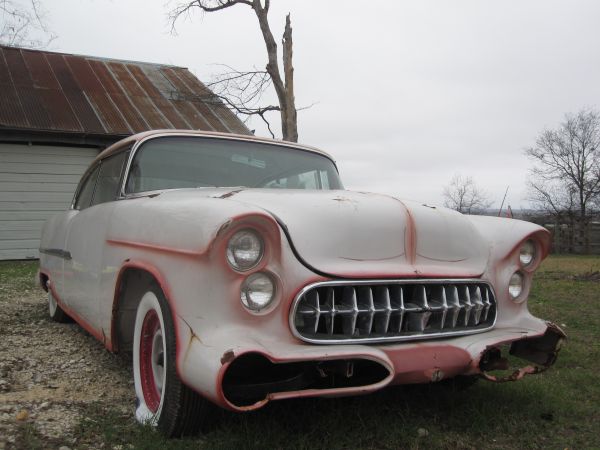 he guys who created the car was a man named Jim Bishop of Cincinnati Ohio,and roburt leslie of Houston and Jim Earl.The original paint was sprayed by Ray milburn of Houston at the end of 1960 while Bpb Durant did the stiching.Total cost between 1958-1960????? 4,000 dollars.It won first in full custom class in 1962 in Dallas Texas,Autorama hosted by a club called Quartermilers and the NTTA in a town called larivee in North Texas.The car from what I can gather so far was wrecked and ended up in a scrap yard. 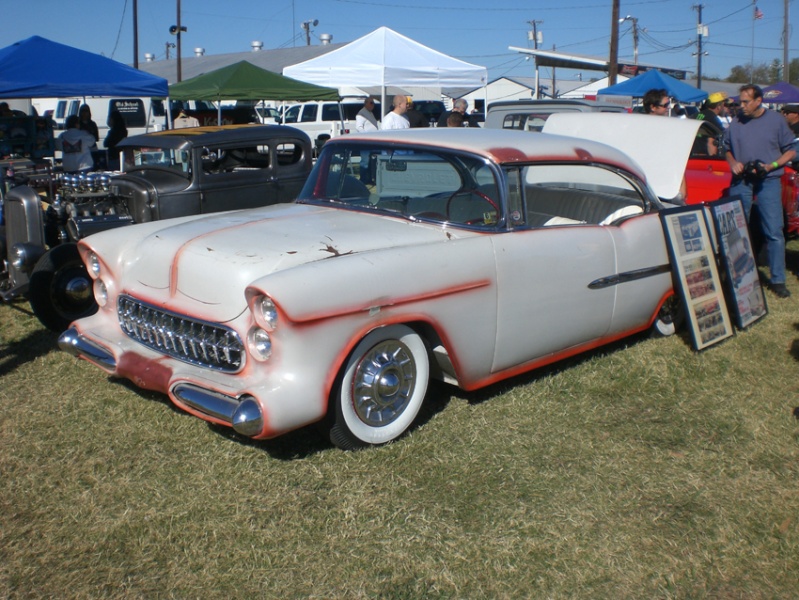 A man named Lonny Hockey from Burnett Texas baught the car and drve it high school and then it was in a tornado and was parked for 20 years till a man named Kerry Jennings found of a cedder patch where the previos owner left it on his way to nam.In 1987 Kerry purchased the car and took to Winfields shop in Los Angeles. 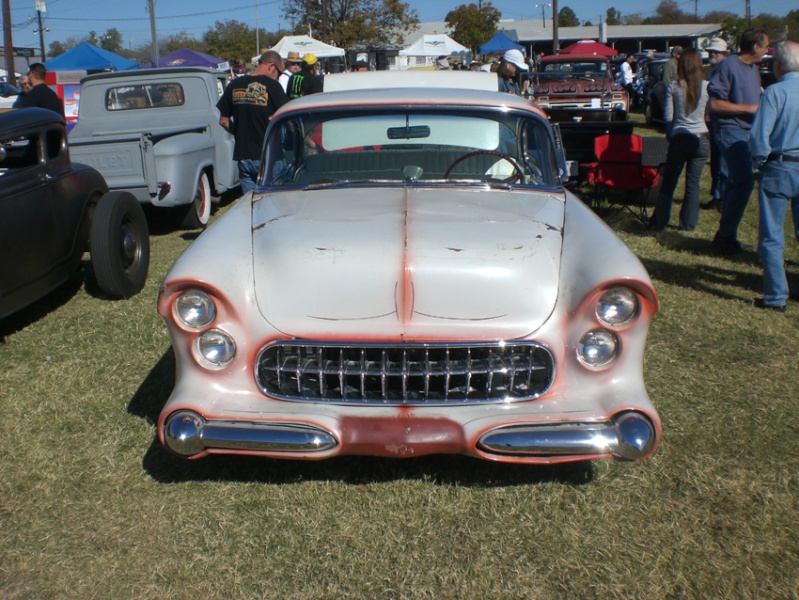 The car was reunited with Jim Earl for a quick reunion at that time.I wish I could have been there to hear the stories that were told about that car.Mike had a run in with Jpnny Law and Spent some time away from the car.Mikes girlfriend at the time got a hold of it and messed it up pretty bad.It was in storrage and the fluids had been drained out.She drove like a bat out of he'll and over heated the motor,put water in it,cracked the block and on the way back the hood flew up and crashed against the roof ruining the hood like evryone saw it at pistons and paint.The car was parked and left for dead.I found it at Austin V Dub on the out skirts of Austin and fell in love with not knowing what it was or the history had to have it.I went back over and over again just trying to find out about the car and dreaming that one day I could own it.My persistance paid off.One day about a year latter and several threats by the guys at the shop to stop comming around I got a call from mike.We made a deal and without having the money said I'd buy it.My girlfriend now wife got a loan and I still to this day have know idea how the he'll I pulled that off talked her into getting a loan for the money. 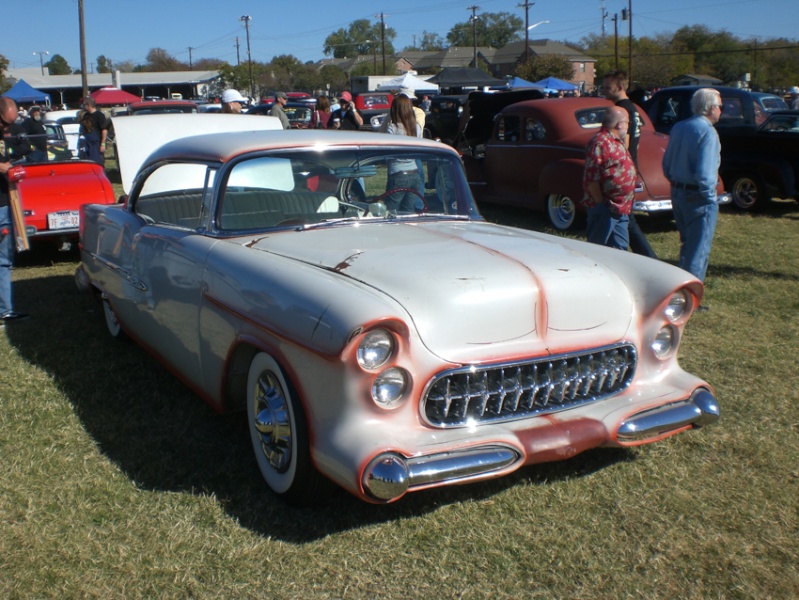 2 days latter I contacted Mike and we met for the first time at Frans Hamburgers.That has got to be one of the best days of my life.The pearl was finnaly mine.After 6 1/2 the car is on the road with the help of a hand full of guys Mark that owns the coupe that was next to me and the pearl at the show,Doyle Dew,Bob Bleed who made the hood at least fit on the car again thanks bob,Tje guys at Allies automotive for their shop and expertise,Roy Bartlet (Rip),Bill at the machine shop who assembled the mptor cause I was sick of messing with it after two flat cams,mike G for doing the heads,and last bit not least my wife who lined me the money after being with my crazy ass for only six months and seeing my vision.I hope y'all enjoyed this story it's one he'll of a car.To see the car search pistons and paint and you will find pics of it.I would post picks but don't know how,sorry 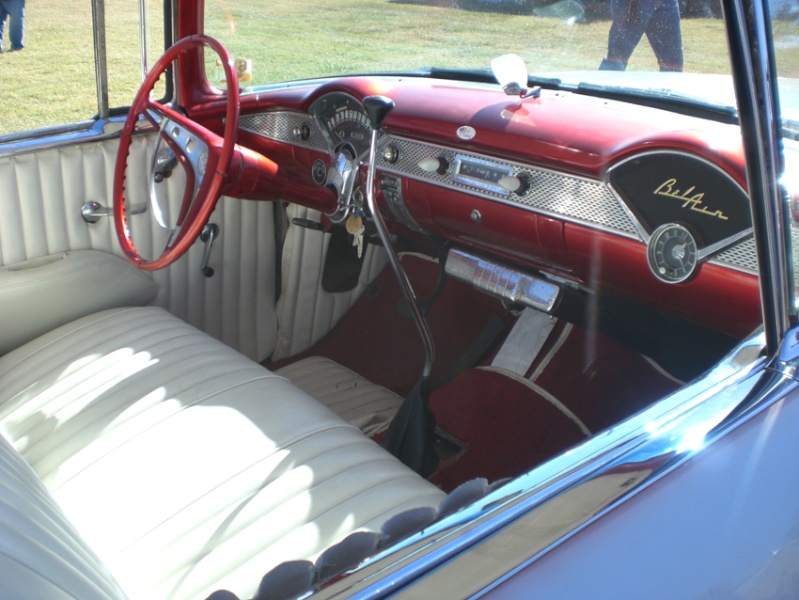 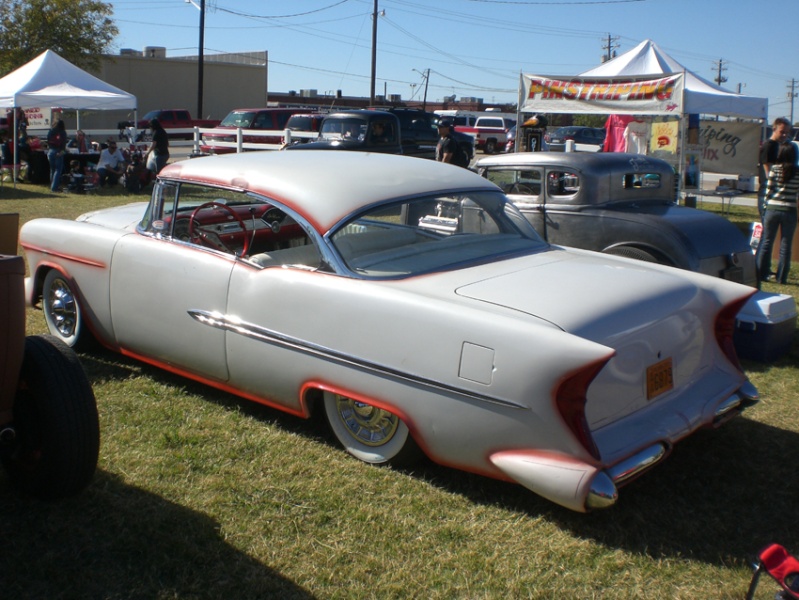 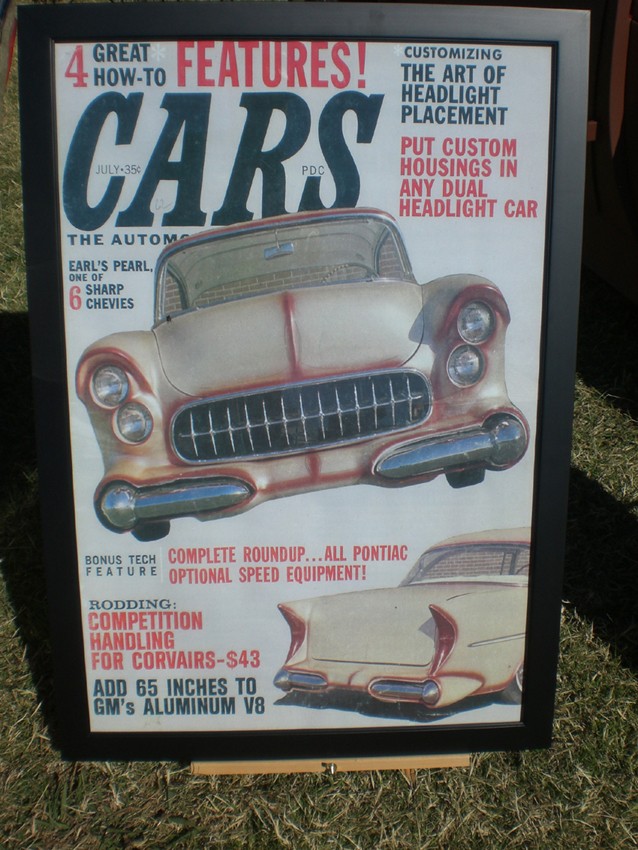 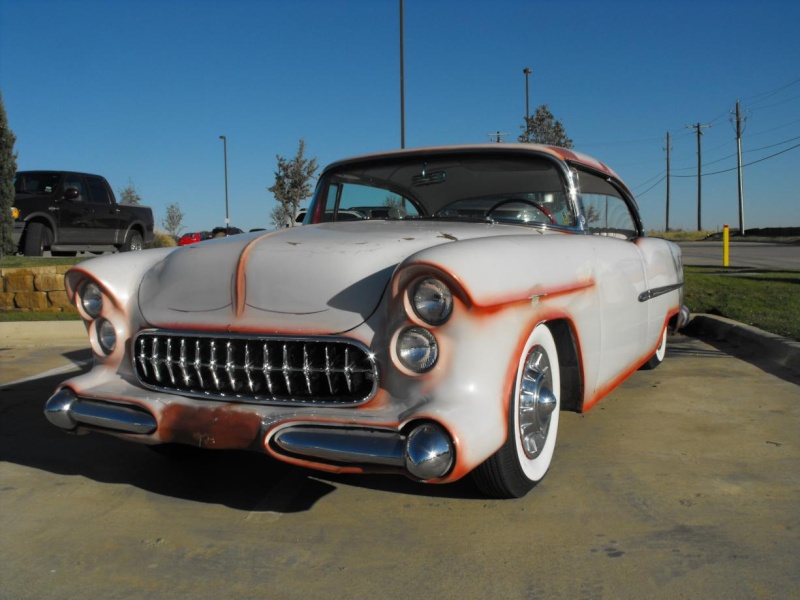 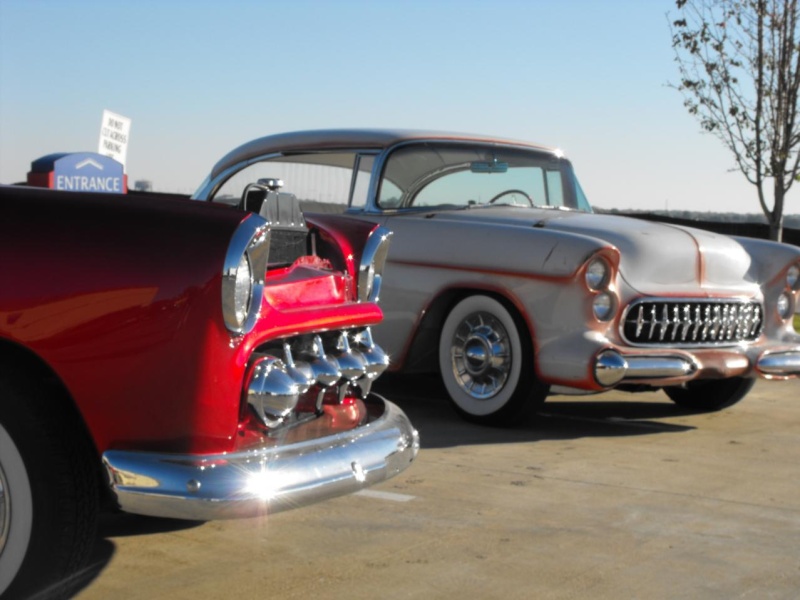 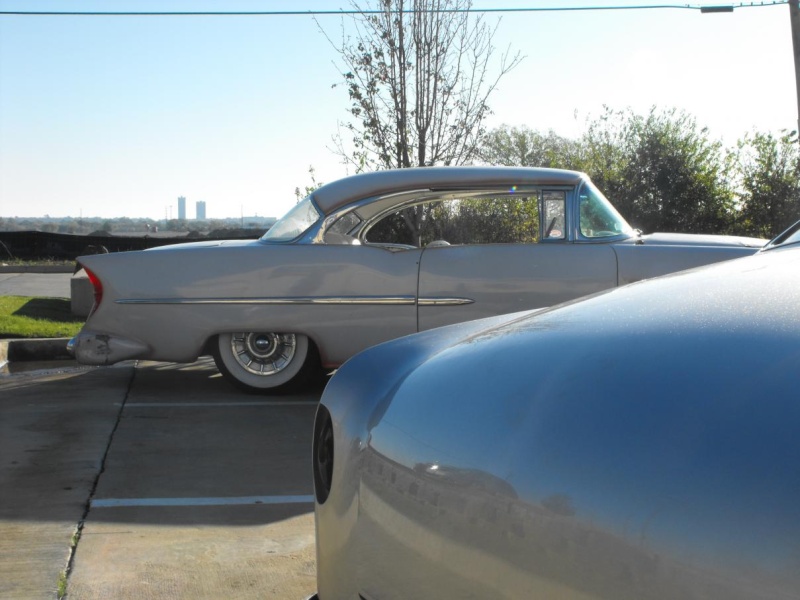 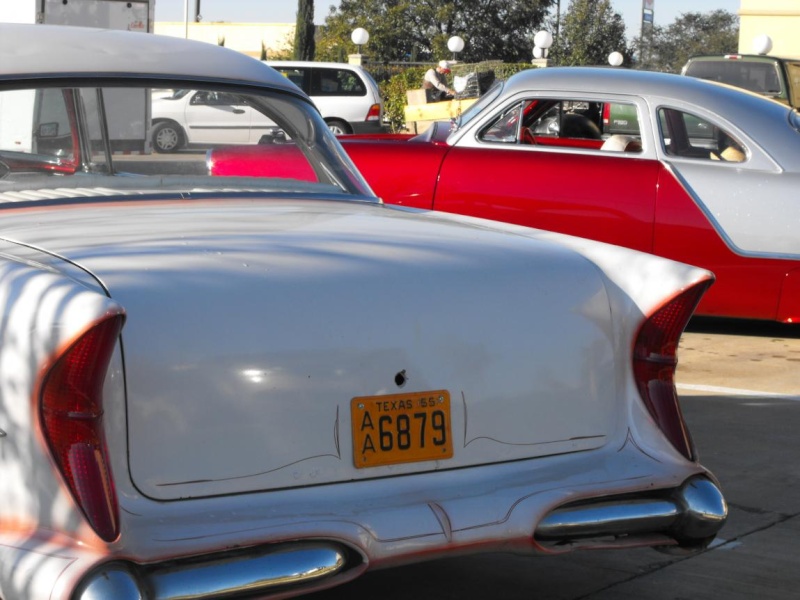 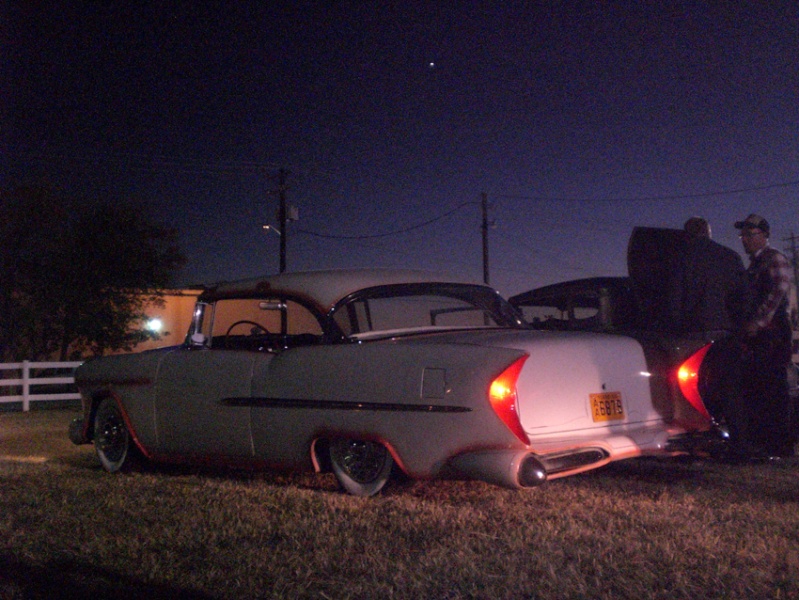