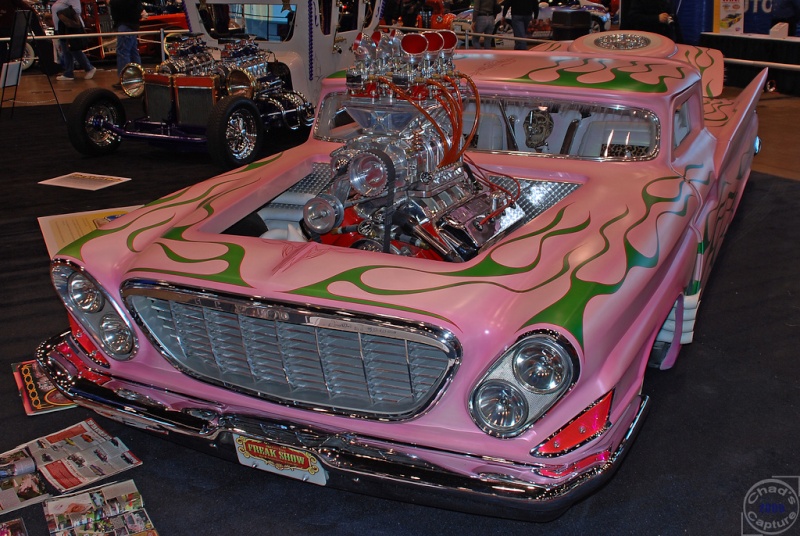 Freakshow has our noodle in a bind. There's not much left of the original '64 Chevy C-10, but it definitely says "1964 Chevy Pickup" on the placard. By all rights it should be the absolute baddest truck/car in the show hands down with a blown 354 cubic inch hemi, six Stromberg 97 carbs, the sickest custom headers we've ever seen all running through a four speed Muncie to a 9 inch Ford rear with 4:11 gears. It has a beer keg and an in-cabin tap coming out a skull mounted under a gun rack. And yet here we are torn - the car is pink, with white fur everywhere, and has a pink telephone on the dash. What. The. Hell? 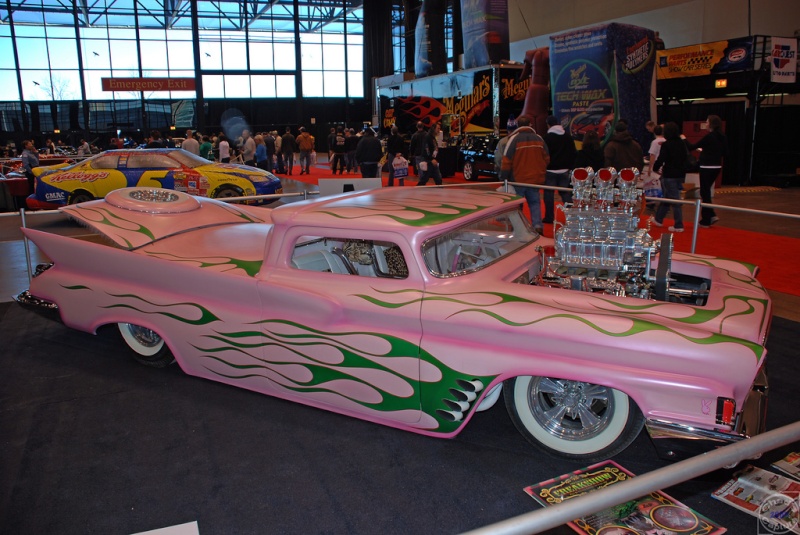 Yes, we know, it doesn't look like any 1964C-10 we've ever seen either, that's because it's sporting a '61 Chrysler nose and a '57 Chrysler tail along with an incredibly schizophrenic paint scheme. But still, we circle back to this brutal dichotomy of total dominating badassity spitting in the face of convention. Sitting amidst this sea of flat black and rusty hot rods is a cotton candy monster waiting to eat your lunch, but it is nigh on invisible due to its fluffy persona. If Clint Eastwood dressed up like a lady and drove this car around, the world would end, of this we are certain. 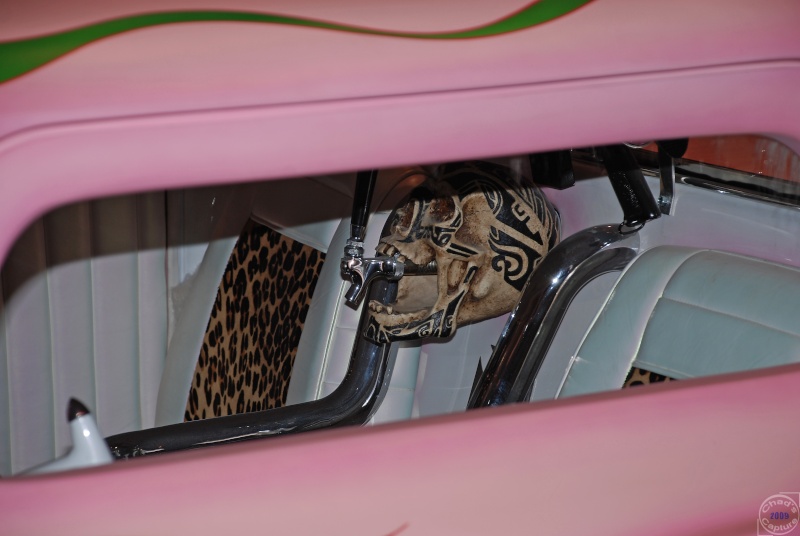 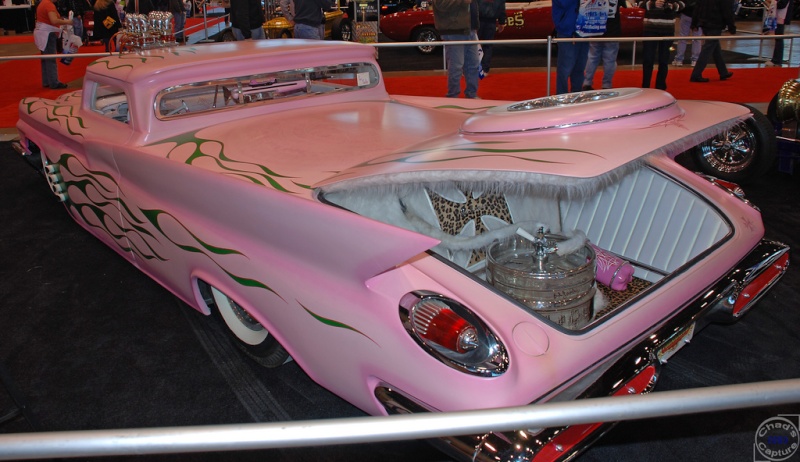 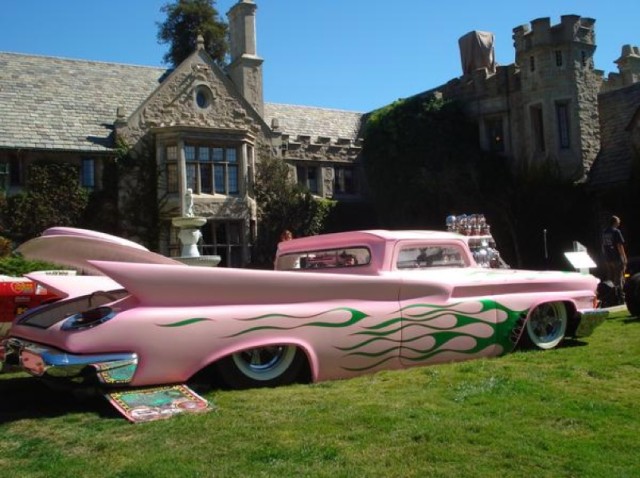 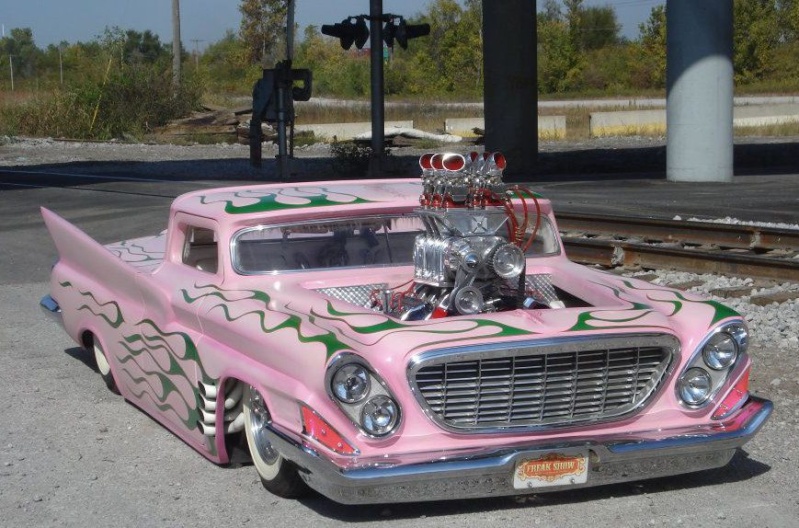 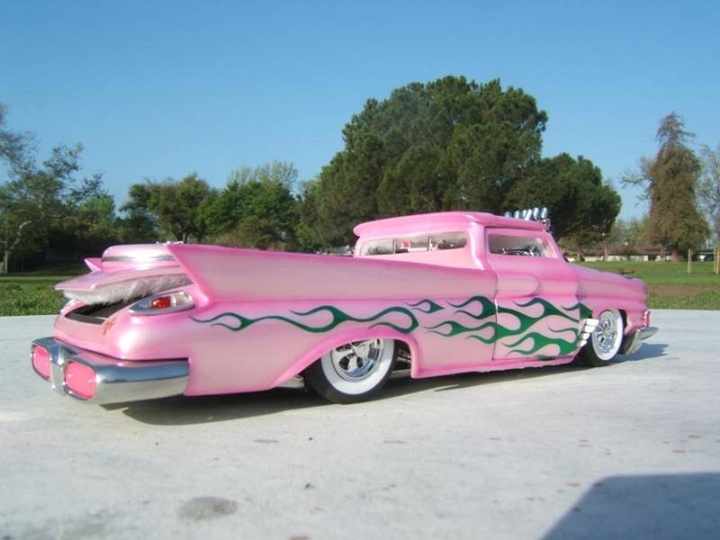 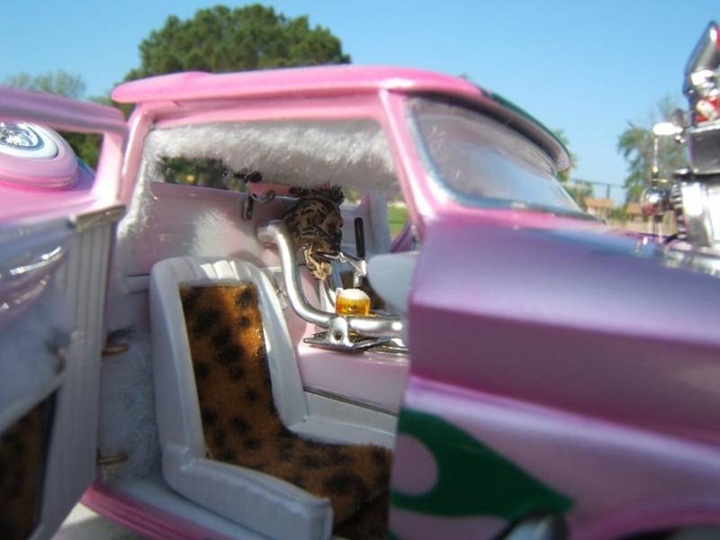 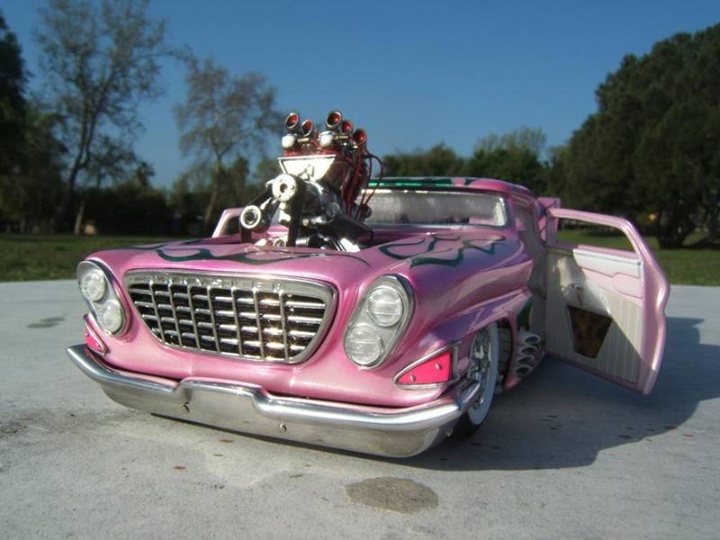 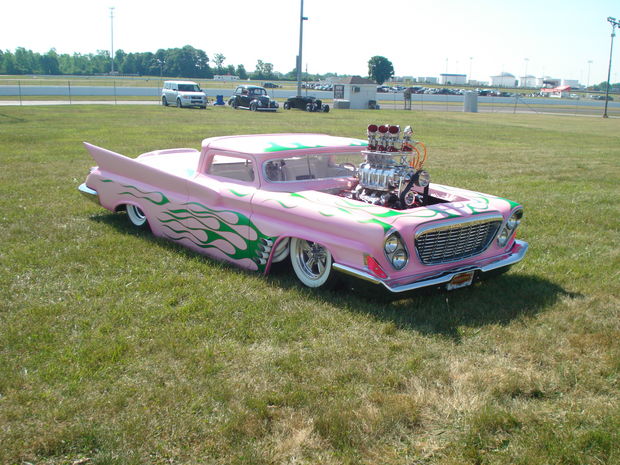 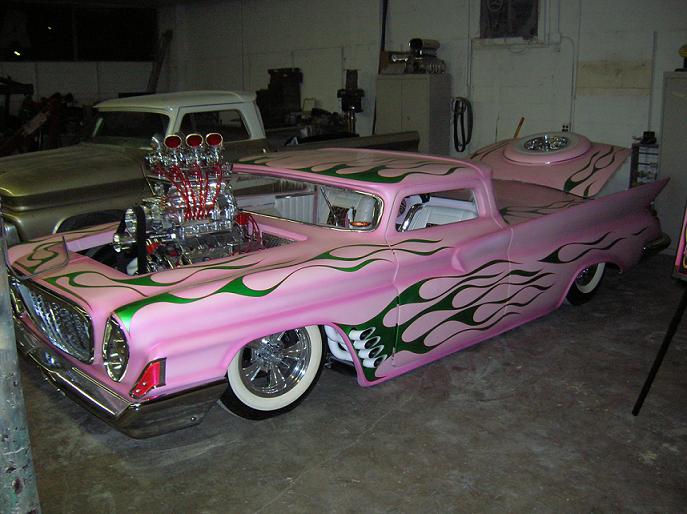 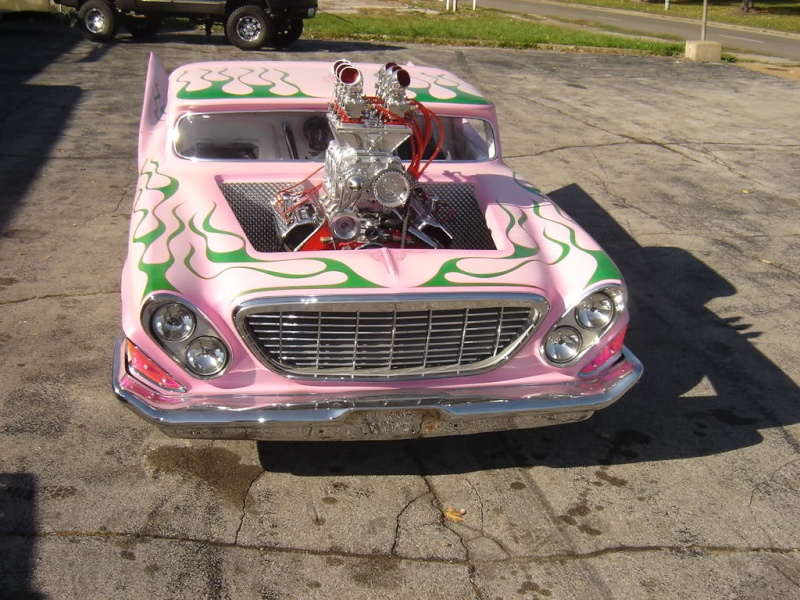 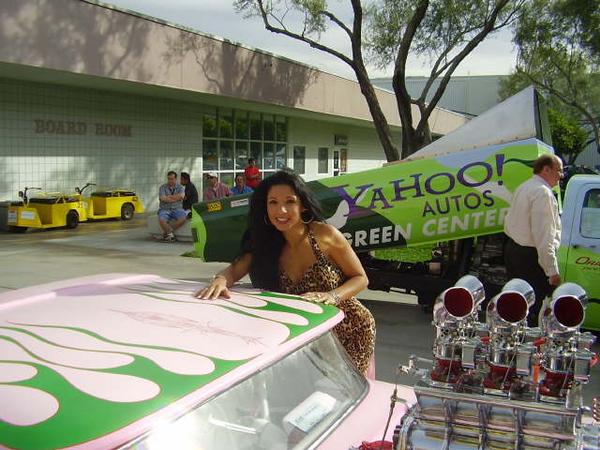 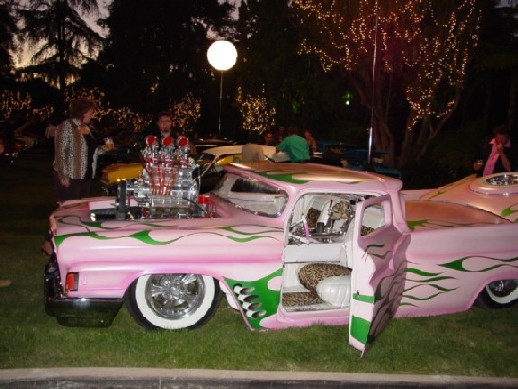 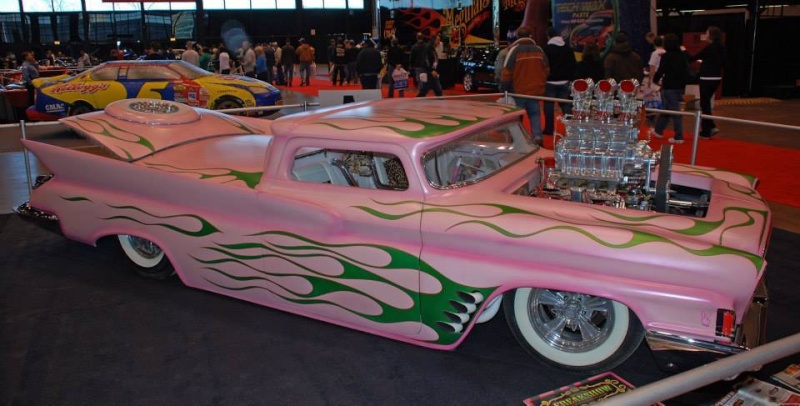 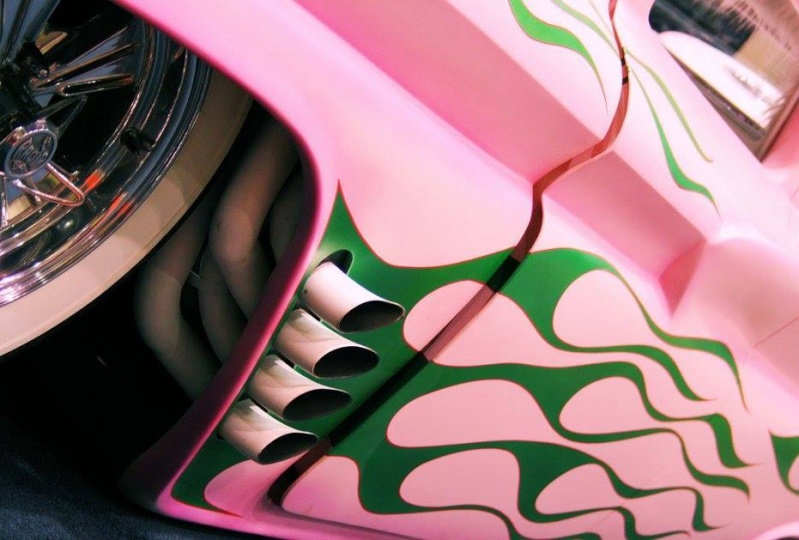 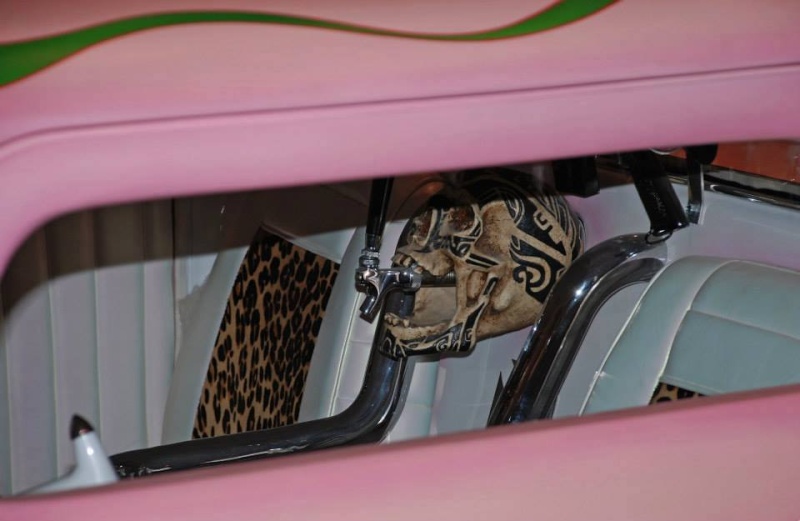 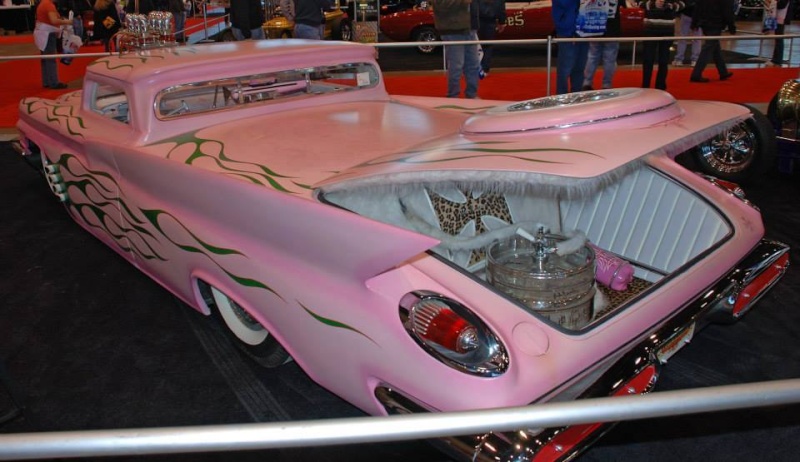 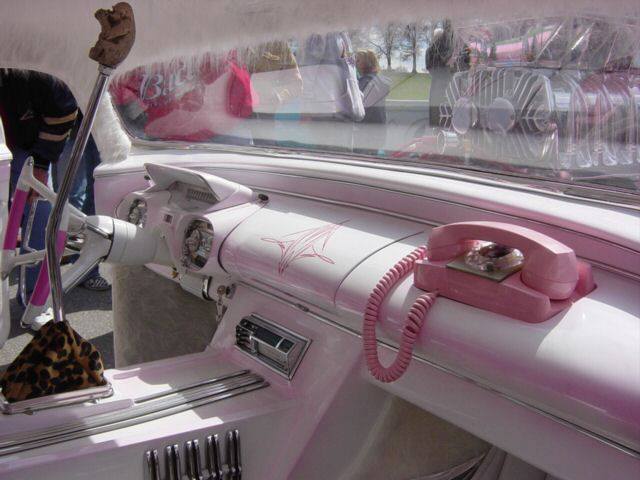 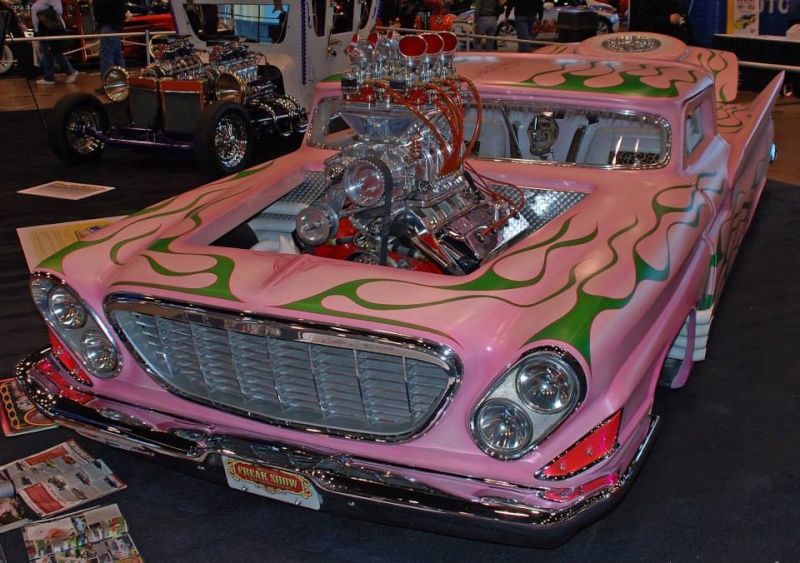 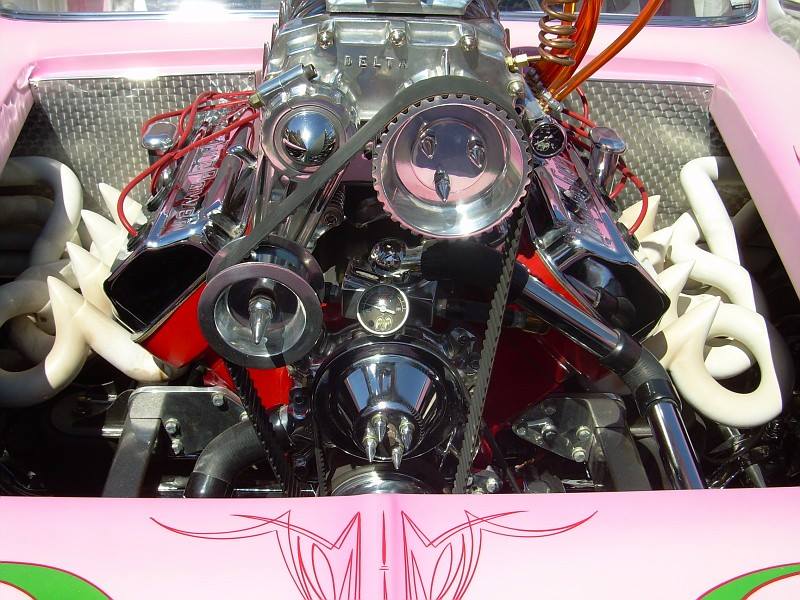 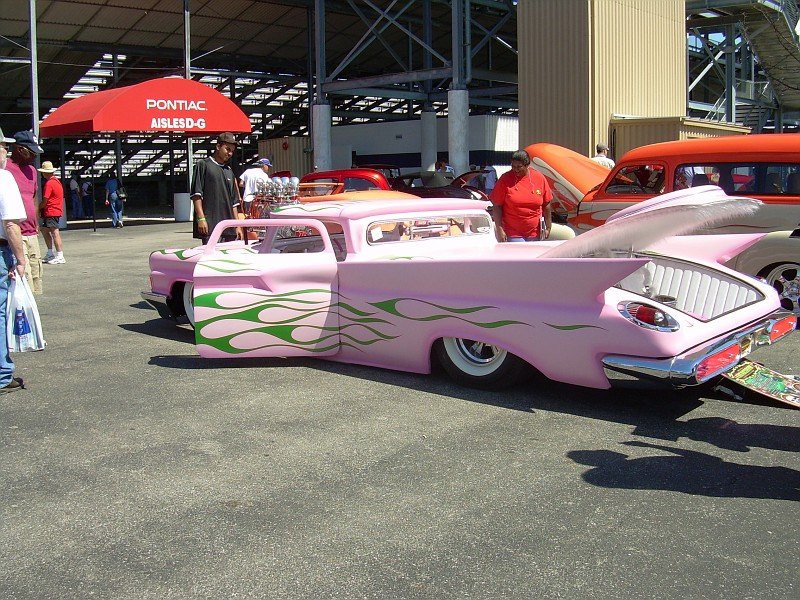 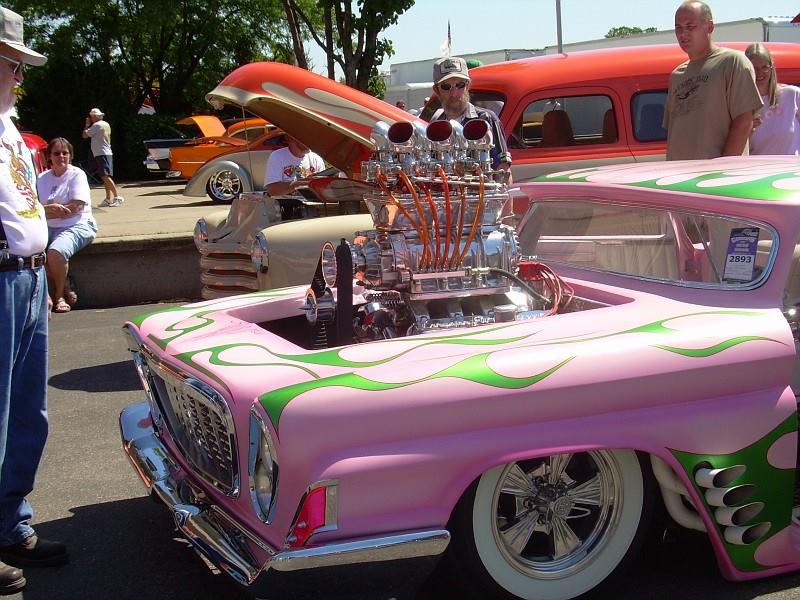 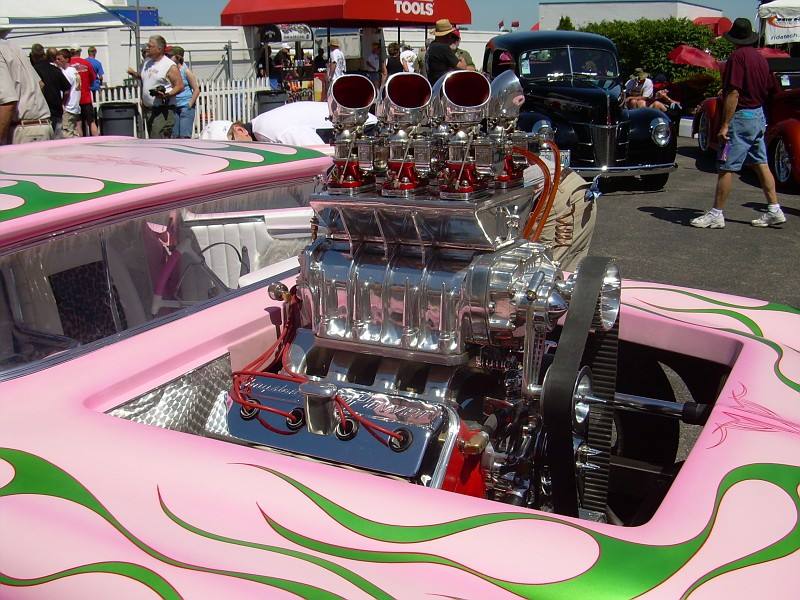 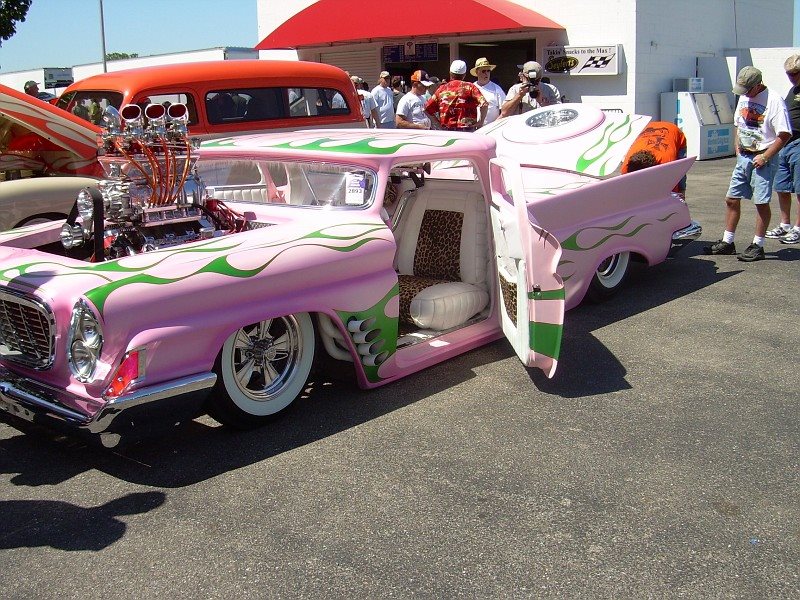 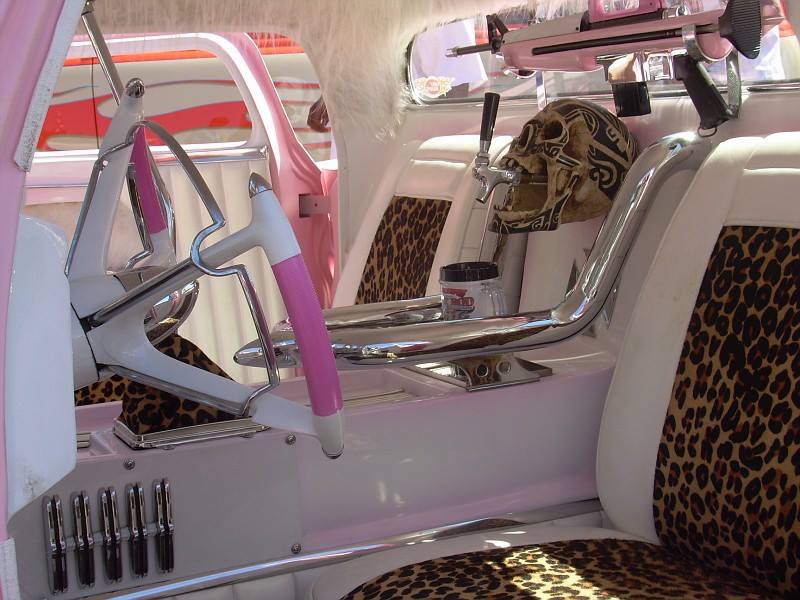