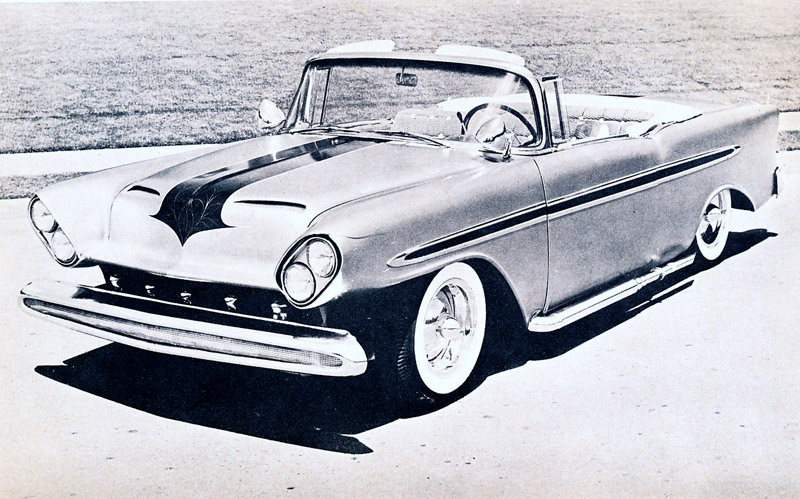 1956 Chevrolet Convertible originally owned by Frank Boliba, Jr., of Niles, California. When Frank owned the car, it was mildly customized and painted Candy Apple Red with gold trim. This version was known as "Miss Candy".[1] Miss Candy was shown at the ninth annual National Roadster Show, February 15-23, 1958. By then the car was owned by Joe Boliba, also he from Niles. At the show Joe won an award for having the best car in the Semi Custom Convertible class.[2] 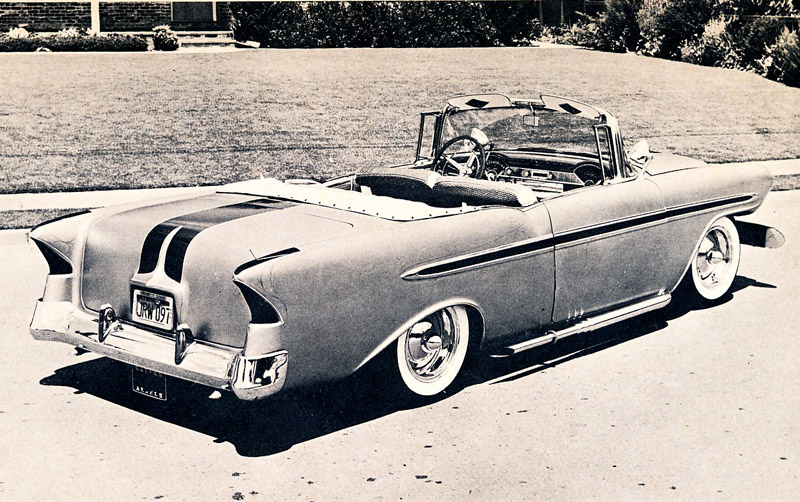 Miss Candy was later converted into "The Golden Corona" by Joe Bailon of Bailon Custom Shop for Joe Boliba. The Golden Corona was radically restyled and painted in Gold with Candy Apple Red trim. Another version of Joe's Chevrolet, restyled by Joe Bailon as well, is shown in the official program for the 2nd annual Miss D-Elegane Custom Auto Show held January 28 - 31, 1960. This version, known as "Pearl White", had been painted in white pearl and received a brand new upholstery by Jerry Sahagon.[3] 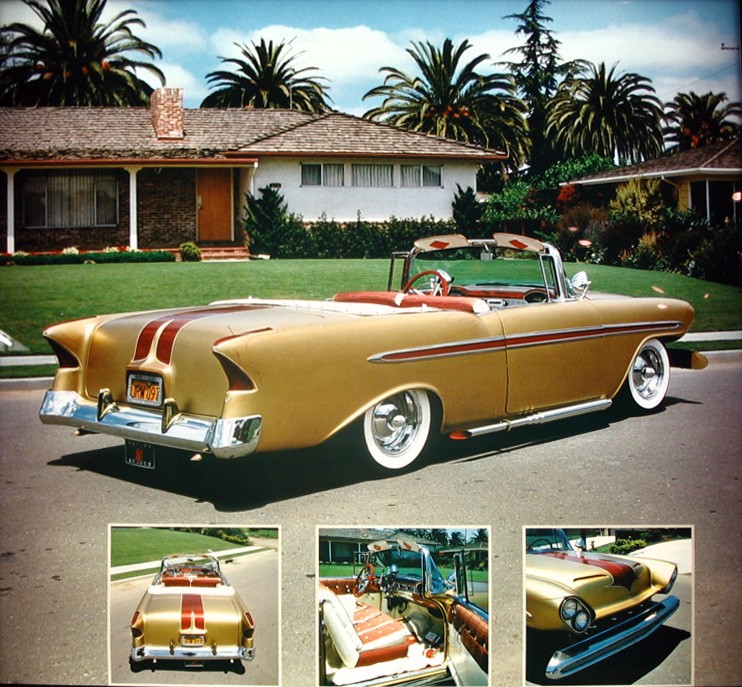 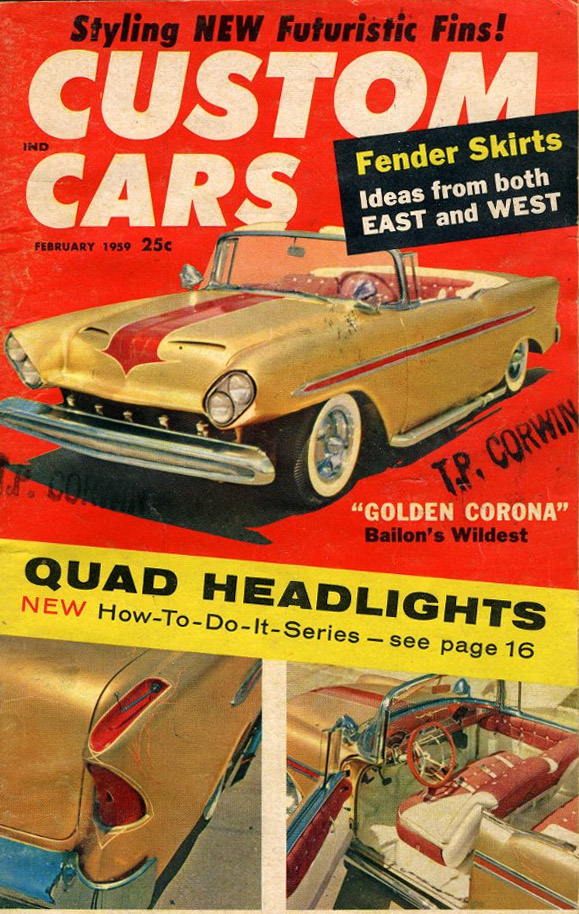 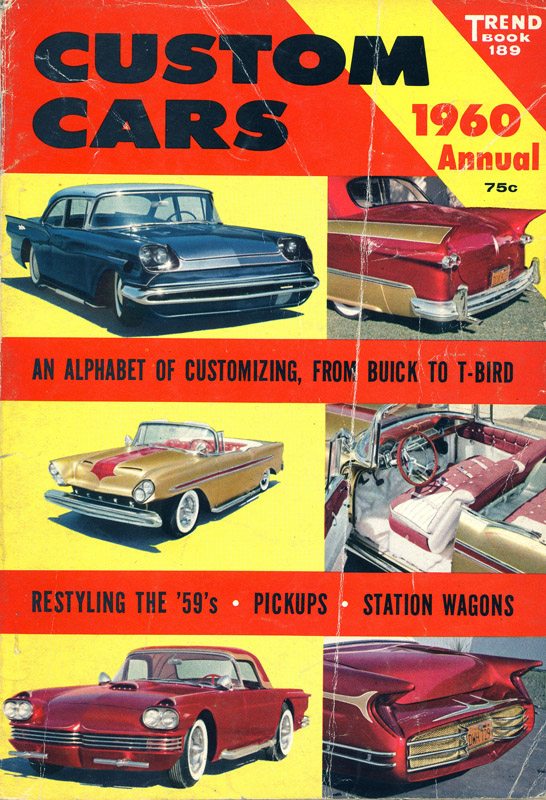 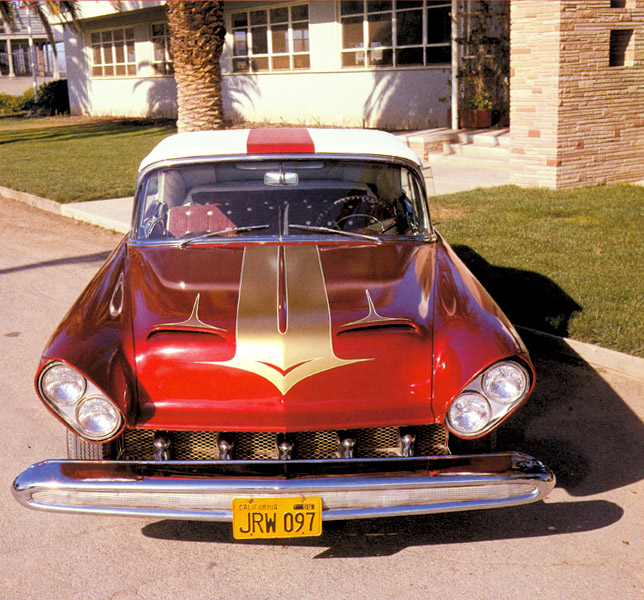 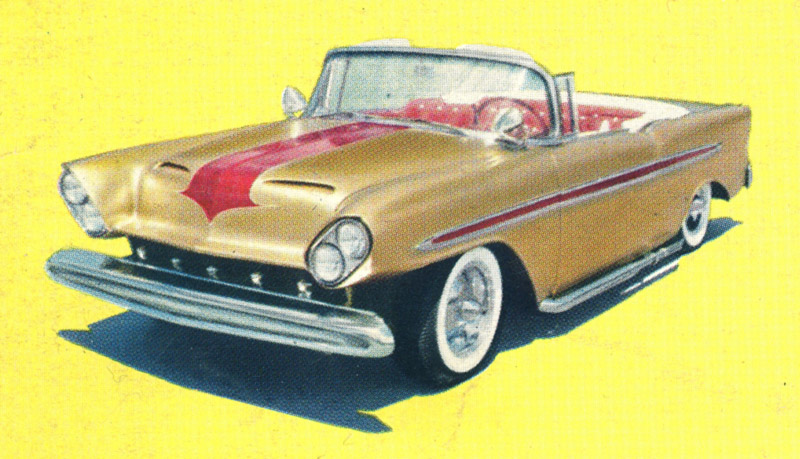 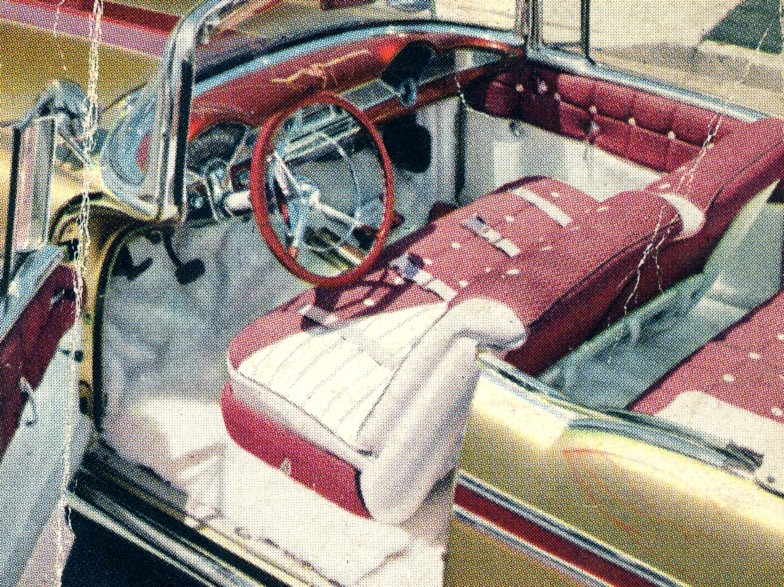 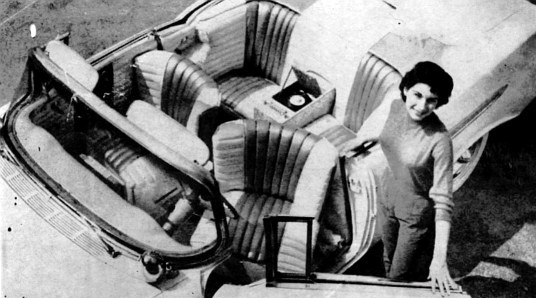 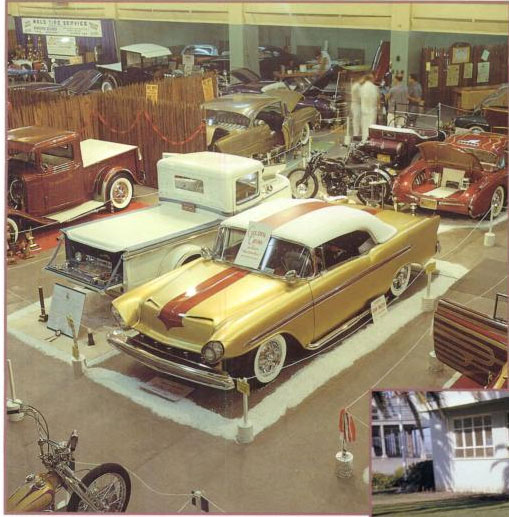 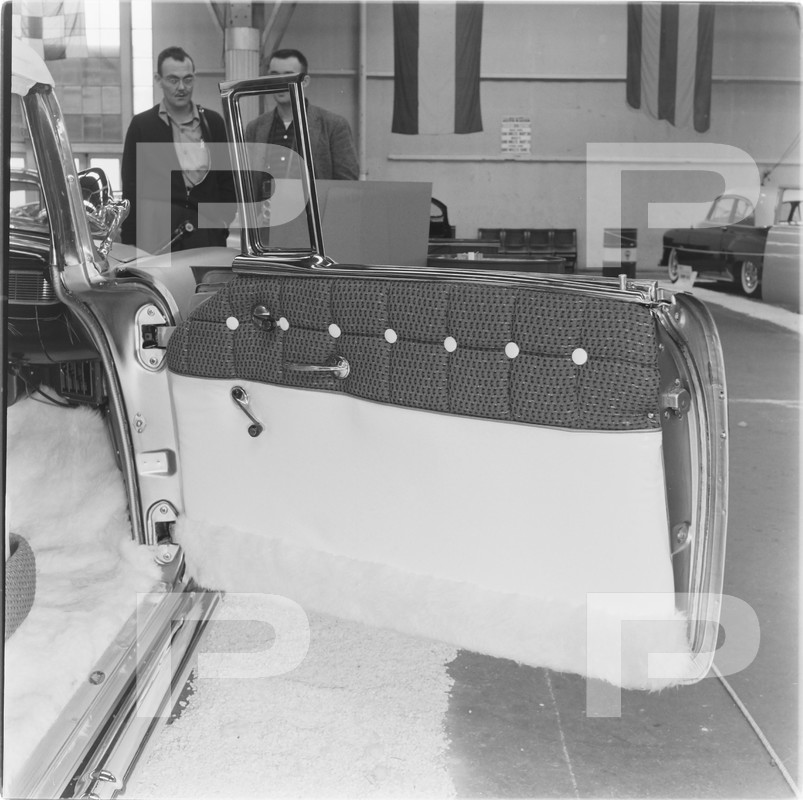 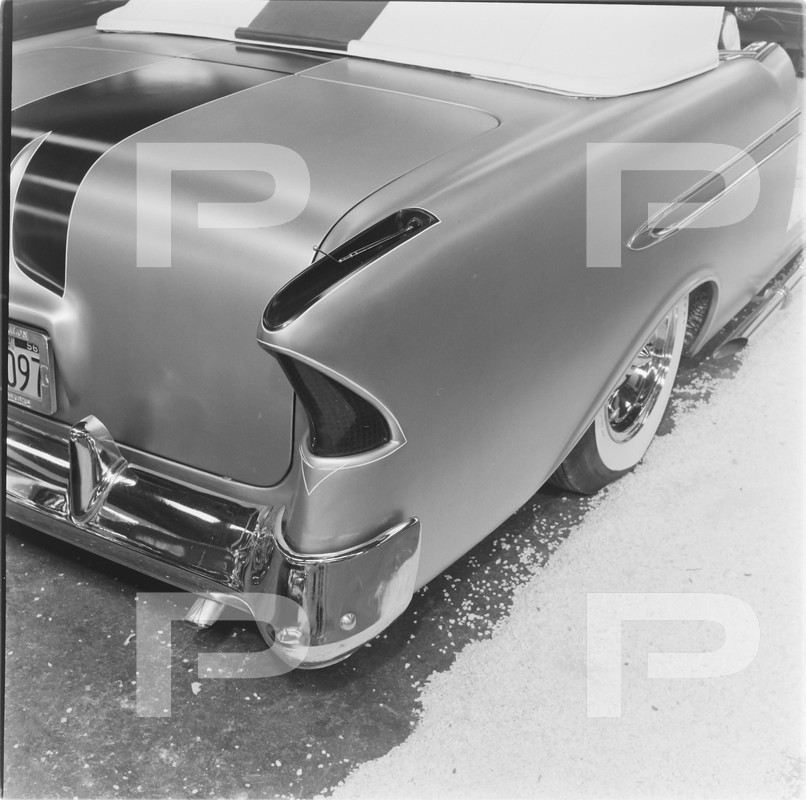 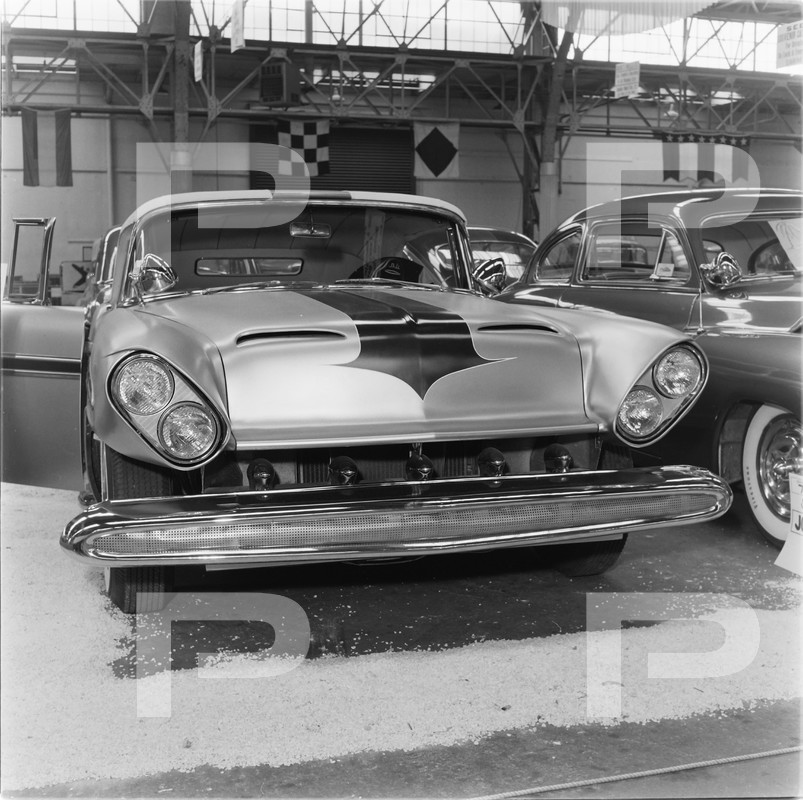 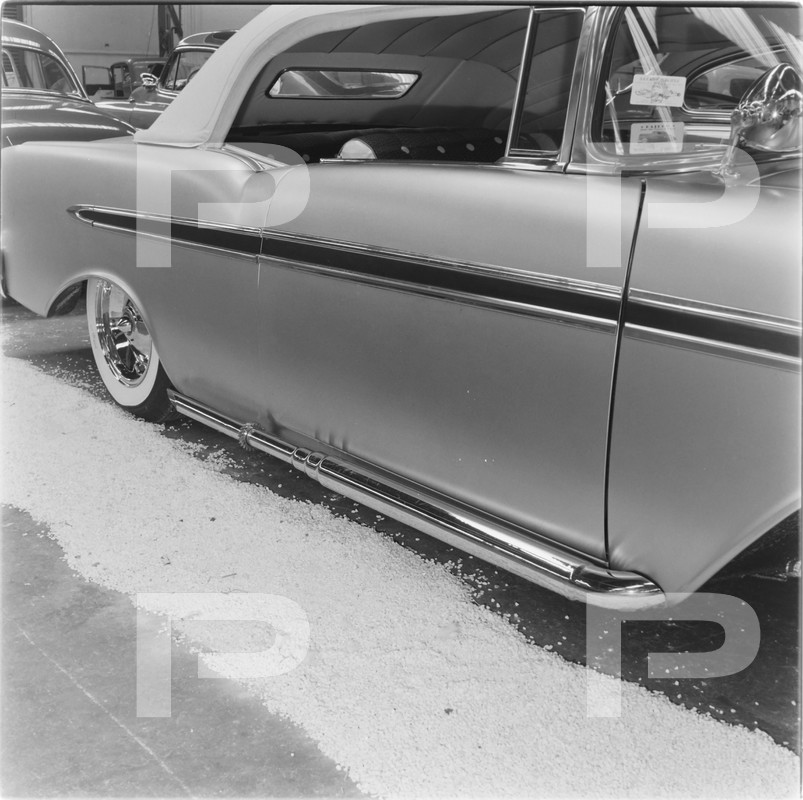 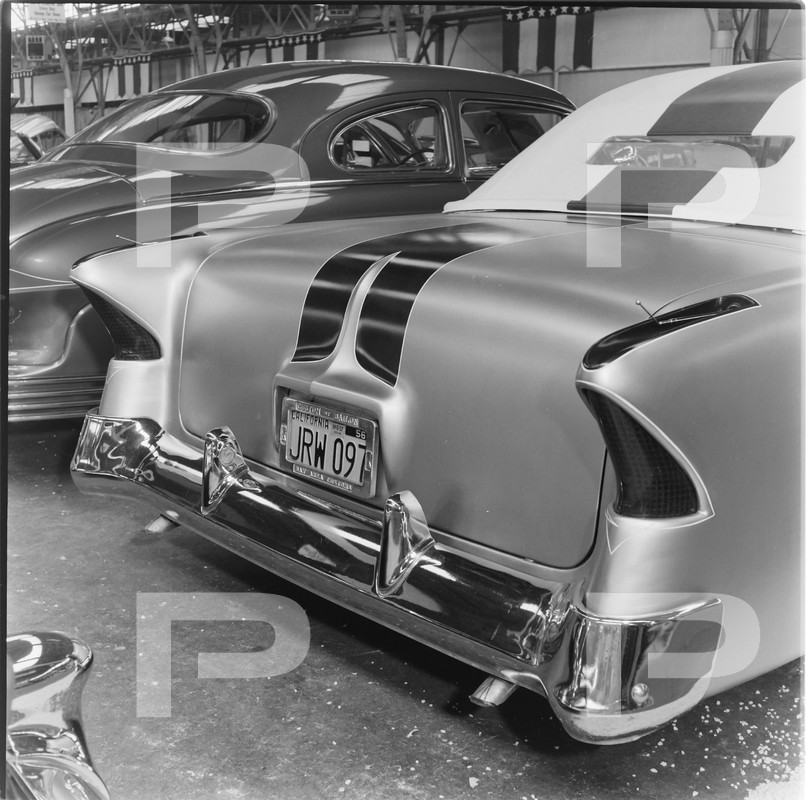 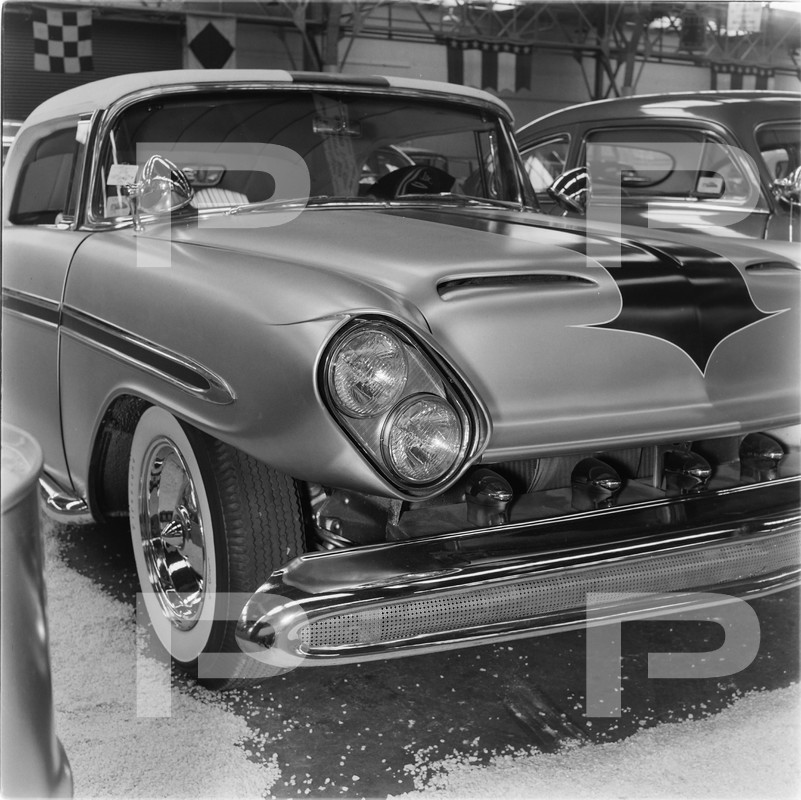 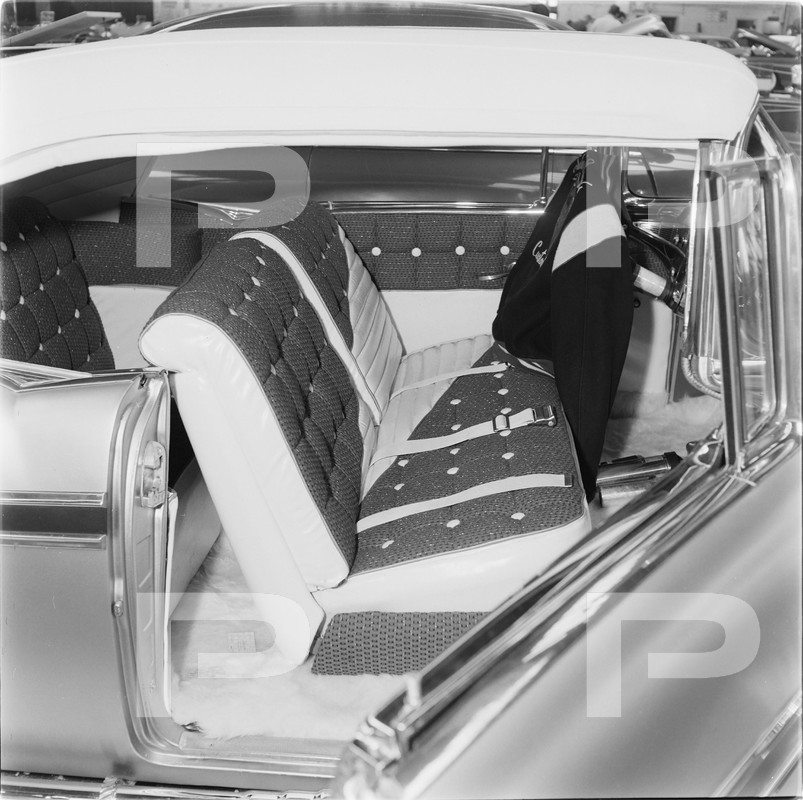 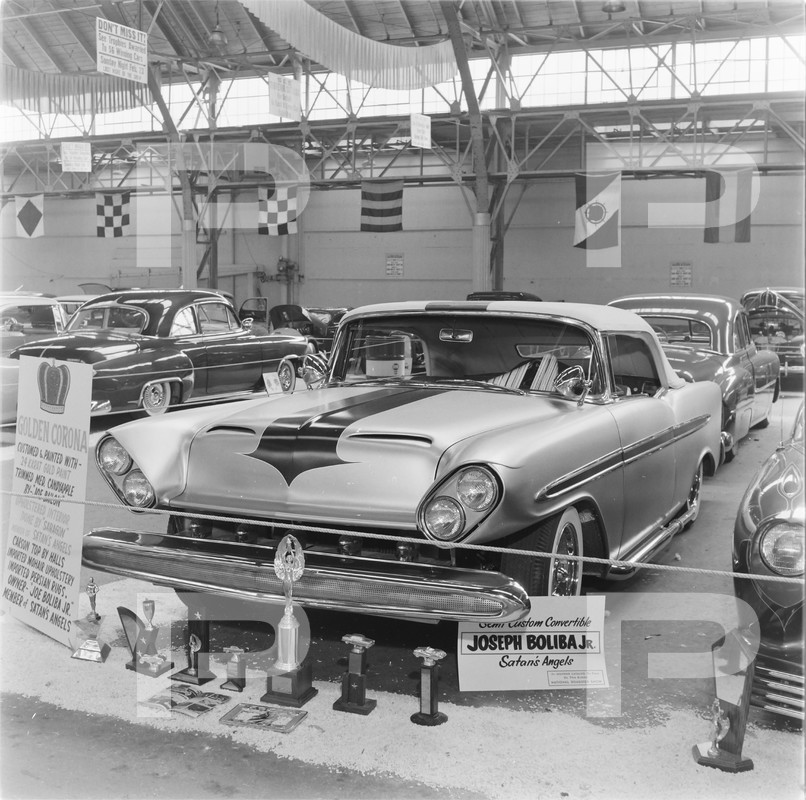 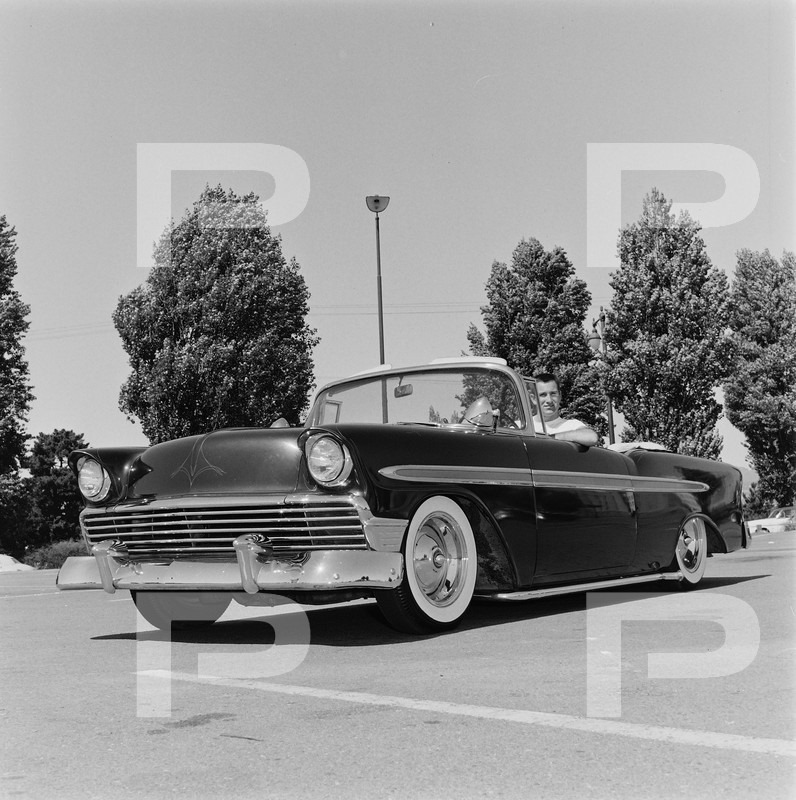 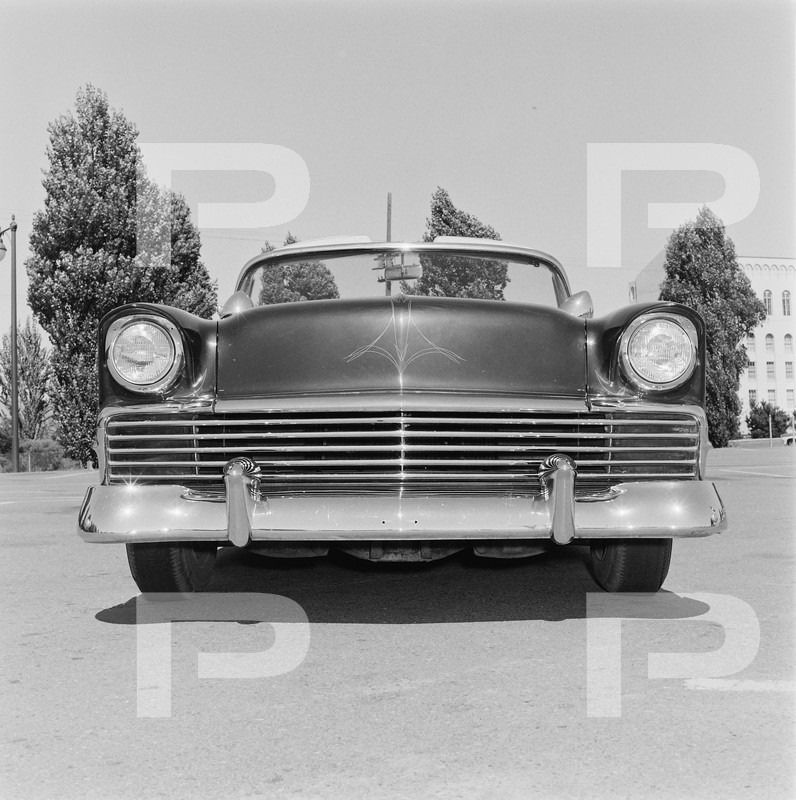 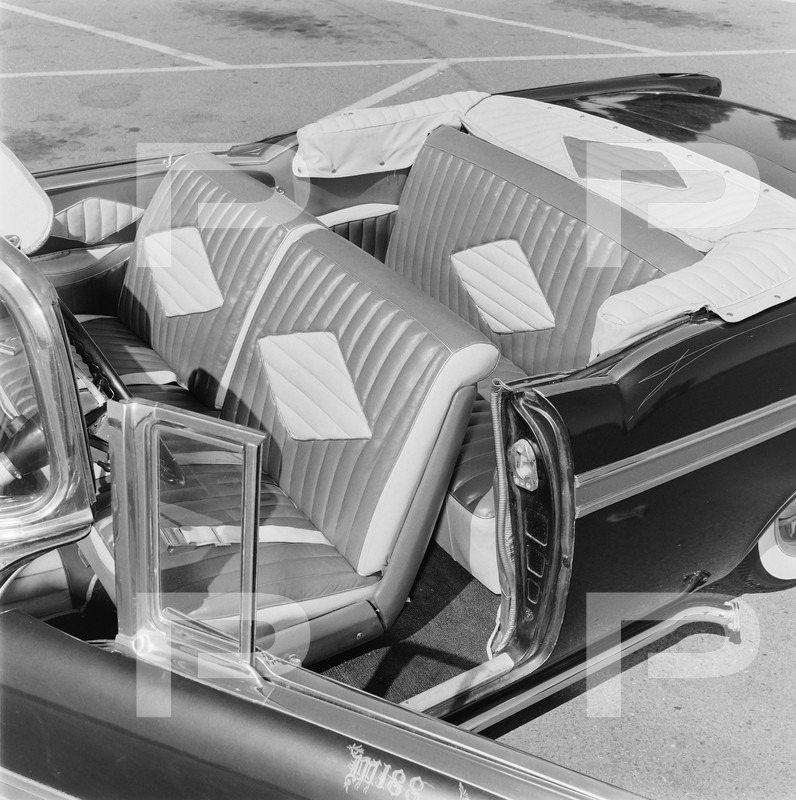 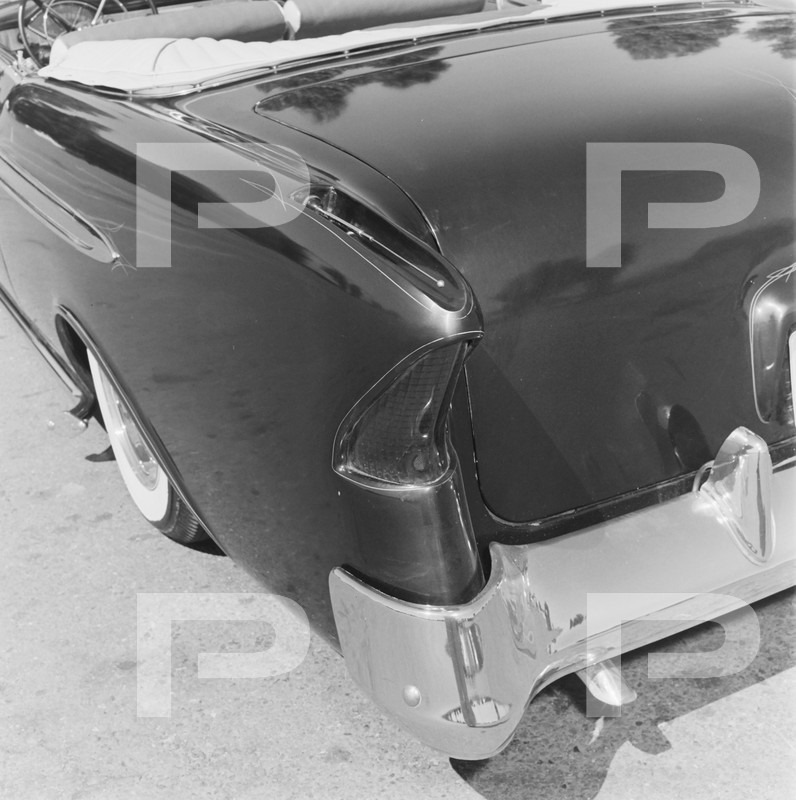 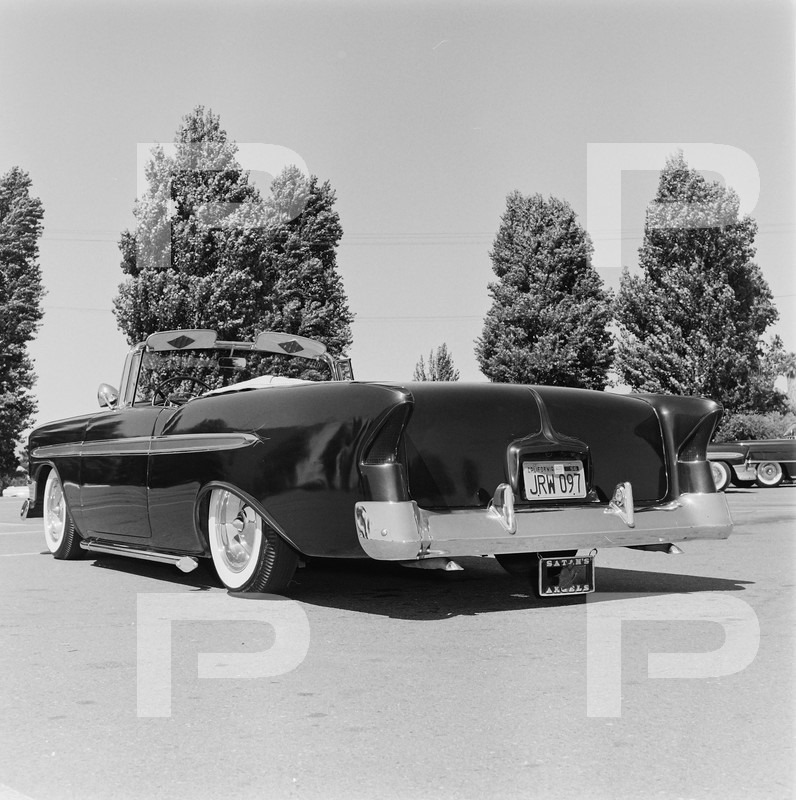 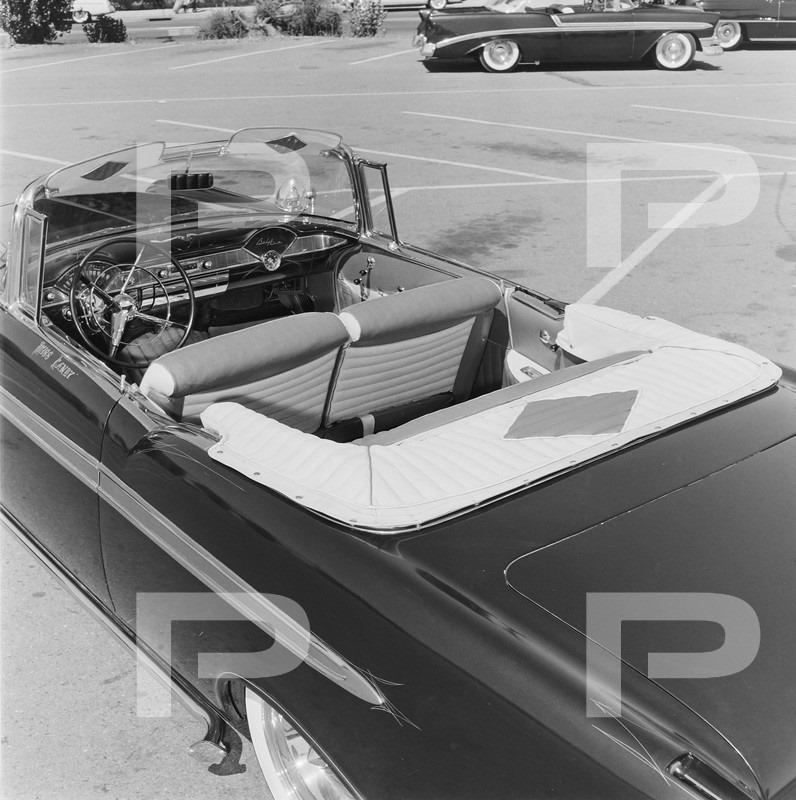 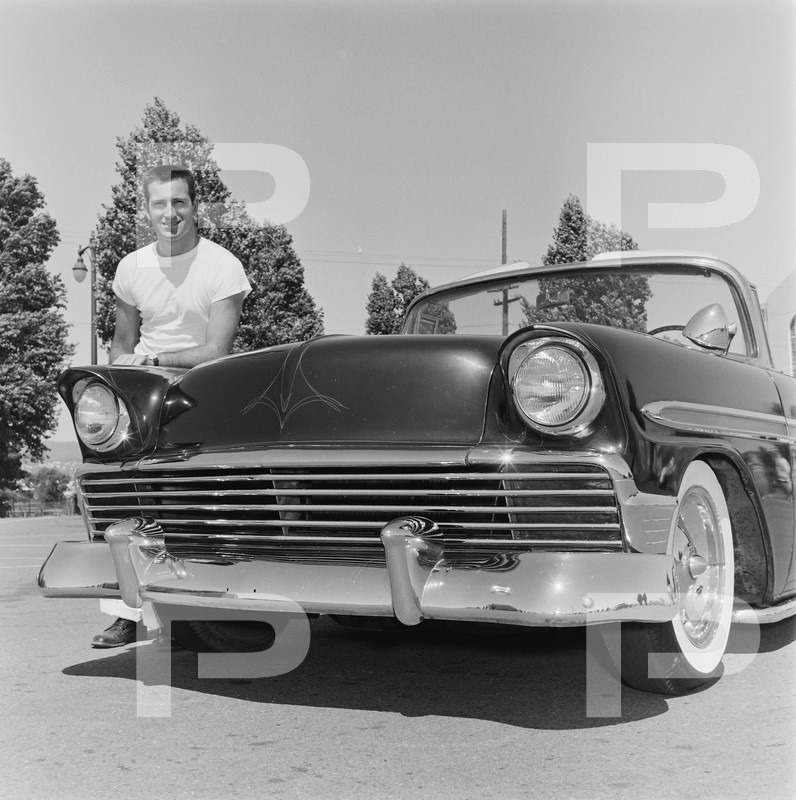 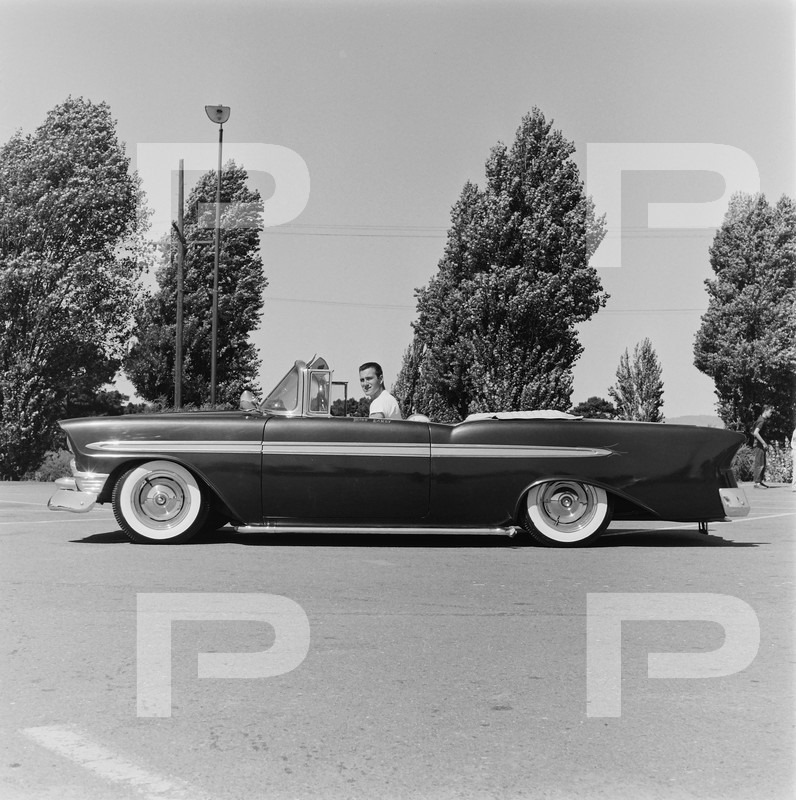 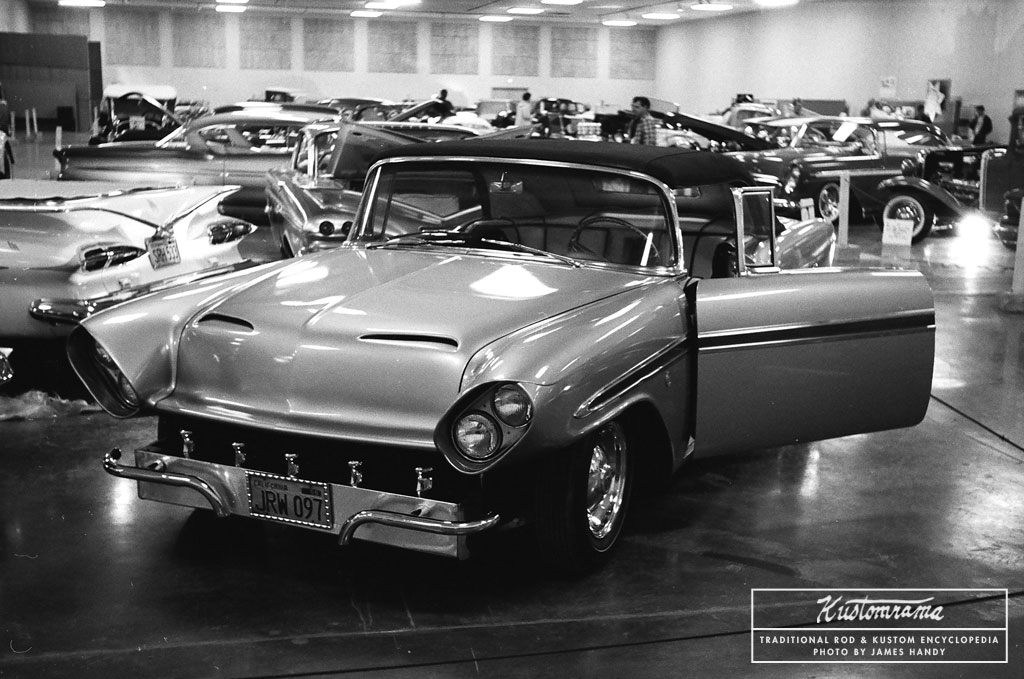