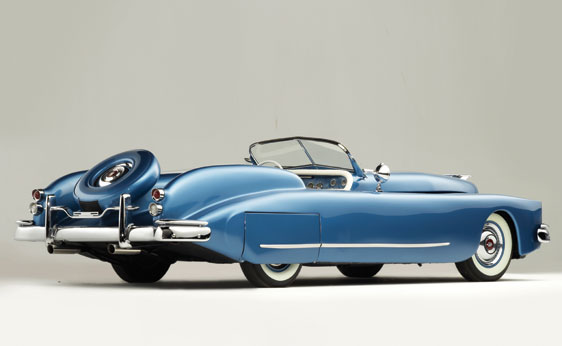 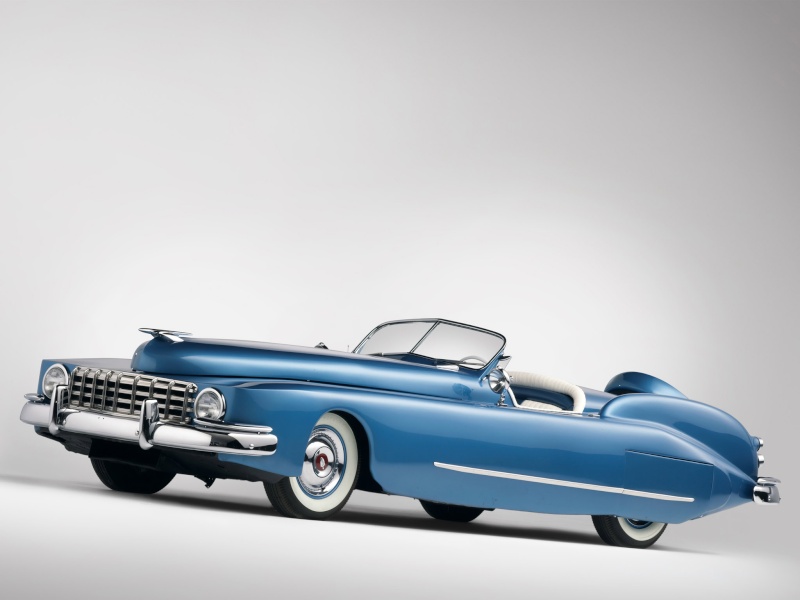 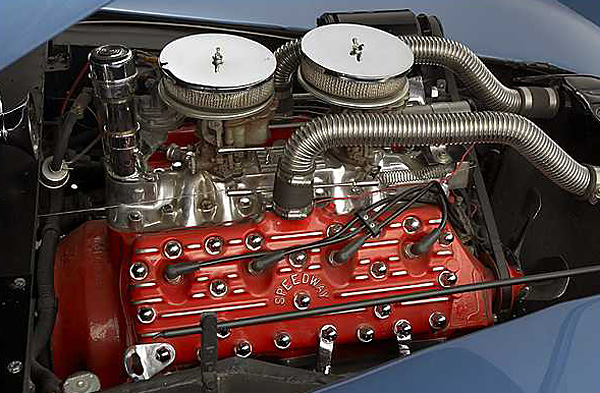 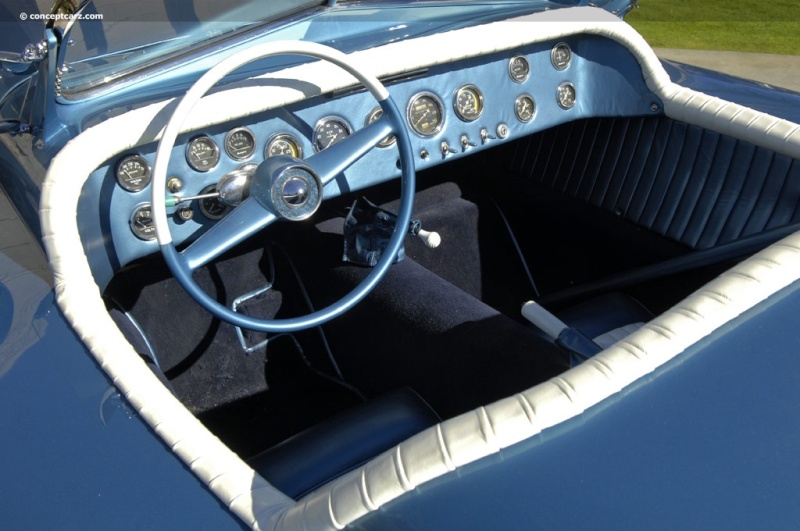 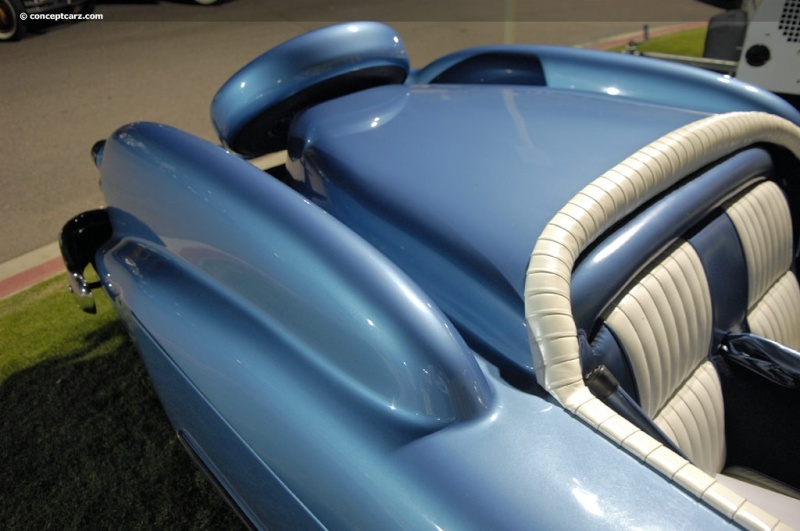 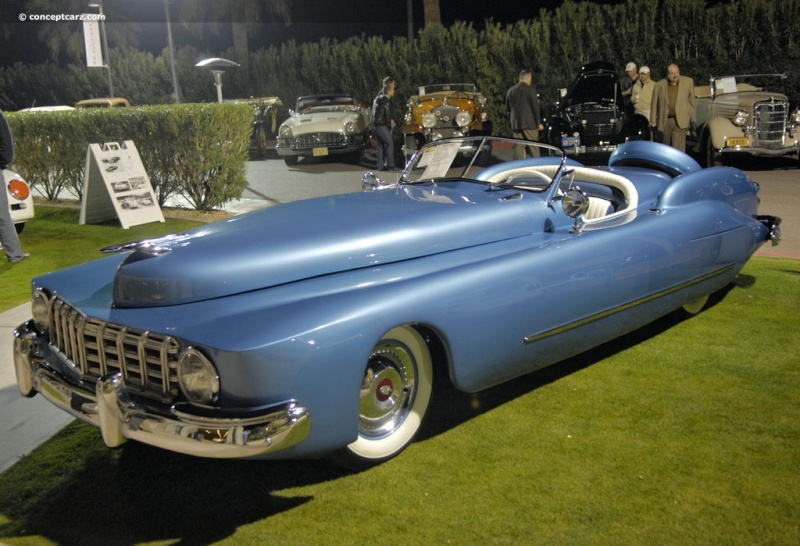 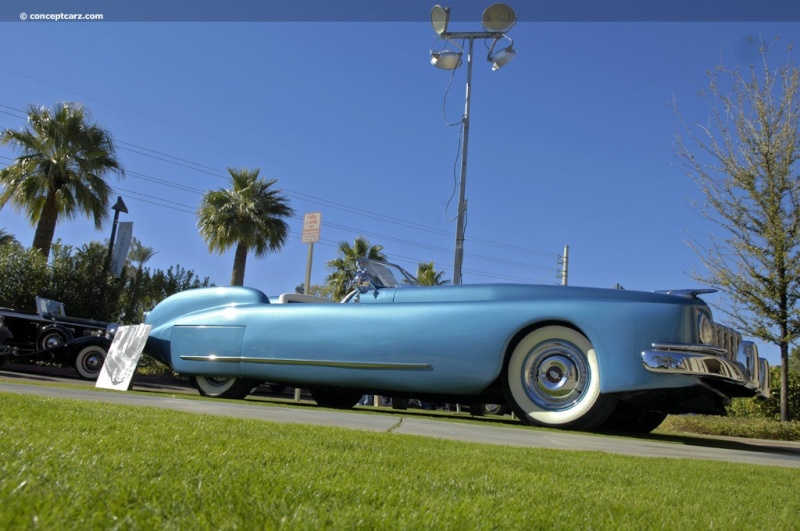 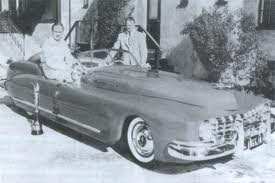 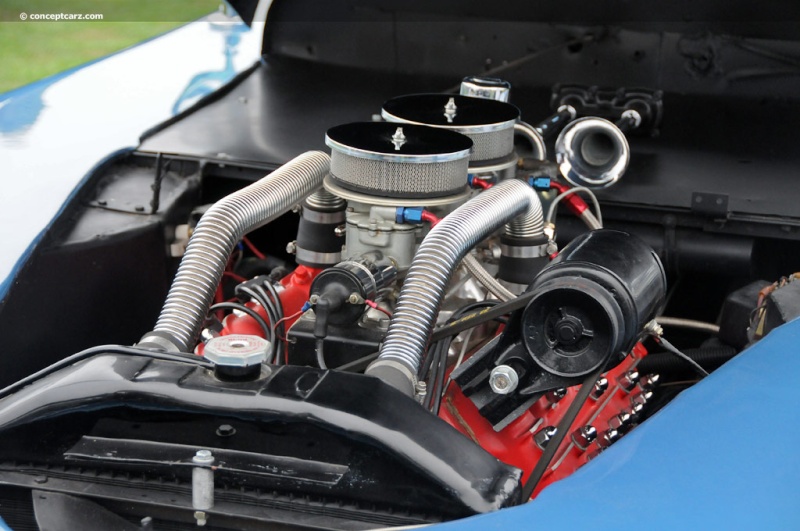 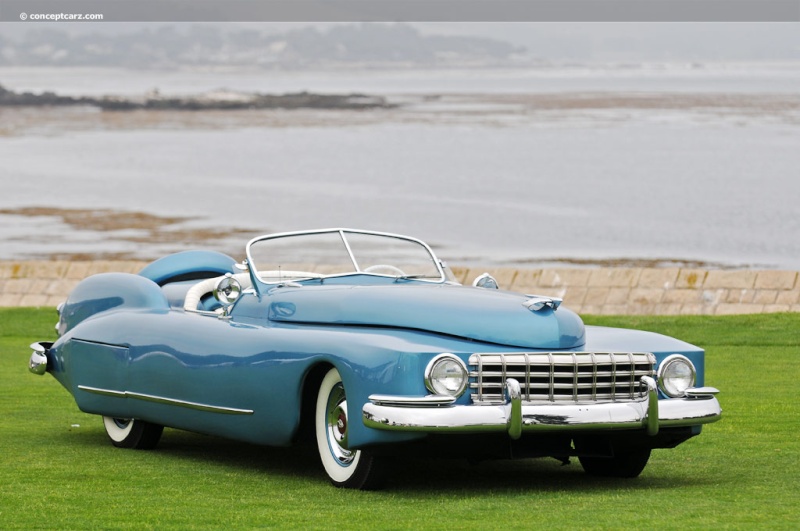 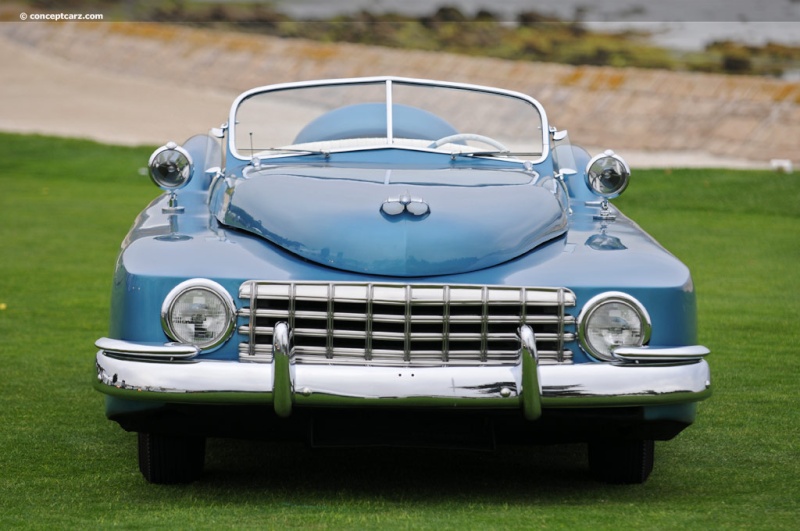 C'est une bizarrerie effectivement les fenders sont étranges, je vous traduit pas mais un petit texte sur cette caisse
After World War II, with the G.I.s returning from Europe with a new found desire for the two-seater roadster, only a few automobile manufacturers were capable of satisfying ht need. This new craze helped give birth to an era of Sport Custom Automobiles. Backyard mechanics produced dozens of custom-built automobiles, with several creating some really stunning creations. One of those individuals was Lloyd Templeton, with the help of his sons. One of the earlier successes was the Templeton Saturn, that would run rings around the competition. It had a 1948 Mercury chassis, the original 'flathead' V8, and a rock-solid three speed manual transmission with a Columbia two-speed rear axle. It was reported that the car could surpass 100 mph.

The one-of-a-kind roadster had a windscreen from an early Ford V8 that was re-worked to fit the car. The cockpit sits just in front of the rear axle, the bumpers are from a 1946 Pontiac, and the hood is from a 1936 Chrysler. The rear fins are courtesy of 1949 Chevrolet fenders, and the rear deck was originally the hood of a 1936 Ford. The chromed headlight doors are from a 1946 Studebaker and the front grille is that of a 1946 Dodge.

In 1951, these very unique and special car was brought to the Minneapolis Motorama where it was presented the trophy for 'Best All Around Car.' Over the months that followed, Templeton continued to add improvements to the car. He returned to the Twin Cities a year later and was again honored with the same award.

These accolades inspired a great demand for the car. It appeared on television shows in the early 1950s and was brought to special exhibitions. It was used well into the 1970s for political parades where then-current officials used it as a platform to wave to the crowds.

Mr. Templteon was approached by several different automobile-related companies about using the car in their advertising campaigns. It was featured in the March 1954 edition of Ford Times in the Custom Conversions column.

Along with its extensive show tour and political career, it was used by a long line of celebrities. In the early 1950s, it was invited to Hollywood, California, where it was featured at the National Car Show at the Pan-Pacific Auditorium. It was invited to the New York Auto Show by Herb Shriner. It was later used in a number of promotional campaigns related to the Miss America Pageant.

When in Hollywood, it was supposed to have been used in a film with Bob Hope. The film project was scrapped, but legend has it that Bob Hope asked to drive the car and use it as he wished.

After Lloyd Templeton passed away, the car was willed to his local church to use as they desired. It sat outside for over a year and was subsequently purchased by one of Templeton's sons. The current owner purchased the car from that son.

In the car of its current owner, it was given a restoration and was brought back to its original award-winning appearance from when it first hit the show circuits in the early 1950s. Period photos and recollections of those who knew the car were used to complete this overwhelming project.

The car is currently in excellent condition, and powered by the original Mercury V8 engine with all the performance modifications intact.