Sujet:
La Bamba is a 1987 American biographical film written and directed by Luis Valdez that follows the life and career of Chicano rock 'n' roll star Ritchie Valens. The film stars Lou Diamond Phillips as Valens, Esai Morales, Rosanna DeSoto, Elizabeth Peña, Danielle von Zerneck, and Joe Pantoliano.[1] The film also covers the effect that Valens' career had on the lives of his half-brother Bob Morales, his girlfriend Donna Ludwig and the rest of his family. 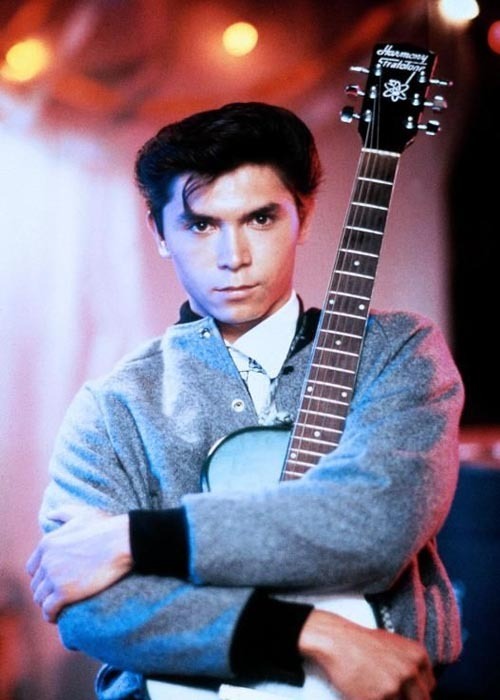 Intrigue:
Richard Steven Valenzuela (Phillips) is a normal teenage boy who becomes a rock 'n' roll superstar under the stage name Ritchie Valens. He meets and falls in love with fellow high school student Donna Ludwig (von Zerneck), for whom he wrote a song that became a number one hit ("Donna"). However, Donna's father is shown as having issues with his daughter dating a Hispanic-American, which causes friction between Ritchie and Donna. The movie also has several subplots, such as his relationship with his mother Connie Valenzuela (DeSoto) and half-brother Bob Morales (Esai Morales), and the jealousy Bob felt toward Ritchie because of Ritchie's success. 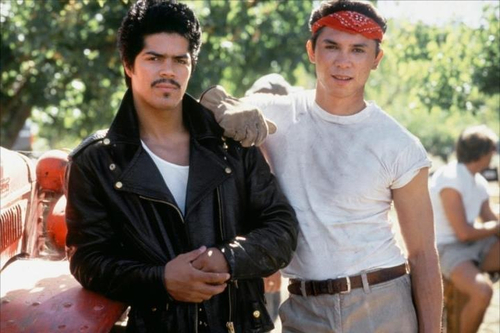 In one scene, Bob won an important art contest that helps promising cartoonists, only to throw away his prize because, in his mind, his mother doesn't seem to care enough. Bob resorts to drinking heavily and, at one point, leads him to end up crying in front of his mother's door, yelling, "I want to see my daughter!" in reference to the child he sired with Ritchie's first girlfriend Rosie (Peña). 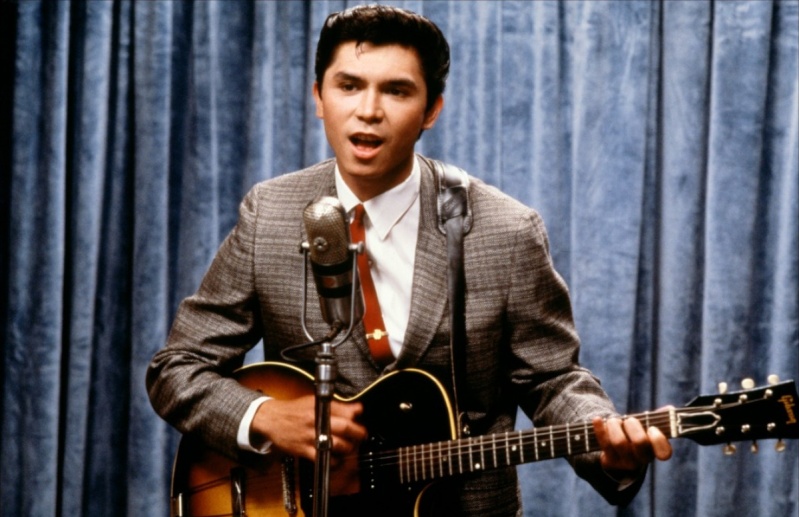 However, when they get an opportunity, Ritchie and Bob sneak out for a good time. On one occasion, they take a road trip to Tijuana, visiting one of the local nightclubs where Ritchie discovers the song that would eventually become his signature song, "La Bamba". 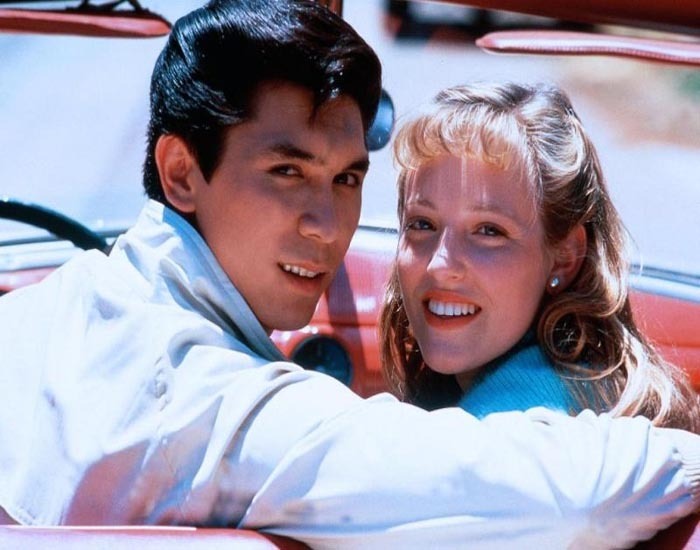 The Valenzuela family (L-R) Esai Morales as Bob Morales, Rosanna DeSoto as Connie Valenzuela and Lou Diamond Phillips as Ritchie ValensThe film also focuses on Ritchie's aviophobia (fear of flying), and a recurring dream he has as a result of a midair collision between two planes that actually occurred directly over Ritchie's school, in which Ritchie's best friend was crushed to death by one of the fallen aircraft (Ritchie was absent from school that day to attend his grandfather's funeral). Eventually, Ritchie must conquer his fear when asked to perform his song "Donna" on American Bandstand. Ritchie's record producer and manager, Bob Keane (Pantoliano), helps him by giving him a little vodka to calm his nerves during the flight to Philadelphia for the Bandstand appearance. 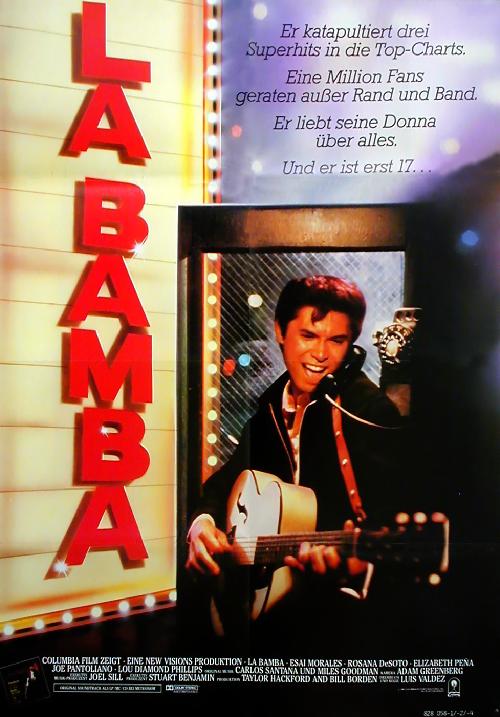 As Ritchie becomes more famous, his responsibilities change. He has to go on the ill-fated Winter Party Dance Tour with Buddy Holly (Marshall Crenshaw) and "The Big Bopper" (Stephen Lee) after his hits, "La Bamba" and "Donna", reach the top of the Billboard charts. 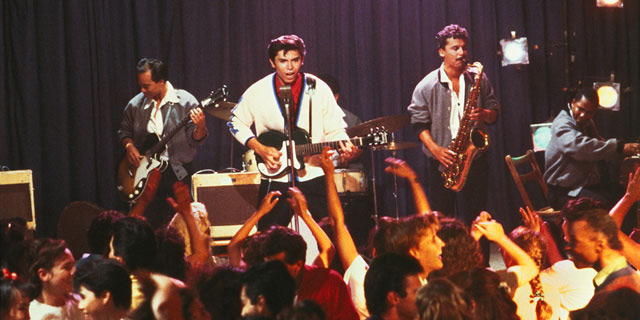 Valens, Holly, and Bopper take off in an airplane during a snowstorm for their fateful flight on February 3, 1959 (the night that came to be known as "The Day the Music Died"). Before the ill-fated flight, Ritchie makes a call to his brother, wherein they patch up their differences. He even invites Bob to fly out to Chicago to join the tour for family support. 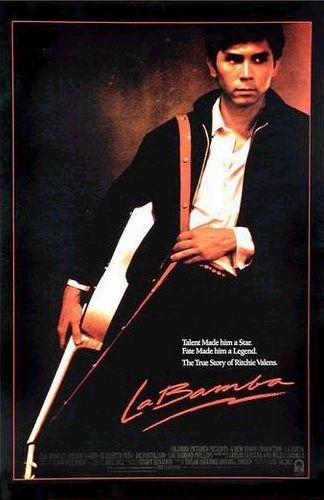 The next day, as Bob is fixing his mother's car, he hears the news bulletin on the radio that his brother's plane crashed without any survivors. Bob darts out of his driveway in an attempt to get to his mother before she hears the bad news through the radio. Unfortunately, by the time he gets there she stands immobile. The news hits the Valenzuela family, Bob Keane, and Donna very hard. In the final scene, the cars to Ritchie's funeral are shown driving slowly and Bob is seen walking over a bridge and screaming out Ritchie's name, remembering all the good times they had together (in flashback), accompanied by the instrumental Sleep Walk. 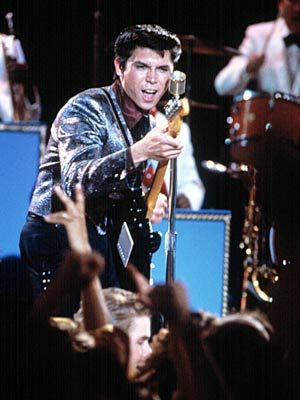 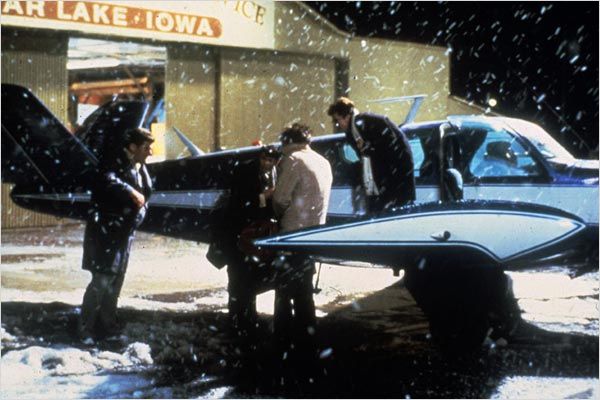 Concepcion Valenzuela (the real Connie Valenzuela, Ritchie's mother) as the older woman sitting next to Ritchie at a party
Daniel Valdez (Luis' brother) as Ritchie's Uncle Lelo
_________________
We don't care the People Says , Rock 'n' roll is here to stay - Danny & the Juniors - 1958