https://en.wikipedia.org/wiki/Pontiac_Bonneville_Special
The Pontiac Bonneville Special is a Pontiac concept car unveiled at the General Motors Motorama in 1954, the first 2-seat sports car prototype the Division had ever produced. Conceived by renowned designer Harley J. Earl and hand built by Homer C. LaGassey Jr. and Paul Gilland, the "Special" is a grand touring sport coupé that incorporated innovative styling like a Plexiglas canopy with gull-wing windows on a sleek fiberglass body.

The name "Bonneville" was meant to convey high performance, inspired by a trip Earl had taken to Bonneville Salt Flats in Utah to observe speed trials there.[2] It was the first GM vehicle to carry the name, subsequently given to the Division's full-size performance car, the Bonneville, which carried it for 47 years.

Two "Special" prototypes, one painted metallic bronze and one emerald green, were built in order to unveil them simultaneously at the Grand Ballroom of the Waldorf in New York and the Pan Pacific Auditorium in Los Angeles in 1954. 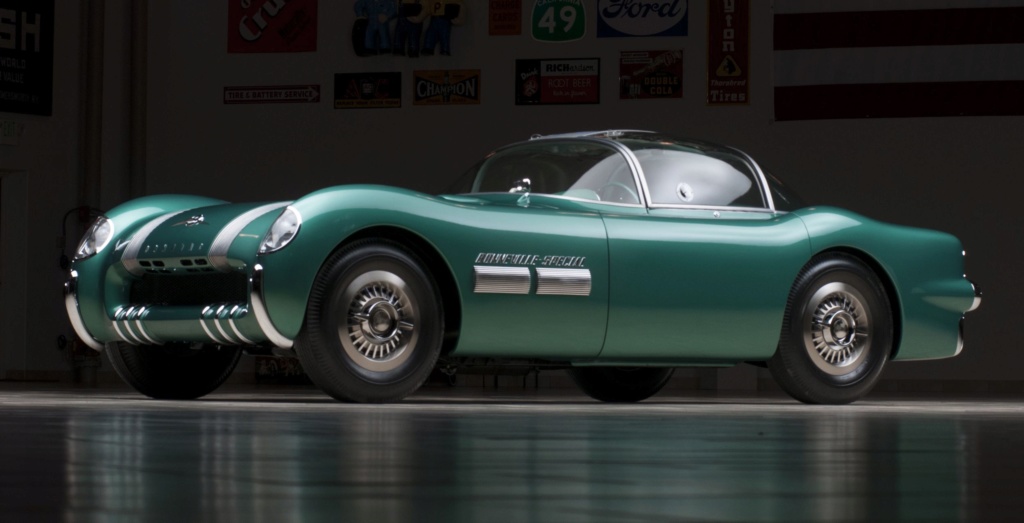 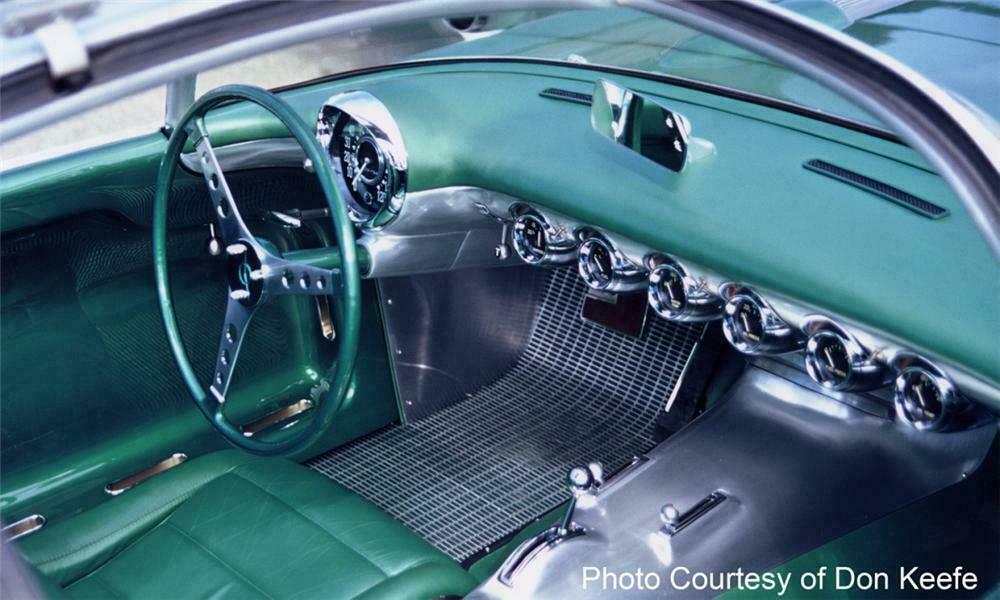 The exterior design of the "Special" was an amalgamation of advanced European sports car styling in front and a rear betraying America's 1950s fascination with the Space-age, complete with a recessed circular spare tire enclosure flanked by protruding top-to-bottom tailfins that gave the car a rocket-powered appearance. A wind tunnel helped sculpt the lines, and high-tech brightwork garnished the body, hood and grill. Glass covered recessed headlights, two banks of rectangular louvers on the fenders, and twin Pontiac "Silver-Streaks" on the hood that lead to functional air scoops served as accents.
Interior 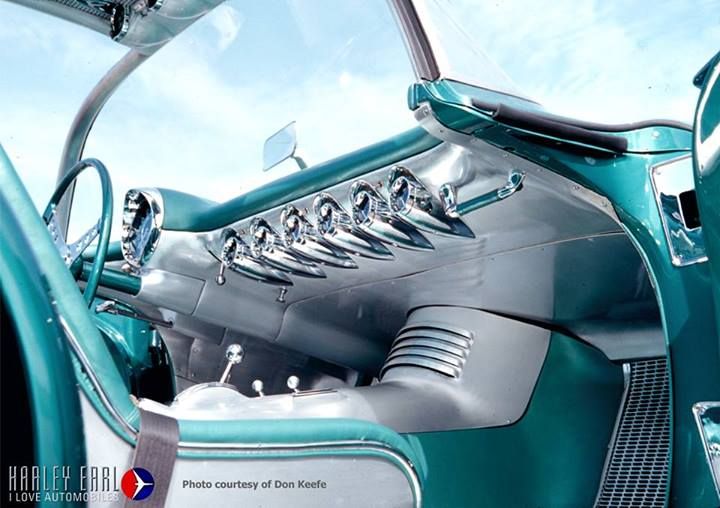 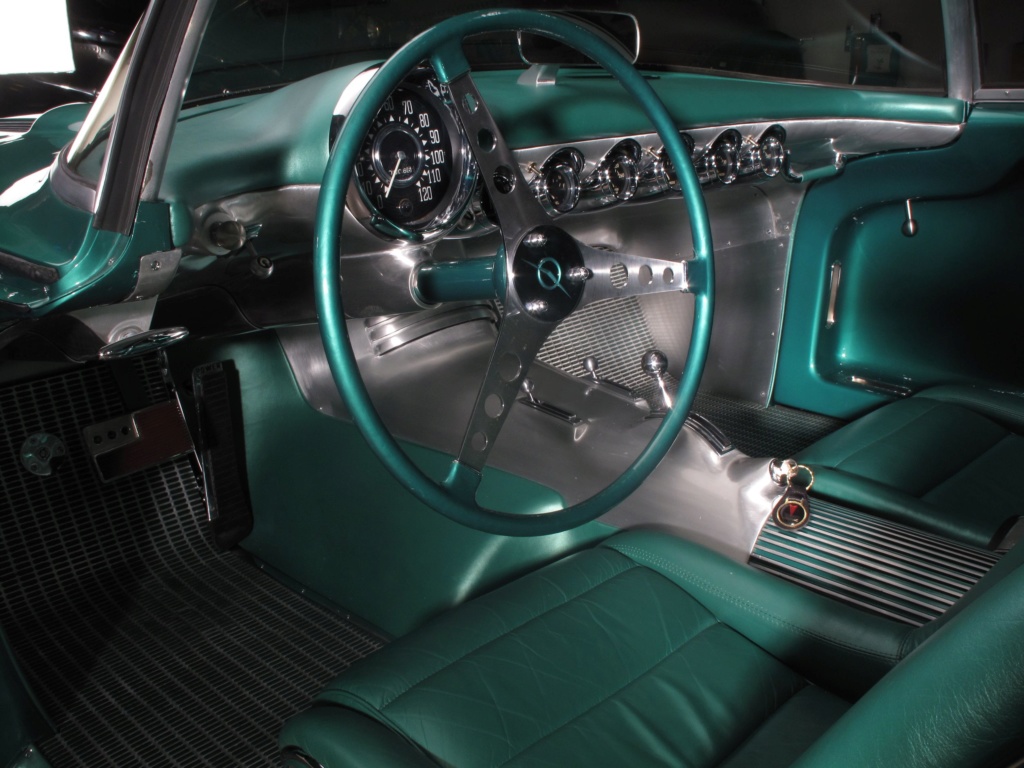 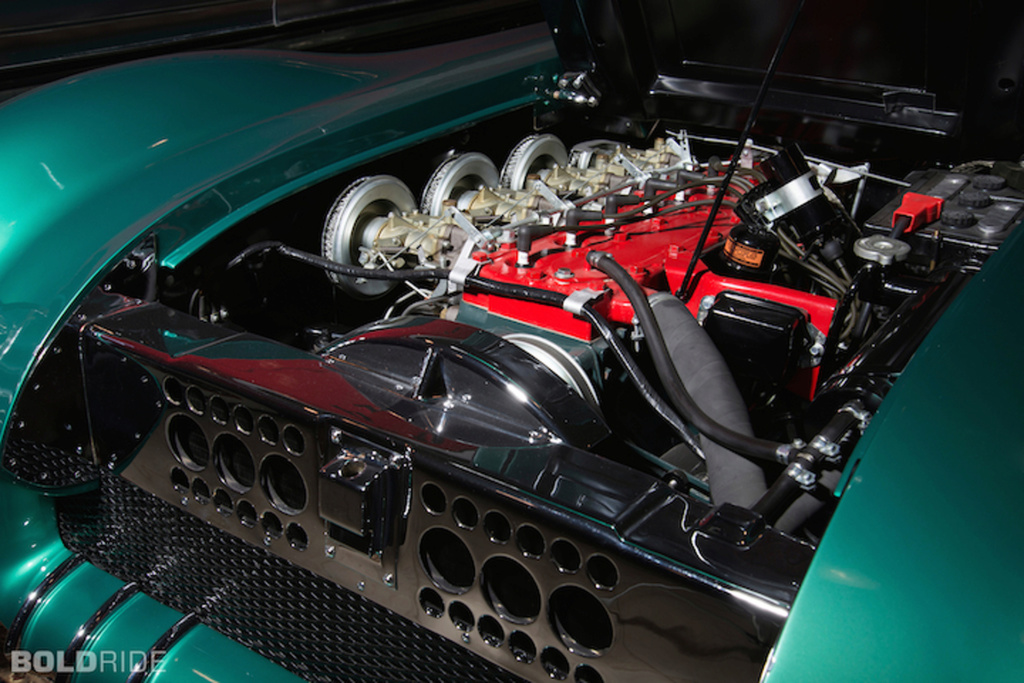 Design carry-overs from the Bonneville Special quickly made it into the next year's production models, and in those to follow. Most conspicuous were the silver-streaks, which appeared both front and rear on the 1955 and '56 Chieftains and Star Chiefs, as well as Pontiac's concept car for 1956, the Club de Mer. Twin scoops designed to channel cool air into the driver's compartment also appeared on the Club de Mer, and resurfaced over a decade later on the 1967 Firebird and 1968 GTO. The horizontal fender louvers appeared as vertical slits on the 1957 Star Chief Bonneville and 1965 2+2. The bold tail fins were softened and adapted on 1955 and '56 Pontiac models. The 1958 Bonneville's instrument panel borrowed the Special's sleek stainless steel style, and the finned wheel covers became a design cue for Pontiac's famous 8-lug, aluminium rims introduced in 1960.
Engine 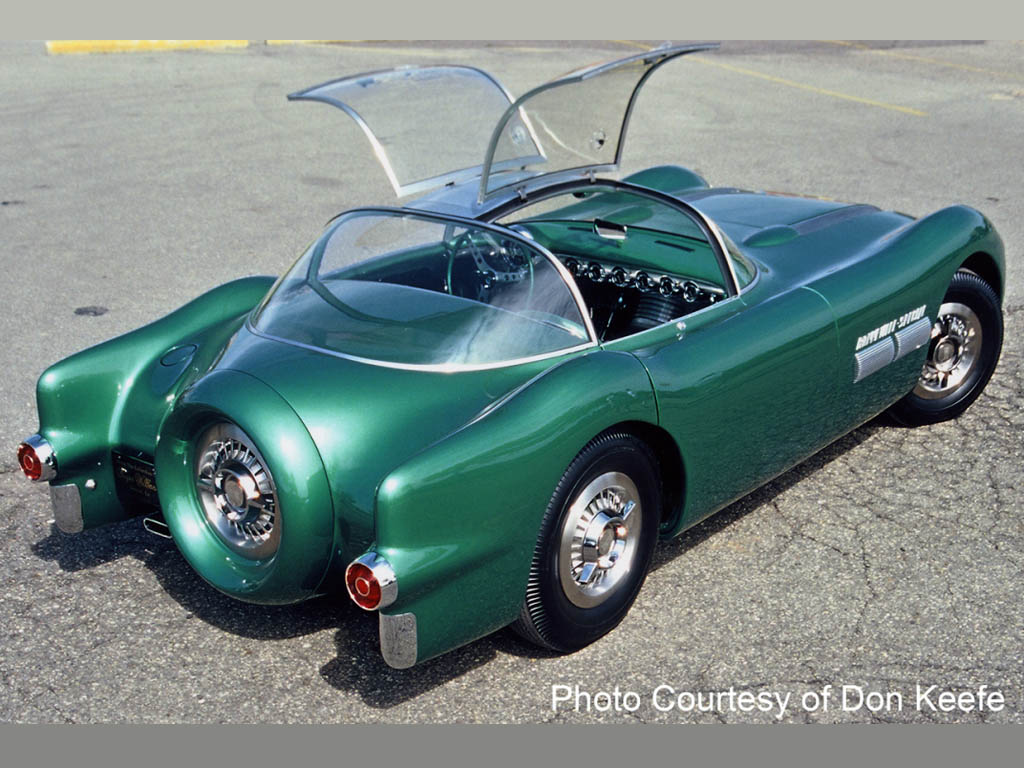 The Bonneville Special was powered by the "Special"-8, a bored out, high compression 268 in³ Pontiac Straight-8 unique to the pair of show cars. Modifications included a long-duration cam and four Carter YH side-draft single barrel carburetors breathing through open-mesh race-style screens. Total output was the highest ever for the "eight", rated at 230 bhp (172 kW), though some[3] estimated it at nearly 300 bhp (220 kW). 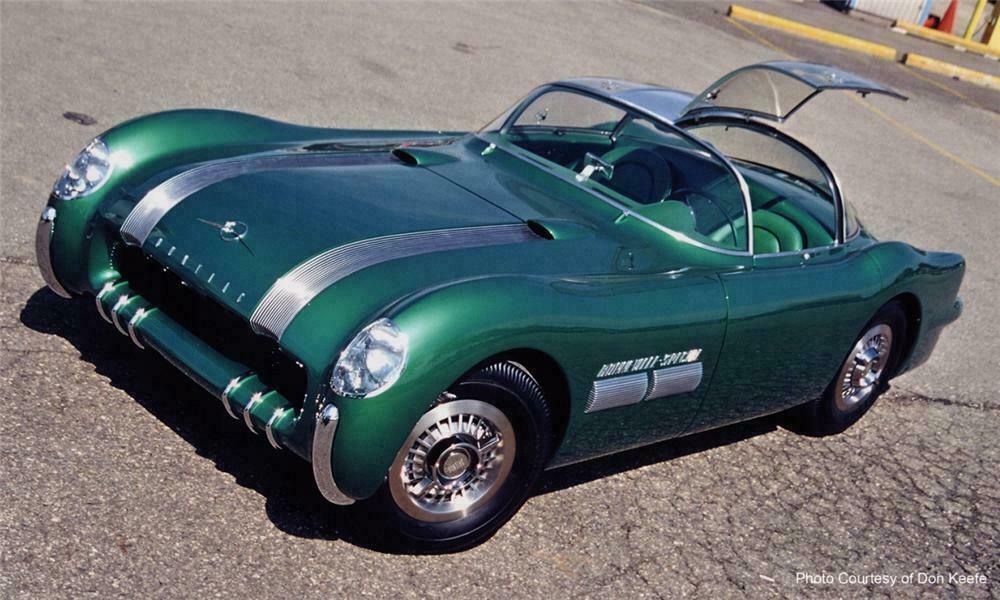 Sharing the Silver Streak name used for the flathead straight-8 that powered production cars, it was Pontiac's most powerful engine to date. Painted bright red and detailed in chrome in the show cars, it was coupled to a 4-speed Hydramatic automatic transmission.

Throughout the American auto world straight-8s were giving way to V8s. Pontiac's was far enough in its development to be considered for the "Special", but was held back by GM marketing, which wished to keep it a secret until its consumer debut the following model year.[3]
_________________
We don't care the People Says , Rock 'n' roll is here to stay - Danny & the Juniors - 1958

As of 2008, both cars still exist. The all-original bronze "Special" belongs to a Highland Park, Illinois, collector, who claims it is so authentic that 90% of the air in the tires, with the exception of a few top-ups, is from 1954.[3]

The green "Special" was completely restored and sold for $2,800,000 to an anonymous buyer at the 2006 Barrett-Jackson Collector Car Auction.[5] 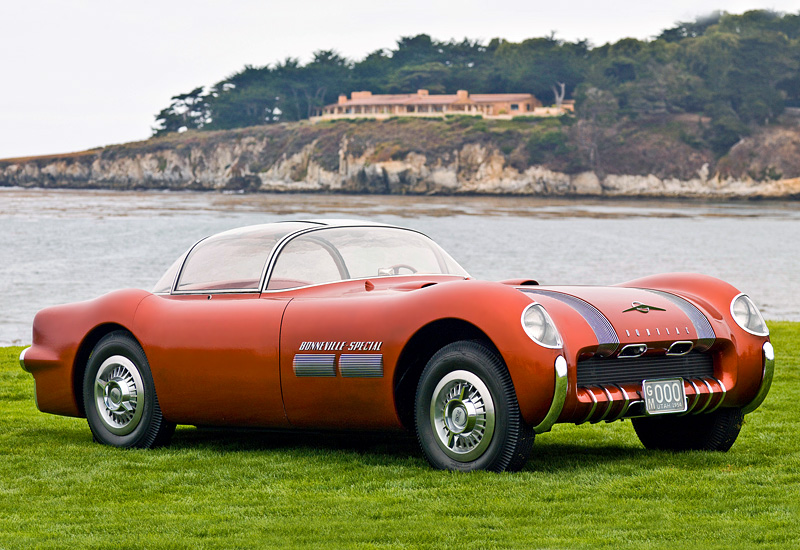 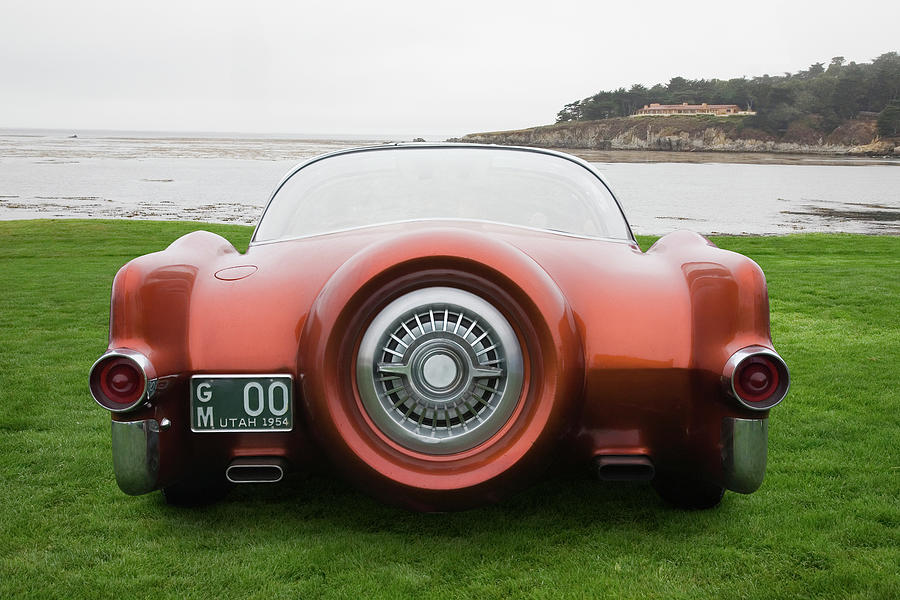 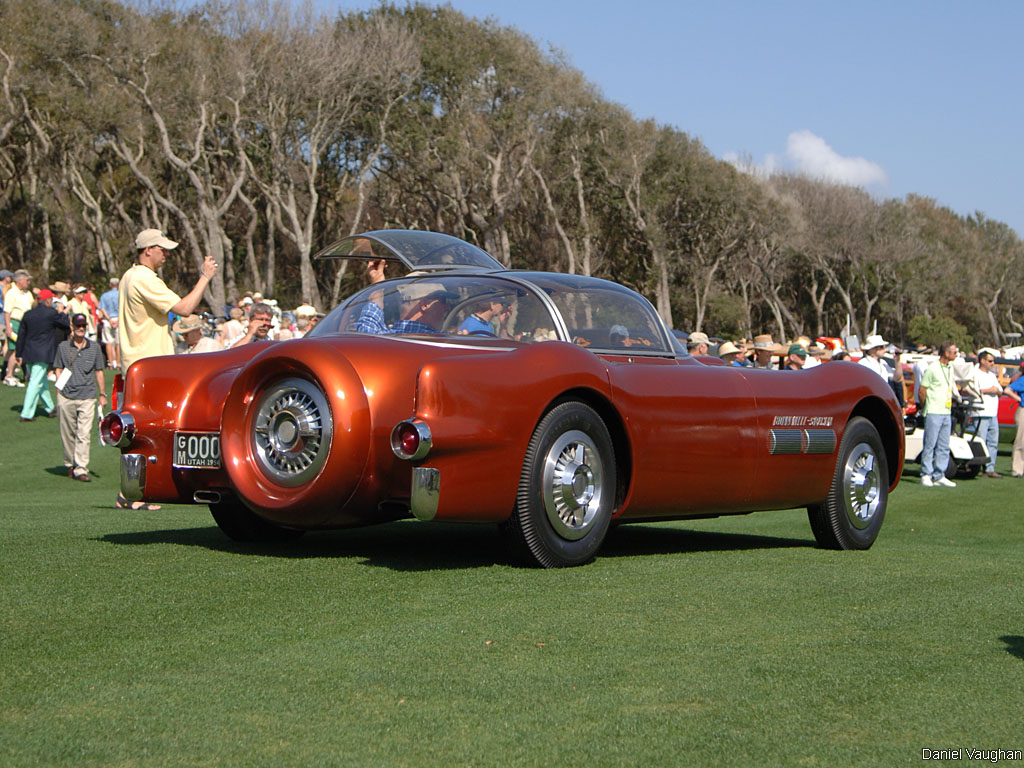 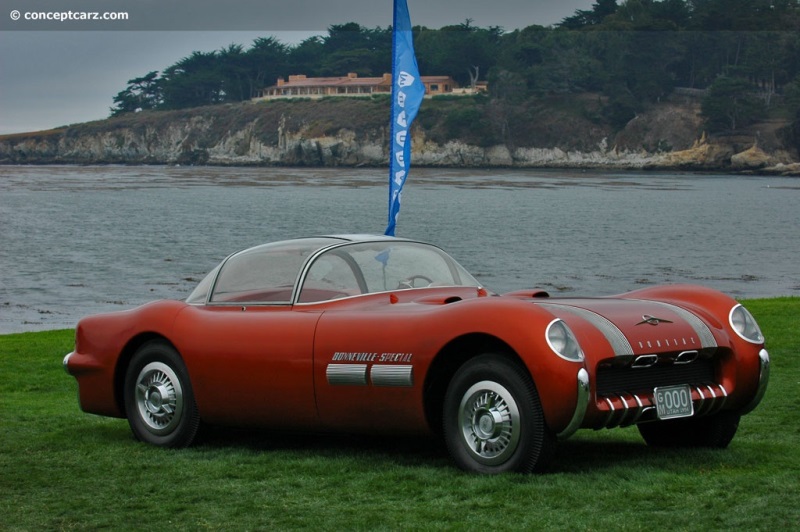 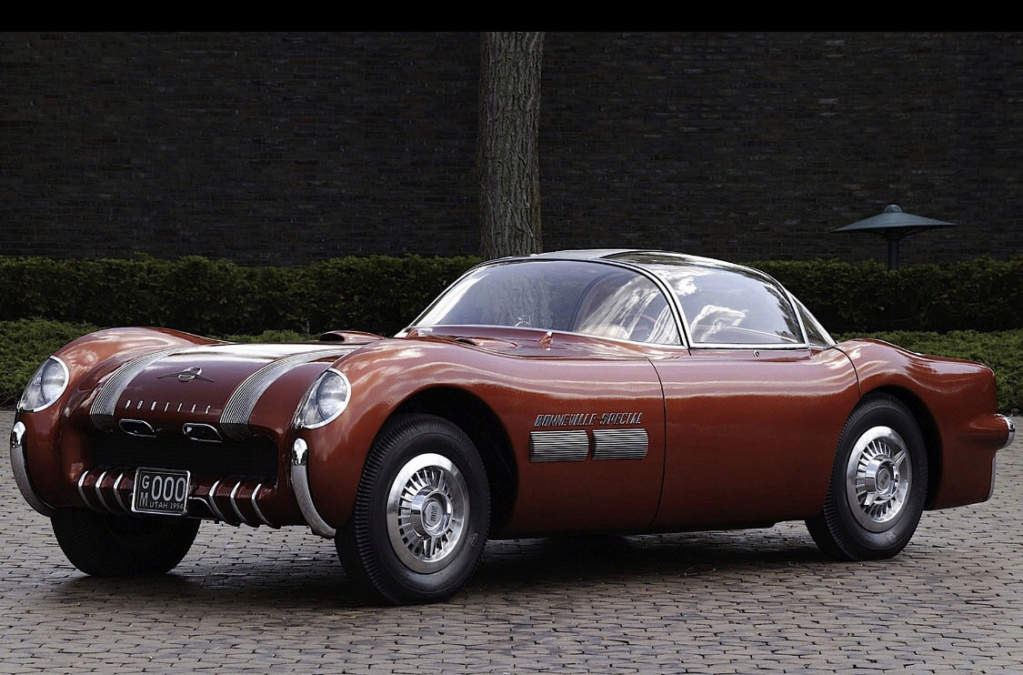 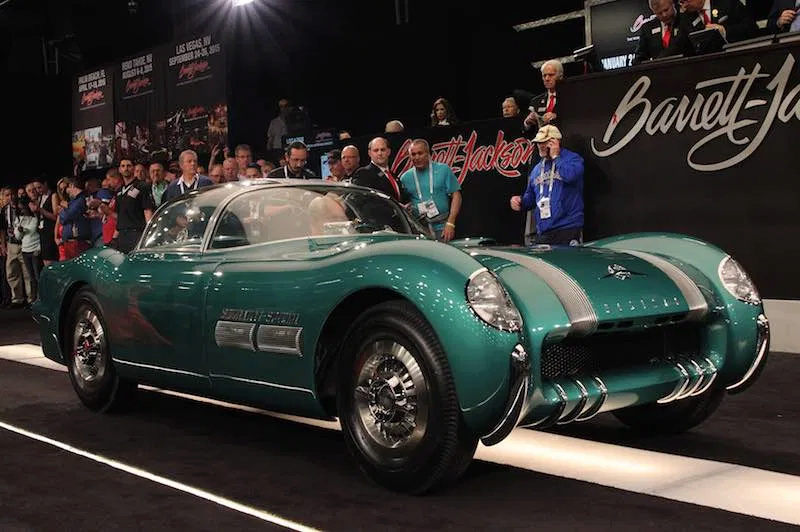 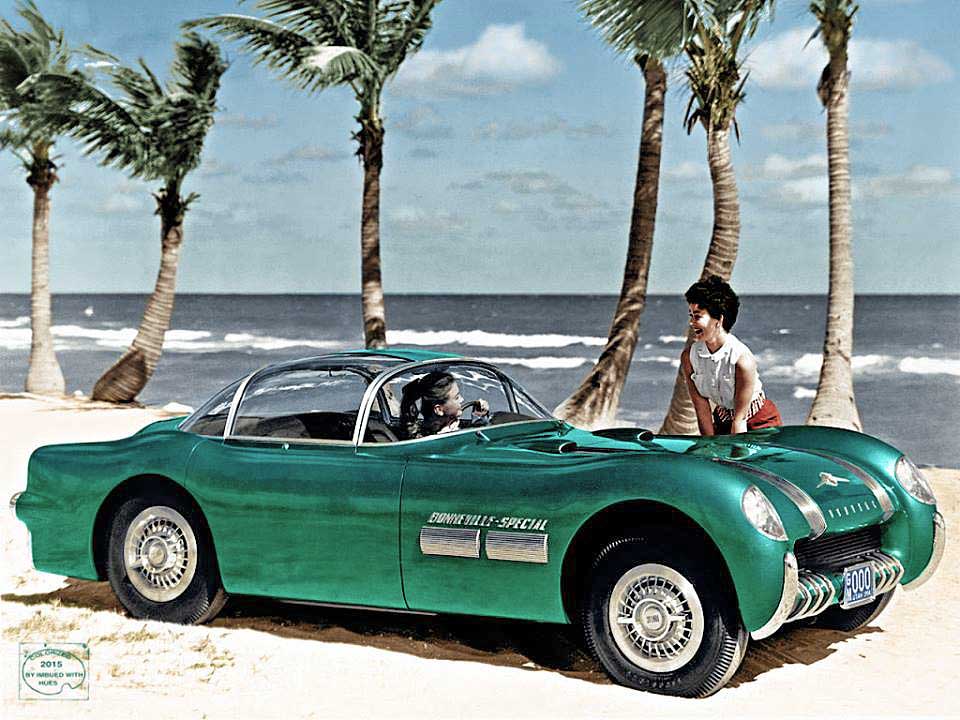