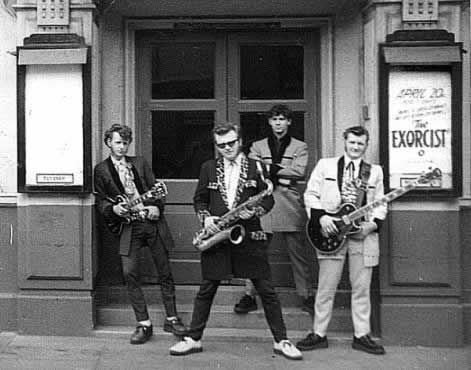 Britain is renowned for its coastal resorts, one of which is certainly alive, Cleethorpes, 200 miles north of the bustle London and situated on the south side of the river Humber. The activity in this resort is generated by a package of four guys who together form the most underrated rockin' outfit, namely The Riot Rockers. November 1973 heralded the formation of this outfit; it was formed of a remnant of a band named "Johnny And The Blue Cats", Johnny Fox, the vacalist, and Ray Firth, the lead gitarist. To these two John 'Reg' Scargall was added on bass. John had already played rock 'n' roll with Johnny and Ray way back in 1965. Since the formation, various drummers have served with the outfit. At one stage, Johnny Fox played the drums and sang, giving a Johnny Burnette arrangement. 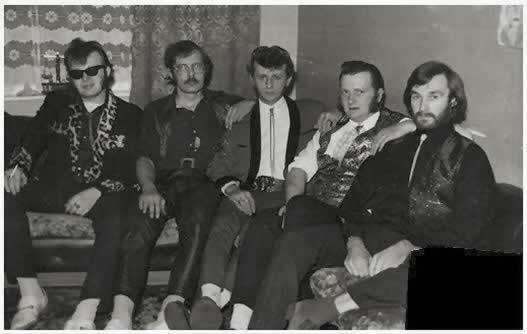 For a brief period there was another ex-Blue Cat, the pianist, who subsequently left at Christmas 1974. Despite these line-up changes, the abnd struggled on and remained on the road. In early 1975, a young drummer named Paul Whittingham gave the band new blood. He was molded to shape and completed the best known Riot Rockers line-up. Once this line-up was accomplished the band diversified from main stream rock 'n' roll to incorporate rockabilly on their repertoire. Charlie Feathers, Carl Perkins and others who recorded for Sun Records must have been biggest favourites. During a skiffle routine, Johnny Fox strum his thimble clad fingers across a washboard.Raucous tenor sax playing can also be heard in the Riot Rockers programme, for Johnny also learned the basics of 'blowing'. 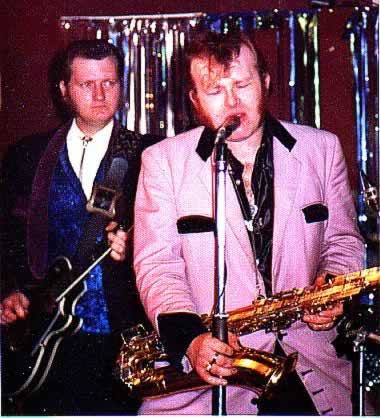 The Riot Rockers were strongly influenced by sounds of steam locomotives and under their pelts these guys had a few compositions of thier own to show it. In some of these numbersyou can hear a conception in rockin' music and that is 'skifflebilly'. Skifflebilly is a merger between the sounds of American rockabilly and UK skiffle. The Riot Rockers are great admirers of their contemporary friends Crazy Cavan & The Rhythm Rockers, the Crazy Rhythm outfit from South Wales. It was probably the raw sound of Cavan's 'Crazy Rhytm' LP on Rockhouse Records which primarily made the south Humberside guys decide to add their name to the Dutch Rockhouse roster. 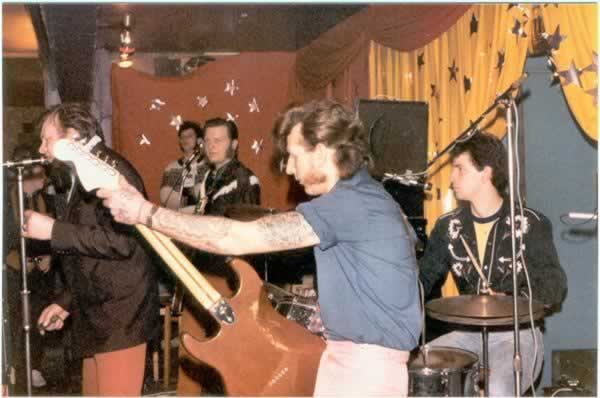 The Riot Rockers have topped various bills throughout the length and breadth of the United Kingdom, including the famous Lyceum in London. In late 1975 the band was honoured to support one of their idols, the king of Skiffle, Lonnie Donnegan. In february 1976 the guys sailed away to the Hard Rock Cafe, Copenhagen, Denmark, for their first overseas venture, where they enjoyed tremendous succes. 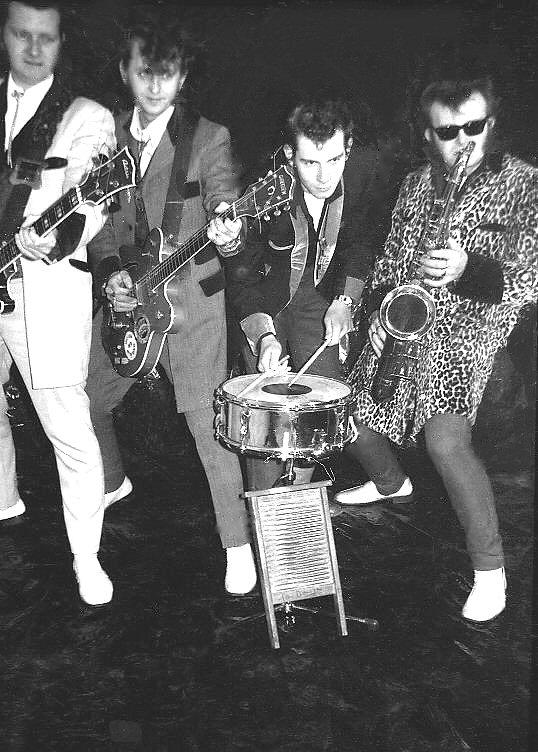 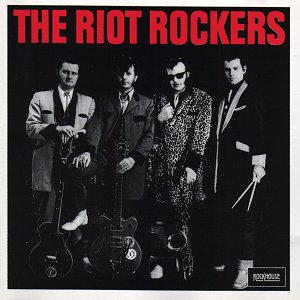