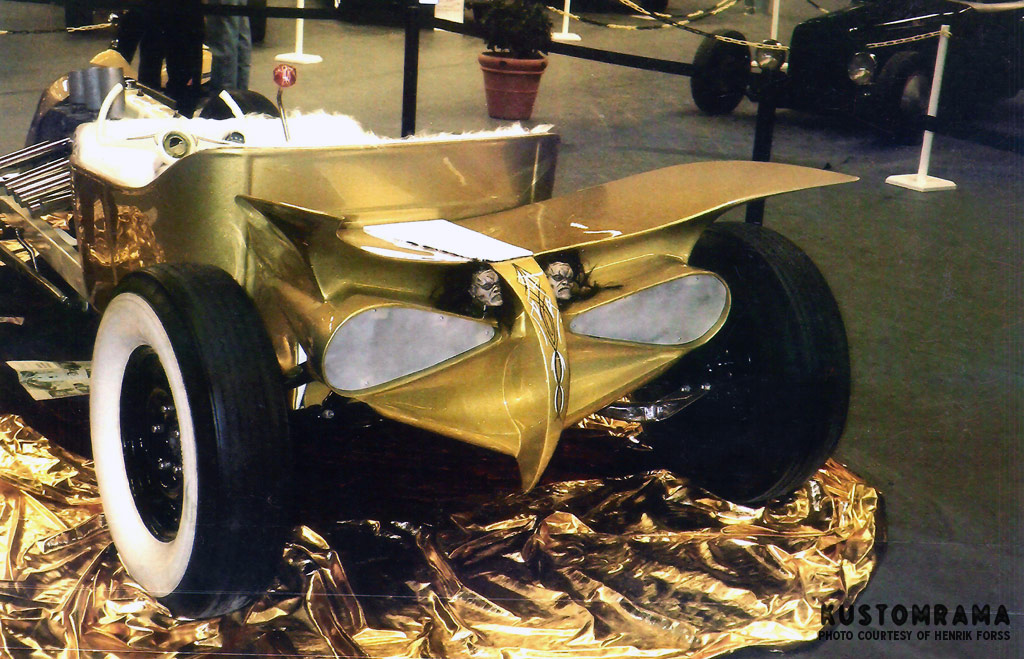 After the summer-season of 2001, Hank tore the bucket down in order to turn it into a show rod; "I wanted to have it done in time for a car show held in Fryshallarna. I worked day and night the week before the show in order to complete the build. Ola Thorslund helped out, giving me ideas and advices, and my good friend Andreas Nygren came up from the Southern parts of Sweden to dedicate a week of hard work and hard drinking with out basically any sleep, all necessary to get the bucket T sanded, prepped and painted for the show." Hank hand-formed the entire rear end body of the car in steel. The rear end resembled a narrowed 1959 Chevrolet Impala, and it featured fogged plastic taillights lenses. The body was painted Gold metalflake, while the firewall and engine were painted white; "After laying 20 layers of metalflake, I needed 10 liters of clear paint to make it flow." The engine ran short chromed exhaust stacks and three carburetors. The upholstery consisted of White angel hair, an enormous gear shifter and a cut down steering wheel. Ola Thorslund pinstriped the car for Hank. The build was completed the night before the show, and Ola helped Hank trailering the car over to the show. Hank arrived at the show with a bottle of wine in the afternoon, completely shot! At the show, Hank's show rod won a special price from Olle Thorslund. The award was to have the entire front end chromed. The chromed front end was assembled and mounted, but Hank sold the car to Finland before he got it back on the road. The car has been in stored away since it came to Finland.[1] 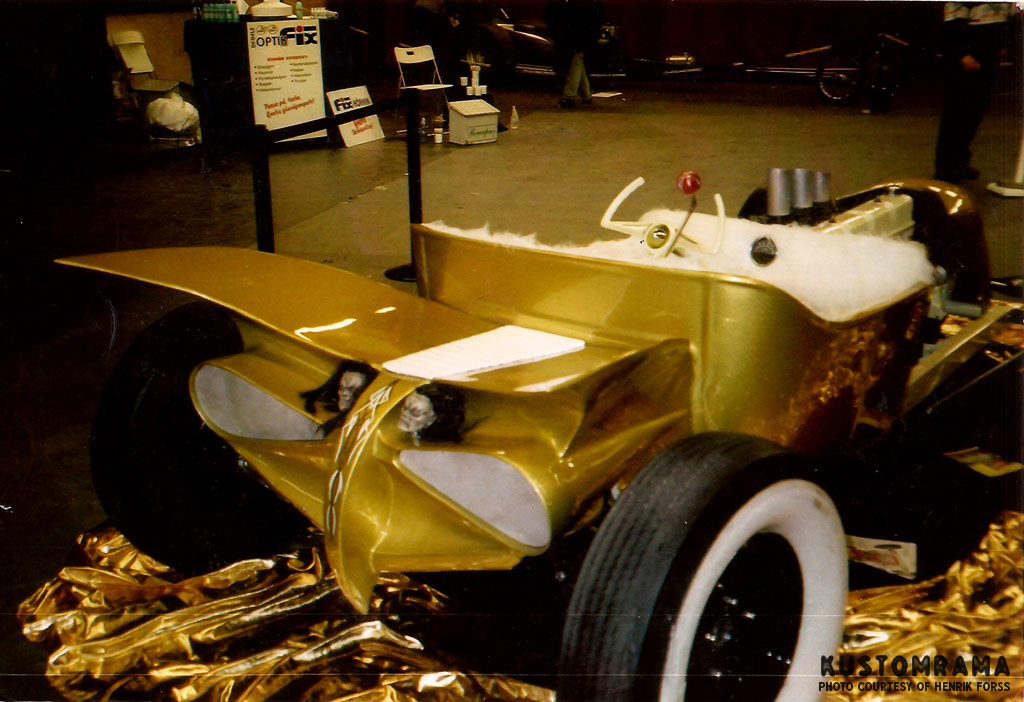 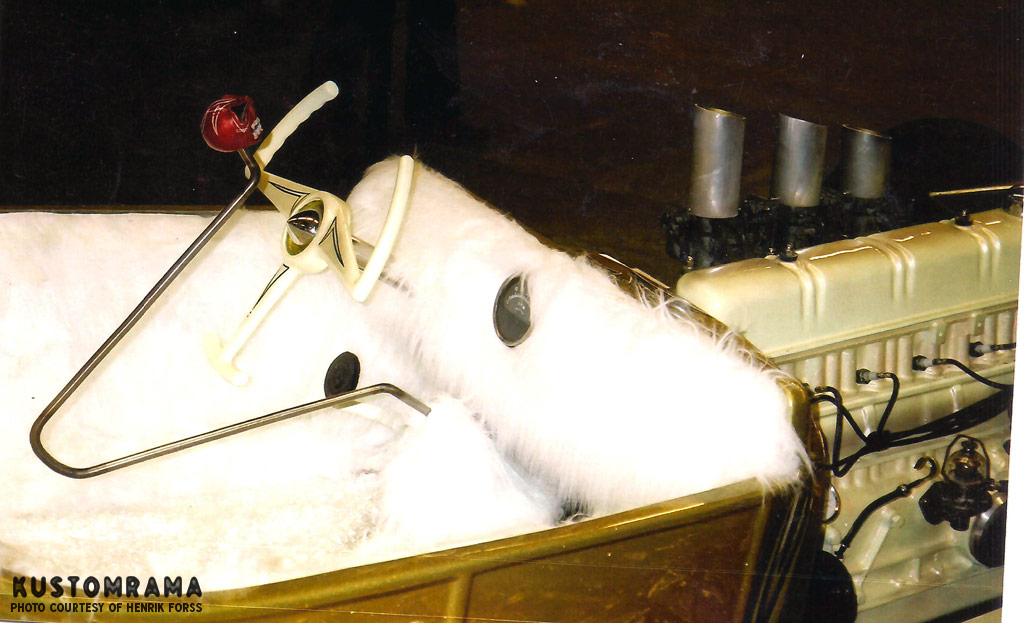 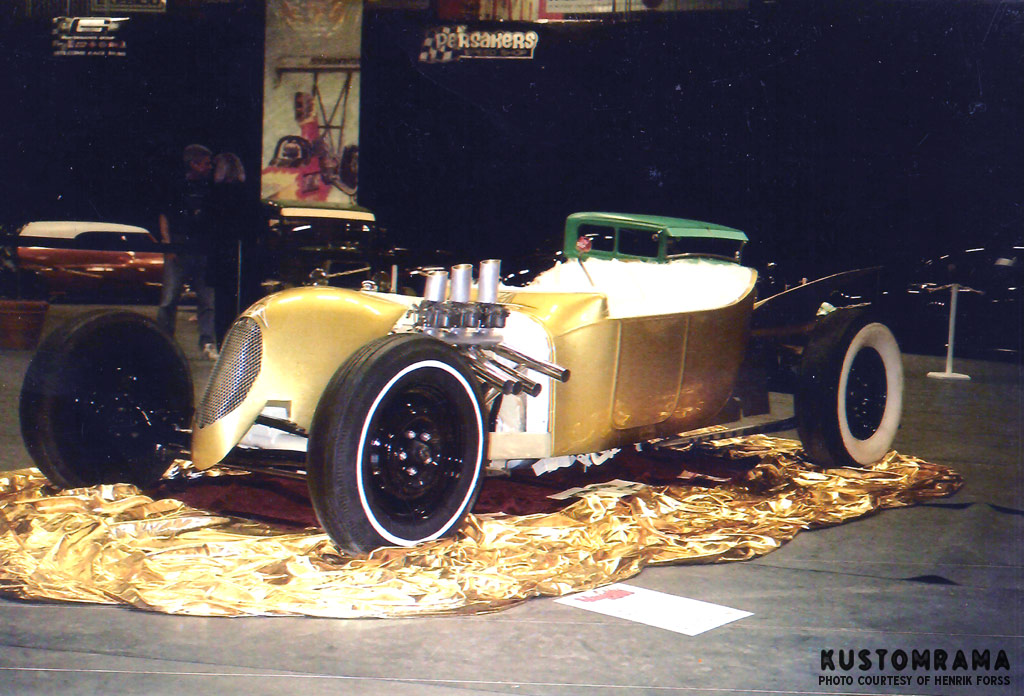 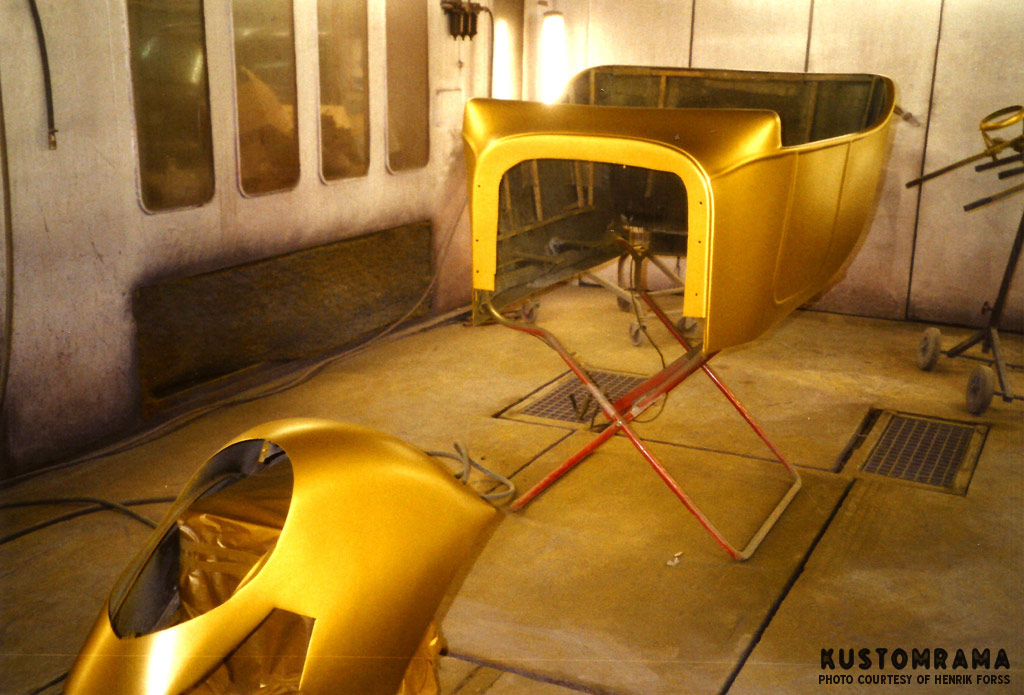