1953 Studebaker owned and restyled by Swanx of Oakland member Gary Elmore of Castro Valley, California. Gary was a sheet metal mechanic for several airlines, and he and a couple of friends performed all the work on the car themselves.[1] The back of the car was modified to fit 1959 Studebaker Golden Hawk fins and 1958 DeSoto quad taillights. The front and rear pans were reworked and fit with matching grills. The headlights received scalloped shades that were extended forward of headlight, using Plymouth rings. Scoops were grafted onto the hood, above the deck lid and on the fenders. Inside, the Studebaker received a custom interior made out of Terra Cotta and white Naugahyde. The car was painted a Candy Apple Tangerine in one of Gary's buddies garage. This version of Gary's Studebaker gained national recognition when it was featured in Car Craft August 1961.[2] 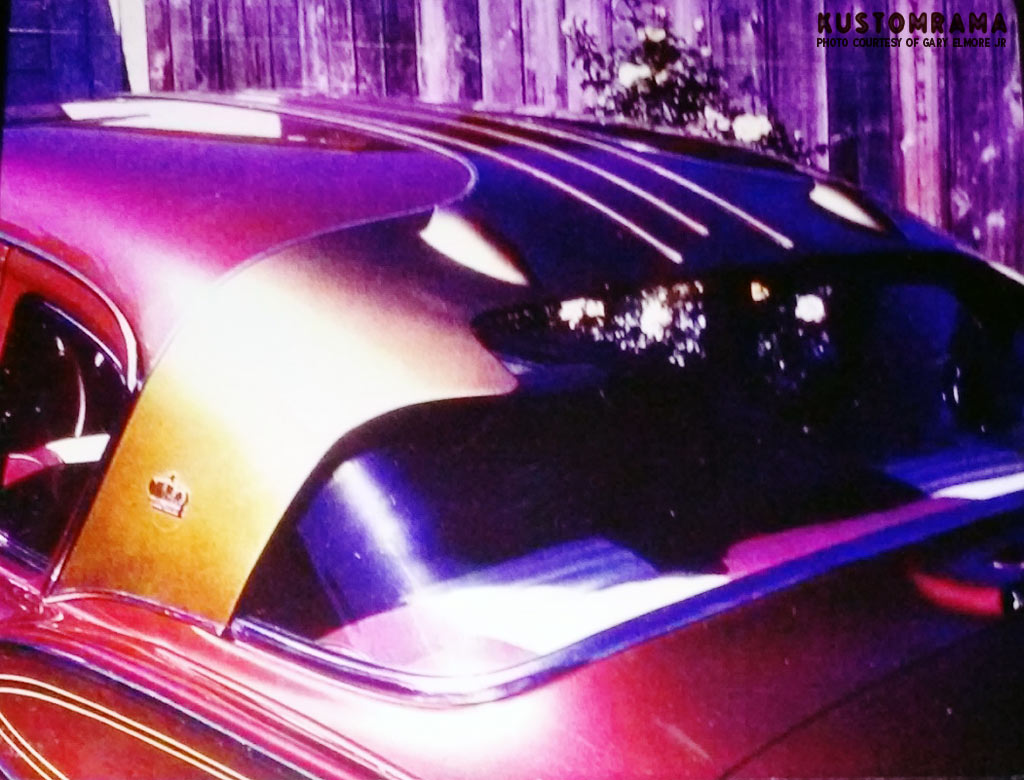 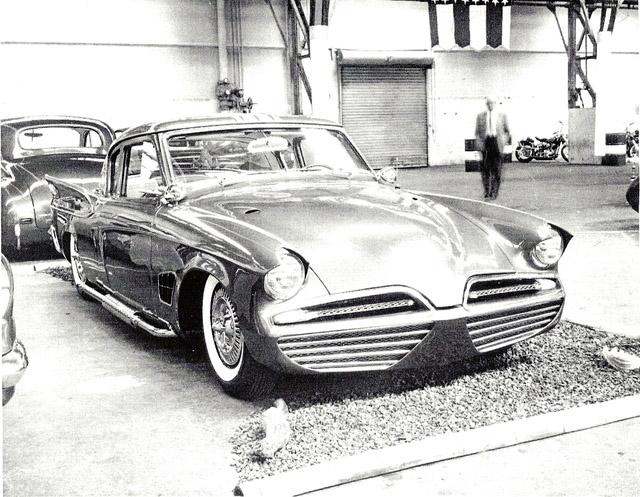 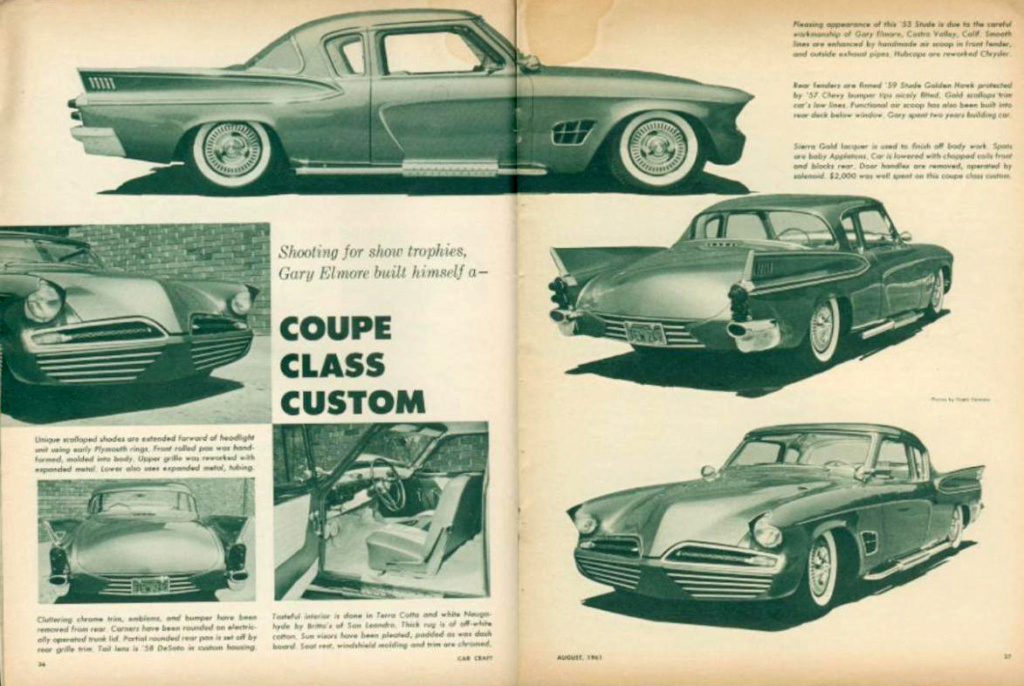 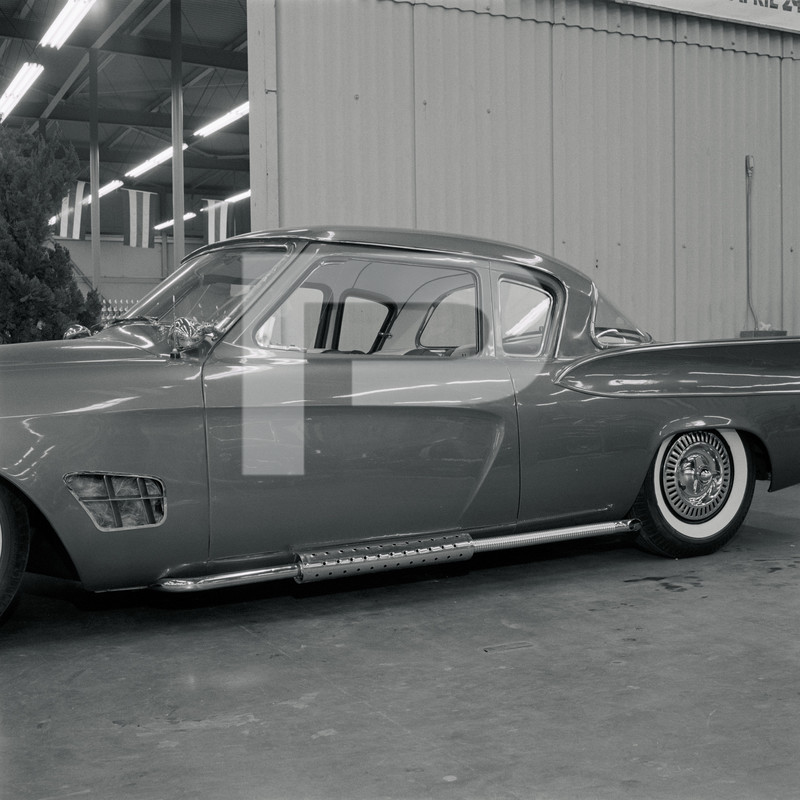 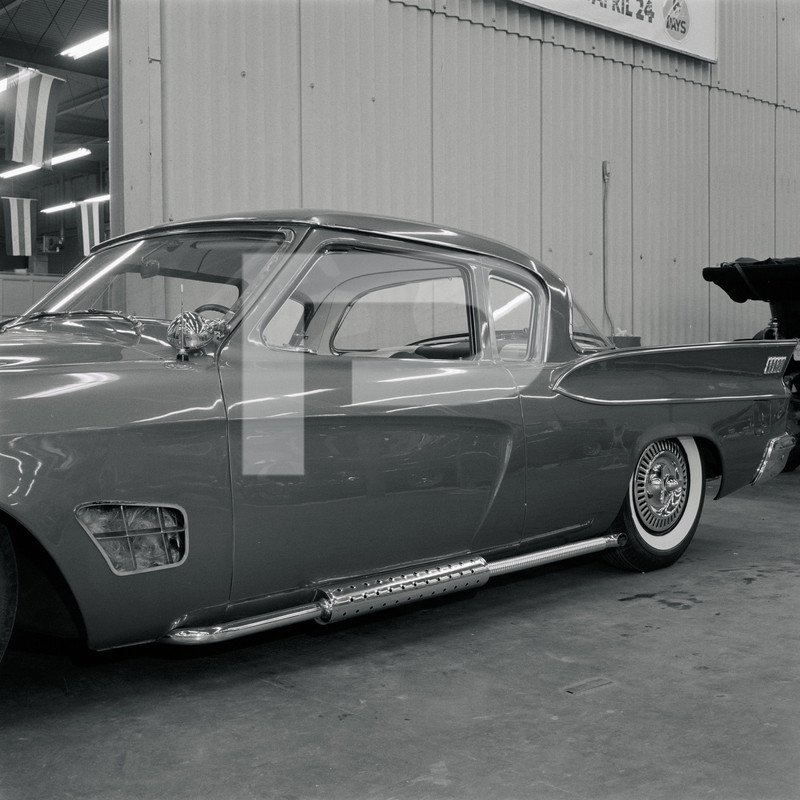 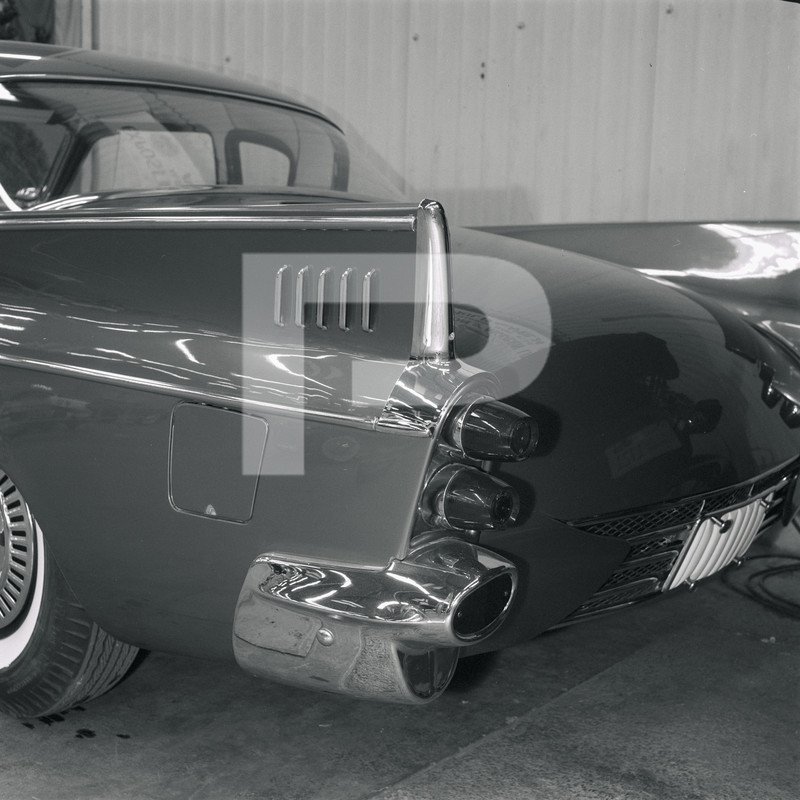 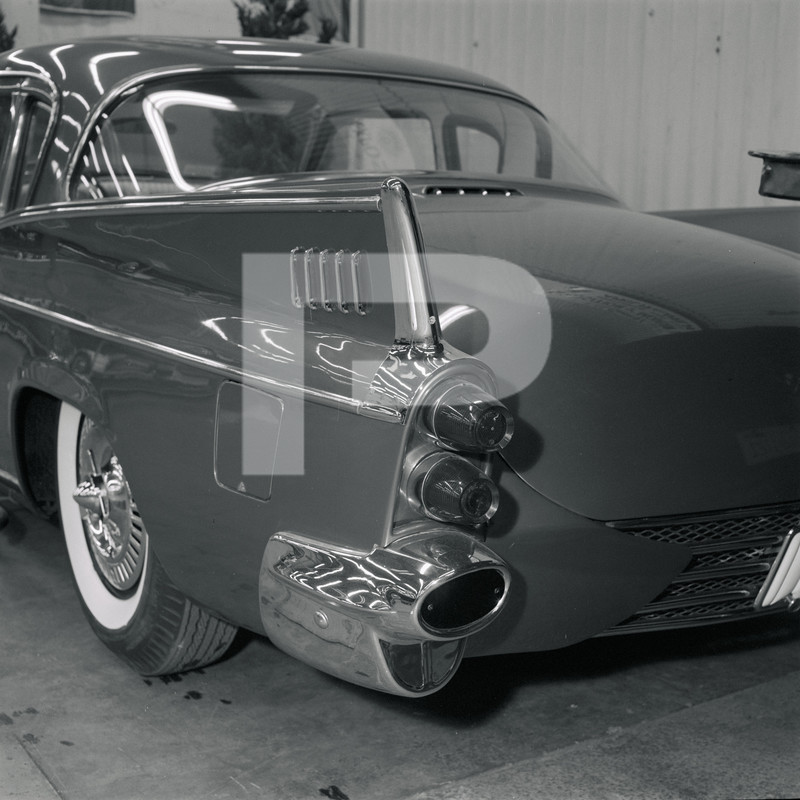 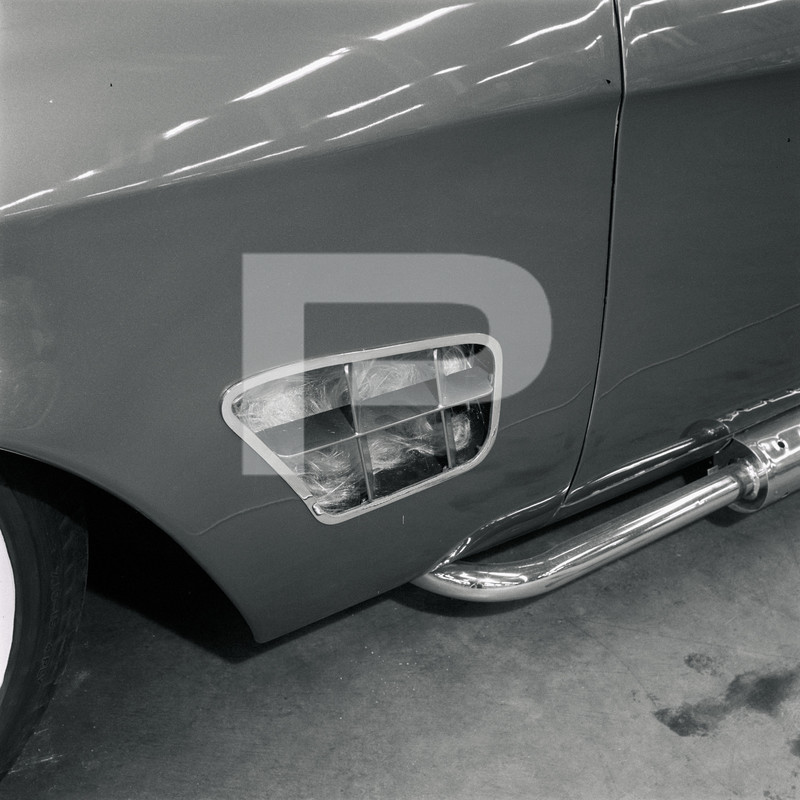 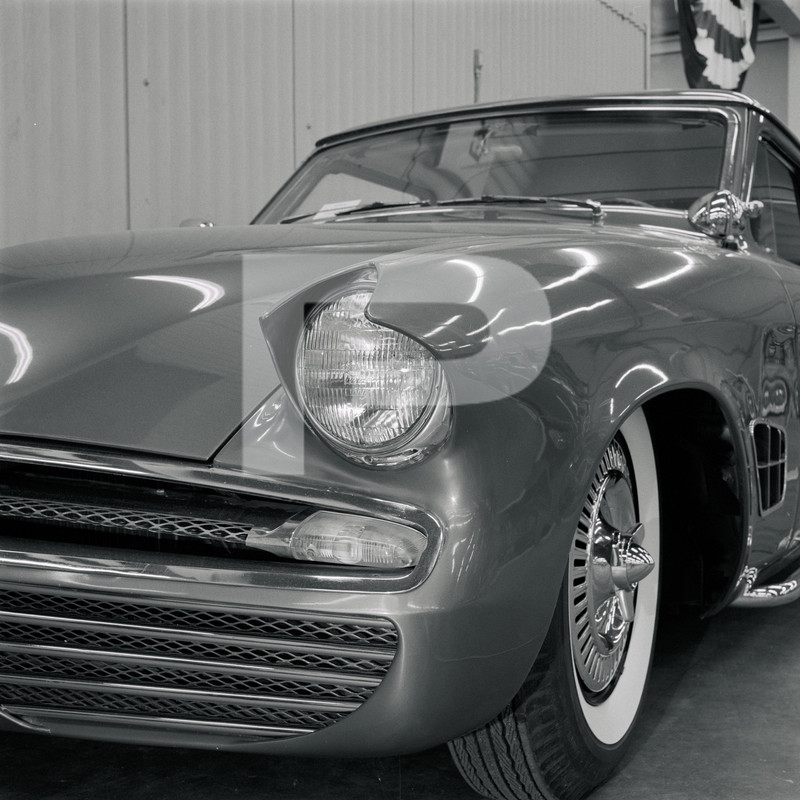 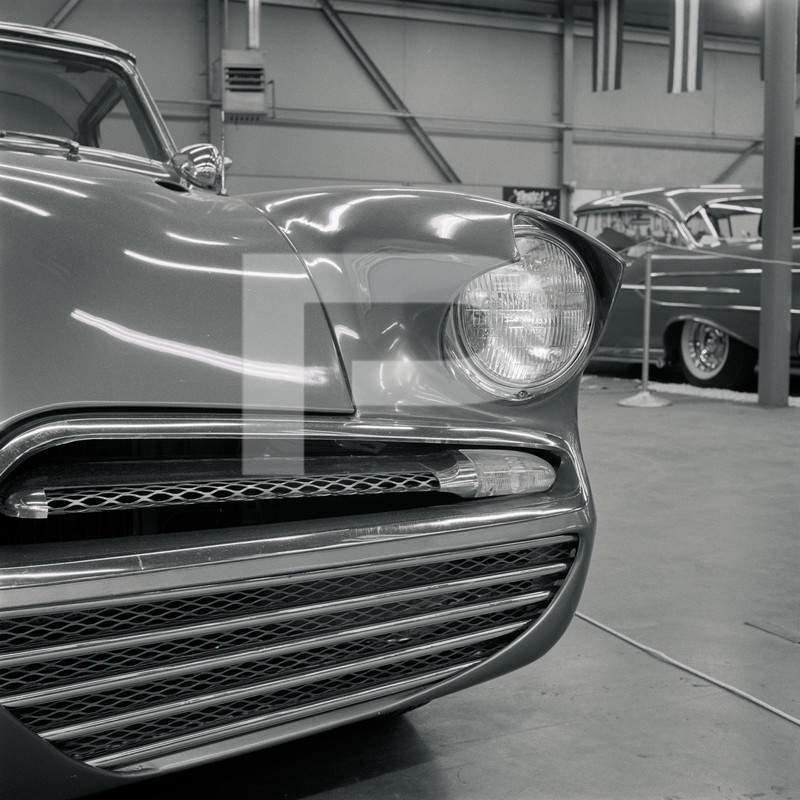 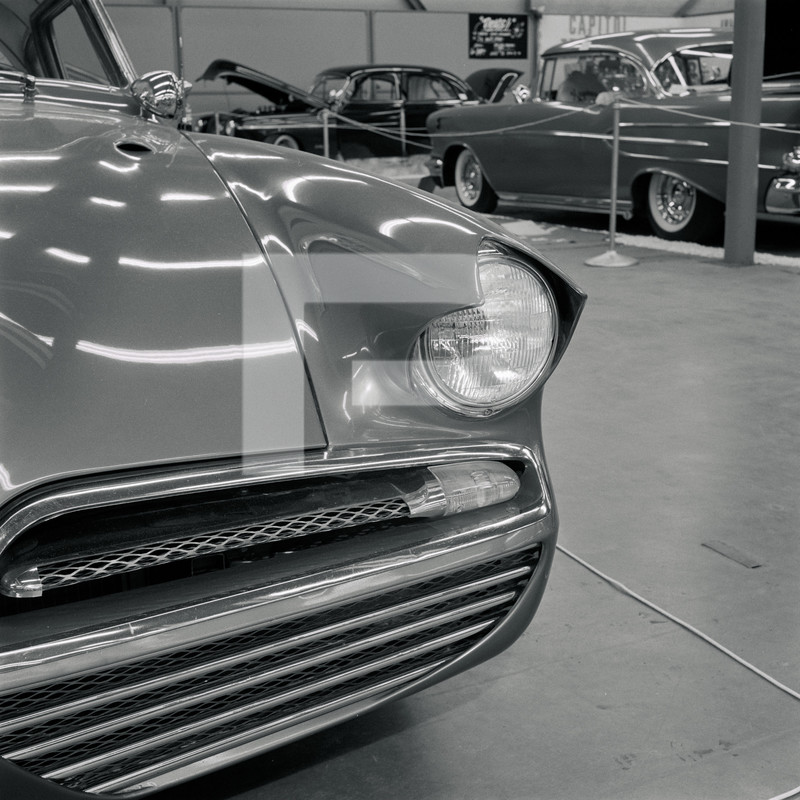 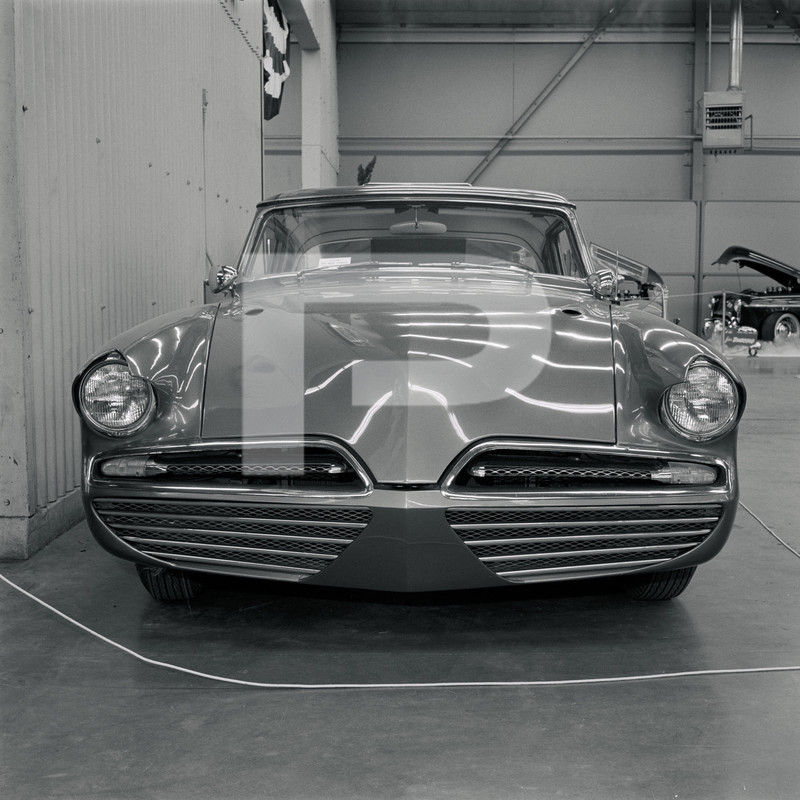 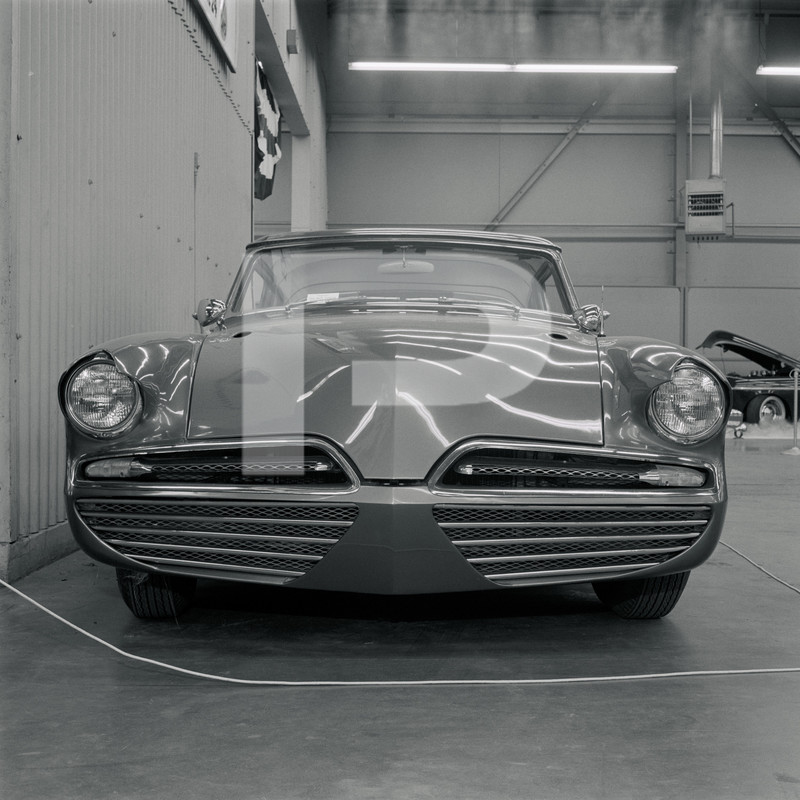 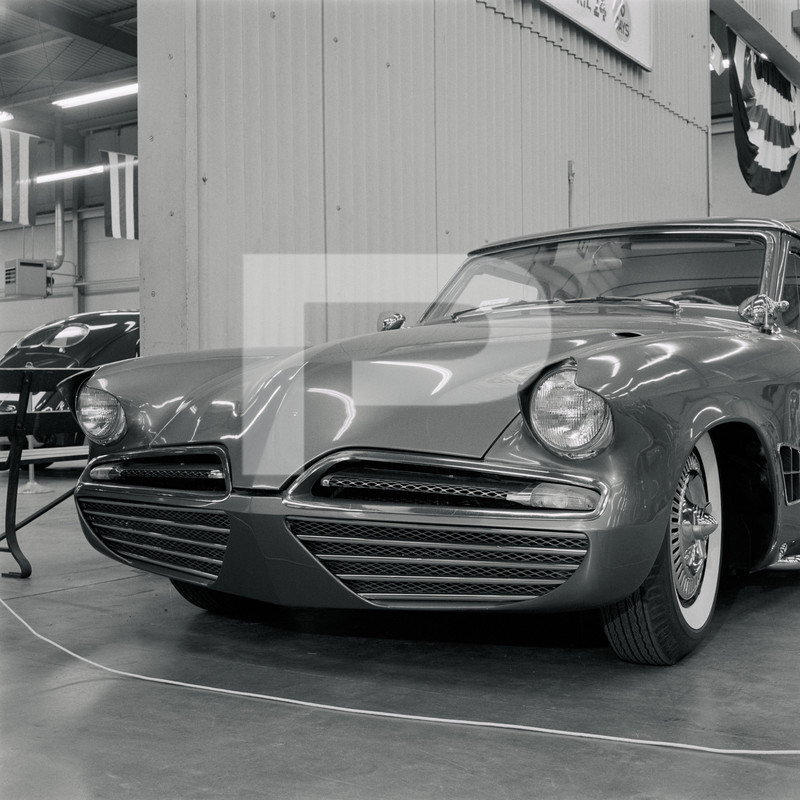 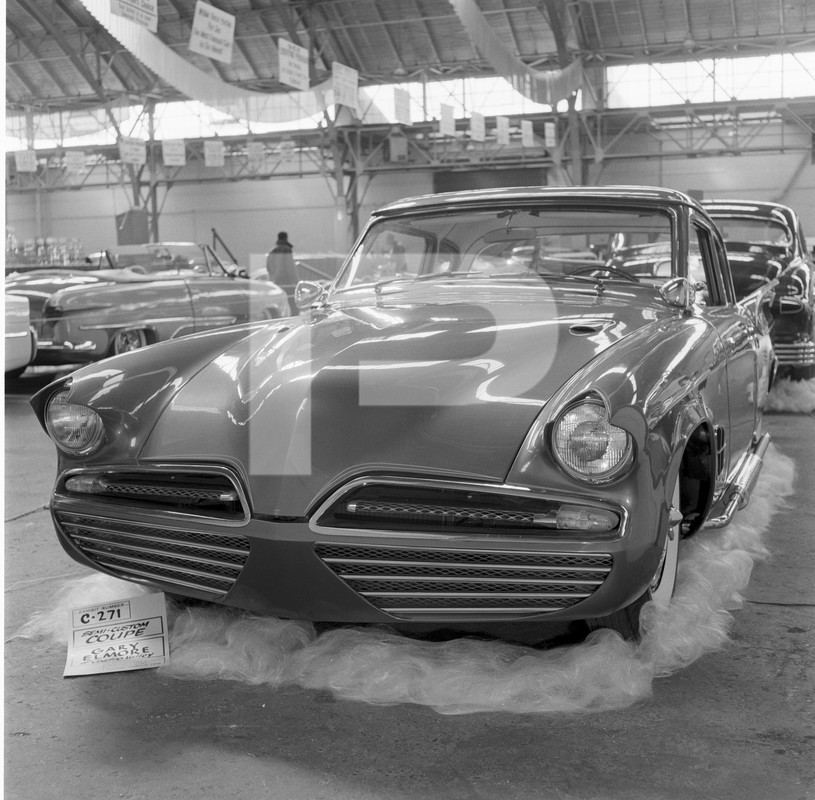 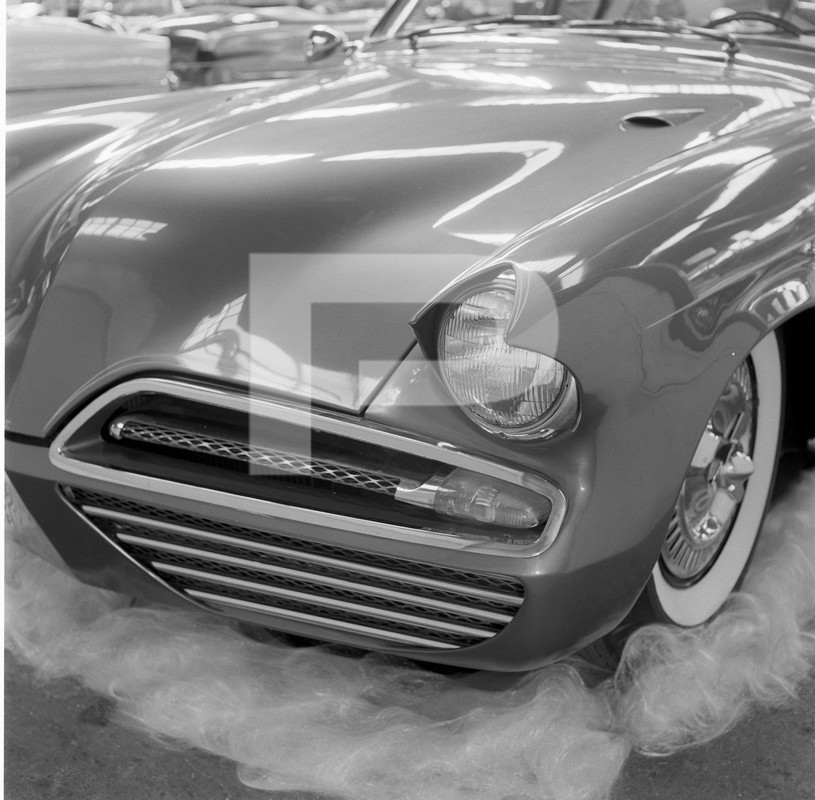 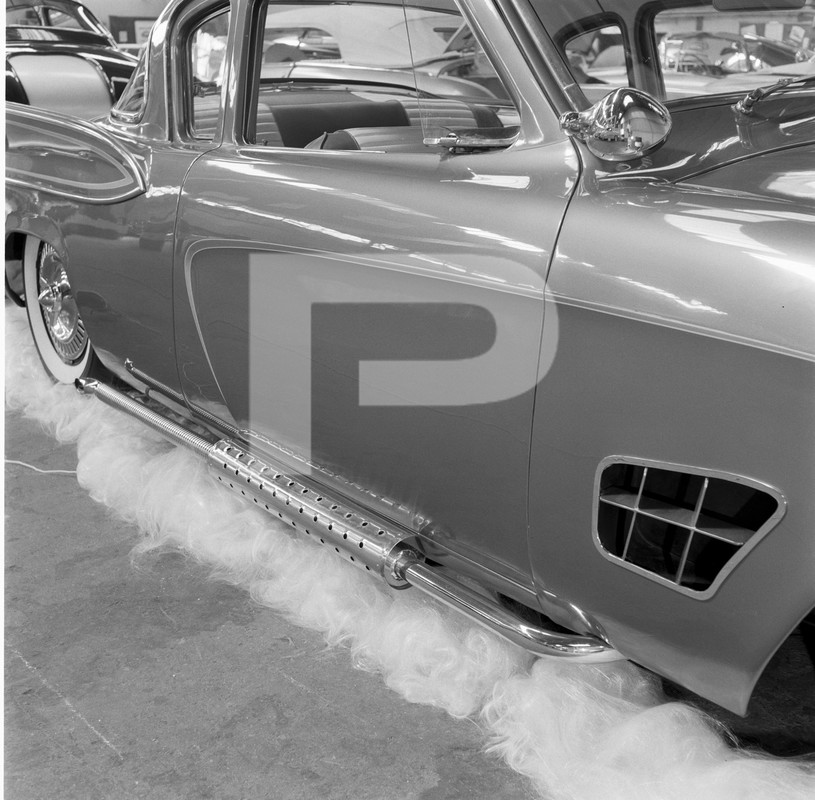 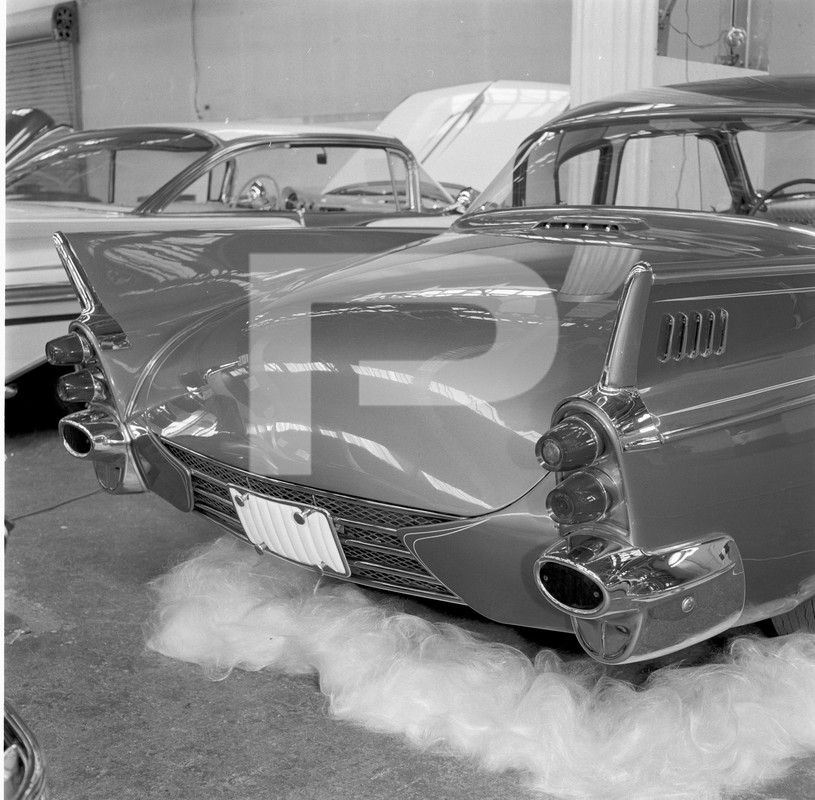 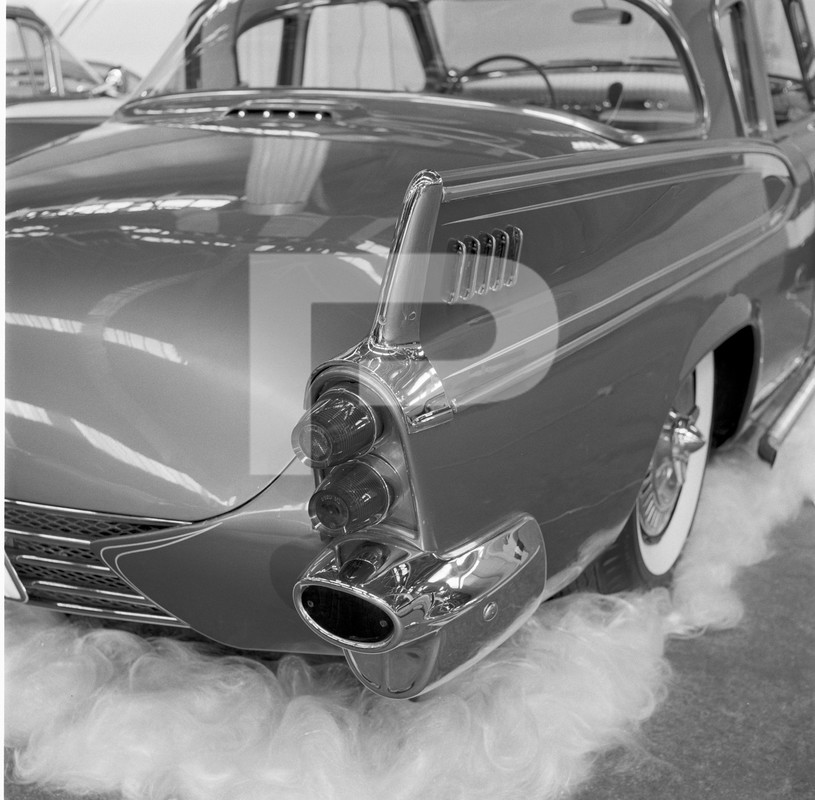 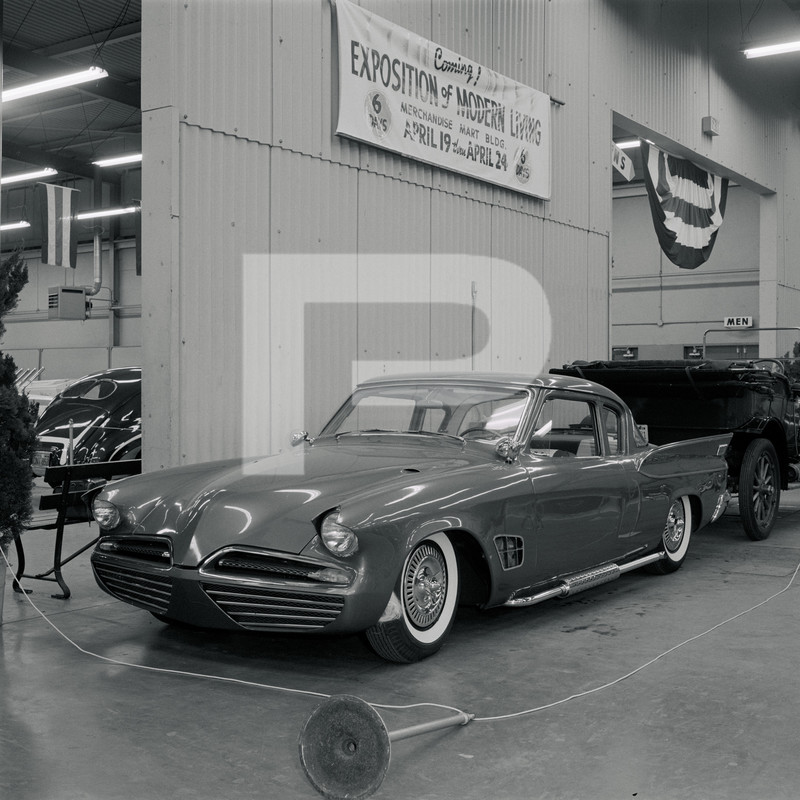