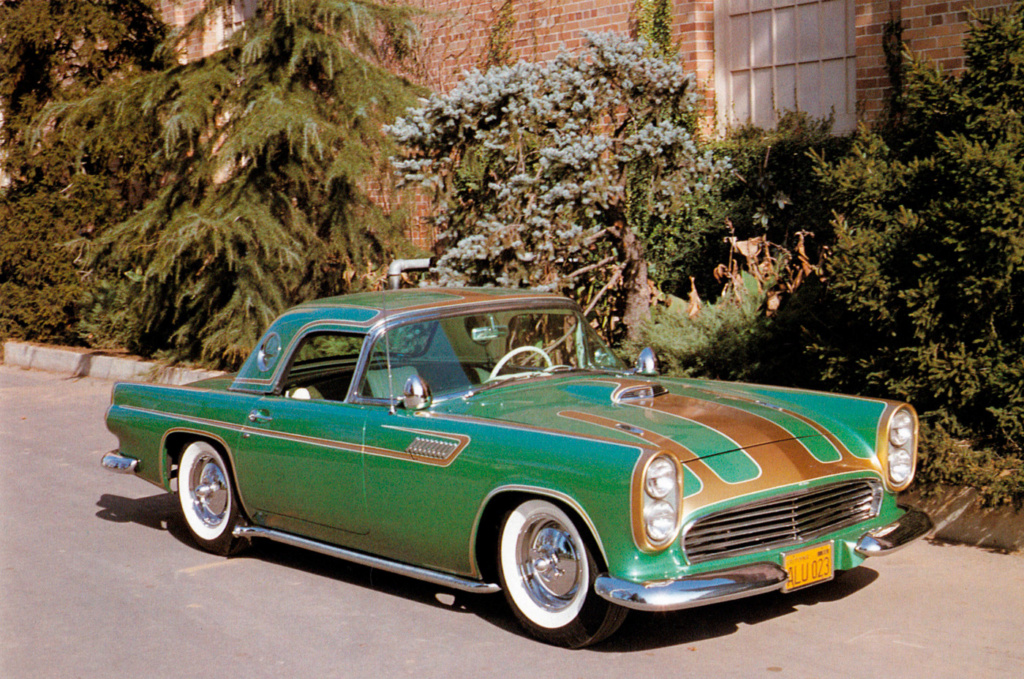 1955 Ford Thunderbird restyled by Corley Anderson and Rick's Body Shop in Sacramento for Don Tognotti of Sacramento, California. The car is also known as the Green Voodoo. A pair of quad headlights were fit to the car, these were frenched to the extended rear fenders. An oval grille opening was custom made and fit with tubular chrome bars. The front splash pan was rolled and the both bumpers were swapped with a pair of 1955 Pontiac split bumpers. A pair of 1955 Plymouth taillights were used. 1958 Chevrolet Impala backup lights were frenched in the stock mountings. Don's Thunderbird was painted mint green metallic and featured gold scallops outlined with white stripes. It was a neat effect that followed the bodyline of the new grille and headlights. Tognotti added chromed reversed wheels trimmed with bullets, dual spotlights, ripple side pipes and whitewall tires.[1] 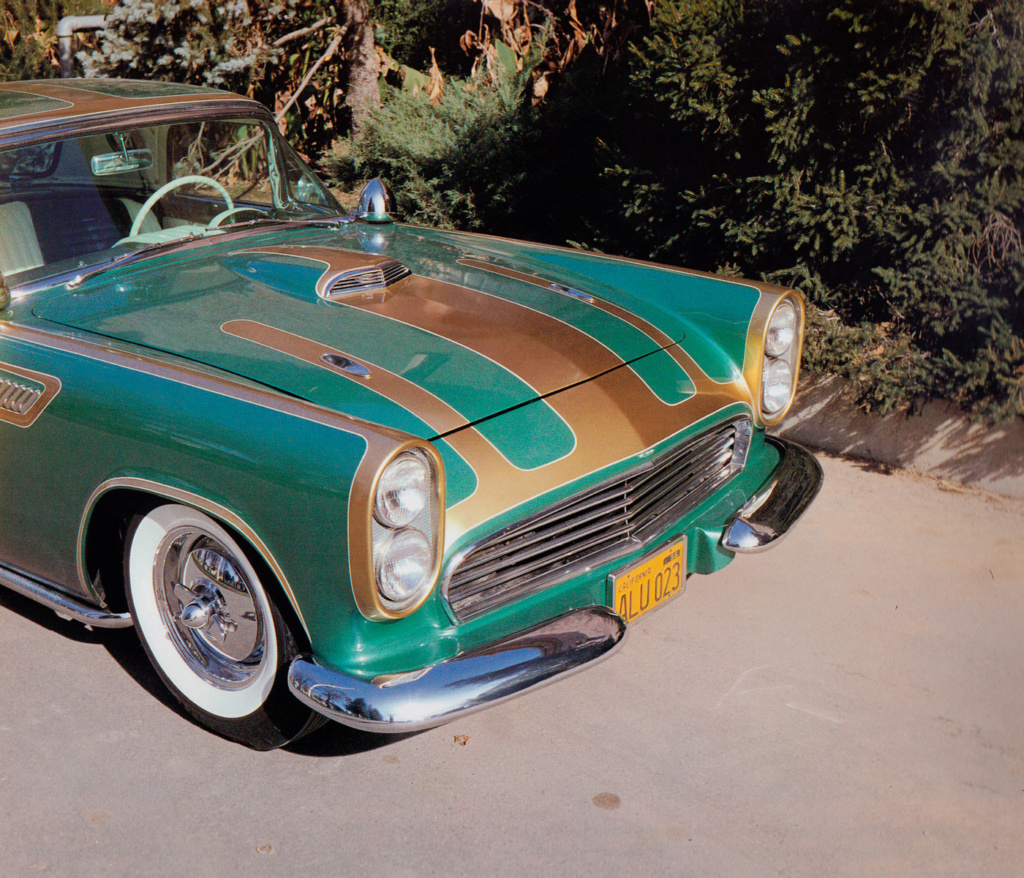 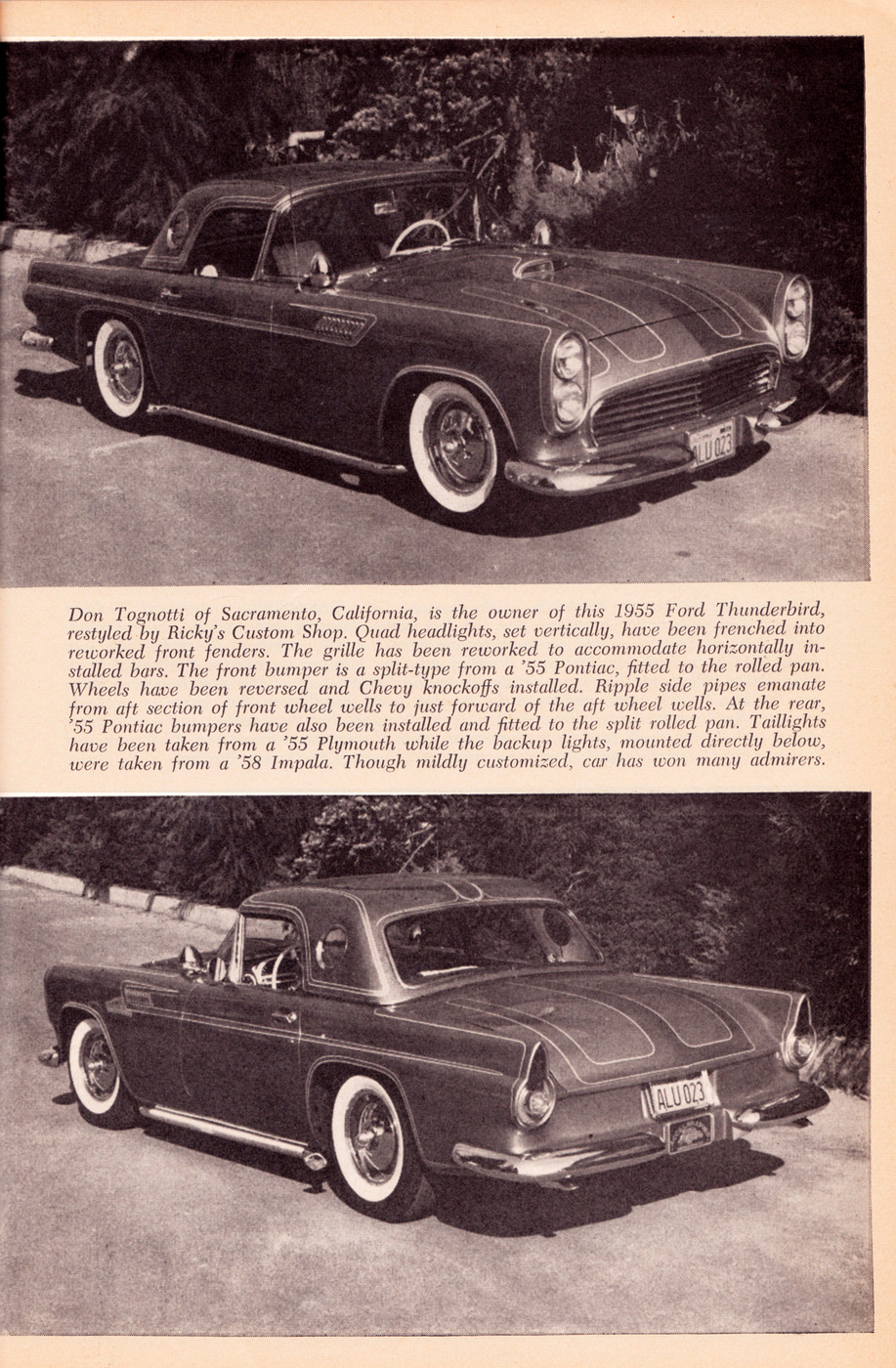 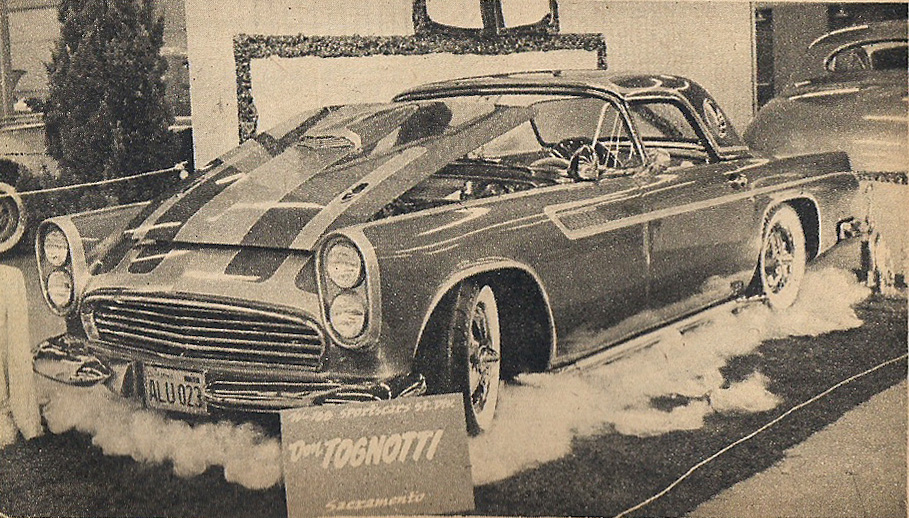 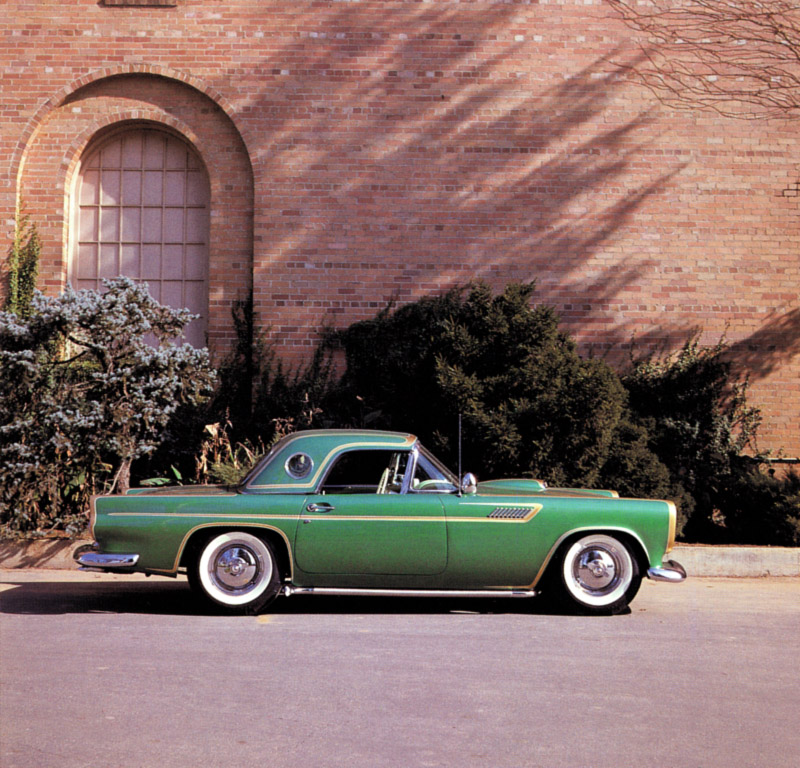 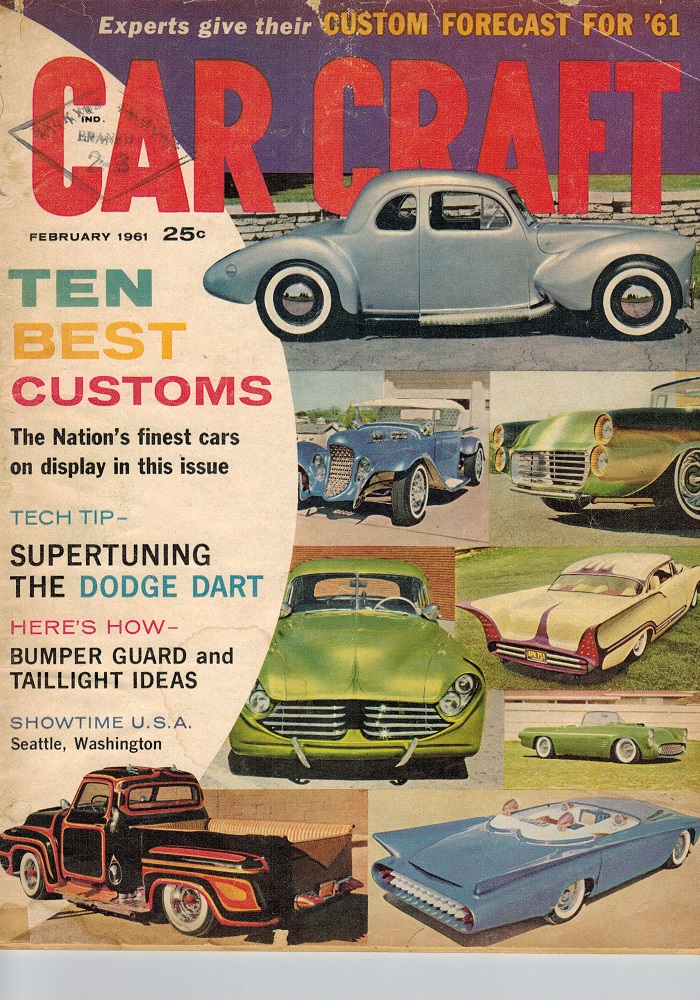 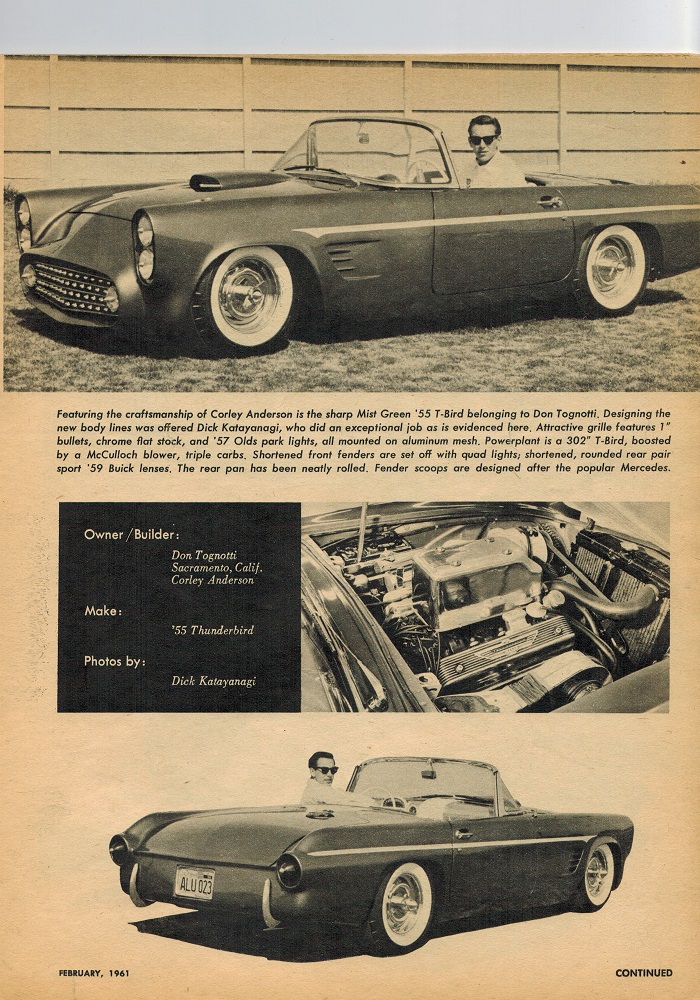 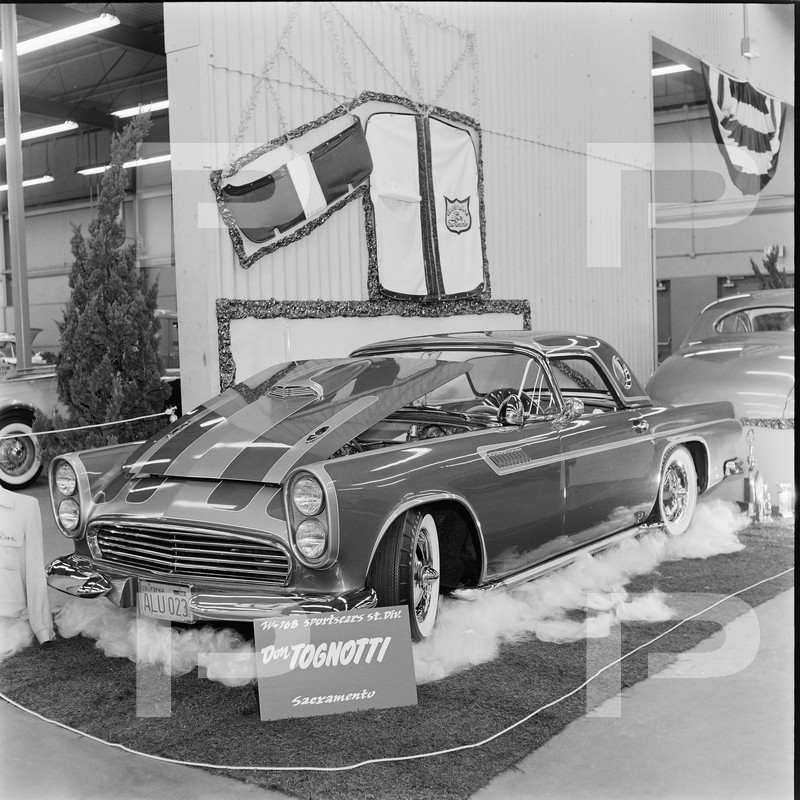 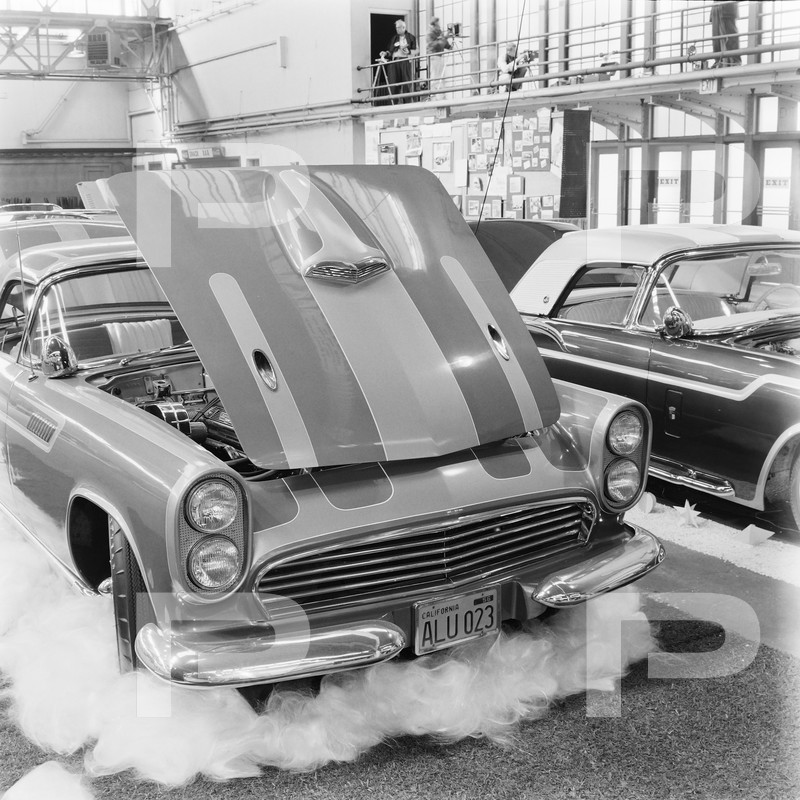 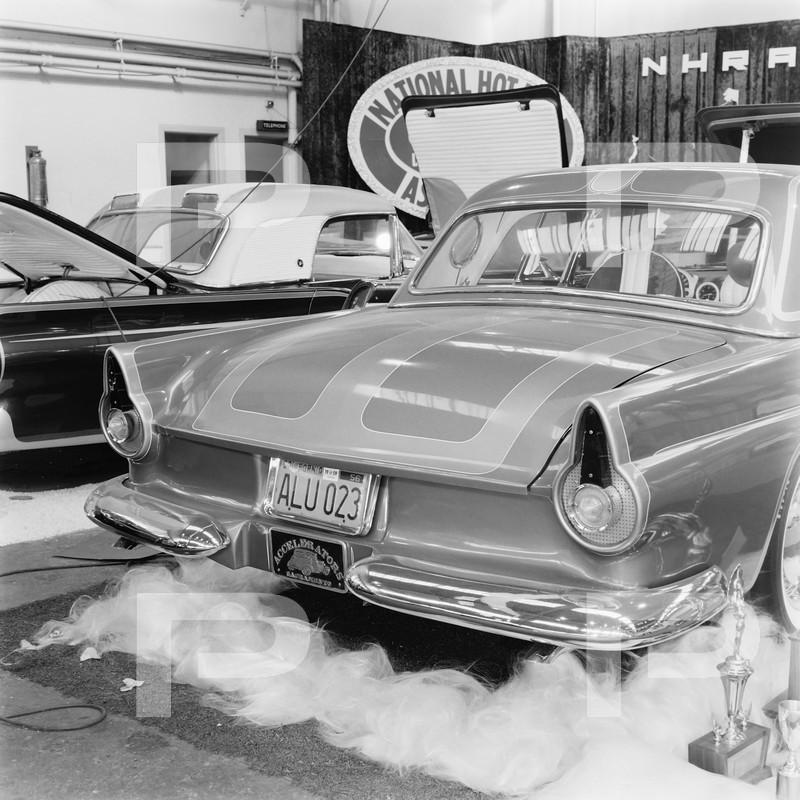 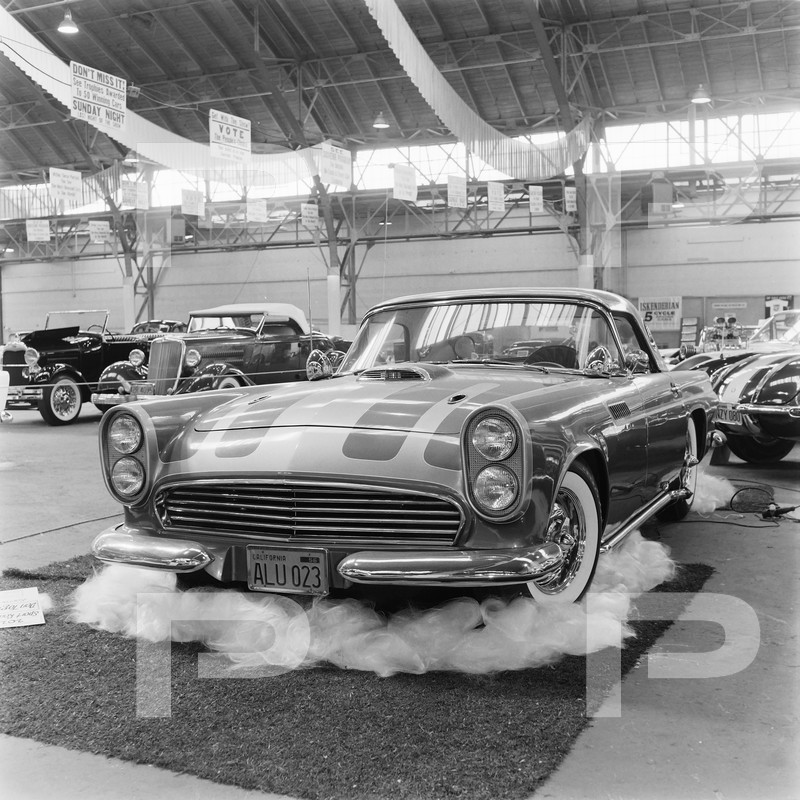 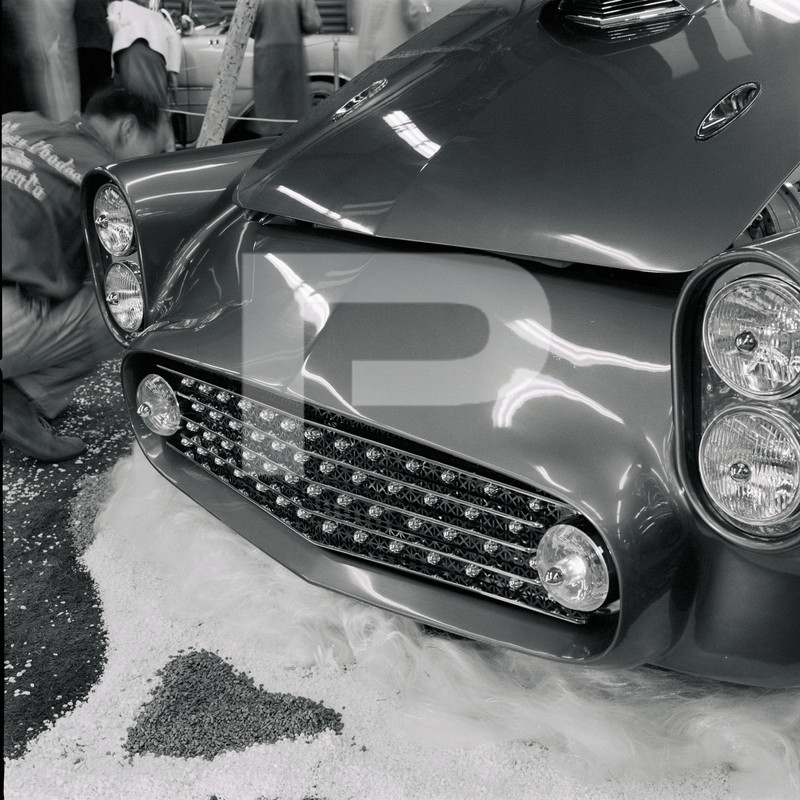 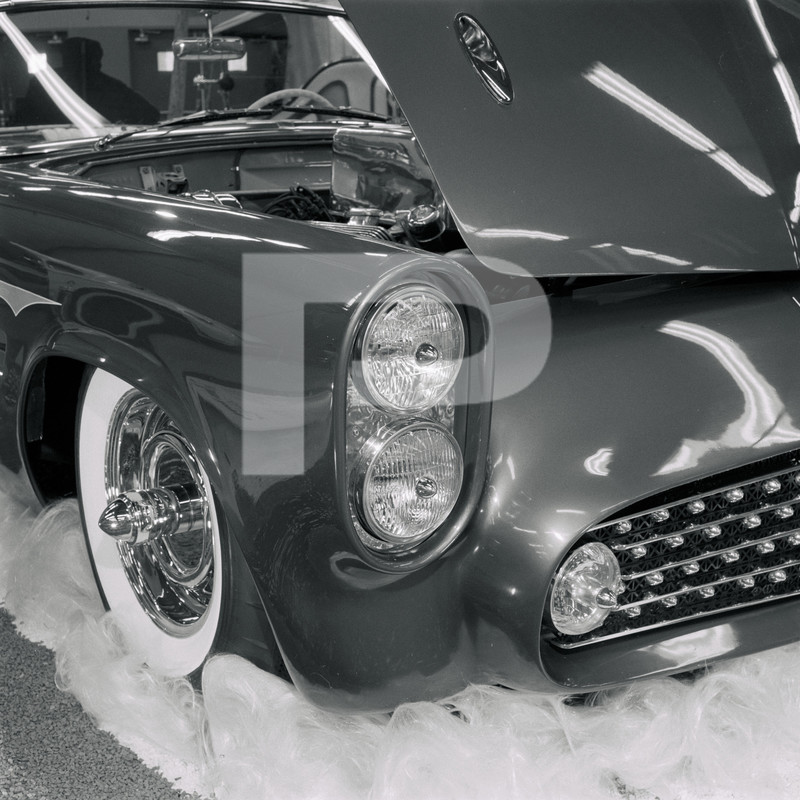 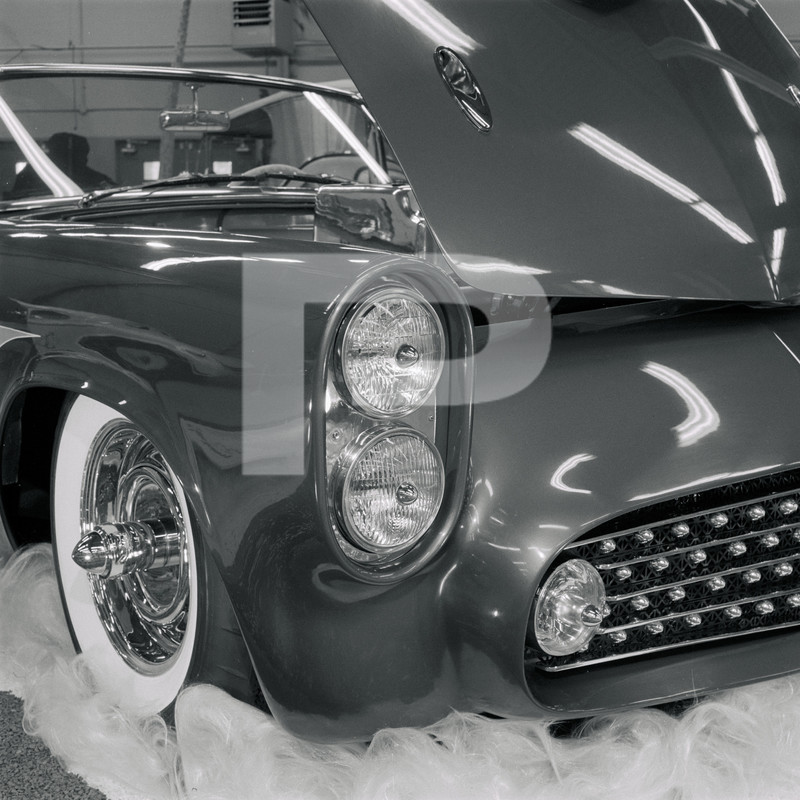 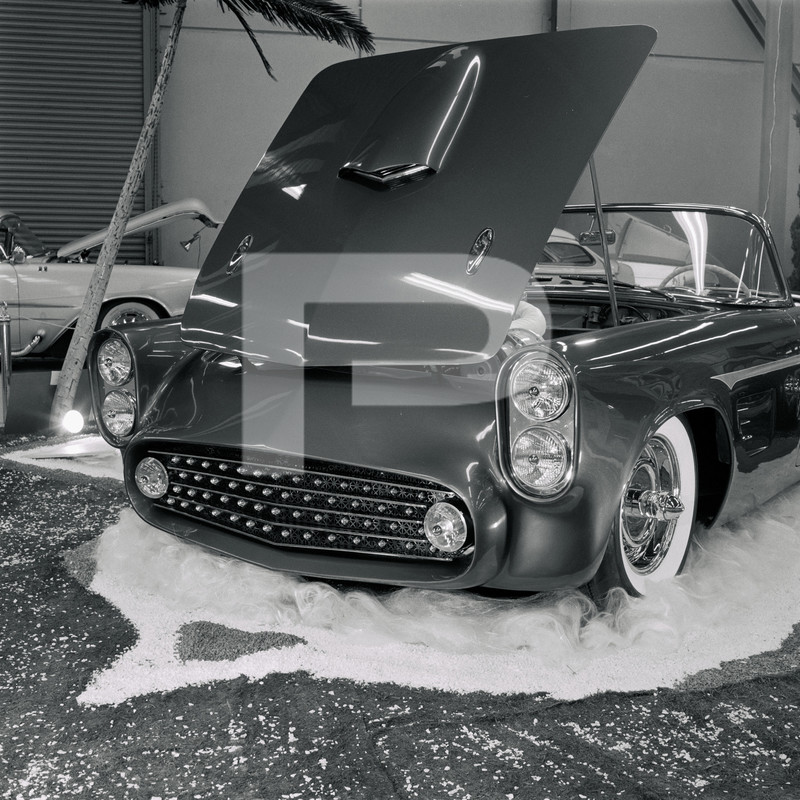 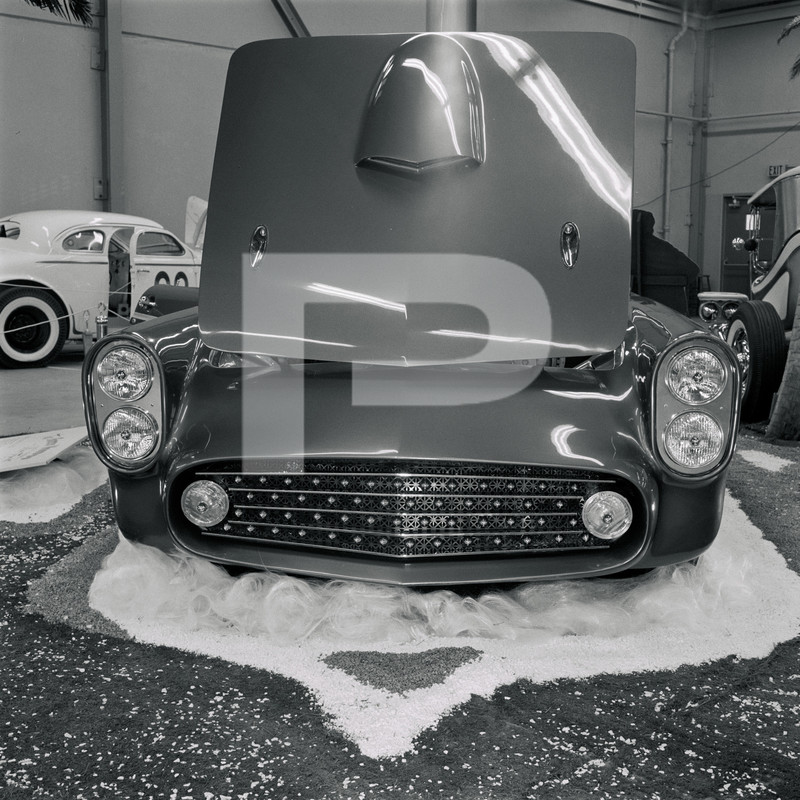 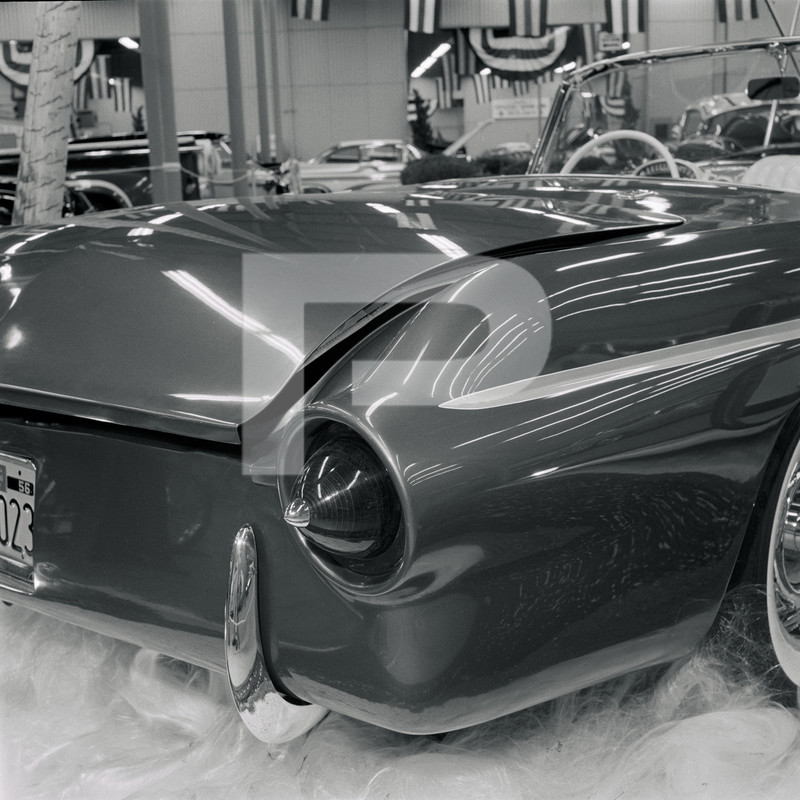 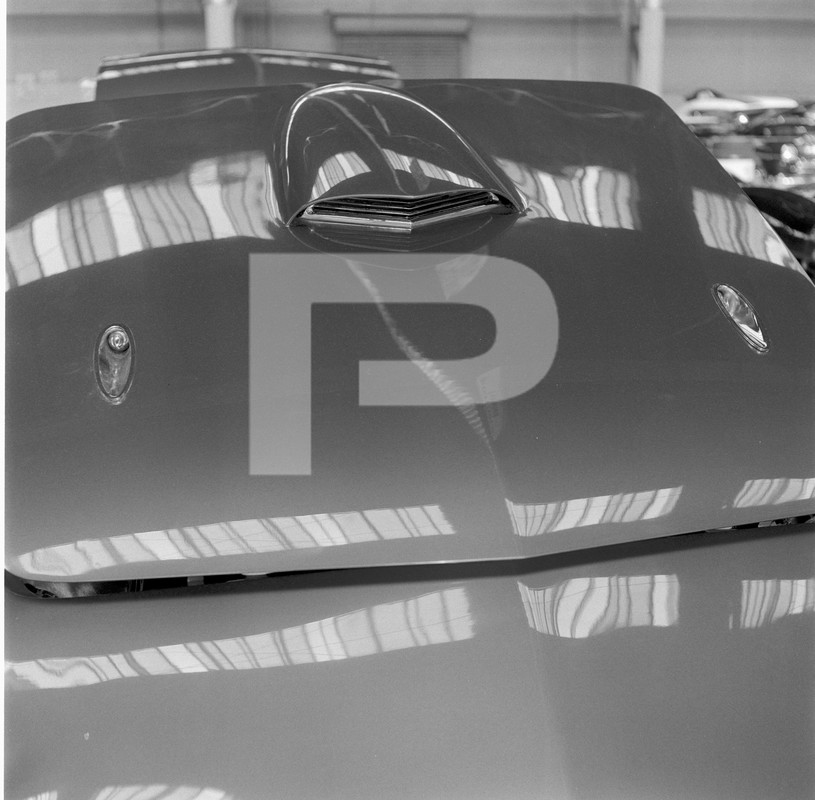 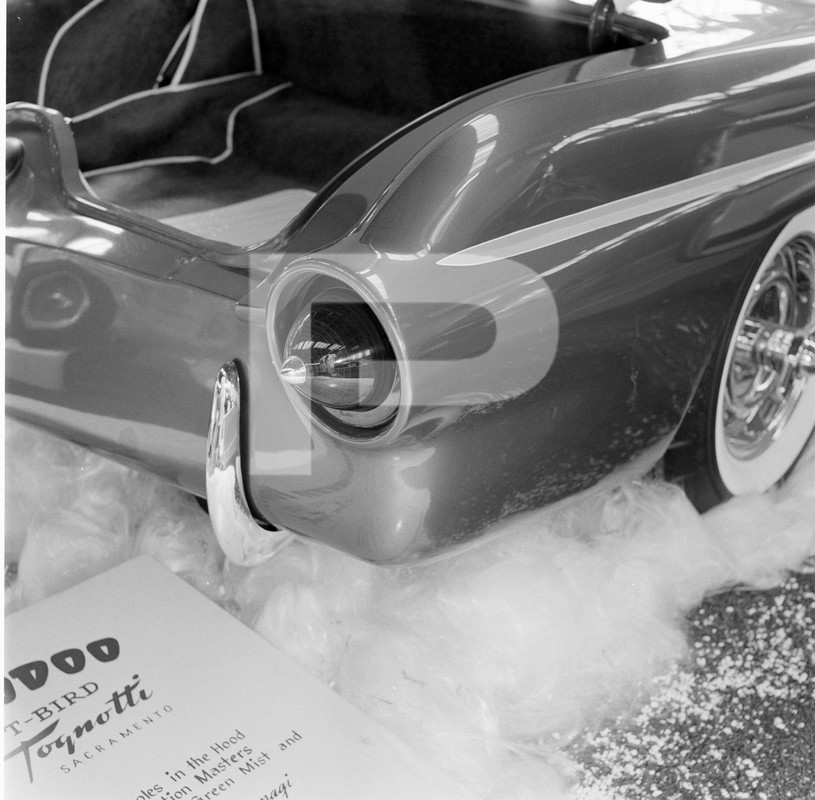 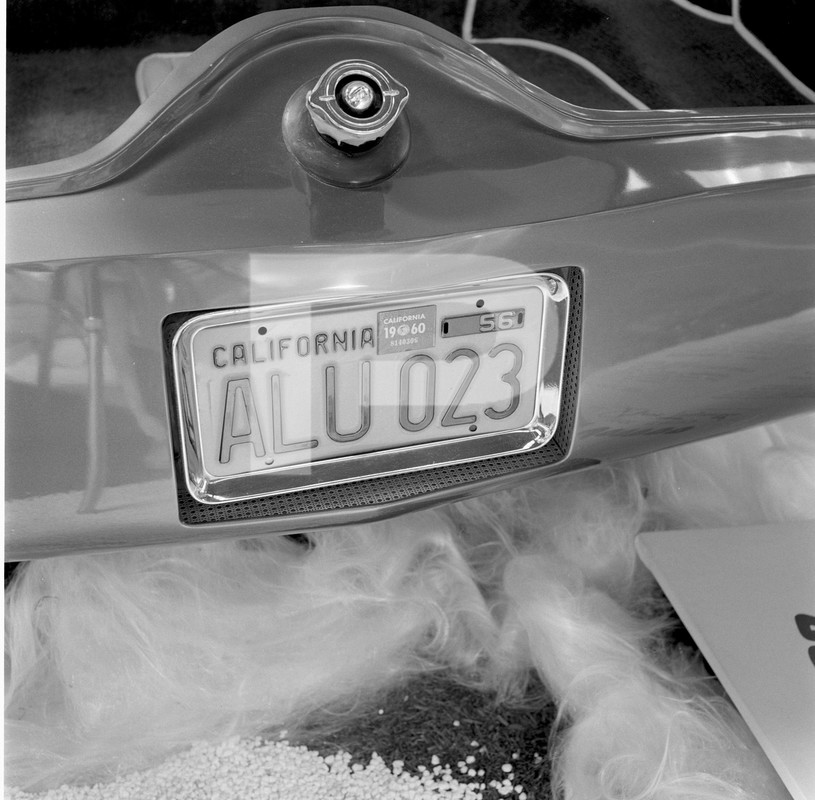 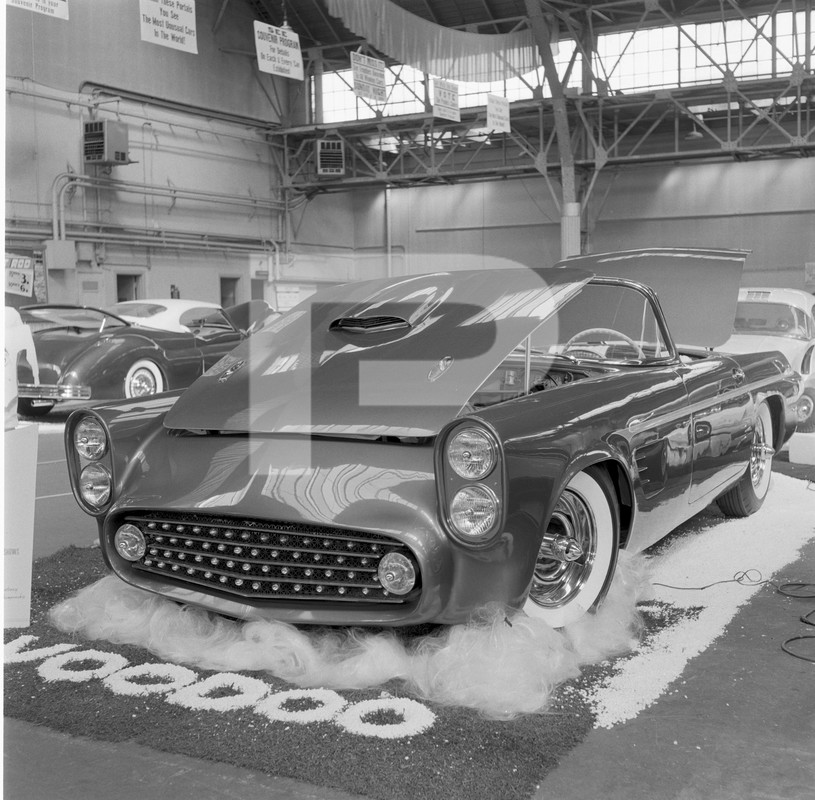 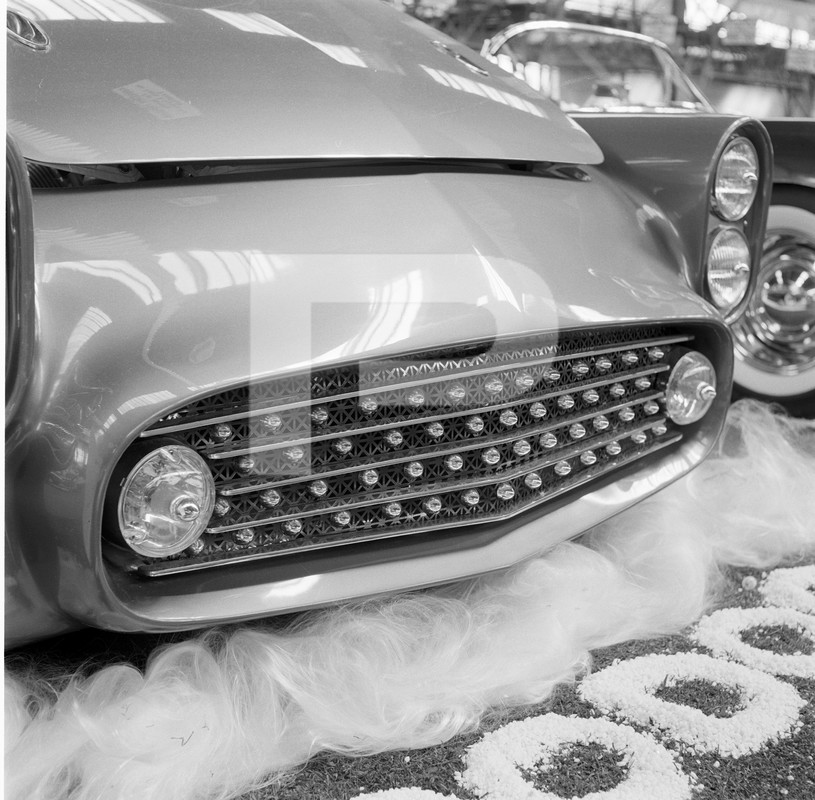 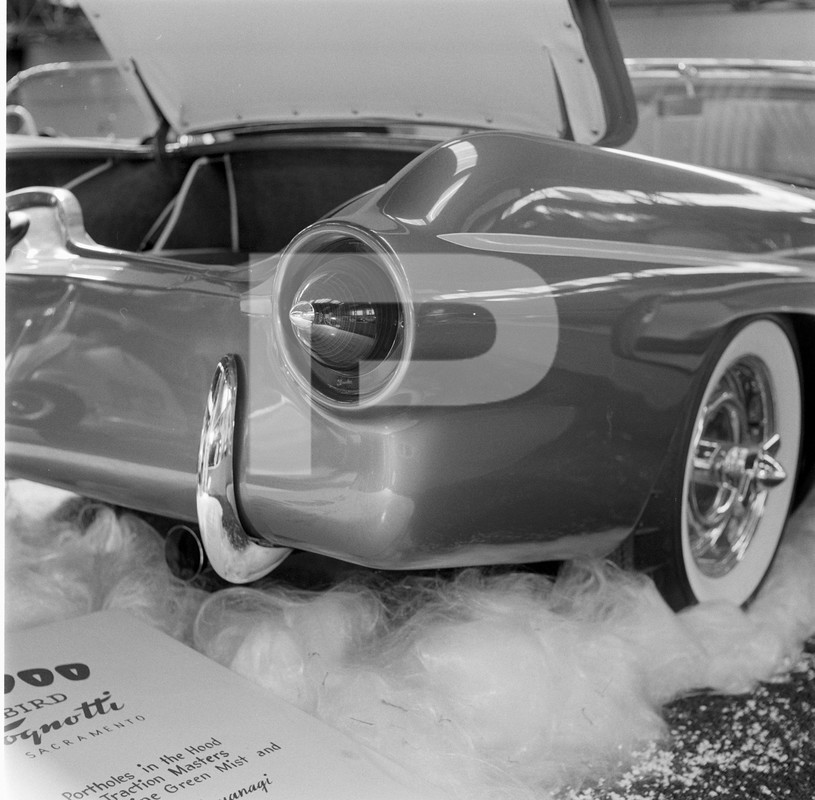 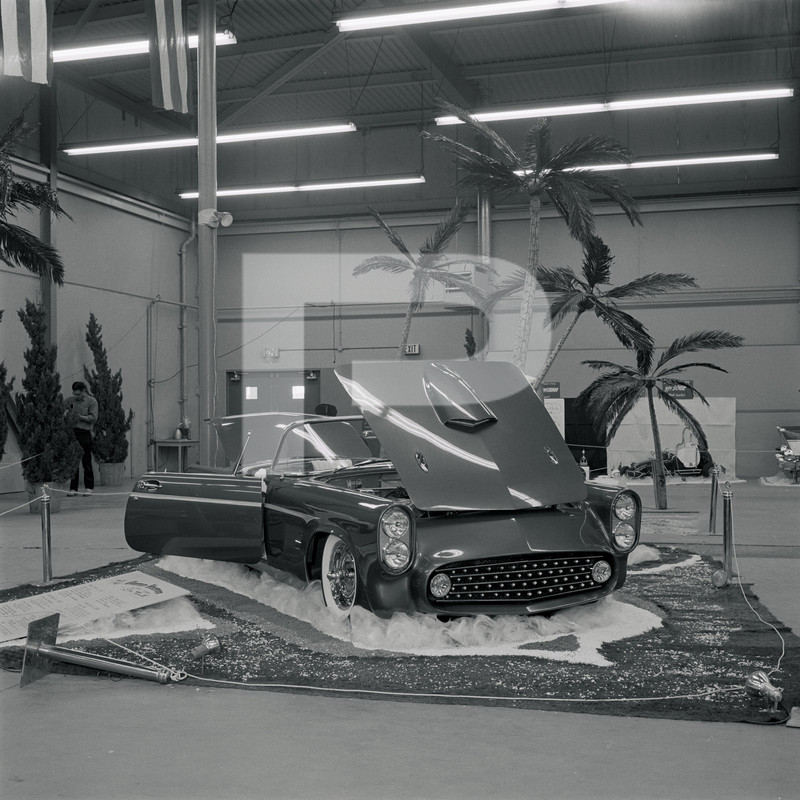 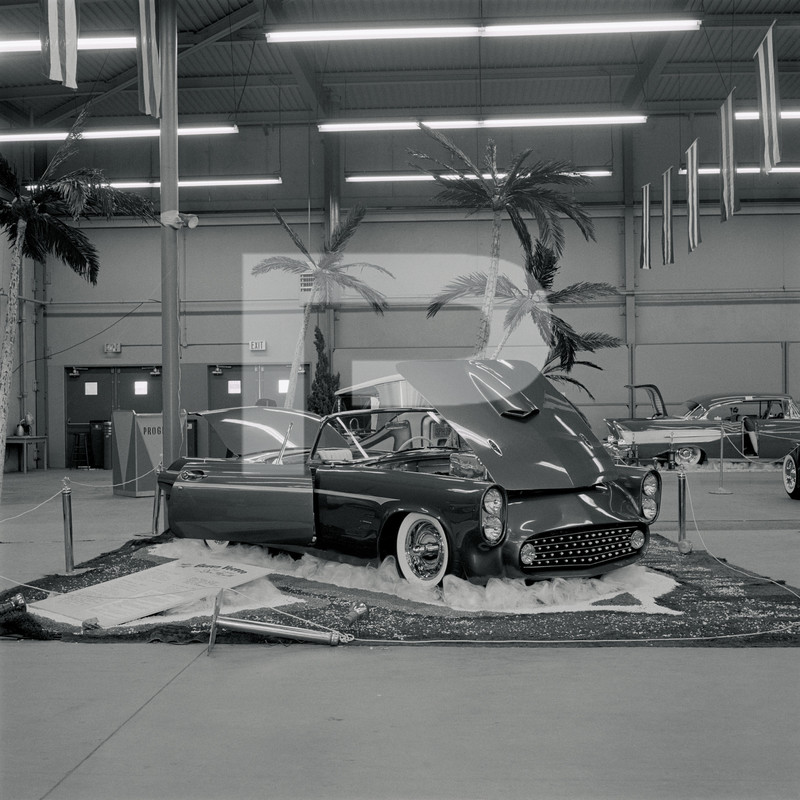