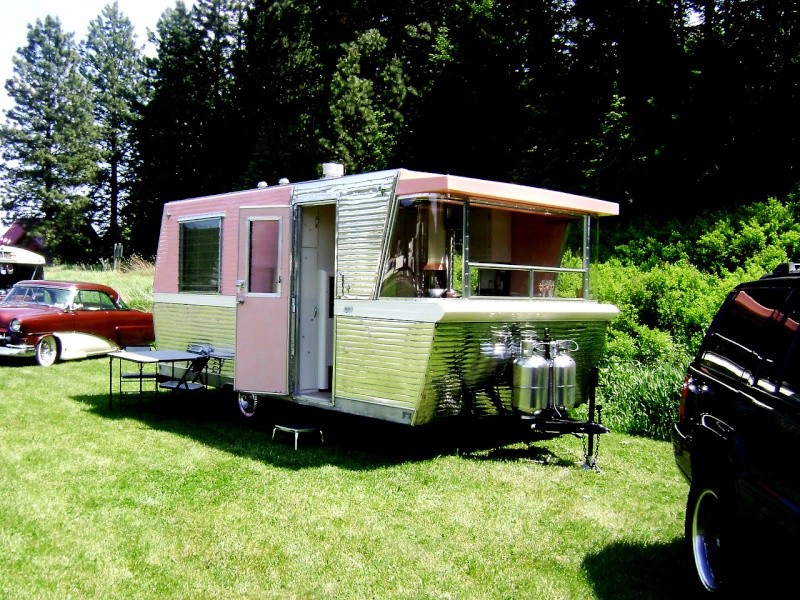 Looking for a way to keep his workers busy during the January to July “Off Season," David Holmes, president of “Harry & David" (mail-order fruit baskets and gifts) decided to have them produce a new travel trailer with a modern design. Straying from the usual “canned ham" look of the day, the design was very progressive and “space age" with googie style elements. Though they were ultra-stylish and very well made, the trailers were priced higher than the competiton. Only 200 were produced beginning in 1959 with operations ending in 1962.
David Holmes was also known for building the 1960 Geographic Model X, ""Trailer For The Rich." 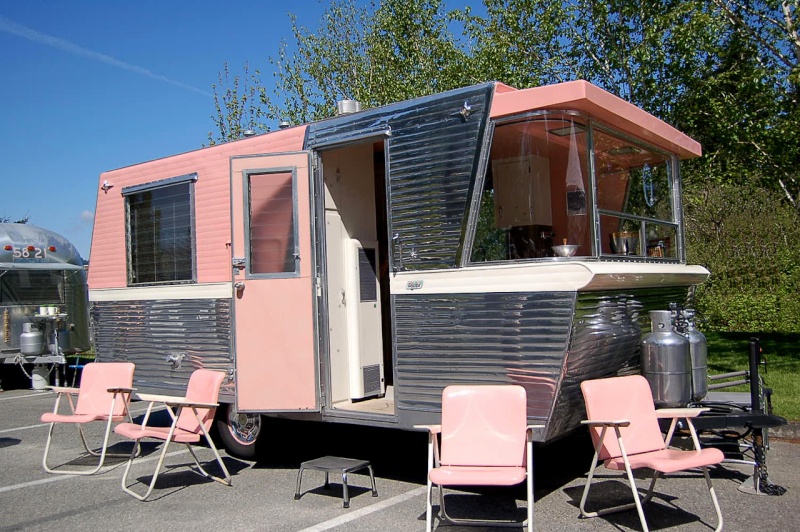 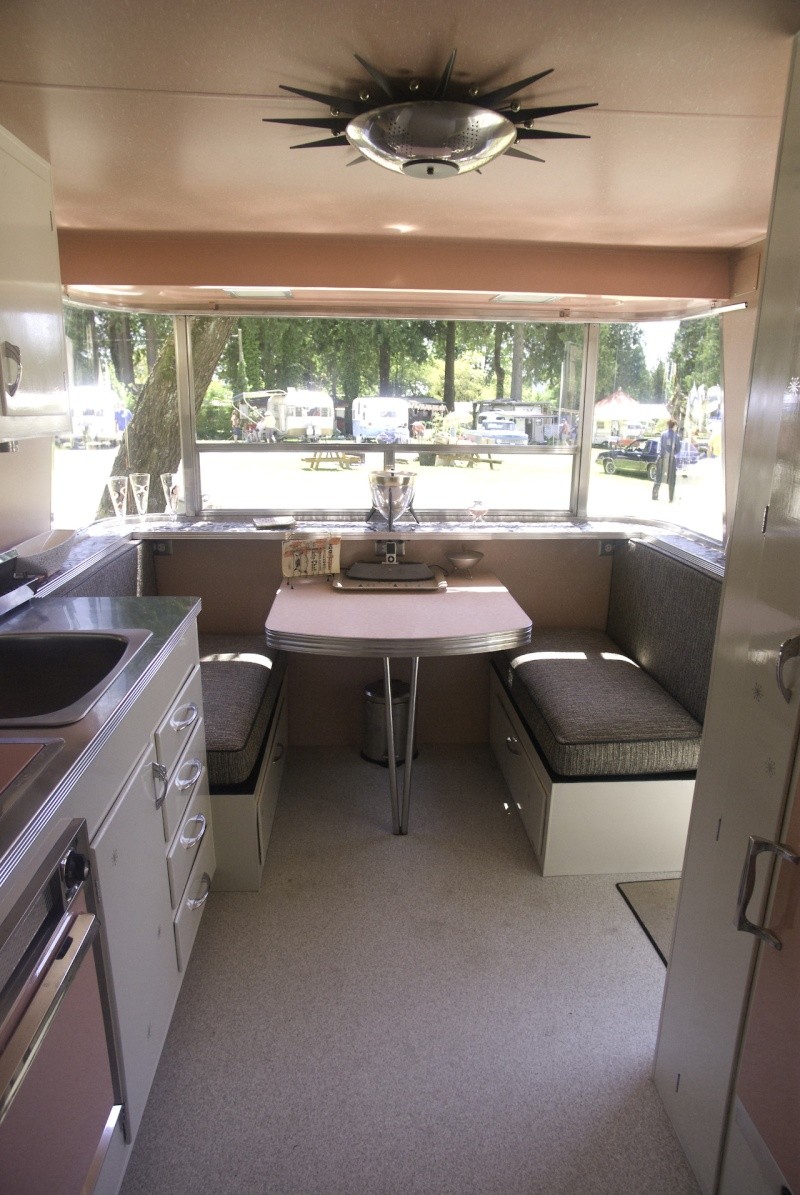 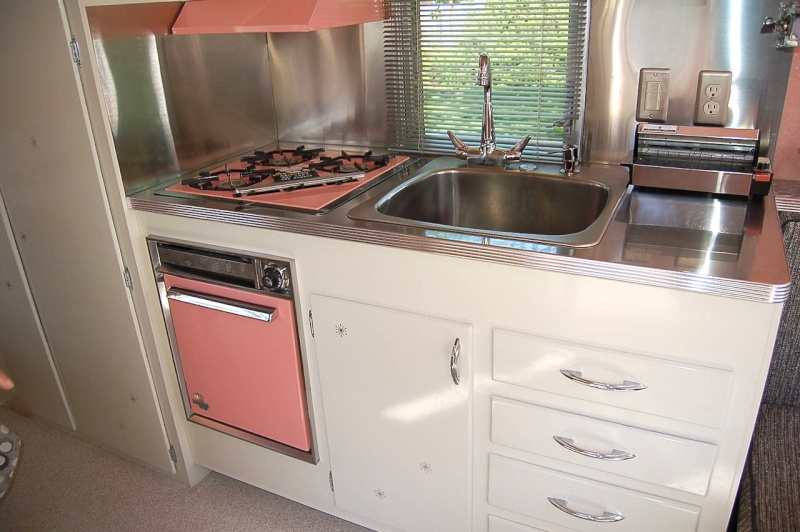 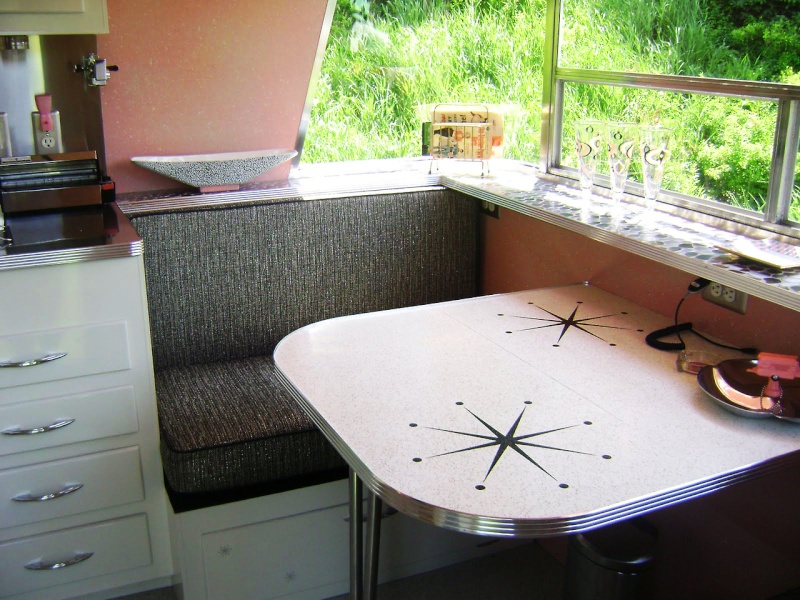