Gracie's father encouraged him to play the guitar. His musical career started at the age of 16 when he appeared on the Paul Whiteman television show in 1952.[2] Gracie performed at weddings, local restaurants, and parties, and on local radio and television. He also won regional talent contests. Charlie graduated from South Philadelphia High School in 1952.

The owner of Cadillac Records, Graham Prince, heard one of Gracie's early radio performances, contacted the young musician and signed him to a recording contract. This association yielded the single "Boogie Woogie Blues" backed with "I'm Gonna Sit Right Down And Write Myself A Letter". The record led to Charlie's first appearance on Bob Horn's American Bandstand television program, four years before Dick Clark became the host. After cutting two more singles for Cadillac, including one called "Rockin' 'n' Rollin'" in 1952, Charlie moved on to 20th Century Records, where he put out another four sides. The discs he made embraced a wide variety of styles: jump blues, gospel, and country boogie with the influences of Big Joe Turner, B.B. King, Louis Jordan, Roy Acuff, and Hank Williams. 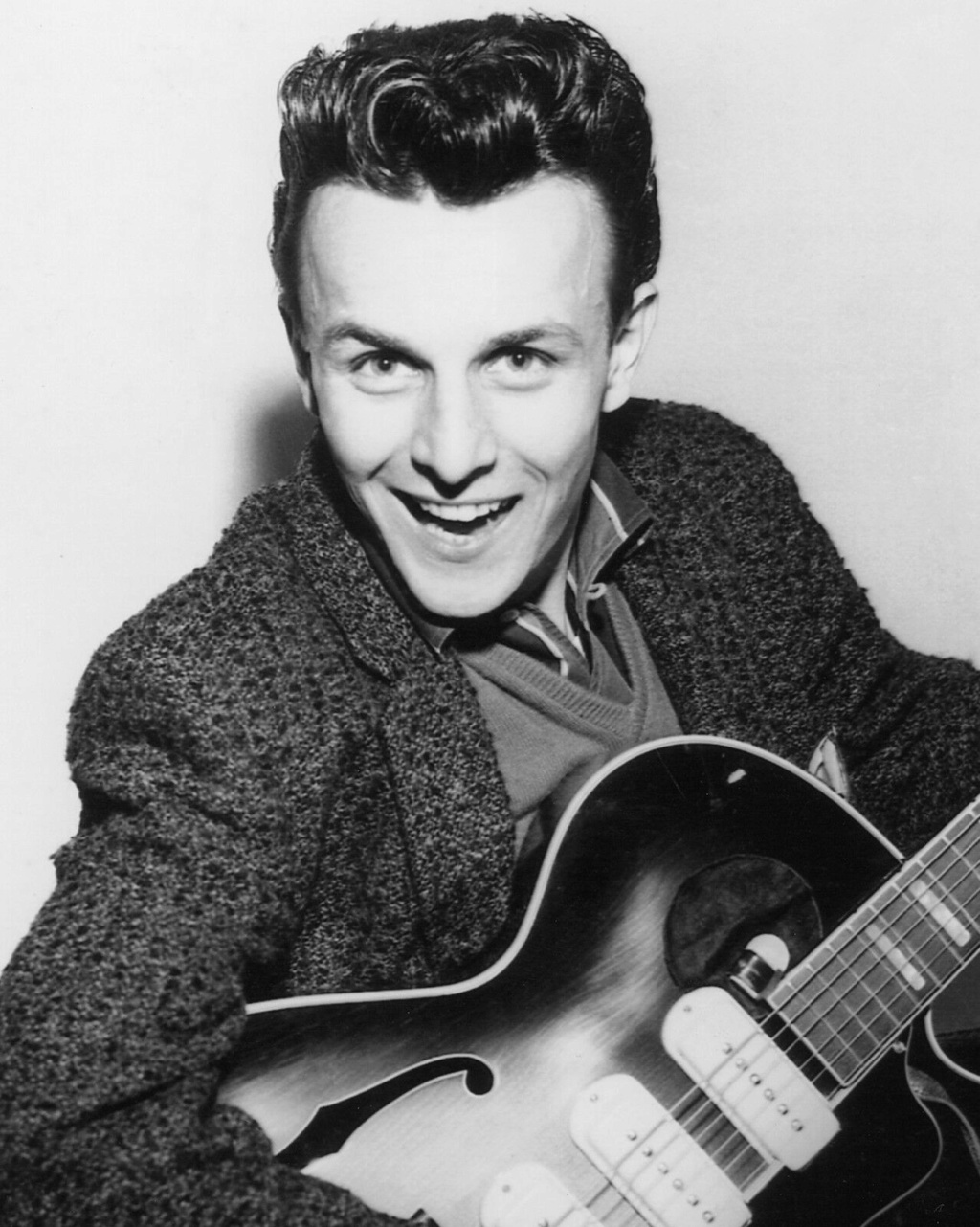 By 1956, Philadelphia had given birth to the new Cameo record label. Its founders, in search of a strong talent, signed Gracie later that year. With a $600 budget, this new union went into the recording studio to record "Butterfly" backed with "Ninety Nine Ways". It became a hit record, reaching #1 in jukebox plays in the Billboard chart. Gracie received a gold disc for the two million plus sales.[1] His only other Top 40 hit was with a song entitled "Fabulous" the same year, which reached #16. This track also reached number 6 in the UK – where it remained regularly played on national radio more than twenty years later. Two other substantial sellers followed: "Wandering Eyes", his third Billboard Top 100 hit, which peaked at #71 (another number 6 in the UK), and "Cool Baby" (also a top 30 hit in Britain). The financial success of these hits bankrolled the Cameo label, which became a dominant force in the music industry for several years.

Gracie's personal appearances grew until he performed and headlined some of the biggest venues of that time: Alan Freed's rock and roll shows at the Brooklyn Paramount, The Ed Sullivan Show, American Bandstand and the 500 Club in Atlantic City, New Jersey. He appeared in the 1957 film Jamboree[3] and toured with Chuck Berry, the Everly Brothers, Bo Diddley and his close friend Eddie Cochran.

Gracie became only the second American rock and roller to bring this new art form to the British concert stage. His two extensive tours in 1957 and 1958 were topped off by headlining the Palladium and the Hippodrome in London. In the audiences, among Gracie's fans, were future rock musicians Graham Nash,[4] and members of the Beatles.[4] These performers and many other well-known acts have credited Gracie as an influence. George Harrison referred to Gracie's guitar technique as 'brilliant' in a March 1996 interview with Billboard; Paul McCartney invited Gracie to the premiere party of his 1999 release which paid tribute to the early pioneers of rock music.

According to the documentary film Wages of Spin, Gracie sued Cameo Records for unpaid royalties and in retaliation was blacklisted from the radio and American Bandstand. Per the film, Bandstand host Dick Clark had a relationship with the record company and was paid $14,000 for services related to Gracie's song "Butterfly".[4] 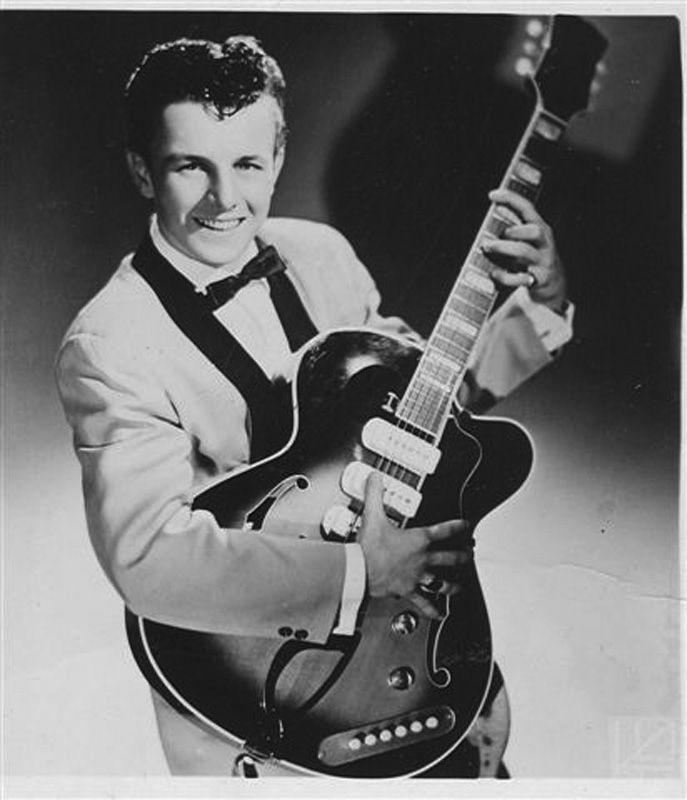 After Cameo Gracie moved on to other record labels such as Coral, Roulette, Felsted, and Diamond, performing more of the R&B he preferred. Even as success slowed, he continued to perform in clubs, theaters, and resorts, from the 1960s through the 1990s. He still enjoys a loyal following in the United Kingdom, Germany, Austria, Switzerland, France, and the Netherlands.

During the late 1990s, he was introduced to Quentin Jones, a guitarist, studio owner and label head. Jones had a strong background in roots music, having played in a rockabilly band produced by the Stray Cats bassist Lee Rocker. He also played lead guitar on Robert Gordon's 1996 self-titled CD. Gracie and Jones met at Valley Forge, Pennsylvania. They decided to record an album together with Jones acting as producer. He brought in bandmate Dave Ferrara to play drums. Jones played bass guitar, combining with Gracie's guitar and vocals. Gracie invited Jones and Ferrara to back him when Van Morrison commissioned Gracie to open his 2000 West Coast tour.

Contributing their musical talents on his latest CD were Tommy Conwell, whose guitar playing is featured on "Still 19", Ralph Miller on piano, Daryl Jenkins on saxophone, and Pete Barnhart on percussion. Graham Nash contributed vocals to the song "A little Too Soon To Tell".

Gracie's pioneering contribution to the genre has been recognized by the Rockabilly Hall of Fame and is inducted into the South Philadelphia High School Alumni Cultural Hall of Fame.

In 2007, a documentary film about Charlie Gracie, Fabulous, was aired on PBS stations.[5]

In 2011, ABKCO released the CD For The Love of Charlie produced by Al Kooper and co produced by Quentin Jones, with guest artists Graham Nash, Peter Noone, Jimmy Vivino, Craig Ross, and Dennis Diken, with Gracie singing some of his own songs and some covers.[6]

On Charlie's 75th Birthday, he recorded "Baby Doll" with the hill & hifi. Released in the fall of 2011, it was his first single in over 50 years to receive UK Airplay on the BBC. In the US, the record entered the Top 100 on Mediabase's Top 40 Chart, from the strength of Airplay at Sirius XM. Richie Scarlet is featured on Lead Guitar and played with Charlie at the Bitter End, in NYC, on March 30, 2012 after a Live Radio broadcast at WFUV. WXPK & WXPN played "Baby Doll," as well, in regular Rotation. The World Café featured Charlie Gracie, at their Philadelphia Venue, during the same time period, in support of the Record.

Charlie was inducted into the Broadcast Pioneers of Philadelphia Hall of Fame on November 16, 2012, at the Hilton City Avenue, Philadelphia.[7]

In 2019 Charlie toured the UK with Marty Wilde along with Mike Berry, Nancy Ann Lee and the Wildcats. 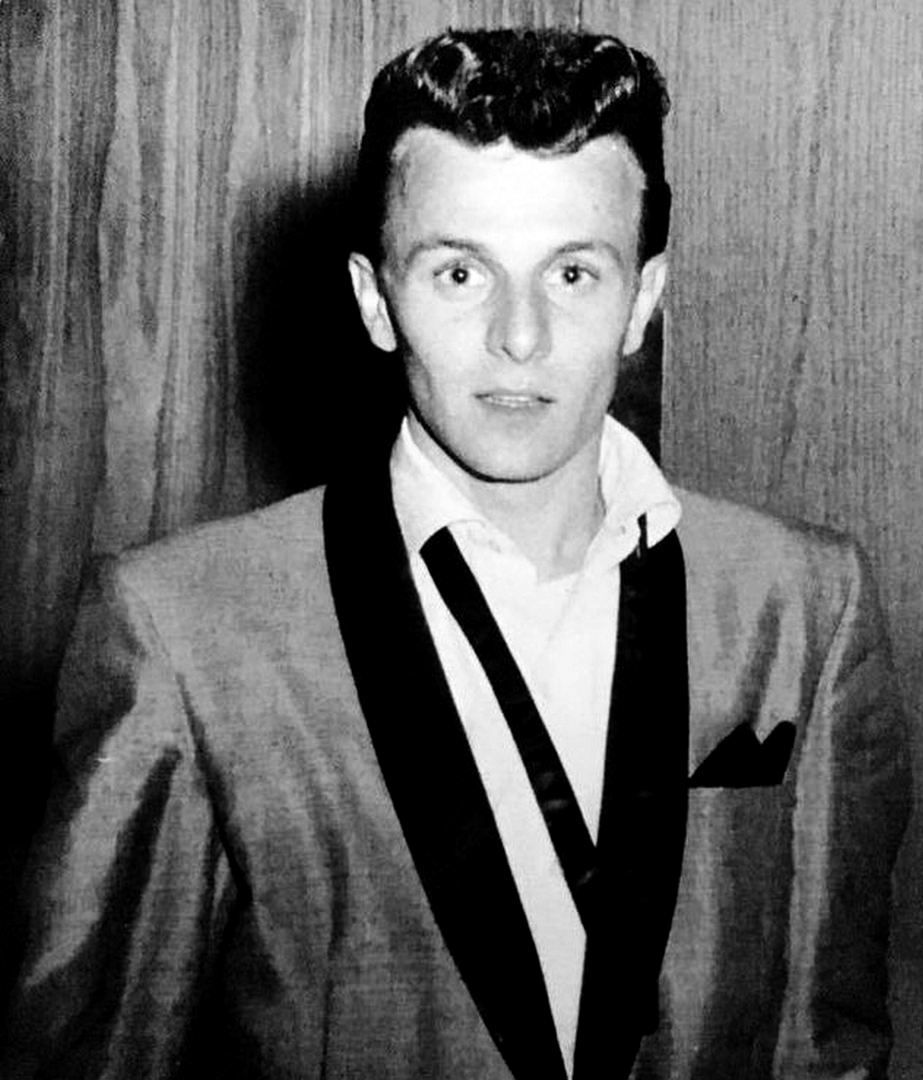 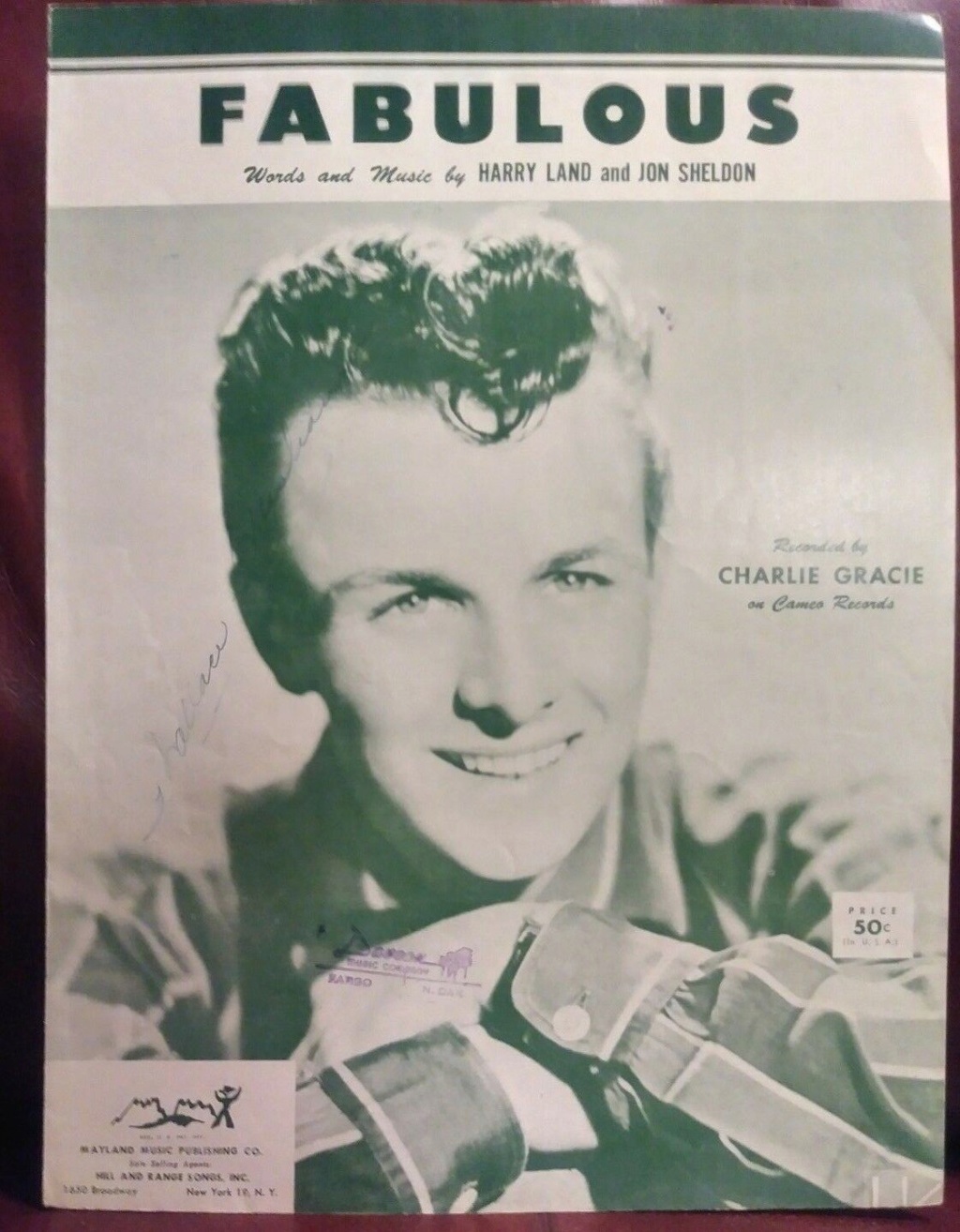 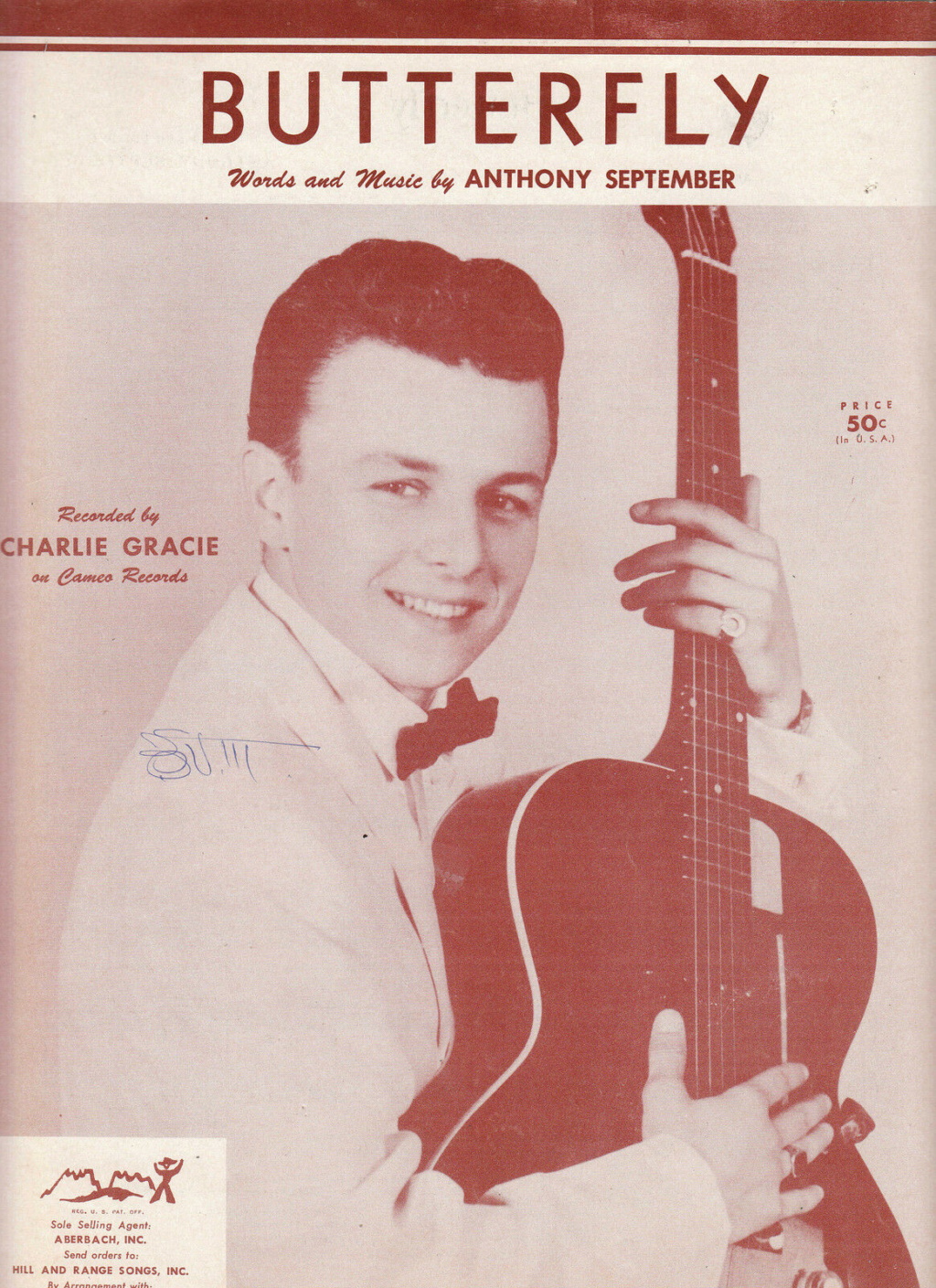 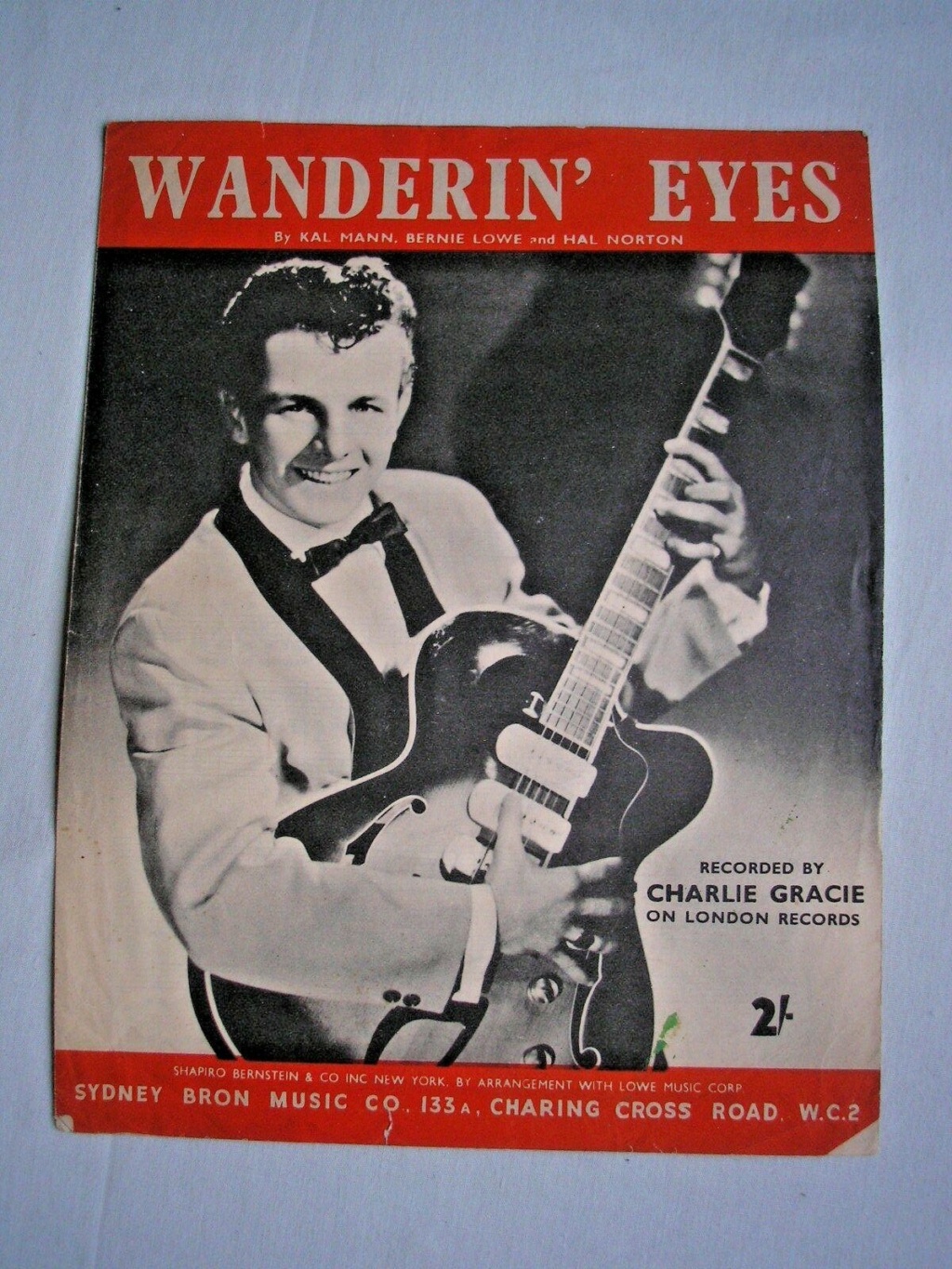 CHARLIE GRACIE I Love You So Much It Hurts