https://www.whichcar.com.au/features/1961-ford-thunderbird-bubbletop-thunderflite
FROM out of the distance came a rolling cloud of dust. Second by second the shape at the head of it became clearer yet no more familiar. Standing still, we eyed its relentless progress across El Mirage’s lunar-like surface. 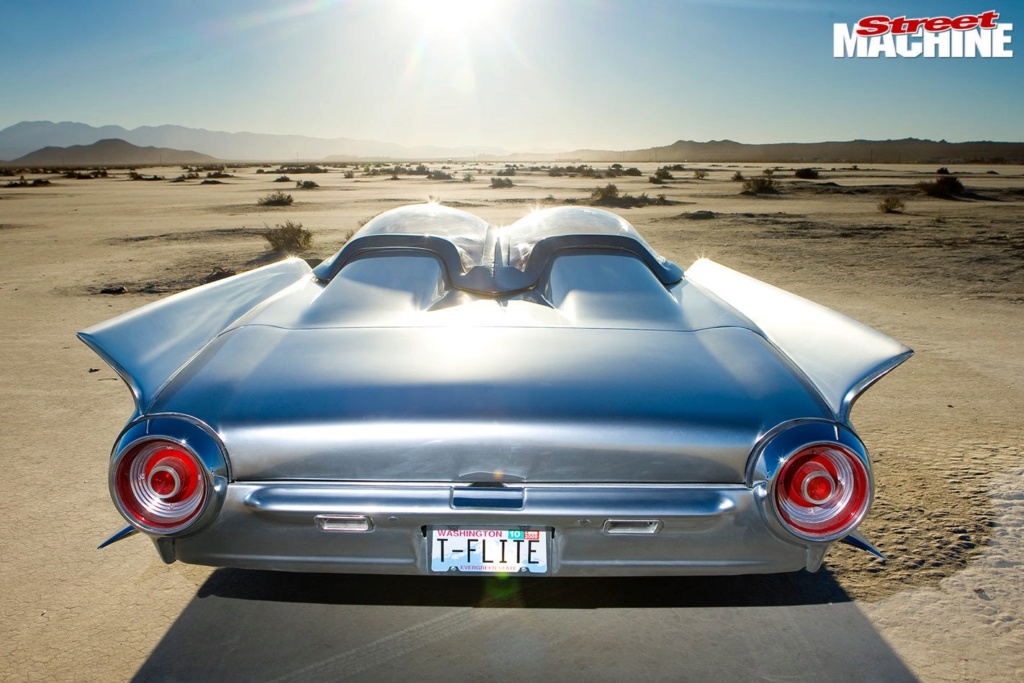 This alien craft glinting on its way across the dry Californian lake — the sharp nose, the sweptback lines and clear canopies — was it a spaceship, a plane, a jet-powered car?

“We were trying to capture what it might have been like in the 50s and 60s when GM was building its Dream Cars. My wife Suzie and I sketched it on a napkin,” Dean Arnold says, after negotiating his way out of the car dubbed ‘Thunderflite’. 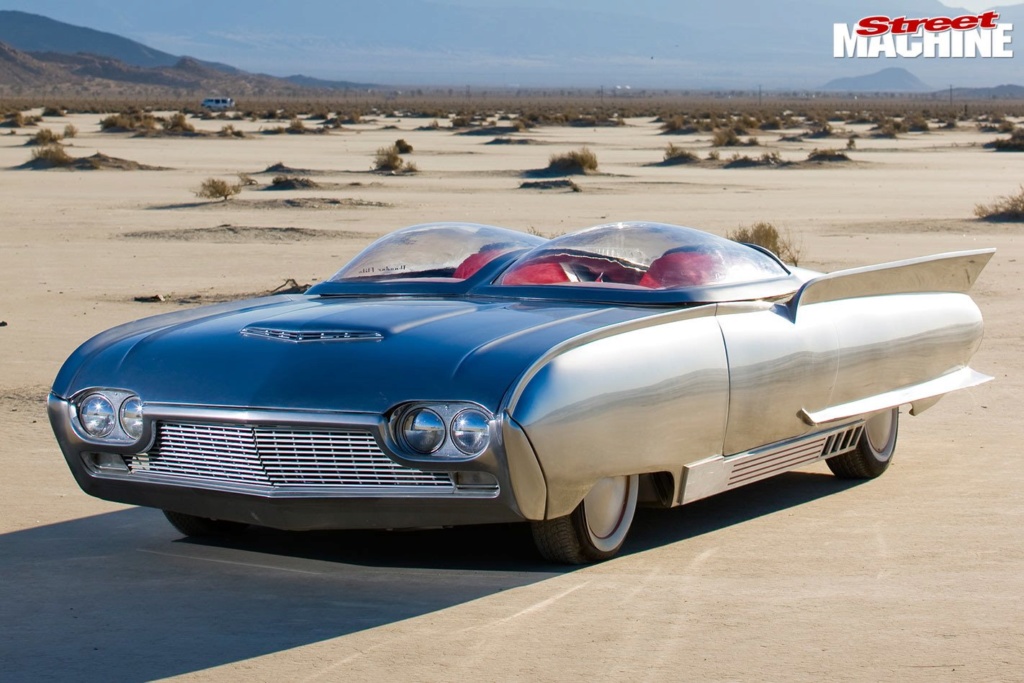 Having endured the Depression and World War II, America from the late 40s to the 60s was all about the future, nowhere embodied better than in the space race and that iconic trip to the moon. Naturally, car design followed suit with concepts such as the Club de Mer, the Golden Rocket and the 1956 Buick Centurion. Sadly, spiralling costs and new marketing strategies put an end to all the fun but that visionary era provided Dean with his inspiration. 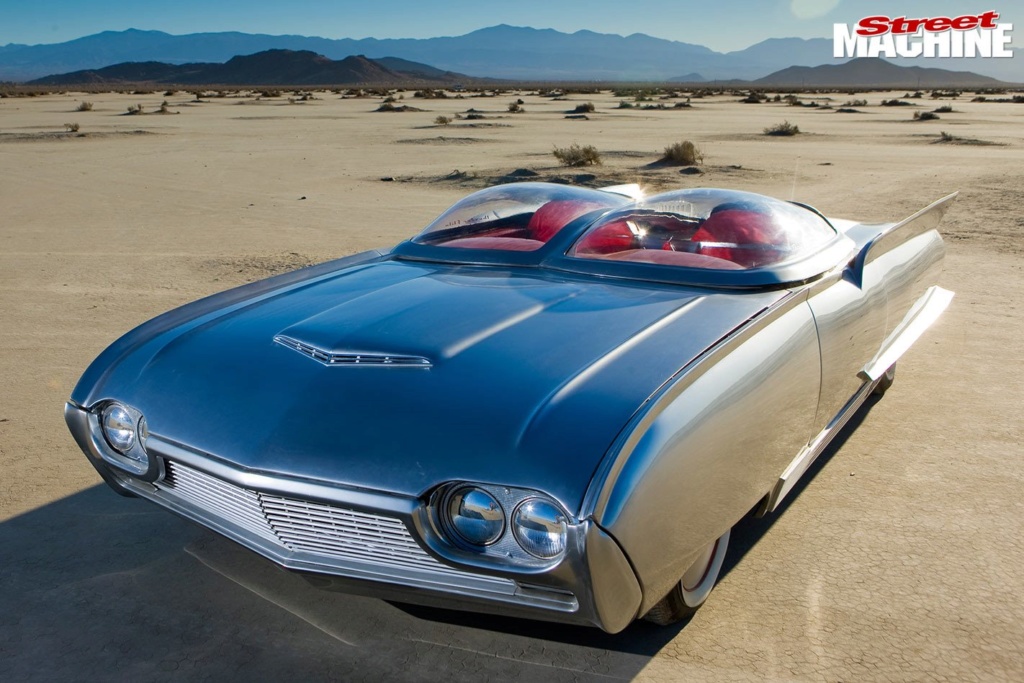 “I kept wondering what it would have been like if Ford had built its own car of tomorrow. How would they have visualised radically new Thunderbirds for the 60s?

“On that napkin we tried to draw that Ford concept. We imagined it as a sleek and clean shape on the outside with fenders enclosing all four tyres. What we ended up with was a fuselage-type body with fins sprouting from everywhere.”
_________________
We don't care the People Says , Rock 'n' roll is here to stay - Danny & the Juniors - 1958 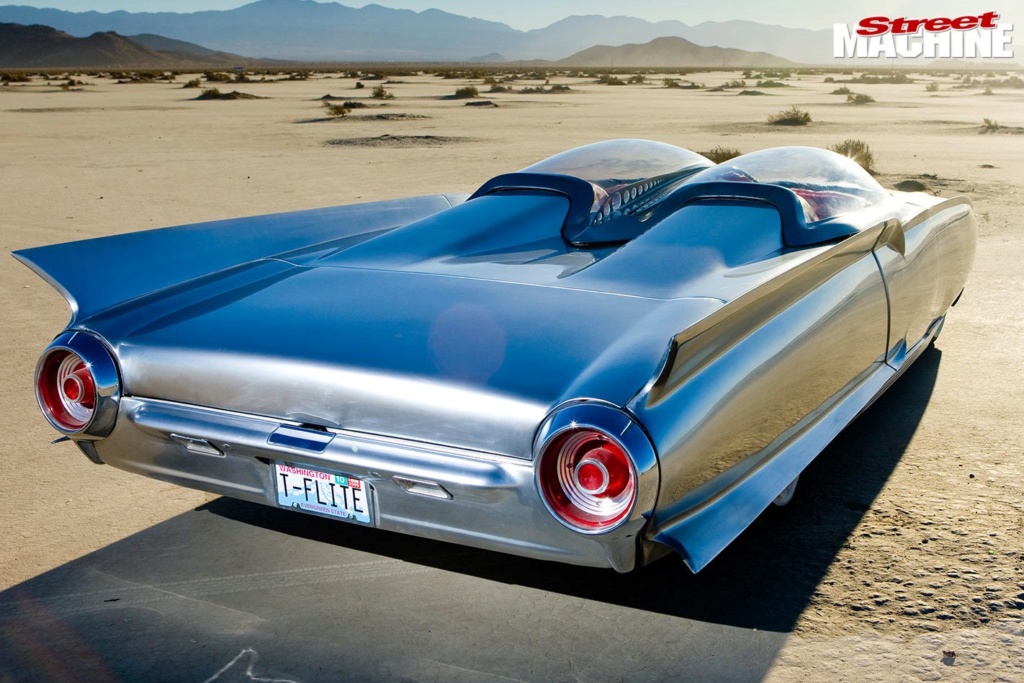 Next they added thin seats that looked like they’d been plucked from a top secret fighter plane. Naturally the controls and gauges had to be equally flight-inspired, and the theme was rounded out with two glass canopies.

“We came up with this imaginary scenario where Ford in the 60s realised that having built the car, they couldn’t show it because it would appear out of step with current thinking, so they mothballed it. However, as often happens in reality, a legend built up around the project. The final piece of the puzzle is that Suzie and Dean Arnold discover the car and decide to restore it to original condition.” 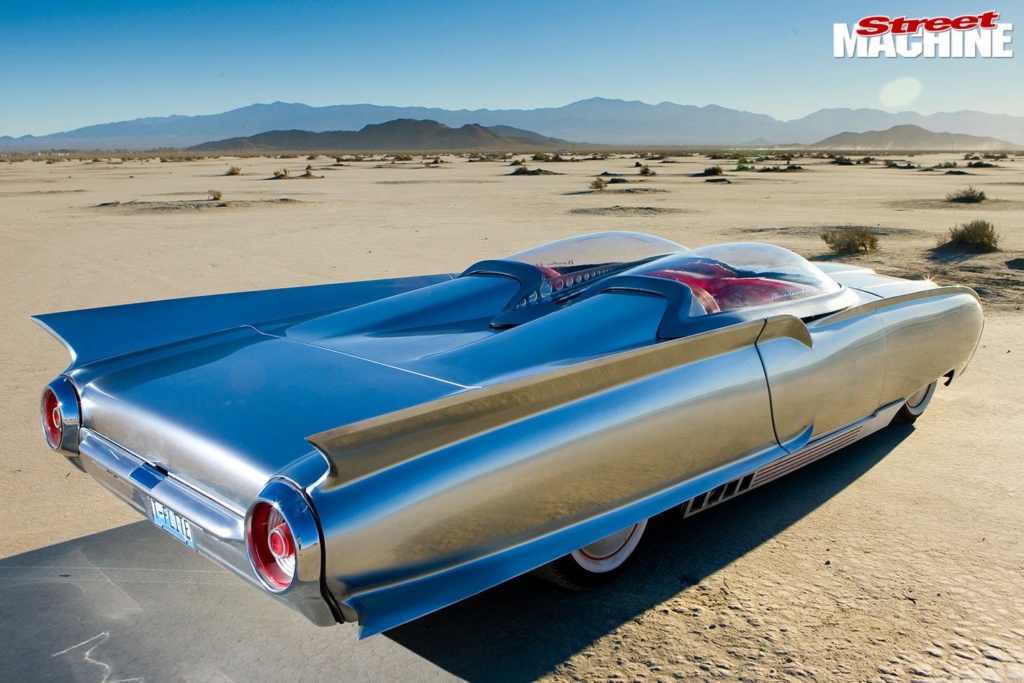 The drawing on the napkin and the fictional back story led Dean to Don Johnson’s door. Don’s a consultant specialising in automotive and yacht design, and was the ideal partner to realise the Thunderflite concept. He turned the sketch into a series of design studies until they had enough for the real work to start.

Dean’s been building cars for 40 years — he won his first trophies aged 13, for Best Paint and Best Upholstery at a soap box derby — and he knows his way around Thunderbirds. 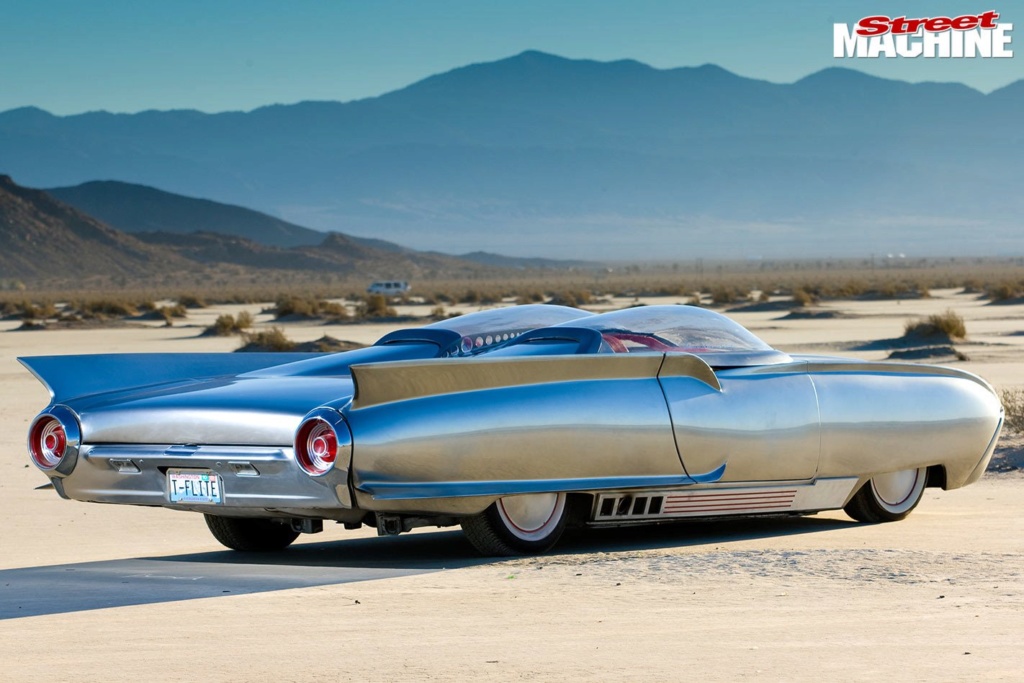 “We bought the base car for $700. A few years ago I built one using a ’61 Starliner roof — it was in all the magazines. Not long after we built a second T-Bird. “Getting the initial shape wasn’t the big issue.” 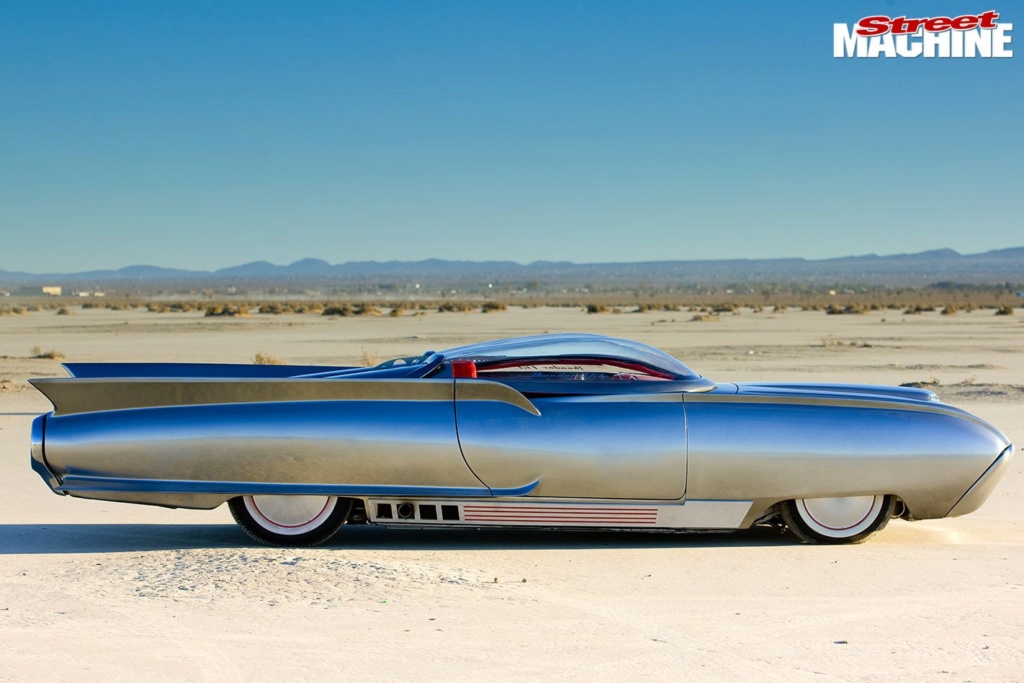 Much of the car was handmade, including the fins and front bumper, Dean spending days shrinking, stretching and working with his English wheel to make his concept flawless and believable.

A cursory glance tells you Thunderflite is as much about art as engineering. Take the drilled detail running between the bubbletops. Dean shakes his head. “The inspiration for that came from 20,000 Leagues Under The Sea and Captain Nemo’s Nautilus. At the time people said the car didn’t need it and I was nuts for considering it. I said: ‘Wait and see.’ Now everybody raves over it.” 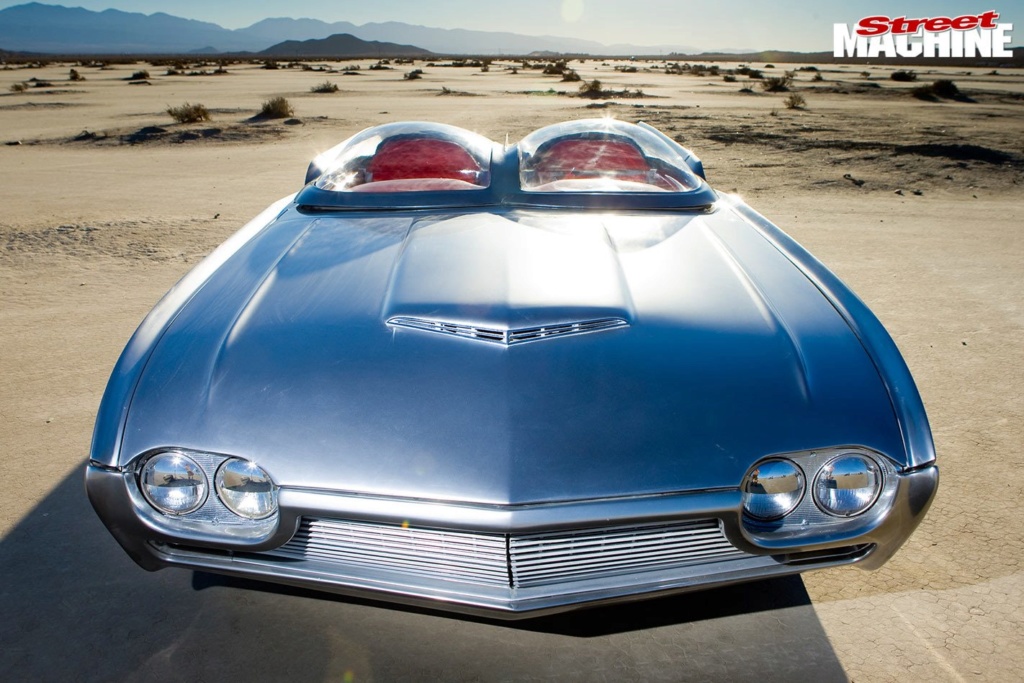 Unlike most concept cars, Thunderflite is a driver and runs a chromed 302ci V8 with red metalflake accents, Koolflex hoses and a Flex-A-Lite fan and radiator. A Holley intake manifold and 650 carb sit on top while dual Cherry Bombs handle the exhaust. The tranny is the original modified, and the independent rear is from a 1994 SHO Thunderbird. Stopping power comes courtesy of drums at the front and discs at the rear. 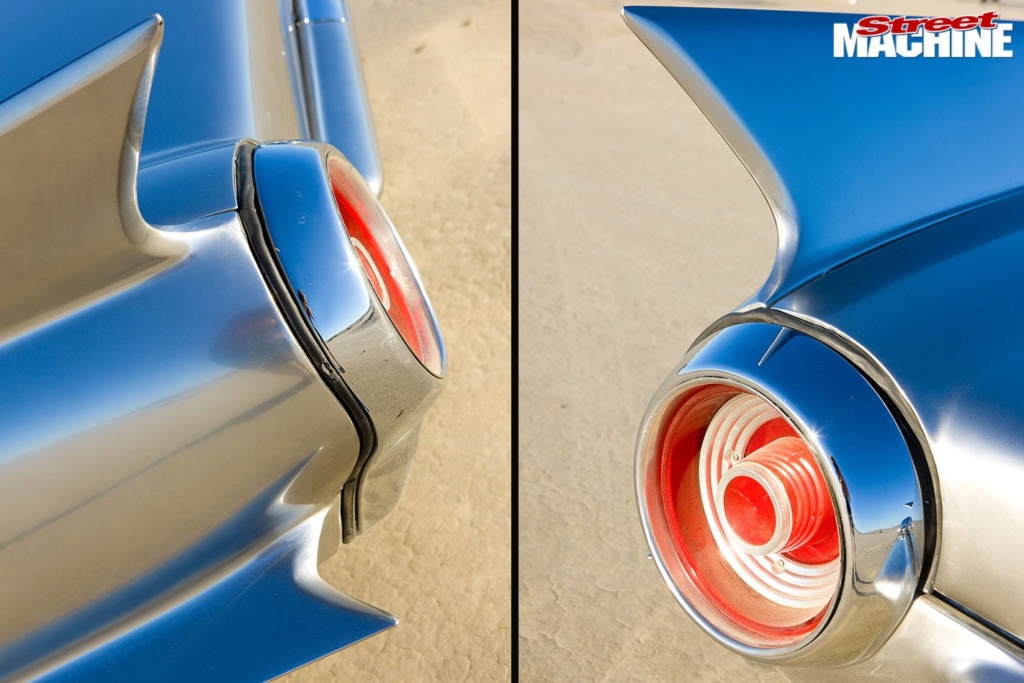 “As time went by it started to become clear that we really could see the dream through,” Dean says. Tragically, Suzie unexpectedly passed away just as they got to that stage. Obviously that was a crushing blow but with the help of his close friend Mark Schofield Dean managed to keep body and soul together. Not only did he find the focus to finish the car he’d dreamed up with Suzie but the dedication to do it perfectly.

No matter where you look, the design is effortless and faultless, and the House Of Kolor paint makes Thunderflite look like it was fashioned from a solid block of aluminium.
_________________
We don't care the People Says , Rock 'n' roll is here to stay - Danny & the Juniors - 1958 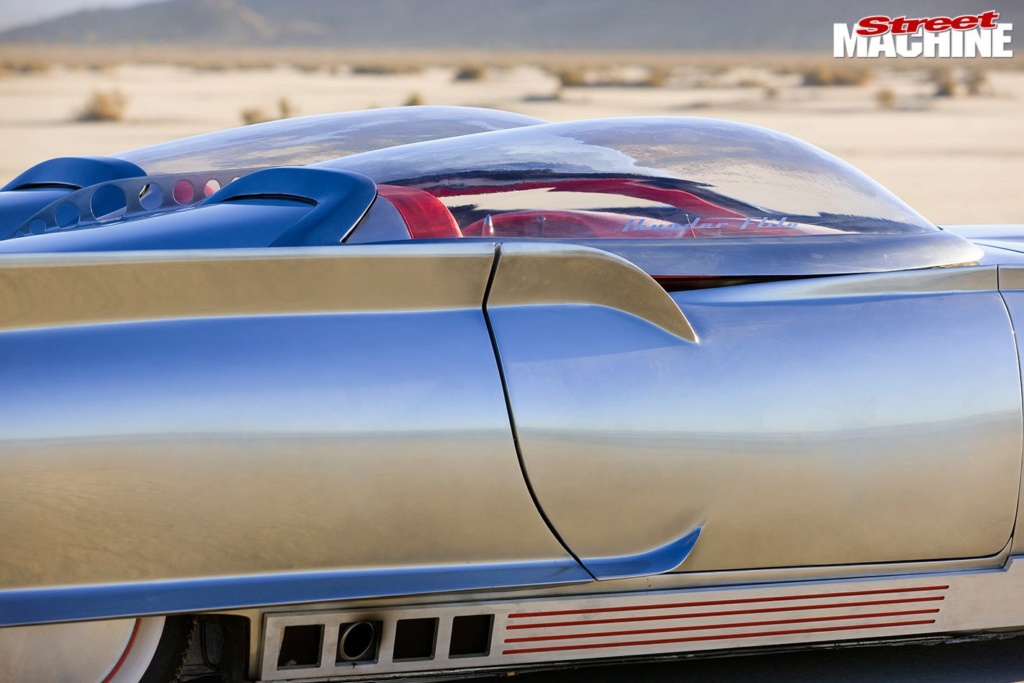 And then there are those bubbletops. Money was tight throughout the project and the situation wasn’t helped by the canopies.

“We thought they’d be a piece of cake; I mean everyone’s done it. But we actually have three months’ work in those things. After 10 failures we found the Flex-A-Lite Corporation, which helped us get to where we are now.” 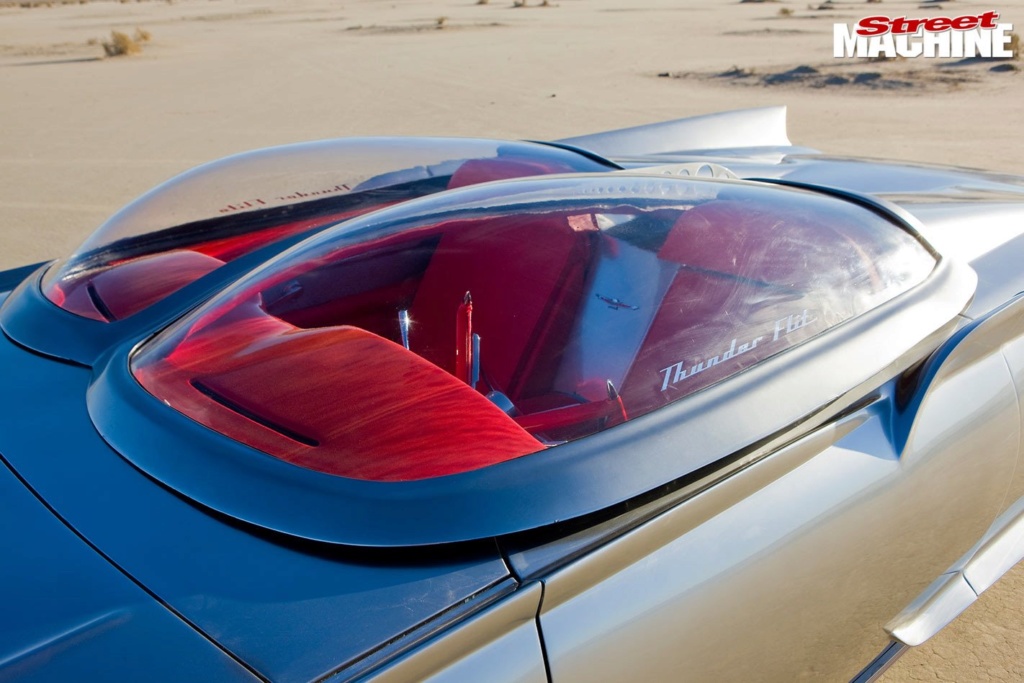 Thunderflite debuted at SEMA, where Dean has shown a new project every year since 1988. But this one was special.

“It’s already one of the most photographed cars I’ve built and the response in Vegas was unbelievable. We couldn’t get near it for the duration of the show.” 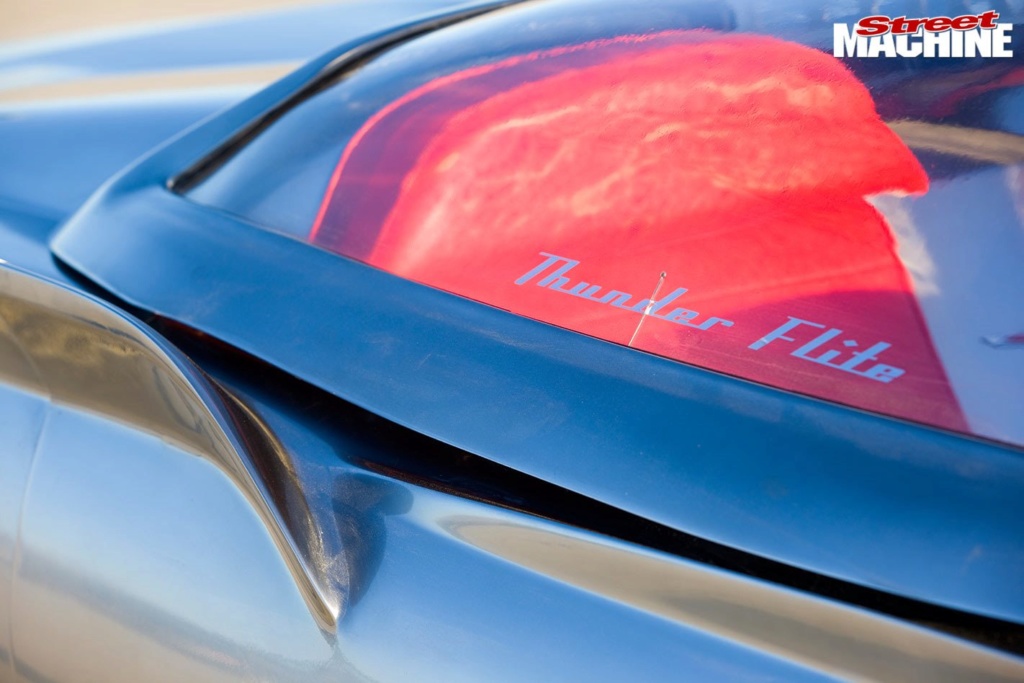 Better still, it took the top spot in a poll of the coolest cars on display.

This drive at El Mirage was another emotional debut for Dean — the first time he’d really driven Thunderflite. On the dry lake bed he had the time and space to enjoy his achievement and to think about Suzie and the pleasure she’d have taken from seeing Thunderflite finished and on the move.
_________________
We don't care the People Says , Rock 'n' roll is here to stay - Danny & the Juniors - 1958 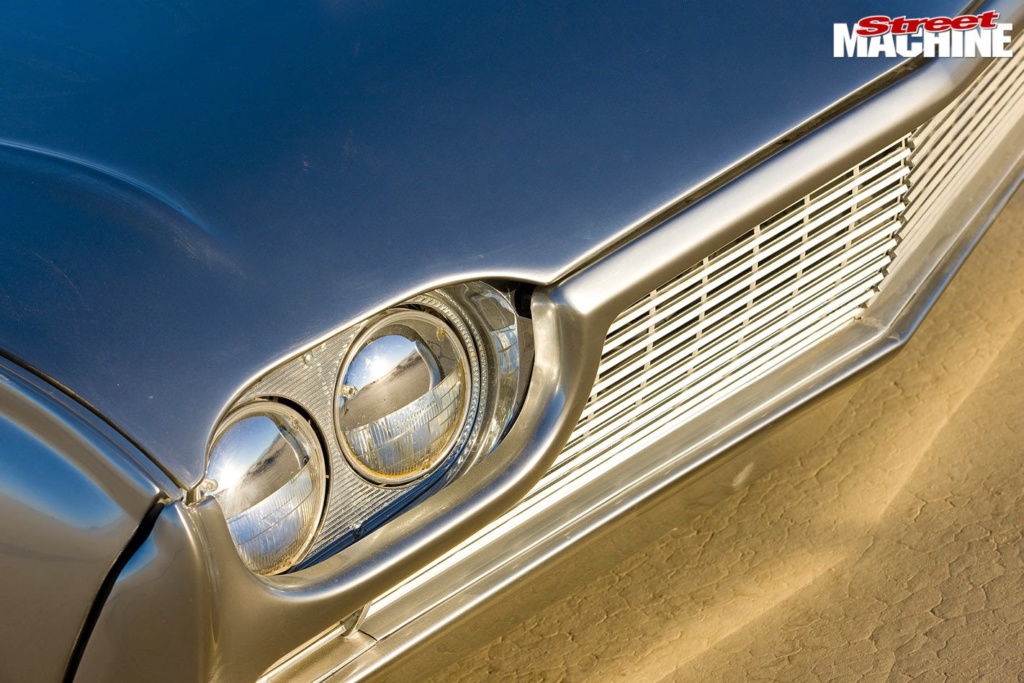 “Being at the wheel for the first time was fun but the strange thing is, you feel like you’re flying. The Air Ride suspension means the wheels turn freely and the bubbletops are really good optically, although I might have to get cameras for reversing!” 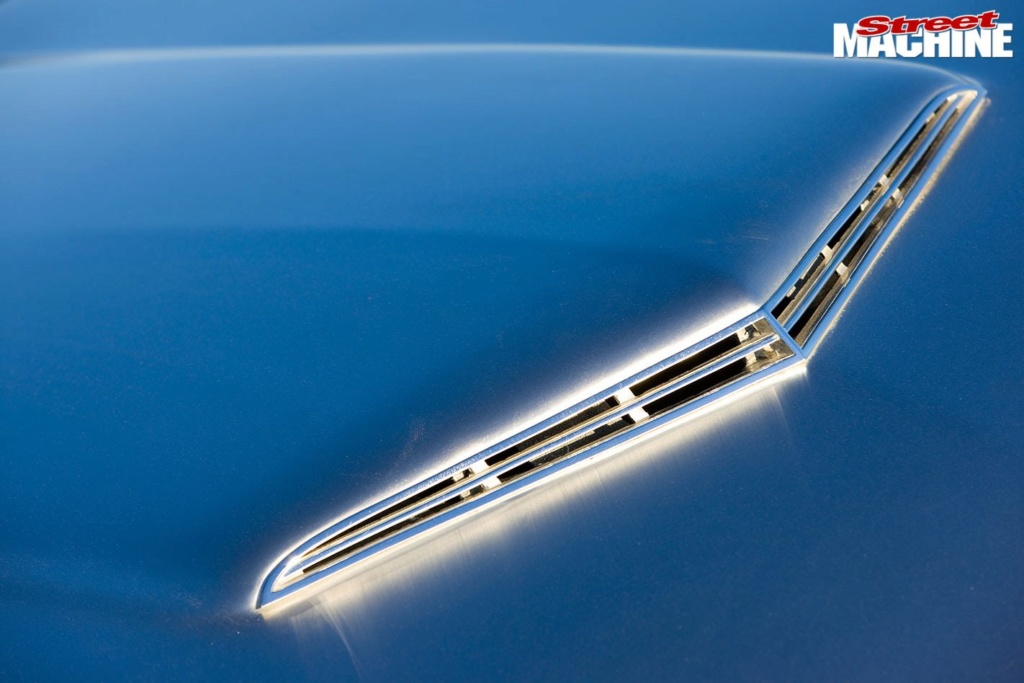 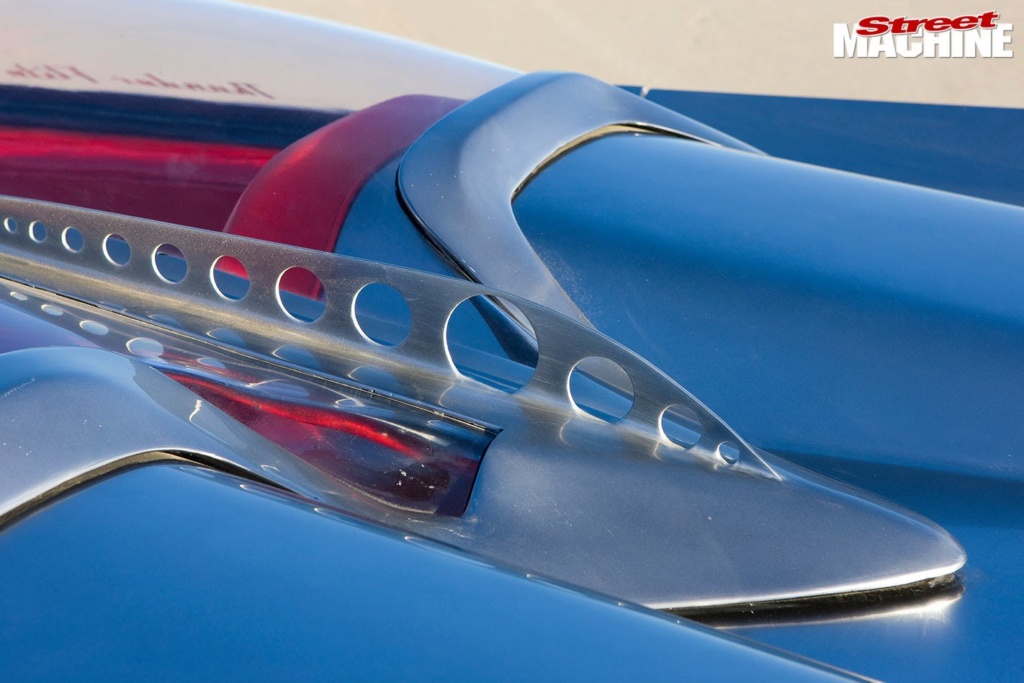 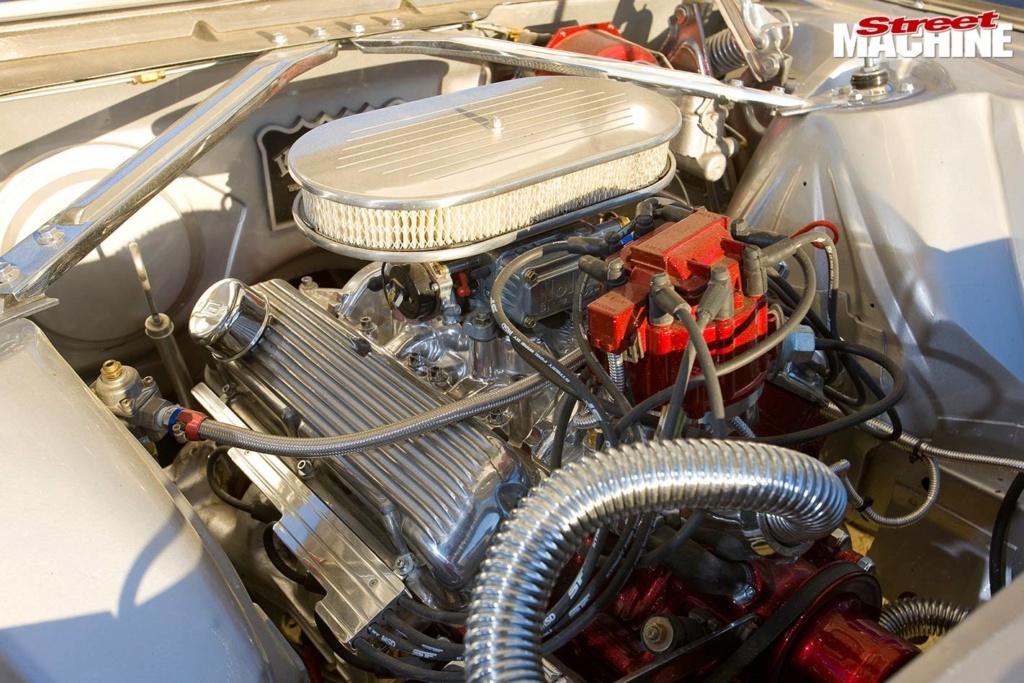 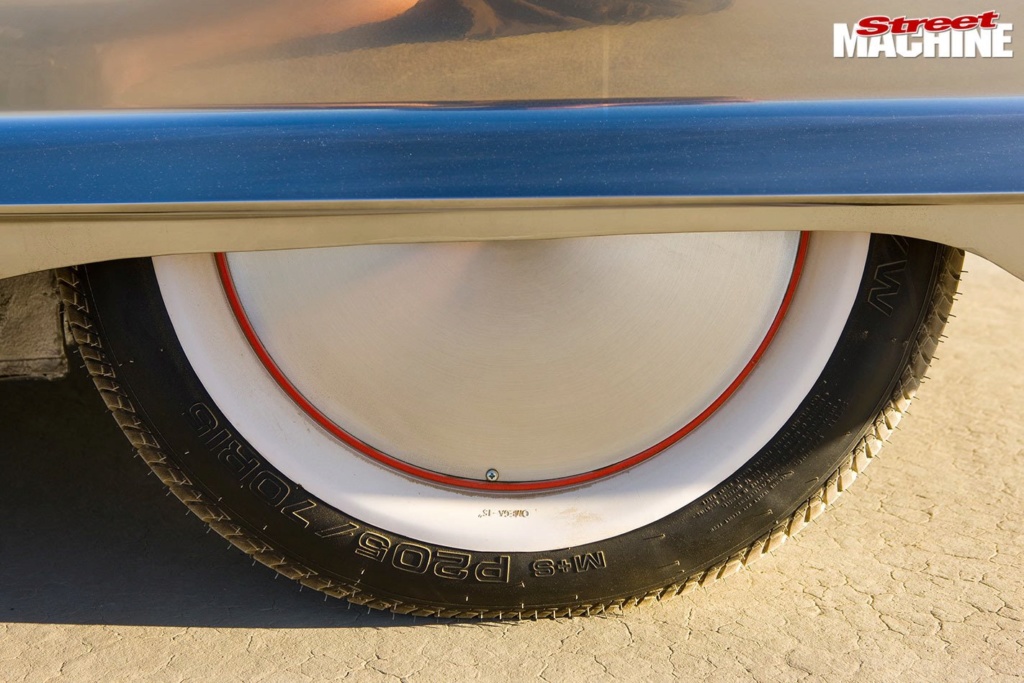 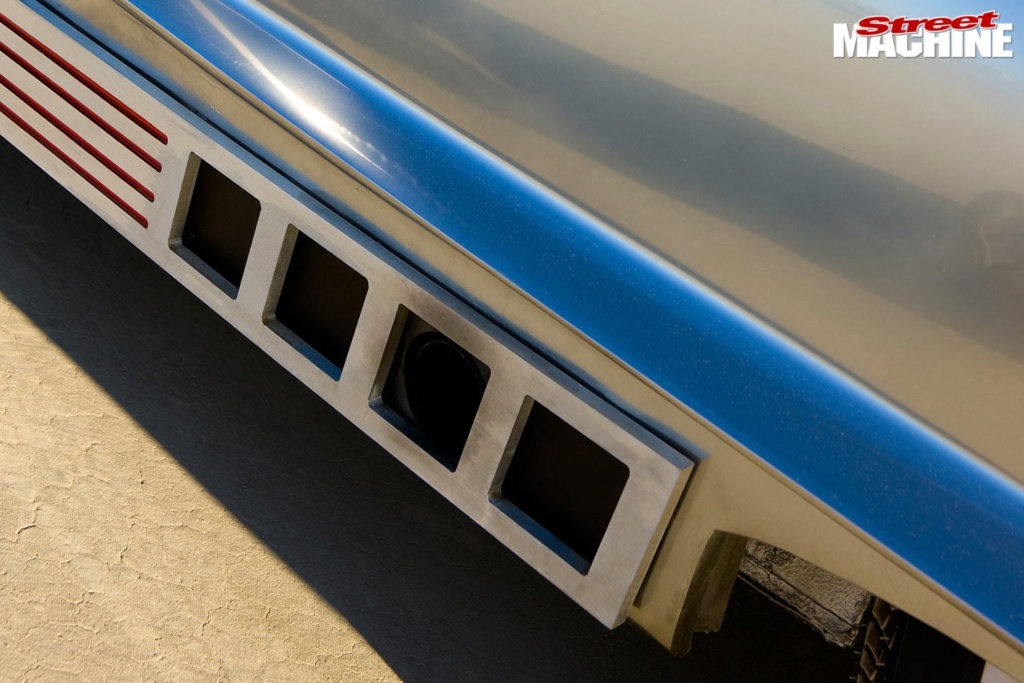 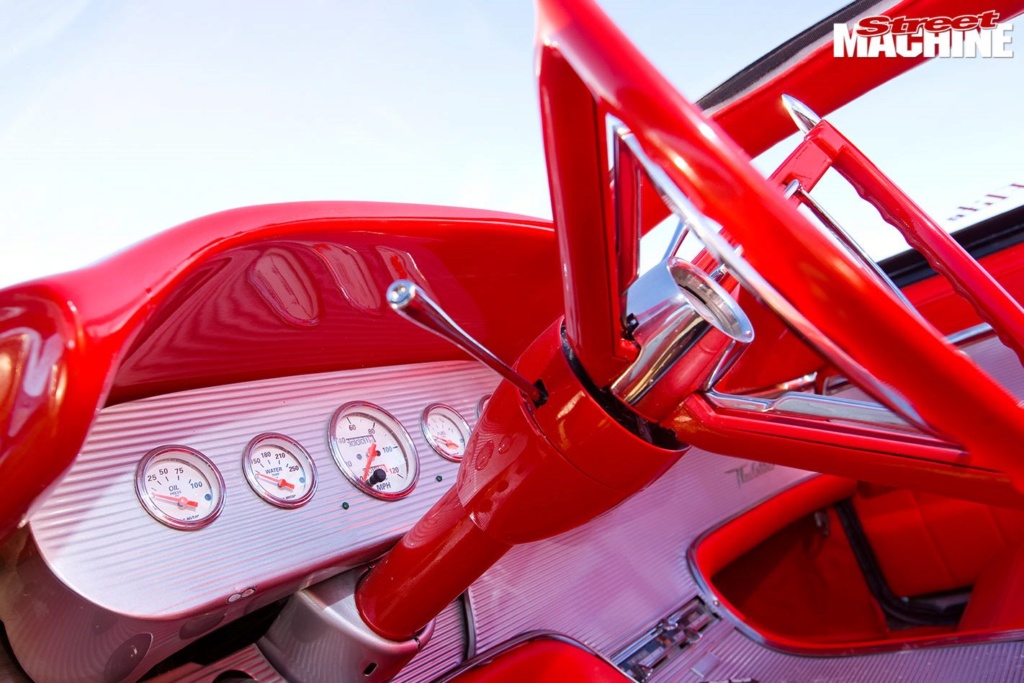 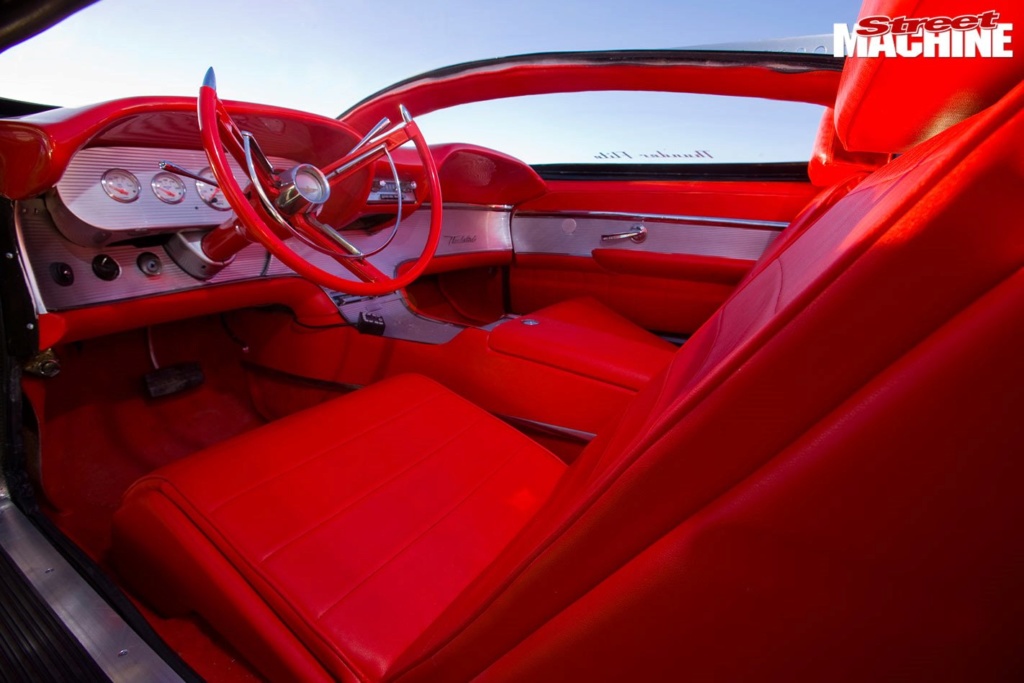 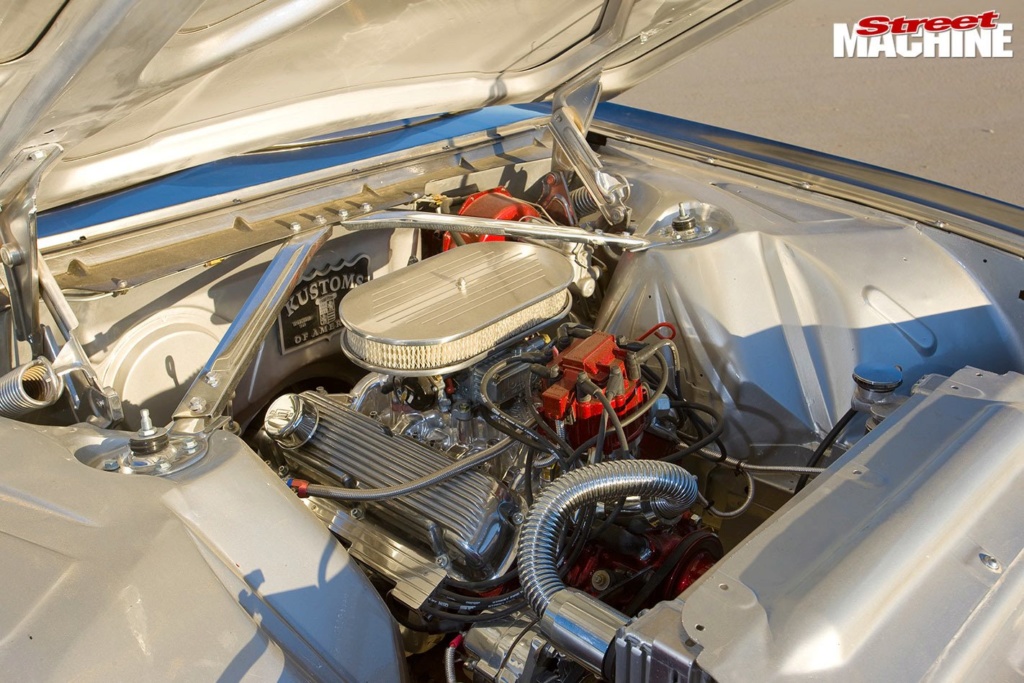 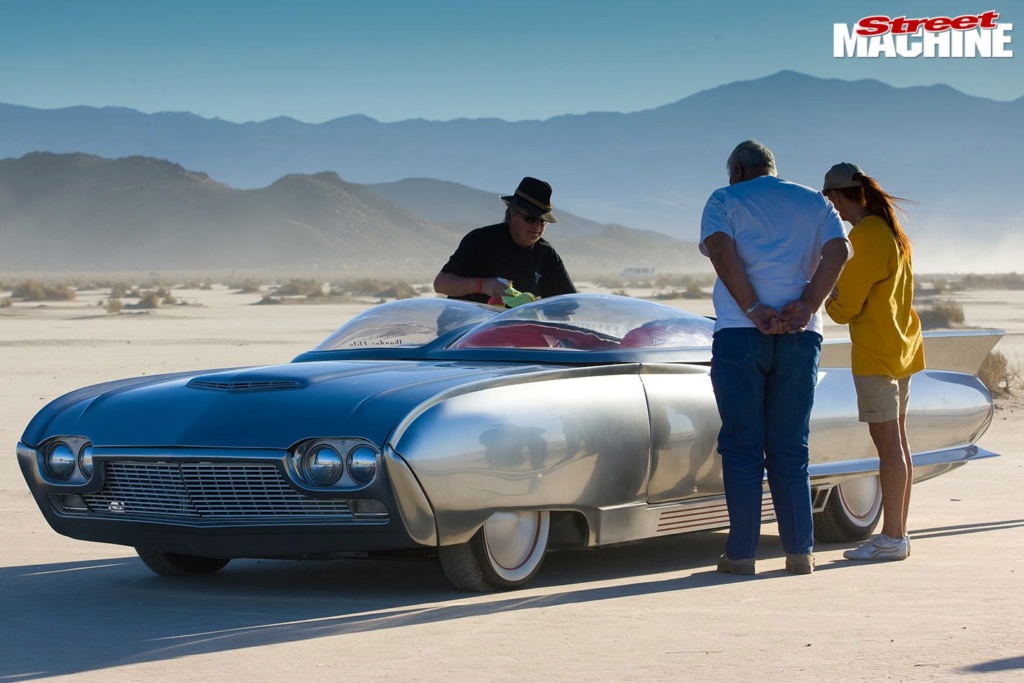 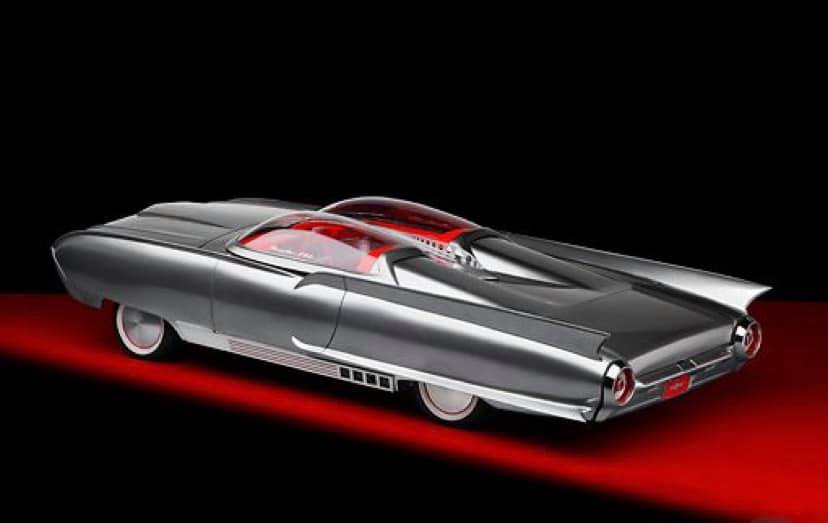 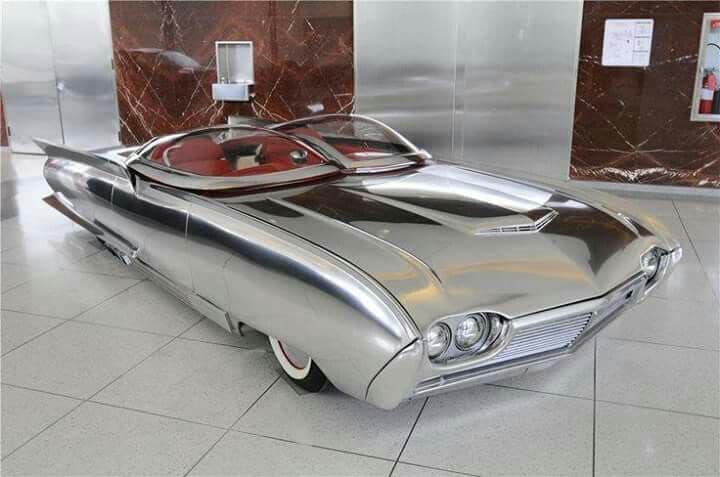