THE car won international acclaim for its elegant styling, including the cover of Japanese Cruisin’ magazine. Here is the original story we published on the car, back in the July 2005 issue of Street Machine. 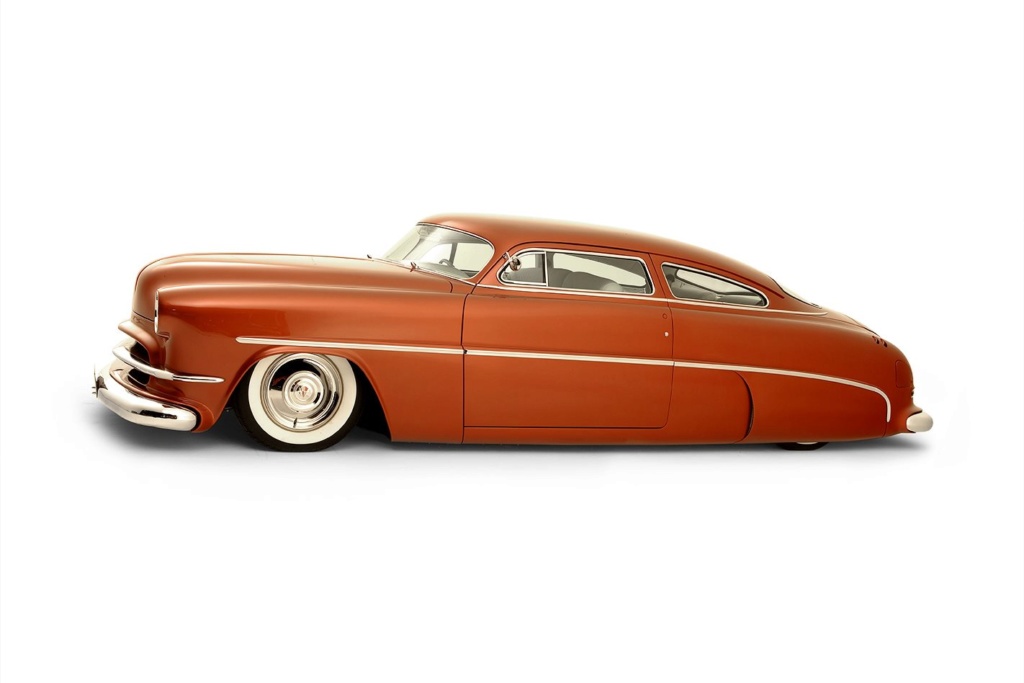 The most talked-about car at the 2005 Street Rod Nationals on the Gold Coast wasn’t a street rod – it was Paul McKennariey’s gorgeous 1948 Hudson Commodore. Paul drove the just-completed work of rolling art from his home in Brisbane to the Gold Coast, claimed Top Radical Custom and put in lap after lap of the Parkland’s cruising track. Yep, this baby was built to drive!

The car was cleaned up in time for the Brisbane Hot Rod Show, where it again won Top Radical Custom, along with a Top 10 berth and an invitation to the Meguiar’s Showcar Final in Sydney, where it went head-to-head with the cream of Australian street machining.

Paul is a long-time hot rodder but this time he had a desire to tread a new path. 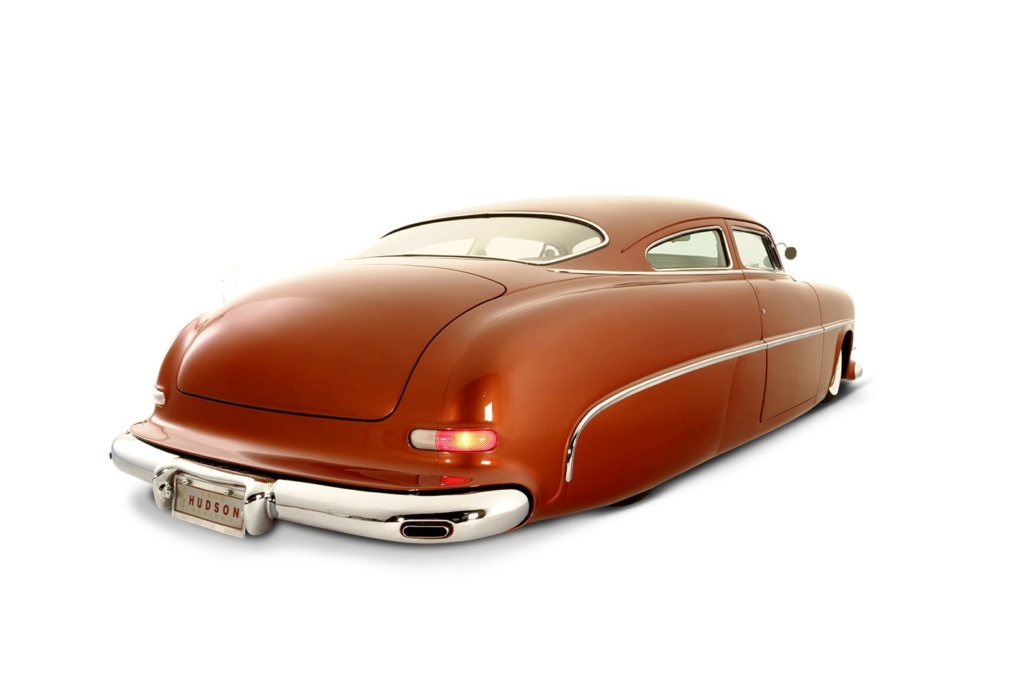 That means lots of smooth custom body work, but without the dummy spots, lakes pipes and peaked headlights that appeared later in the 50s. That is a pretty specific genre to aim for but the resulting car is just outstanding.

Other Hudsons have copped the lead-sled treatment in the past, but Paul’s is unique in that it doesn’t pretend it’s a Mercury or hide its Hudson heritage. Instead it celebrates it with a plethora of neat little touches, from the use of ’56 Hudson hubcaps to the gorgeous airbrushed rocker covers proudly bearing the maker’s name.

With these ideas firmly planted in his head, Paul paid $700 for a 1948 Hudson Commodore in 1998, then turned to two of Brisbane’s most respected custom brains to start the process of planning the look of the build – Paul Kelly from Smooth Cruizin and Aden Jocobie from Aden’s Art – along with Kiwi artist Darryl McKenzie, who drew the first line-drawings of the car.

Getting the proportions, trim style, body details and colour scheme just right was an exhaustive process, according to Kelly: “Aden would draw an idea late at night, then fax it to me. I’d get the liquid paper and add my own touches and send it back!” From here Aden drew up a number of beautiful colour renderings for McKennariey’s appraisal, as well as a bunch of 1/10th scale models so everyone could see how the different colours looked when laid over the curves. 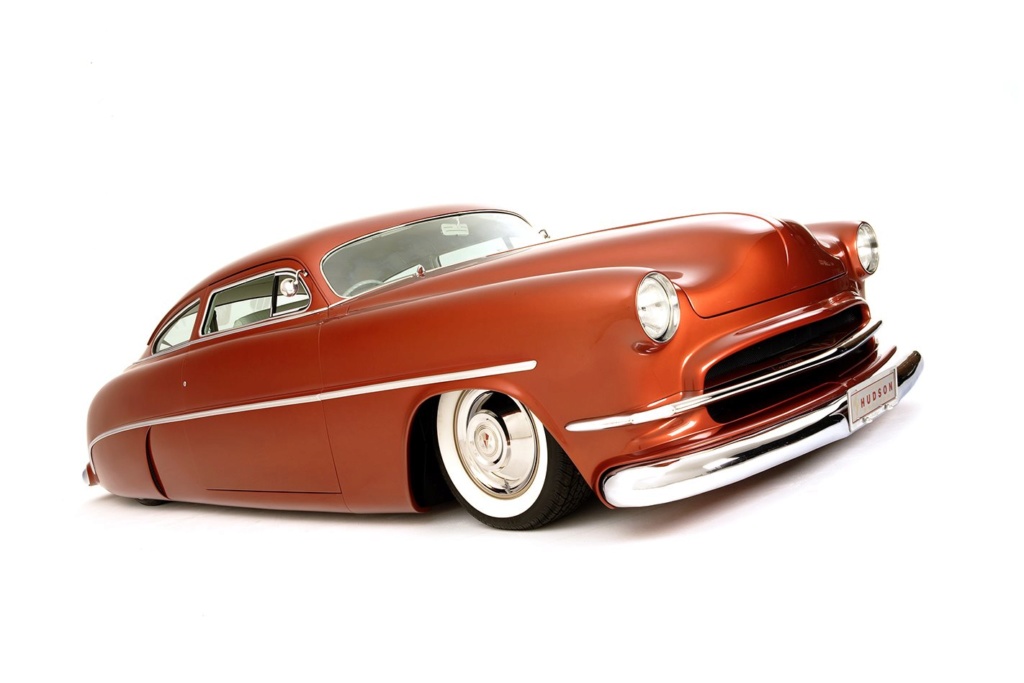 With the details settled, Kelly started work on the very sad donor car at his Smooth Cruizin workshop, working with engineer Greg Hardcastle to ensure the finished product would be deemed road legal under the special interest vehicle rego scheme. 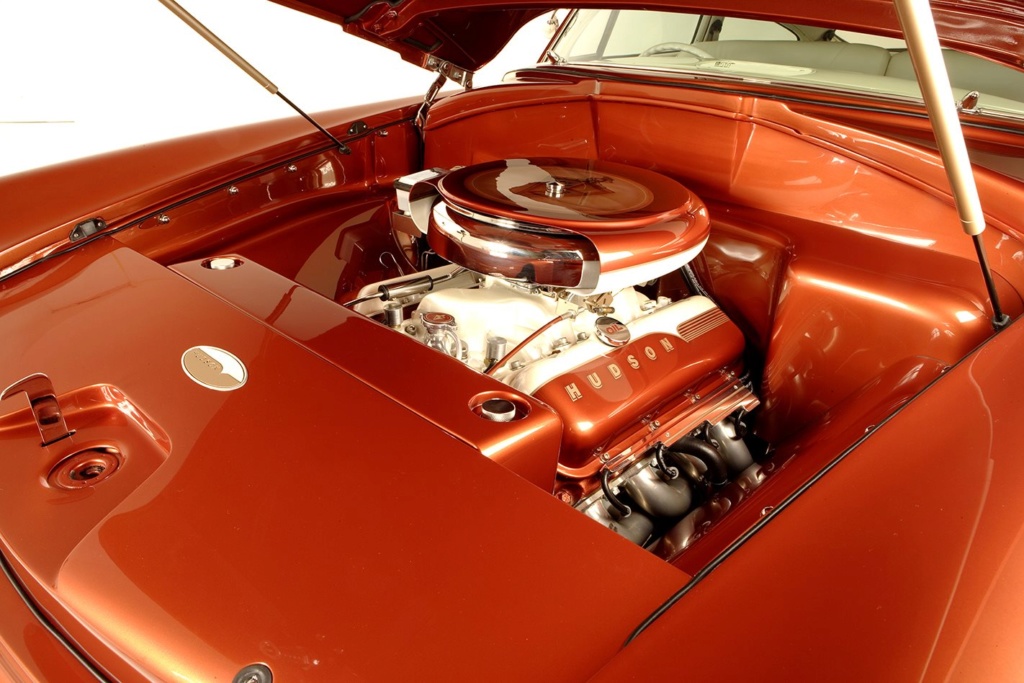 Hudsons were originally of unibody construction with a perimeter chassis, but as McKennariey wanted a car that drove much faster and sweeter than the original, Kelly fabricated a strong conventional-type chassis, using one-tonner front subframes to support the planned Chev 454/TH700/nine-inch running gear, along with the HQ front end and four link rear.

From here, the body was braced, the firewall and floor cut out. The new firewall is basically HQ, to mate up to the HQ subframes and to use the factory master cylinder and heater mounts. The new floorpan was entirely hand-formed and is stepped at the rear to clear the suspension and exhaust. 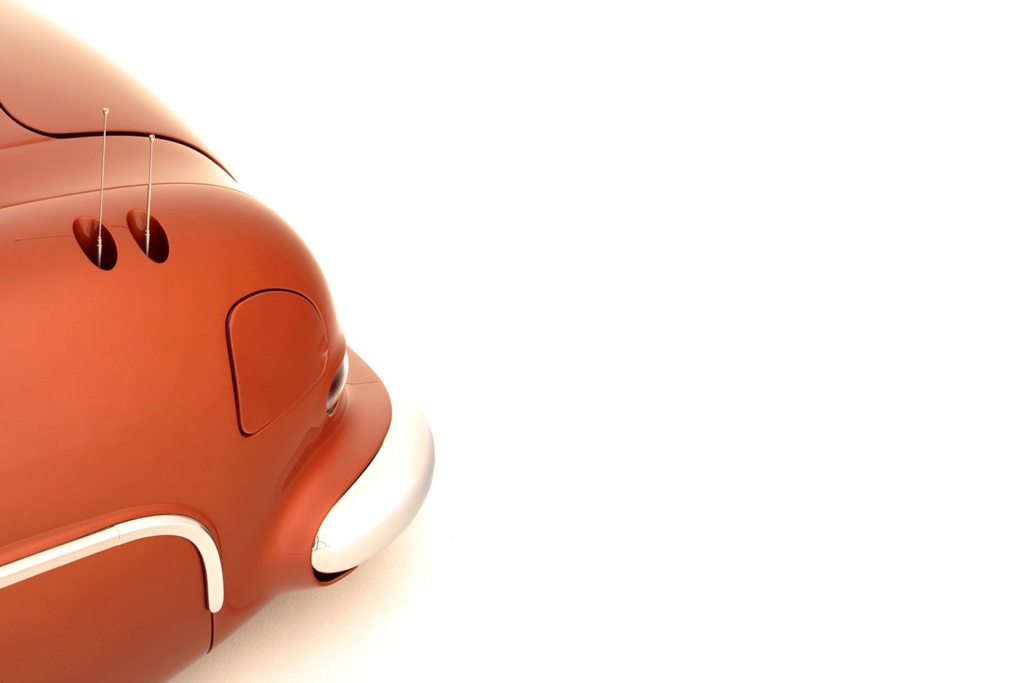 Next came the two-door conversion, using very dodgy US two-door quarter panels as a starting point, followed by the roof chop. Three inches were taken front and rear and when the roof was tacked back in place on the front pillars the replacement rear window from a Morris Marina was fitted.

Hudsons originally had curved front screens in two halves, so the front of the roof, dash cowl and bonnet were modified to suit the one-piece custom screen. Kelly made the patterns and furnace mould for the new screen, which was then made by Stuart at Protector Glass Beenleigh. If you want something similar, you’re looking at a $3500 tool-up price, such is the cost of individuality!

The rear side window openings were made up from four door parts and new sheetmetal to give that factory look. All the internal dress panels and garnish moulds, along with the parcel tray, were either made from scratch or modified from the left-over four-door parts.

New sills and lower quarter panels were made along with the removable fibreglass skirts. At the rear, the original three-piece bumper was narrowed and made into a smooth one-piece item with a modified Studebaker numberplate bridge and openings to allow the handmade exhaust’s tips to protrude. It now fits two inches lower and further back and is frenched into the body. A set of custom tail-lights were fitted into the rear panels to finish the look. 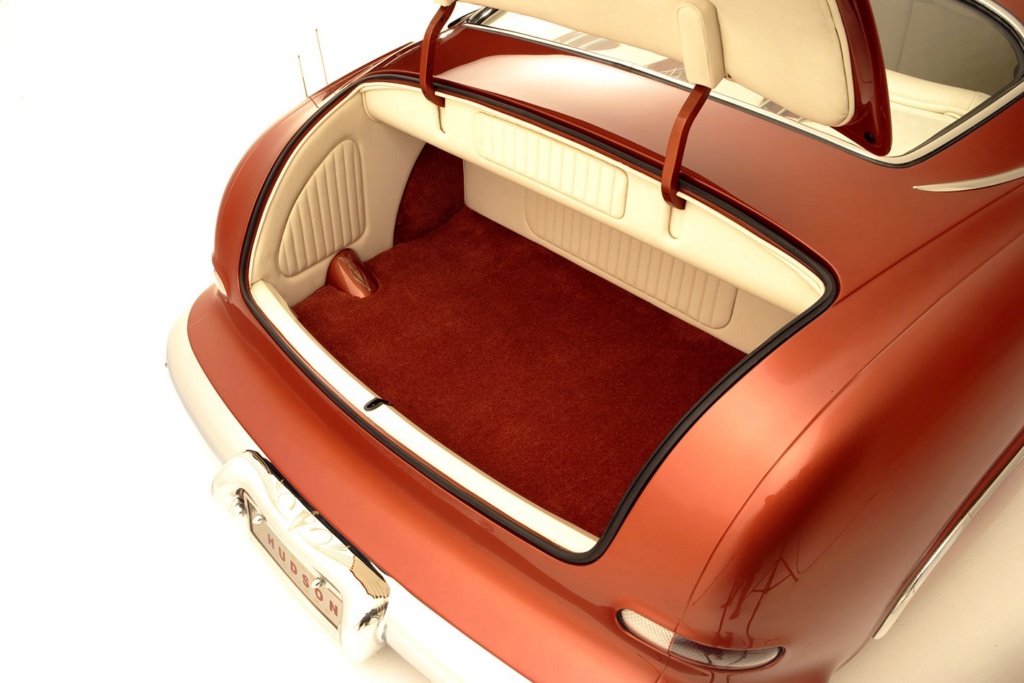 That grill was also custom-made – in fibreglass, by Colin Chapman. Incorporated into it are park and blinker lights. The making of the lenses required patterns that replicated the tapered shape of the grille bar, to form compression moulds that were used to make lens blanks. These then had to be cut and shaped to fit the openings in the bar. The bumper received similar treatment as the rear and is frenched into the front. The bonnet was then modified to match the front panels.
_________________
We don't care the People Says , Rock 'n' roll is here to stay - Danny & the Juniors - 1958 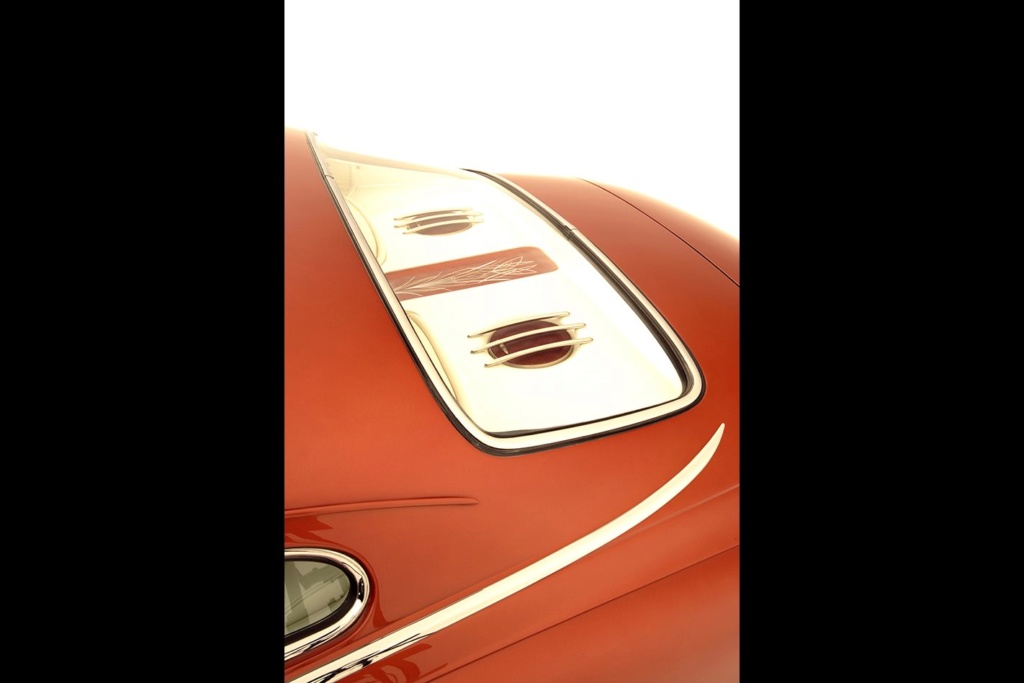 That grill was also custom-made – in fibreglass, by Colin Chapman. Incorporated into it are park and blinker lights. The making of the lenses required patterns that replicated the tapered shape of the grille bar, to form compression moulds that were used to make lens blanks. These then had to be cut and shaped to fit the openings in the bar. The bumper received similar treatment as the rear and is frenched into the front. The bonnet was then modified to match the front panels.
Engine bays in customs rarely see much detailing as the main attraction is the body and the cars are traditionally displayed with the bonnet down. But this custom has received more than its fair share of attention under the hood, with more hand-formed panels, concealed accessories and tasteful detailing of the motor and fittings. The underside copped the same treatment, with fully louvred belly pans and other panels covering the detailed belly.

To finish off that 50s look this car needed mouldings. Val Neil was called upon to work his magic and a selection of stainless mouldings from several makes and models were modified and beautifully finished – in some areas, patterns were made and brass sections were cast before being chromed. 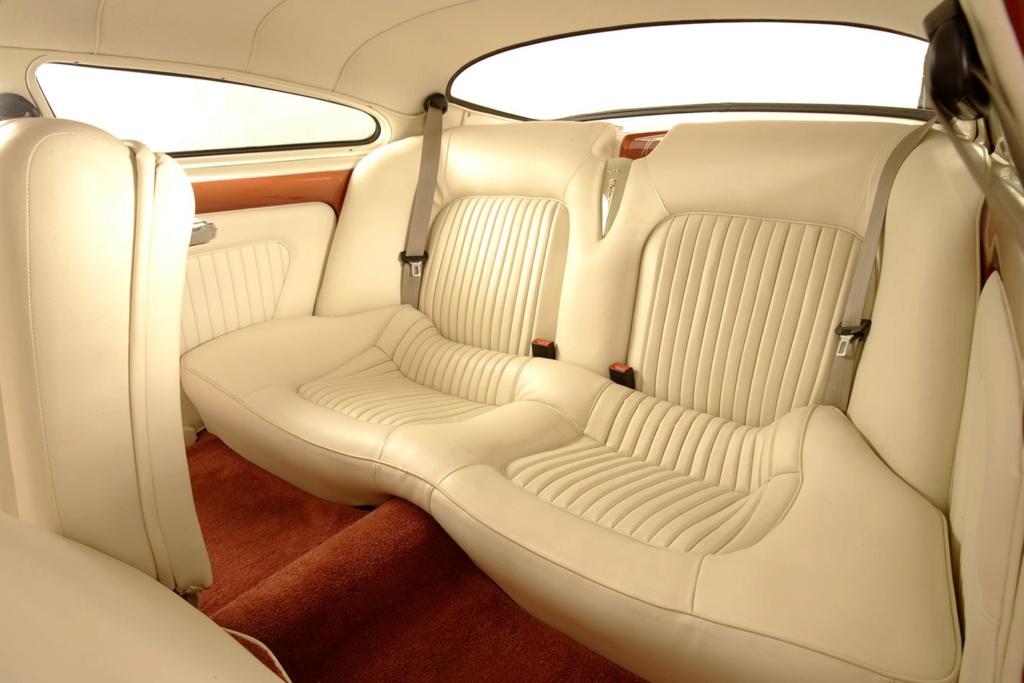 The interior had to have that 50s look but conceal the modern comforts. The plush rear seat is a combination of Camry and Celica, modified to suit. The front seat was originally a Hudson unit but as with everything else it has had a little attention. Trim colours and patterns complement those of the body.

The dash looks factory at first glance but again, it’s been extensively modified. A new centre fascia was made to house the Classic instruments and combine with the original die-cast mouldings and radio. Under the dash is a panel that houses and conceals controls for air-con, CD player and more.

The steering column is GM with a restored ’54 Hudson steering wheel; all the dash knobs were painted to match the interior colours and control a selection of functions, including the headlights, boot release, wipers and handbrake release. Restored door hardware operates the wind-out quarter-vent windows and single-touch electric windows. 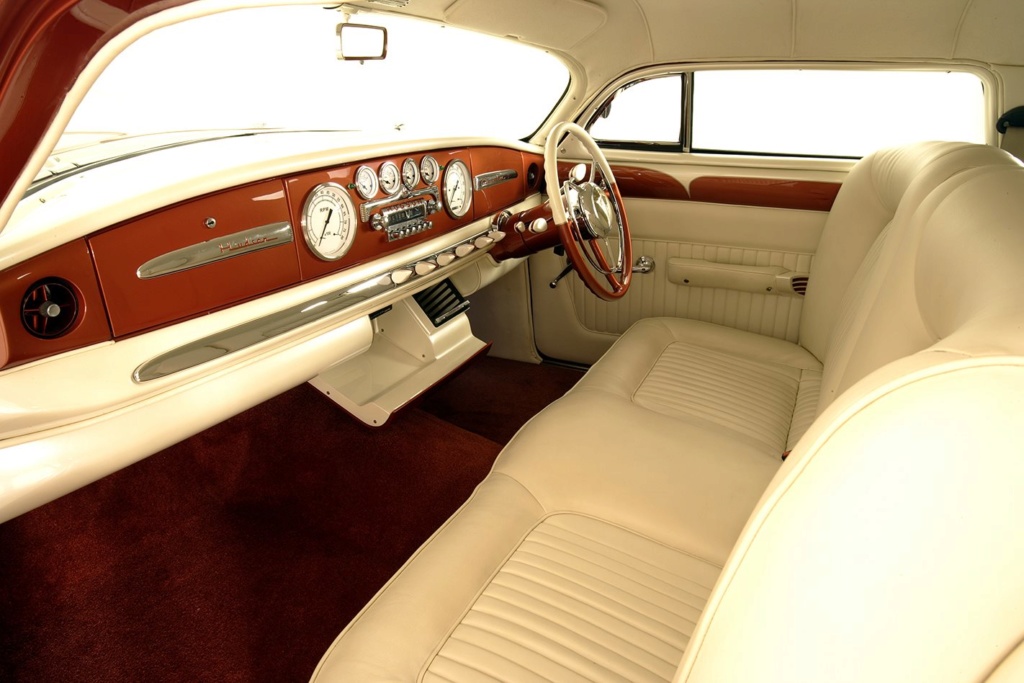 With the Hudson now looking like a car, it was completely dismantled so the undercarriage and running gear could be painted. With the body prep completed, the car was handed over to Lindsay Houston and his team at LDI Kustom Koncepts. They carried out the paint prep and application of the PPG Sunset Orange on body and interior. Lindsay also performed the intricate pinstripe work and airbrushing. The LDI team then undertook the mammoth task of final assembly and detailing. They also rewired and installed all the modern electronic components – including the Alpine CD stacker, electric windows, air conditioning and airbag controls.

If you get the chance to check out this car while it’s stationary, make sure you give it a good look. Check out the amazing shape and gorgeous proportions but also take in the subtle details that make it so cool. Then tell your mates about all the parts that were custom-made especially for this car and point out the rounded edges on the doors, bonnet and boot. The only trouble is you really need a stock Hudson parked next to it to appreciate all the work that’s been done. And that is just about the best accolade any custom builder can receive!
_________________
We don't care the People Says , Rock 'n' roll is here to stay - Danny & the Juniors - 1958