To establish an in-house styling department at Nash, CEO of Nash-Kelvinator George Mason hired Edmund Anderson, a former GM styling executive. Anderson began interviewing stylists and clay modelers for his newly named Nash Styling department. He chose one GM colleague and a few young Ford employees. At this same time, Mason hired legendary Italian designer Battista 'Pinin' Farina as a styling consultant. Considered to be 'the Italian maestro of custom-built cars', Farina carried plenty of prestige on his shoulders for his design work on exquisite sports cars in Europe.

At first, Anderson and Farina were on opposite ends, in competition, each trying to outdo each other with competing designs for the upcoming 1952 Nash Ambassador and Statesman, both hoping that their entry would be the win approval by Nash management. Eventually things began to settle and Anderson's job became the one he was hired for, Nash's design chief, in charge of overseeing design activities at Nash. Meanwhile Pinin Farina continued to serve as a consultant to Nash Styling. In his position he gave a lot of creative input and ideas for the full range of Nash cars, while also handling all design work for the 1952-1954 Nash-Healey sports vehicles.

Part of Farina's contract also included that he develop a variety of hand-built prototypes for Nash. The first one completed was scheduled for 1952 and was Farina's proposal for a whole upheaval of the companies ‘senior' cars. Farina was also responsible for other concept cars like the Rambler and Metropolitan proposals. But the most eye catching concept that he is famous for would be the one he built in early 1956, the Palm Beach.

Utterly striking, an all new sports car concept, and the perfect replacement for the Nash-Healey was the Palm Beach. The Rambler Palm Beach Concept was introduced in 1957 but was never mass produced. Rather than being a ‘future show car', the Palm Beach was instead a fully functioning prototype, a car capable of being introduced to the market in a very short time.

The Palm Beach was built on a 101.5-inch wheelbase and was incredibly low at just 49.7 inches, nearly 68 inches wide and measured an overall 176 inches. The exterior of the Palm Beach featured a rounded central air intake surrounded by two oval-shaped air inlets. The front styling was elegant and had headlamps with stylish plastic covers. The lines were articulately sculptured and didn't use much chrome, which compared to other cars of the era, gave the Palm Beach a unique, sophisticated look. Rather than a sport car, the Palm Beach was more of a ‘Gran Turismo' type vehicle. 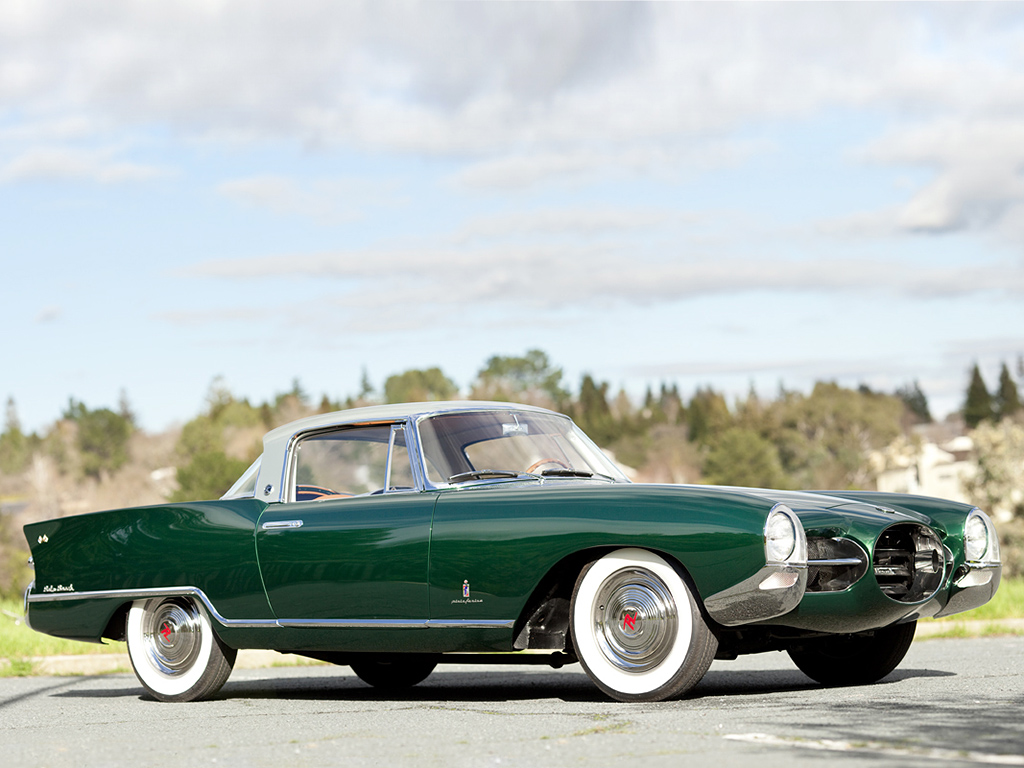 Thought not very practical, the bumpers only had chrome caps on the lower edge of each front fender, which was very aesthetically pleasing. As following in the same ‘dramatic' style was the rear styling with canted rear fins that flanked a rear deck lid crowned by twin bubbles. The lowest end of the rear fenders were also protected by chrome caps.

The car had plenty of space for two passengers along with quite a bit of room for luggage. Originally the Palm Beach was equipped with Nash wheel discs, but at some point they were replaced for wheel covers with the Rambler 'R' on them. The Palm Beach also featured crossed flag emblems very similar to the Nash-Healey's. All of the major mechanical components, including Nash's popular clutch-pedal starting system came from a 100-inch-wheelbase Rambler. This clutch-pedal system replaced the starter button underneath the clutch pedal. To activate the starter the driver had to fully depress the clutch, a safety feature that rid the chance of accidentally starting in gear.

The Palm Beach featured a Rambler flathead straight-six that produced 82hp at 3,800 rpm and 138-lbs of torque at 1,600 rpm. Since the low hood didn't allow for enough room to hold the stock carburetor, a Weber single-barrel, side-draft carburetor was utilized instead.

Enviably lush, the inside of the Palm Beach was shaped nicely, and featured individually adjustable bucket seats that were upholstered in cowhide with a large bolster placed in between them. Large map pockets were placed in each door. A long, thin, floor-mounted gearshift lever was placed at the left of the transmission hump and operated the three-speed manual transmission. The instrument panel was fully equipped with two large hooded dials that held a tachometer and ammeter, plus gauges for water, gas, oil and manifold pressure and comfortably encased the low drivers seat and the two-spoke steering wheel.

By sports car standards, the trunk was quite large, but unfortunately much of that space was taken up by a spare tire bolted flat in the middle of the load floor. The trunk featured its own cover, and one could use it to pile luggage on top of it without it getting dirty, but the luggage had to narrow and flat. 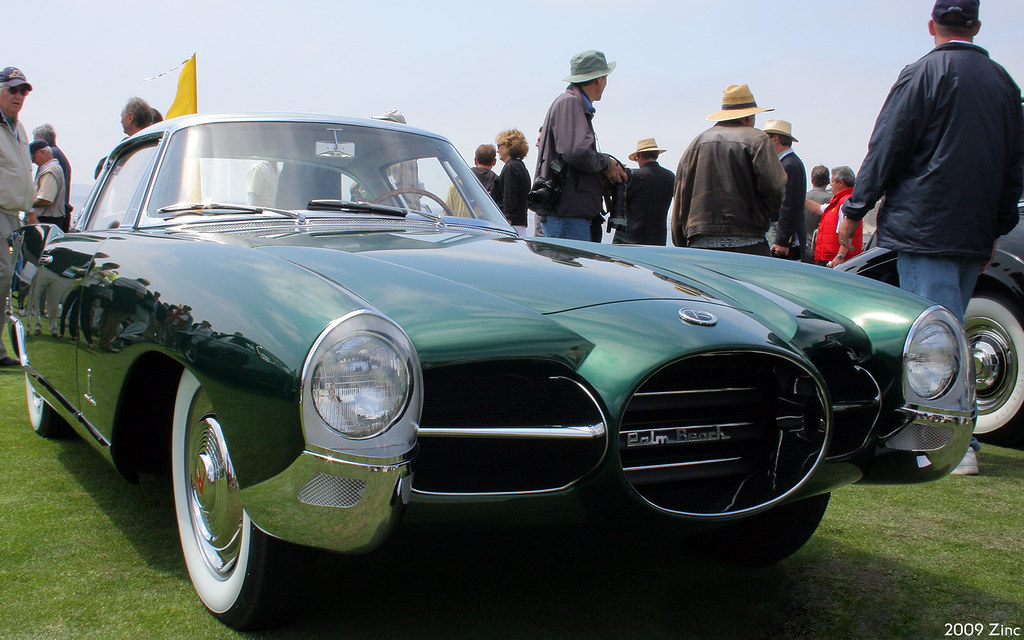 Unfortunately by the time that the Palm Beach arrived on the scene, American Motors no longer had an interest in featuring a sports car in the lineup. Palm Beach ended up becoming a show car that AMC took to numerous auto shows as an added attraction, but never reached the production phase. 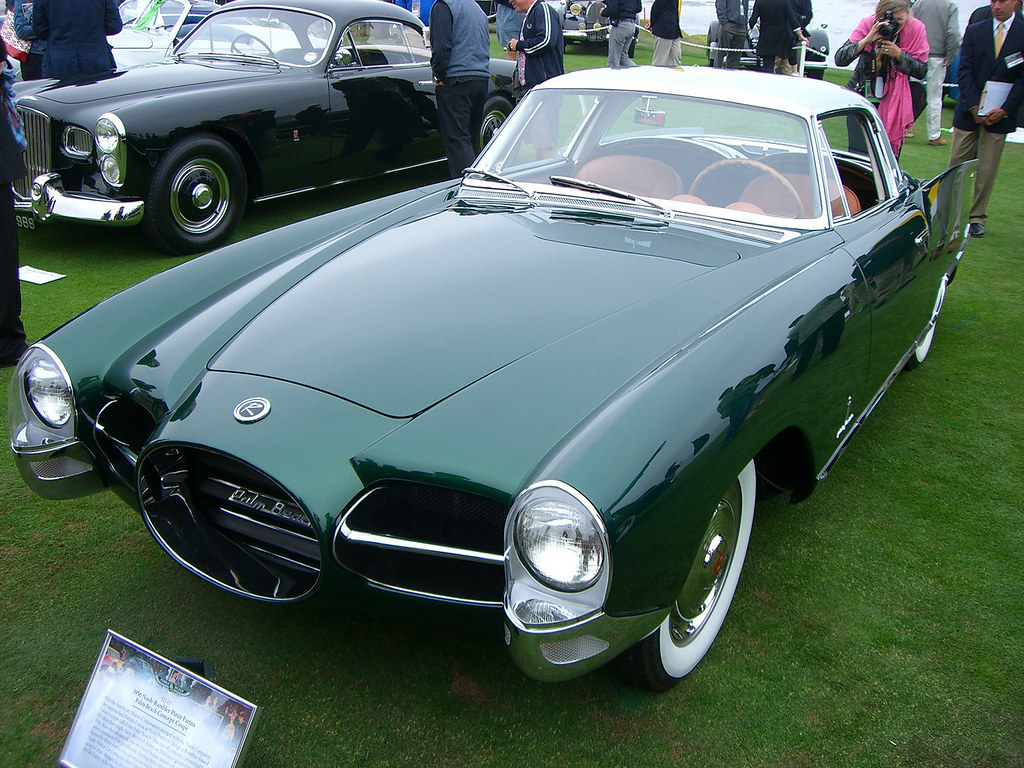 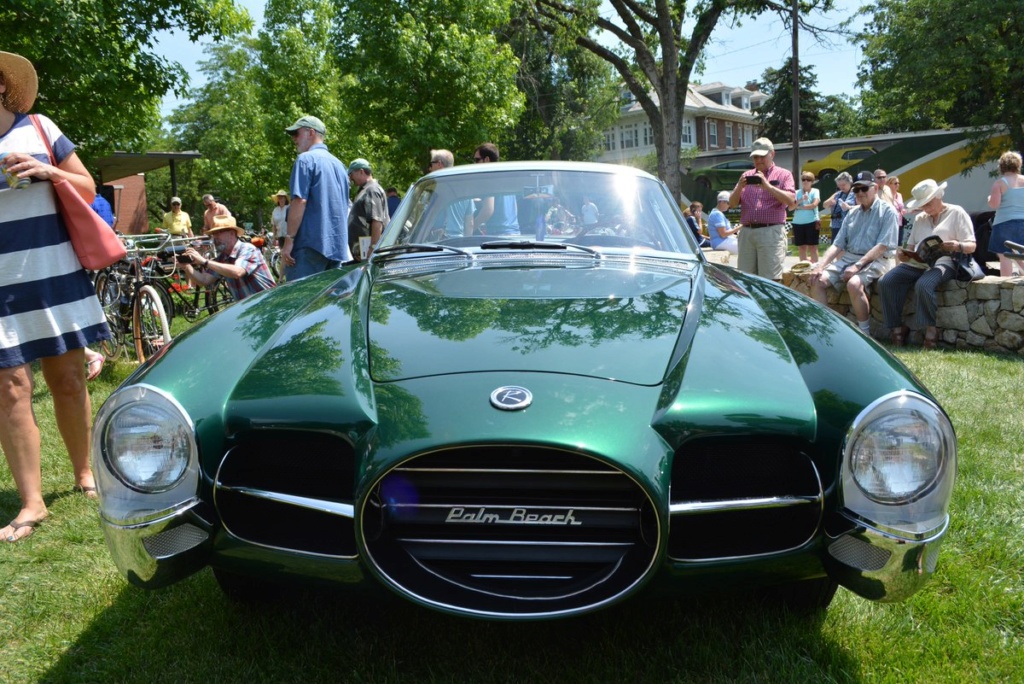 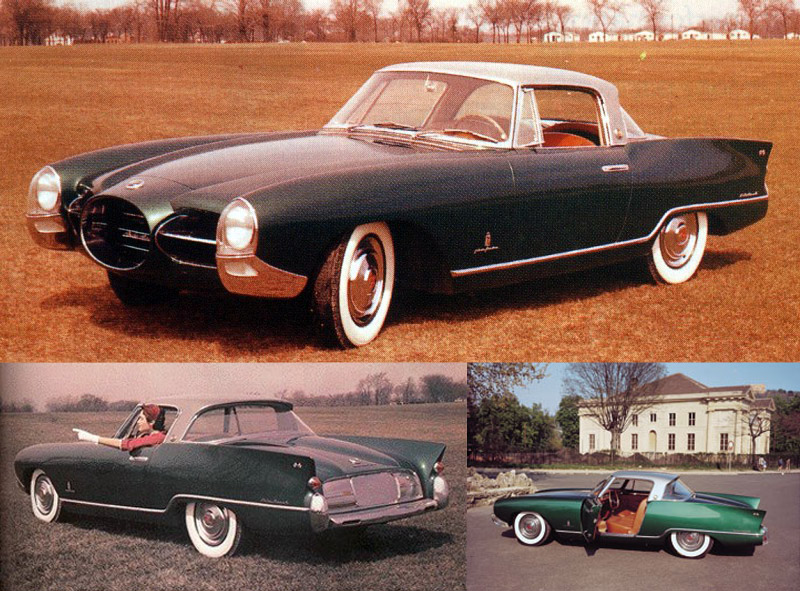