Promoted as “San Francisco’s Most Elegant Motor Hotel,” the Villa Roma opened around 1962 in the city’s North Beach district. The Villa Roma, once located at 1212 Columbus Ave., offered the utmost in modern furnishings, a view with every room, and a fabulous cocktail lounge. Alas, the Villa Roma disappeared in the 1990s, only to be demolished and replaced by a bland mega-Marriott Hotel 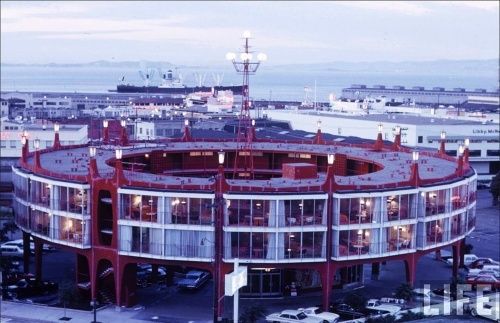 ACT: Steve Jobs moved to Mountain View in 1960 when he was 5 and no doubt made many visits in his formative years to San Francisco, the city of his birth.

FACT: Young architect Norman Foster in 1962 found his way to San Francisco, where he worked briefly before returning to his native England.

WILD SPECULATIVE LEAP: The model for their too-perfect-to-be-true Apple headquarters in Cupertino — a futuristic cross between a spaceship and a doughnut — is Fisherman Wharf’s long-gone Villa Roma motel. 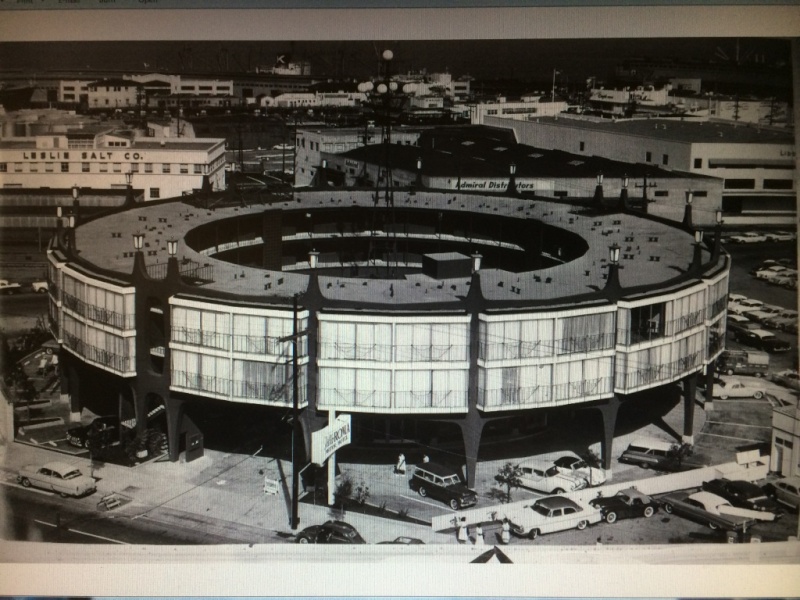 I present as evidence the above photograph of “San Francisco’s most elegant motor hotel” when it opened in 1961. The Chronicle marked the occasion with a plug for the 60-room inn “said to be the only circular motor hotel in America. … Features include a garden restaurant and cocktail lounge, Finnish Sauna bath and a 100-foot ‘Eiffel Tower’.”

The last word in 1982 was provided by Herb Caen, who took note that “the circular and remarkably ugly Villa Roma at Columbus and Bay will be razed next week.” 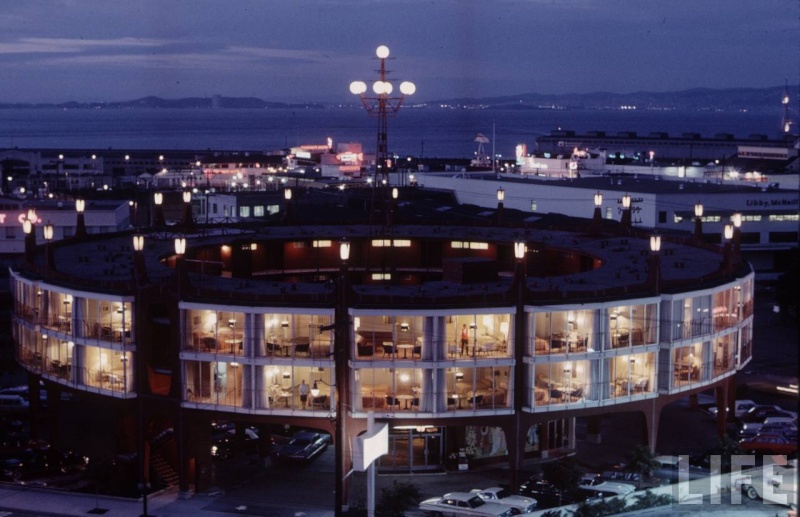 Now the block holds a forgettable Courtyard Marriott, while in Cupertino, Apple is grading 178 acres that will hold a thickly landscaped corporate campus. The centerpiece will be a four-story, 2.8-million-square-foot headquarters that forms a perfect circle large enough for 12,000 workers. It’s metal and glass, with a smooth custom sheen. 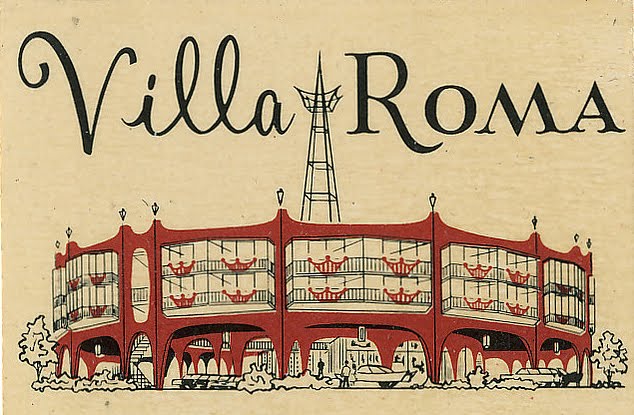 All this is quite a step up from the old Villa Roma, which had a $1 million price tag. But the refined echo of mid-century tourist-themed Americana is palpable in its own crazy way.

FACT: Foster, one of the world’s most-lauded architects, has a love of pure form that’s part of a larger design philosophy that biographer Dejan Sudjic in 1986 wrote “aspires to smoothness, perfection, minimal thickness and elegant, slim jointing.” Jobs had the same ethos, and the same love of logical perfection. “It’s a little like a spaceship landed,” Jobs said in 2011 at his last public appearance, when he presented the proposal to the Cupertino City Council. “It’s a circle, and so it’s curved all the way around.”

Do I think that either Foster or Jobs consciously set out to prove Caen wrong? No. But I love the idea that the hula hoop hostelry at Fisherman’s Wharf was tucked into subconscious of these visionaries all these years — and when they joined to collaborate on the ultimate architectural iCon, Villa Roma was reborn.
_________________
We don't care the People Says , Rock 'n' roll is here to stay - Danny & the Juniors - 1958