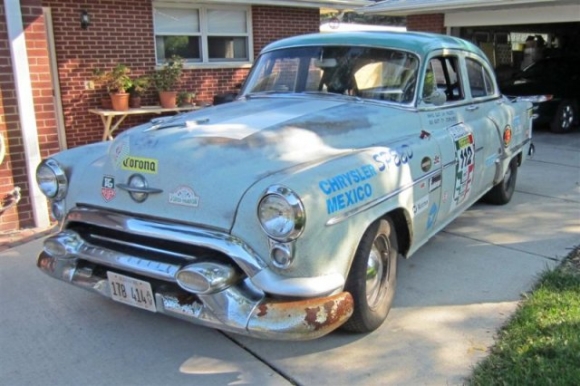 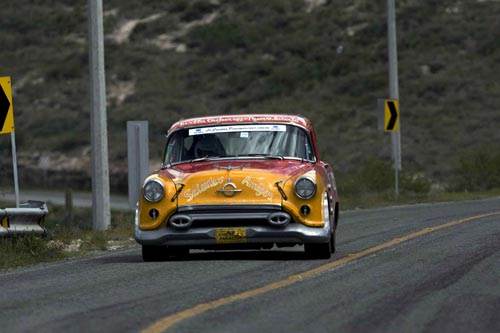 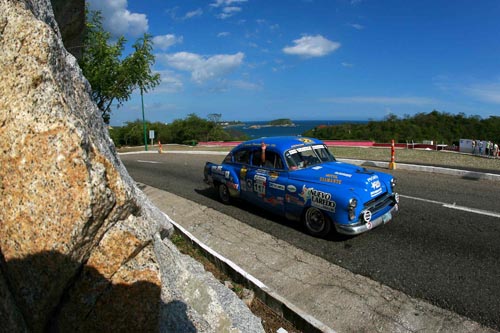 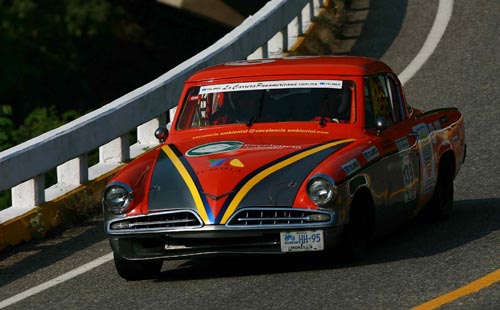 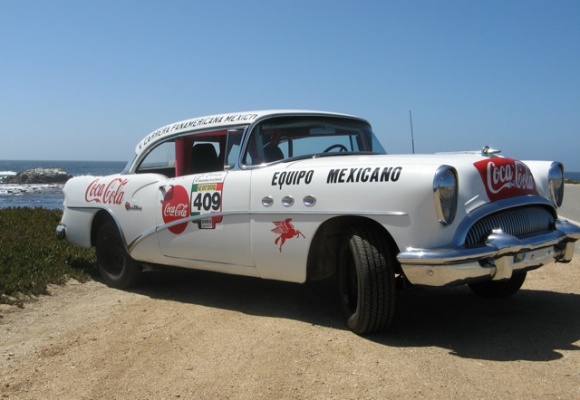 …to resemble one of the five Coca-Cola team cars that were campaigned in the 1954 event, the last running before it was cancelled. The car remains very clean and sorted, and was shown at the La Carrera Panamericana exhibit at The Quail gathering in 2005. The lettering and graphics are all hand-painted the car also has FIA certification papers, as it was granted entry to the 2010 Peking-Paris rally but it never made the trip due to lack of sponsorship. It is now available in Pacific Grove, California for $29k. 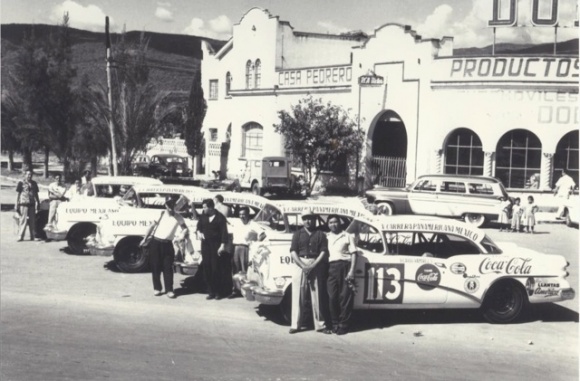 The car was entered in the Original Panamericana class and is essentially stock, licensed and can be enjoyed in competition or street use. The car placed 4th in its class out of nine entrants, and won medals for daily stages (result found here). The inspiration for this car is shown below, where the Coca Cola company of Mexico purchased 5 identical cars and supplied them to independent Mexican drivers. The cars were named after the 5 Mexican states where bottling plants were located and numbered 111 through 115. This car, patterned after the “Durango” number 111, had numbers painted on the top of the car as well as the sides 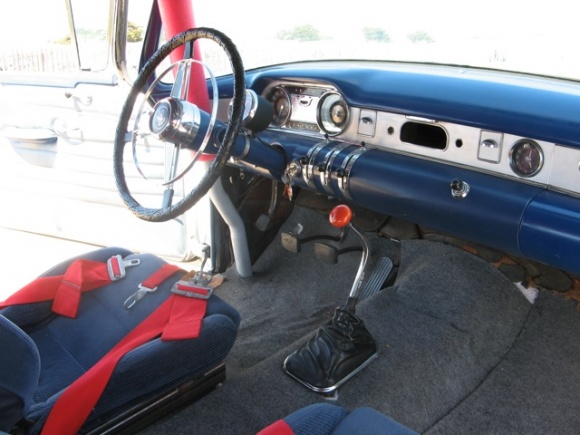 The engine is a rebuilt 322 cubic-inch Nailhead V8 with an alternator replacing the factory generator. The original Buick torque tube was removed and an open driveshaft installed. This allowed for easier clutch and transmission maintenance and for a Muncie 4-speed to be bolted on. The front end is also rebuilt and aluminum front drums from a 1958 model are installed. A 1 1/8 in front sway bar (.45 in. stock) and 6″x15″ black steel wheels give it the correct period look. 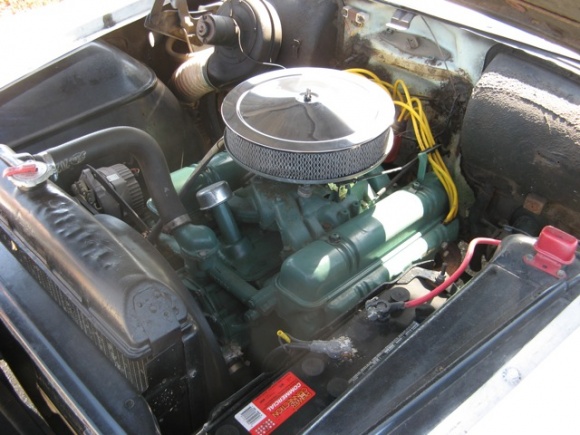 Coverage of the La Carrera Panamericana group at the Quail, including a photo of this car, can be found here on Classics.com. Additional pics of the 1954 team cars can be seen here and here with results, showing the original #111 car to have finished 16th overall. If you need more inspiration, check out the fantastic 30 minutes of footage from the actual 1954 event below as well. 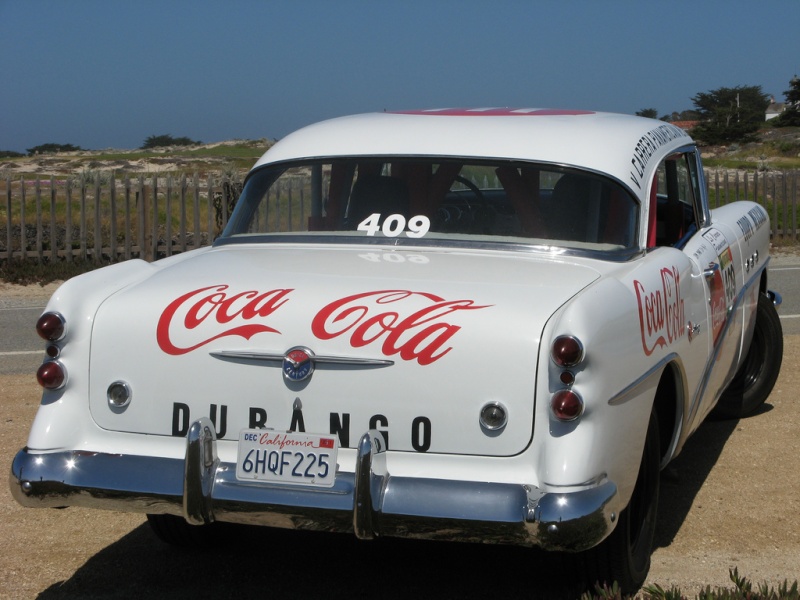 Spares include a carb, clutch disc, water pump, alternator, and front wheel bearings. Also included is the ‘stock’ oil bath air cleaner/silencer. It has been modified to accept a modern air filter cartridge. It’s much cooler looking than the presently installed chrome unit. There are two extra sets of springs. The car currently rides on station wagon springs to give maximum ground clearance. It was set up this way to compete in the 2010 Peking to Paris Rally. The La Carrera springs were stock with one coil cut from the fronts. The radiator (original?) has a couple of pin hole leaks which will be epoxy welded but it needs to be replaced.

1954 Lincoln Capri
Lincoln Capri sedans were the Ford factory entries in the La Carrera Panamericana starting in 1953 when they swept the first four positions at the finish. This car was restored in the early 90′s to replicate the 1954 factory entries which finished 1st and 2nd. 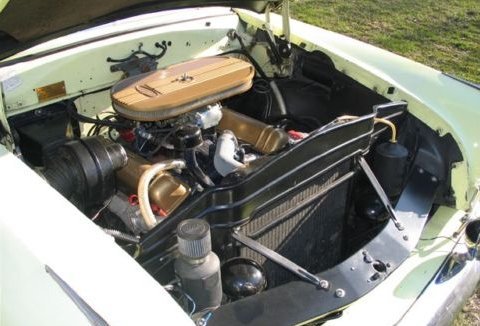 This car has been raced extensively since the mid 90′s in Mexican and American vintage road racing. It has aftermarket lights, hood tie-downs, lettering, and a large pop-off fuel filler which all give the tight racing aesthetic. 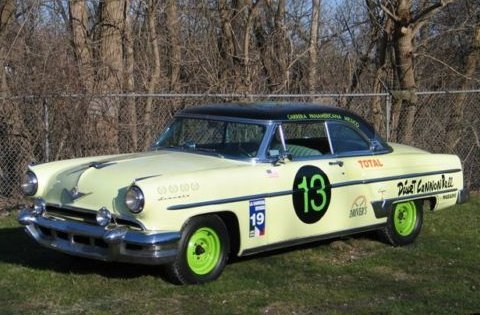 The interior maintains the column shifter and power bench seat that the original racers would have had. The dash also has an aftermarket tachometer. This car would not be legal for todays throwback Carrera Panamericana without the addition of a rollcage 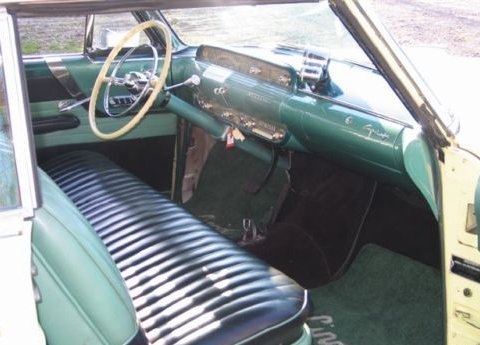 The engine is a 317 cubic inch Ford V8 backed by an automatic transmission. The 4bbl Demon carburetor helps make more power, and the catch tank in the foreground keeps fluids off the track surface. 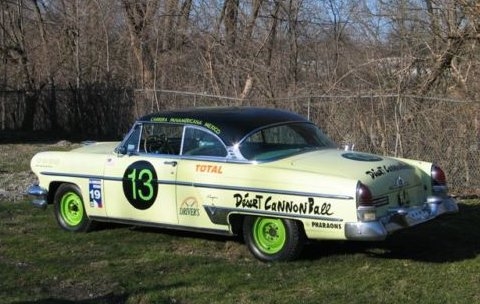 We love the spirit of the early Mexican road race. If we competed in it, we would want it to be in a big American sedan like this one. Bill Stroppe would be proud.

This 1951 Chevrolet Special Deluxe Styleline 2-Door Sedan (whew!) ran the La Carrera Panamericana road race in Mexico in 1989 and 1991.Â It was even featured on the event poster and program in ’89, but after the events was put in a collection until it was prepped again for the 2001 race. It never ran in Mexico again, but instead was auctioned off at Barrett Jackson in 2003 and has run the Great Race across the USA several times since. 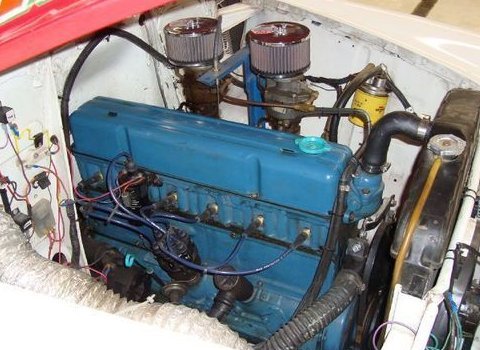 A ’51 Chevy is usually a cast-off, so building one into a Carrera competitor is the perfect move. The red and white scheme on this car looks right with the black steel wheels and vintage bias ply tires. The Great Race decals are not as cool as the Carrera door numbers, and the blue ovals on the fenders are sacrilege even though they sponsored the event. 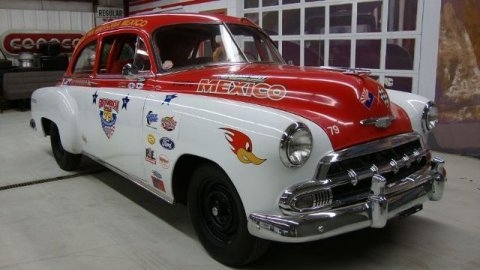 Inside the red cage and factory dash look great. The massive clock is a bit over the top but if it helps win we’d keep it. The speedo is a programmable electronic unit and the factory steering wheel looks great if you don’t mind slamming your knuckles against the cage. 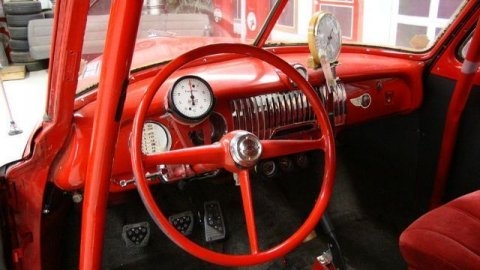 The engine is a 261 cubic inch Blue Flame 6-cylinder which is fed by twin carburetors. It was overhauled in 2005 and is backed by a 3-speed transmission. A V8 would be nice, but Chevy didn’t make one until 1955 and this hot rod six makes similar power to factory V8′s of the era. 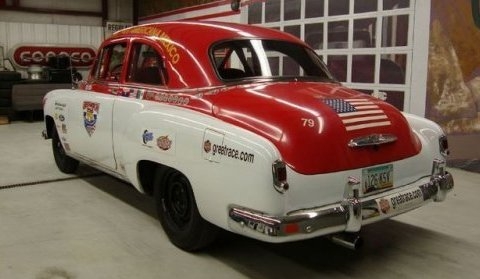 This is an interesting and different racer that almost has vintage history considering its first race in Mexico was 20 years ago. These beasts are a bargain and can be driven on the street while their novelty still can sneak them into numerous interesting events. We still think that a big American car is one of the best rides for the Carrera. 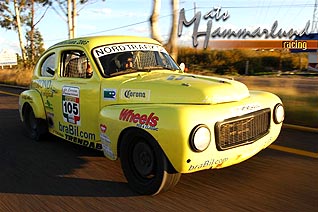 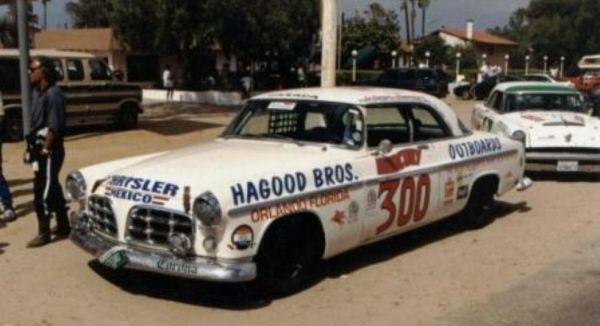