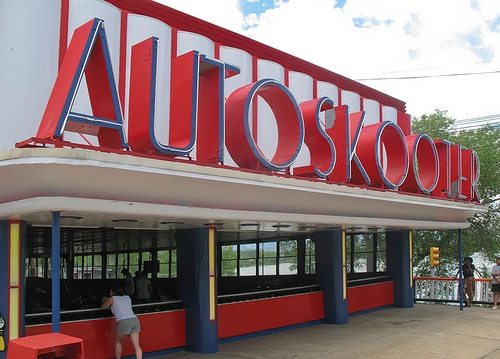 To celebrate I am posting these Lakeside Amusement Park shots from that year, 2006. Lakeside doesn’t always allow you to photograph freely, but these were all taken before that became an issue. All I had in those days was a point-and-shoot-camera with all the distortion and poor shadows that come with a smaller digital sensor and static lens. And on that day I dealt with weather that I could not control. But the subject matter stands out no matter what the circumstance! 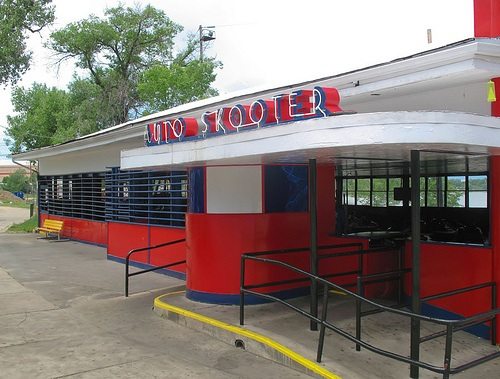 Lakeside Amusement Park started as a White City in 1908. White Citys sprung up in various places across the United States as imitations of the White City set up at the World’s Columbian Exposition of 1893 in Chicago. There, they built a Beaux-Arts style city with hundreds of thousands of light bulbs provided with electricity by the competing technologies of Thomas Edison (direct-current) and Nikola Tesla (alternating-current). 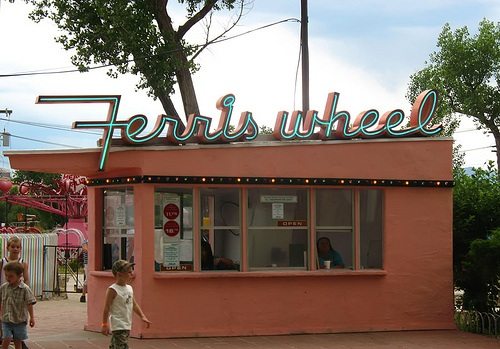 The Tower of Jewels above is decorated with 16,000 light bulbs. 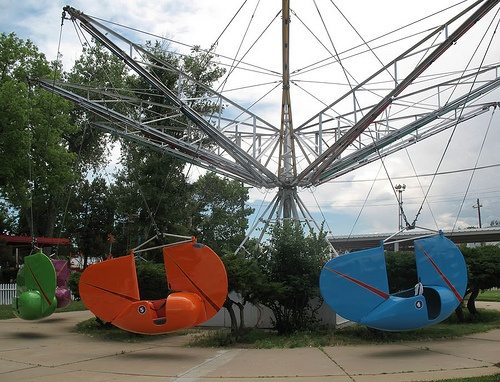 Lakeside is one of the oldest remaining amusement parks in the U.S. After Benjamin Krasner bought the park in the 1930s, he gave it an incredible Art Deco makeover with the aid of architect Richard Crowther. 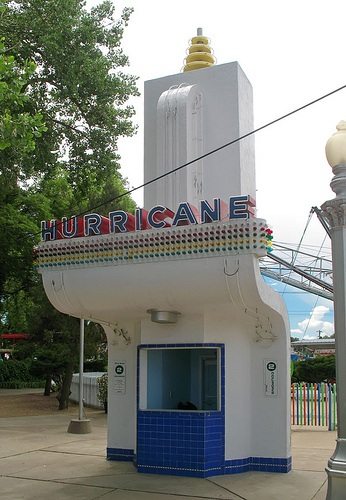 When Richard Crowther moved to Denver, he was an expert at neon lighting as he had just lit up the San Francisco Golden Gate International Exposition Fair of 1940. Crowther became a famous Denver modernist architect, designing the Neufeld House in 1956. He designed multiple Cinerama theaters including Denver’s Cooper Theater on Colorado Blvd (now gone), and achieved his greatest fame as a pioneering green architect in Cherry Creek, noted for his use of Passive Solar Heating. 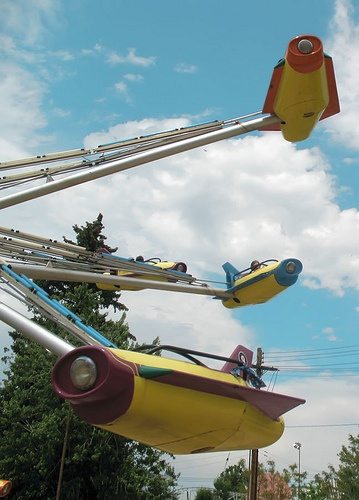 Lakeside is filled withoutstanding examples of Art Moderne or Streamline Modern signs, ticket booths, gardens and other features. The parts of the park that are not Art Deco are from the original White City and are often reused elsewhere in the park.
_________________
We don't care the People Says , Rock 'n' roll is here to stay - Danny & the Juniors - 1958 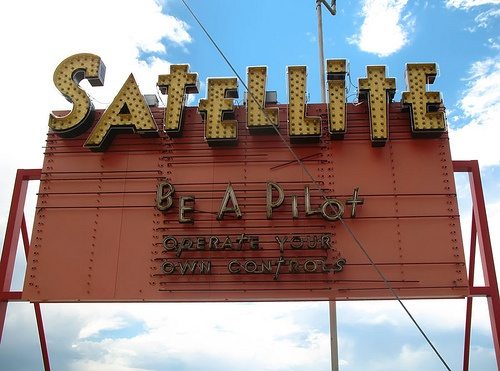 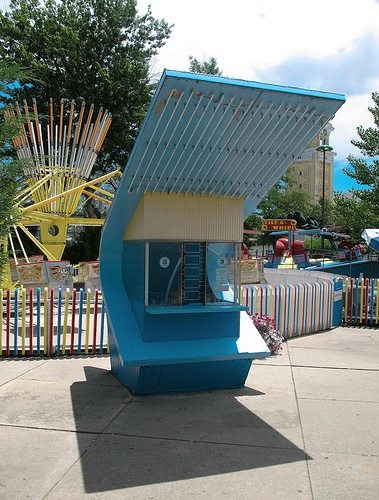 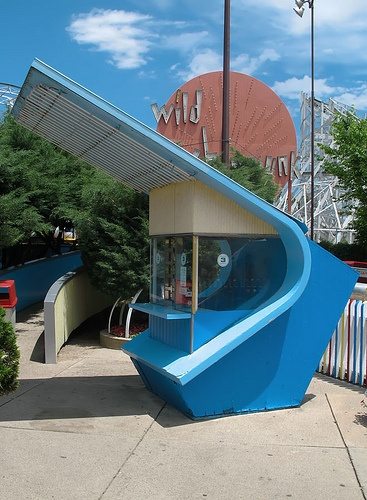 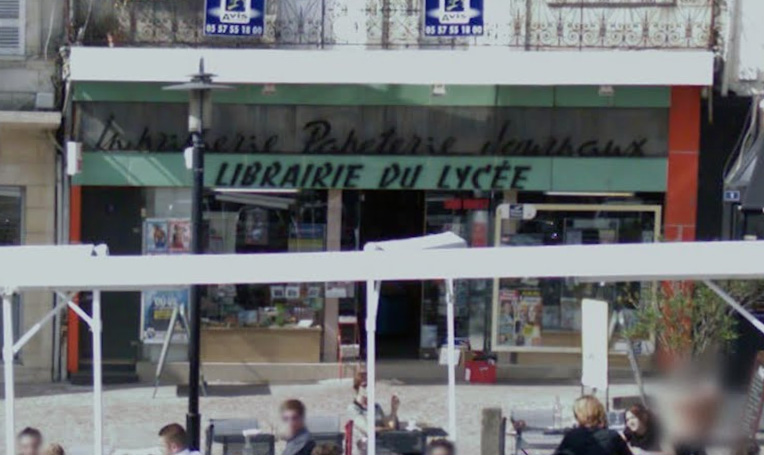 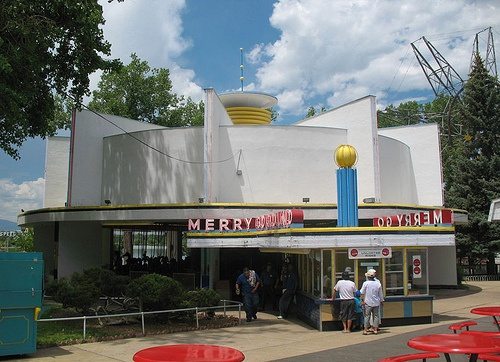 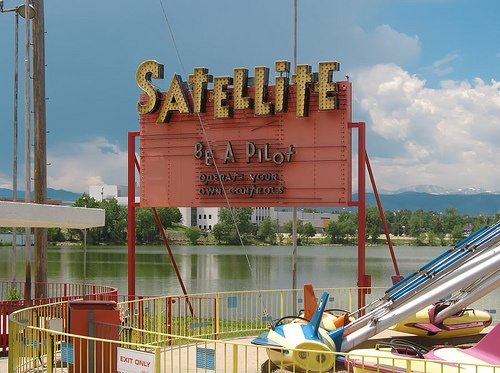 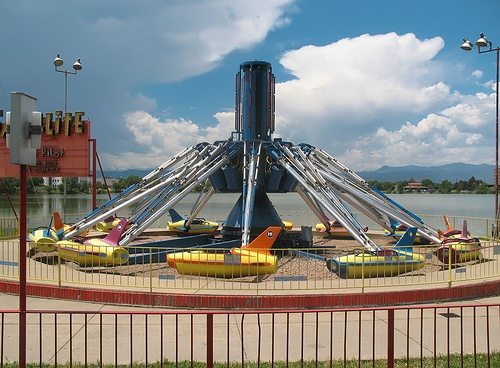 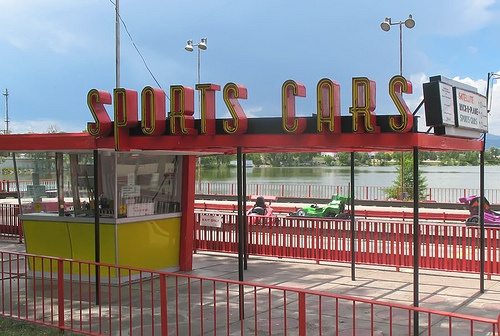 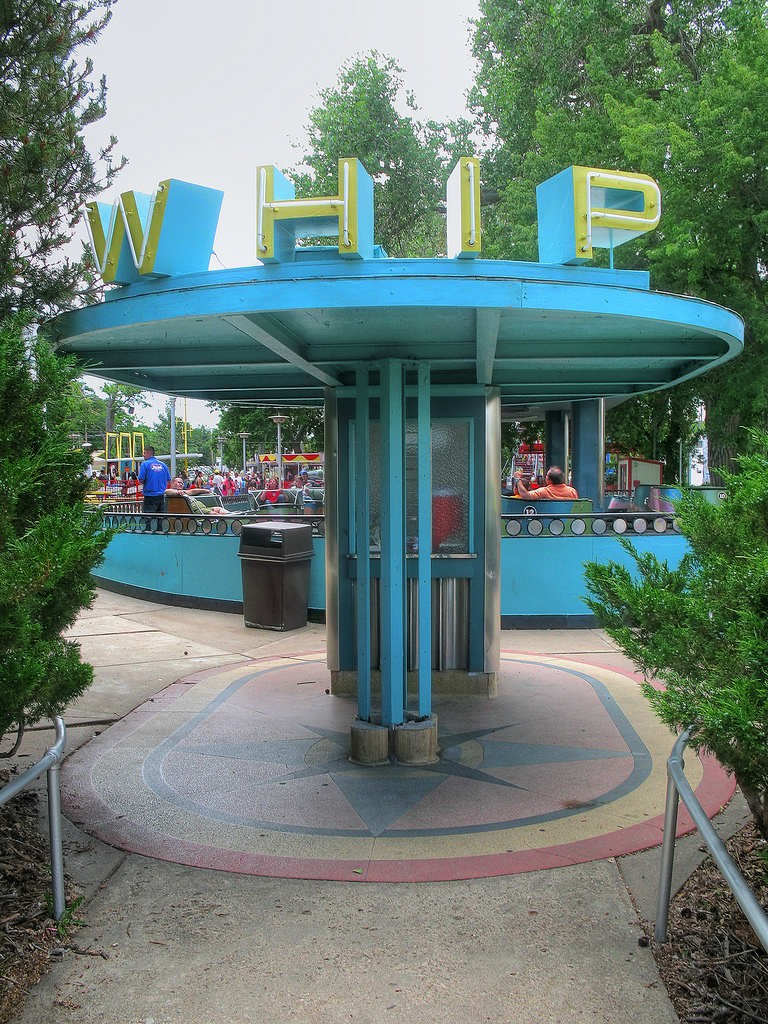 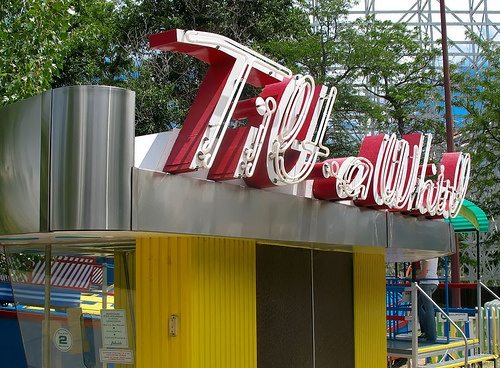 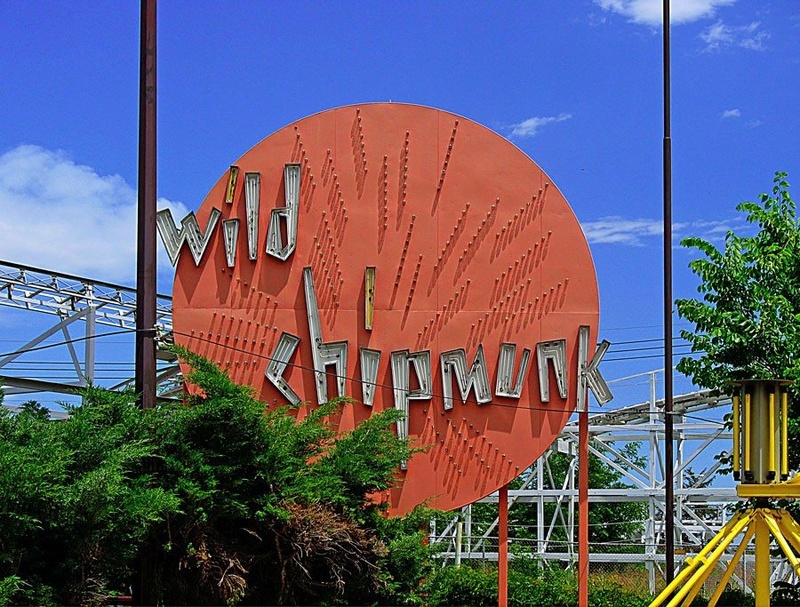 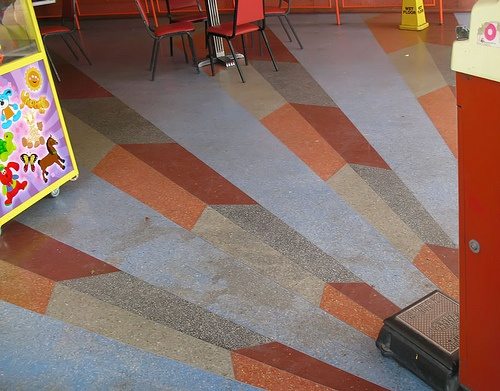 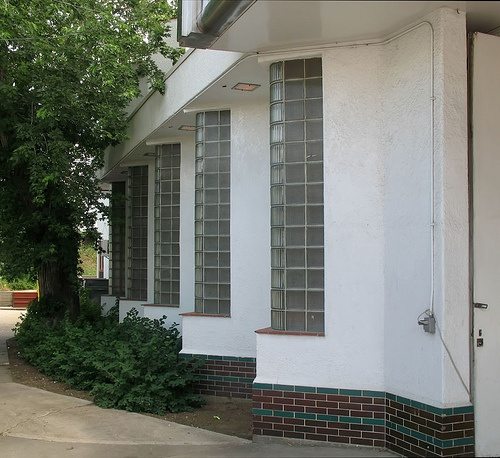 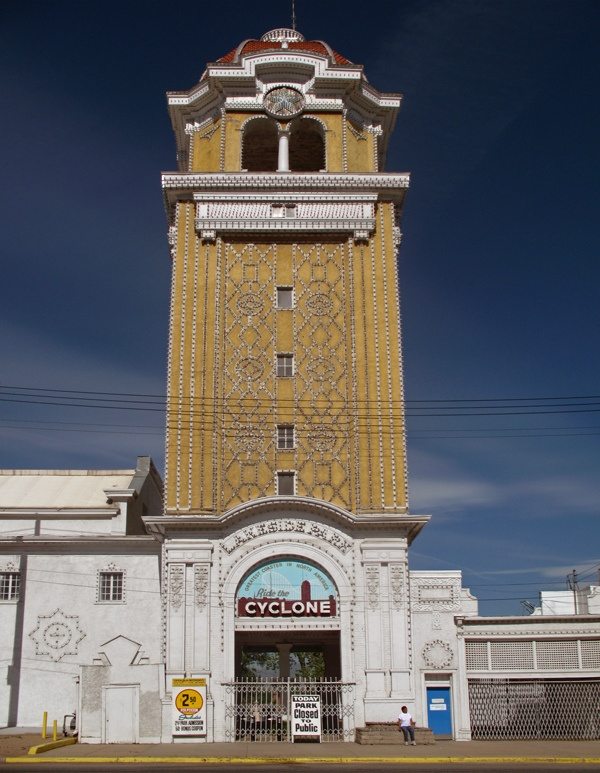