1950 Mercury convertible owned and restyled by 1320 Crusaders member Ken Bausert of Richmond Hill, New York. The Merc was Ken's first car, and he bought it for $125 on May 11, 1959. Ken was 15 years old at the time, and worked on the car after school and on weekends. The earliest modifications on the car included shaving the hood and deck, shortening the side trim, creating a custom grille from the discarded side trim pieces, and lowering the taillights two inches 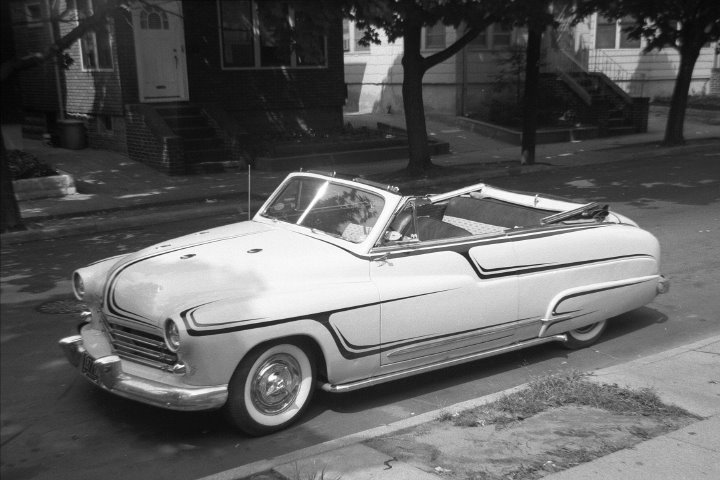 The first incarnation of the Mercury was completed around July 1961, shortly before Ken turned 18 years old. Dubbed the "Mint Julep" after its paint job, Ken's Merc had by then been restyled by molding in 1954 Mercury headlight rims. The parking lights were relocated behind the grille, and chrome bullets replaced the original parking lights. 1954 Buick portholes were set into the hood, and the door handles were removed. The doors were operated by hidden push buttons and a keyed electric cut off switch. Full length chromed lakes pipes were spliced into the exhaust system. These were functional when the caps were removed. Ken lowered the Merc two inches in the rear, and fit it with 1957 Mercury cruiser skirts. 1954 Mercury chrome teeth were installed on the skirts, and the side trim was lowered to match the teeth. Custom accessory taillights replaced the lowered stock taillights from the initial version. The car was painted mint green with black scallops, and a cat, courtesy of the film 101 Dalmatians, was painted on the deck lid. Power came from a 1951 Mercury engine that was fit with Fenton finned aluminum high-compression heads and a four-barrel carburetor on an Edelbrock manifold. The intake and exhaust ports were enlarged, and an electric fuel pump and dual-point ignition were added. Inside, the dashboard was covered with padded rolled and pleated vinyl. A new upholstery was installed along with a floor shift from a 1957 Ford Thunderbird. All modifications, except for the mint green paint job, upholstery and new convertible top, were performed by Ken.[1] 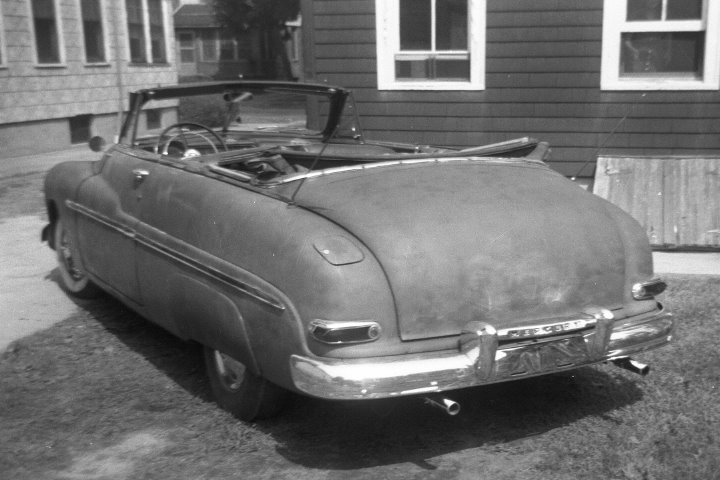 Later on in 1961, only months after Ken had gotten his car on the road, the Merc was involved in an accident, and the front end was damaged. The accident occurred while Ken was on his way to the Sunrise Drive-in movie in Valley Stream. It had just rained, and Ken was following his friend Ken Szekretar in his 1956 Oldmobile. Distracted talking to a date he had in the car, he didn't see that the traffic ahead stopped abruptly, and he hit his friends car in the rear. Ken wasn't going very fast when he hit the Olds, and the damages were minimal. But as Ken had lived with the current front end for a couple of years, he had new ideas in his head, and he decided to redo the front end based on this. He got carried away during the build, and decided to do some other changes as well. The second version of the Mint Julep featured 1954 Buick headlight rims that were frenched into the fenders in a canted fashion. Chrome bullets were placed where the original Buick parking lights originally sat. The hood corners were rounded, and a 1954 Oldsmobile grille was shortened and installed in the grille opening. Hand-cut frosted plexiglass lenses were installed to create new parking and directional lights in the grille bar. The front bumper was removed, and a rolled pan with a license plate housing in the center was fabricated for the car. Twin antennas were mounted in a two-inch deep recessed oval on the right door. 1957 Mercury cruiser skirts were welded to the body and molded in. Wheel openings were cut into the skirts to match the front wheel openings. A scoop was cut in the front edge of the skirts and a slim trim piece of chrome moulding was extended into the opening of the scoop. The rear bumper was removed as well, and the rear of the cruiser skirts was extended and wrapped around into a rear grill cavity on each side of the license plate. 1959 Pontiac Bonneville taillight assemblies were installed in each rear cavity. The gas filler was moved inside the trunk, and the stock gas filler cap was welded shut and molded into the left quarter panel. The Mint Julep II was painted with hand-rubbed metallic Neptune Green lacquer. The color was a GM color, and Ken believes Sal Consiglio painted it in his garage. Gold metallic paint was sprayed around the headlights, and in the center of the wheels. The Merc had a slight rake, and was lower in the front. Two long chromed scavenger pipes brought the exhaust out the rear. The Mercury flathead was replaced by a 1954 Oldsmobile 324 cid Rocket V8 engine. Except for adding an electric fuel pump, the engine was kept relatively stock. The car was completely rewired, and upgraded to a 12 volt system. Most of the welding and metal work on the second version was performed by Ken's friend Paul Wood. All finish work was done by Ken himself. The second version of the Mint Julep was completed by the spring or summer of 1962.[1] 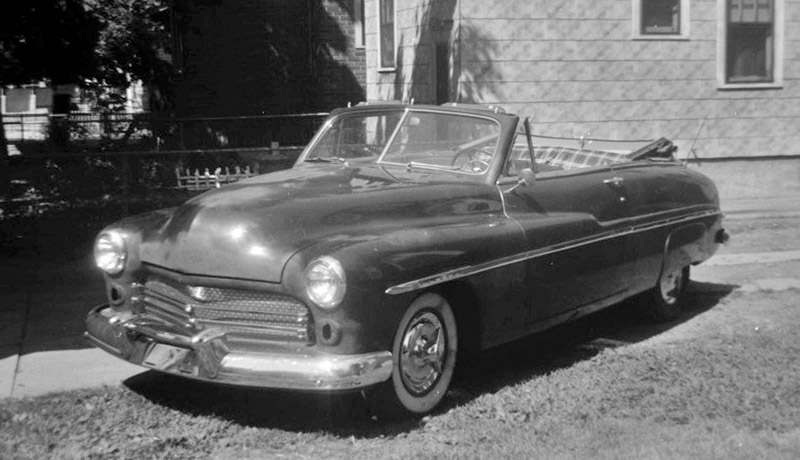 Ken ran the stock transmission in the Merc for a while. Later on, 1939 Ford gears were installed for better low-end accelrations. Ken did also run a LaSalle transmission for a short period, but decided to switch back to a Mercury transmission again.[1] Early in 1963 Ken lost his driver license due to some street racing on Atlantic Avenue. He thought he would be without a driving license for about a year, and decided to trade the Merc for a 1956 Oldsmobile with a guy in his neighborhood. Ken wanted to fix the Olds up and sell it while he was without a driving license, earning some money that he could use on another new cool car. The judge decided that Ken could apply for a new driver-license after only 30 days. This surprised Ken, and if he knew that before, he would never have sold the Merc.[2] Ken can't remember seeing the car again after he sold it. The guy he traded it to was apparently doing some work on it, but since Ken never saw the car or guy again he can't confirm this. A friend of Ken did see it from time to time parked in a parking lot on Queens Boulevard in the Long Island City Area.[3] 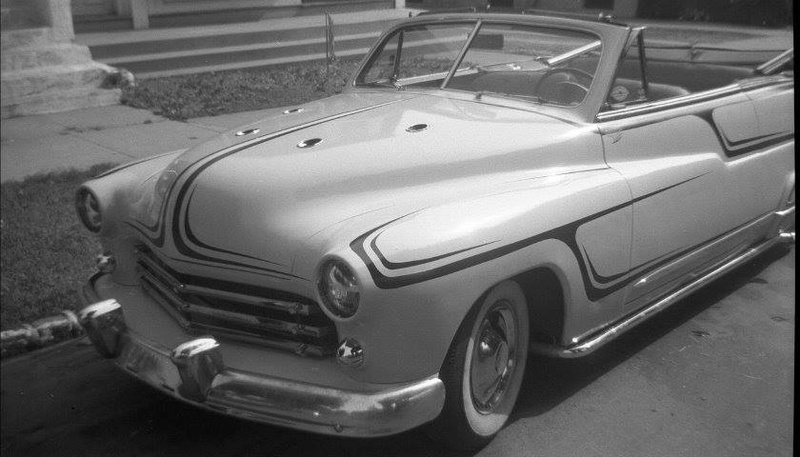 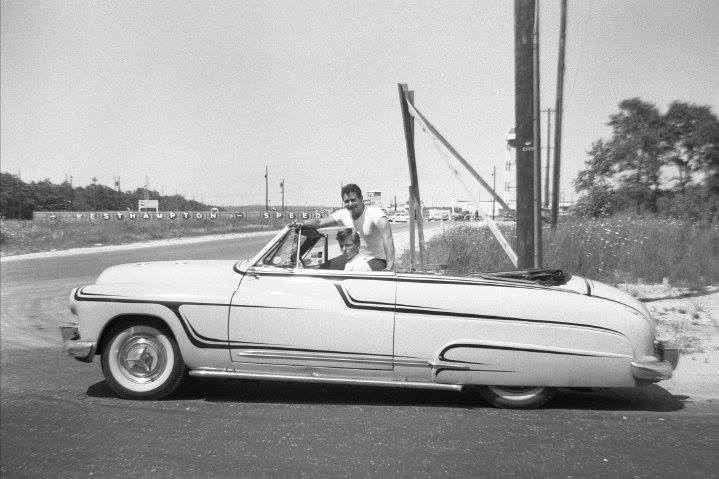 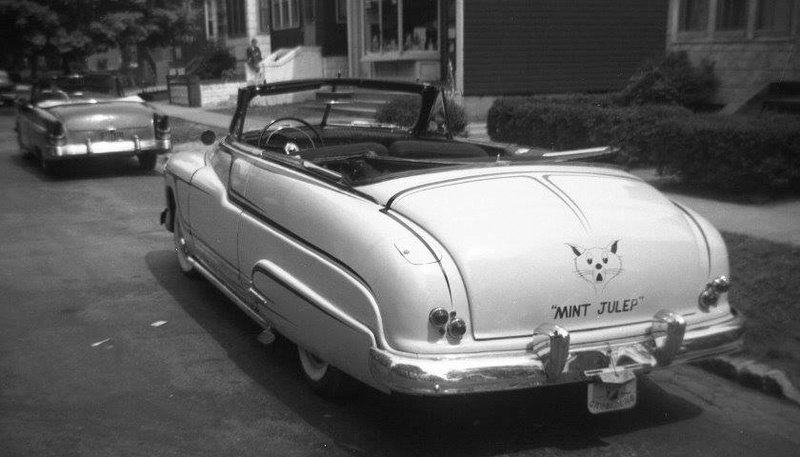 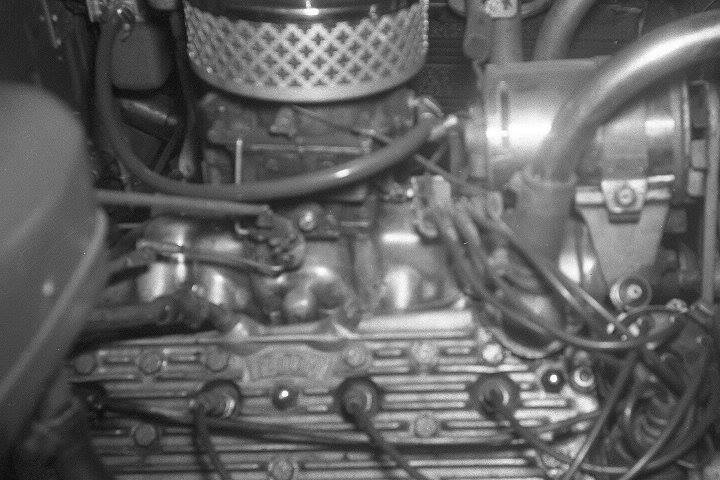 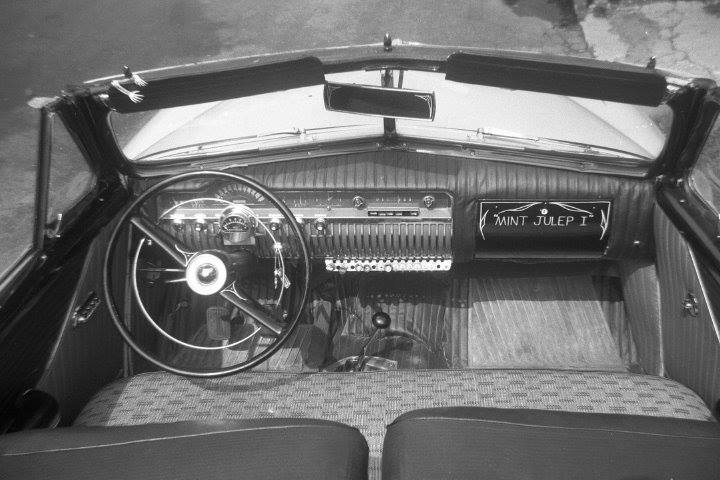 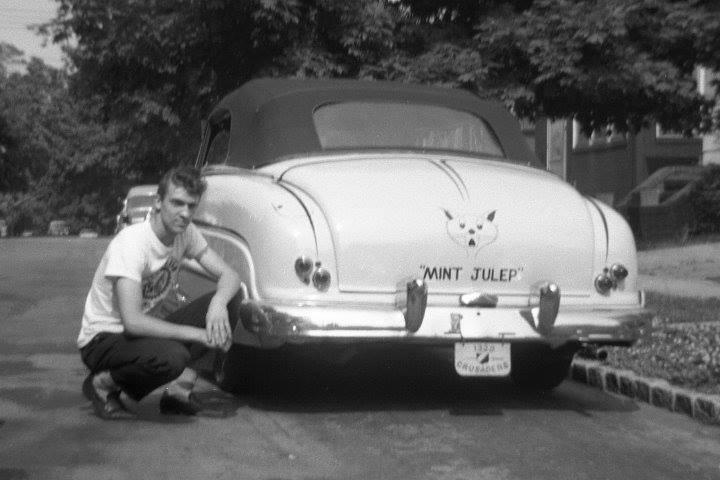 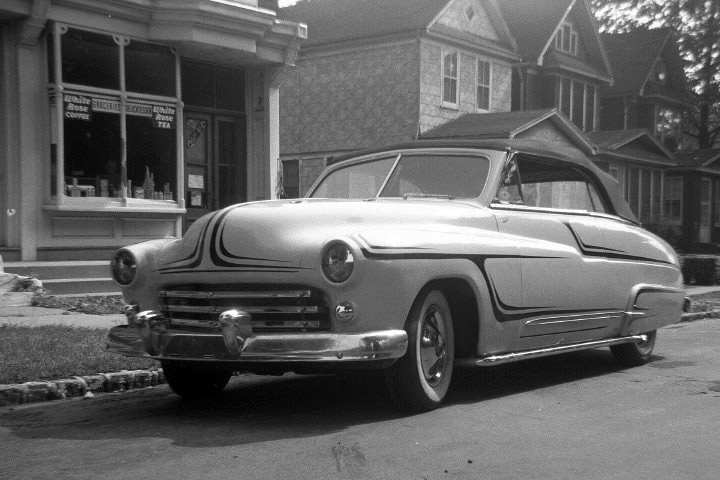 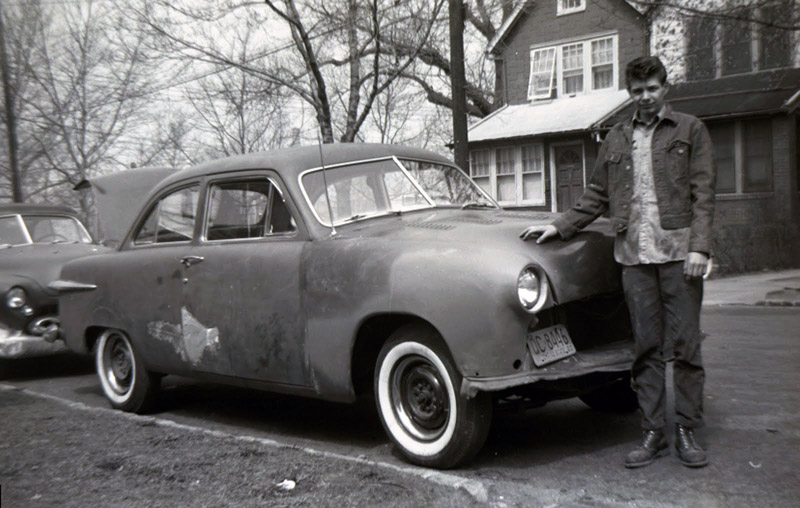 Only months after the initial version of the Mint Julep was completed, Ken was involved in an traffic-accident. The front end was damaged, and Ken transformed the Mint Julep I into the Mint Julep II. Ken's Merc can be seen in primer behind Ken Szekretar's 1951 Ford in this photo. Photo provided by Ken Bausert, from the Ken Bausert's Nostalgic Museum.[1]
_________________
We don't care the People Says , Rock 'n' roll is here to stay - Danny & the Juniors - 1958 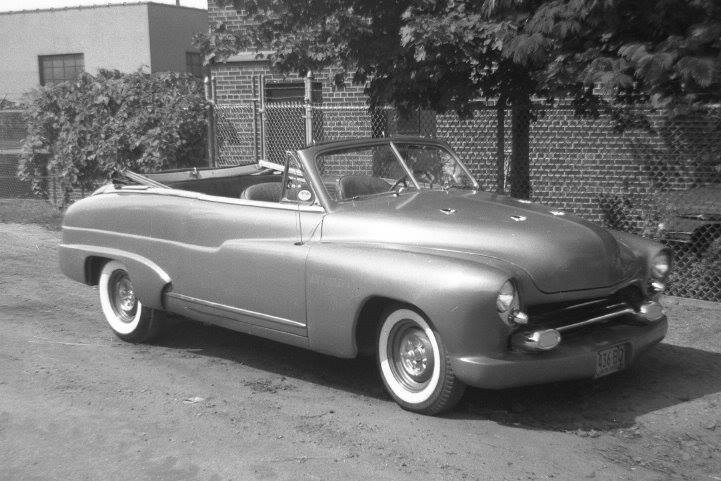 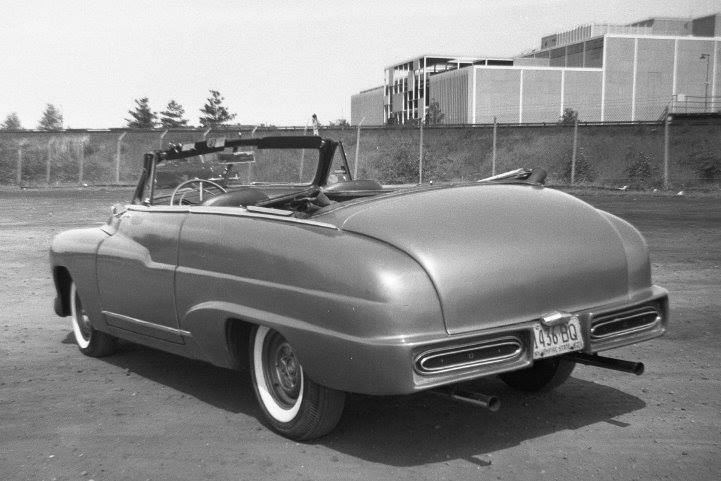 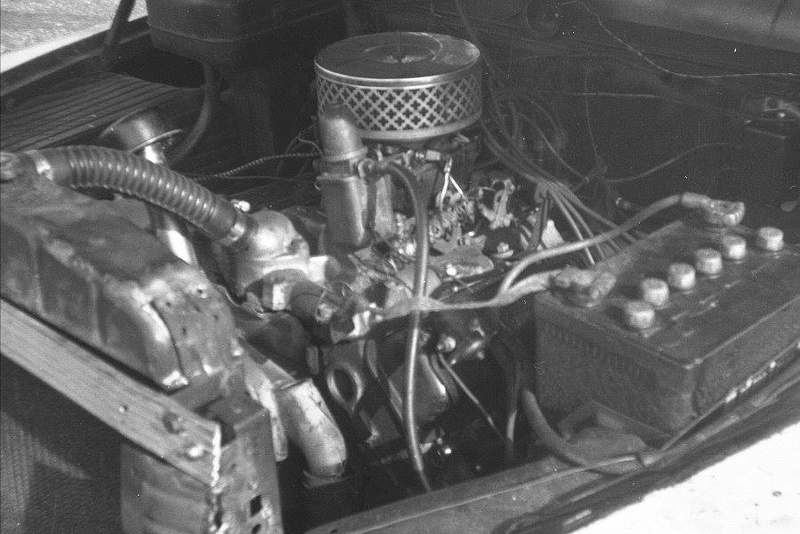 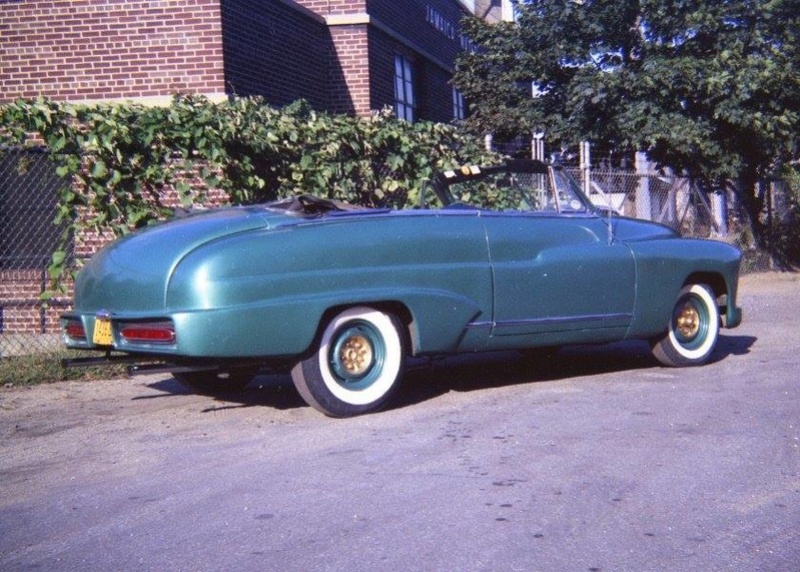 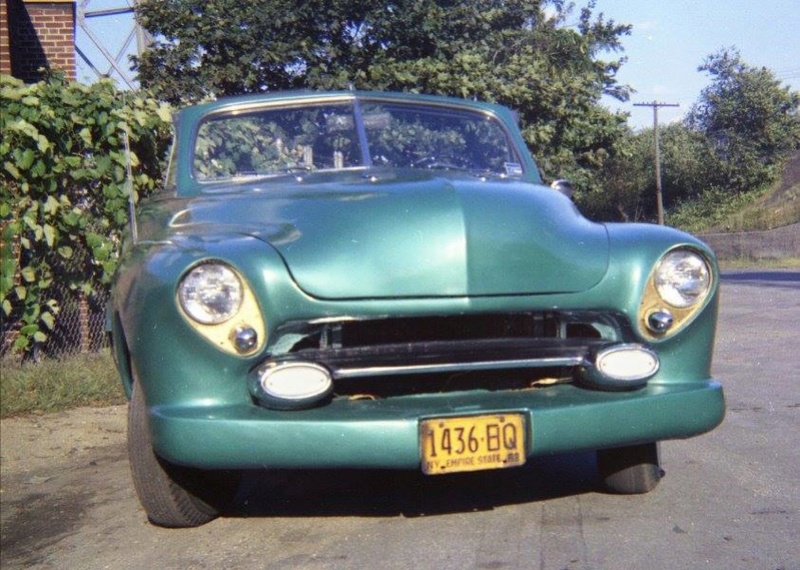 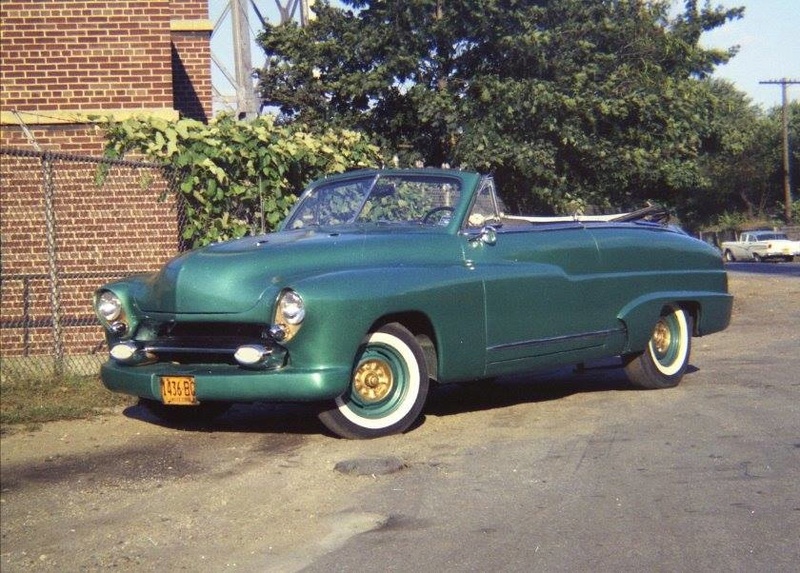 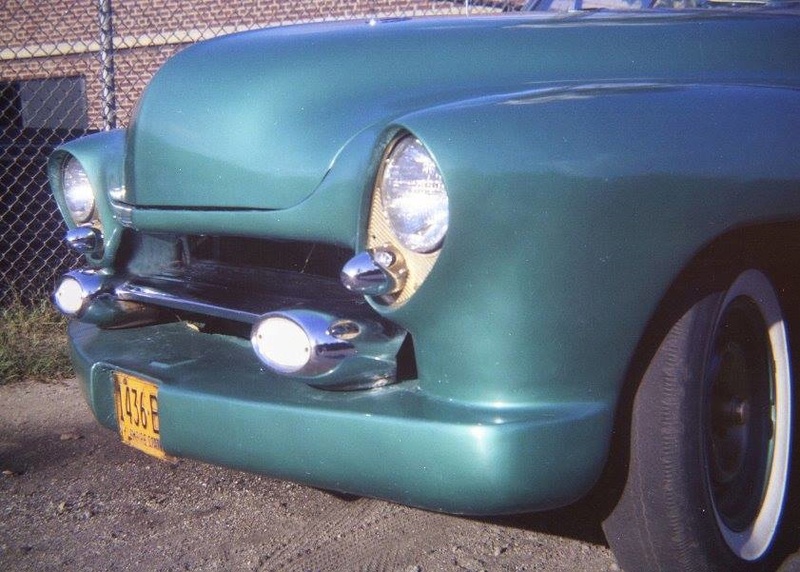 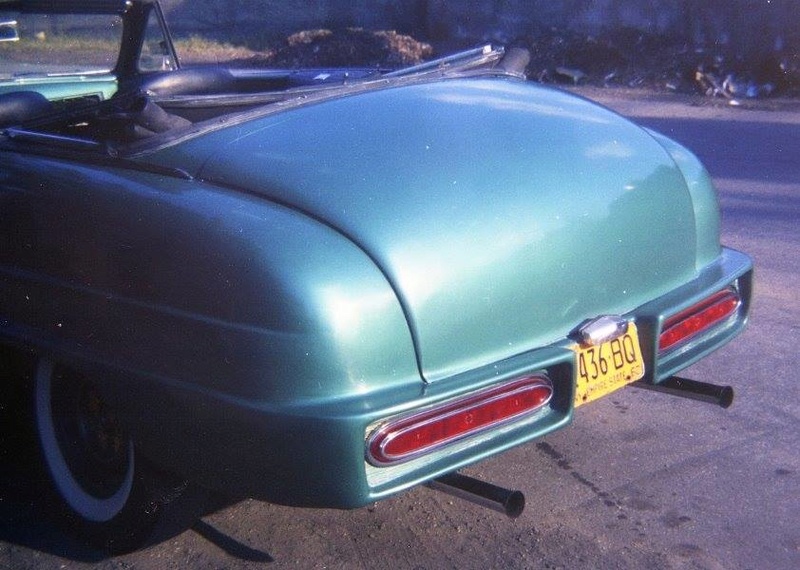 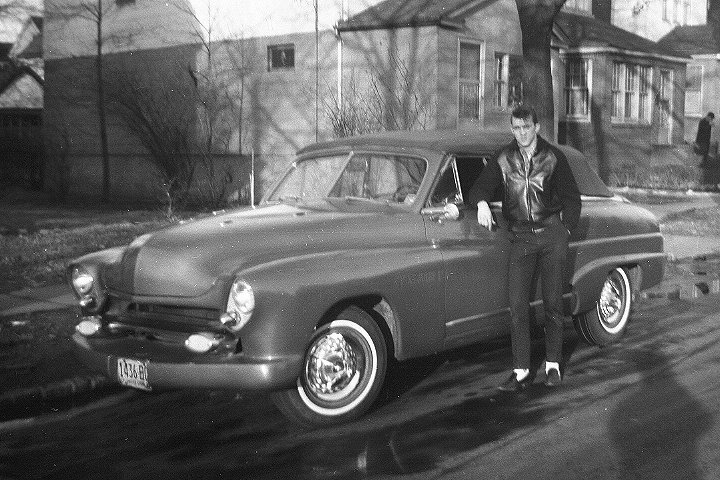