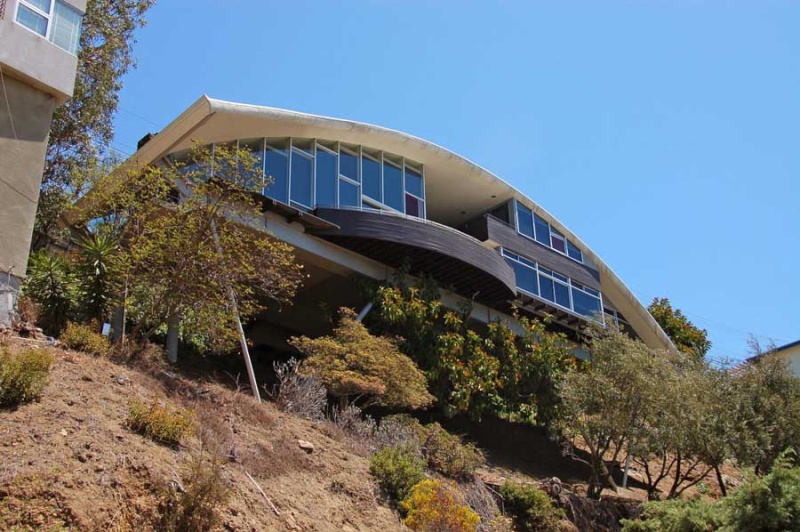 This house on Mulholland Drive, southern California, was originally designed for jazz musician Russ Garcia. When? 1964. Architect John Lautner, master of “googie” architecture, was the creator. You might wonder: What’s “googie” architecture?
_________________
We don't care the People Says , Rock 'n' roll is here to stay - Danny & the Juniors - 1958 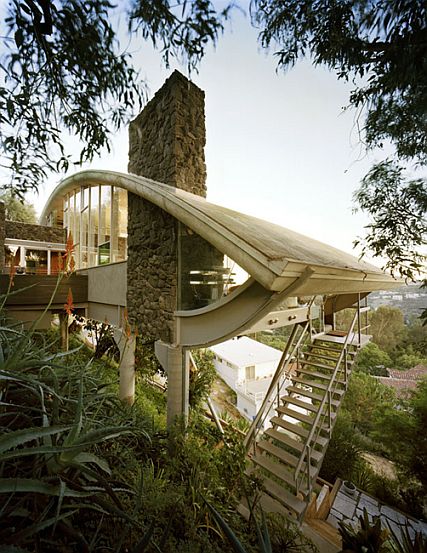 It’s modern architecture with a futurist spin, influenced by our car culture, the Space Age, and so-called “Atomic Age”. Features include upswept roofs, curved, geometric shapes, and dramatic use of glass, steel, and neon. Boomerangs, flying saucers, atoms and parabolic shapes are prominently incorporated. Garcia’s “Rainbow House” is a prime example. The spaceship has definitely landed!
_________________
We don't care the People Says , Rock 'n' roll is here to stay - Danny & the Juniors - 1958 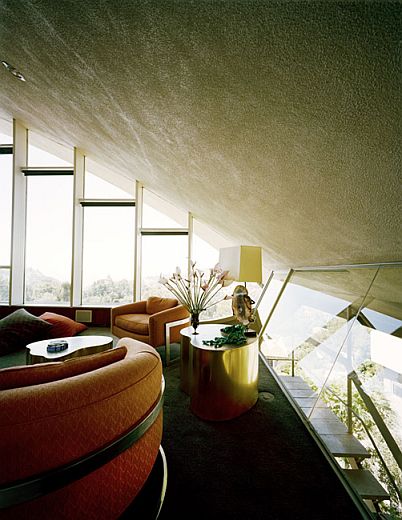 At the start of the 21st century the Rainbow House’s best days were far behind. Way too many “improvements” had robbed the house of its soul. 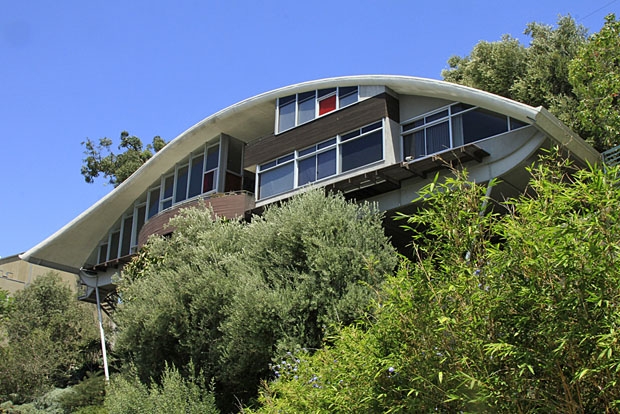 But now, things are looking up “somewhere over the rainbow.” Current owners of “Rainbow House” have had the house renovated by architects Marmol & Radziner, and decorated by Darren Brown—restoring that old 1960’s “playboy mansion” feel to the house. Wonder if that includes a “gold-plated” pot of gold?
_________________
We don't care the People Says , Rock 'n' roll is here to stay - Danny & the Juniors - 1958