I’ll return to the normal SIA Flashback custom of progressing through the issues next week, but thought that because I celebrated my birthday last week, I’ll pick an article from the SIA issue closest to my birth, SIA #50, April 1979. It’s interesting to see how things changed so much from SIA #3 to #50 – attitudes toward cars in general seem more pessimistic in the later issue, and this look at Jack Charipar, responsible for some of Chrysler’s more fantastic designs (he might as well have been a science-fiction illustrator rather than a Chrysler engineer), highlights how the reality of the 1970s oil embargoes absolutely destroyed Charipar’s visions. While not a major personality in the automotive industry at the time, he did seem to have some significant ideas, and the piece becomes a profile on how everybody in the industry – not just the celebrities – has something to offer to advance the culture of automobiles. Interestingly, the article doesn’t offer either a picture of Charipar or any designs of his that made it past the fantasy illustration stage. 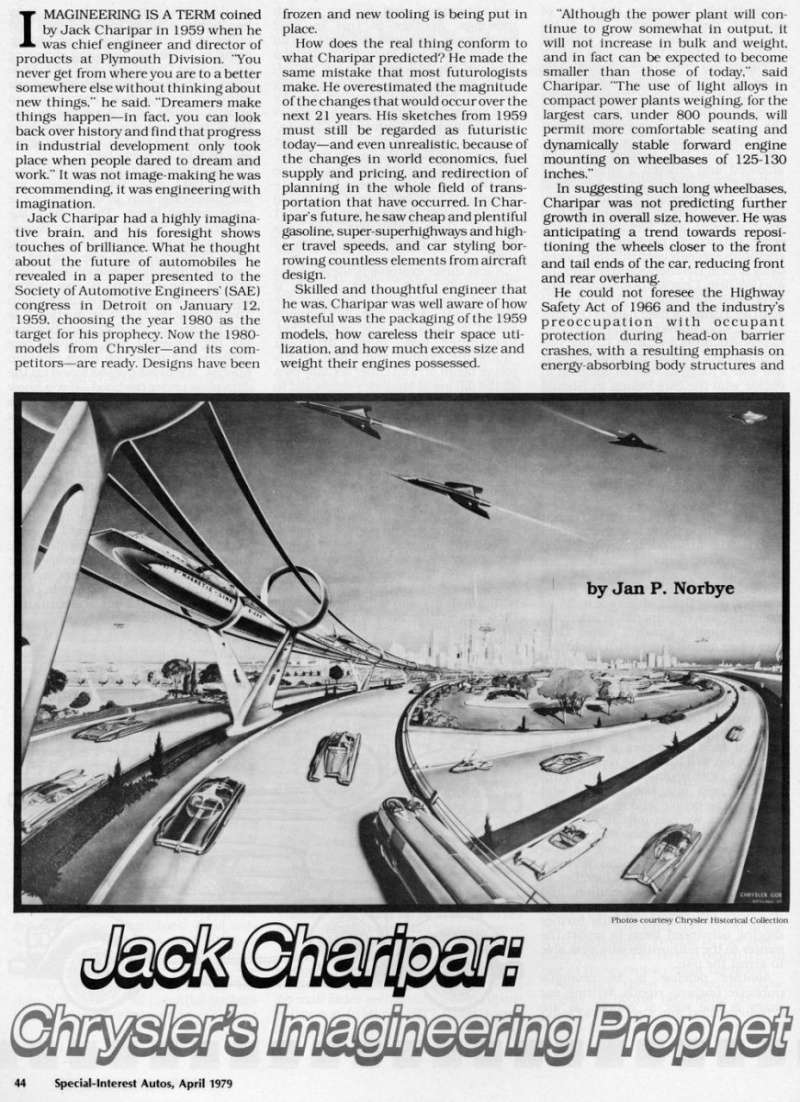 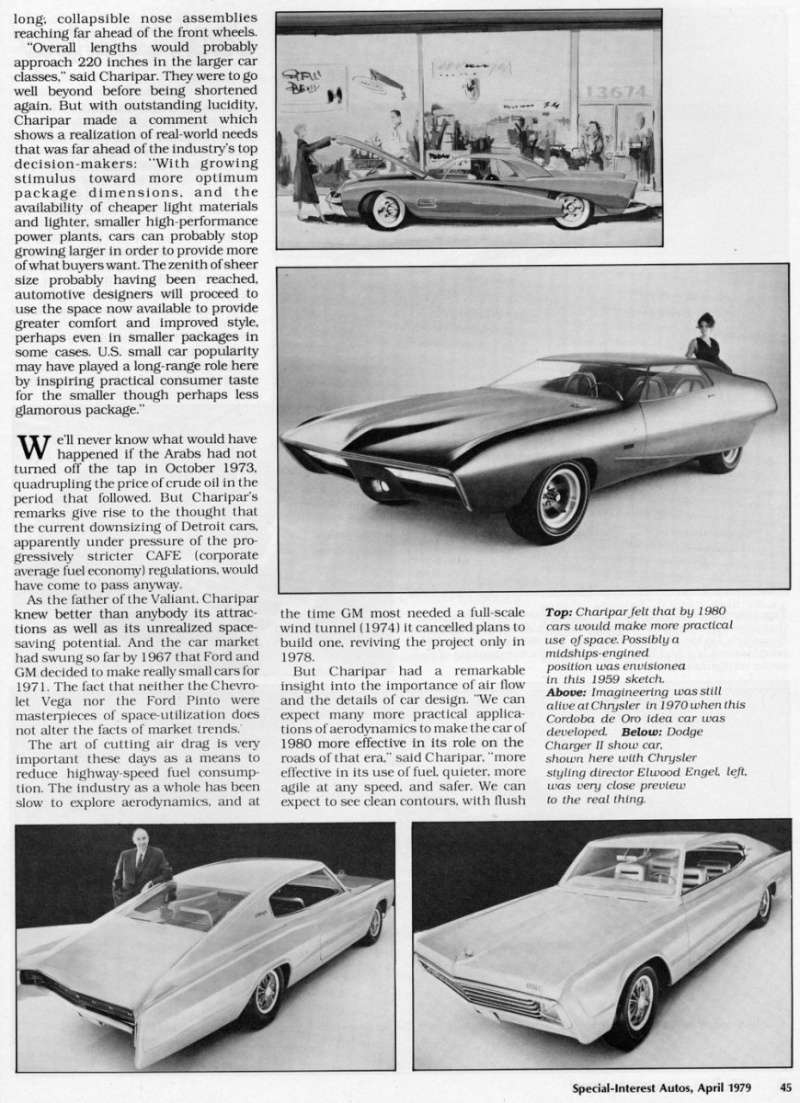 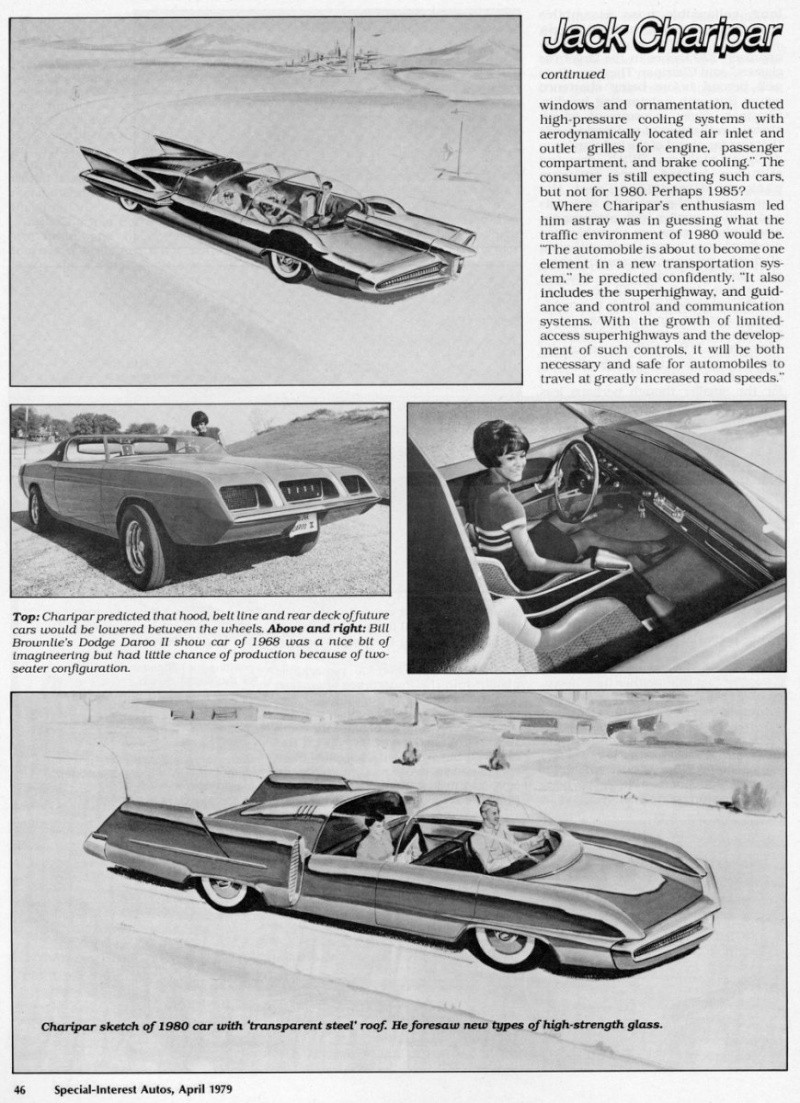 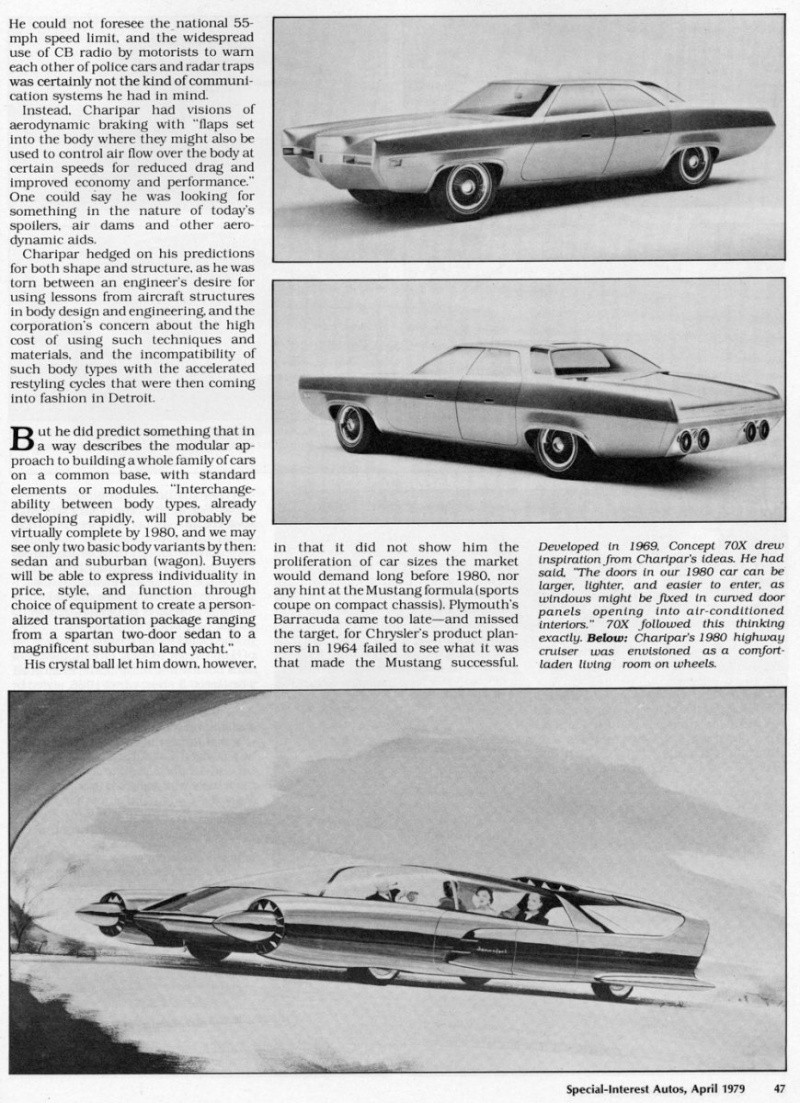 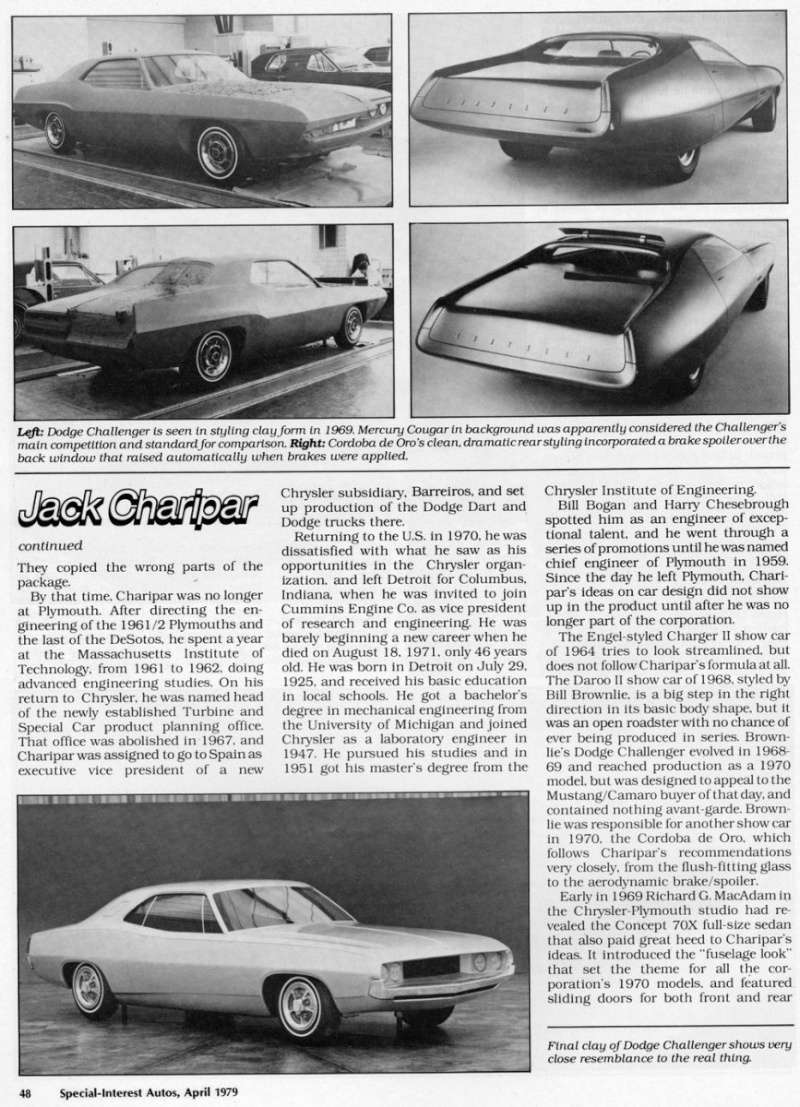 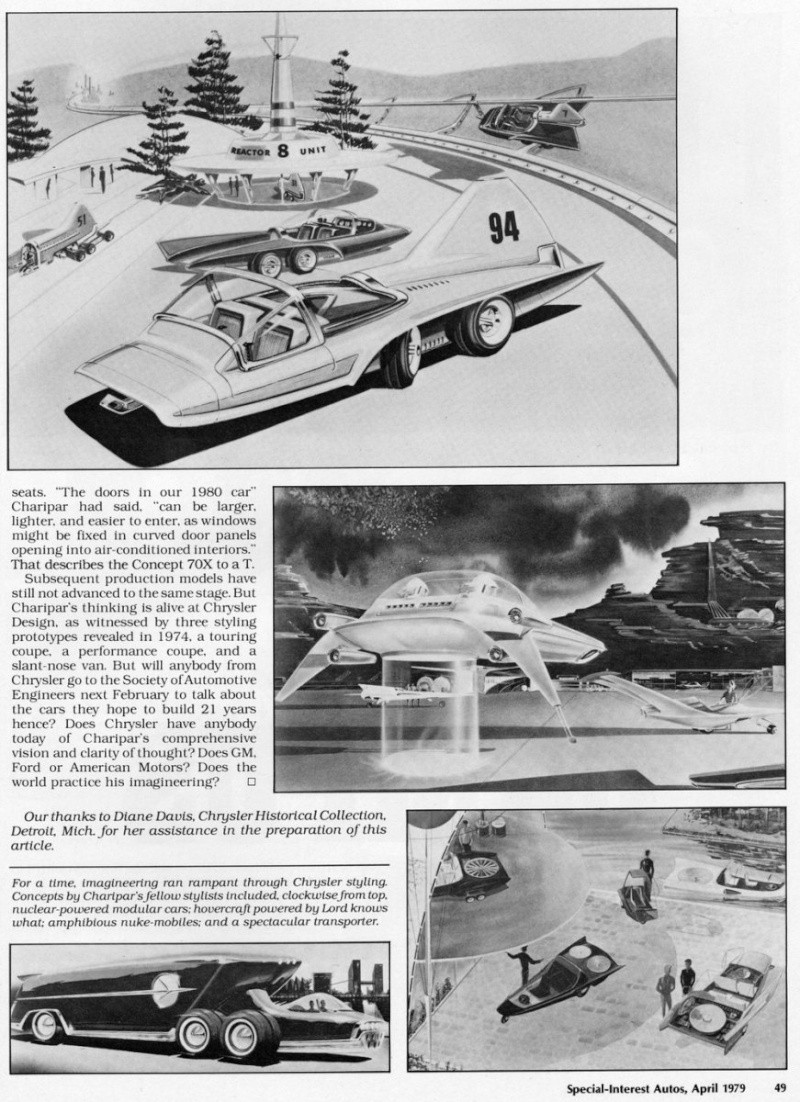