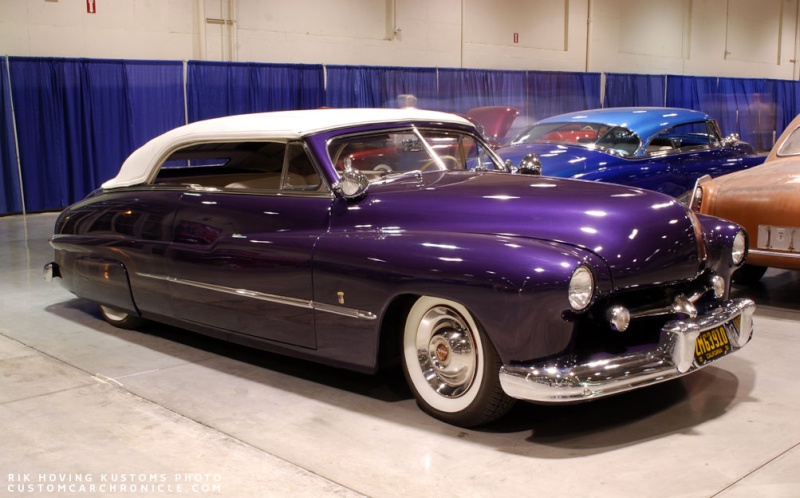 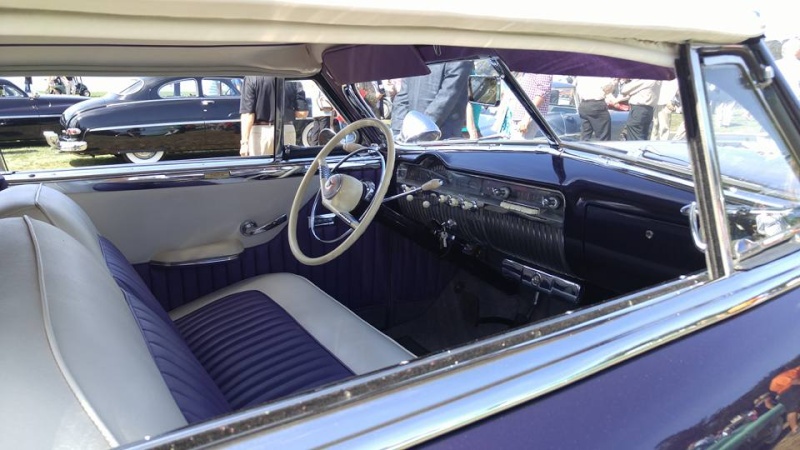 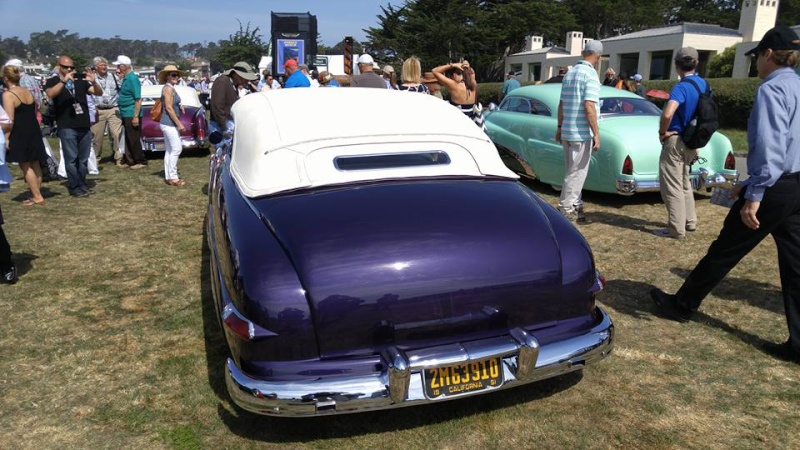 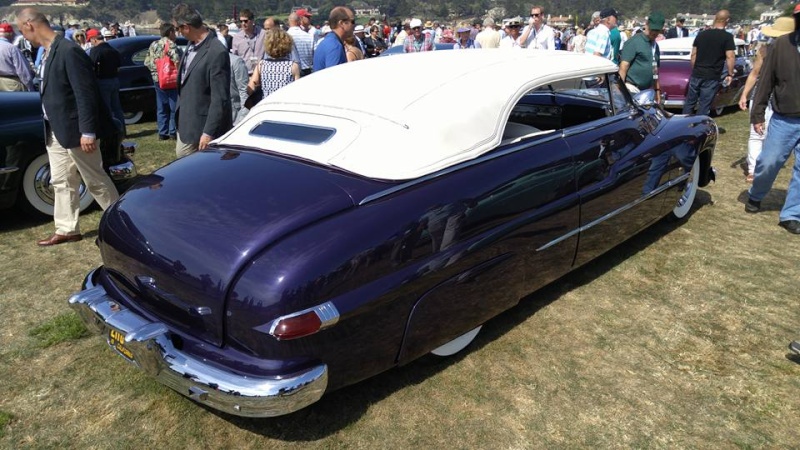 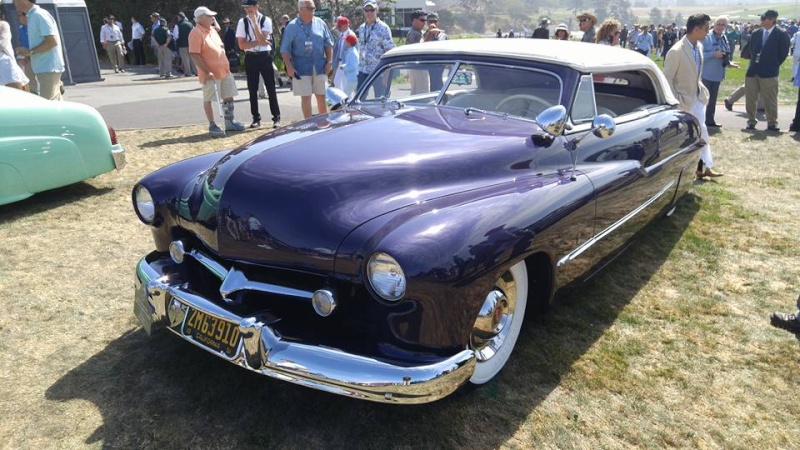 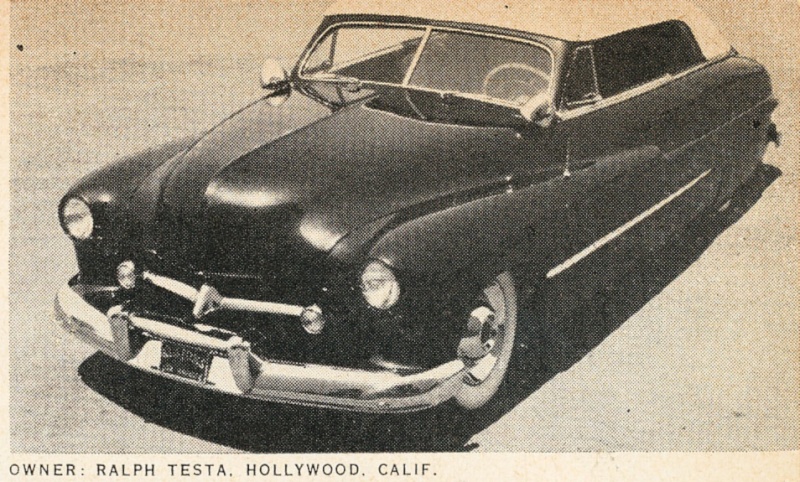 1950 Mercury Convertible restyled by Barris Kustoms for Ralph Testa of Hollywood, California. According to Frank Monteleon, a close friend of Ralph, the car was restyled almost as a new car.[2] The windshield of the car was chopped 4 inches, side and quarter windows were cut on a tapering line which started with a 4 inch cut at the windshield, and ended with a 2 inch cut at the rear. After the chop the car was fit with a white padded top. Up front the tapering peak of the hood was extended down to the oval grille opening. The front fenders, gravel shield and grille opening were welded together and molded. A floating bar grille with integrated direction lights was made from a Henry J grille and fit in the grille opening. The headlights were frenched and extended 1 1/2 inches with the sealed beam units set back 1 inch in the headlight frames. The rear deck was filled, and the door handles were shaved. A special key lock electric push button inserted in the Buick chrome strip on the side of the body replaced the stock door openers. The dual exhaust tips were routed trough the rear bumper in the form of rectangles instead of the usual round tips. A pair of 1949 Buick taillights were mounted horizontally in the rear quarter panel. All the pan creases were welded and molded solid. Ralph wanted his Merc low, so in order to give it the the right stance, the merc was lowered it 5" in front by sectioning the spring cups and by cutting the coil springs. The rear was dropped 7" by stretching the springs and mounting lowering blocks. A "C" shaped section was taken from the frame, making better clearance between the rear axle and the frame. Once the bodywork was completed the freshly restyled car received a Coral Blue/Purple paint job, featuring 28 layers of lacquer.[3] 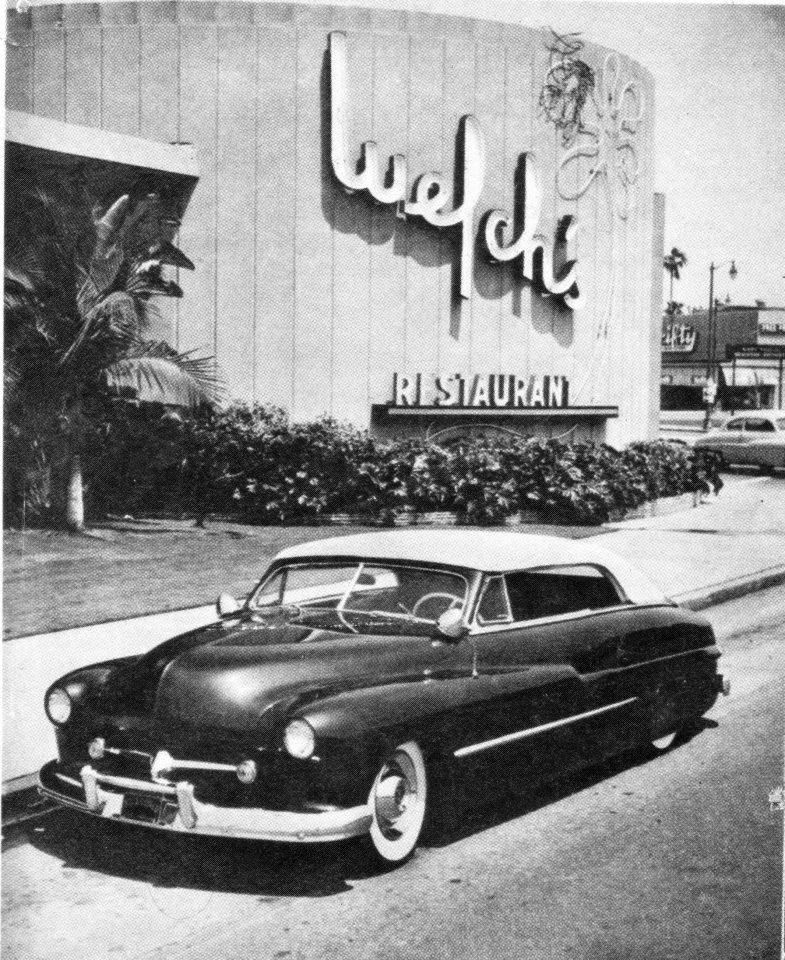 Around 1952-1953 a guy named Jim Foran was in the service being stationed in White Sands, New Mexico. On his time-off Jim worked in a service station. One day a fellow who was in the area visiting some relatives stopped by the station with a customized 1950 Mercury. Jim struck up a conversation with the guy, and the fellow complained about making car payments he couldn't afford. A deal was made between Jim and the owner, and the Merc changed hands. Jim didn't remember the name of the guy he bought the Merc from, but Bill Worden has some old ads from Hot Rod Magazine and Motor Trend showing the car for sale at Custom City. The ads are from 1952, so chances are that Ralph Testa had already sold the car to another guy.[2] 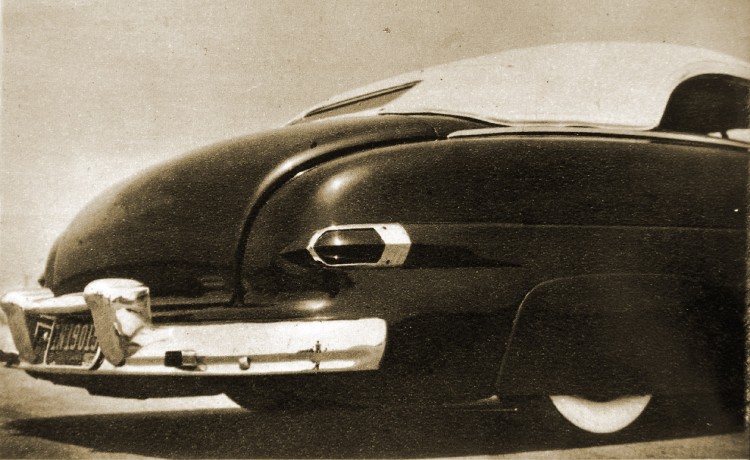 After being released from service, Jim drove the car over to Barris Kustoms and had George Barris drill hole in the fenders and mount Barris Kustoms Crests on the car. Jim also had some carpet work done at Gaylords before returning back to Tacoma, Washington. A picture from the Bill Worden collection dating back to August 30, 1954 shows the car with a new Tahitian red paintjob. After painting the car Jim brought the car to the Spokane Autorama where he won 1st place.[2] 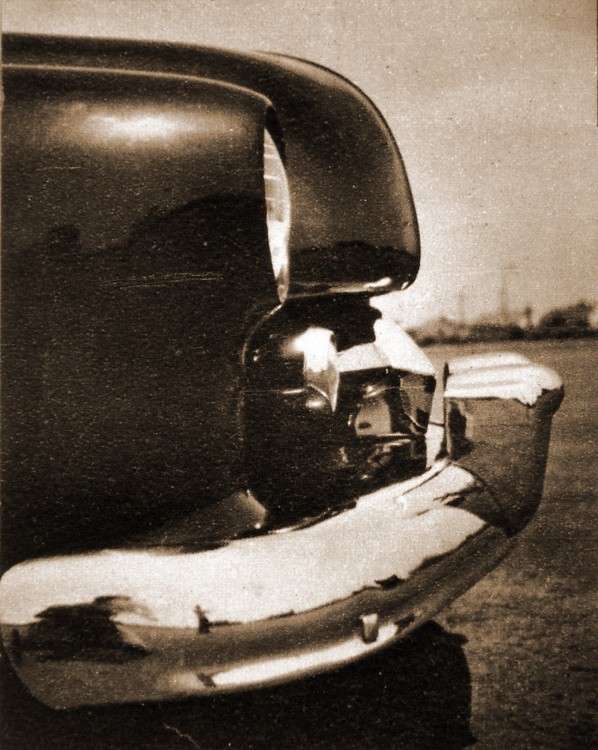 Jim had no garage to store the car inside, so the Merc was parked on the street. Grewing tired of trying to keep the top looking good, he decided to sell the car. All the young guys that were interested in it had no money, so Jim ended up trading it to some Japanese brothers who owned a car lot for a 1953 Cadillac Convertible. He drove the Cadillac down the block, and traded it for a 1954 Cadillac Coupe DeVille. After a while the car ended up in Spokane. It is not known how the car ended up in Spokane, but once there it passed thru several hands of the Draggins Car Club members. During its time with the Draggins guys the Merc lived a "bad boy" life. Stories are told about the car being used to break in to a rail car in order to steal some booze and then being chased down the tracks by the railroad police.[2] 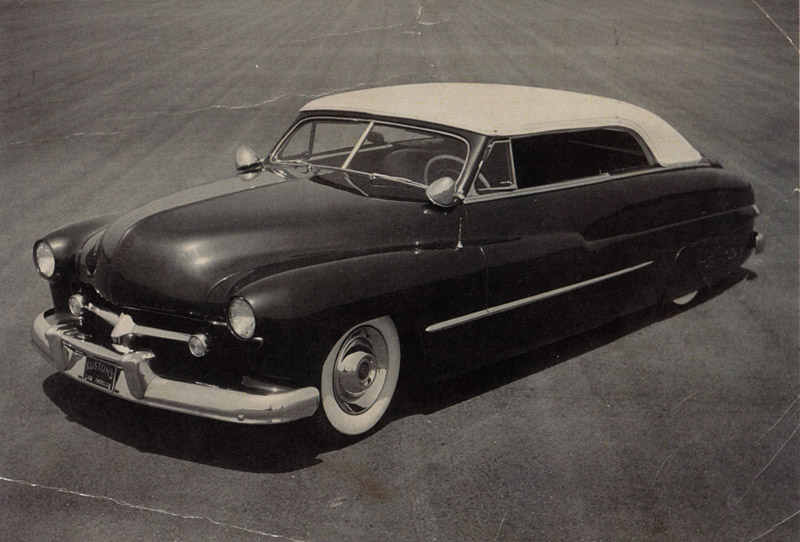 In 1978 Bill Worden and a friend attended a swap meet in spokane. Bill's friend knew about a Barris Merc being stored away, and wondered if Bill was interested in going over to see it. The car was in a poor shape, and the owner wasn't going to do much to it. Bill and his friend visited the car the next year, and not much had happened since last time. After the visit Bill and his friend made a pact that if the car ever became available they would buy it together. A week or so later the current owner of the car called Bill's friend and said that he wanted to sell it that weekend. The price he wanted for the car was $4 000 USD firm. The two friends bought the car, and brought it over to Bill's garage in Richland. After about a year or less, Bill's friend became dissolutioned and asked Bill to buy him out, something Bill promptly did. The car sat until the early 1990s, as Bill was busy building other cars. Larry Foss did all the body and paint work on the car, and Bob Jasper did the top and interior. During the restoration the taillight pods were extended a bit, making them flow better into the body of the car. The car is powered by a fully chromed early Cadillac engine. Bill did all the wiring and assembly himself in his garage. The restoration of the car was completed in 1995 just in time for the Cruisin' Nationals in Paso Robles where the car made its comeback. After the restoration Bill has put 12 - 15 000 miles on the car, and it has won 1st place at the Amelia Island Concours d'Elegance beating the restored Hirohata Merc.[2] 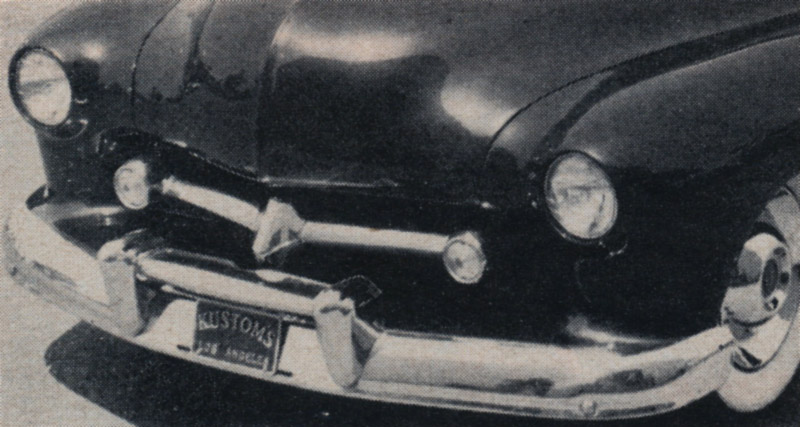 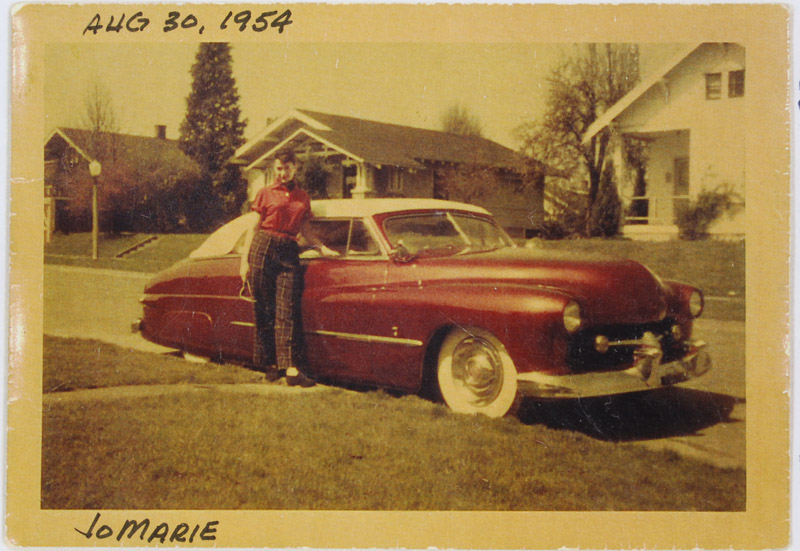 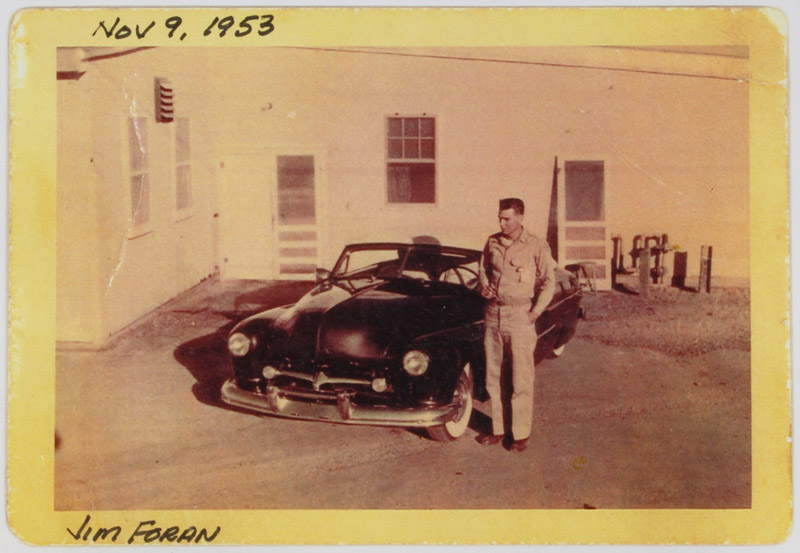 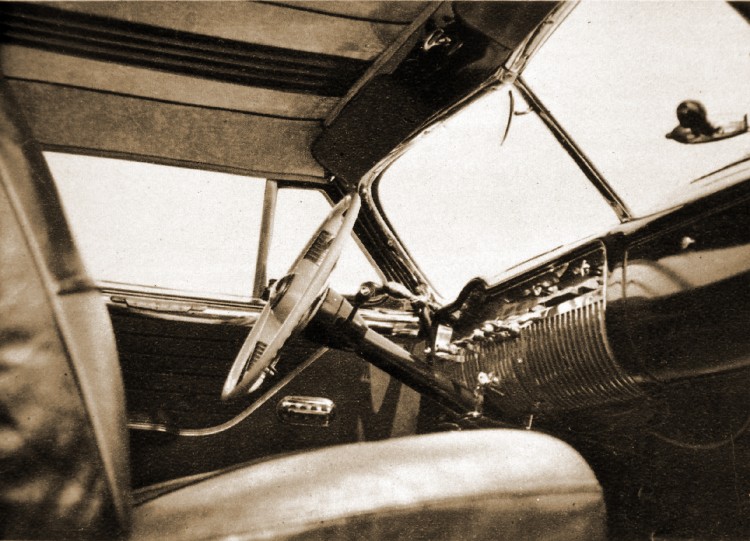 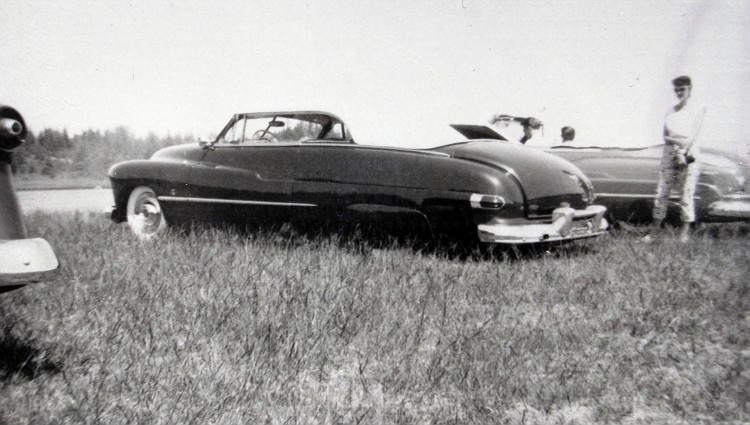 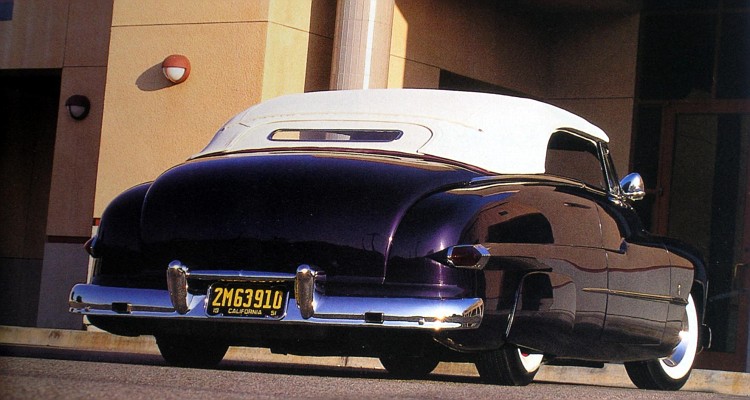 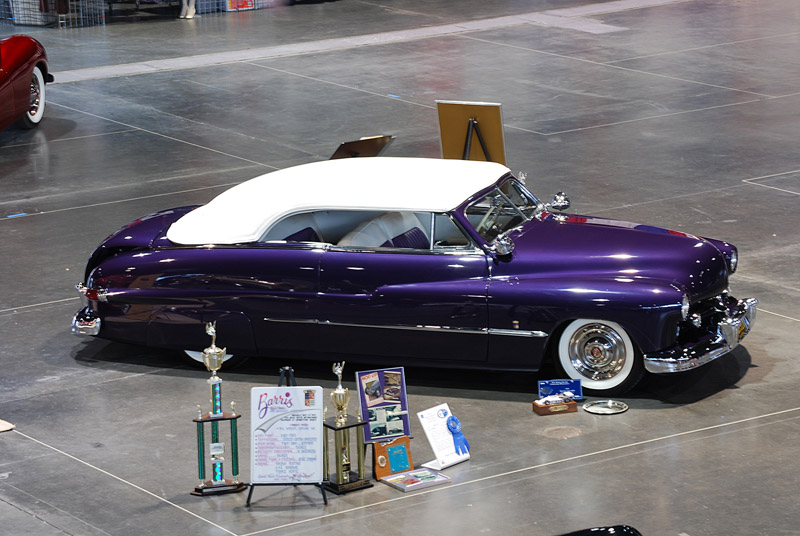 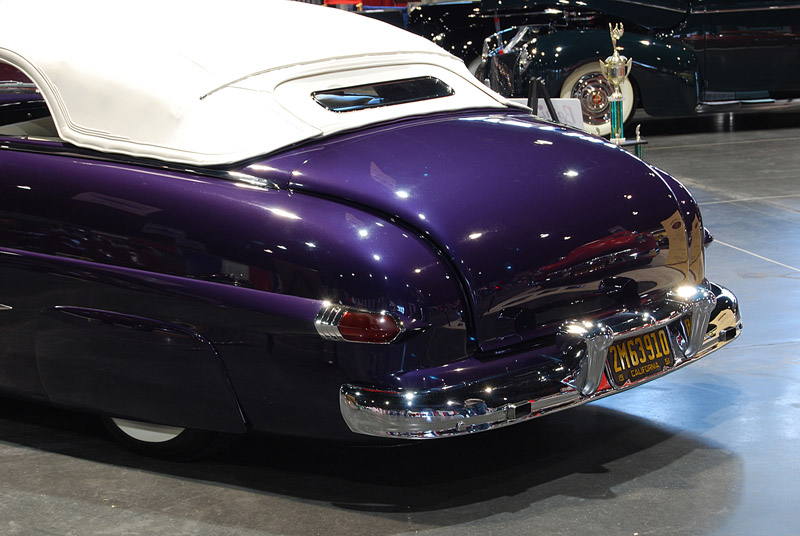 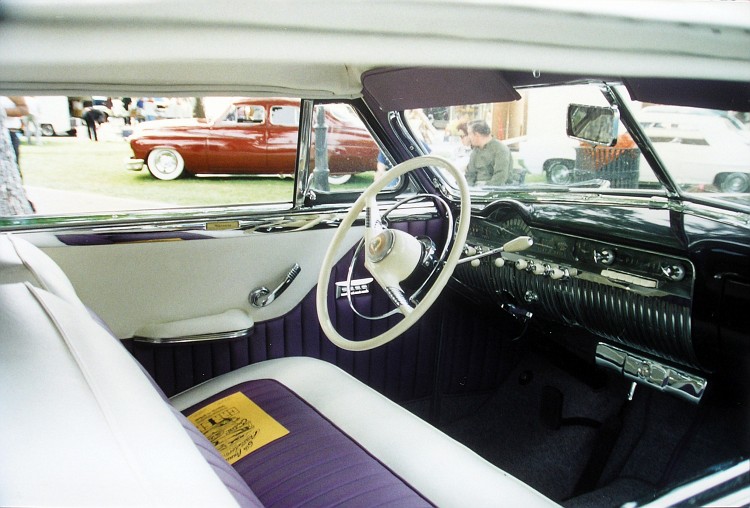 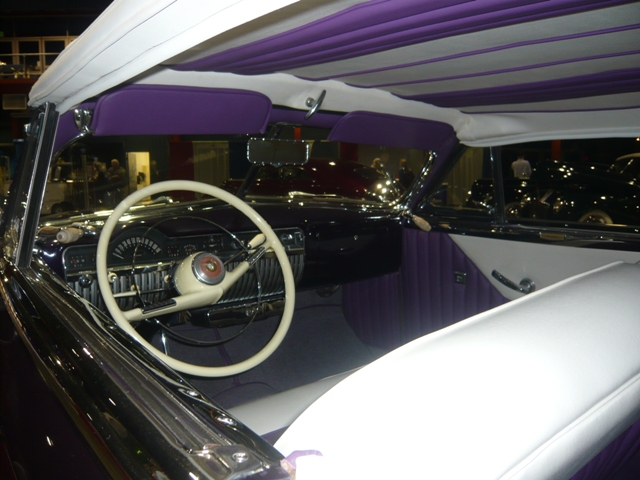 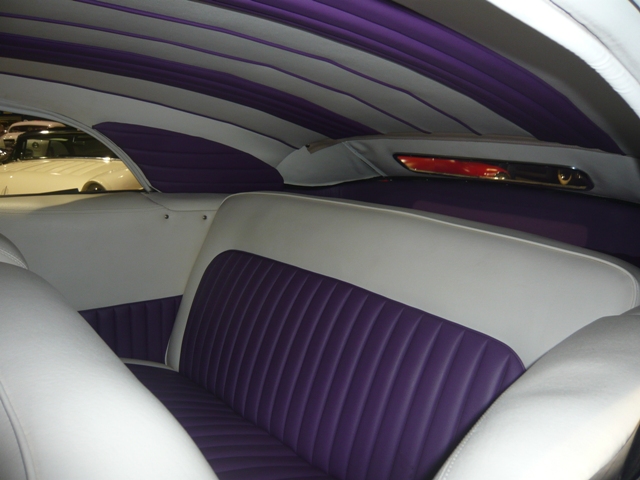 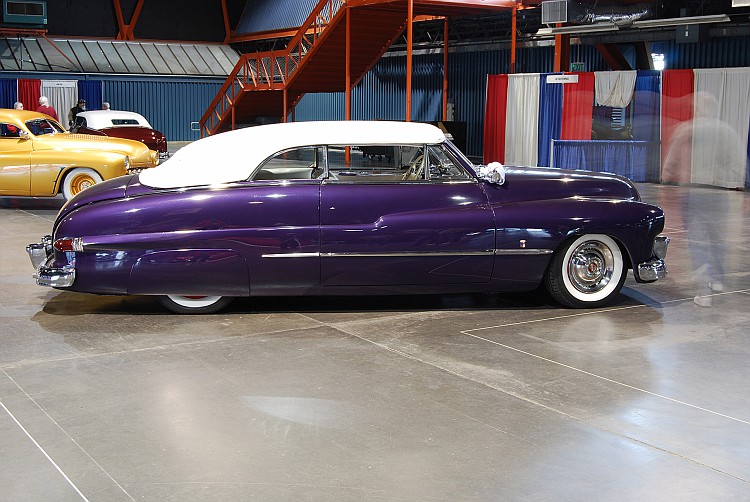 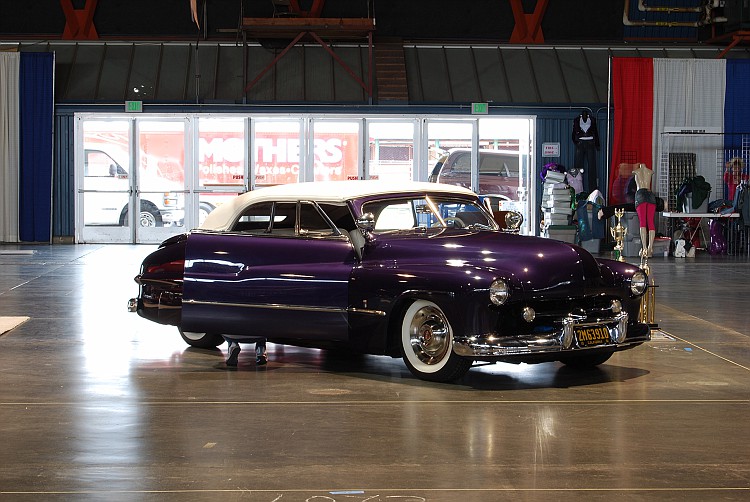 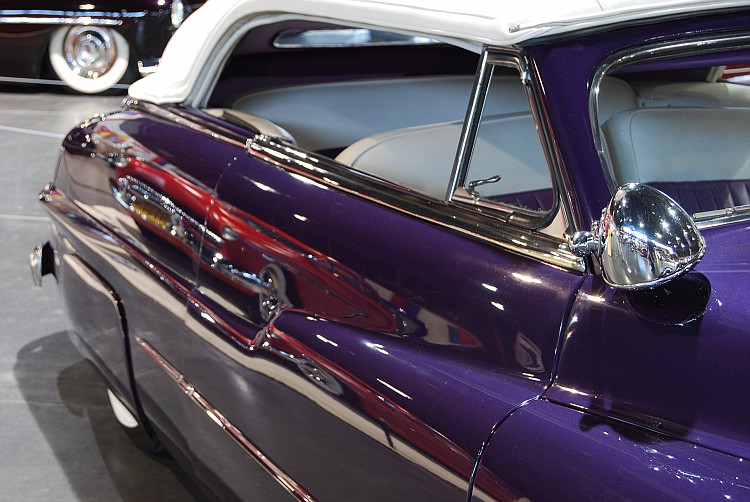 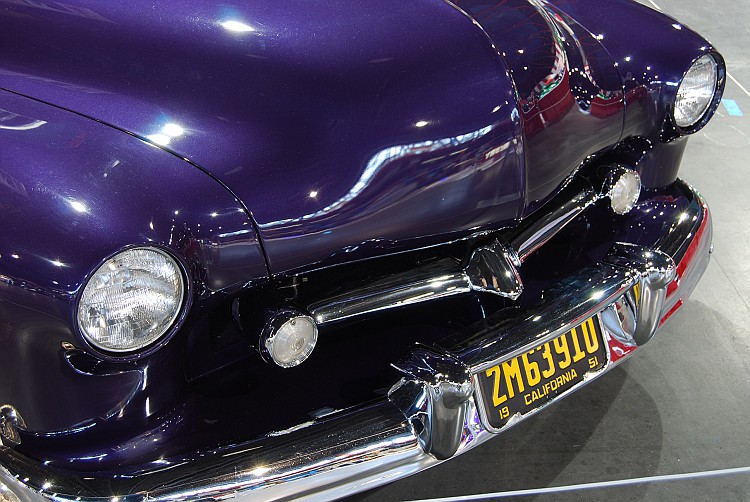