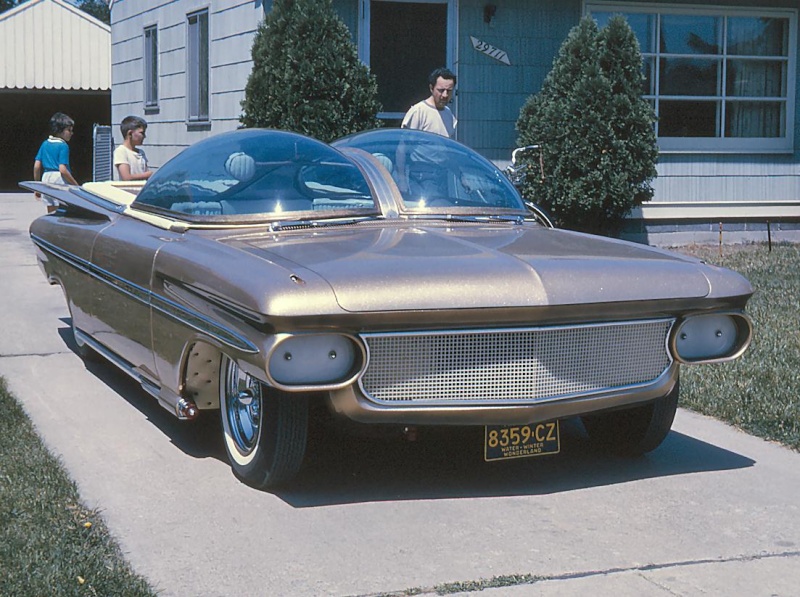 April 2006 A special thank you to Rick Shea for sharing photos of this radical custom. The following are actual photos and notes taken on June 19, 1965 by then 18 year old Rick Shea.

"The notes I made at the time (1965). I was 18. As I recall Mr. Holden had recently finished the car and it sat in his
driveway in all it's shining glory that fine sunny day." 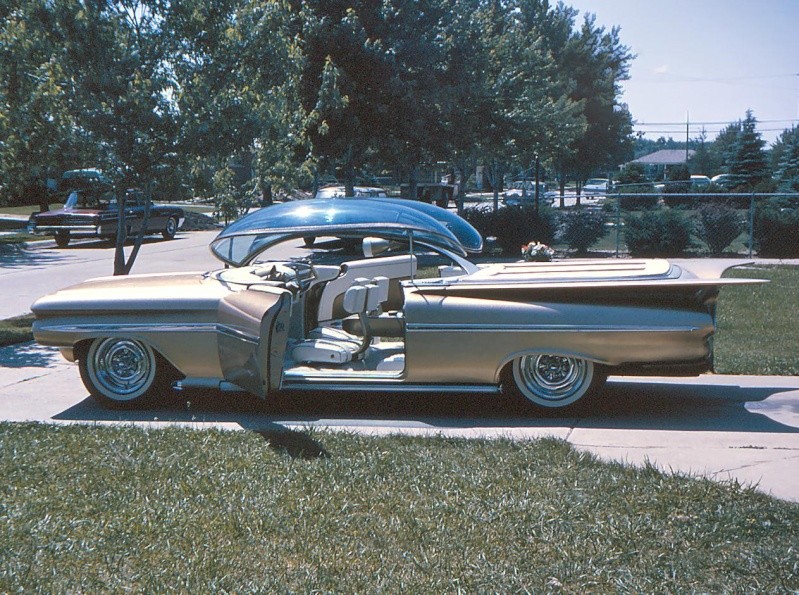 Mr. HOLDEN designed, built, owns and operates this car. Hard to believe it was once a 1959 Chevy pickup truck. 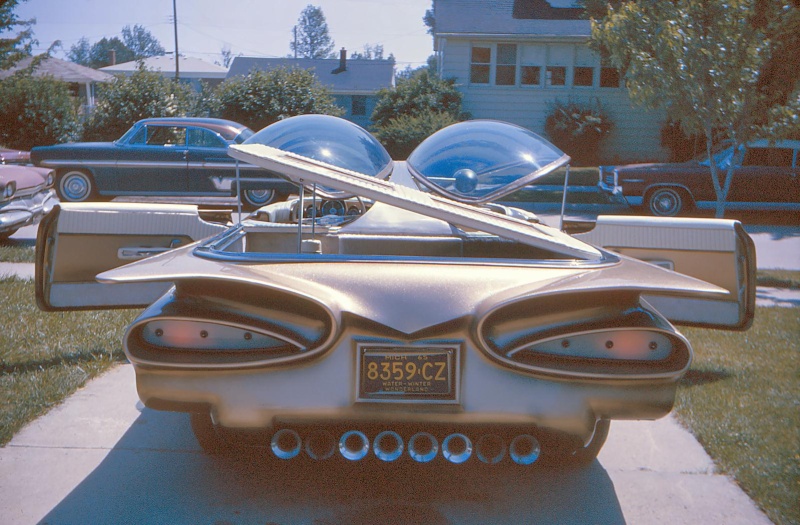 The Double Bubble top was made special by the Cadillac Plastics Company for $500.00. 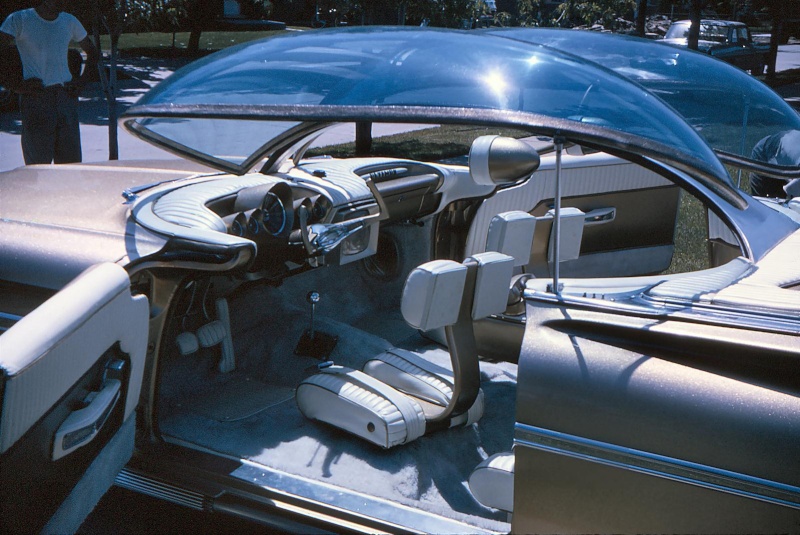 The paint job would cost $700, but he did it himself. Notice the unusual headrest and single piece construction of the seats. 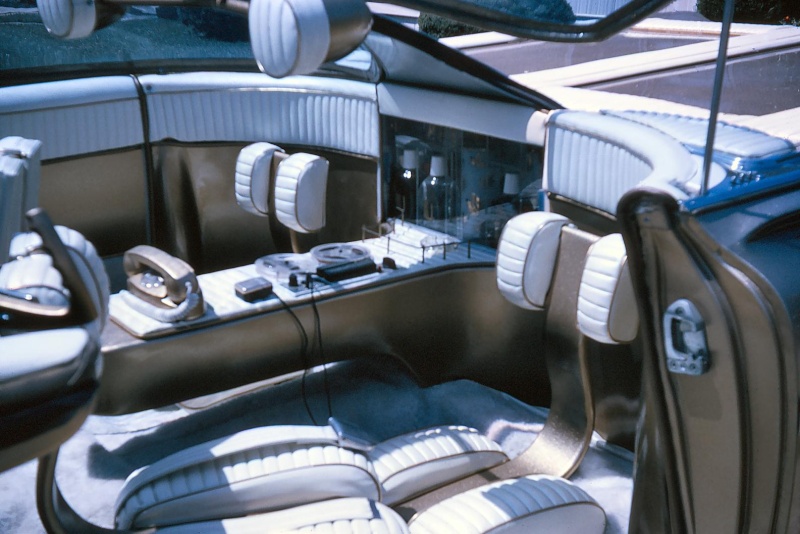 This armrest contains a telephone, tape recorder, and miniature bar-complete with glass, shaker, and several brands of liquor. 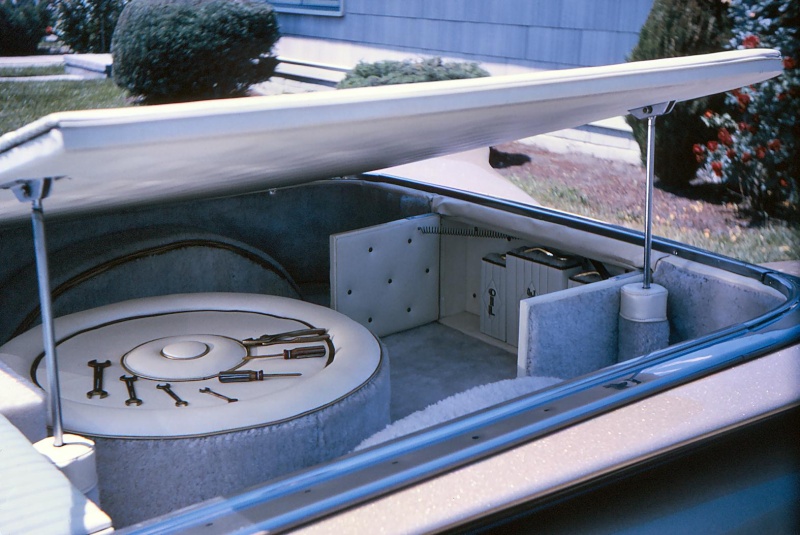 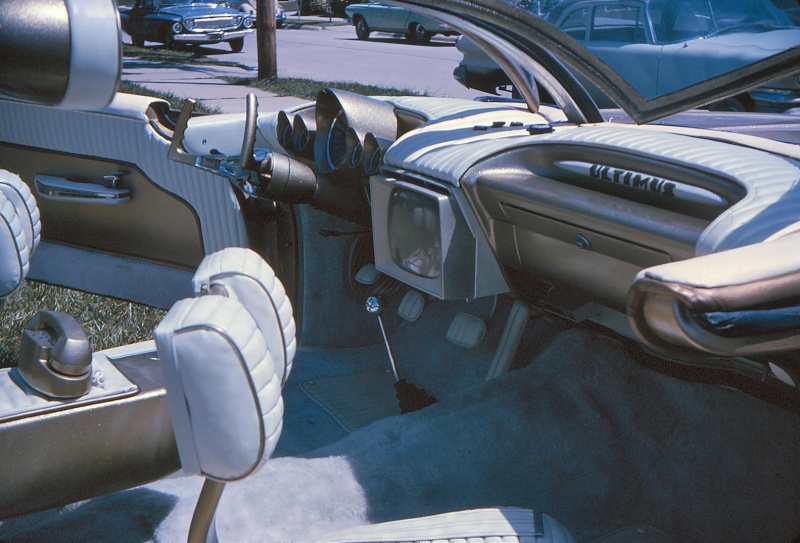 What a car! T.V. and steering wheel. It took Mr. HOLDEN 12 months to build it. 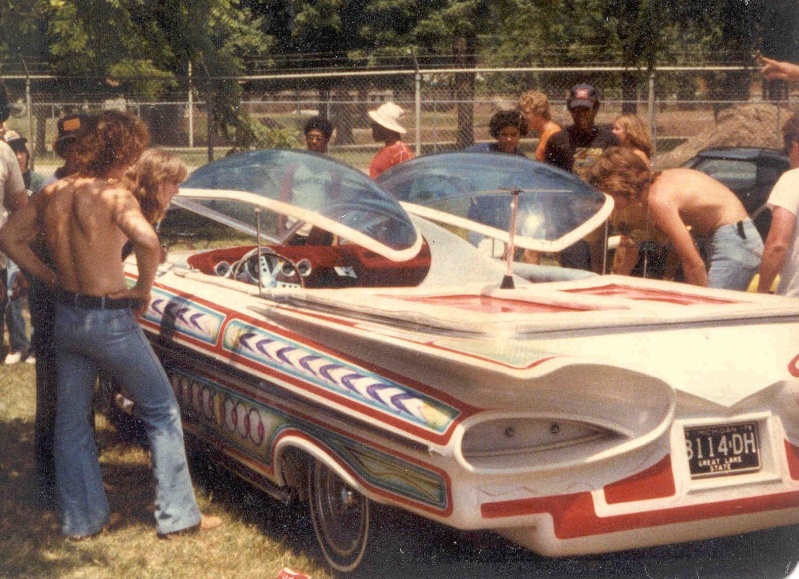 This custom originally named "ULTIMUS" has been around since the 1960s. Jim took this photo at the Car Craft Street Machine Nationals in Indianapolis in 1979. 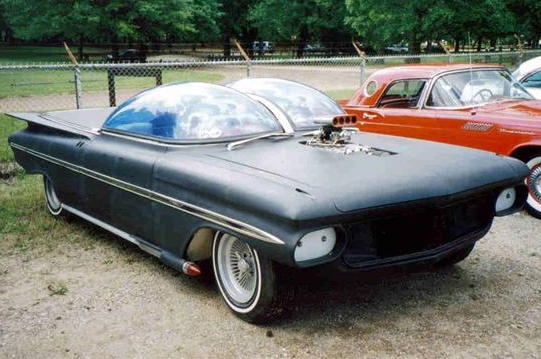 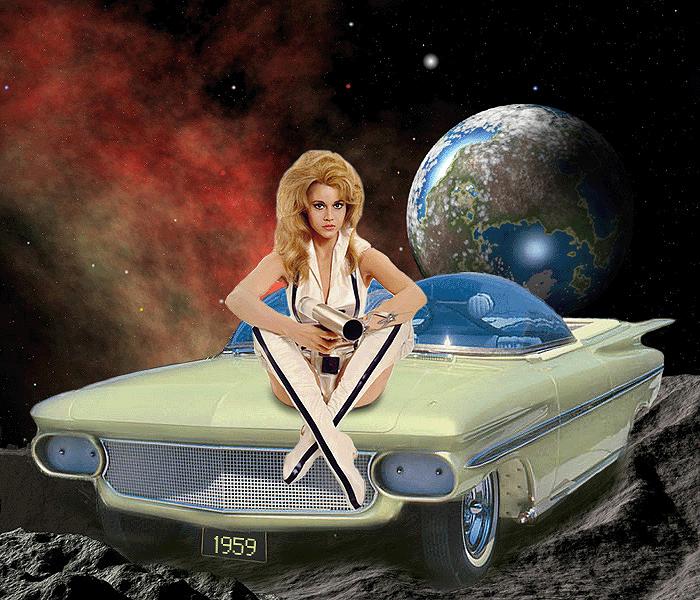 With "photoshop" software, the ULTIMUS is truly "Out of this world" Thanks "Jens" 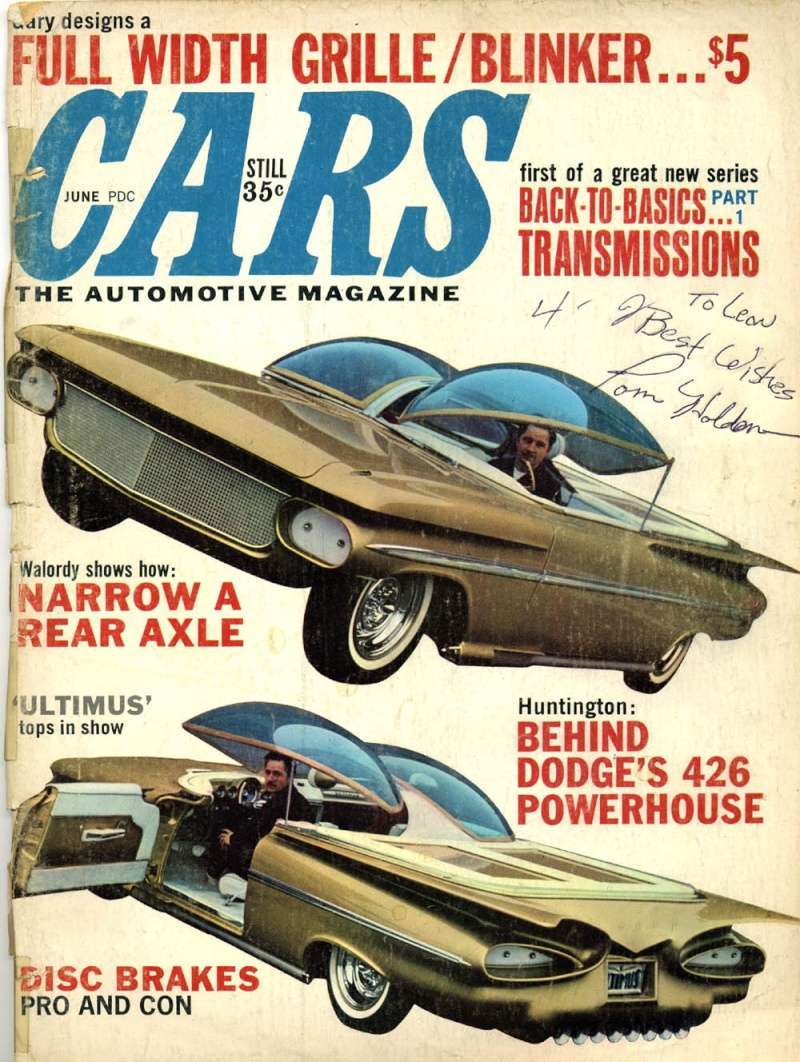 Update, September 2009 The ULTIMUS was a magazine cover car. Many thanks to "Leon" for this image 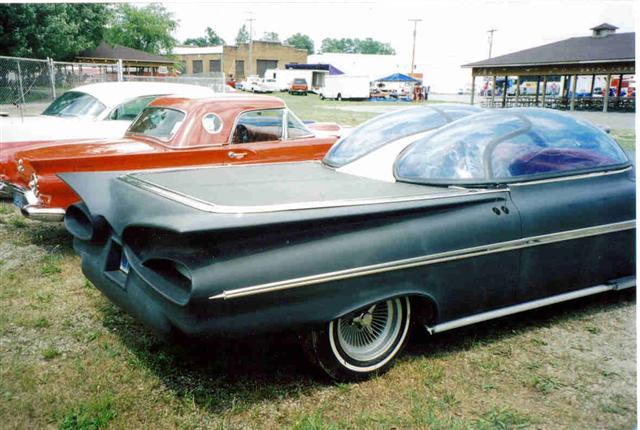 A friend of mine, Leon Dixon, wanted me to post the following for him regarding the Ultimus and it's builder, Tom Holden...

"The bubble top was NOT made by Cadillac Company. It was made by Cadillac PLASTICS Company that used to be located over on Second or Third Avenue in Highland Park, MI. I met Tom Holden several times. The Ultimus was featured at the Autorama Custom Car show at Cobo Hall in Detroit, MI when it debuted. I won a place in the model car contest that year with my prediction (which came true almost as I said it would) of the GTO built as a 1/25th scale Tempest convertible with a working top. At that debut, I brought along my copy of CARS magazine, which featured ULTIMUS on the cover. Bud "The KAT from AMT" Anderson, The Alexander Brothers, Ak Miller and others were there along with Tom Holden. I took photos with Tom and Bud, but no idea what happened to them. Tom always wore a helmet/hardhat when showing the car that was painted in matching gold metallic... it said "KusTOMs Unlimited" on it. He was shown wearing it in the CARS magazine article. I still have my copy of that magazine autographed to me on the cover from Tom Holden- signed right there at Cobo Hall in Detroit. As I recall, the bubble top was molded in one piece, then Tom cut it into 2 sections. I sat in the car and remember that the custom-built swivel buckets were more like bar stool tops and one sat very low compared to the dash top. It was hard to see the front and rear of the car. The steering wheel was the mormal Impala wheel, except that Tom made it look VERY futuristic by cutting off most of the rim and polishing the ribbed grip sections! Last time I saw it, the car was sitting in a gas station on Telegraph Road, just outside of Detroit... looking rather forlorn. I nearly cried seeing that awful blower sticking up thru the hood in the site photos."
http://www.chevytalk.org/fusionbb/showtopic.php?tid/129420/
_________________
We don't care the People Says , Rock 'n' roll is here to stay - Danny & the Juniors - 1958 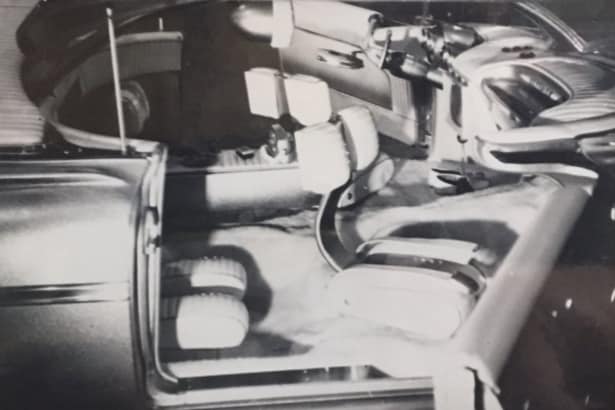 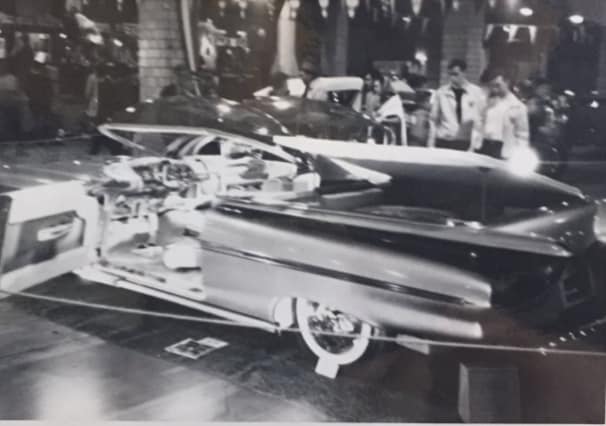 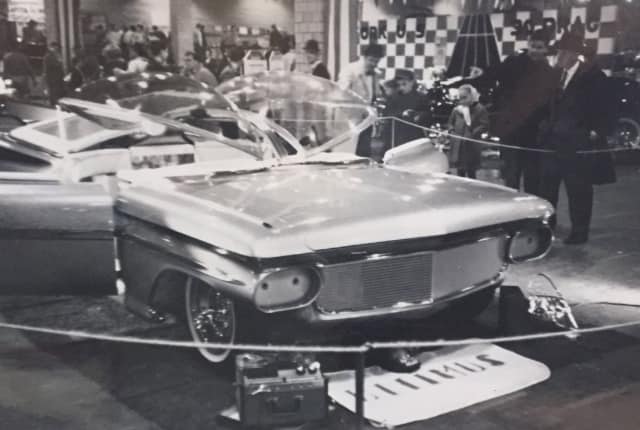 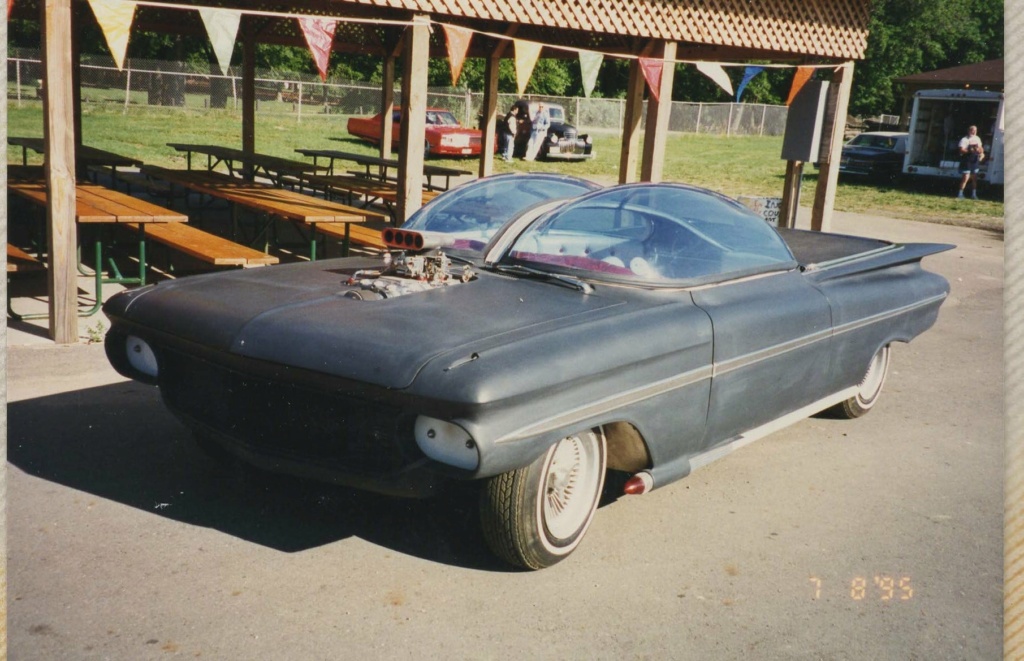 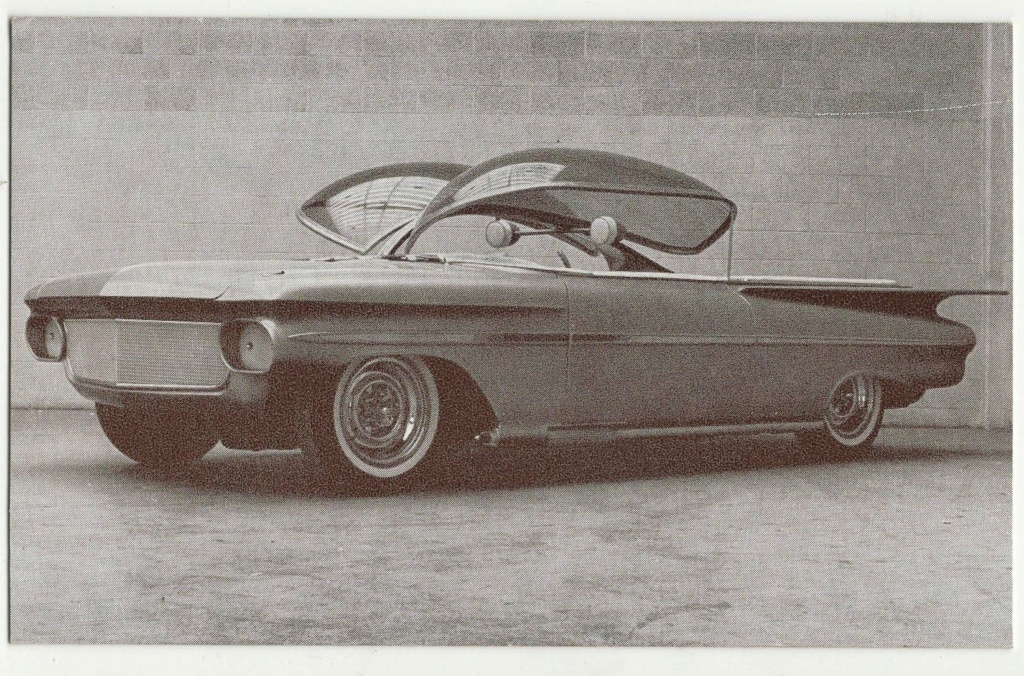 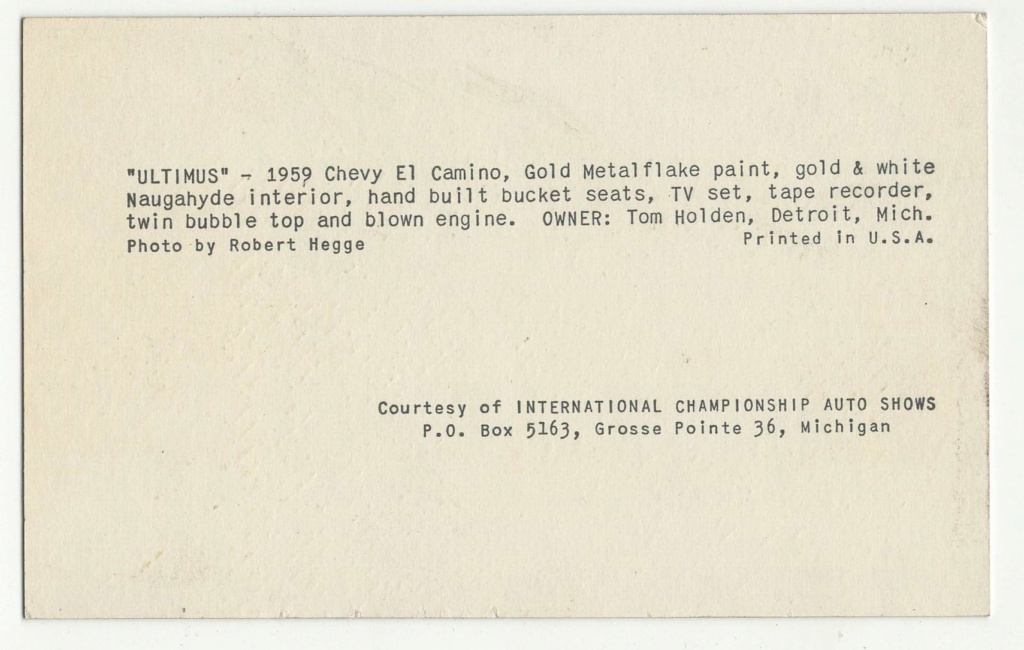