Formed in 2010, Cherry Rat & Os Gatunos was created by Cherry Rat (vocais) and Lex Tats (slap bass), at the first experience of both at Rockabilly scene. The band members are Cherry Rat (vocals), Lex Tats (bass), Joe Marshall (guitar) and Pigmew (drums), after three years of existence has just release their first album, called "Bop to the Hell" in 2014.

Cherry Rat & Os Gatunos brings the influences of each member in order to complete unanimously all the songs, with a hint of the experience of that member with your other bands. Currently, the band prepares your new videoclip and playing around Brazil your new album. 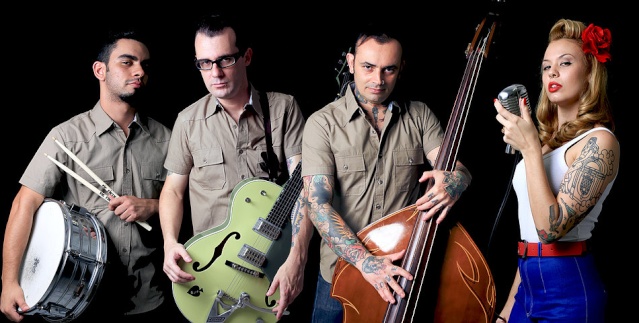