So-called "contemporary" customs have gone through many phases in the past two decades, from the "dipped" monochromatic look to the pastel-painted, tweed-interior fad to recent styles with big-inch billet wheels and airbag suspensions. While aspects of each trend linger, we're seeing more traditional influences in today's contemporary customs. Chrome bumpers are again in vogue, as are shiny grilles and polished side trim. Richer colors have made comebacks too, along with softer-looking interiors. 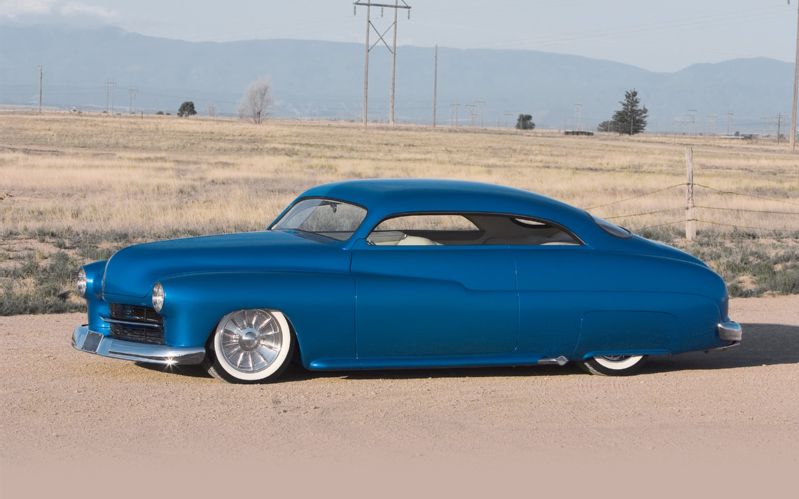 Ed and JoAnna Potestio's gorgeous '50 Mercury was arguably destined to straddle the line between modern and classic. Its inspiration was a chopped Merc Ed almost bought in 1951 while stationed in San Diego in the Navy. He had to wait until his 50th birthday to get his own '50 Merc as a gift from his son, Eddie, and it would be another two decades before the car took shape. By then, Eddie had established a more modern approach at his shop, Eddie's Rods & Customs, in Pueblo West, Colorado. 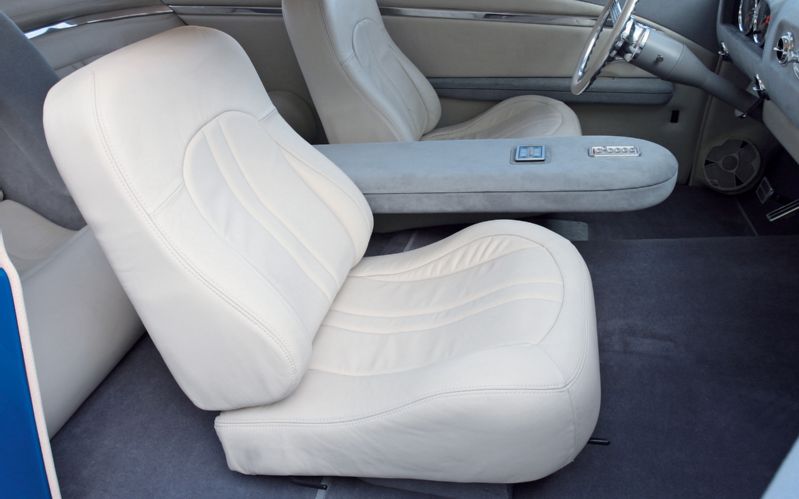 We're getting ahead of ourselves though. Ed's birthday Merc was really just a body shell resting on a modified chassis with a Nova subframe. For a subsequent birthday, Eddie had someone chop the top, but the sub par execution basically ruined it. Father and son were both so discouraged they let the car sit for years. 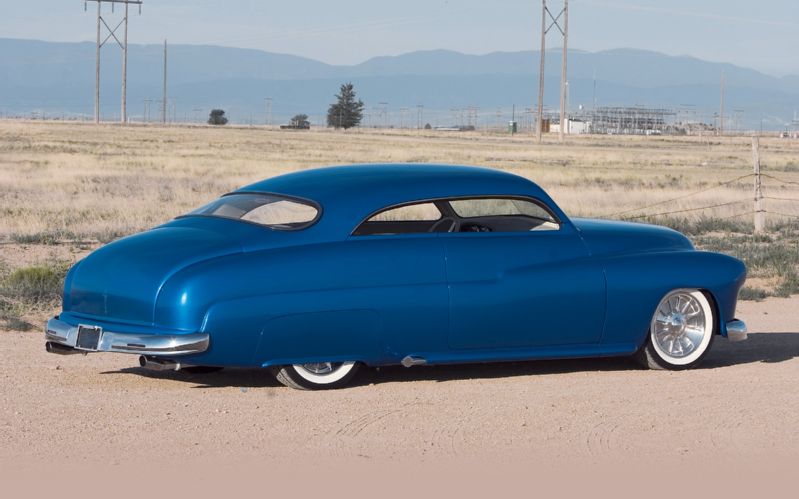 Eddie eventually worked up the courage to fix the top himself. There was just one problem: He'd never chopped a car, or even done any welding! Nevertheless, he bought a MIG welder, learned to use it, and went to work. Starting on a Friday evening, Eddie had the old top off and a new one tacked on by Sunday. He eliminated the B-pillars, shaved the driprails, and lowered the lid 3 1/2 inches in front and 4 inches in the rear. Completing the chop gave Eddie confidence to tackle more metalwork, like molding the grille shell, rounding the hood corners, and crafting full-length lakes pipe shrouds. He handed the car over to Chris Ramirez at Ramirez Rod & Custom, in Casper, Wyoming, for finish bodywork and additional mods like frenched headlights and flush-fit fender skirts. Chris also shot the stunning blue pearl paint, which D&S Paints created using PPG materials. The finish was complemented with tasteful pinstriping by Large, and bookended with modified stock bumpers-a narrowed one in front, and a rear unit fit with custom LED taillights. 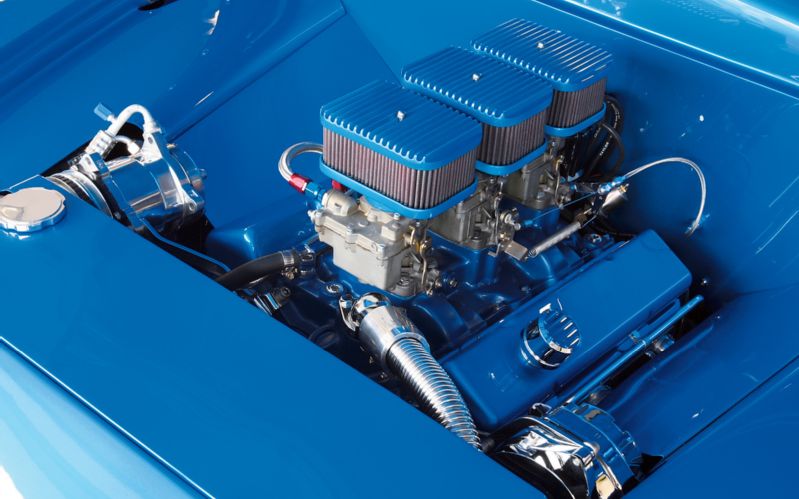 "The look we were trying to achieve was a mix of old school (what dad wanted), and more modern (the way we usually build our cars)," Eddie says. "Rather than 15-inch wheels with Cad hubcaps, we opted for 17-inch Colorado Custom Segundos-which look like Cad caps-and 17-inch Diamondback Classic whitewalls. We used a '47 Kaiser grille bar with a [painted aluminum] backing. We feel [combinations] like this don't compromise the look of the car; it just makes it appeal to more people." 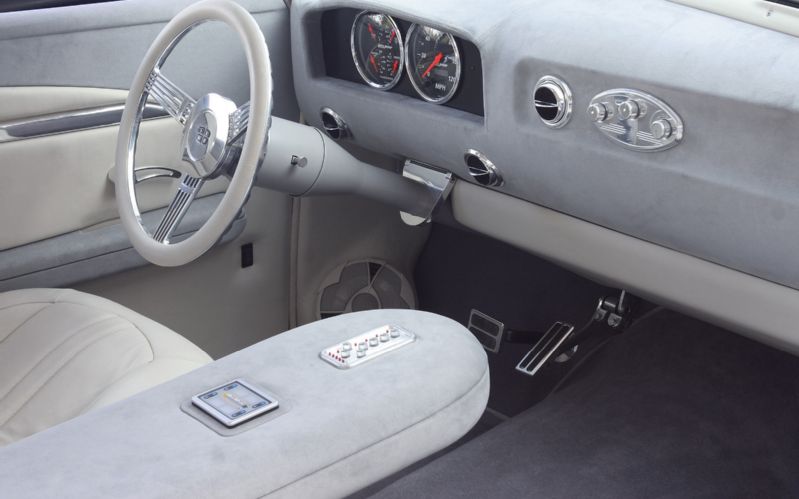 There were no compromises made underneath the Merc either. Eddie outfitted the Nova subframe with Air Ride Technologies air springs, while Bobby Padilla used Air Ride's four-link kit to suspend the Nova rearend. Master Power supplied disc brakes for all four corners, plus an under-floor master cylinder. All chassis components were powdercoated, painted, or otherwise thoroughly detailed, as was the 350ci Chevy V-8. Performance Associates rebuilt the engine, Eddie's friend Leo Suazo donated the vintage Edelbrock intake and three 2GC carbs, and Magnaflow supplied the stainless pipes and mufflers. An aluminum radiator from Air Mobile took care of cooling chores, while an electric push- button shifter from RetroTek was added to control the TH350 automatic. 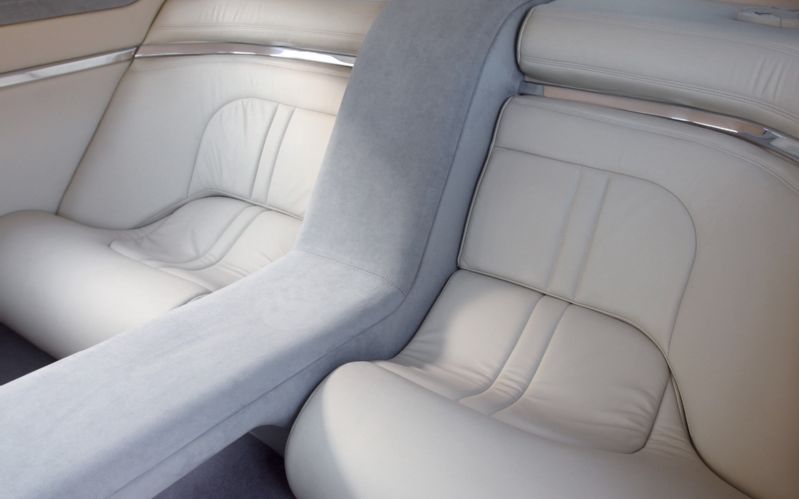 Completed in about a year, the Merc debuted at the 2005 SEMA Show. It went on to compete for the World's Most Beautiful Custom title at the 2006 Sacramento Autorama, was invited to the Fresno Autorama, and made a splash at the KKOA Leadsled Spectacular last summer. 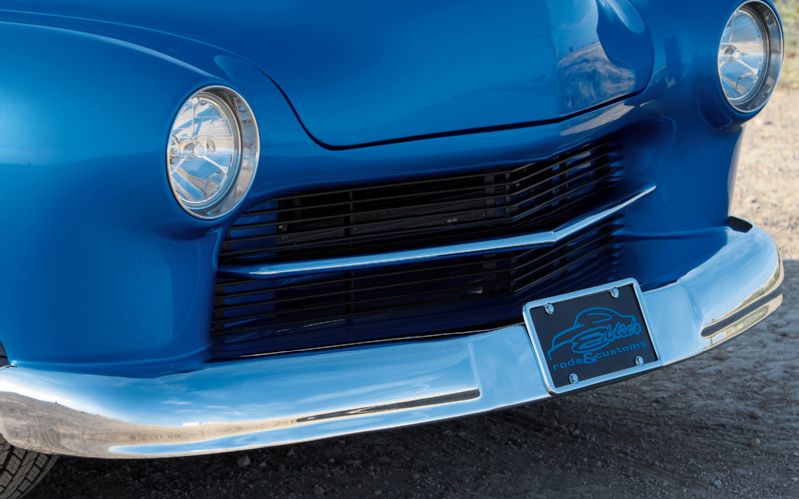 "We were honored to have just about every customizing legend in the country stop by the car," Eddie says of the KKOA show. "All had kind words and seemed to really love the car. It was great for us just to be noticed by these builders, but then came the awards. We received the Grand Marshall Award, picked and given by Darryl Starbird. Then we were honored by winning Most Spectacular Leadsled, which was picked by a judging staff and given to us by George Barris. The best part was when he said it was one of the most beautiful Mercs he had ever seen!" That's mighty high praise for a very cool Merc.