Commissioned by the prior owner to reflect the groundbreaking customs he saw prowling the streets of Chicago during his youth, this 1936 Ford Roadster was built by Donn Lowe. The body was painstakingly restored, the rumble seat was eliminated in favor of a full-size trunk, the rear fender skirts were hand-fabricated and the cowl was hand-built from the best parts of three donor units, while the front headlight pods originated from a 1940 Chevrolet. A hand-made grille insert incorporates a narrow 1939 LaSalle grille, perfectly replicating a period customizing technique. The front bumper is a subtly modified 1940 Oldsmobile unit, while LED taillights with acrylic lenses highlight the rear, along with a windowed license-plate compartment. 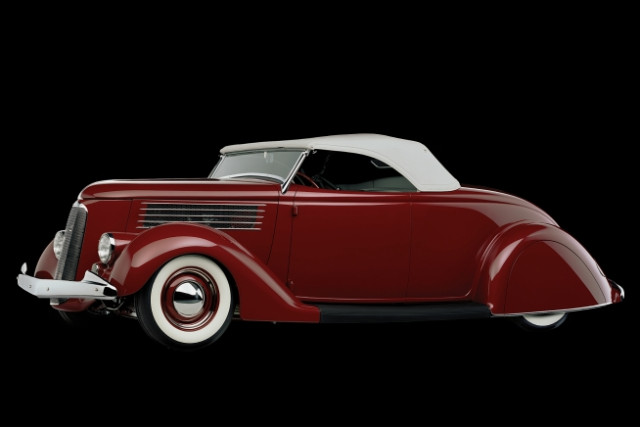 Finished in metallic maroon lacquer, the Roadster has a speedster-style Bob Lee top, including hidden snaps and padded seams. The interior, trimmed by Jim Griffin of Bend, Oregon, includes a split-back bench seat with white and maroon leather, along with white Wilton wool carpeting, a theme continued to the trunk compartment. The stock dash features white-faced factory-style instruments, while the circa-1939 Ford banjo steering wheel was adapted to accept a standard horn button from a 1940 Ford. Wiring was provided by Painless Performance of Fort Worth, Texas. 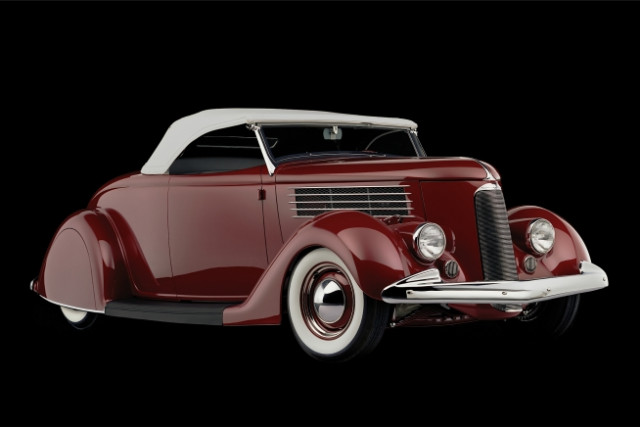 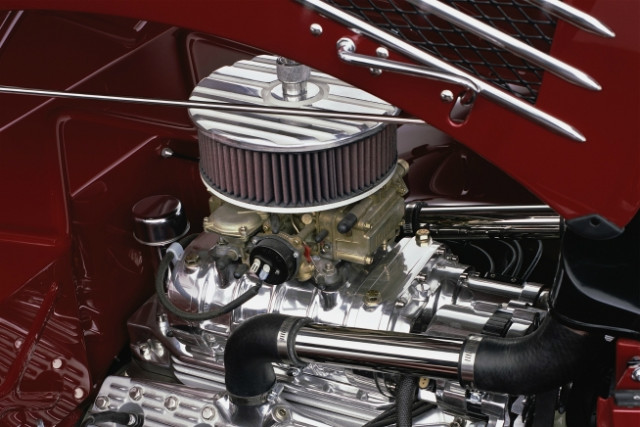 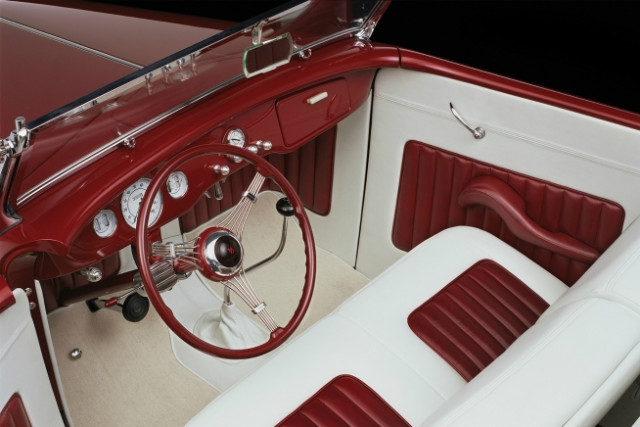 Rolling on a set of 1946-1948 Mercury steelies with 1940 Ford-style hubcaps by Wheel Vintiques and shod with a set of BF Goodrich-style tires from Coker Tire, the Roadster possesses an unmistakable profile, with all the power, performance and attitude of the early hot rods of the late 1940s and early 1950s. The subject of a February 2008 feature in Street Rodder, this magnificent 1936 Ford Roadster truly represents the fulfillment of boyhood dreams. 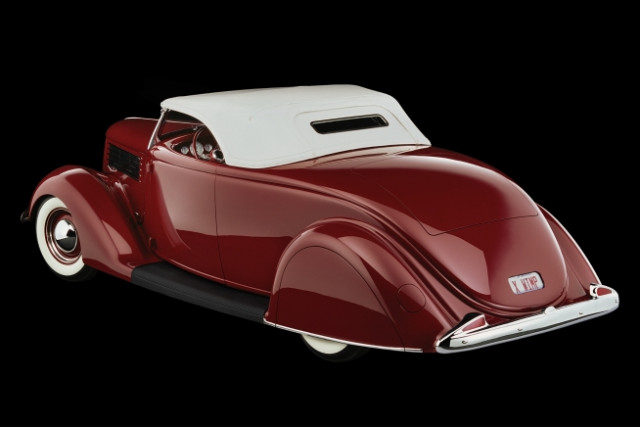 This car was auctioned off by RM Auctions in January of 2010 at the Arizona Biltmore Resort & Spa, Phoenix, Arizona.