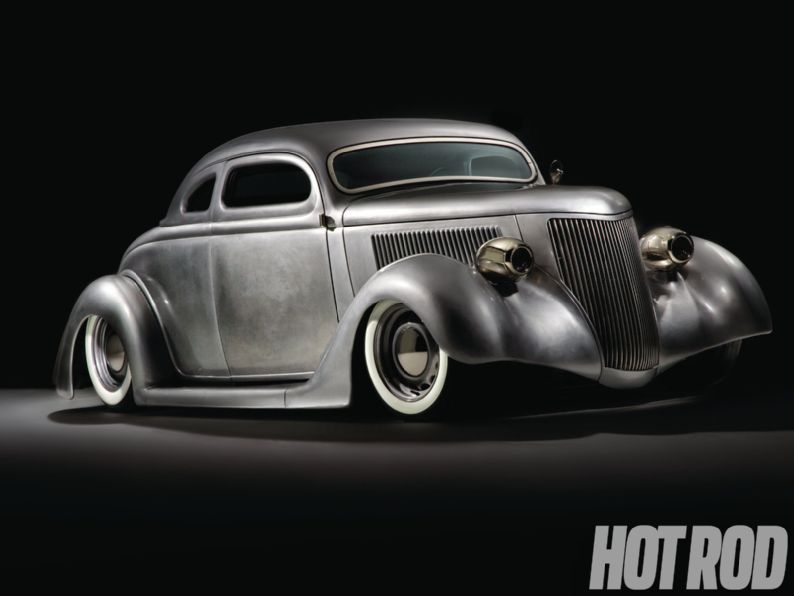 Metallica frontman James Hetfield has been a car guy for years. If you've ever seen the video for Metallica's song "Fuel," which is a 41?2-minute montage of street racing muscle cars and burnouts, that shouldn't come as a surprise. Right about the time when his taste for cars was evolving from muscle cars into hot rods and customs, he met Scott Mugford, owner of Blue Collar Customs in Sacramento, California. The two ran into each other every now and then at various northern California car shows and talked cars every time. Noting the kinds of cars that Scott's shop turned out, James commissioned Blue Collar Customs to finish a Ford F100 he bought that had already been customized. 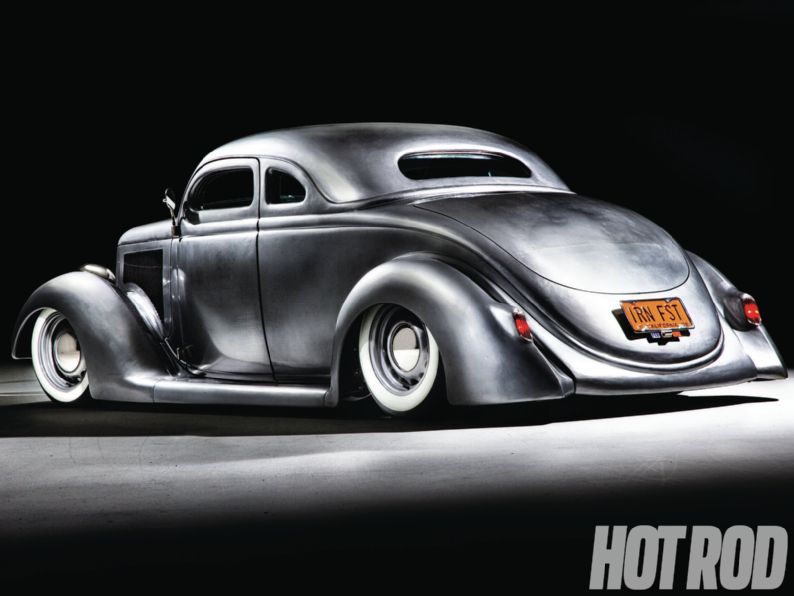 With the F100 completed and looking like a true '60s custom, the search for the next project was on. Although he was looking for a three-window '36 coupe, a five-window "beater from SoCal" turned out to be a blessing because of the extra legroom. James had Blue Collar chop the '36, but it went under the knife in his own garage as well. "I proceeded to cut into it myself and keep it a rat for a while. That was really the extent of my skills anyway," he says. After driving the car to shows across California and racking up the miles, the '36 was rough around the edges, so he once again turned to Blue Collar Customs. 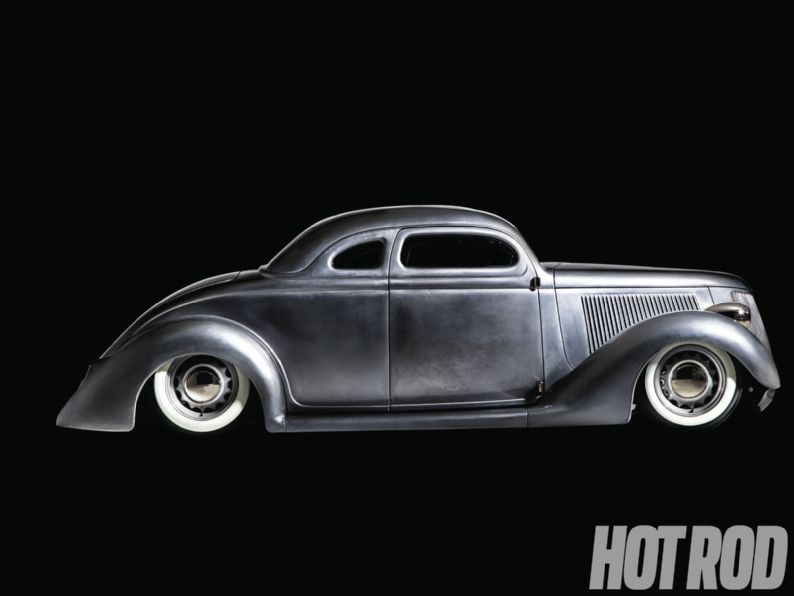 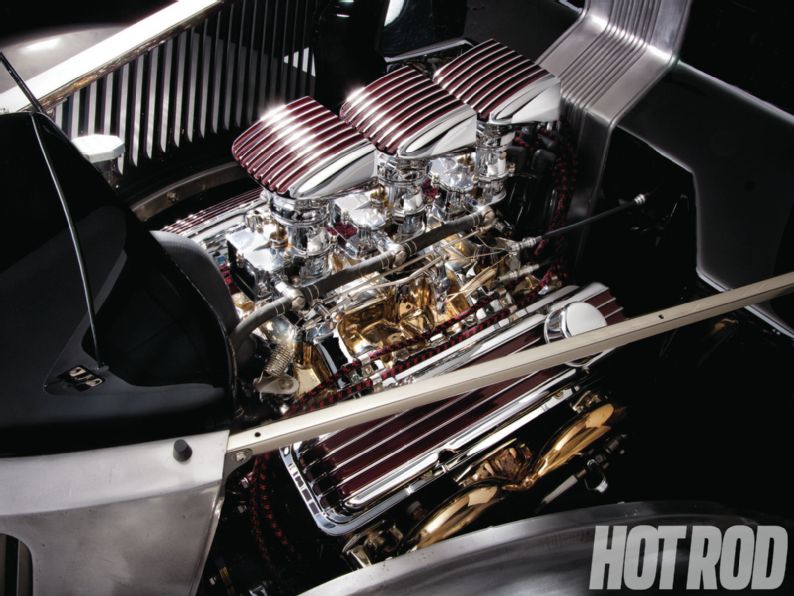 The shop installed a new air-suspension system using Slam Specialties 'bags, a modified Heidts Mustang II–style IFS crossmember, and a custom four-link in the rear. A little fabrication on the Mustang II's lower arms helped the airbag angle, and careful exhaust routing ensured the car would drop completely on its frame. 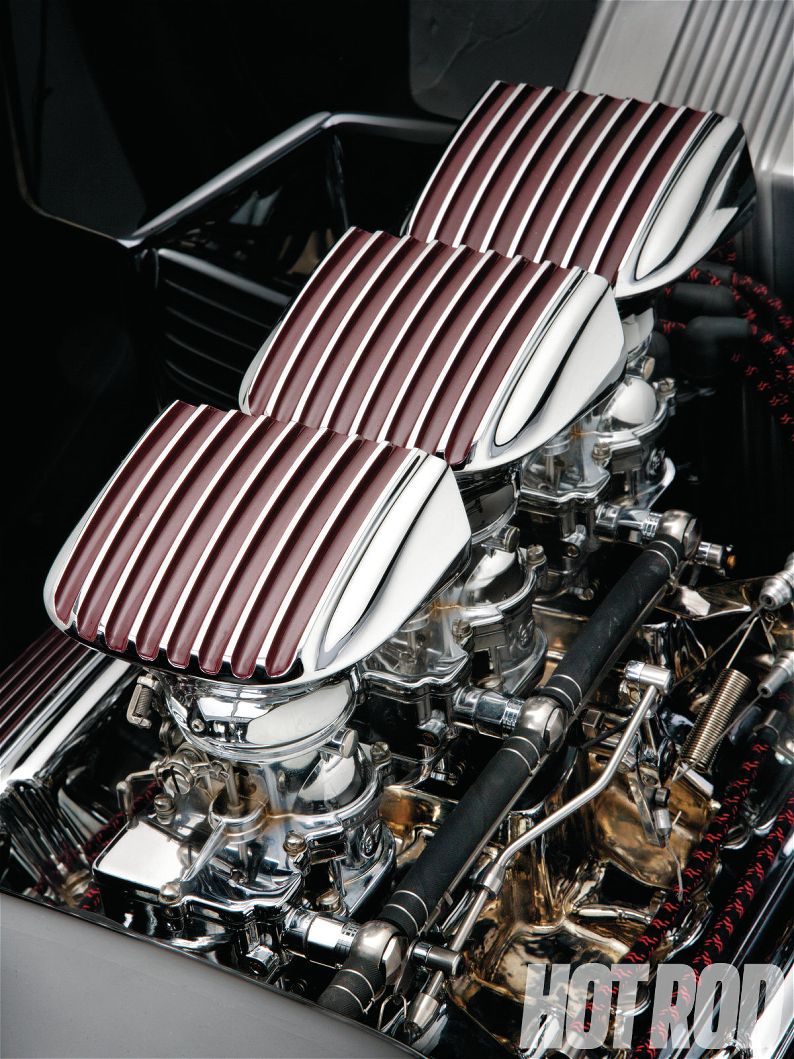 One day when James stopped by Blue Collar Customs to discuss the next stages of the Iron Fist buildup, it was still in the middle of metalwork. The roof skin had been shaped, a new, rounded-corner trunk lid had been fabricated, the hood was already converted from a three-piece to a one-piece, the new floorboards and firewall were in place, and the welds had been freshly ground smooth. The crew at Blue Collar hadn't laid down any lead or filler of any kind, but the initial plan was for a black paintjob, the most unforgiving paint color when it comes to revealing flaws or waves in the bodywork. The crew had planned on spending hours filling, sanding, and priming the car in preparation for the many coats of paint. James walked around the car and noted that he could still see the subtle transitions between panels and where welds had been made and then ground flush. He decided then and there to keep the car as is, in bare metal, to show the process of old becoming new. 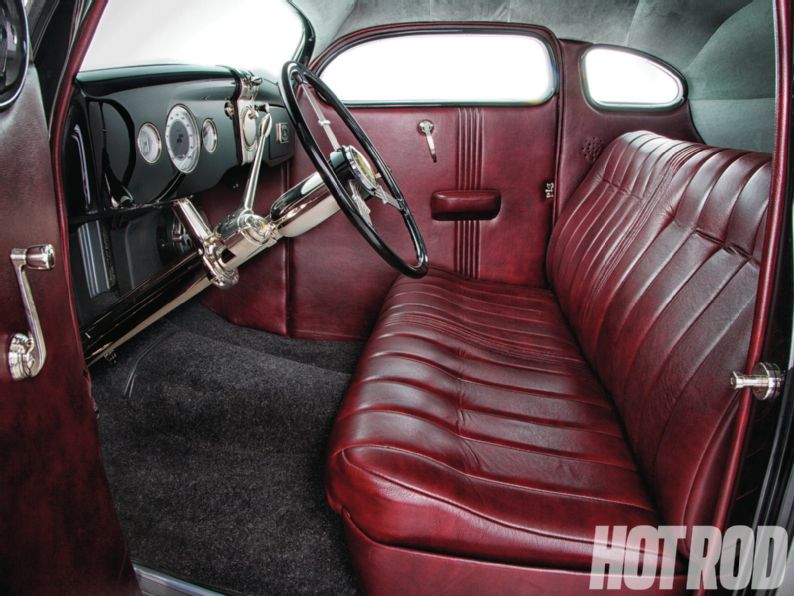 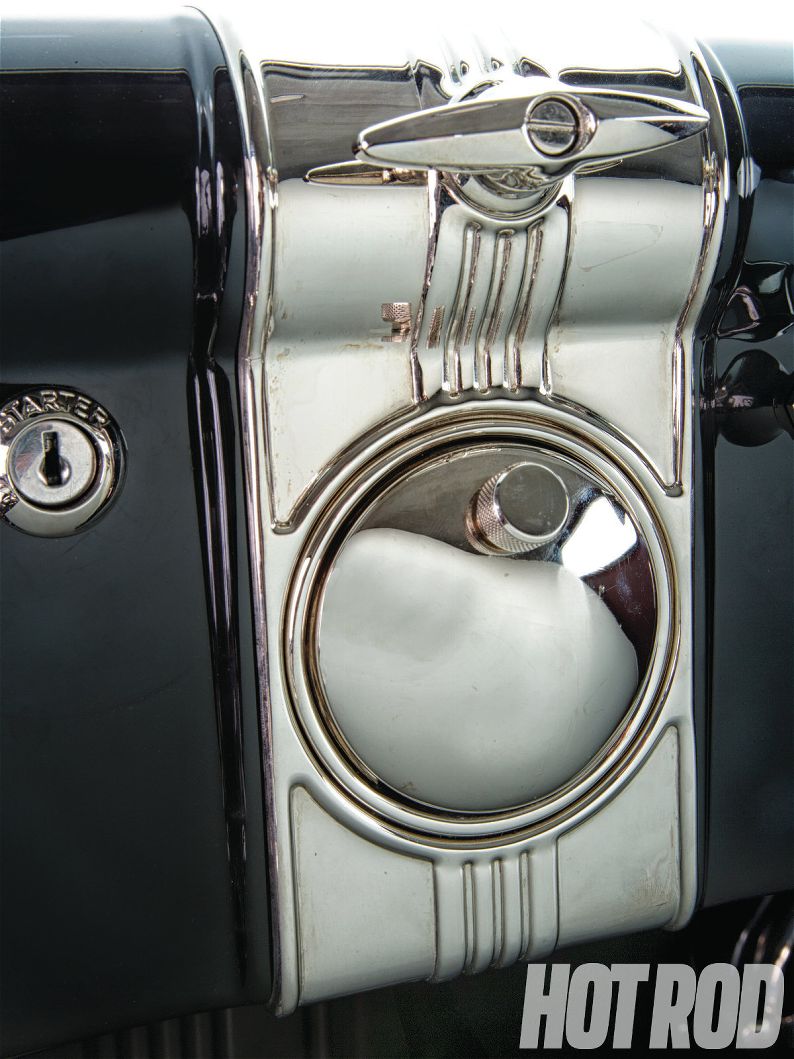 To keep going in a more custom direction, and to satisfy his vision for the car, the attention was put into the interior. A '52 Chevy steering column was mounted with a drop made from an old, aluminum Mickey Thompson connecting rod. All of the interior brightwork was plated in nickel rather than chrome. The interior was fully finished with oxblood leather upholstery and gloss-black paint. Both the audio and air-suspenson system controls were hidden, as was the A/C system, which you won't even find when looking under the hood. An all-electric air conditioner was pirated from an electric car and cleverly hidden between the seats and the trunk. Cold air enters the cab via cast-aluminum vents that came from a vintage boat. 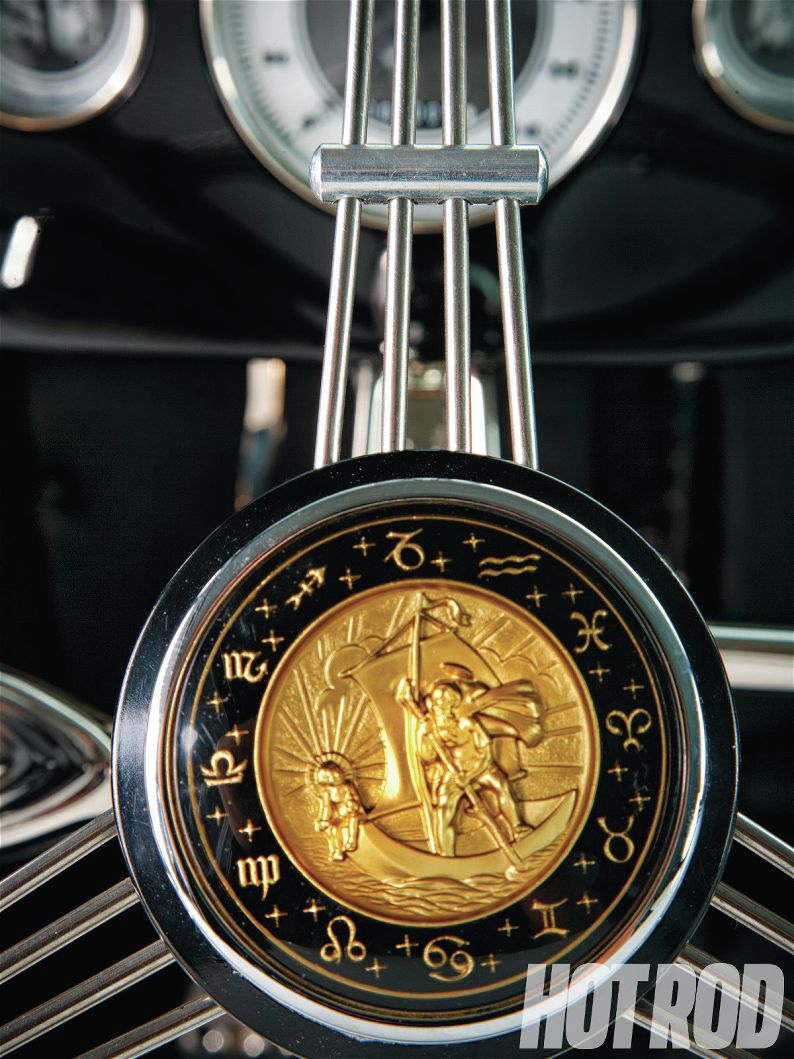 Keeping the A/C compressor and hoses out of the engine bay went a long way in making the Chevy small-block look clean, and Stromberg induction made things much more traditional, but the details were also important in the build. Every hex-head bolt on the engine, chassis, and body is stainless steel, and each one saw time in a lathe for a turned look. 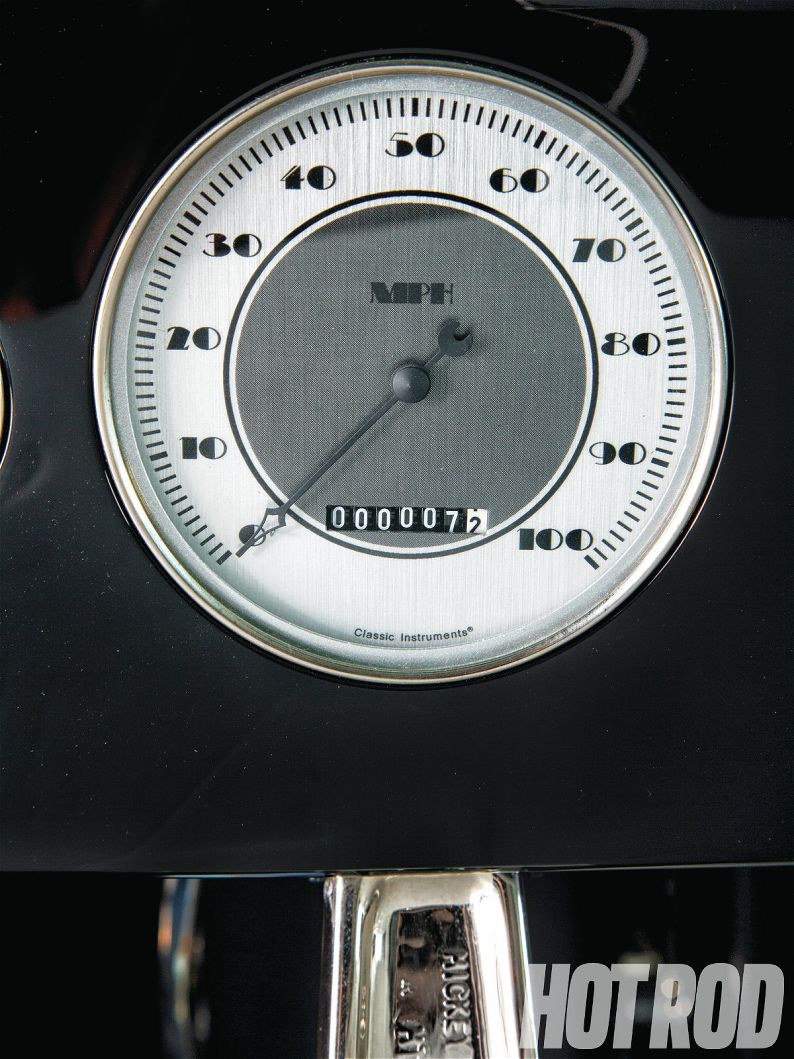 The '36 was wrapped up in time for the '12 SEMA Show, and it's made the rounds at West Coast Customs Cruisin' Nationals, cruising in rough iron style with comfort to spare inside. It may ruffle some feathers with custom-car purists, but it's the blend James was after. 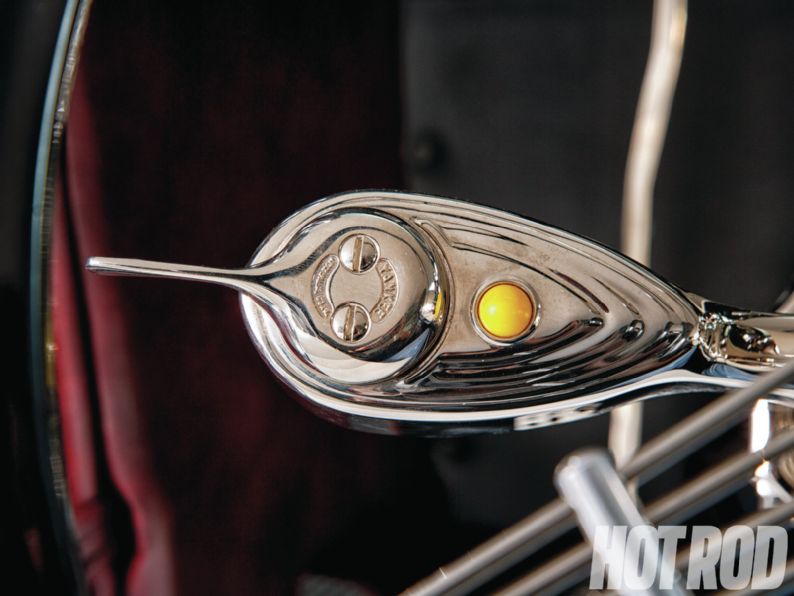 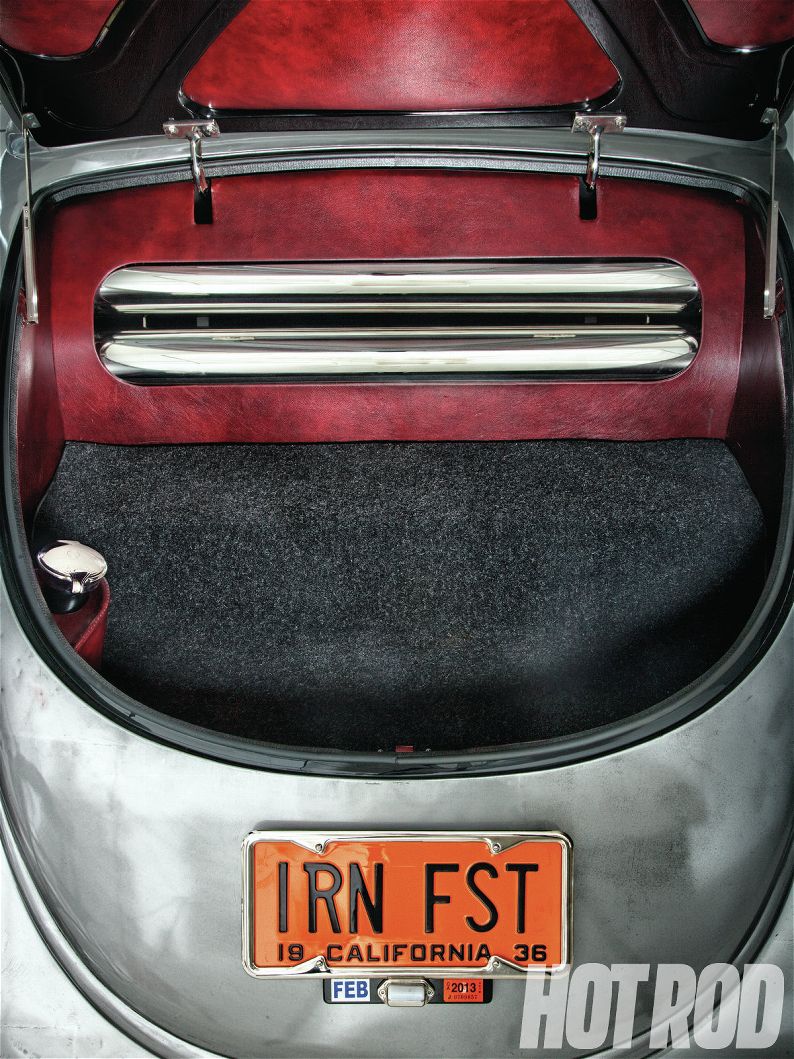 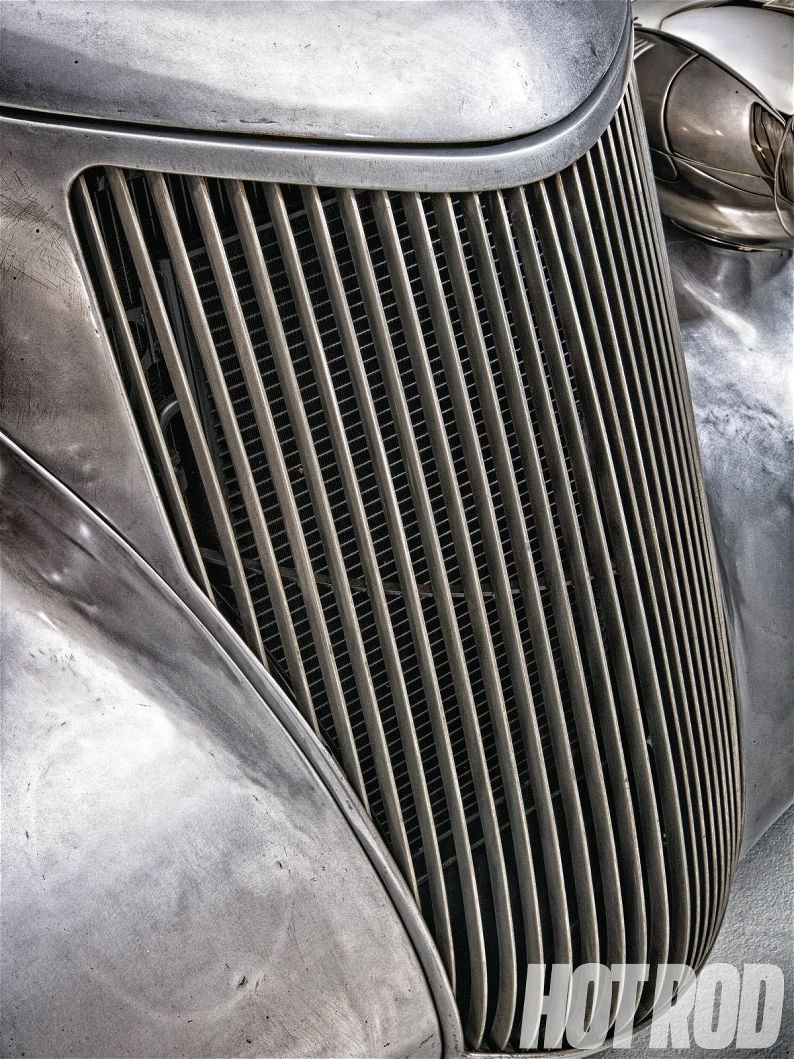 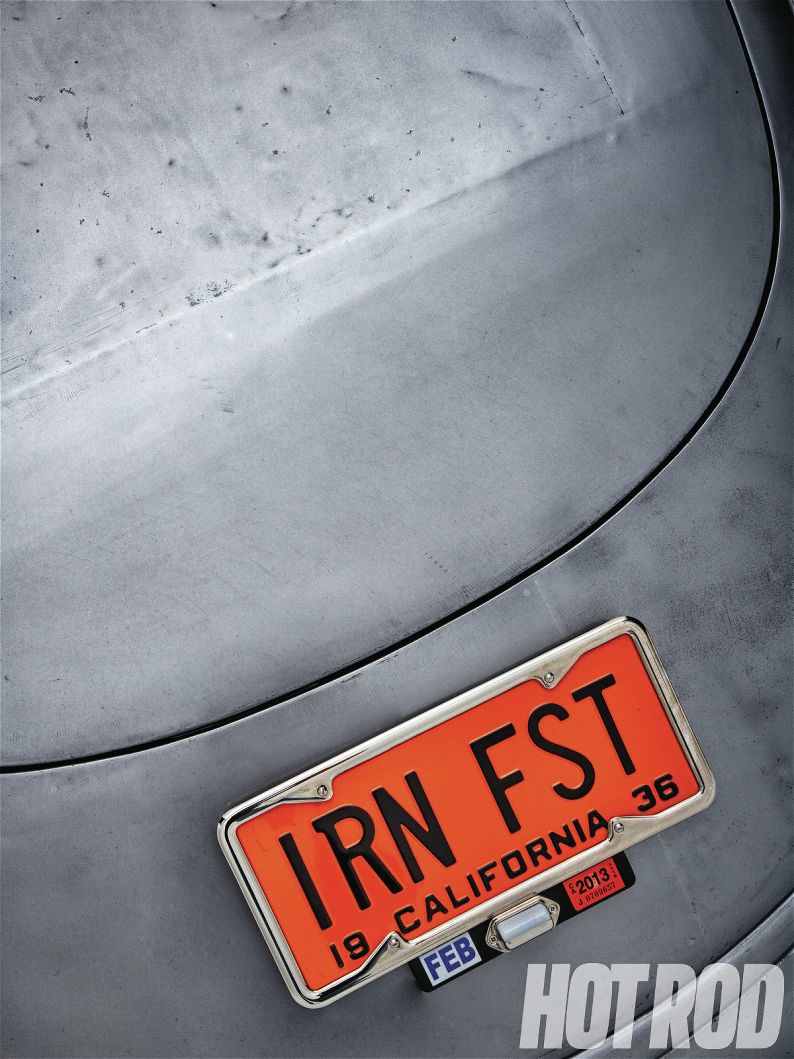 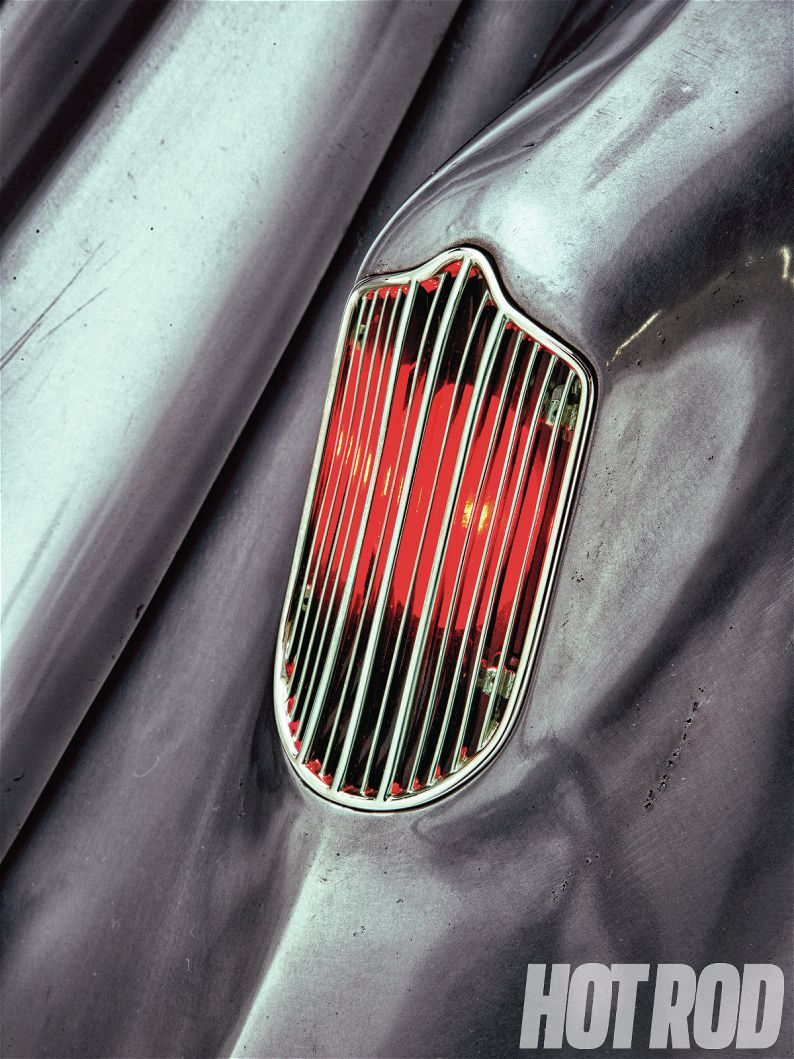 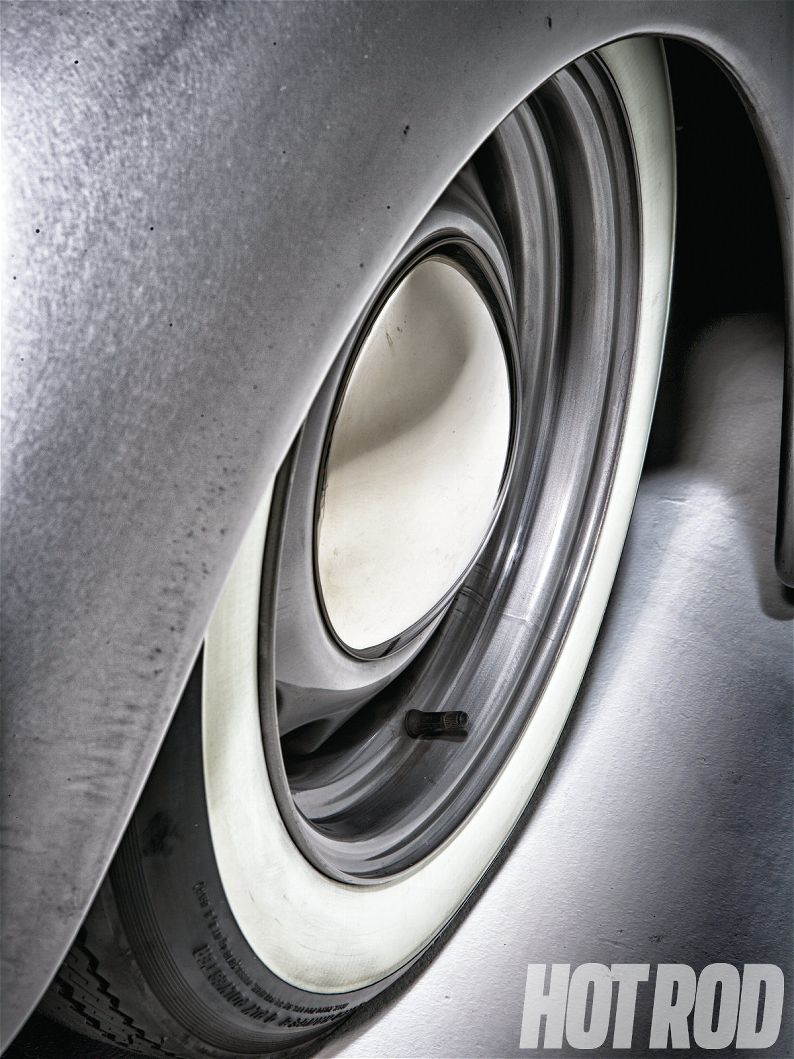 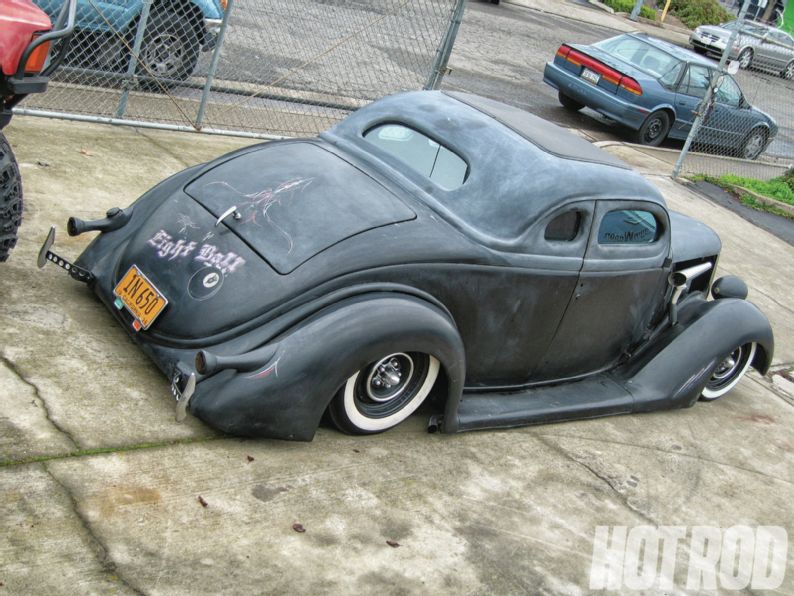