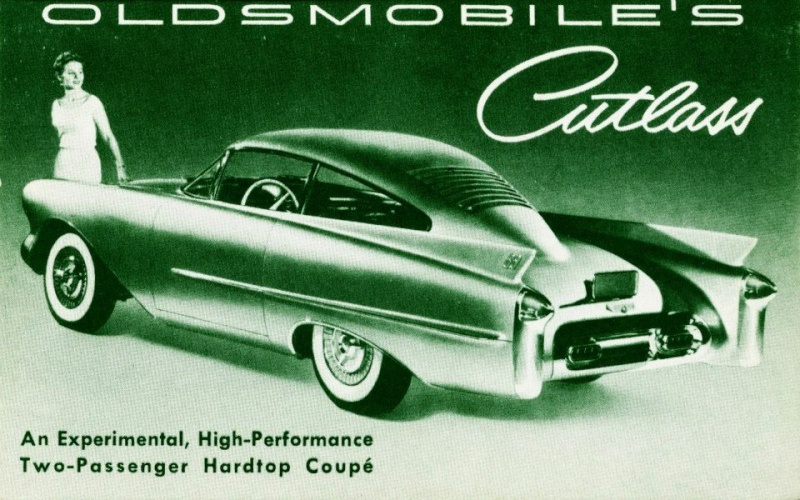 Oldsmobile Cutlass Experimental Car, 1954
The 1954 Oldsmobile Cutlass Concept had a road height of 51.5 inches, and a body of reinforced plastic. An aviation theme was prevalent throughout the Cutlass from aircraft-style instrumentation to sleek tailfins.
Another name that would see mass production (and in a much bigger way than the Starfire), Cutlass was billed as "the ultimate in hardtops." Mounted on a 110 inch wheelbase, it featured fastback styling with a louvered backlight, the combination bumper-grille, swivel seats (much in advance of Chrysler’s) and copper-toned glass for screening harsh light. The copper-metallic Cutlass was a predictive car in many ways; today’s Saab 900 uses a copper-tinted glass, having determined that color to be the most effective.
Source: www.gmphotostore.com; www.442.com 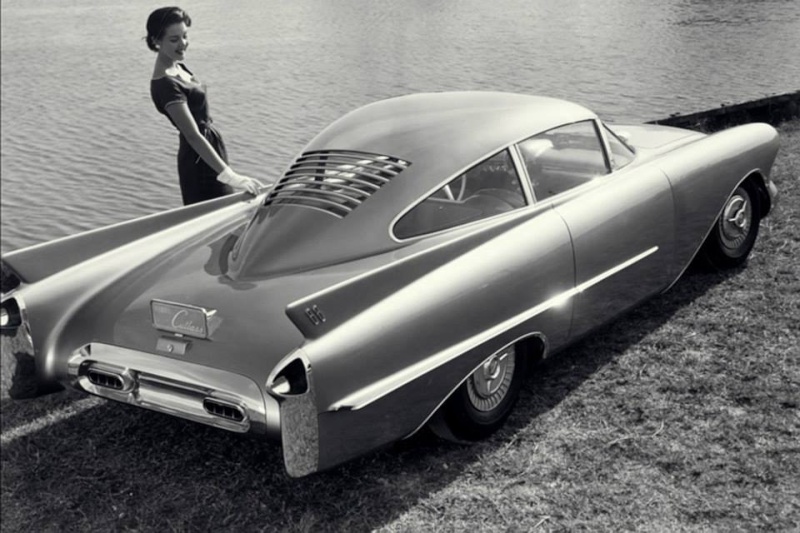 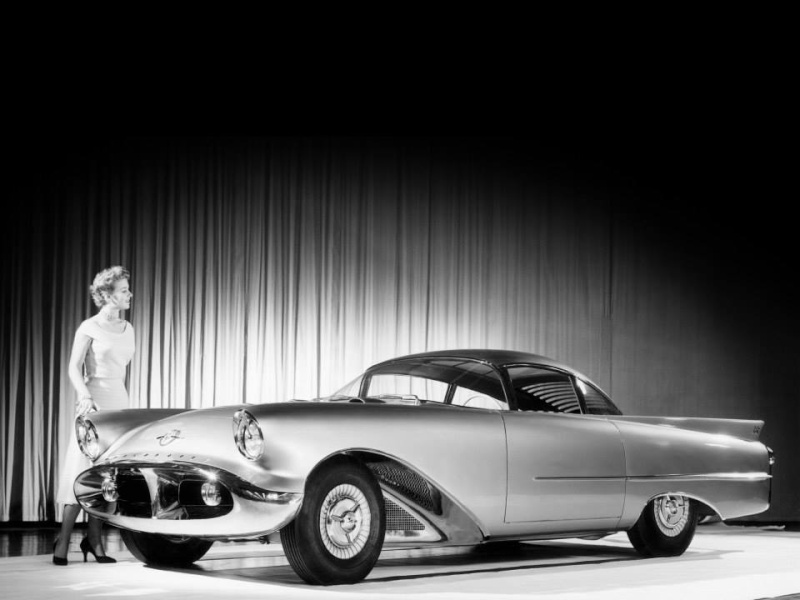 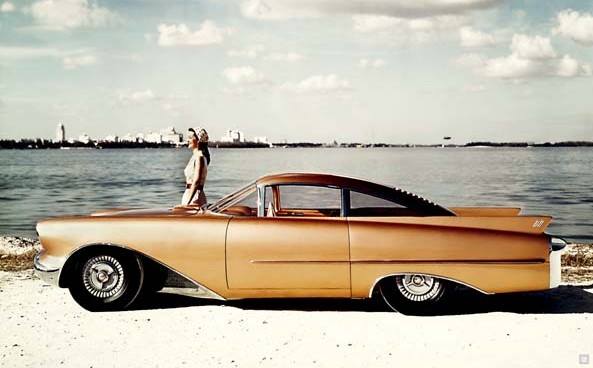 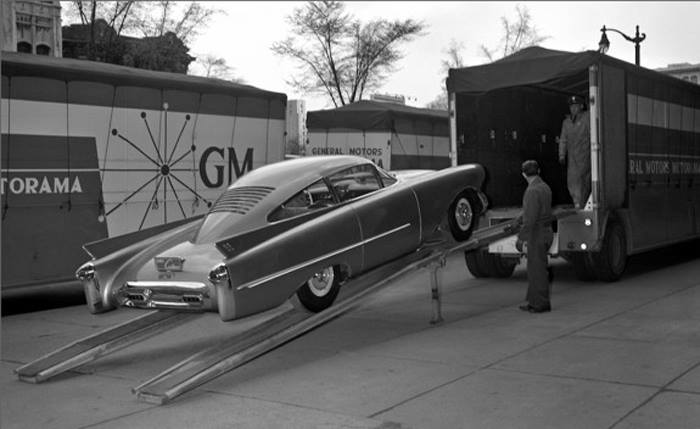 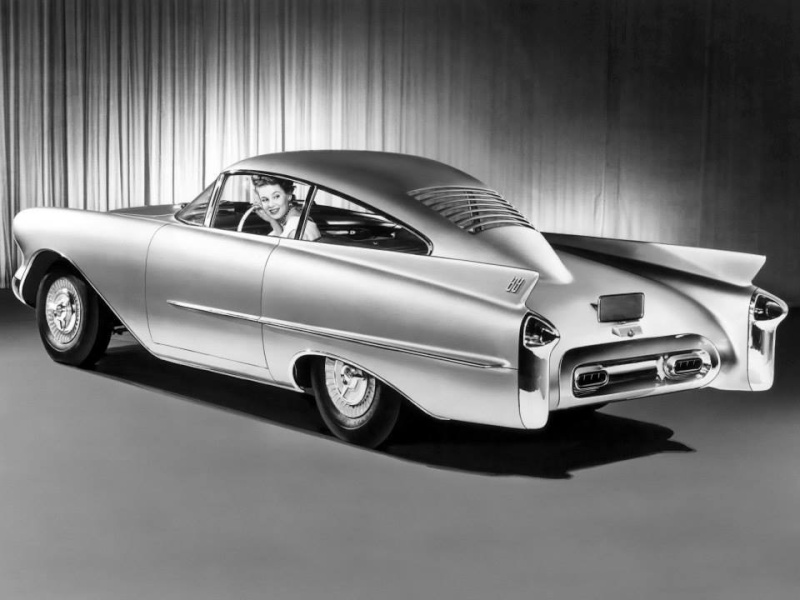 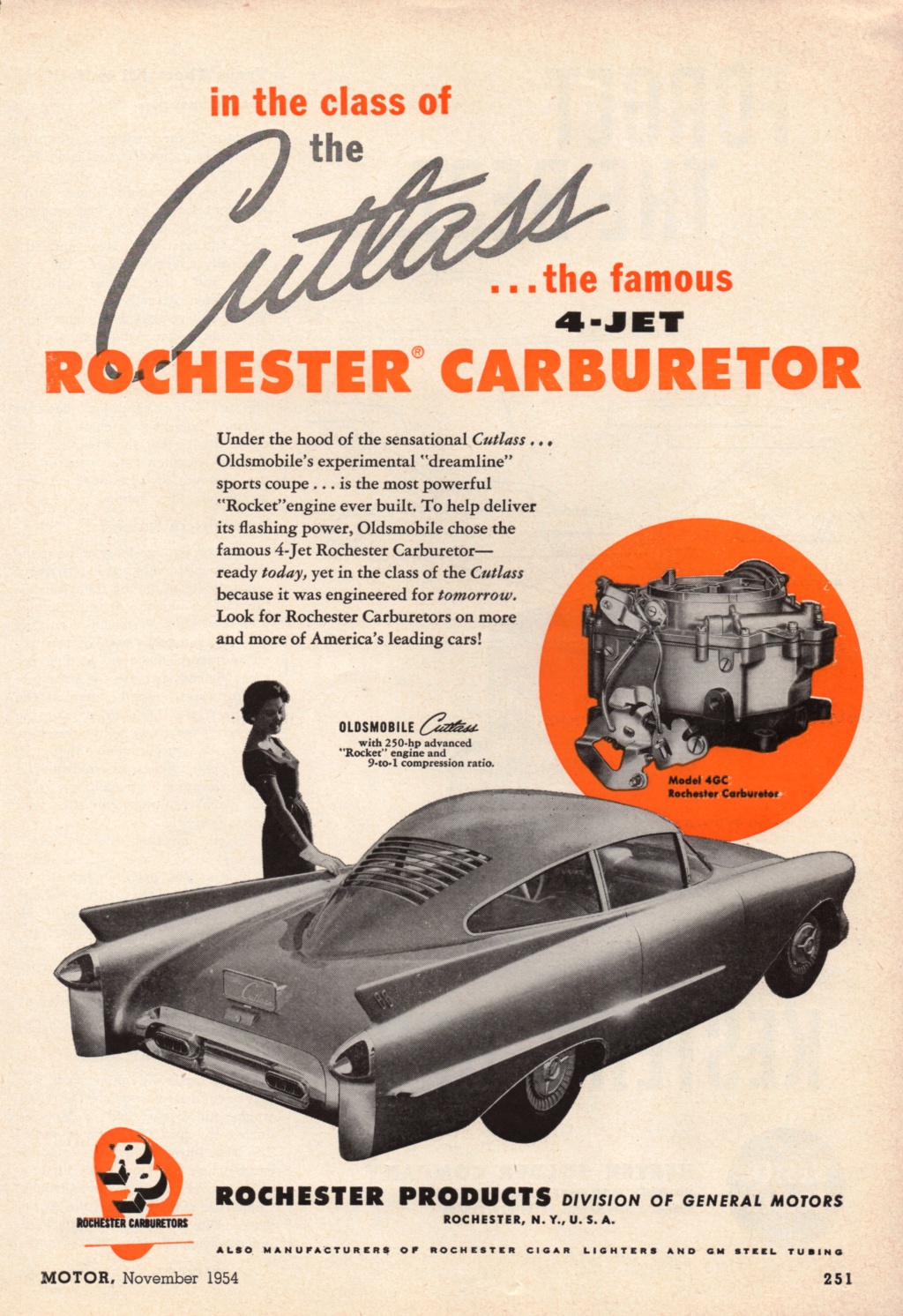 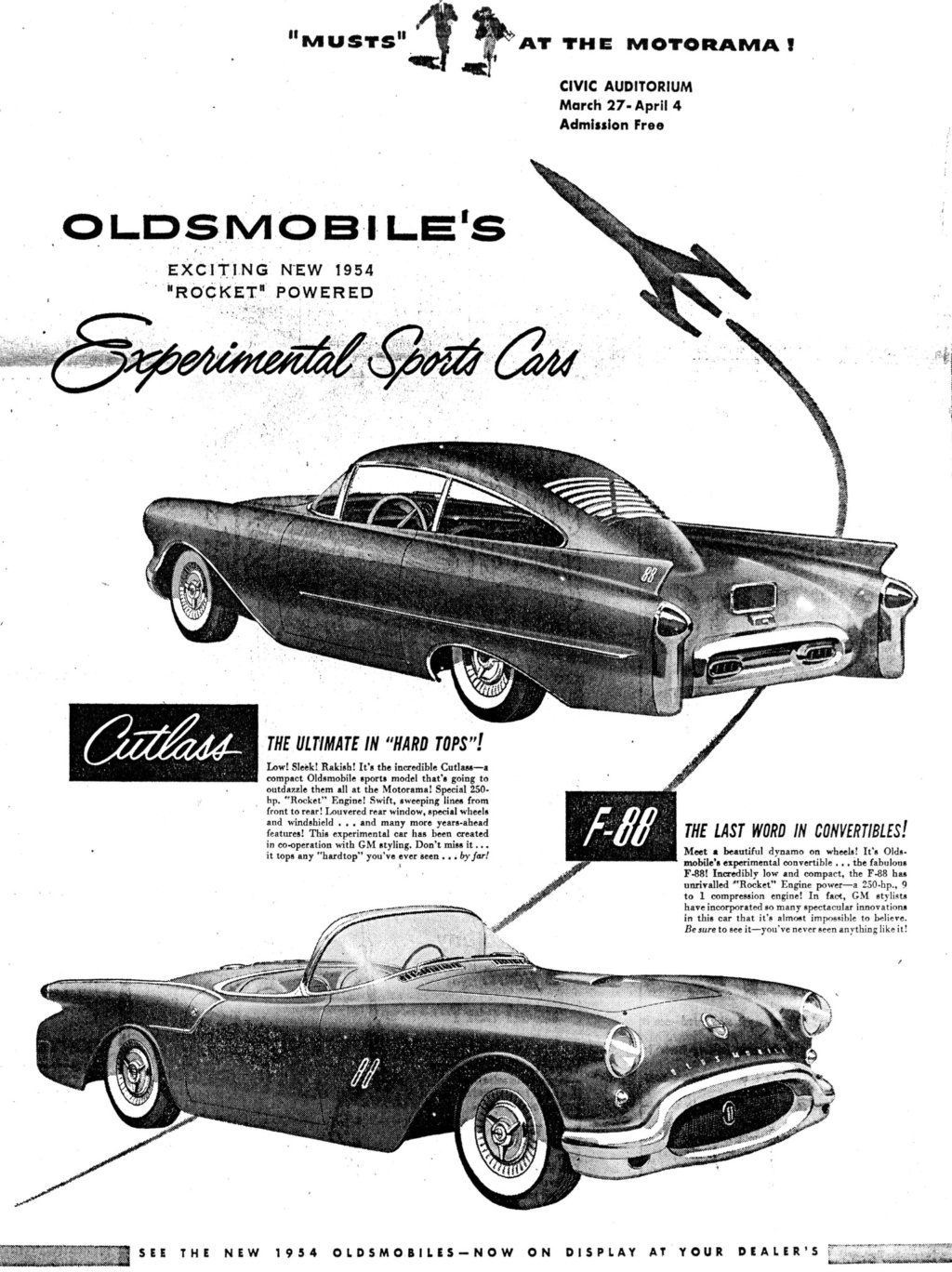 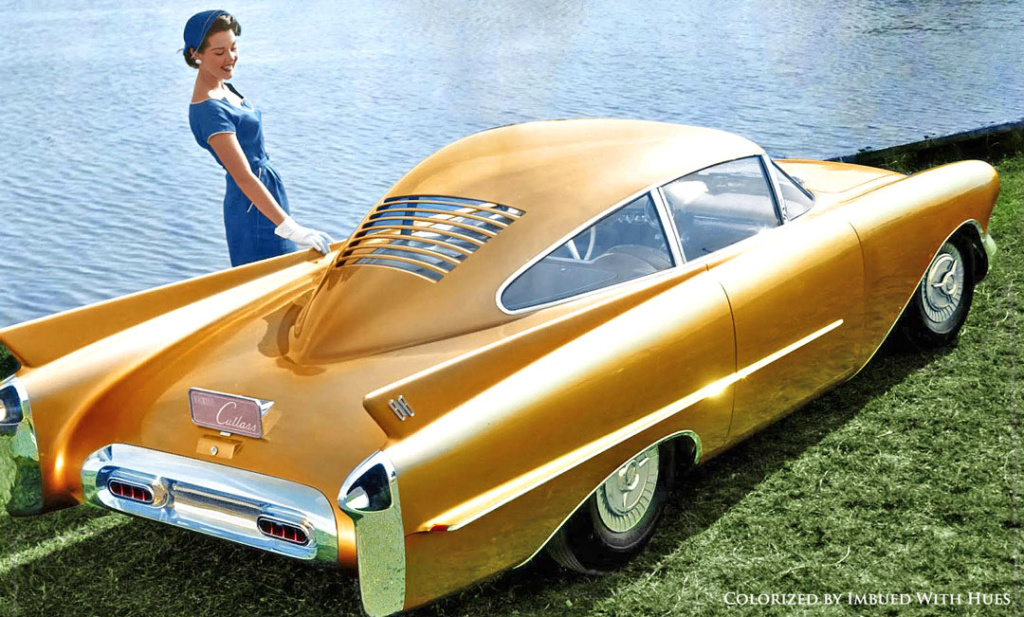