The restyling of the 1951 Packard was managed by John Reinhart, who became the styling chief in 1947. It was a well received and well executed car, but much of Packard's pre-war mystique had already been lost. Buyers were seeking V8s not straight-eights, and options such as automatic transmissions, power steering and brakes and hard top designs were becoming commonplace. 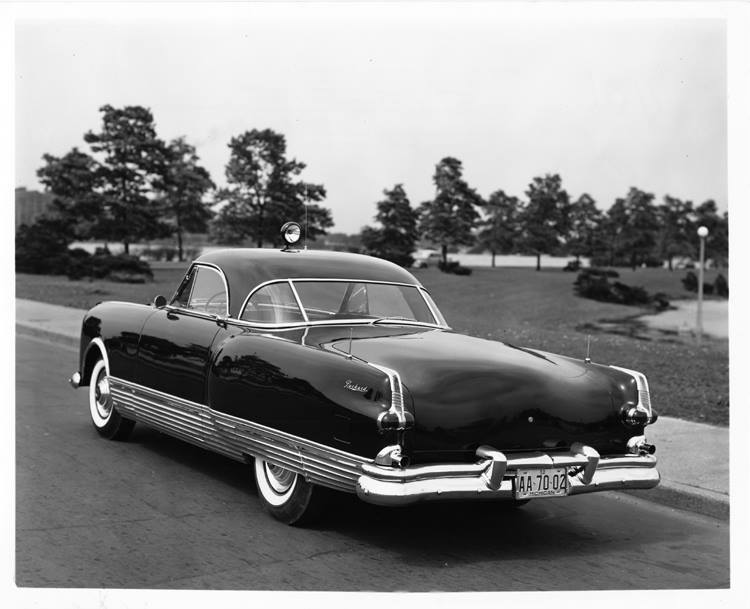 To revitalize Packard's image, Edward Macauley and Chief Engineer, Bill Graves, conspired on a series of concept cars. This car, known alternately as the Packard Panther, Phantom II or Macauley Special Speedster, was the first. It was based on a 1951 Packard 200 Deluxe Sedan. The major modifications were the shortening of the roof and the lengthening of the rear deck. This one-off vehicle is powered by a supercharged straight-eight, has an early rear window wiper and sports dual exhausts. 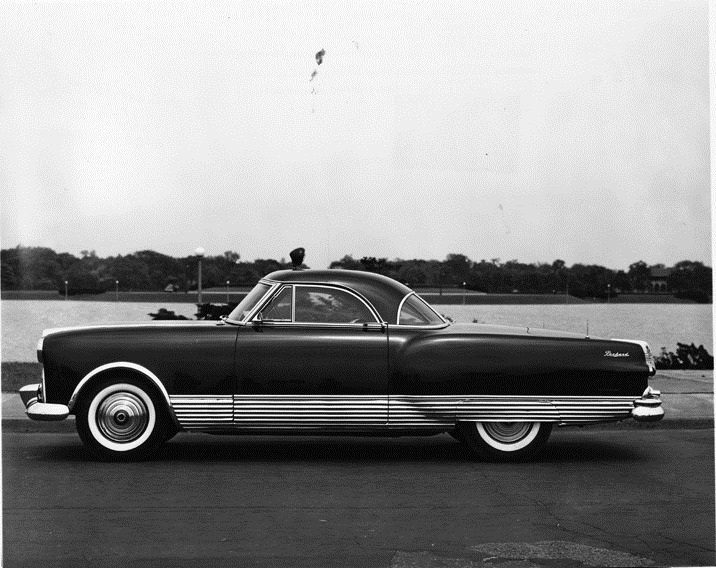 Originally conceived for a sportsman, the additional space could carry hunting gear or serve as lodging, but here, the contents of the additional area include a fridge, bar and air conditioning unit. 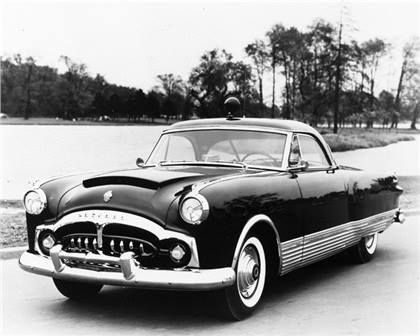 The president of Packard, Edward Macauley had several Packard's built for his personal use starting in 1933 with his 'Brown Bomber.' Even after his retirement as president, a twenty-fifth series Special Speedster was built for him in 1952 on a modified 200 Deluxe Club Sedan. It had an eight-cylinder engine on a chassis with 122-inch wheelbase, and it encompassed several custom features that would be repeated on the Packard Pan American and later the Packard Caribbean. 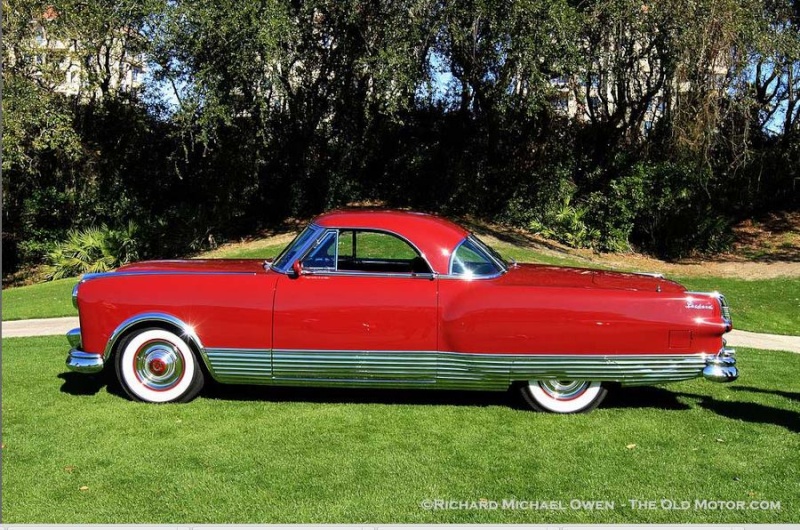 The 359 cubic-inch Packard inline eight is enhanced with the addition of a McCulloch supercharger. Other features on this car are special side chrome trim, dual exhausts and rear windshield wipers. It was the first Packard to use a wraparound windshield. 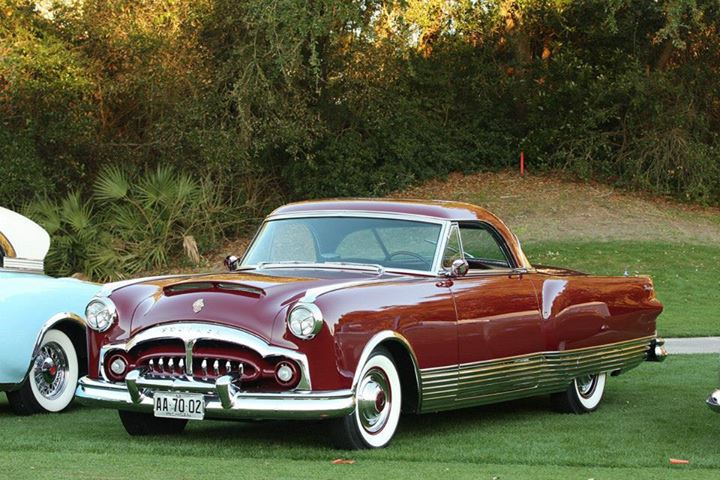 Famed singer and auto enthusiast James Melton owned the car in the mid-1950s and installed a Chrysler engine, transmission, dashboard, and tail lights. The car was repainted a deep blue around the same time. 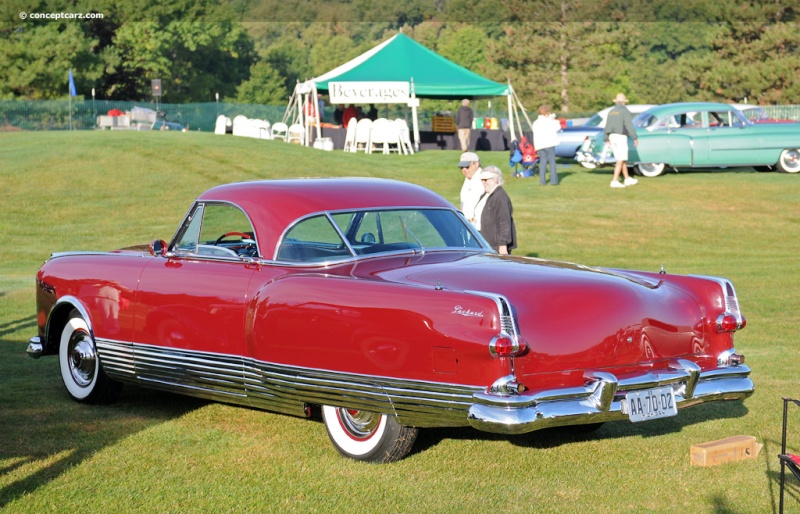 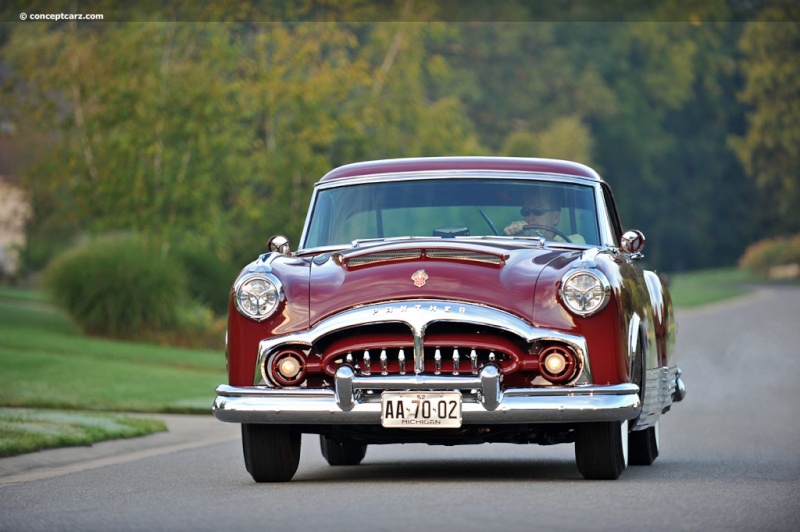 The current owner found this car in deplorable condition. Three years were spent restoring this car back to its original glory. The original supercharged engine was located and returned it to its rightful place under the hood. While stripping the paint they found the original body color was maroon and had the car repainted. The roof-mounted spotlight was not reinstalled. 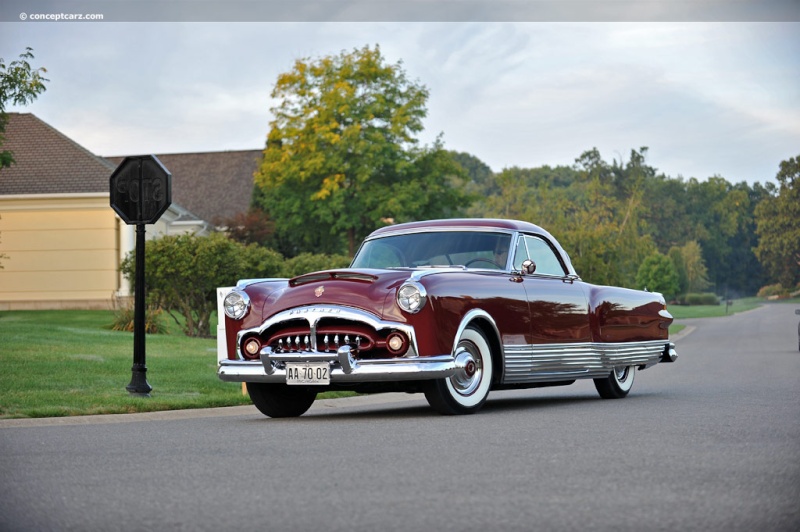 The Packard Panther was built in-house as a personal car for Edward Macauley, Packard's Director of Styling in 1951. Parts were used from production Packard's and given a wheelbase that measured 122-inches. The car sits very low to the grown making it aerodynamic and sporty in appearance. It used destined parts for the 1953 model line, including the hood and wheel wells of the 1953 Caribbean. It has a 1952 hood crest with 1951 lettering placed on a 1952 grill. It has many unique features such as extensive use of chrome on the side of the car, dual exhausts, a rear wiper, and two seater configuration. Mr. Macauley had several one-off created for him over the years, all were built in-house, all were experimental, and all featured two seater roadster bodies. 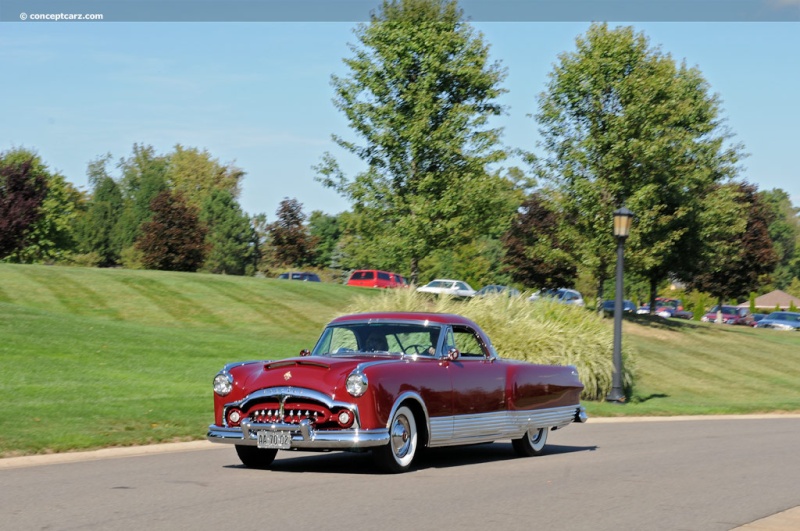 This car was the first Packard to use a wrap-around windshield, a feature that would be introduced in the 1955 Packard line. The body was created from a one-piece fiberglass molding. The design was courtesy of Dick Teague and created by Mitchell-Bentley Corporation. The rear wheel is near entirely covered 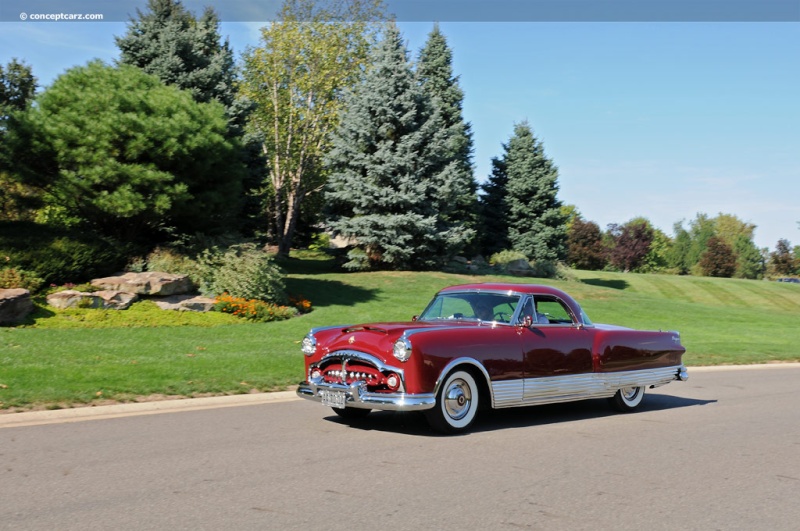 This car is powered by a 359 cubic-inch straight eight engine with help from a McCulloch supercharger. The engine was connected to a two-speed Ultramatic transmission. There are four-wheel drum brakes, an independent front suspension and a live rear axle with semi-elliptical leaf springs. 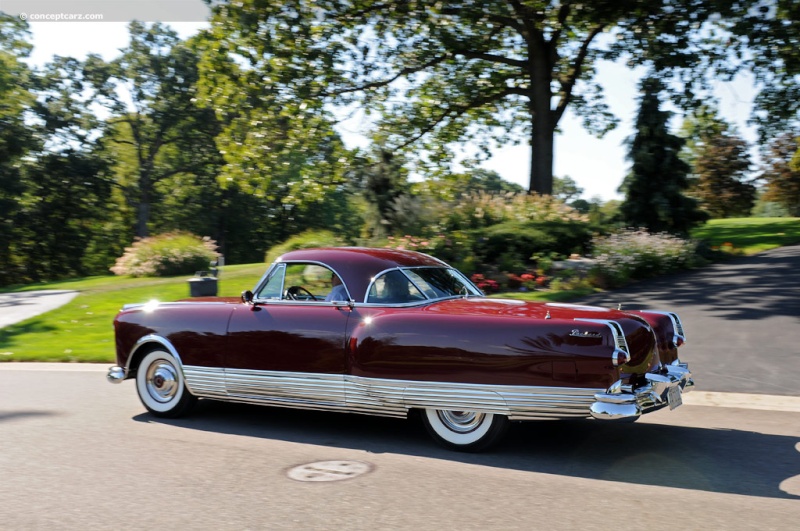 During the 1950s it was owned by an opera singer from New England named James Melton. He removed the original engine and transmission and replaced them with Chrysler units. The interior was also replaced with a Chrysler dashboard. The car would stay that way until the current purchased it and restored it over a three year period. The original engine and supercharger were found in New York and many of the other parts were either purchased, taken from a parts car, or remanufactured. 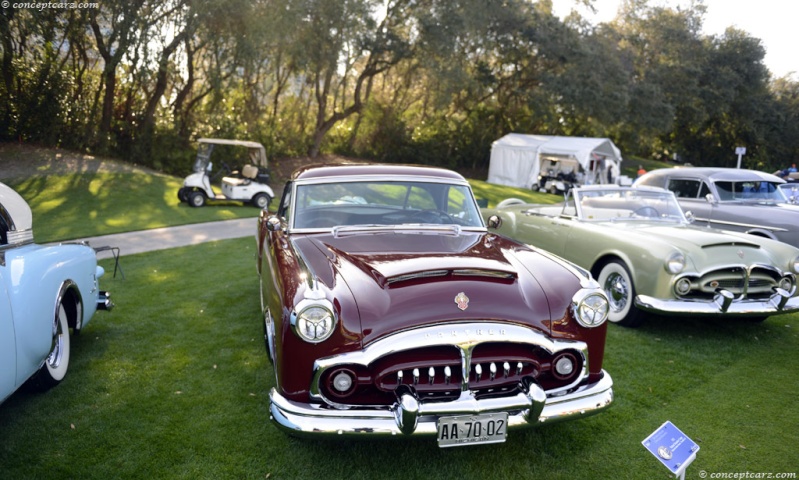 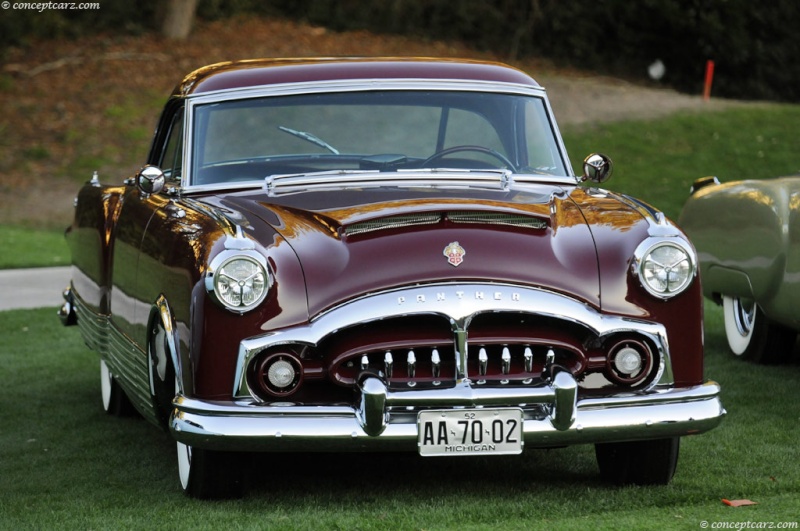 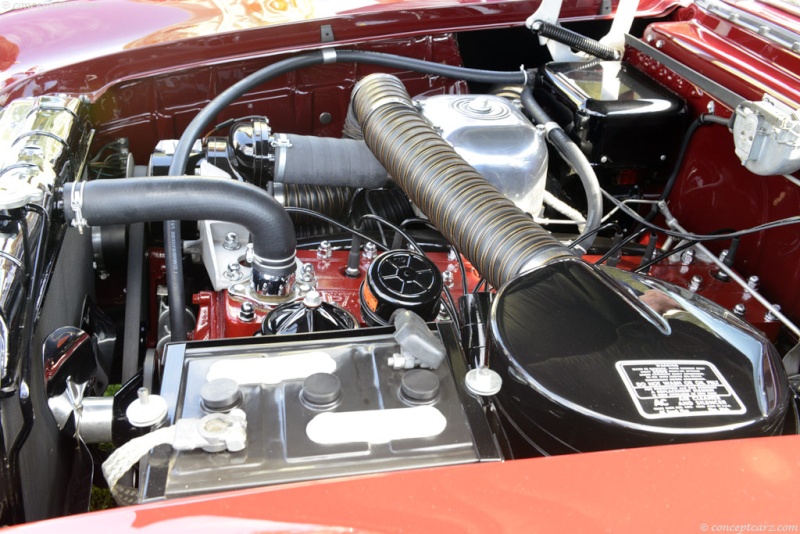 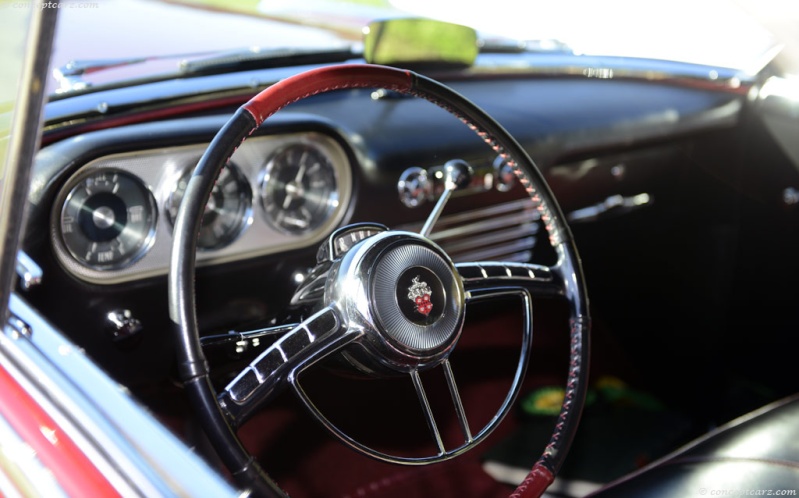