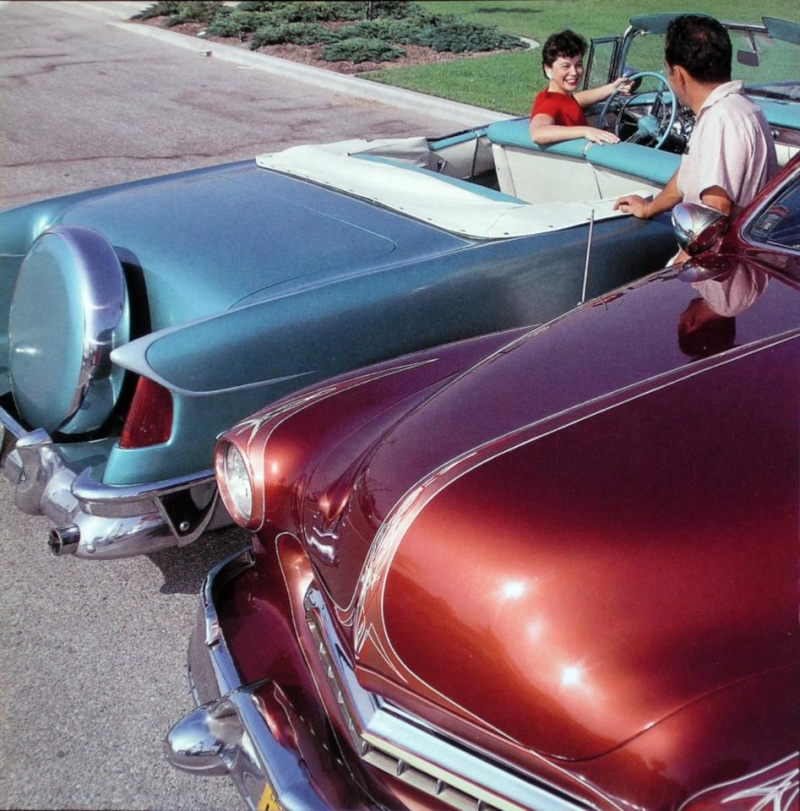 1955 Chevrolet Convertible owned by Sam Barris. The rear fenders were reshaped in order to accept the 1956 Chrysler taillights. Both front and rear fenders were extended to give it a longer appearance. The sidetrim were made from 1956 Ford components that were modified to paralell the dip aft of the door. The body was nosed decked and shaved for handles. The rear gravel pan was extended and a continental kit was added. The exhaust pipes were routed through the rear bumper corners. Dual spotlights were added to give the windshield a visual chop. Fender skirts and custom hubcaps on wide whites wrapped up the style 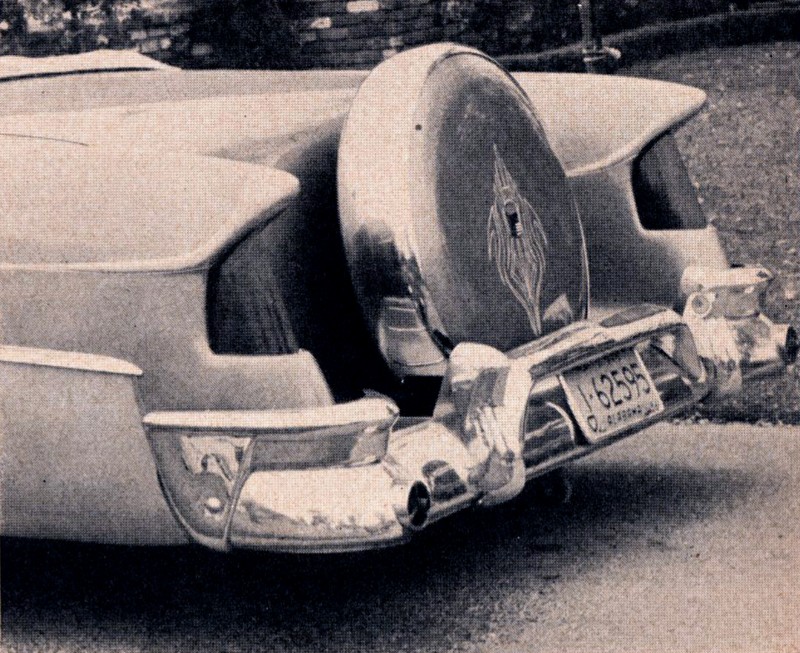 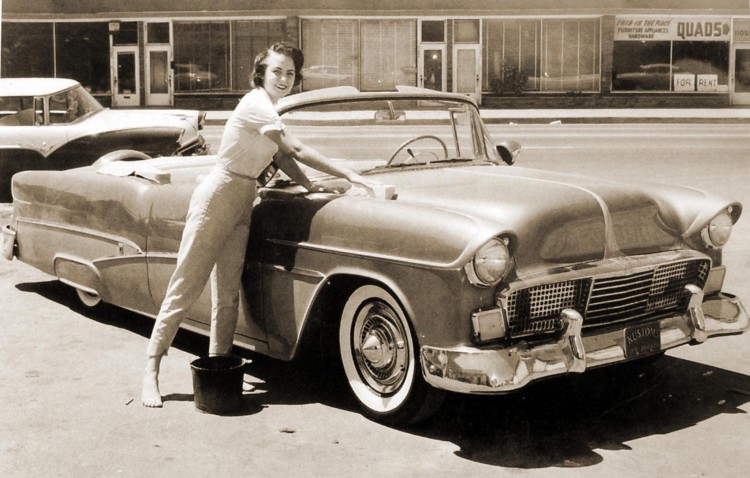 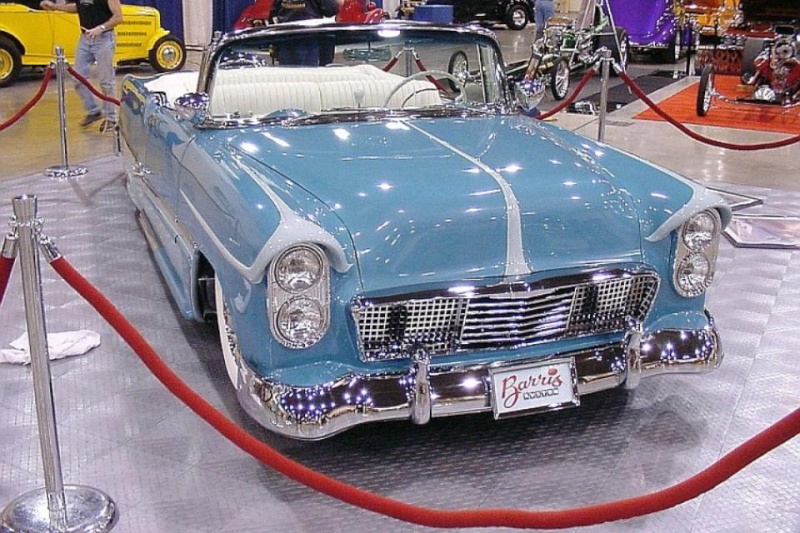 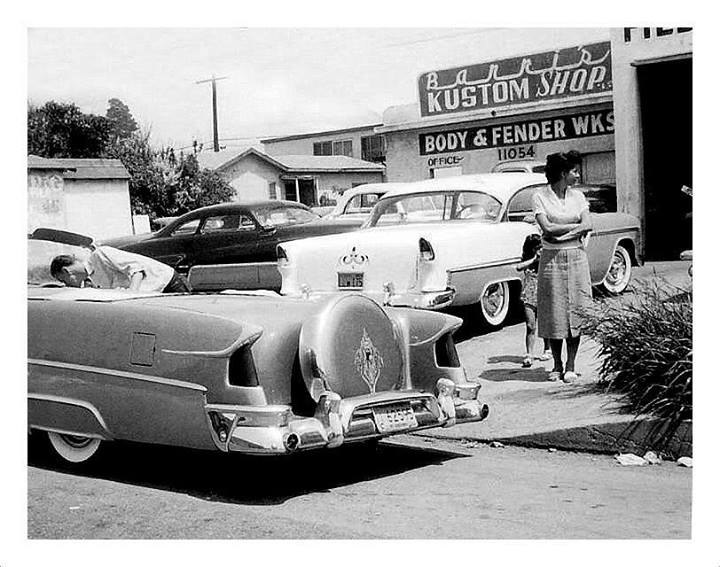 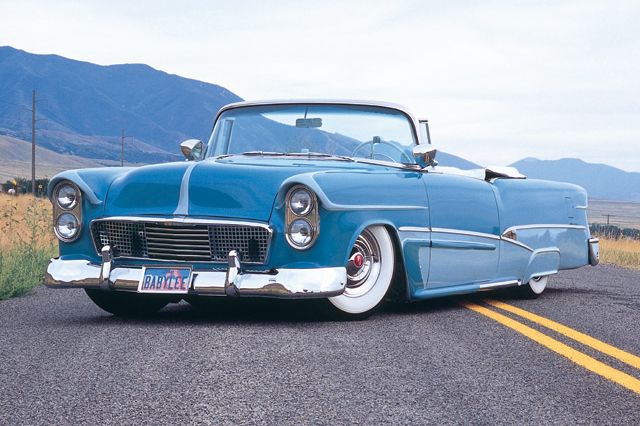 In 1955, future Darryl Starbird Rod & Custom Car Hall of Fame member Sam Barris customized a then new '55 Chevrolet convertible. The full-custom cruiser walked away from the 1957 Oakland Roadster Show with First Place in the Convertible Class. Nearly everything the Barris Brothers built during those times received notable magazine coverage; this car was no different, although its fame seemed to fizzle quickly compared to other Barris cars. 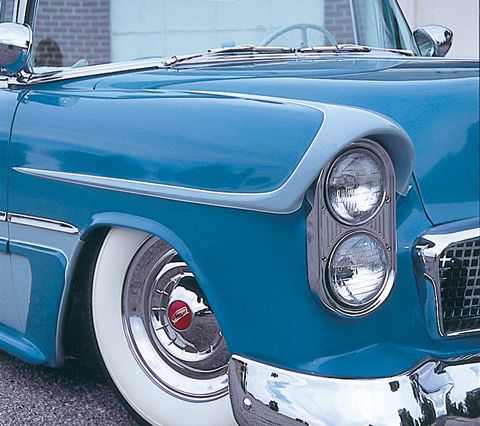 Like so many other customs of the time, this one was sold and resold until 1958, when it eventually ended up on a used car lot in Arizona. It, however, didn't remain there for very long. A young airman named Stan Robles, who was serving in the Air Force at the time, spotted the Chevy and knew right away what it was and who had built it. Hours after spotting the Barris car, Stan was now the proud owner of a genuine Barris custom. 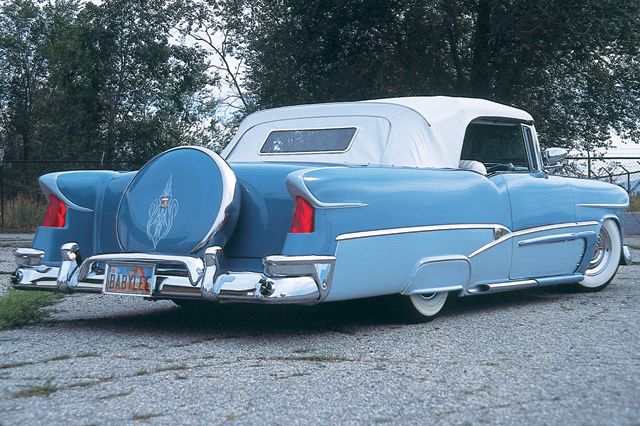 Upon his release from the Air Force, Stan drove the car back to his hometown of Dragerton, Utah, a small, isolated coal town. It was there that the Chevy took on many different shapes and colors, first changing to forest green with mint scallops, and later to eggplant purple with lilac scallops. Beyond color changes, Stan also frenched in lakes pipes, installed quad headlights, and added sidescoops.

Few customs last forever, and this one was no different. By 1972, Stan was no longer living in his little hometown, and the Chevy had been parked in his mother-in-law's yard for years. She grew tired of looking at the non-running car, and more than once she threatened to have it hauled off if he didn't come get it. Like any typical son-in-law, Stan lent a deaf ear to his mother-in-law's rantings. Eventually, she made good on her threat. The last time anyone ever saw the formerly elegant custom, it was being hauled to the crusher on a wrecker. 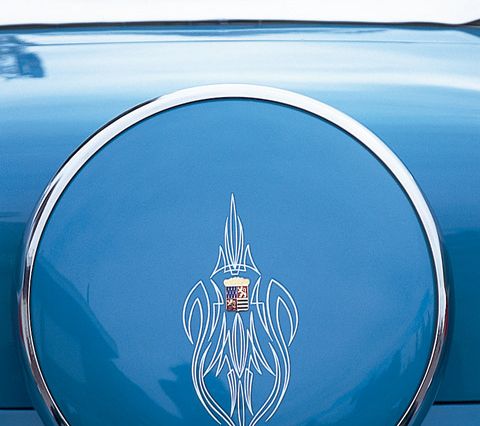 This story could have ended unhappily right there, but it didn't. During the car's heyday on the streets of Dragerton, a young teenager named Bo Huff fell under its spell. Bo recalls riding shotgun with Stan many times, and if you think that didn't leave an impression, think again.

Fast forward to 2002. The Sam Barris convertible was long gone, but not in the mind of a certain custom car builder plying his trade in Utah. When customer Nick Phillips walked into Bo Huff's shop, he said he wanted to build a custom car, and that he was open to suggestions-music to Bo's ears. He quickly drew some sketches and spilled the story about the Barris Chevy. Nick was soon sold on the idea, and came up with a two-door post-project '55 Chevy.

Bo spent the next 16 months transforming the sedan into a clone of the old convertible. He was careful to replicate the Barris mods as accurately as possible, from the '56 Chrysler grille frame and custom grille to the '56 Ford trim, Continental kit, and '56 Chrysler taillights in extended quarters. He also copied the Barris paint scheme. He took a few liberties by incorporating some of Stan's updates, such as the vertical quad lights and frenched pipes. Better yet, he updated the underside with a late-model small-block, air springs, and disc brakes to make it more drivable.

The real prize in the Cracker Jack box came when the Chevy rolled out of Bo's shop just in time for the 2004 Grand National Roadster Show, where it once again won the Convertible Class. It's funny how history repeats itself. In this case, it's great to see an otherwise-extinct custom rolling down the blacktop again. 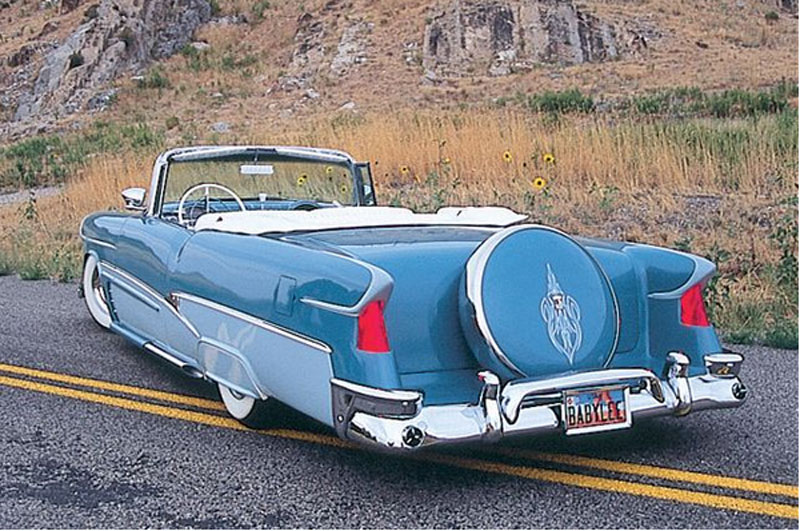 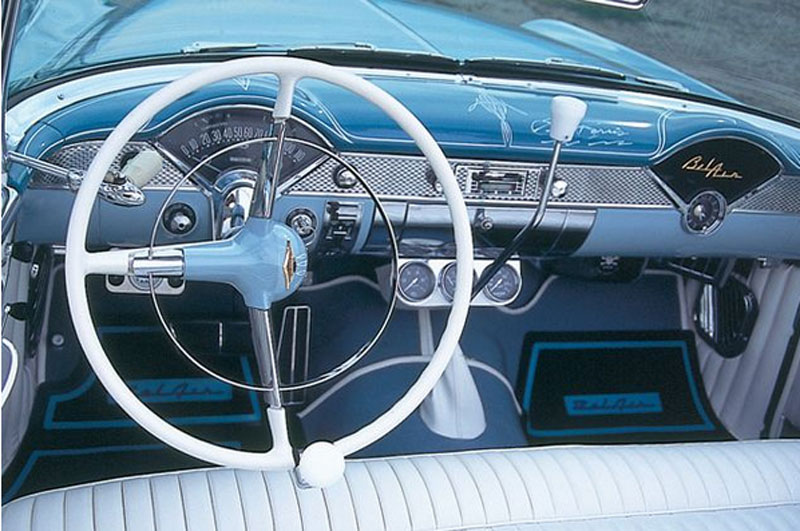 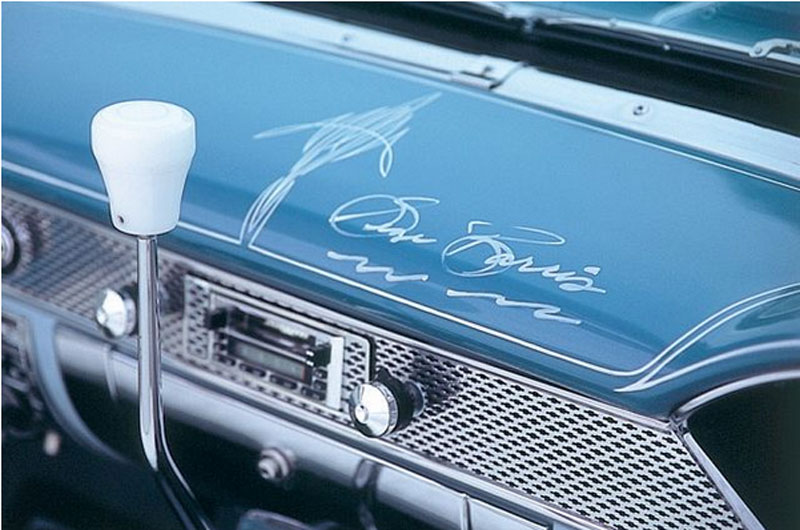