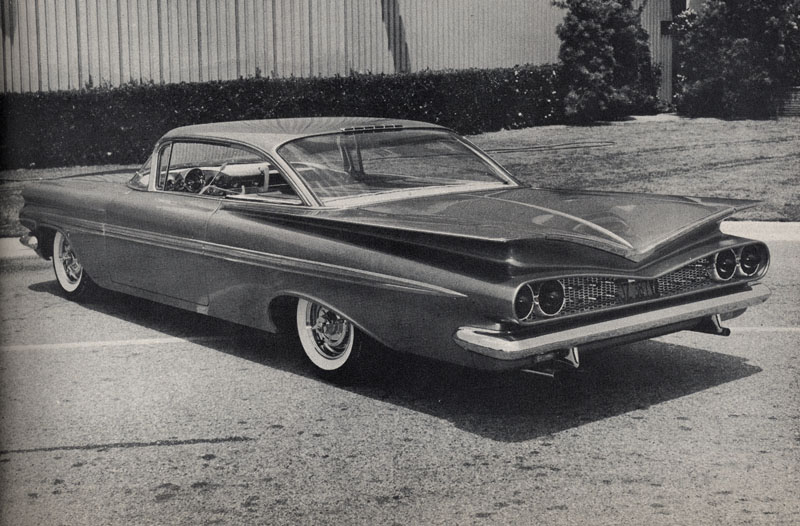 This 1959 Chevrolet Impala was restyled by Barris Kustoms for Joe Burgasser of Torrance, California. The car was modified by reversing the side trim. The door handles were shaved, and the doors operated by micro switches. In front, the grill was removed, and a new grille opening was made out of 3/4 inch conduit. The conduit was bent to fit the opening, before it was welded to the fenders and grill shell of the car. The rear of the car matched the front housing and paneling. 1959 Buick taillights were set in rod and metal. The grill backing in the rear were expanded metal with oval protrusions. The modifications done in front and rear of the car were presented by George Barris as a step by step story in Popular Hot Rodding July 1962. 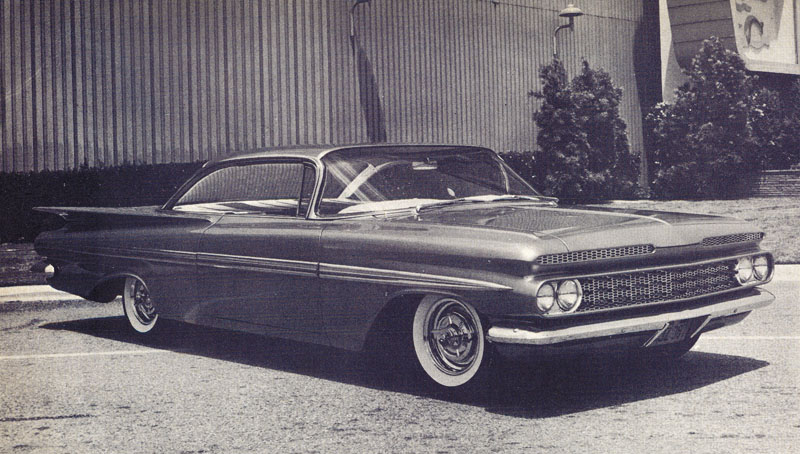 The car was upholstered by Eddie Martinez. The interior, trunk and hood liner were done in blue and white rolled and pleated leather. Eddie also created a tarp that covered the rear seat area when it was not in use. Special features inside was a half wheel and a telephone. The interior blue matched the exterior paint job of Danube blue pearl. The car had 30 coats of lacquer. 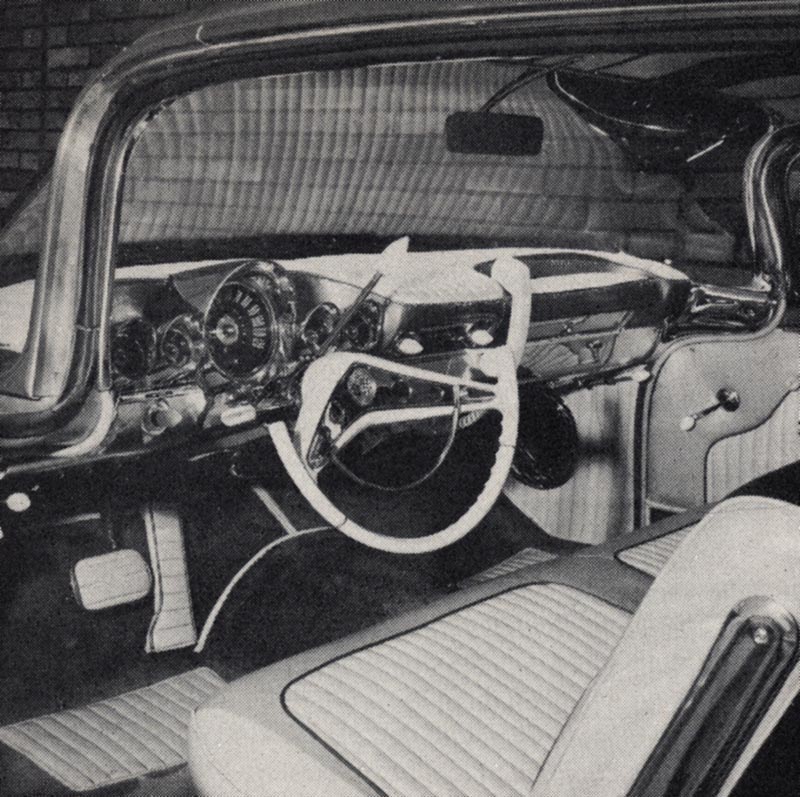 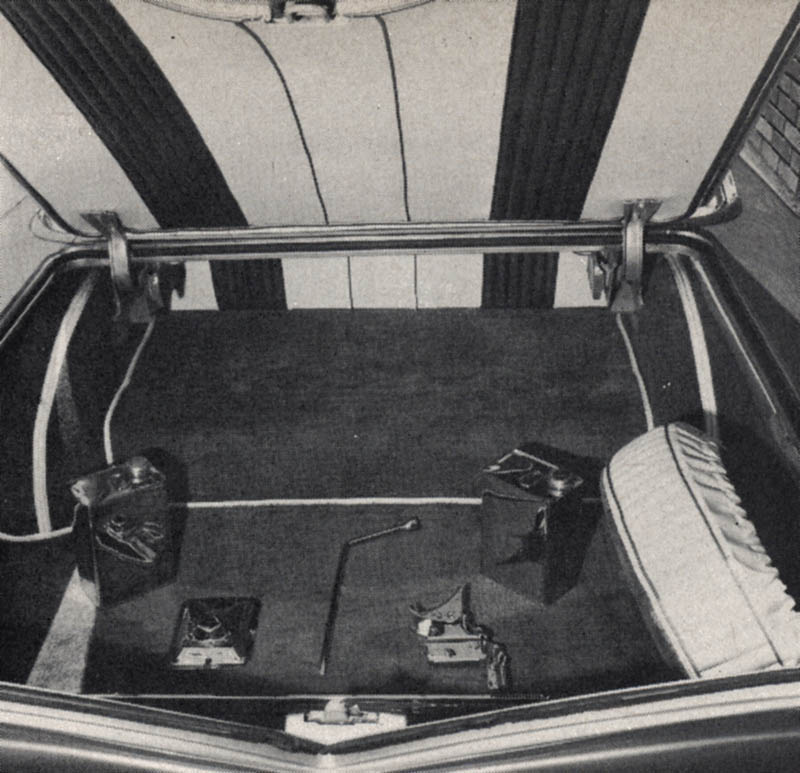 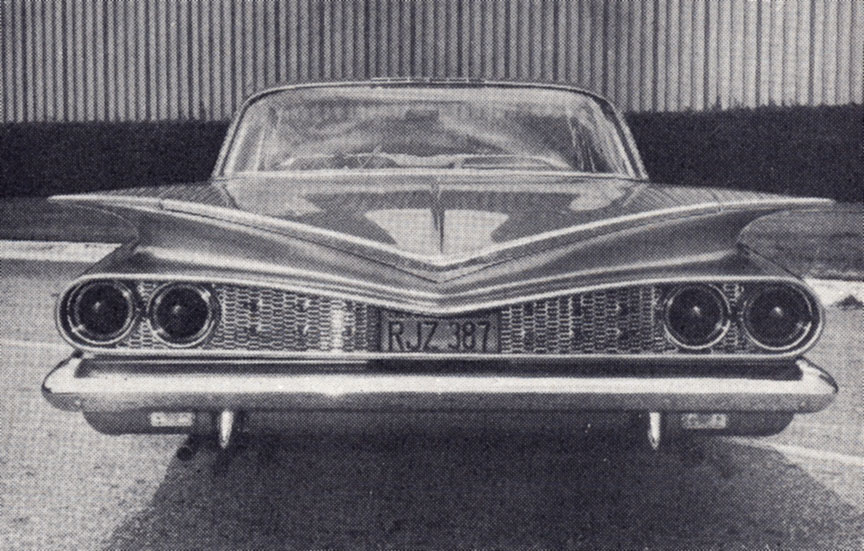 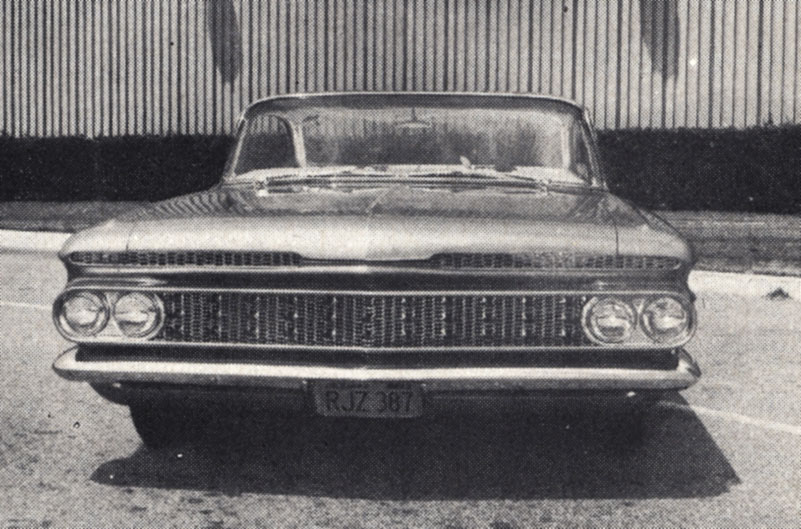 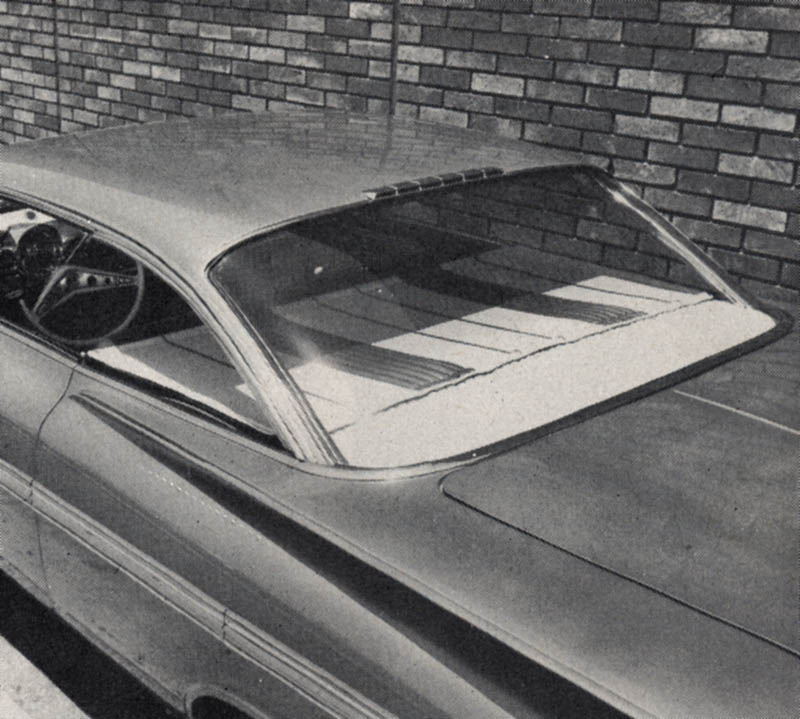 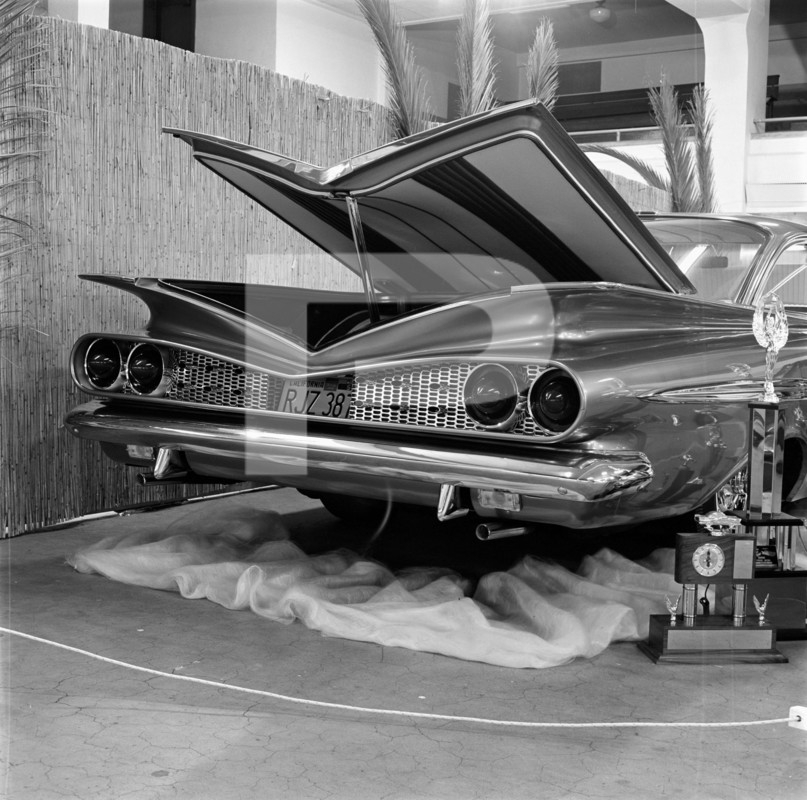 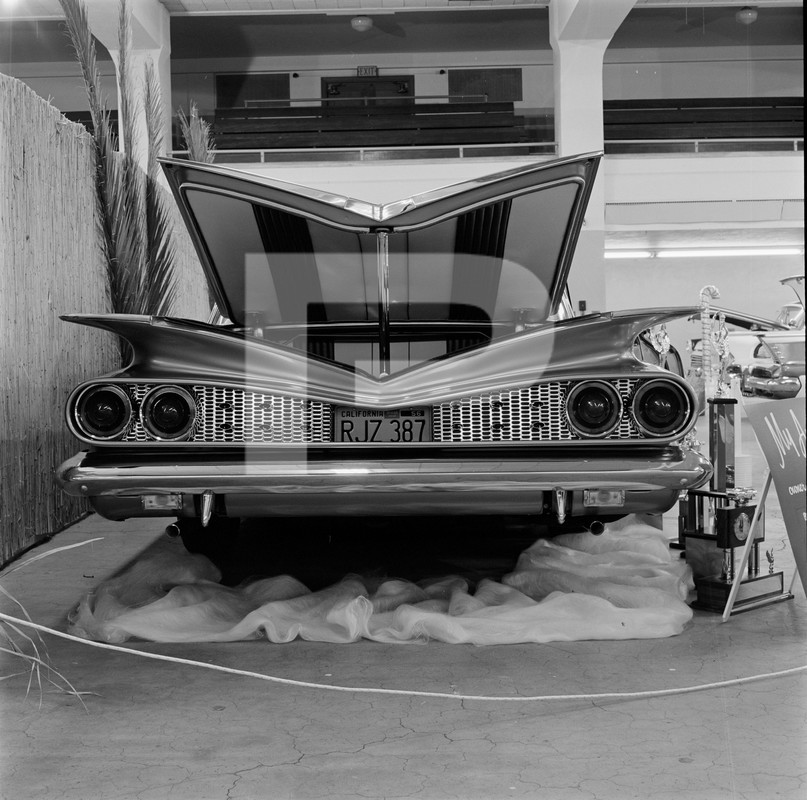 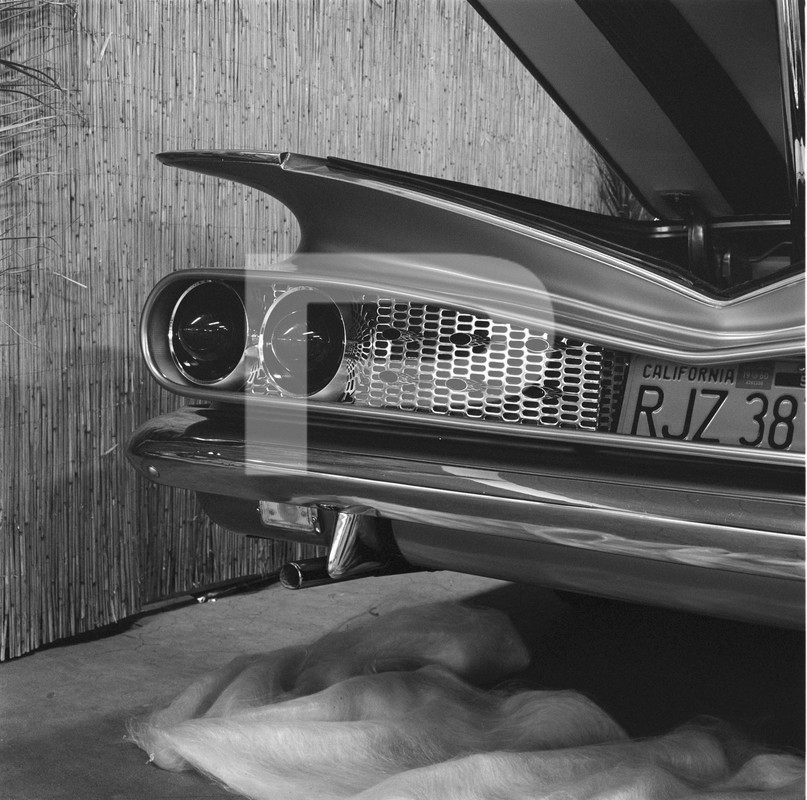 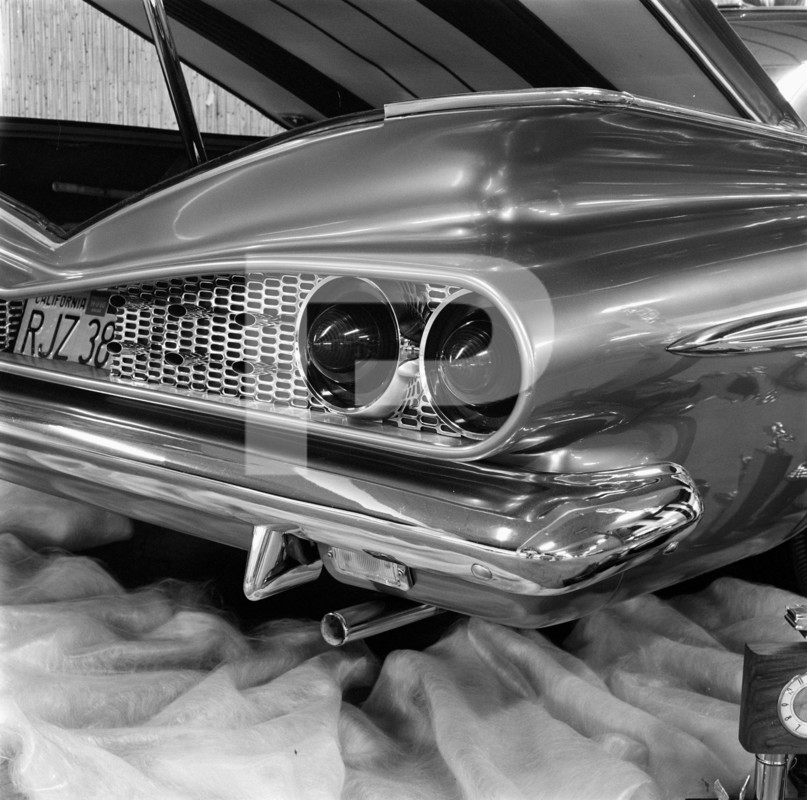 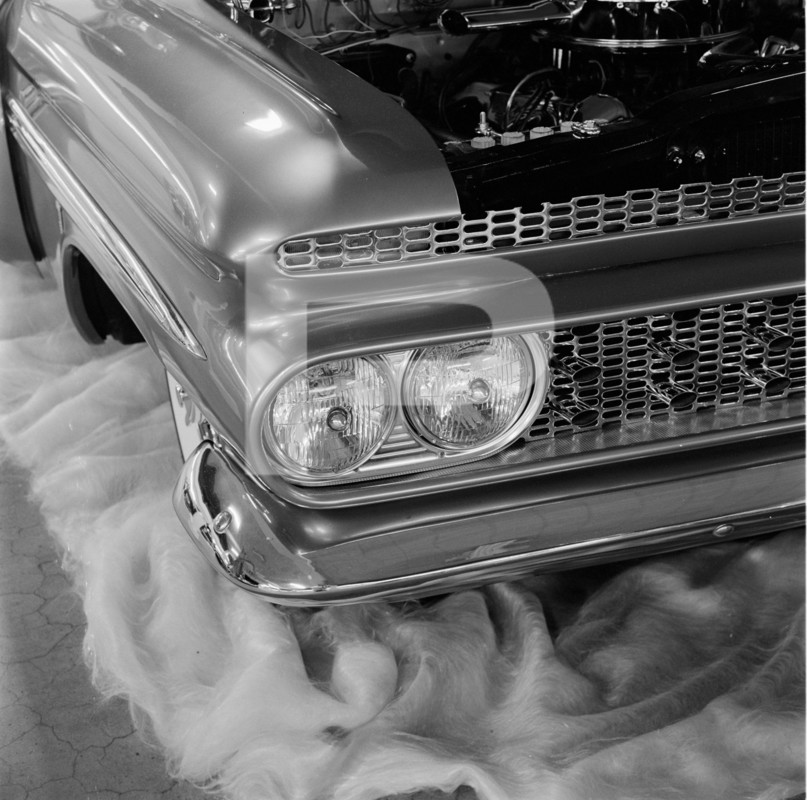 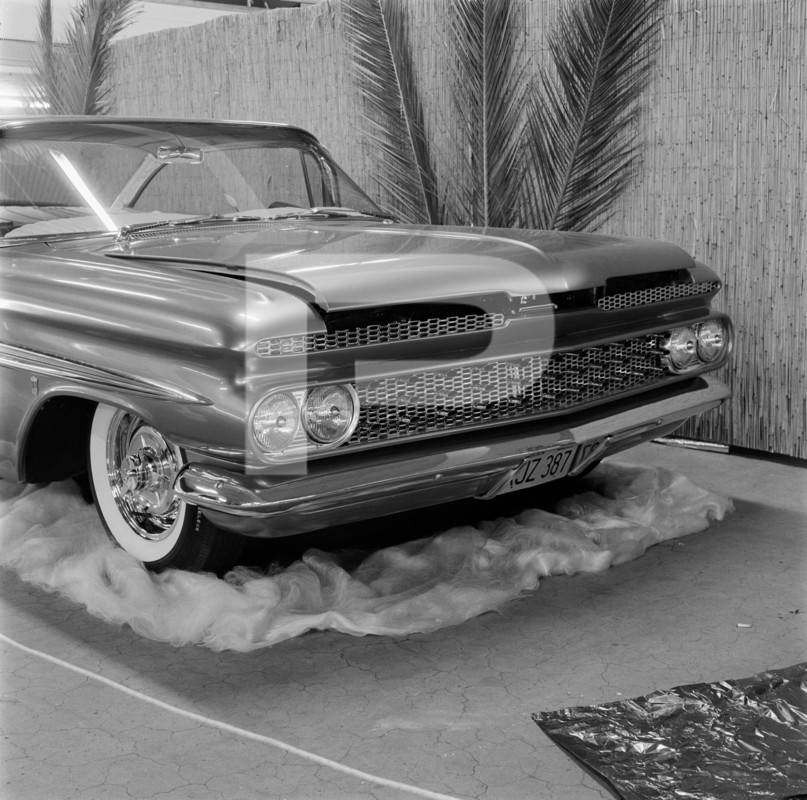 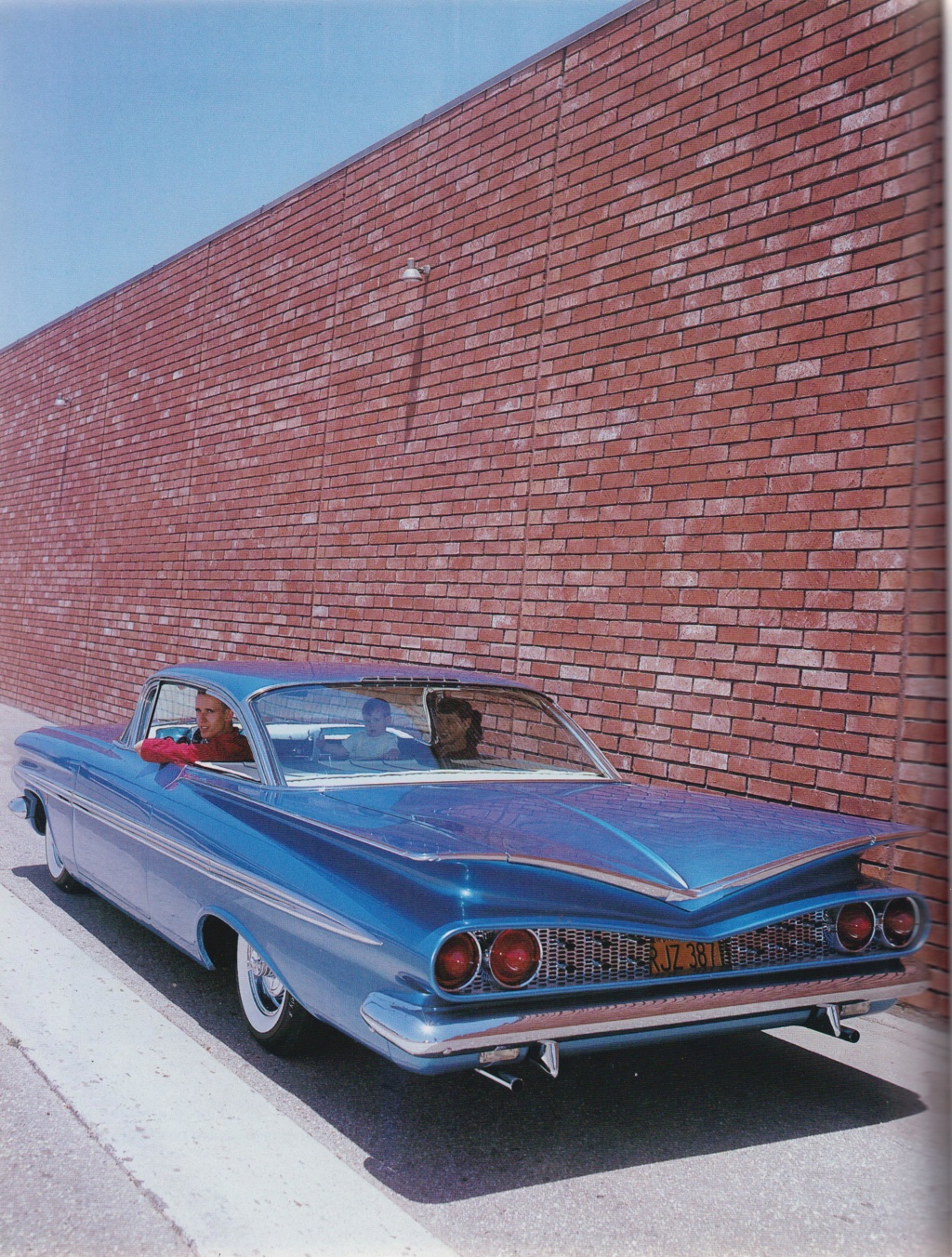 In either 1959 or 1960 Joe Burgasser brought in his 1959 Chevy for custom work. It was known as the "The Extasy" after we reworked the Chevy using it's bodystyling to create a molded, swooping tailight tunnel, which matched the fender line. It had a mesh insert behind the tailights and for the center of the trunk lid trim we made a chrome insert. The Chevy was painted in Danube Blue Pearl.
Barris photo collection - Barris Kustom of the fifties - Motorbook international
_________________
We don't care the People Says , Rock 'n' roll is here to stay - Danny & the Juniors - 1958