Most car people familiar with the Besasie clan of Milwaukee probably know of them in connection with designer Brooks Stevens. Ray Besasie Sr. had been Stevens’ personal mechanic since 1940, Joe Besasie designed a number of concepts for Stevens – including the Excalibur – and Ray Besasie Jr. built and raced cars for Stevens (as well as the Excalibur Kart). Yet the Besasies put their prodigious talent to work on their own projects as well, including the Besasie Explorer, which became the focus of a two-page spread in the March 1961 issue of Mechanix Illustrated. 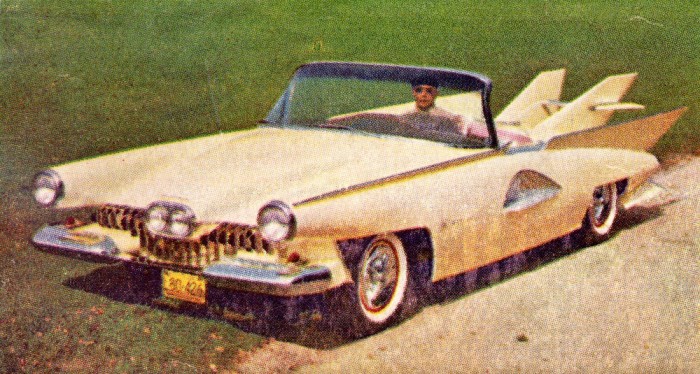 As noted in the article, Joe designed it while Ray Sr. and Ray Jr. built it. The Explorer played host to a number of innovations, including center-seat steering, a knee-controlled hydraulic steering mechanism, and no doors. They based it on a 1957 Chevrolet chassis and used a modified 365-cu.in. Cadillac V-8 that the they claimed was good for 350 horsepower, 21 MPG, a 6-second 0-60 time and a top speed of 140 MPH. According to a March 1961 Popular Science article, the Besasies sold the Explorer for $20,000 (about $147,000 in today’s dollars) before they even built it. 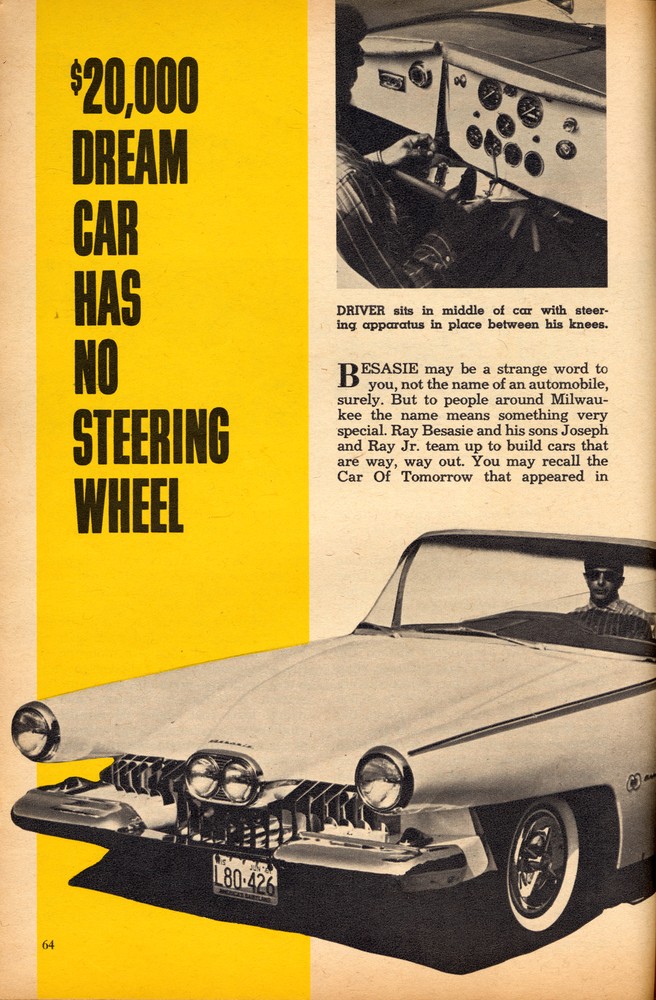 Also as noted in the article, the Besasies built another car a couple of years earlier. That was actually the mid-engine aluminum-bodied equally bizarre X-2, making the Explorer the X-3. A two-seater preceded both in 1955 as the X-1, and another center-knee-steer car followed as the X-4 later in the 1960s. However, the Besasie clan’s tinkering goes back even further than that, to the pre-war era, when Ray Sr. owned a Texaco station in Milwaukee and built race cars both for himself and for his neighbors. It was likely that experience that led him in 1941 to build an exhaust-driven supercharger (he didn’t call it a turbocharger at the time) based loosely on production crankshaft-driven supercharger technology. 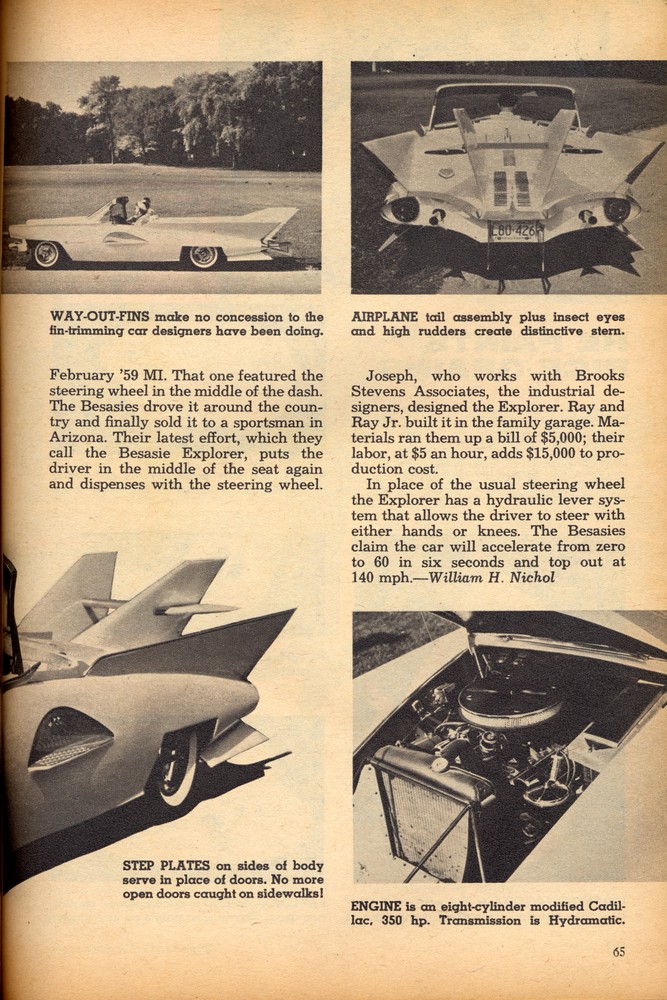 Of the four Besasie built cars, it appears that three – the X-1, the X-3, and the X-4 – still exist today, though the X-3 has been fitted with a top similar to the X-2′s and the Cadillac engine has been replaced with an Olds 455. 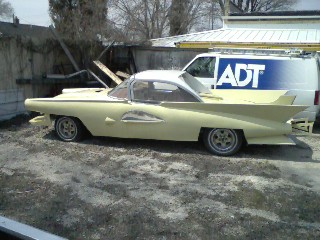 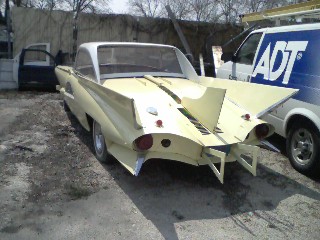 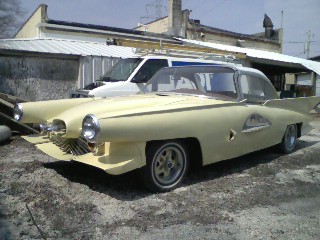